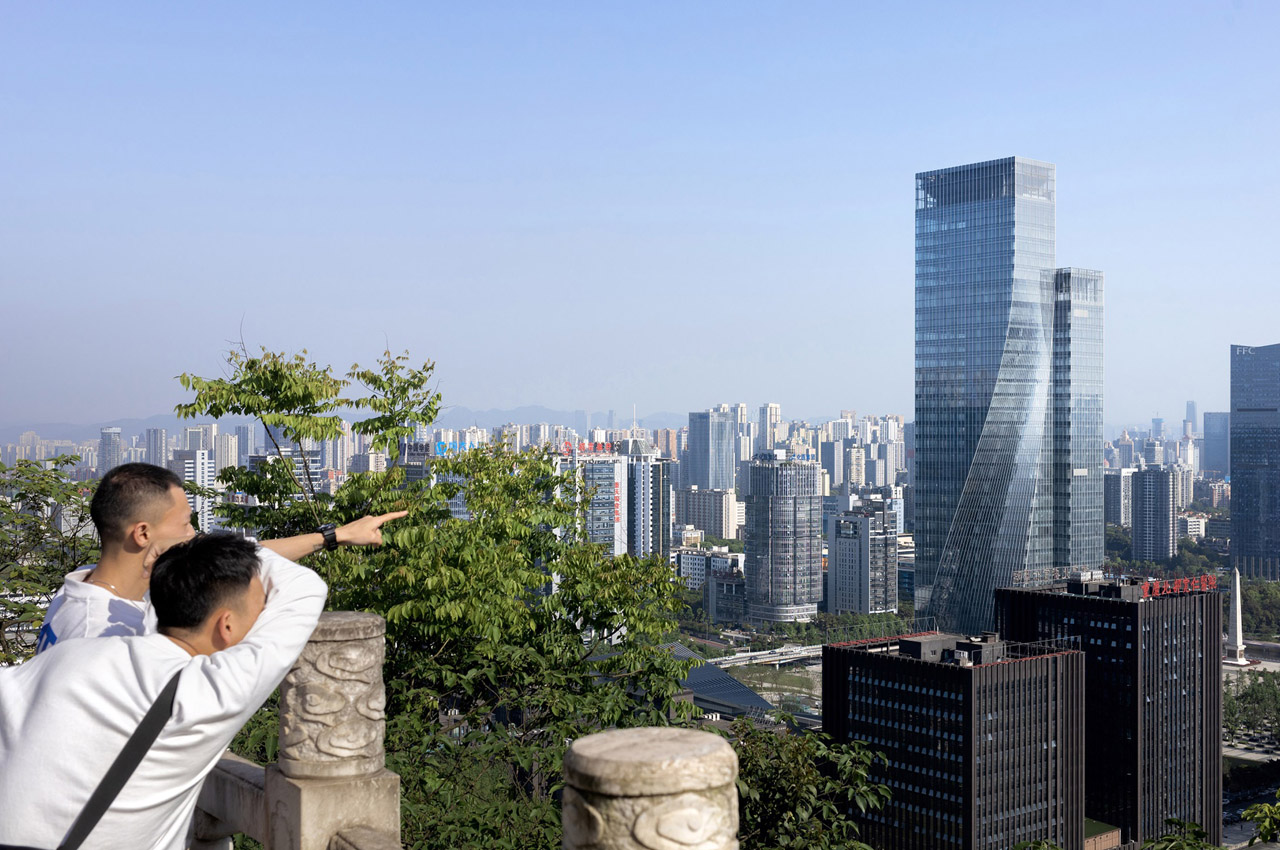 Aedas unveiled the Dance of Lights office tower in Chongqing, China. Situated in Xingfu Plaza in the Jiangbei District of Chongqing, the mesmerizing structure features two double-curved facades, which draw influence from the Northern Lights. The curved facades give the impression that the building is in fact twisted! It’s considered to be the “most twisted tower in the world” 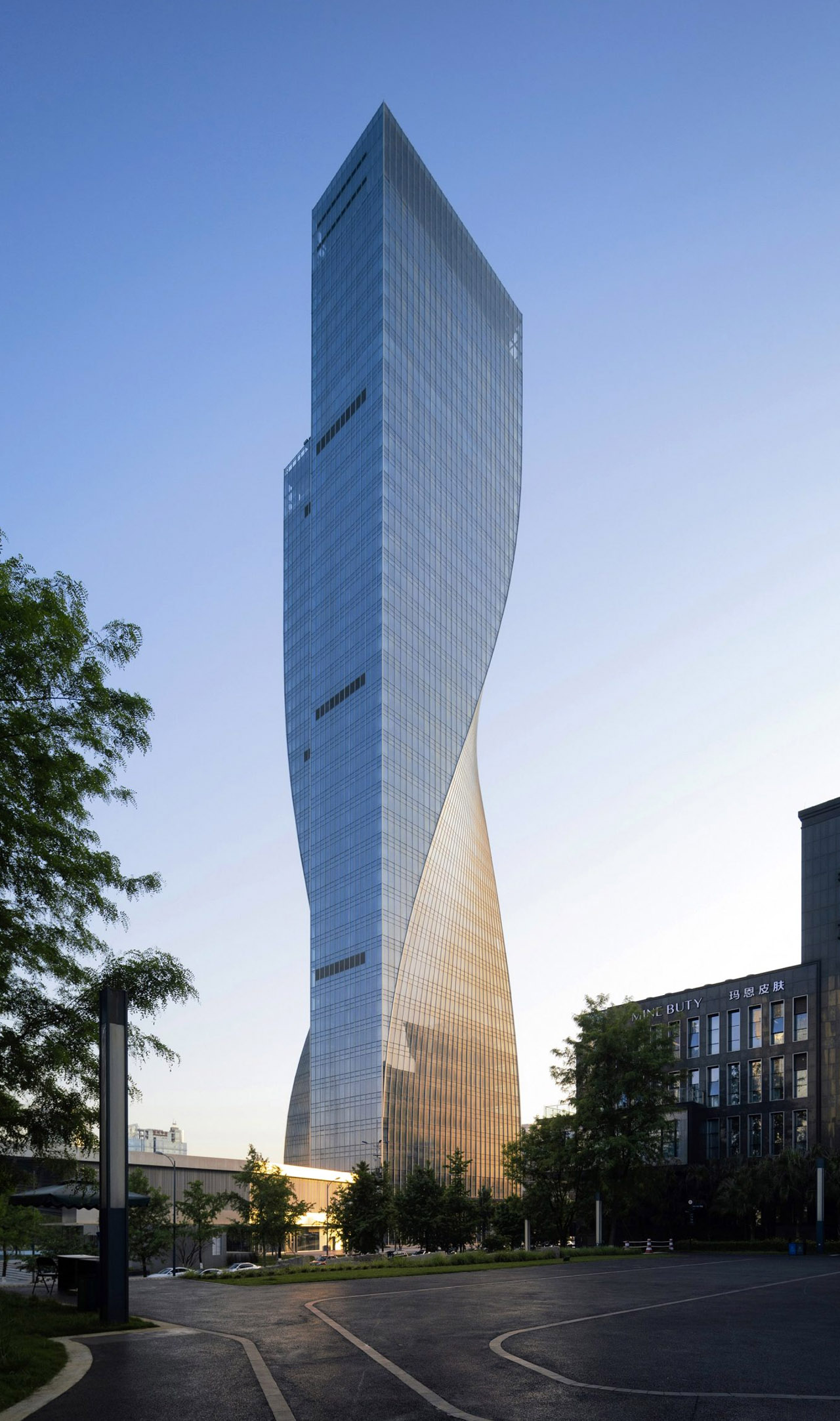 “The concept of the Dance of Light was proposed to celebrate the achievement to embrace technology by the city of Chongqing,” said Aedas.

Standing tall at 180 meters, the 39-story skyscraper is marked by gentle curves and gridded panels. It was designed to be a ‘landmark building’ in the busy business district where each of the structures is inspired by stars and celestial bodies. And we love how wonderfully Dance of Lights drew inspiration from the Aurora Borealis! Aedas wanted to make the skyscraper as natural, dynamic, and elegant as the lights. And indeed, the refraction of the tower’s reflective glass further captures the essence of light and celebrates it. 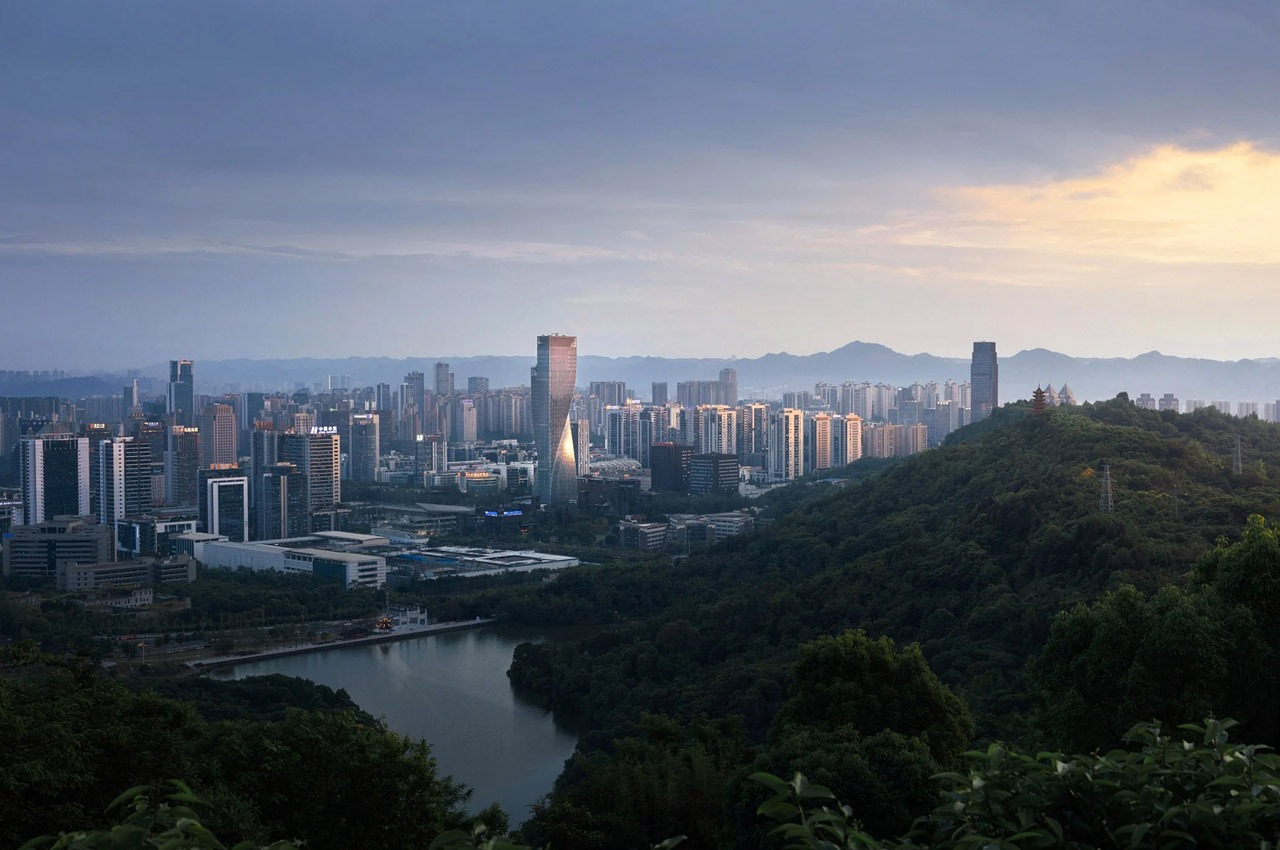 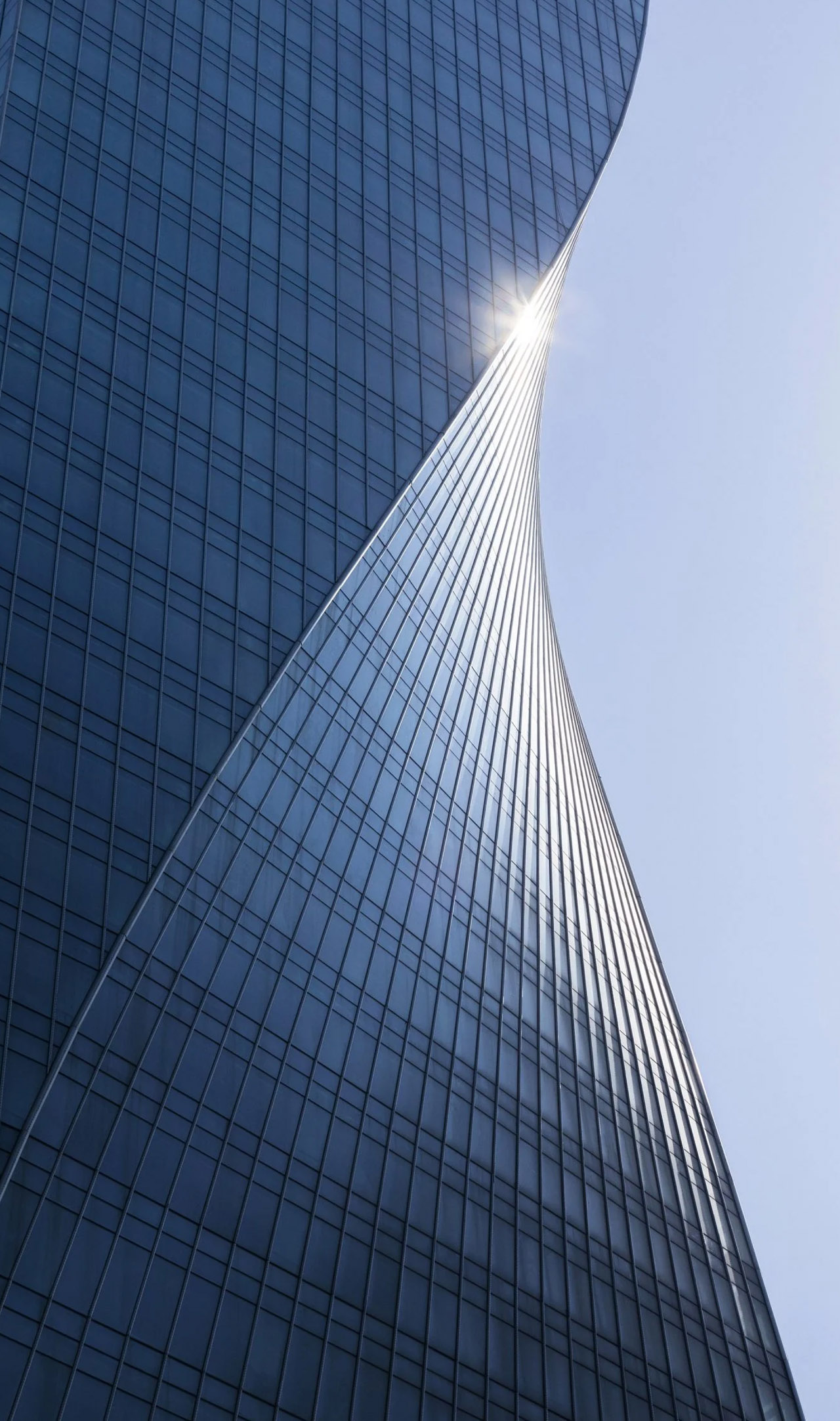 The building’s facade was clad in double-curved cold form glass, which lends a very smooth exterior to the structure. The building twists at an angle of almost 8.8 degrees per floor, which is more than 1.5 times of any other skyscraper in the world, hence rightfully making it the “most twisted skyscraper” in the world! They cited a 2016 issue of the CTBUH journal to further claim this. The smooth surface is marked by vertical lines of the gridded panels or mullions which are curved and silver in color (owing to a bright silver PVF2 finish). This ensures that light reflects off the building, giving it different looks and appearances throughout the day from different angles. 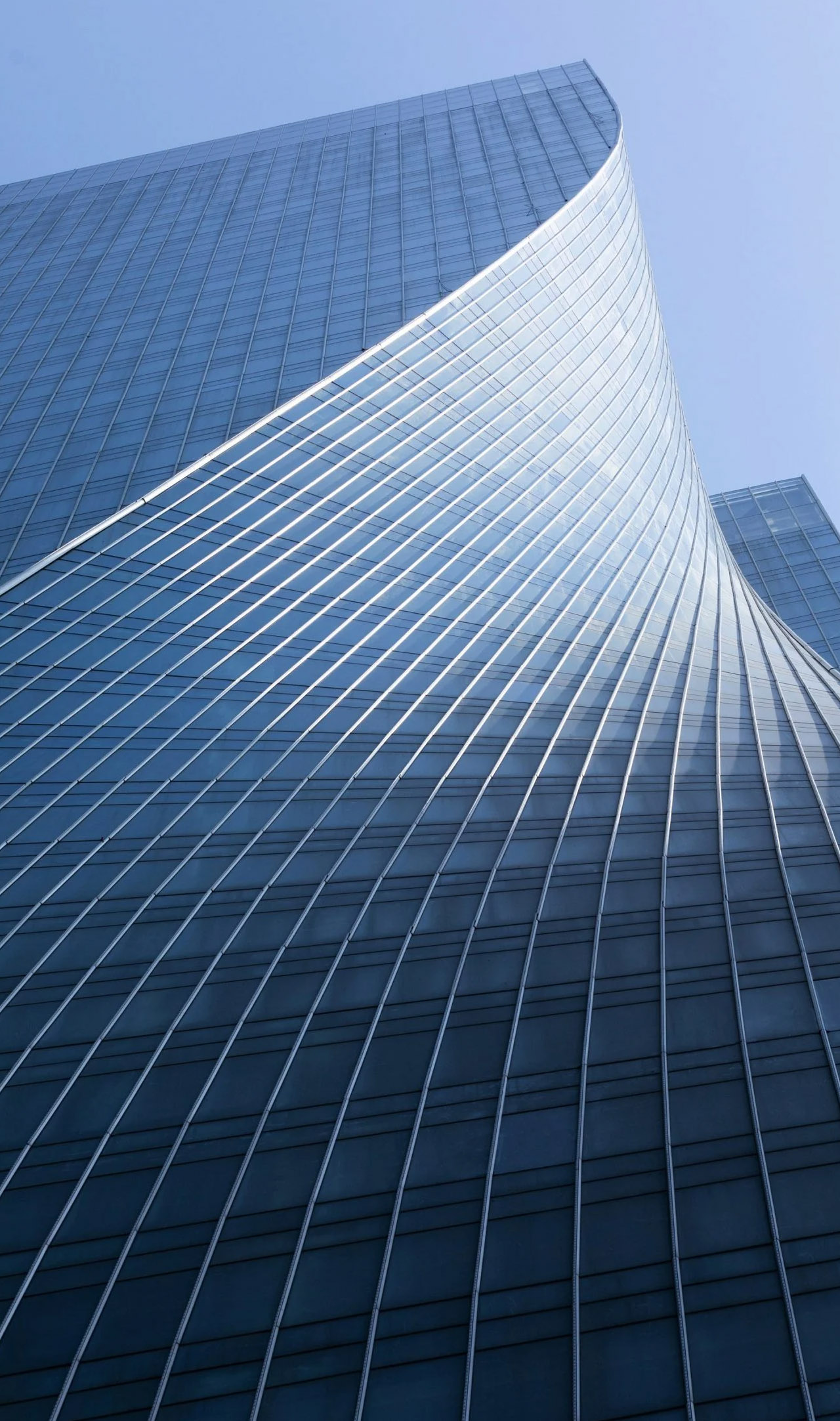 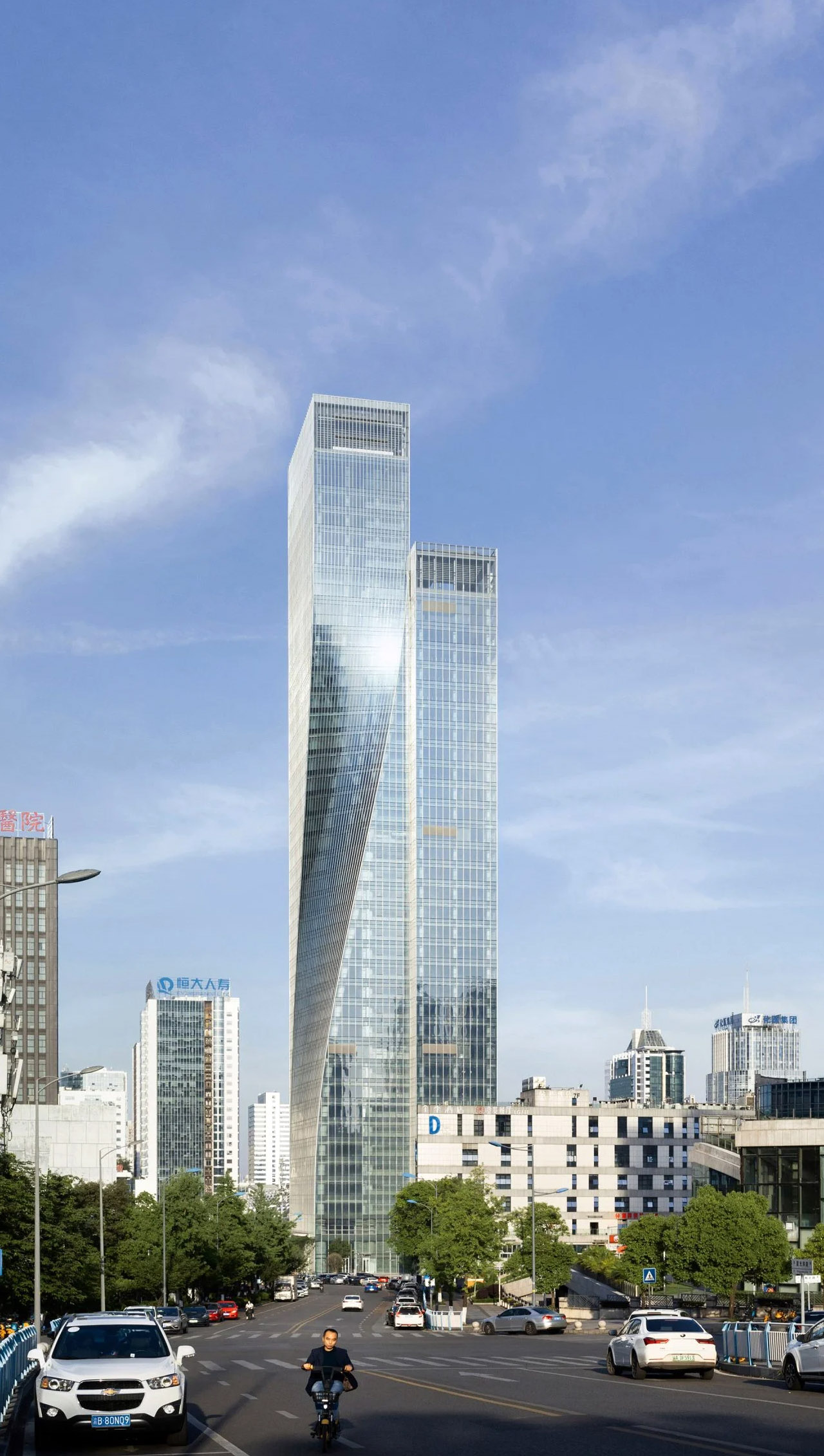 “To pursue the concept of the Dance of Light, the design team set their goal to utilize light to define architecture,” said Aedas.”This is a huge challenge and through the creation of two distinctive twists, a curvaceous form is generated that allows natural light to follow the contour of the building to give character and a special signature. By integrating two opposing twists at each end of the building it will present an ever-changing facade to the urban context,” they continued. 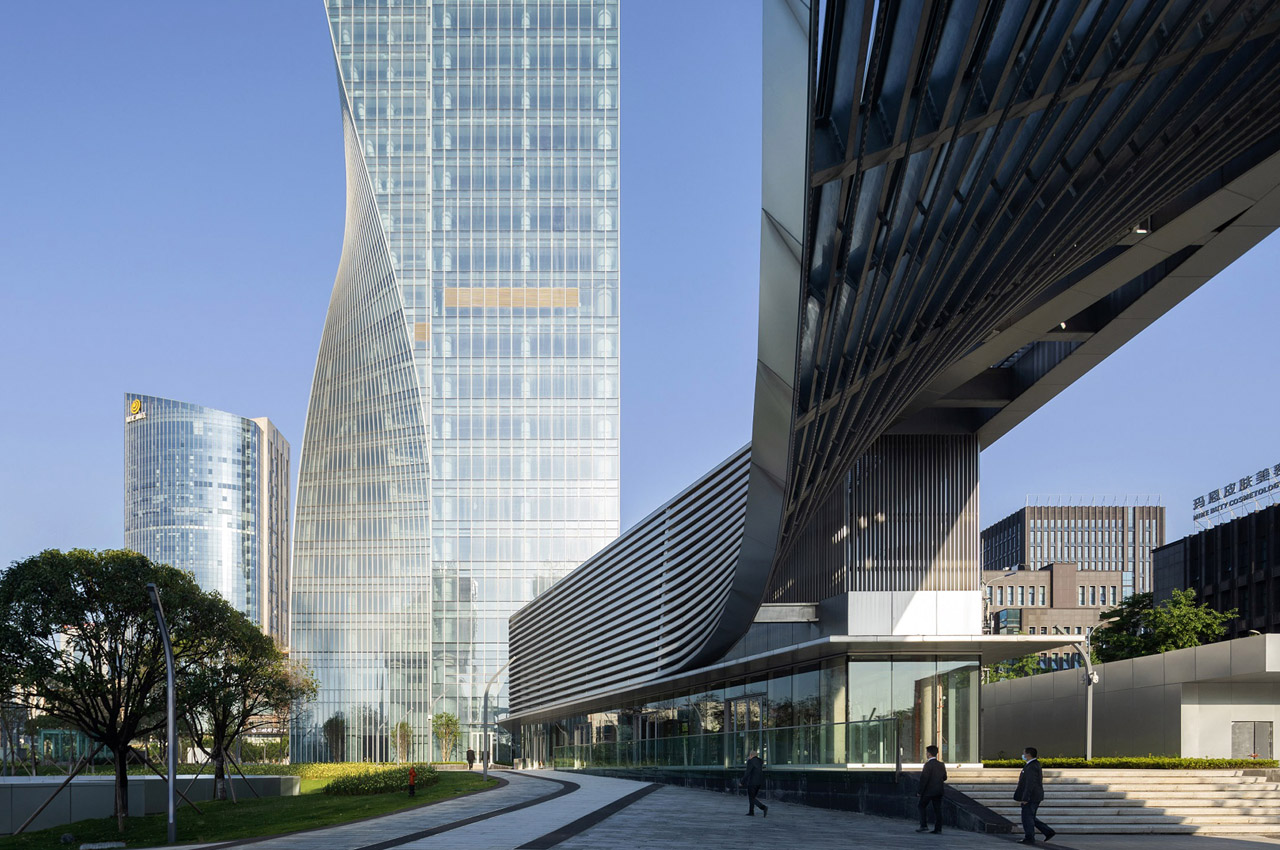 34 floors of the building will function as offices, whereas the top five storeys will be utilized as meeting rooms and facilities, or as a “district reception space for guests”.  A block holding restaurants and cafes have been placed at a lower level, next to the building, with a twist on the roof, as an ode to the skyscraper. 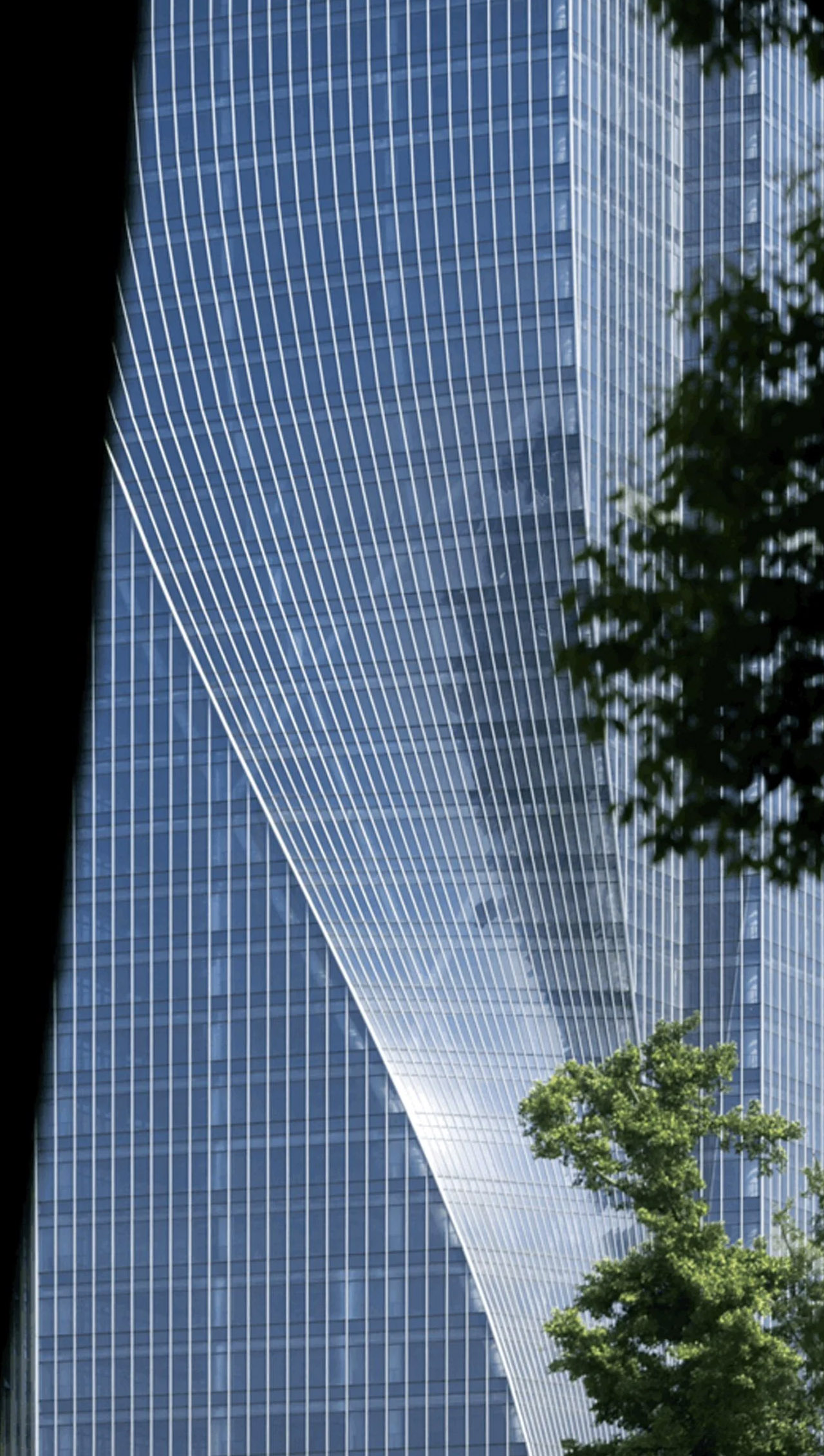 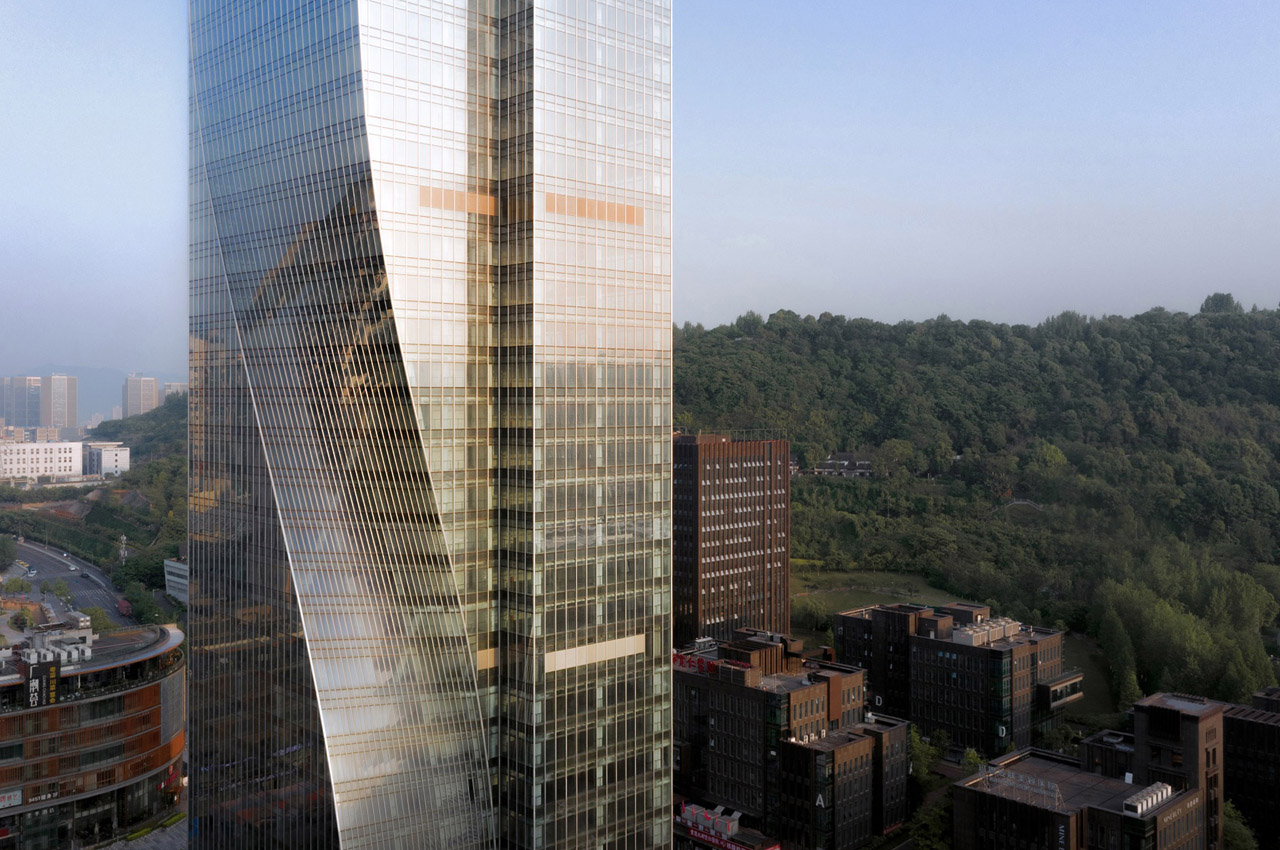 Nestled in the mountains of Córdoba is a black-stained concrete home called The Black House. Designed by Argentinian studio AR Arquitectos, the home occupies 550…

This A-frame, cantilever cabin comes wrapped in a mesh that makes it glow in the dark come nighttime

Like a lantern in the night, La Invernada glows underneath the canopies of a forest in Curicó, Chile. The small, cantilever cabin, built for weekend…

USB-C hubs and other MacBook Accessories that are the best investments of 2021 for Apple fans!

My MacBook is probably one of my most prized possessions! It contains basically everything I hold important in my life – from work documents to…

This wooden cabin comes in a flat-pack DIY kit so you can assemble your own tiny holiday home!

Setting up camp has never looked so good and it setting up a minimal glamping cabin just got a whole lot easier thanks to Den!…