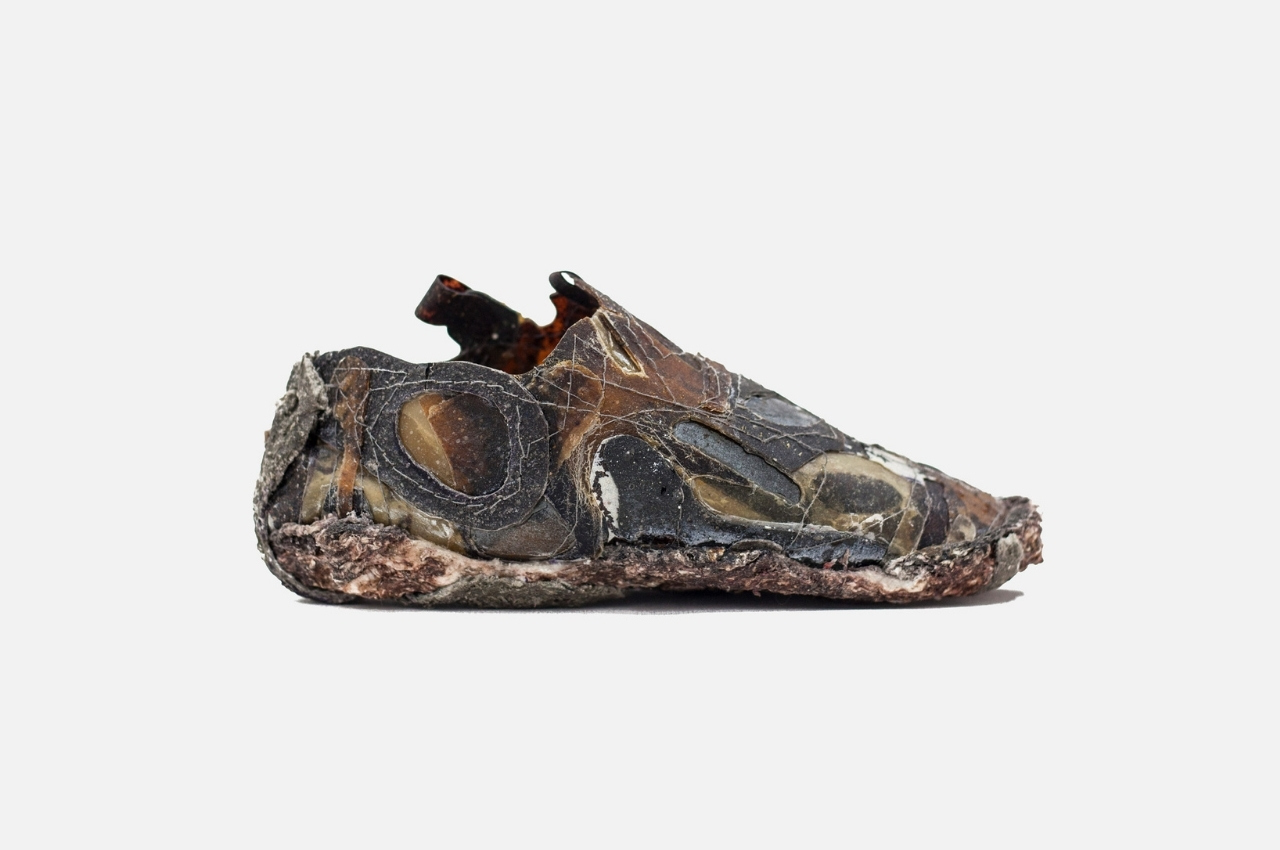 If you’re the kind of person whose shoes last for years and years, you sometimes don’t know if they’re still wearable especially if you haven’t worn them for a long time (like say, during the pandemic). But as long as it’s still wearable, especially if it’s your favorite, then you probably wouldn’t mind wearing it as long as it’s still okay. But if it looks like it’s decaying or falling apart, would you still keep it and wear it? That’s an interesting question to ask when faced with a pair of “living” footwear that looks like it has seen better days. 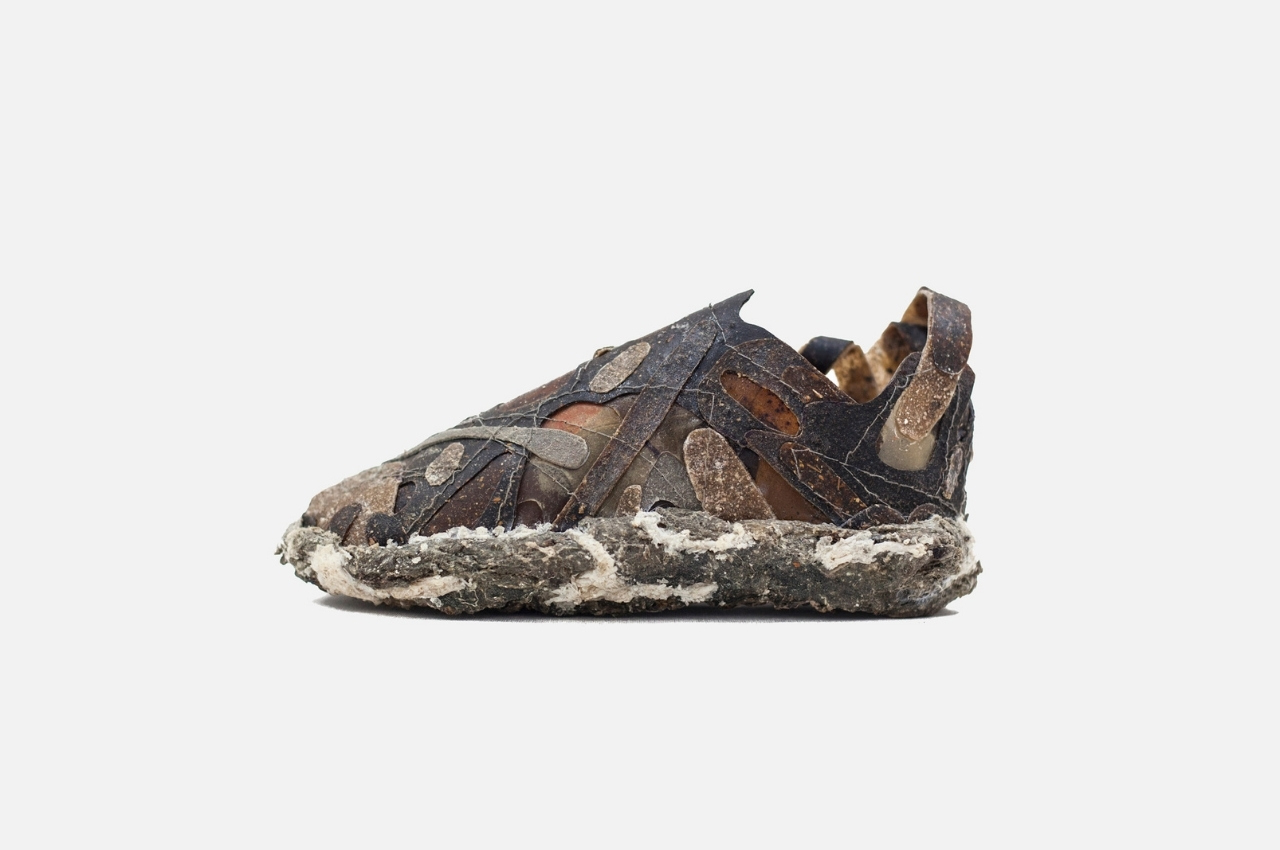 The Kajola shoe collection is made to look like decaying footwear as the materials used are natural. Because of the way it’s designed, it’s really more of a piece of artwork than functional footwear. They want to call it “living artefacts” made from various biomaterials like volcanic dust, clay, and even cacao powder and so as the years pass by, it will naturally curl into itself, just like leaves and other organic materials do when they decay. They are named after an area in Nigeria and a trip to local forests. The idea is to push what other things plants can be used to create. 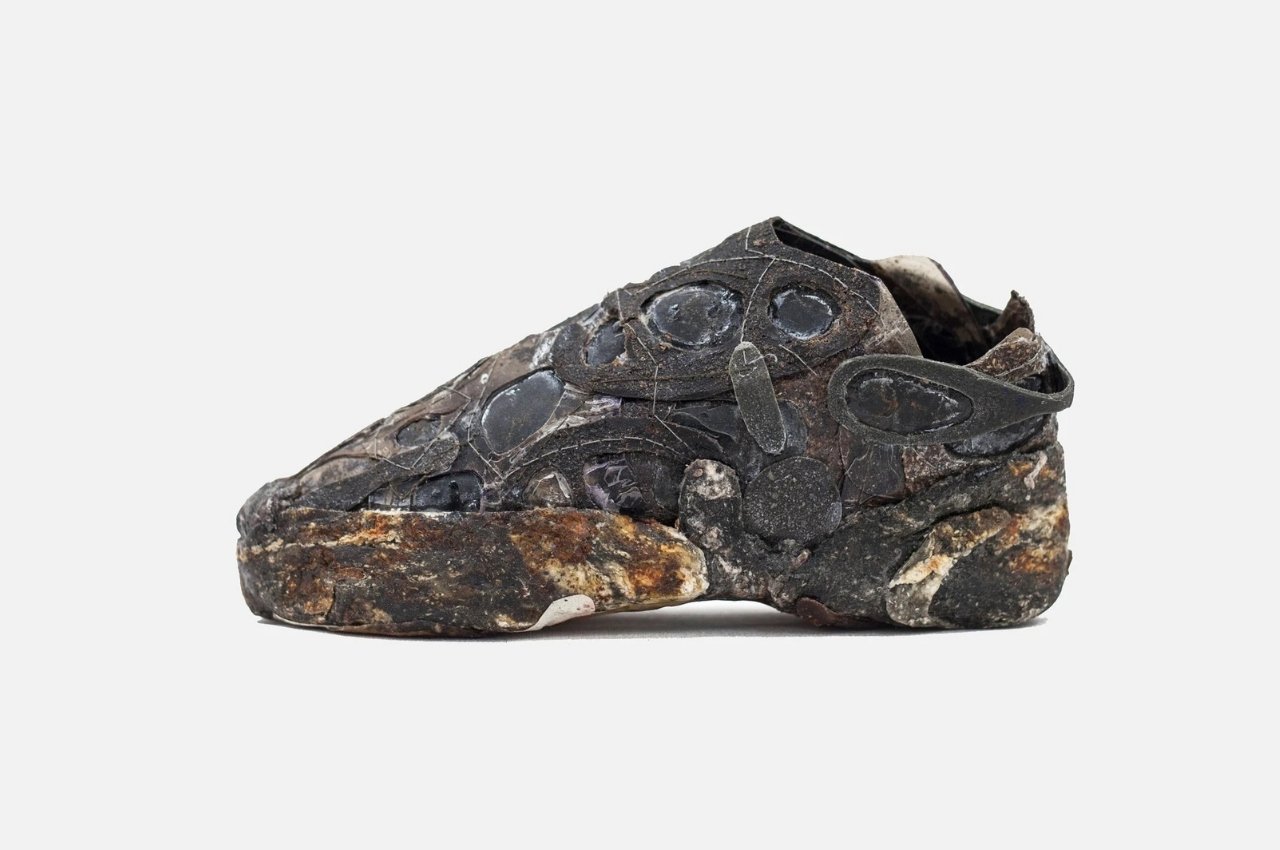 The collection is made up of nine experimental shoe designs, all shaped similar to slipper-like footwear. The soles are made from a mixture of plant fibers, clays, plant starch, and other materials that can be used as a base. The upper portion is made from other natural fibers and mixed with natural additives like herbs, sand, flowers, and algae. They are actually hand cut and sewn and they even used a Japanese shoe patcher sewing machine to create this. Normally this machine is used to repair leather goods so you know it can withstand tough materials. 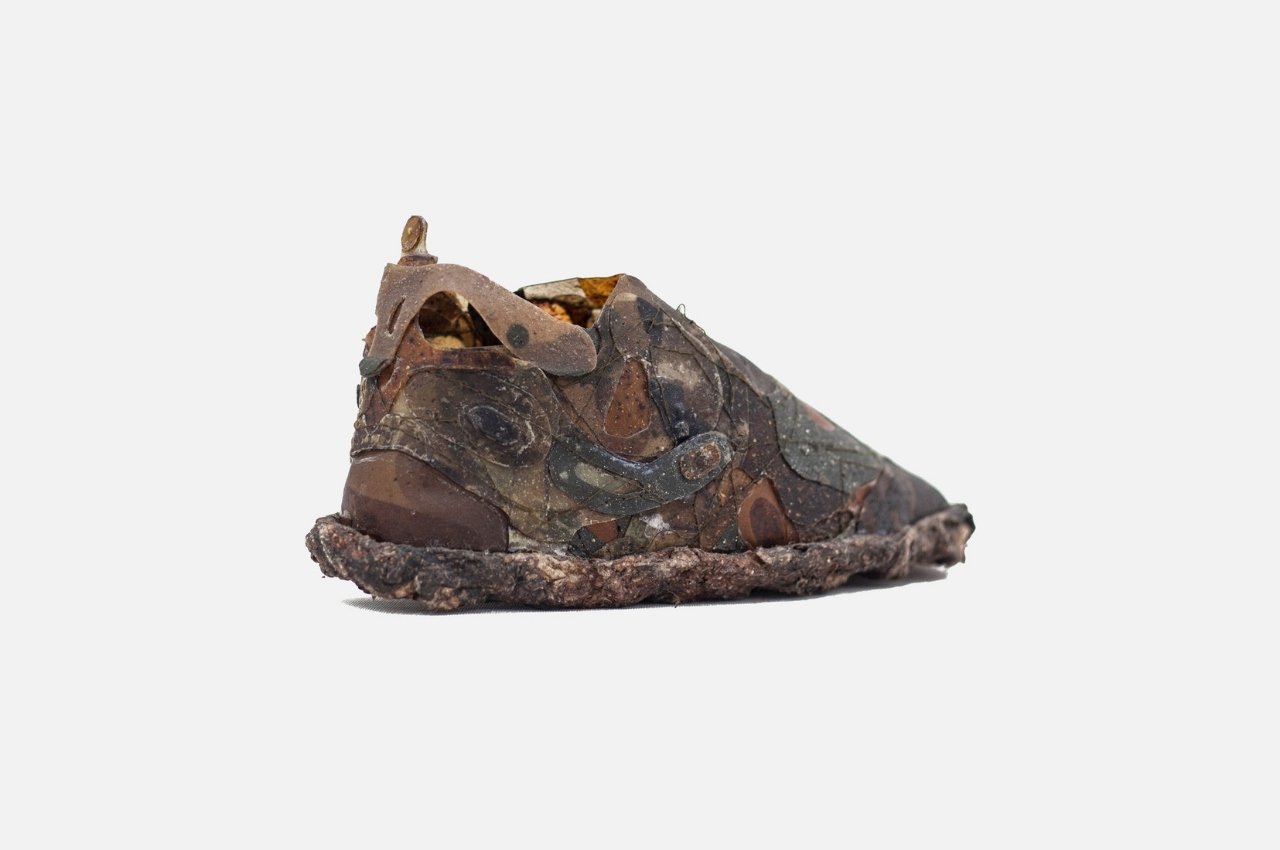 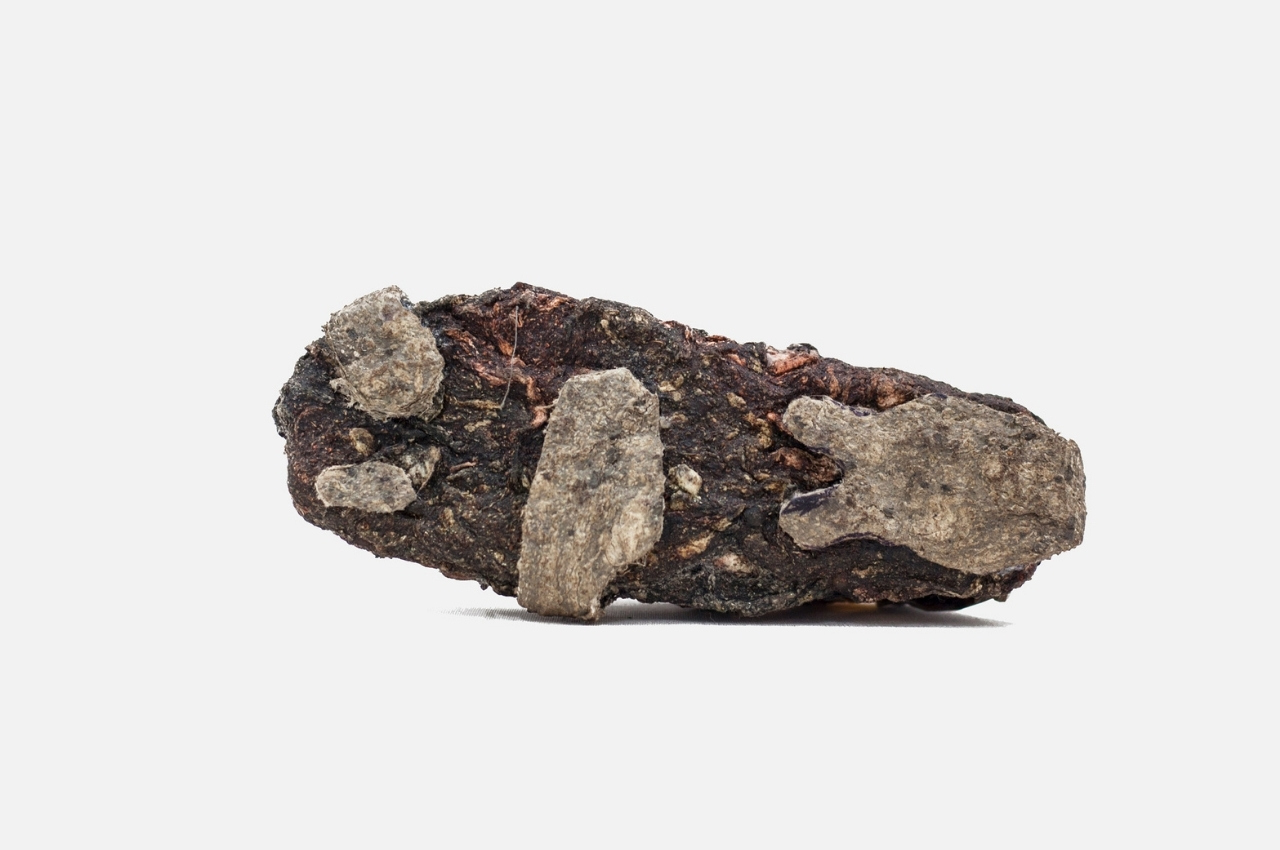 They are planning to develop a wearable version of this next year although I’m not sure if people would be interested to wear something that looks like it. Well, it’s pretty cool looking and can be a good conversation piece if anyone asks you “Why are you wearing an old pair of shoes?”. 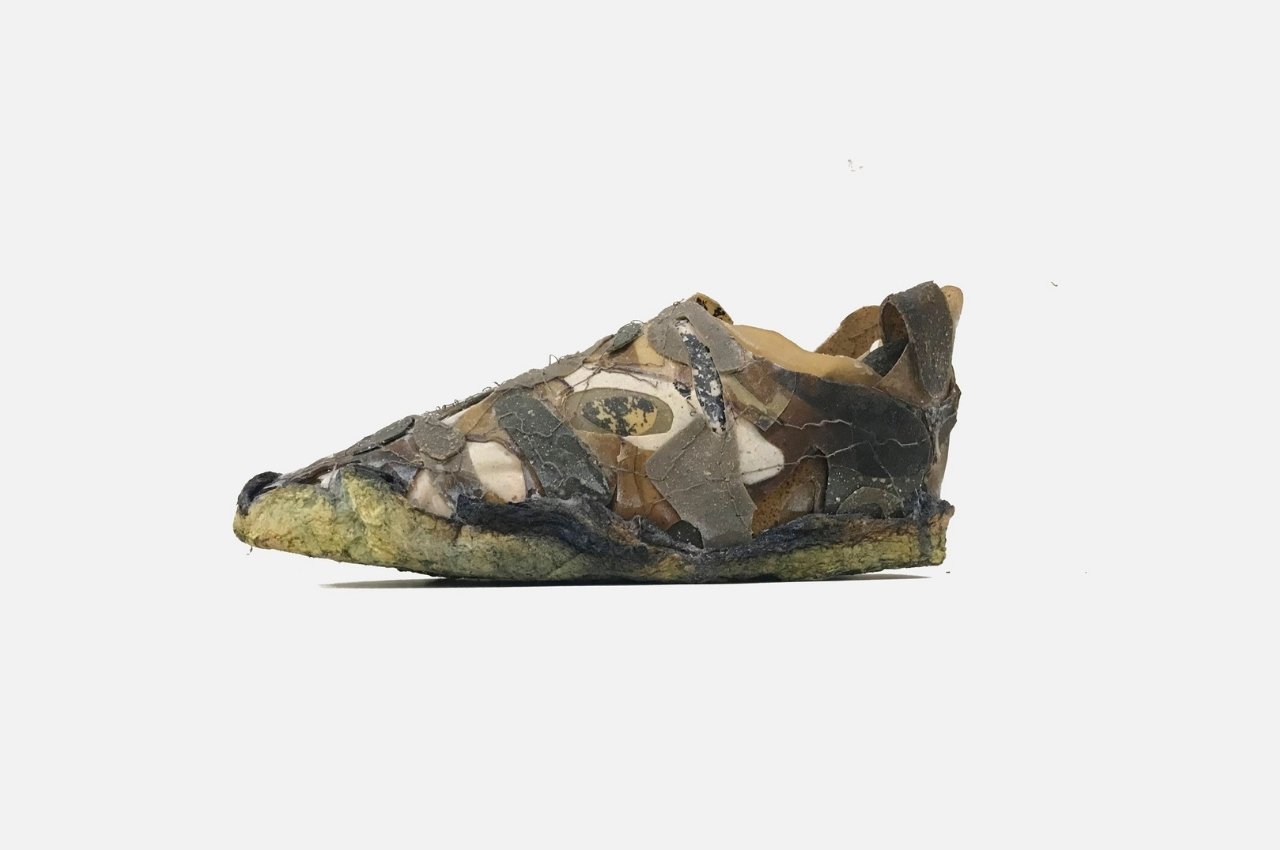 The wind is one of the planet’s renewable sources of power, but its inconsistency and almost whimsical nature make it almost unreliable. Unlike solar panels…

This isn’t a planter. You’ve been warned. The ‘Grow’ is much more complex than that. Designer Malgorzata Blachnicka compares it to a kitchen tool/appliance, much…

Defeating Fast Fashion – These classic pair of sneakers were made slowly, fairly, and sustainably

https://www.kickstarter.com/projects/hirundo/hirundo-sustainable-slowdown-sneakers The HIRUNDO shoes are all about being as simple as possible. Their aesthetic? Simple classic. Their materials? Simple sustainable. Their manufacturing? Simple and slow….