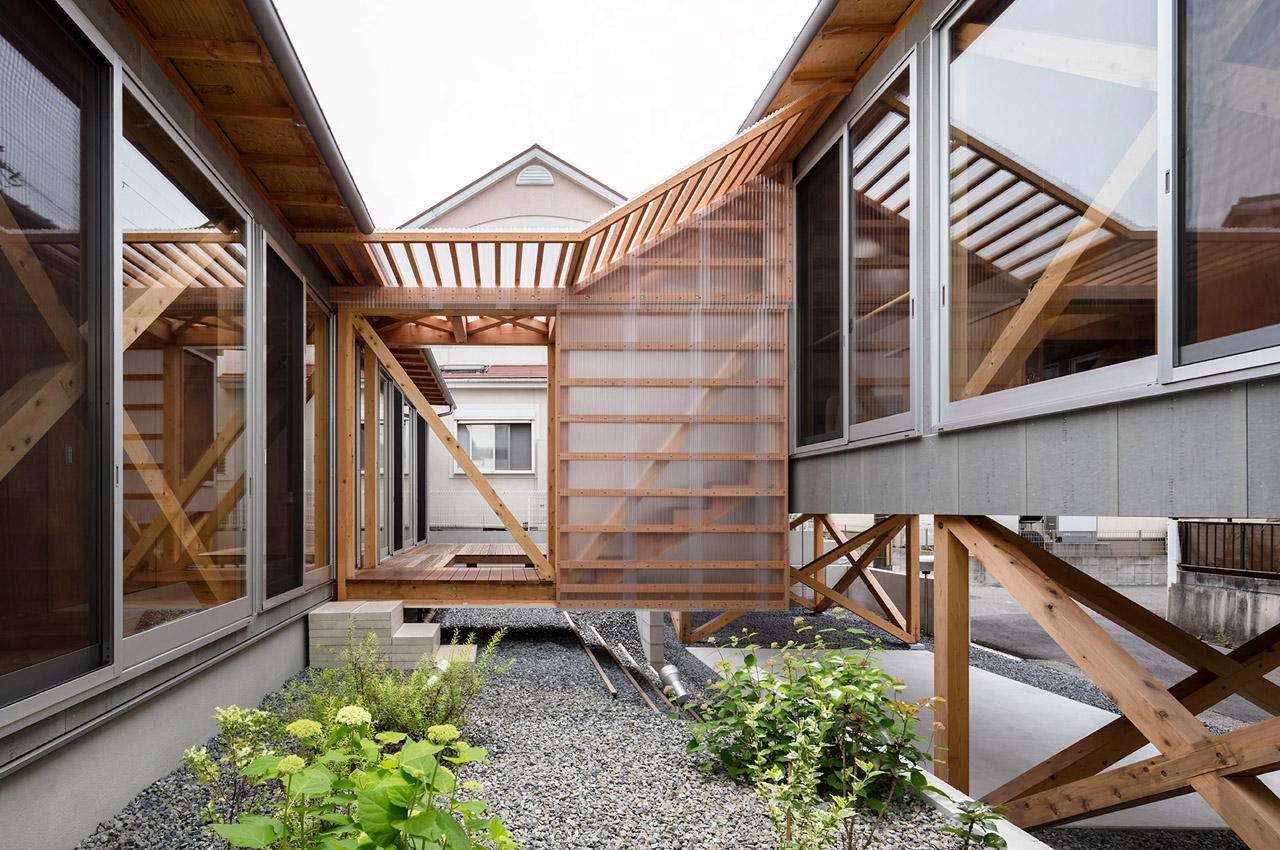 Architectural firm KKAA YTAA recently completed the ‘House in Front of a School’ or ‘House in Gakuenmae’ in Nara, Japan. The beautiful dwelling features a central courtyard, which is the star attraction of the home! What makes the interesting courtyard even more interesting, though, is the timber bridge that runs through it, connecting the two split portions of the home. 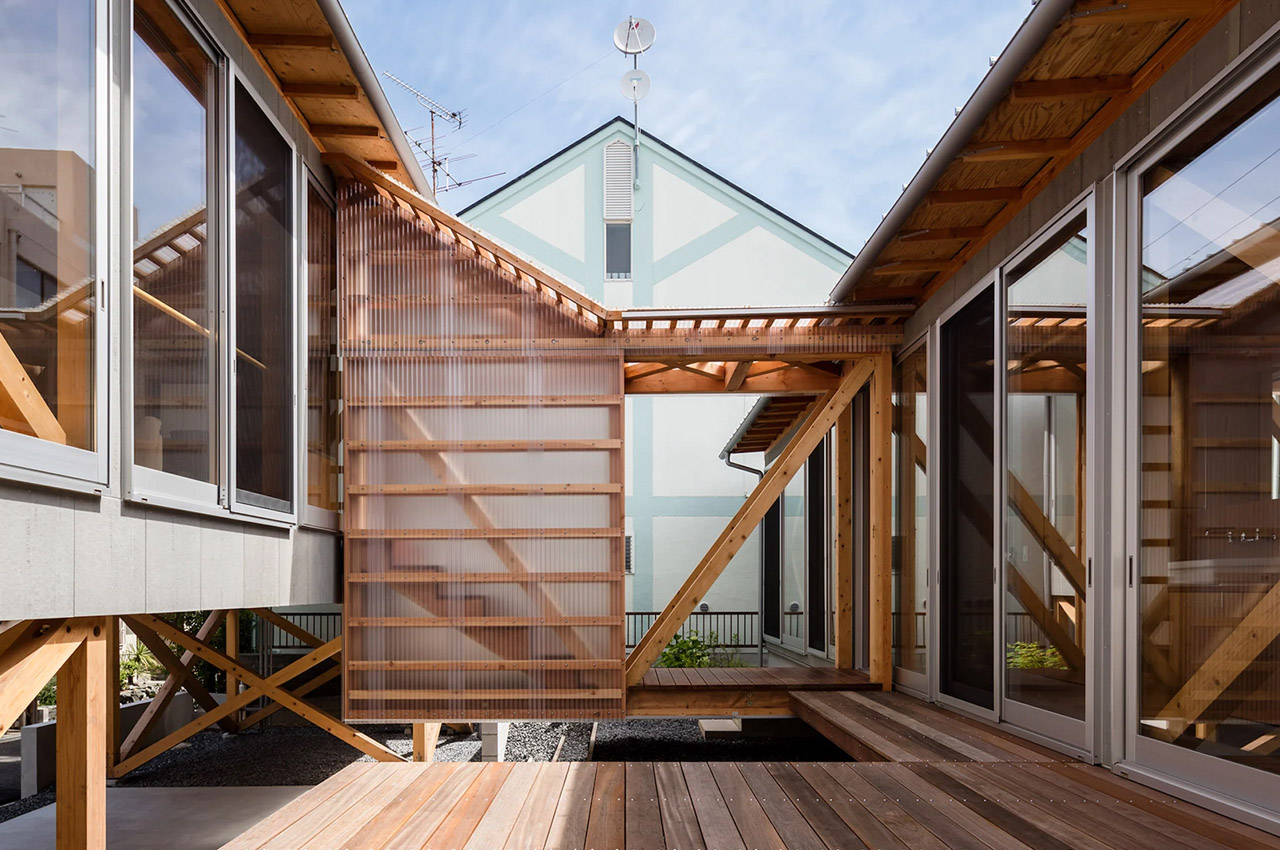 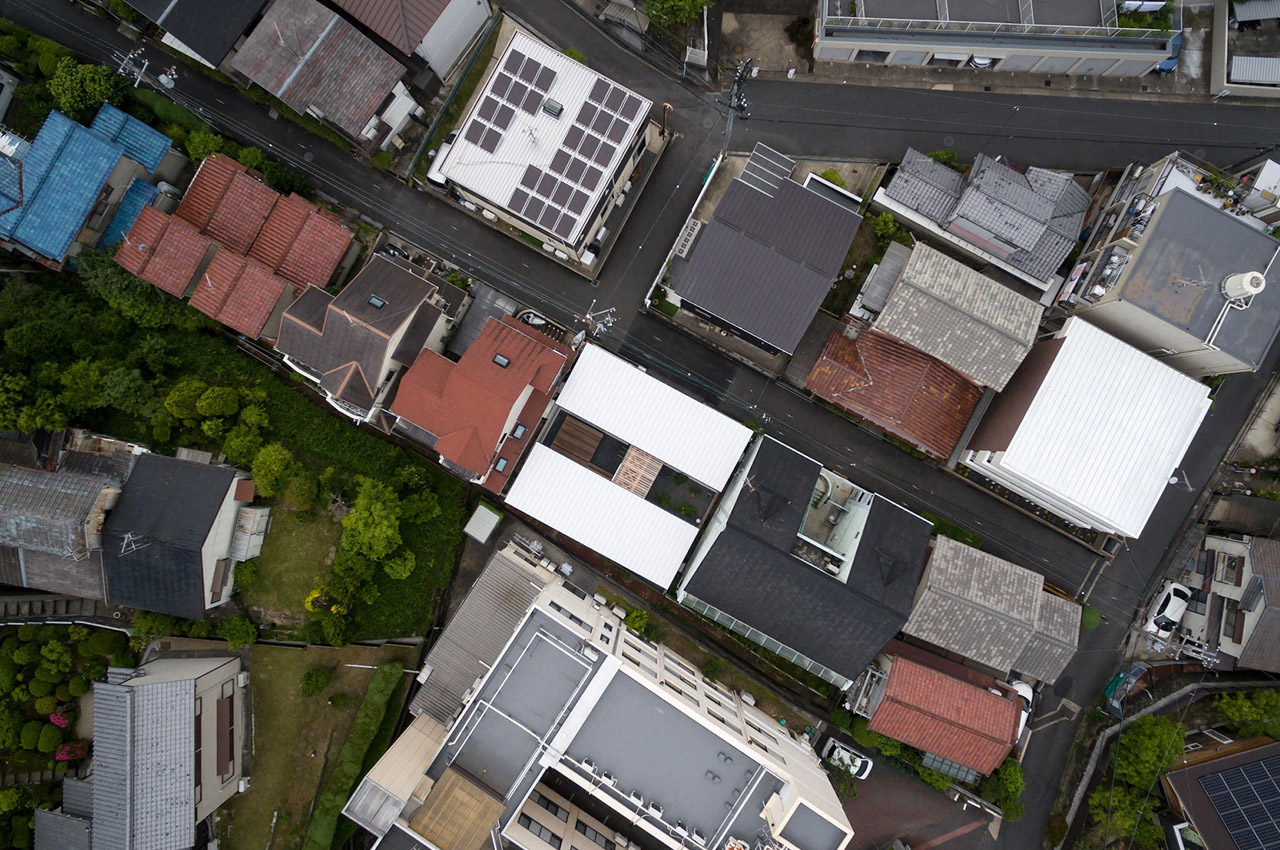 The client was a young couple who worked from home and was looking for a home that reflects and accommodates their unique lifestyle. They wanted a home that was compact and space-efficient while providing adequate space for two remote workers. An inherent connection to nature was also important for them. However, the most unique factor of the home is the fact that it is split into two portions, with the majority of the rooms overlooking the courtyard.

“It is a quiet place with few pedestrians and cars, but it is an environment that feels a little lacking in a sense of life,” said the studio. “We decided to divide the building into two to create a blank space. No matter where you are in the house, you can feel the light, wind, and greenery close to you by opening up to this margin.” the studio concluded. 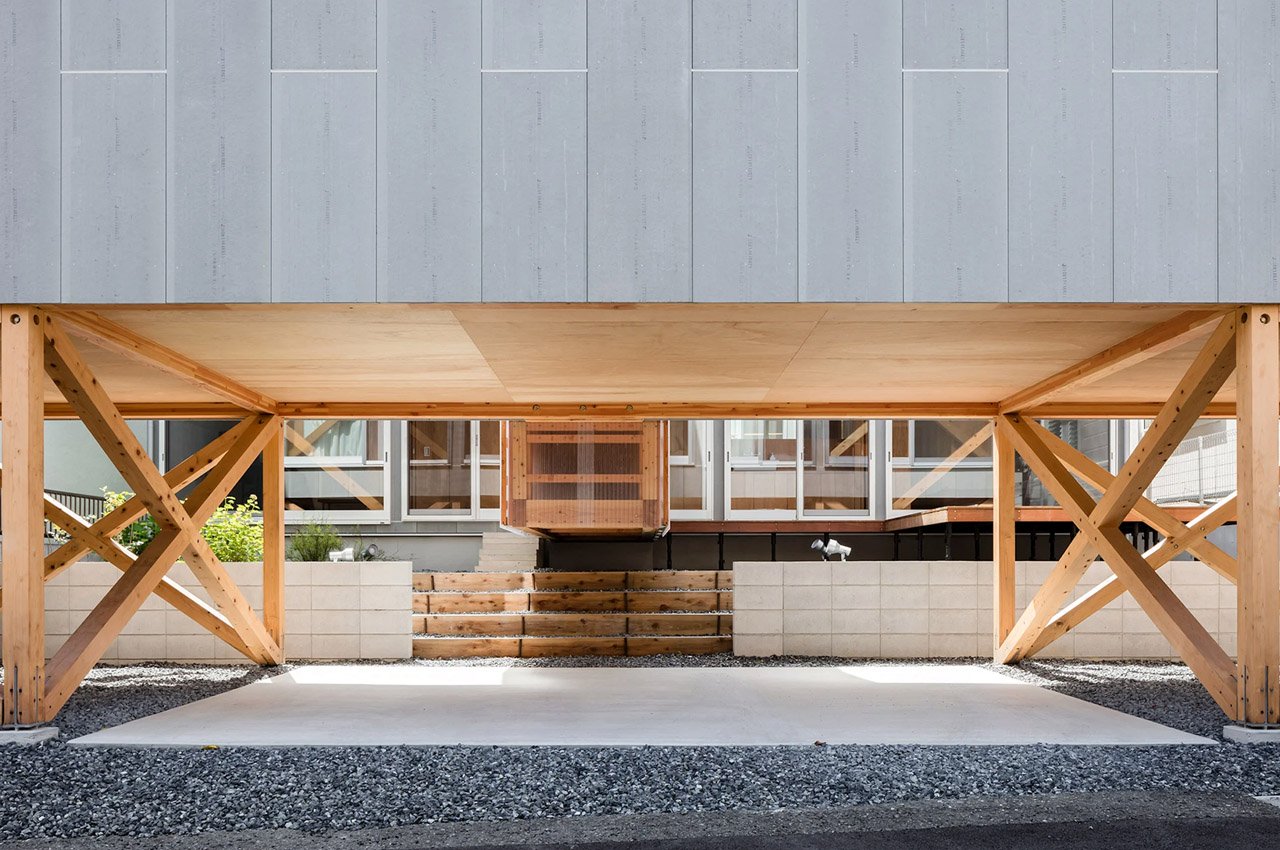 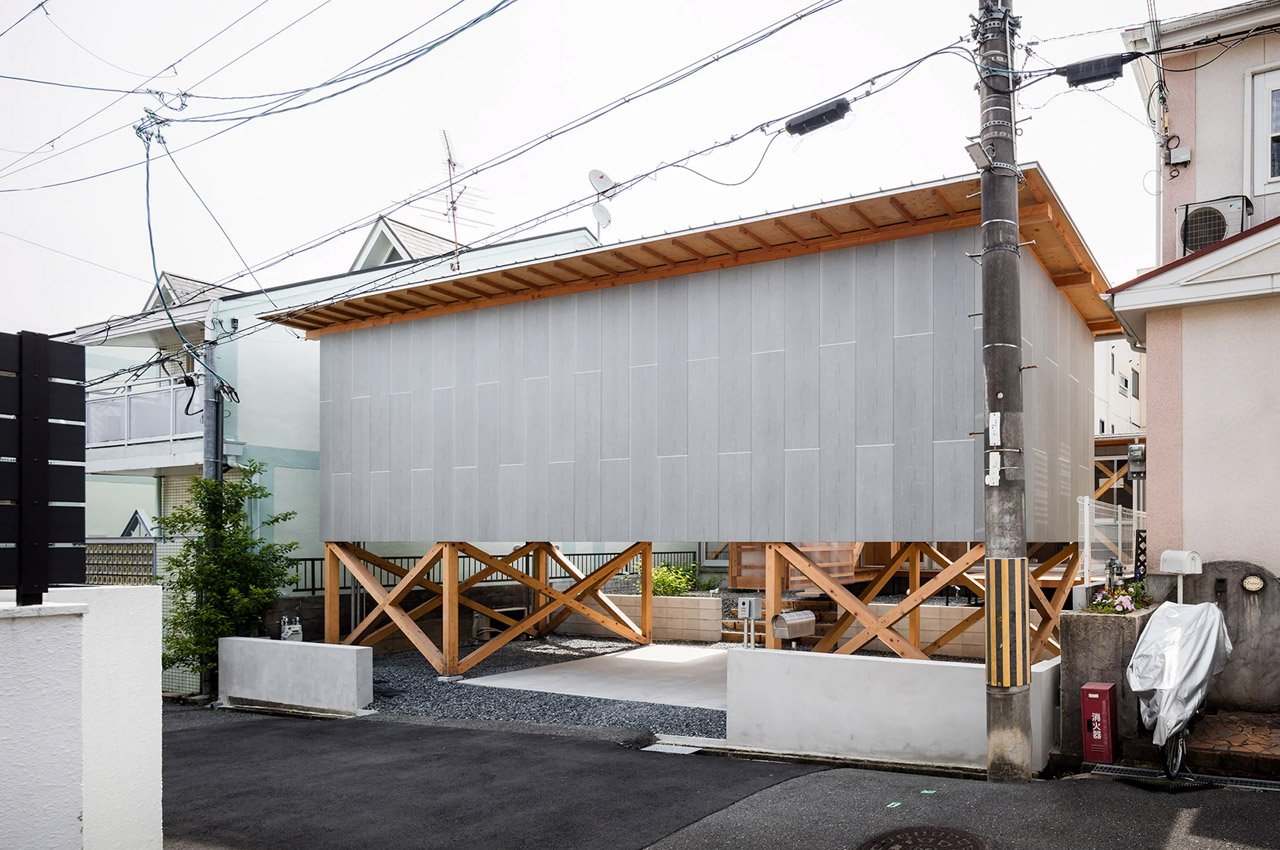 One portion of the home is elevated on timber stilts and features an open-plan concept with a living area and a kitchen. The stilts were added in an attempt to protect the home from floods. The area beneath the raised section functions as a handy garage. The timber bridge connects the elevated wing to the other half of the home. The bridge has been amped with adjustable walls, which can transform the bridge into an enclosed walkway or a deck when required.

“We aimed for a presence that can be said to be both the outside and the inside,” said the studio. “By opening and closing the walls, the bridge can adopt different forms, such as an external space where the sky and wind can escape, an internal space as a connecting corridor, and a semi-outdoor space like a porch that is connected to nature.” 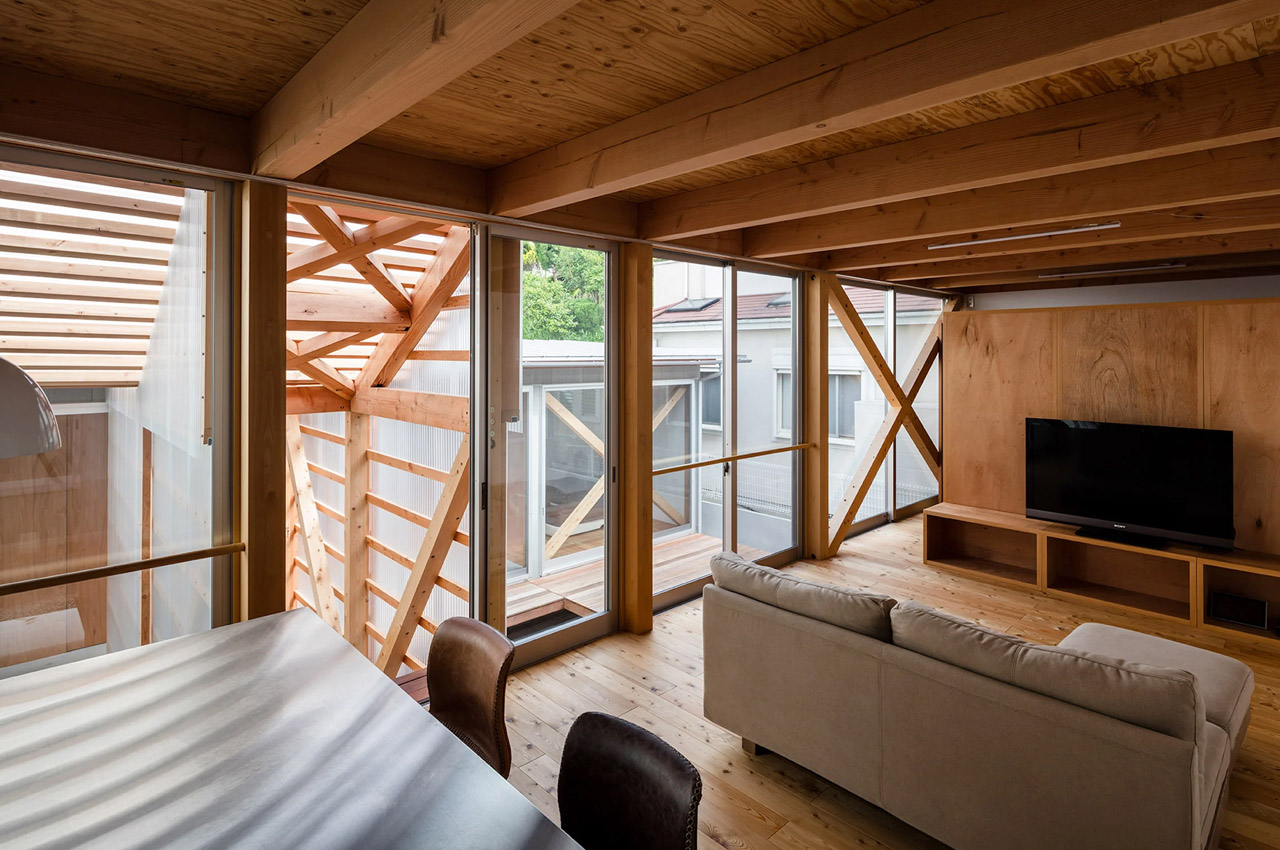 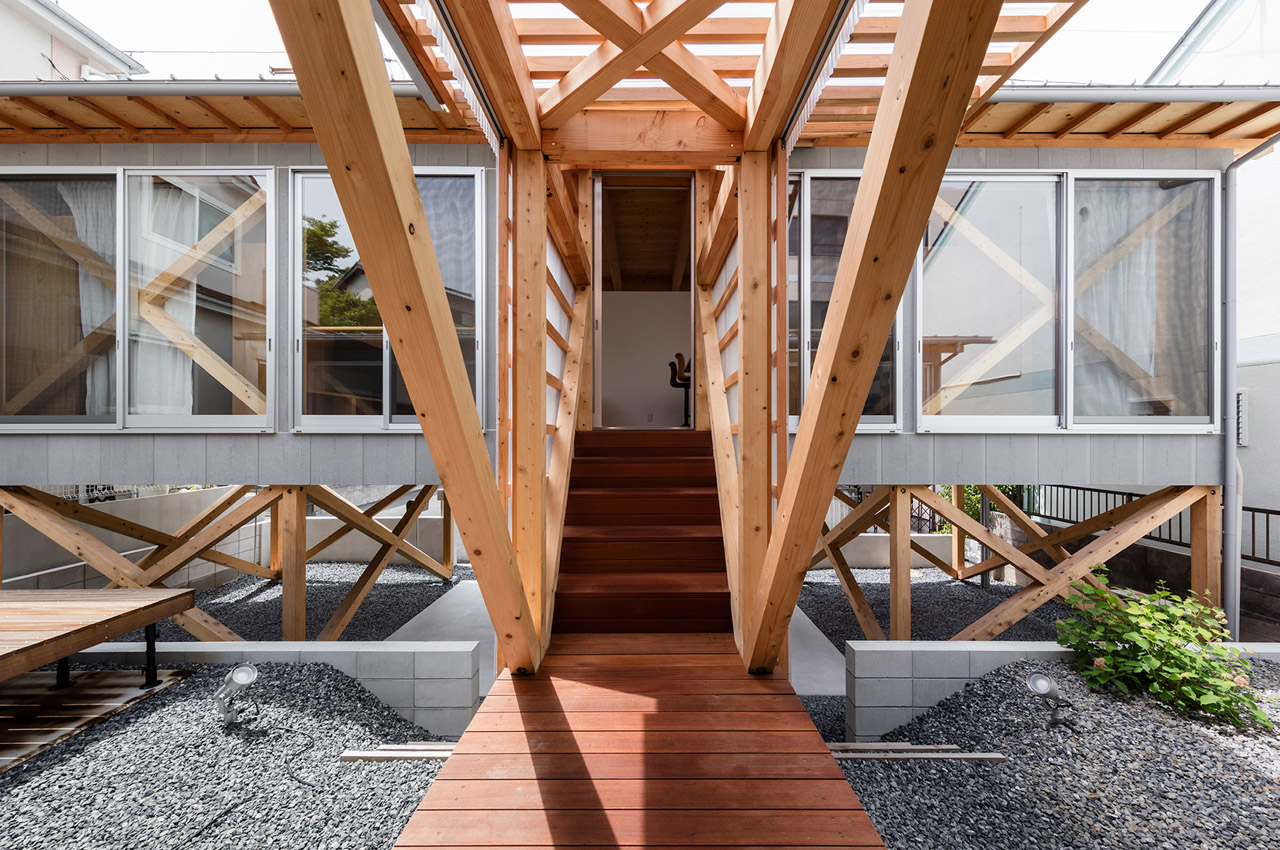 “By inserting a blank space between these two buildings, we hope that nature and the city will be indirectly connected and that it will lead to an increase in the open scenery in this quiet residential area,” said the studio.

The House in Gakuenmae is a stunning open space with exposed interiors and can be considered the epitome of indoor-outdoor living. Minimal wooden furniture and Japanese aesthetics further create a peaceful and zen living space. 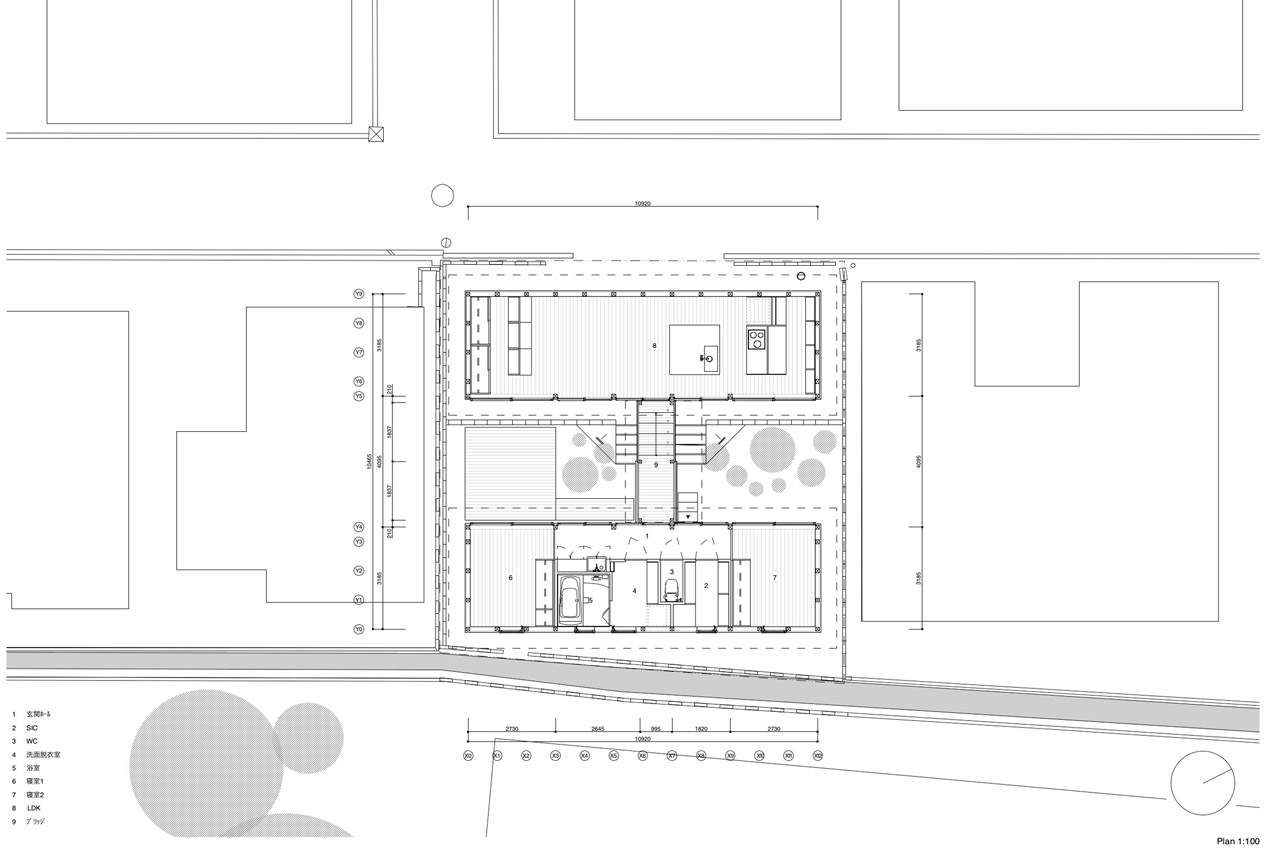 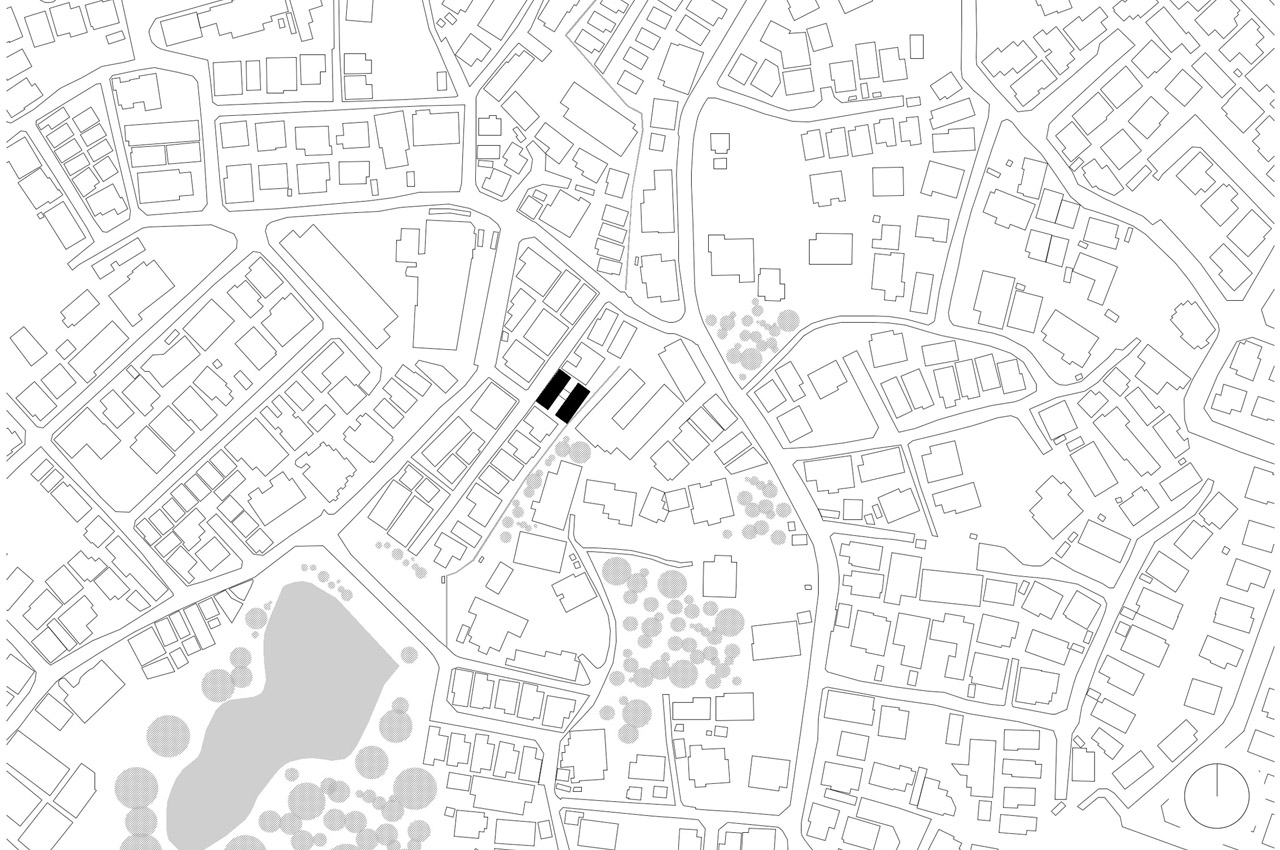 Recycled windowpanes make up the walls of this treehouse for 360 views of the snowy Catskills!

When designing interior spaces, we might prioritize personal taste, over feeling. For example, the minimalist appeal of a cushionless, stiff chair could beat out the…

The Biggest J in the World

Imagination is a fun game to play, and can result in interesting products brought about by unusual inspirations or strange combinations. Architecture has evolved so…