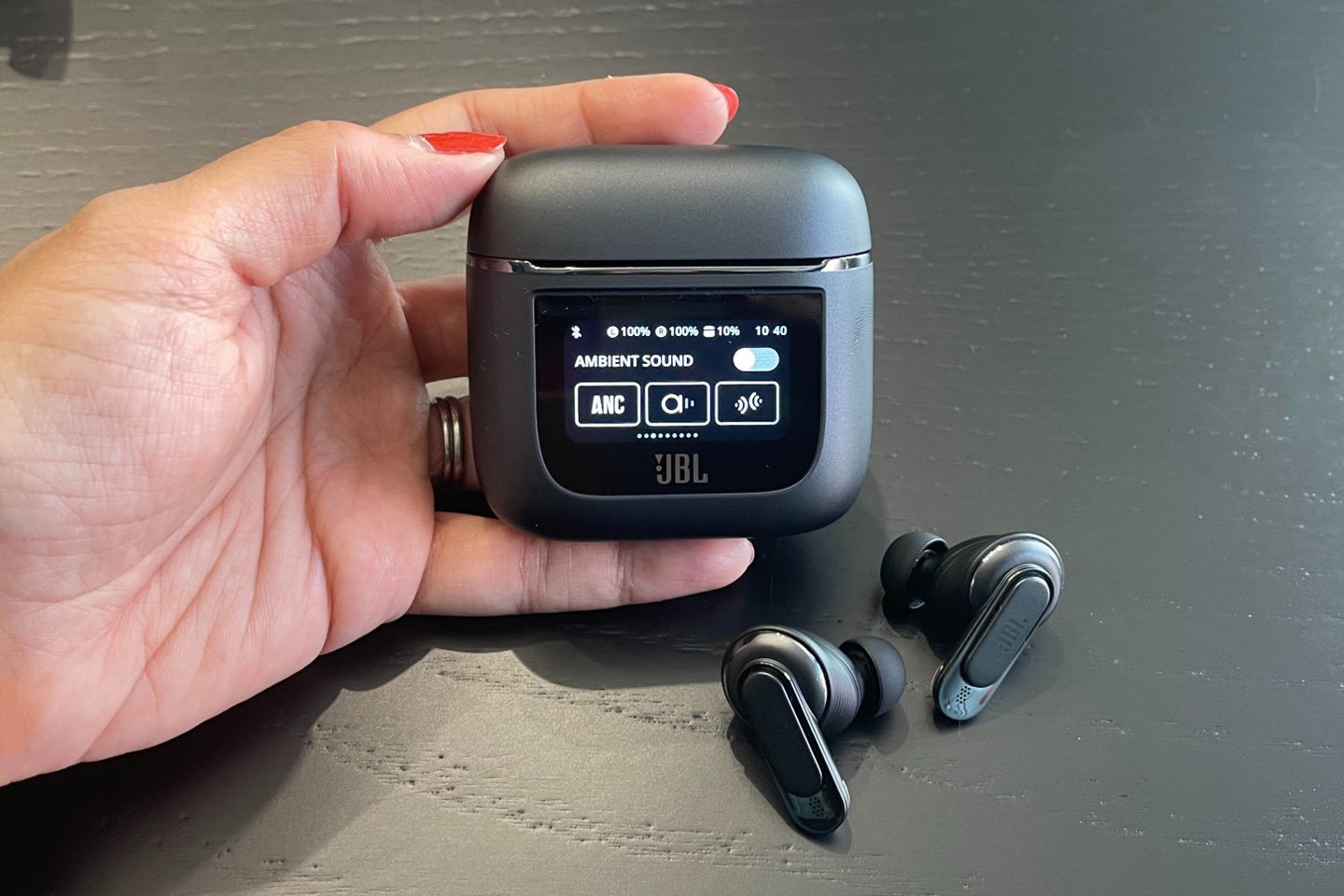 Is that the new iPod Nano?? Nope… it’s a pair of JBL TWS earbuds with a screen on the case.

Announced just before IFA 2022 kicks off in Berlin, the Tour PRO 2 are JBL’s upcoming flagship TWS earphones. Their latest feature? A touchscreen display that shows you music-related information so you don’t need to pop your phone out to navigate Spotify or Apple Music while listening to tunes and podcasts. It has the potential to be an incredibly clever idea (I’ll explain myself shortly), but it isn’t the kind of idea JBL is capable of pulling off, so we’re probably stuck with one more screen on our person… although it does offer a more music-centric experience. After all, nobody wants to scroll through their music playlist while also seeing angry messages from their boss about why they haven’t sent that mail yet. 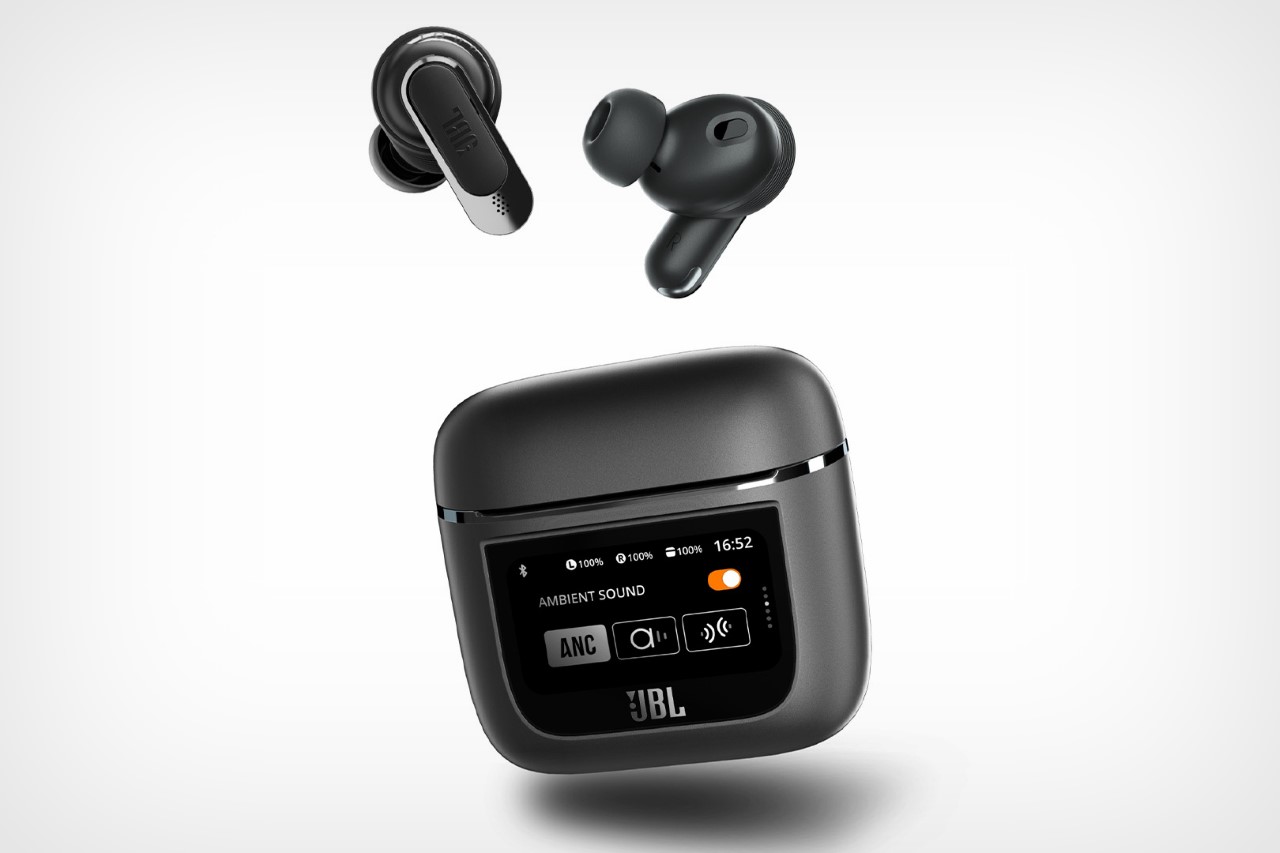 To just get the facts out of the way, the Tour PRO 2 are JBL’s latest flagship pair of TWS earbuds priced at $249.44 USD. They come with 10mm audio drivers and are Bluetooth 5.3 compatible, have active noise-canceling, and last 10 hours alone, and 40 hours with the charging case. However, their most impressive little upgrade lies in plain view in the form of a 1.45-inch touchscreen LED display on the front that lets you toggle features like ANC, make adjustments to your music-listening experience, or answer/reject calls without taking your phone out. JBL’s idea with this seems to hark back to the original days of the iPod – to provide a clean, uncluttered music experience. 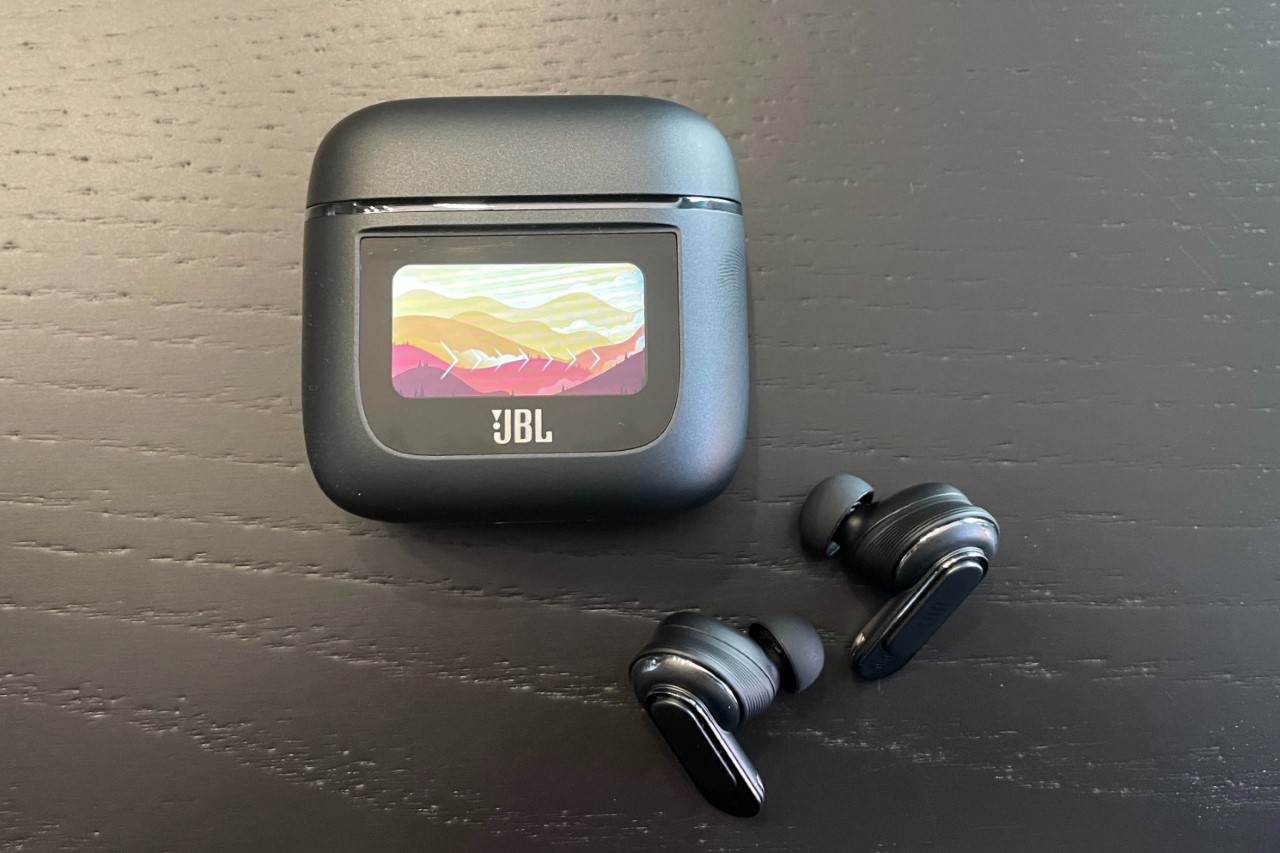 Honestly, I find myself a little conflicted with the idea of a display on my TWS earbud charging case because there are as many cons as there are pros. There are also as many unexplored potentials, which I promise I’ll get to in a bit. For starters, the Tour PRO 2 does, to a degree, give you the benefit of a phone-free experience. You can control playback, seek through songs, see what’s playing, and even toggle earbud features without needing an app or even needing to unlock your phone. However, this doesn’t quite work as well for other earbud-aided experiences, like watching videos or attending video calls/conferences. JBL also somewhat shoots itself in the foot by using that screen to show you phone notifications. So there’s still that likelihood of stumbling across angry texts from your boss/client. Effectively, this makes you end up taking your phone out, which completely destroys the premise of a phone-free music experience in the first place. Not to mention that yet another screen on a device means more battery woes. It also results in a thicker product. 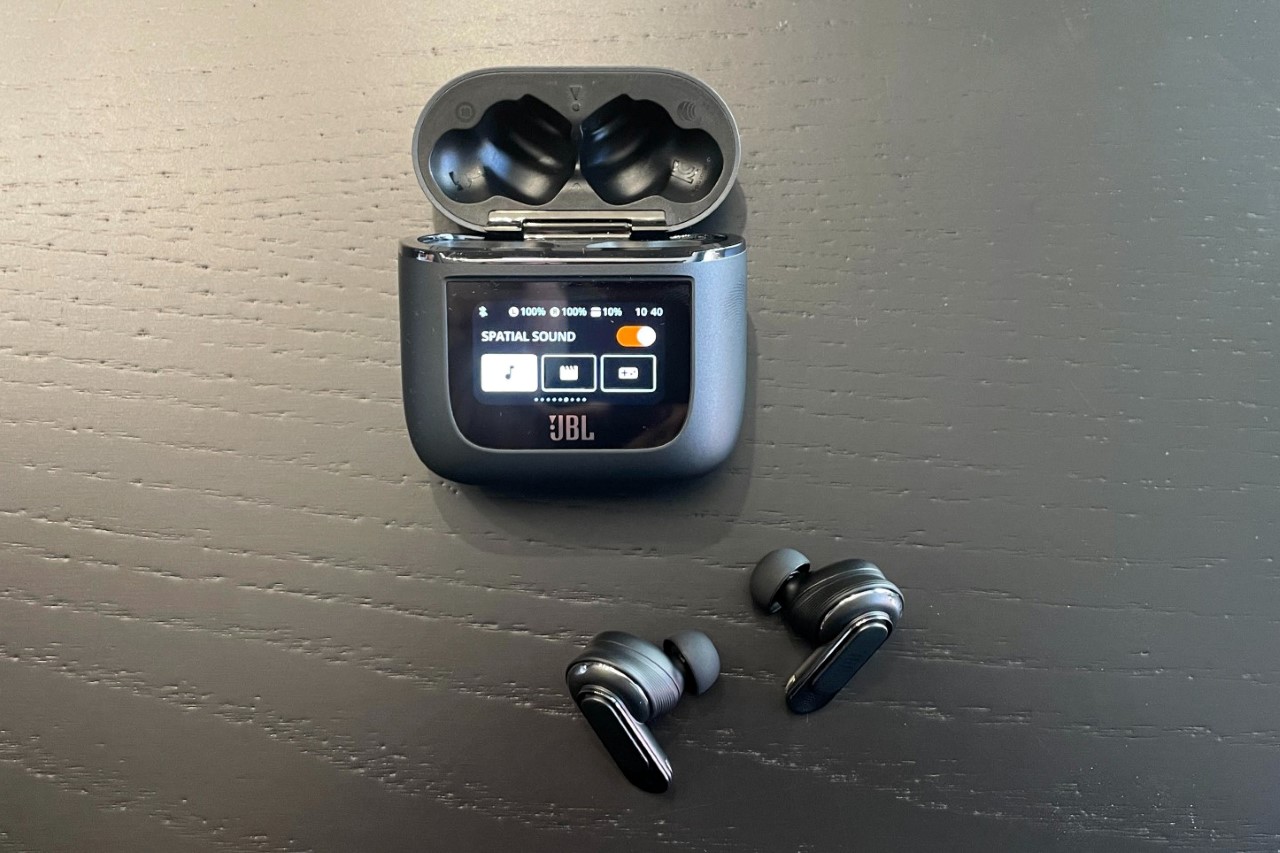 Here’s what gets me excited about this idea, though. The TWS earbuds are essentially wearables, and a screen on the case now has the unique ability to offer a wearable-grade fitness device experience that matches, if not overtakes a smartwatch. Here’s the data you can capture through your earbud – your body temperature, and your pulse (two data points that your smartwatch already tracks). Pair this with music hardware and you’ve got yourself the ultimate fitness device. Imagine if these earbuds could track your heart levels alongside the music you listen to. It knows when you’re exercising and how effectively you’re exercising, it also knows whether you enjoy a song because of changes in your body temperature and heart rate. Moreover, the earbuds can also help with routines like meditation, just because they’re audio devices with bio-tracking abilities. I’ve long believed that if Spotify wanted to absolutely obliterate Apple at the music game, they’d launch smart earbuds that could do the aforementioned things. Sadly though, it seems like JBL isn’t quite the company that’s up for the task… and now I’ve given up my idea for free. 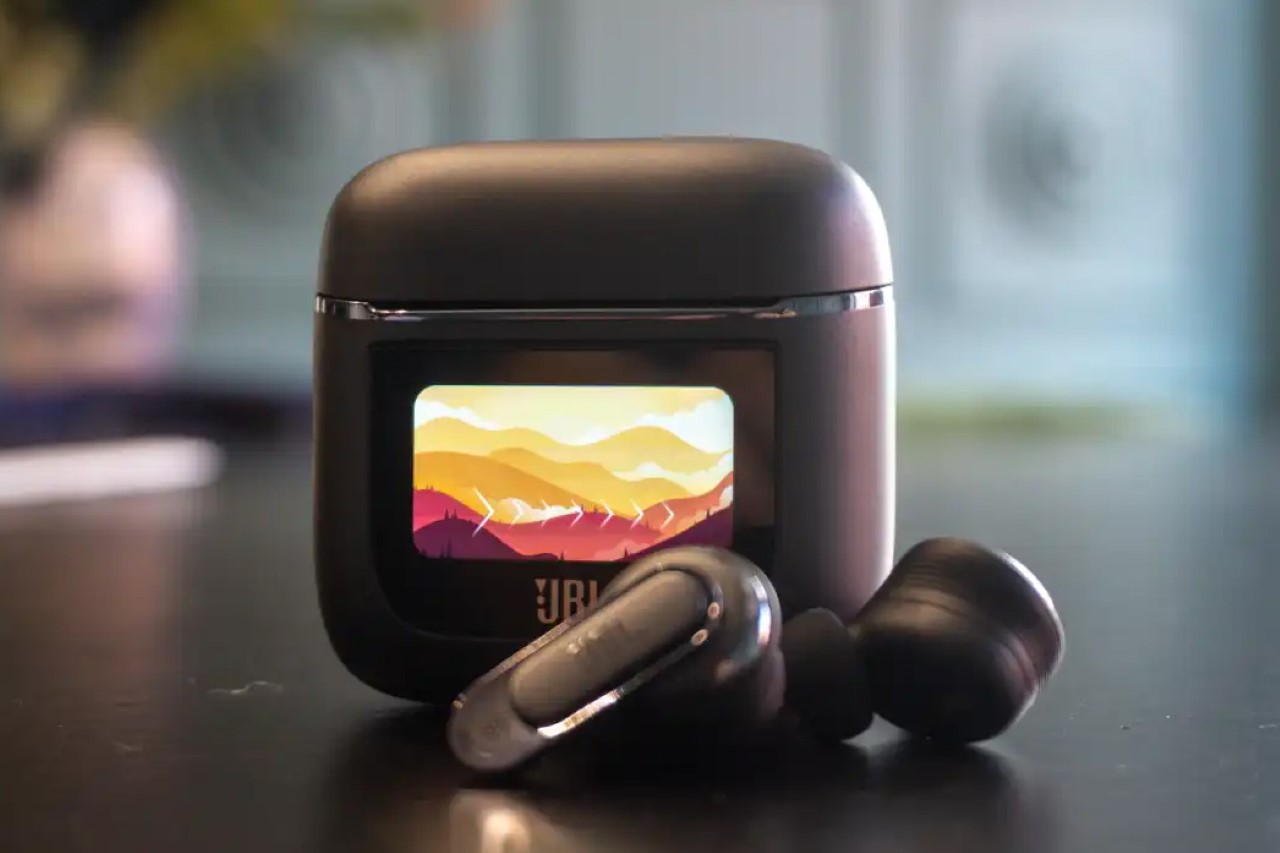 The JBL Tour PRO 2 will only be available in Europe for now, starting January 2023 (that gives JBL enough time to really fine-tune their product). This isn’t the first time we’ve seen screens on TWS earbud cases, though. Just last month, a Teenage Engineering TWS earbud concept showcased something quite similar! 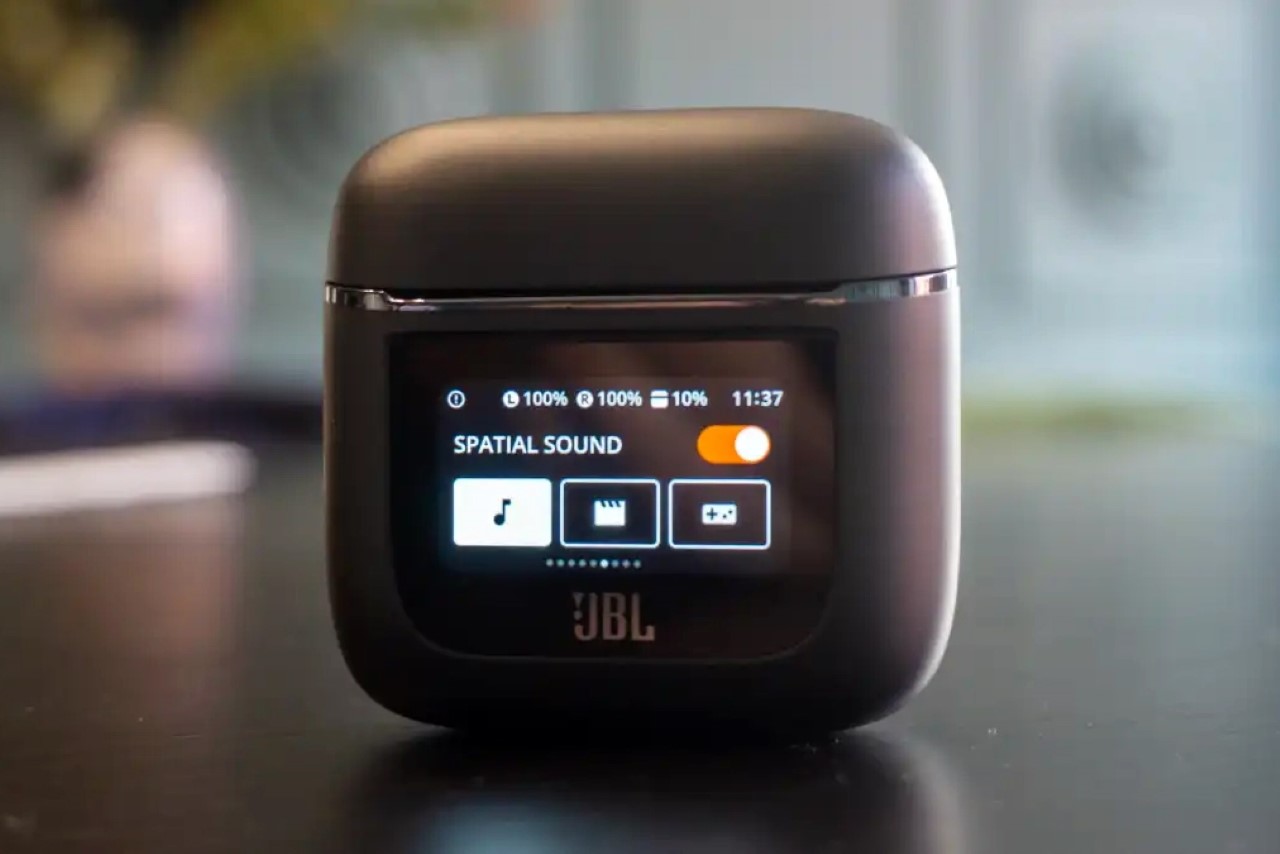 As a resident of Mumbai, I always took pride in the fact that this city was pretty safe for women. Recent events has shocked us…

The Trapèze Kettle aims to be a simpler interpretation of the modern electric kettle, relating closely to traditional stovetop kettles by incorporating higher quality materials…

LEGO creations by masterbuilders to fulfill your childhood LEGO dreams