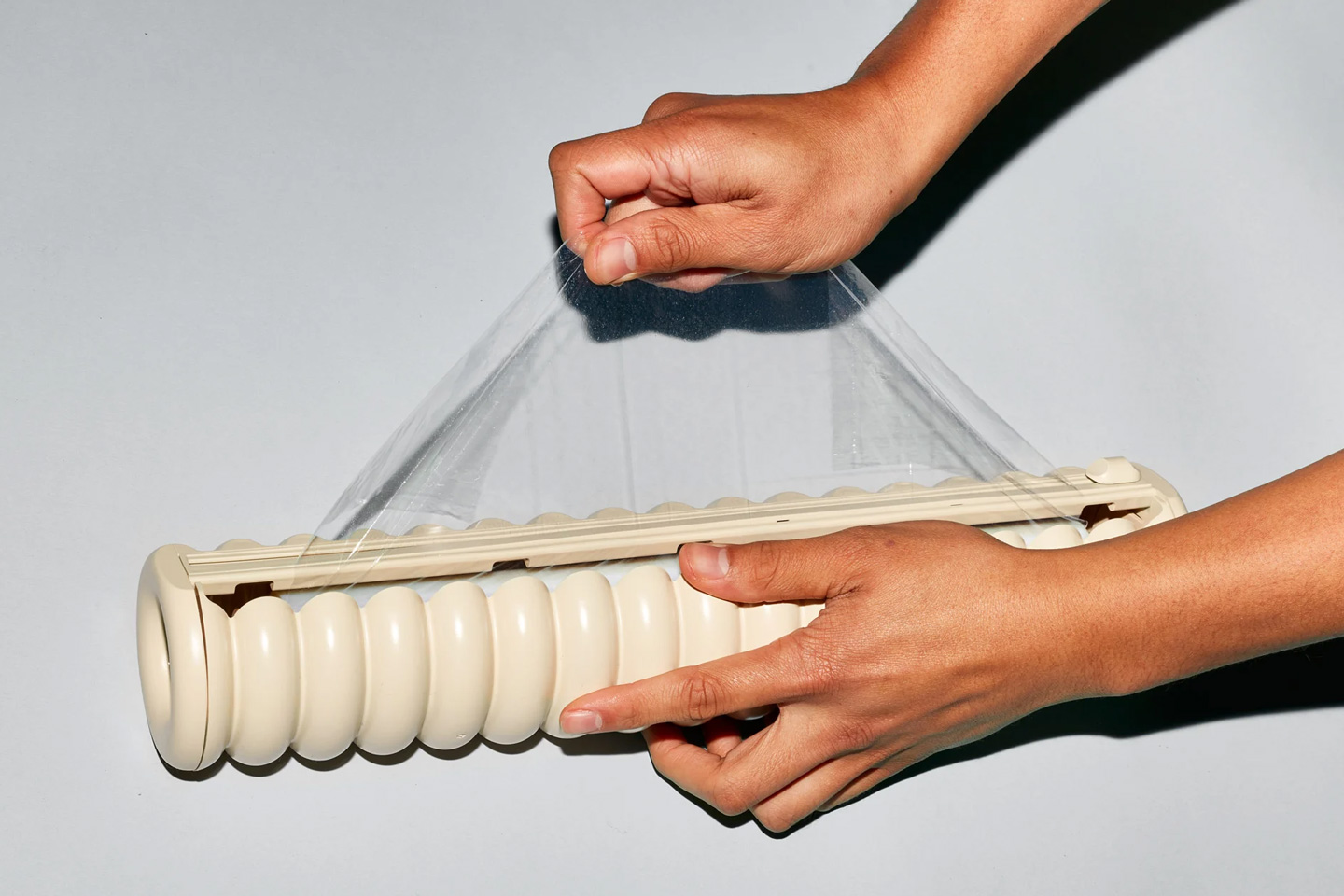 I’ll be honest, my biggest pet peeve with buying groceries or food online is the cling film (or saran wrap) it comes in. I get this overwhelming sense of existential dread whenever I peel off cling film from food, because I’m afraid that I’ll miss a small part of plastic and inevitably ingest it, but more importantly, this plastic (which can’t be recycled because of how thin it is) will end up in a landfill or the oceans, where it’ll cause even more problems. An Australian biomaterials company, however, has a much more elegant solution – nature-based cling film!

Meet Great Wrap, a biodegradable cling film that’s made from discarded potato skins combined with cooking oil and starch from the cassava root (more popularly known as tapioca). Unlike its petrochemical plastic alternative, Great Wrap’s cling film is made from natural materials, and like any biopolymer, breaks down into natural substances much faster than regular plastic. In fact, the Great Wrap can naturally biodegrade in as little as 180 days. 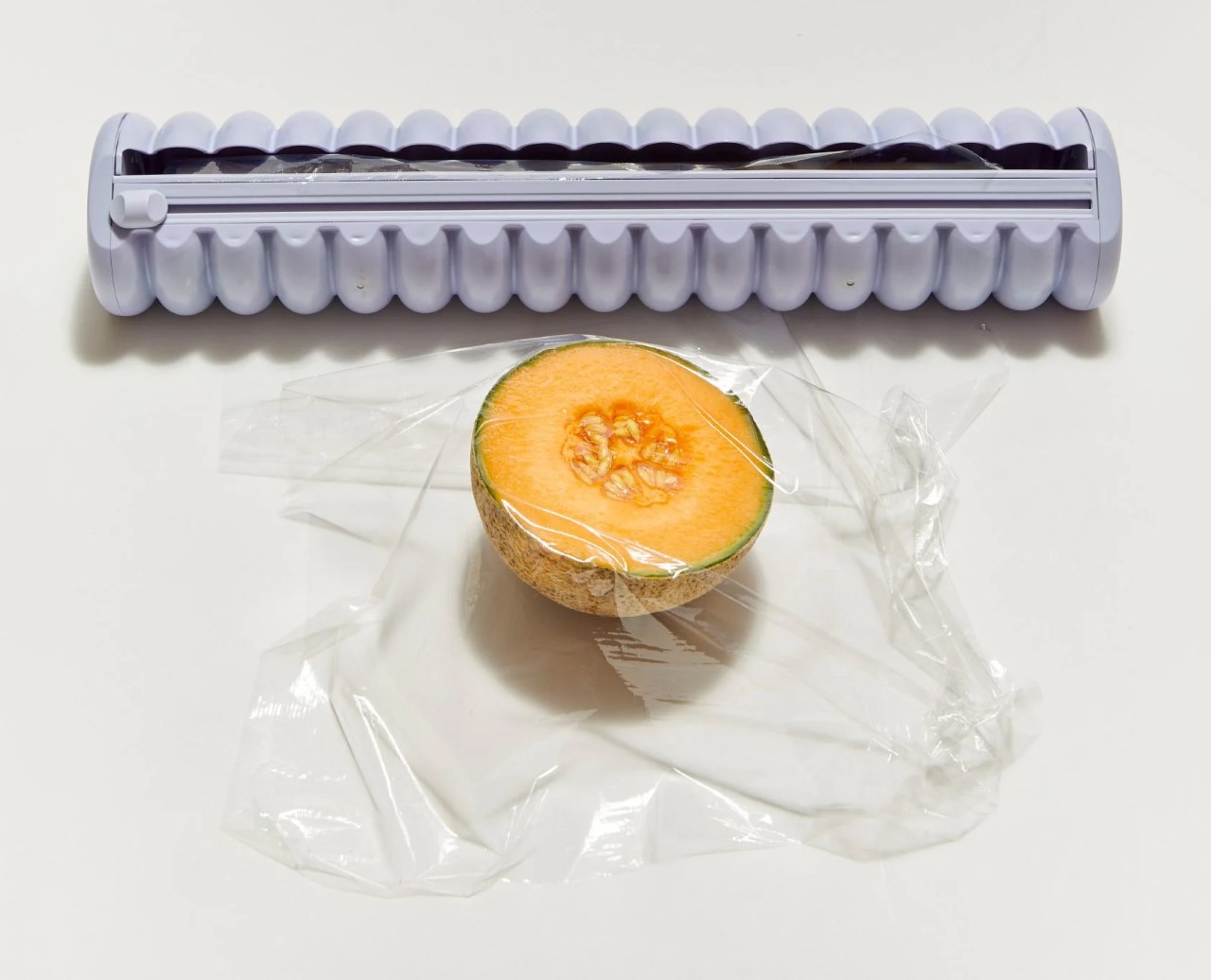 Packaged in an oddly appealing container with a built-in slider-based cutter, Great Wrap offers an alternative to cling film that’s healthier both for the planet as well as for humans. While I wouldn’t quite advocate for eating it (it’ll probably still taste like plastic), the Great Wrap is, for all intents and purposes, organic… which means it isn’t toxic or harmful if ingested.

If you’ve ever seen videos on the internet of ‘clear potato chips’, the Great Wrap is rather similar in composition. Starch within the potato skins (and the cassava) helps create its plastic-like appearance, which can then be used to wrap up foods and extend their shelf-life. Currently, the Australia-based company sources its potato skins/peels from Idaho, which dramatically increases its carbon footprint. The company is working on being able to find local sources for discarded potato skins, so as to help reduce the Great Wrap’s overall carbon impact. 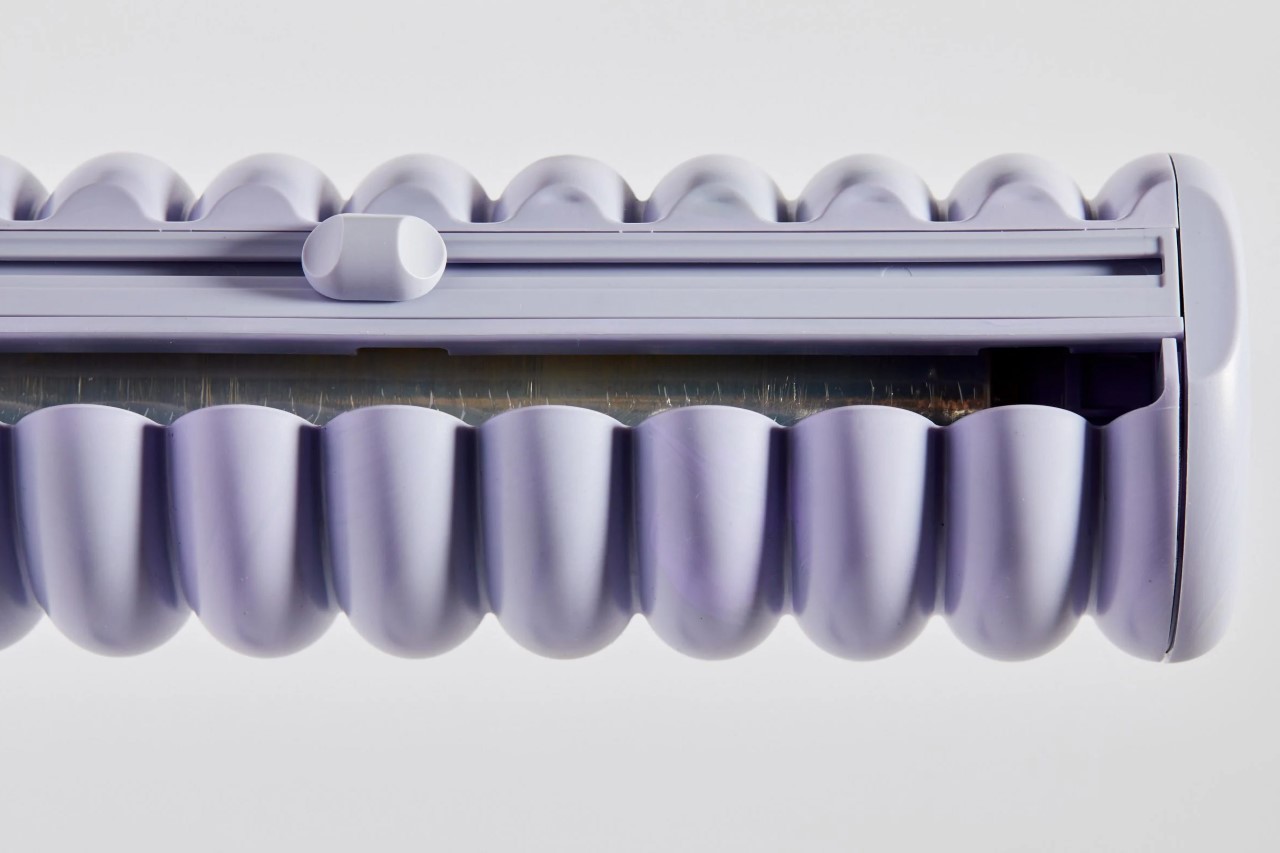 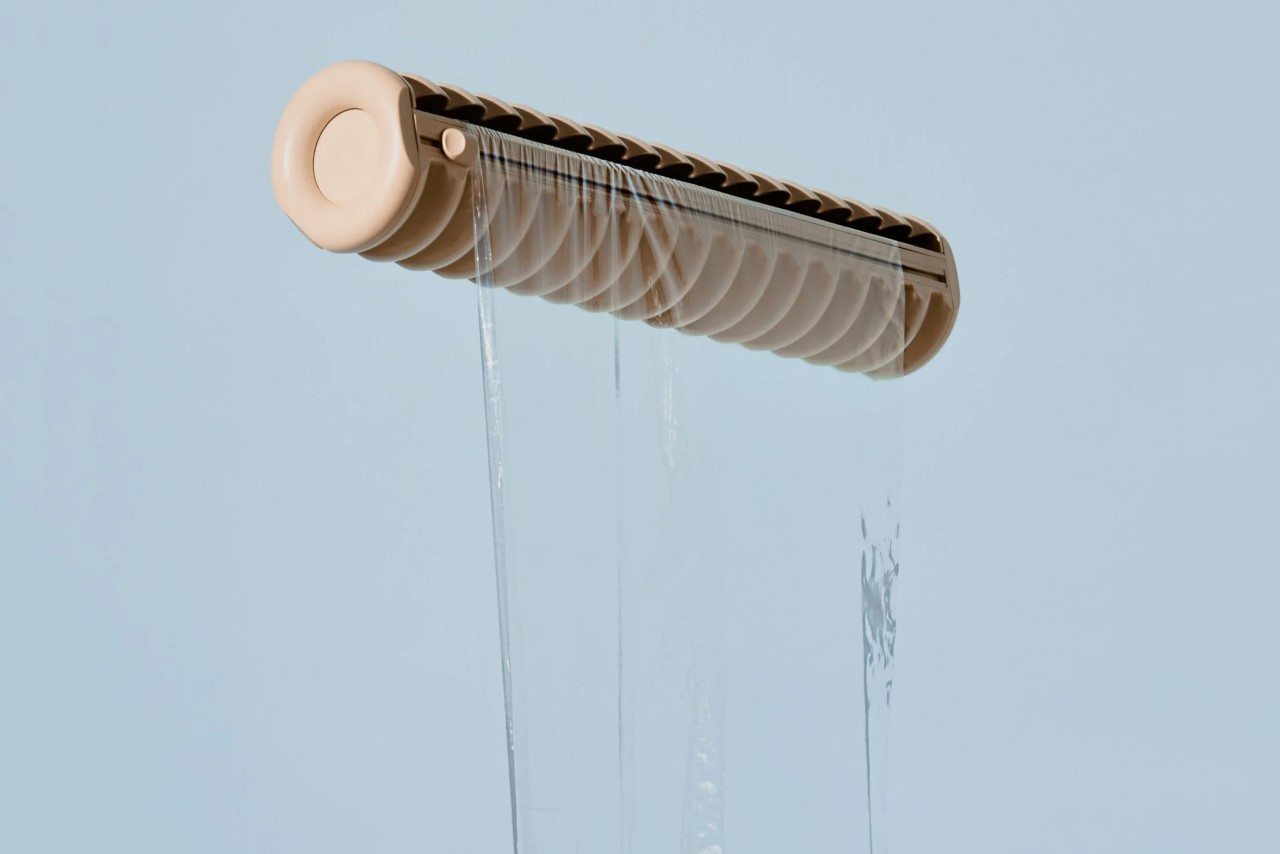 “The starch is extracted from the waste and then plasticized with a bio-based product,” explained Julia Kay, co-founder of Great Wrap. “The thermoplastic starch (TPS) is then compounded with used cooking oil, cassava, and biopolymer additives to change the polymer structure so that it is suitable for stretch film,” Kay added. The biopolymer additives help make the starchy material stretchy, so that it can mimic cling film’s ability to easily wrap around objects. 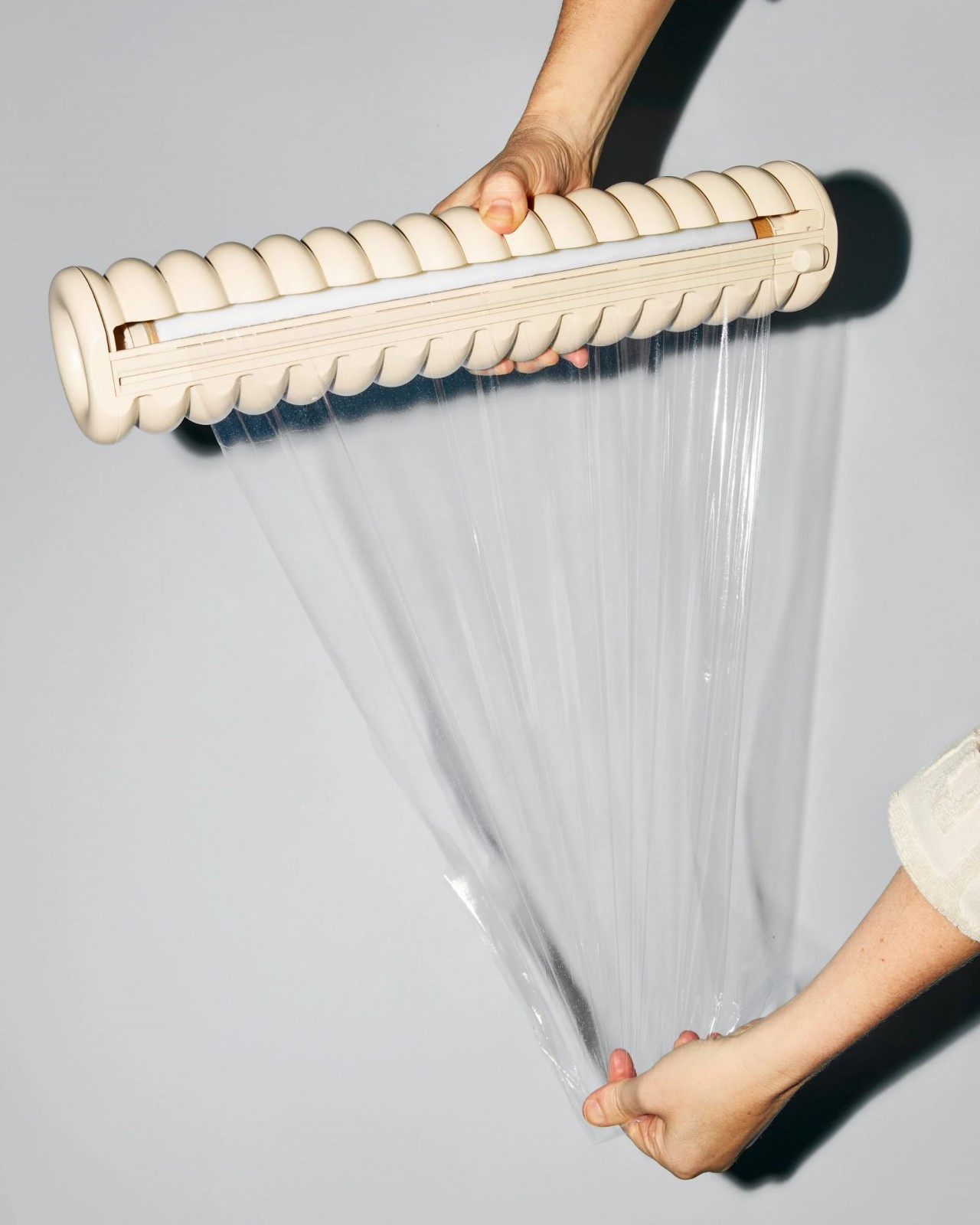 When discarded, the Great Wrap is certified to break down in 180 days. “Great Wrap breaks down the same way as food scraps, into food and energy for the microbes in your compost,” Kay explained. “It goes perfectly with your organic waste to be composted into rich nutrient soil, ready to be repurposed.”

The only barrier being faced by the company right now is the fact that Great Wrap doesn’t break down or degrade in marine environments like ocean ecosystems. In an effort to rectify this, the company has been working with researchers at Melbourne’s Monash University to find out how it can convert potato waste into polyhydroxyalkanoates (PHAs), which can break down in oceans and other aquatic environments in less than a year. “We are currently scaling this system to pilot scale and in 2023 we will begin building our PHA biorefinery that will divert over 50,000 metric tonnes of potato waste from landfill every year”, says Kay. The product is set to launch in the US in 2023. 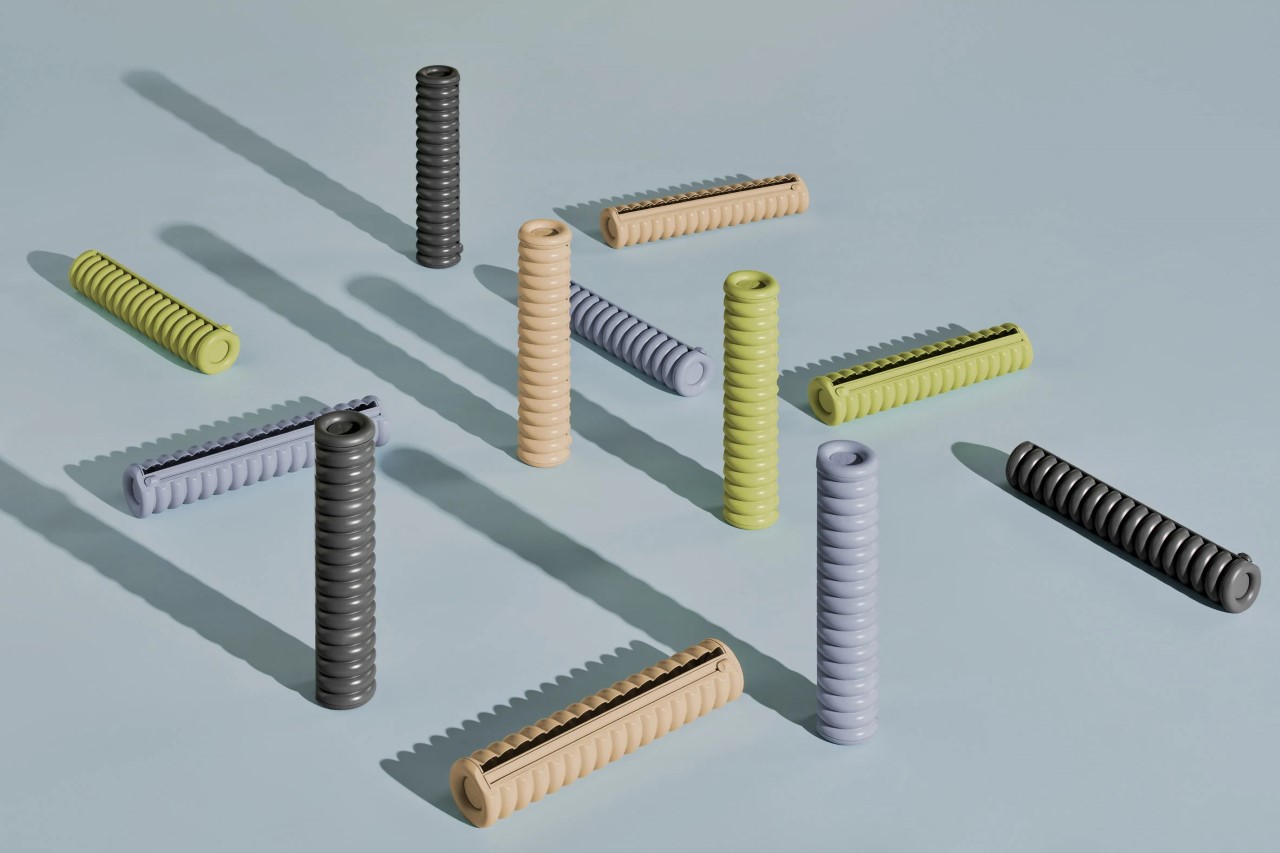 The excitement of putting a new record on the turntable is something only purists can relate with. And when the vinyl record you’ve been after…

George Lucas would approve of these armchairs!

A pretty big mea culpa for not having this up on the 4th of May, but this chair is definitely geekworthy, regardless of what time…

With a very creative name like Twenty5ive, you can expect nothing but some awesome madness by designer duo Melvin Ong & Yuri Kim. While Melvin…

Good to the Last Drop

There’s a certain elegance in wine tasting and so the same should be for the twist and pull! Drop, named for its shape, is an…