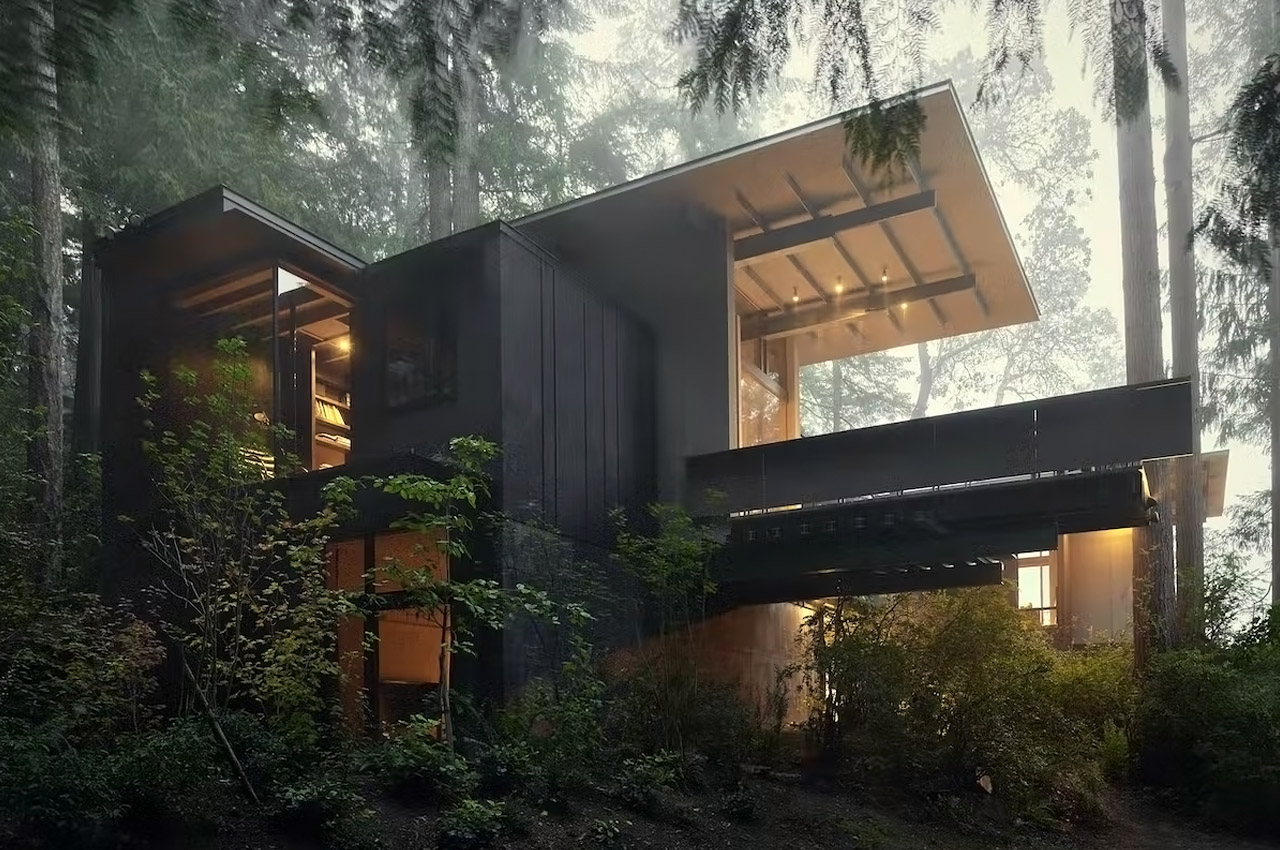 Located on Puget Sound, cushioned amongst massive fir trees in an ancient forest is a cabin that Jim Olson has been working on since he was eighteen years old. What originally started off as a 14-foot-square bunkhouse for Olson’s family in Longbranch, has now transformed into a beautiful cabin that makes for the ultimate weekend getaway. Through the years, the site has witnessed many remodelings and renovations, although the integrity of the original structure has always been maintained. It went through remodels in 1981, 1997, 2003, and 2014. 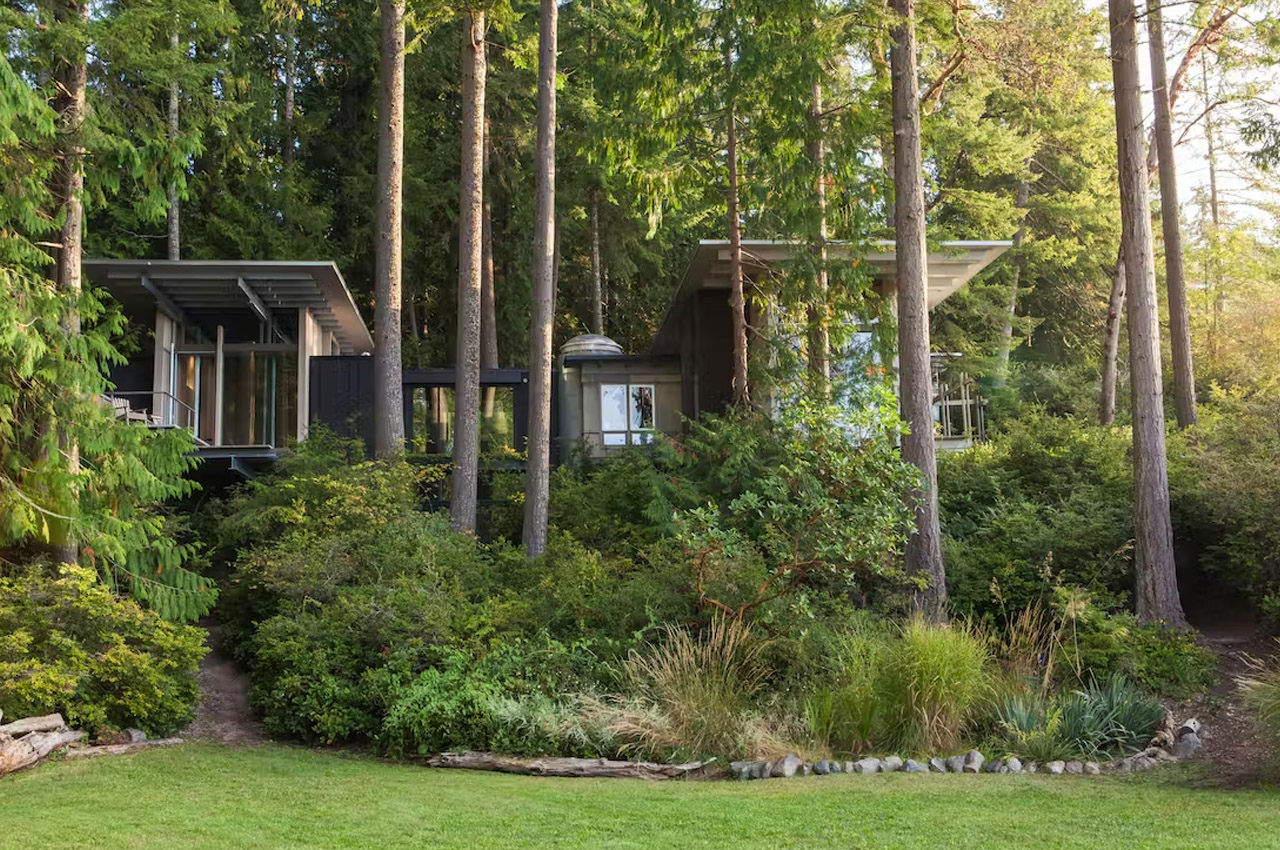 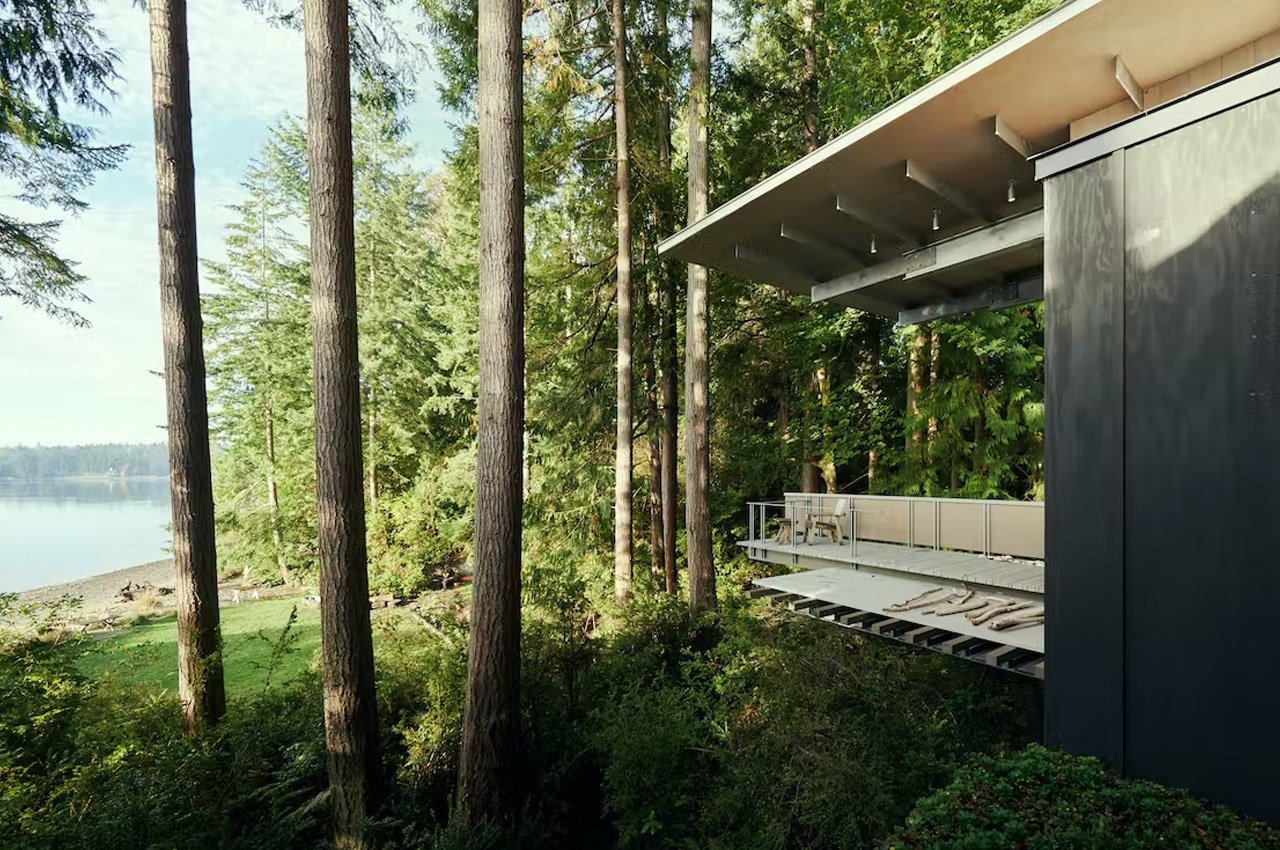 The cabin was built using simple, readily available materials – walls sheathed with plywood inside and outside, steels columns that support glulam beams, and these beams in turn support the exposed roof. The fir flooring in the interior, extends to become the outdoor decking. The cabin features a subtle wooden exterior, which allows it to harmoniously integrate with its natural surrounding. It truly looks at one with the forest. In fact, three mature fir trees have been allowed to grow through the openings in the deck, and one of them even exits through an opening in the roof! 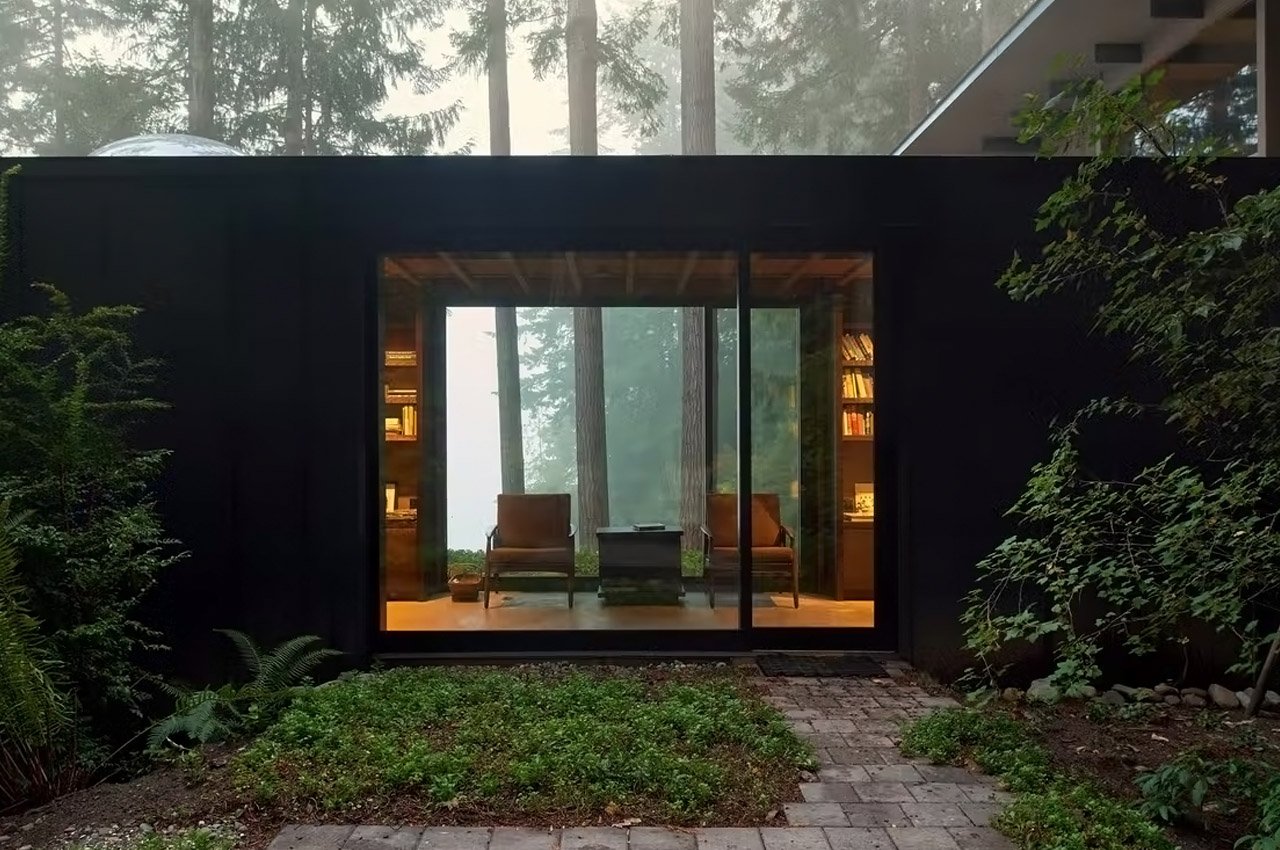 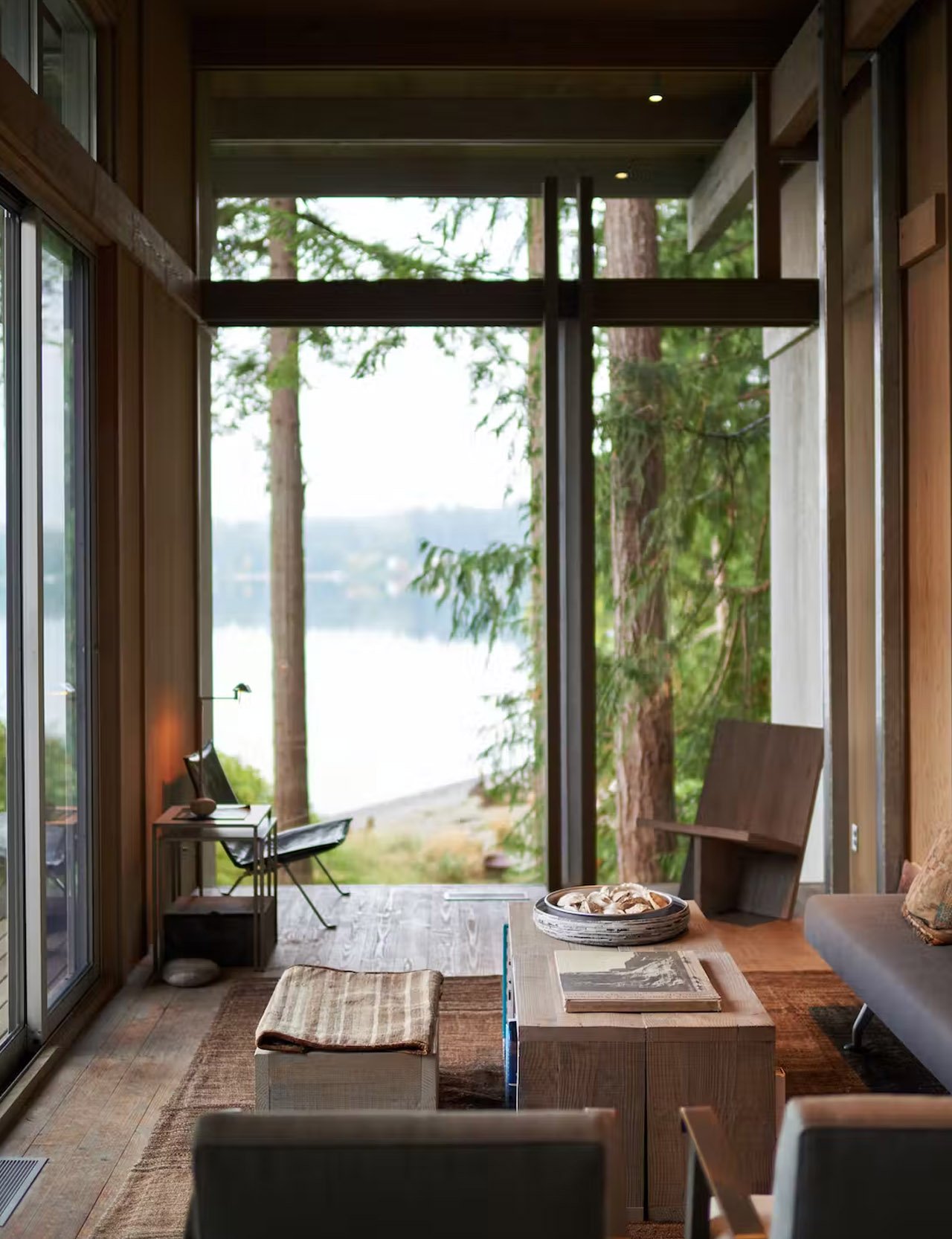 The rooms are basically a set of boxes tied together under a unified roof. Although earlier (before 2003), the home was basically three pavilions connected by wooden platforms. The entire structure imposingly protrudes over the landscape, creating a mesmerizing sight. The 24,000 square feet retreat features a living room that provides stunning views of the adjoining meadow, and Puget Sound, as well as a  master bedroom, and two guest bedrooms. 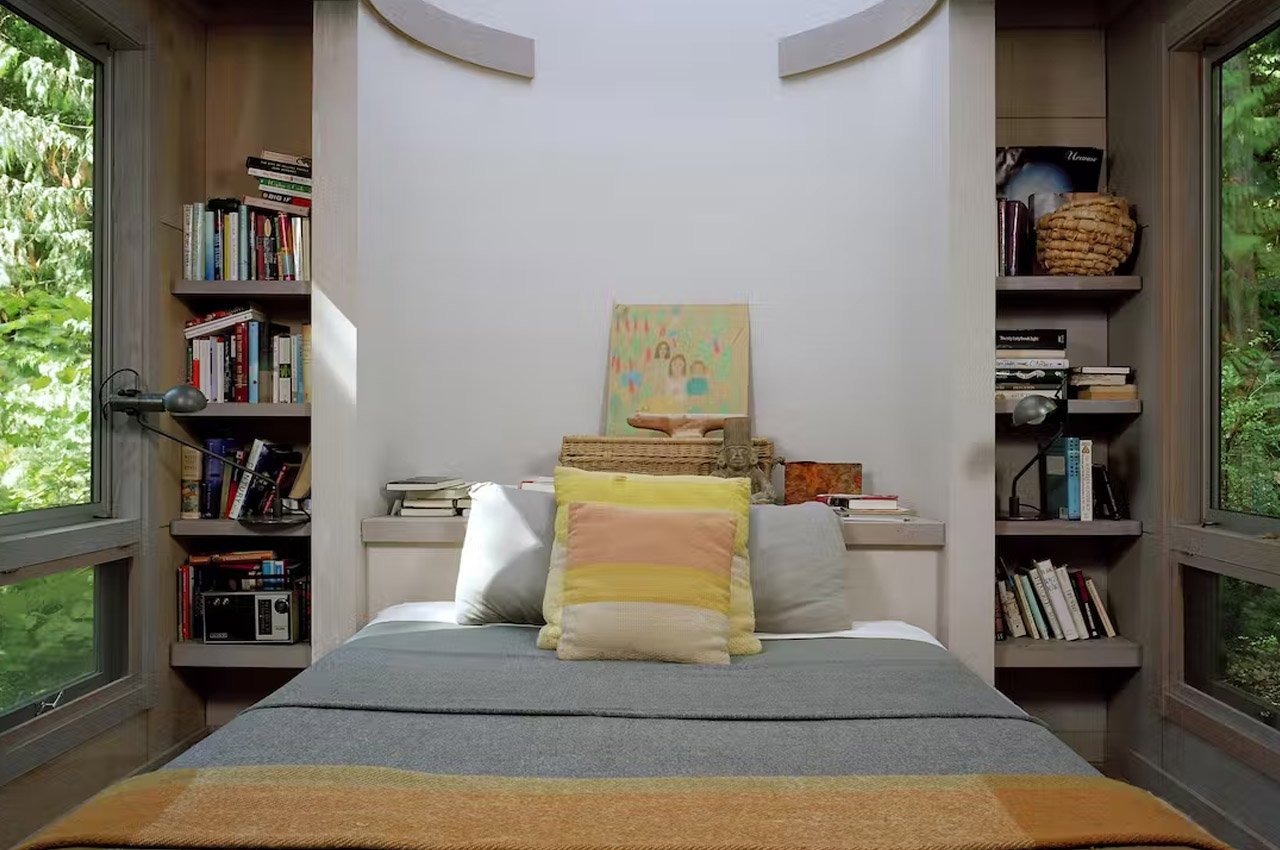 Sliding doors, and large windows further enhance the connection to nature. In fact, there’s even a skylight above the bed! So, one can fall asleep peacefully while gazing at the stars. 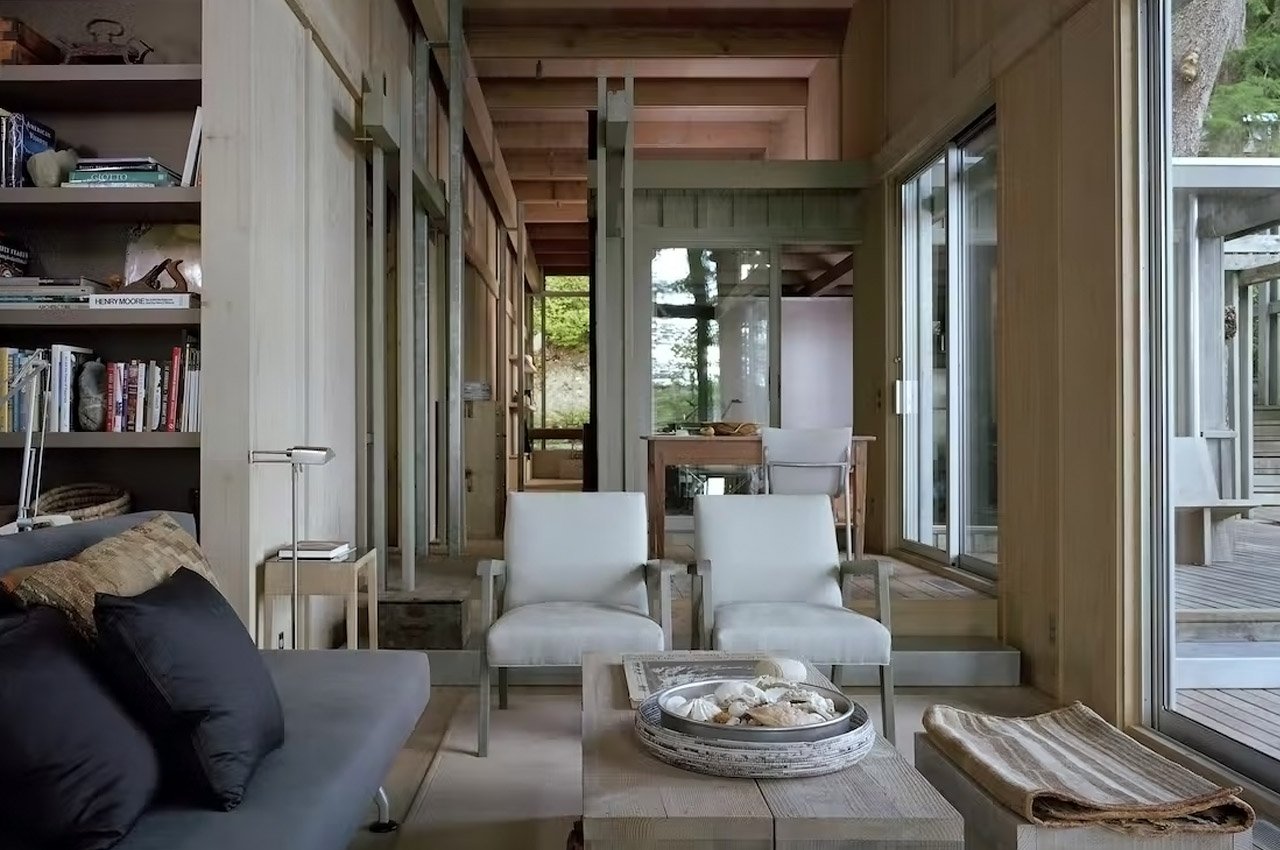 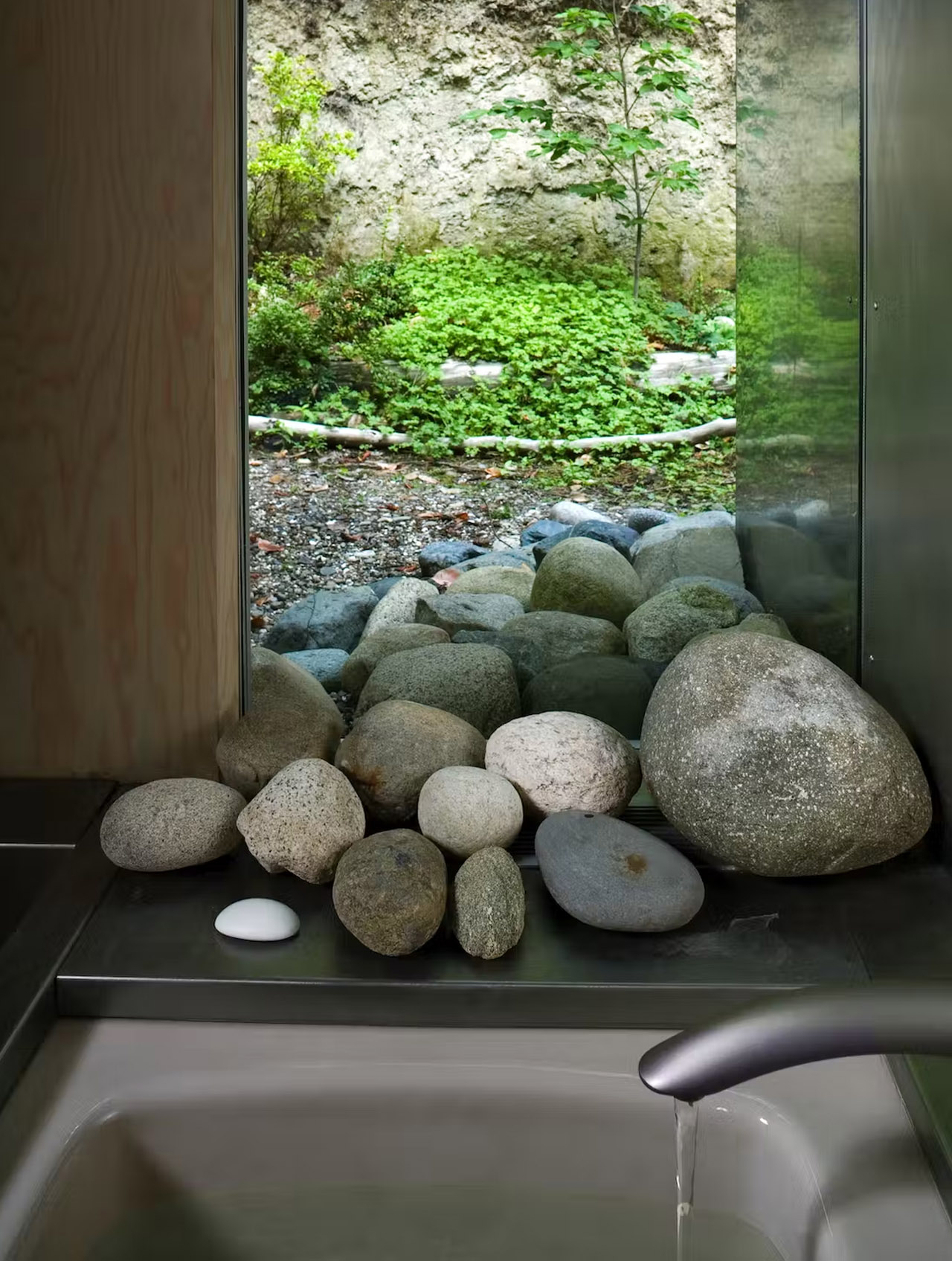 All the materials used to build the home were carefully selected to further encourage the natural connection. They gently tie the building to the forest floor, allowing it to seamlessly merge with it. 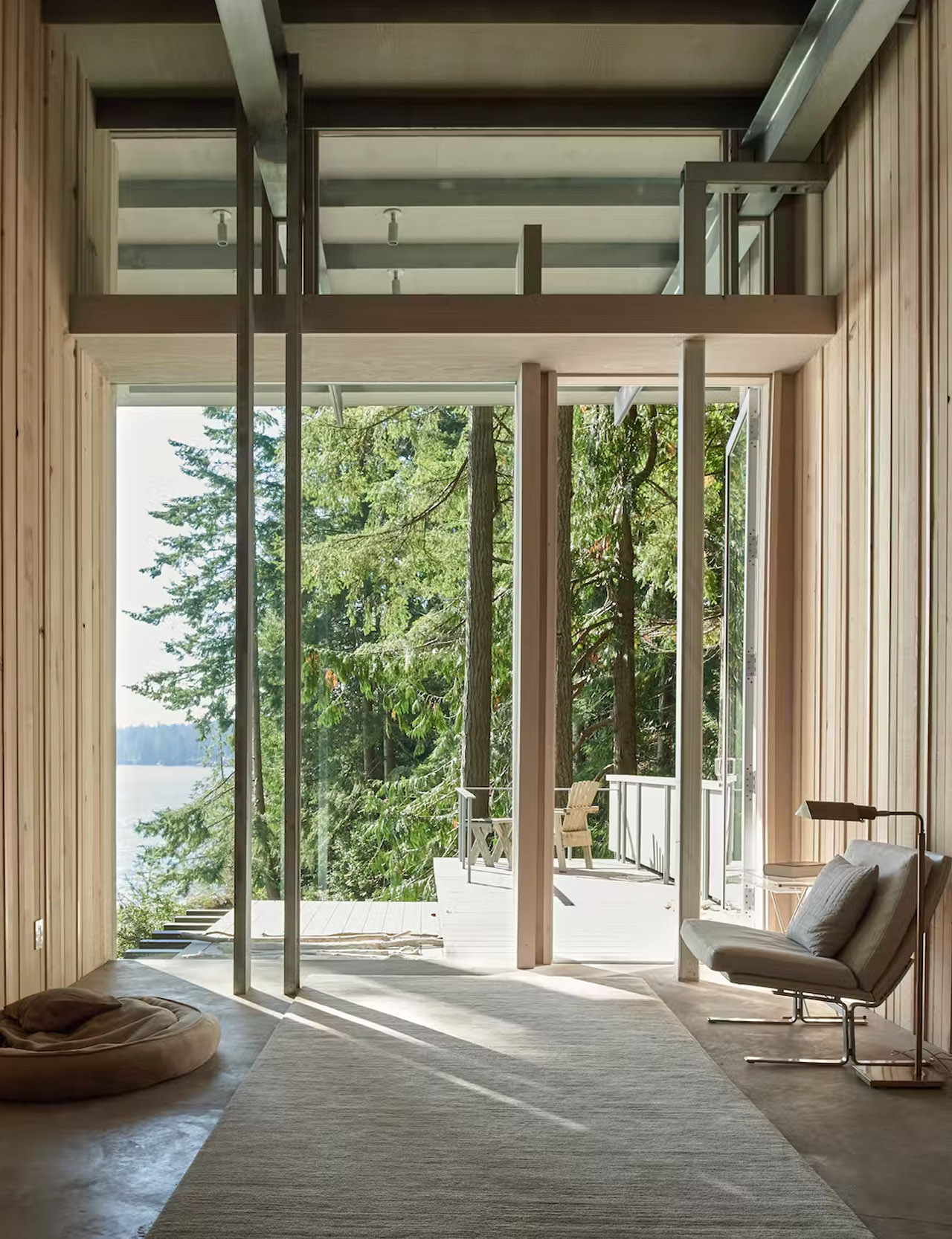 This beautiful cabin in Puget Sound originally started off as a modest bunkhouse, and through the years it has transformed into an exquisite family retreat in the forest. Olsen’s keen attention to detail, preservation of the cabin’s history, and deft connection to nature are artfully displayed in this heartwarming structure. 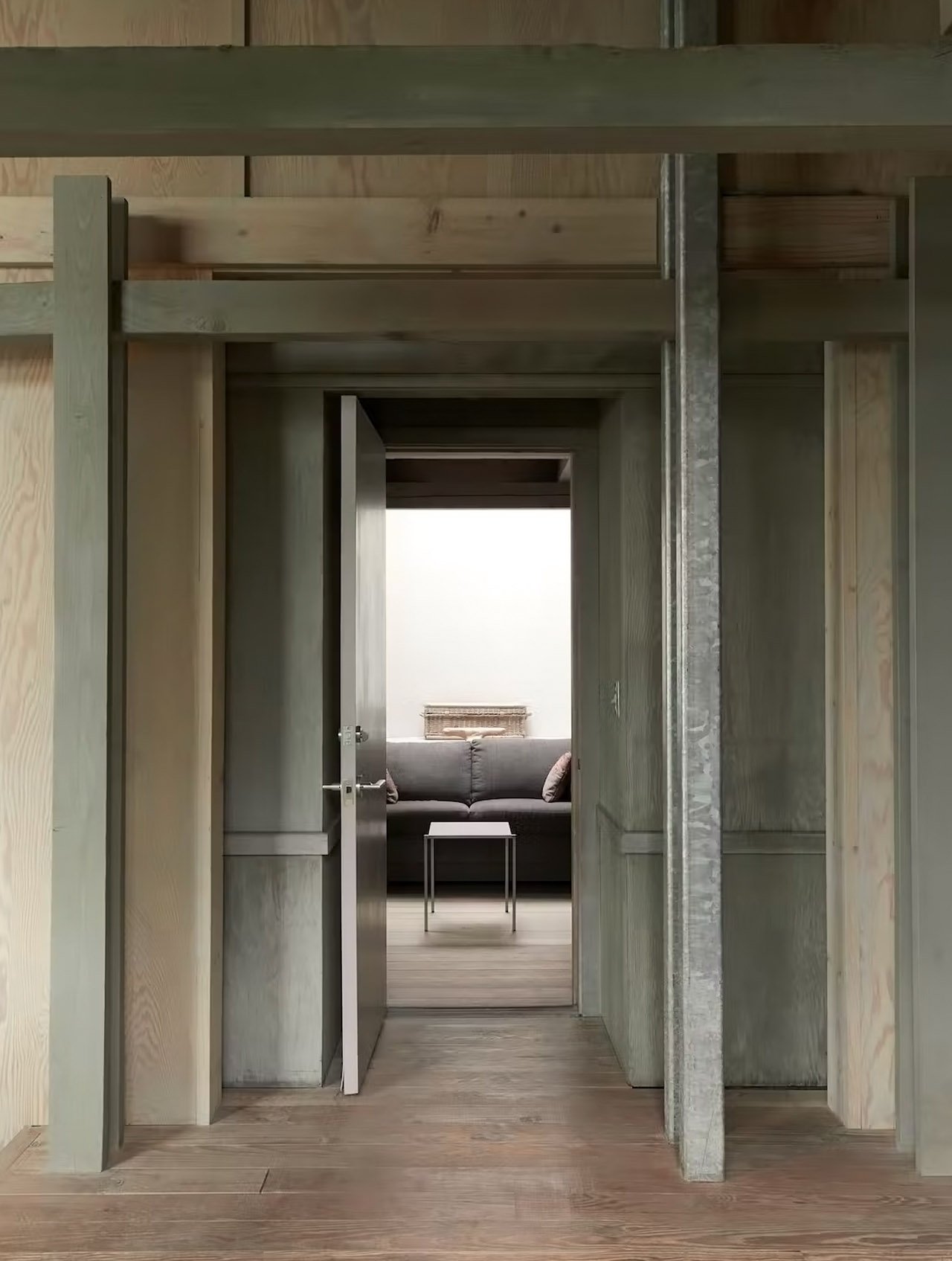 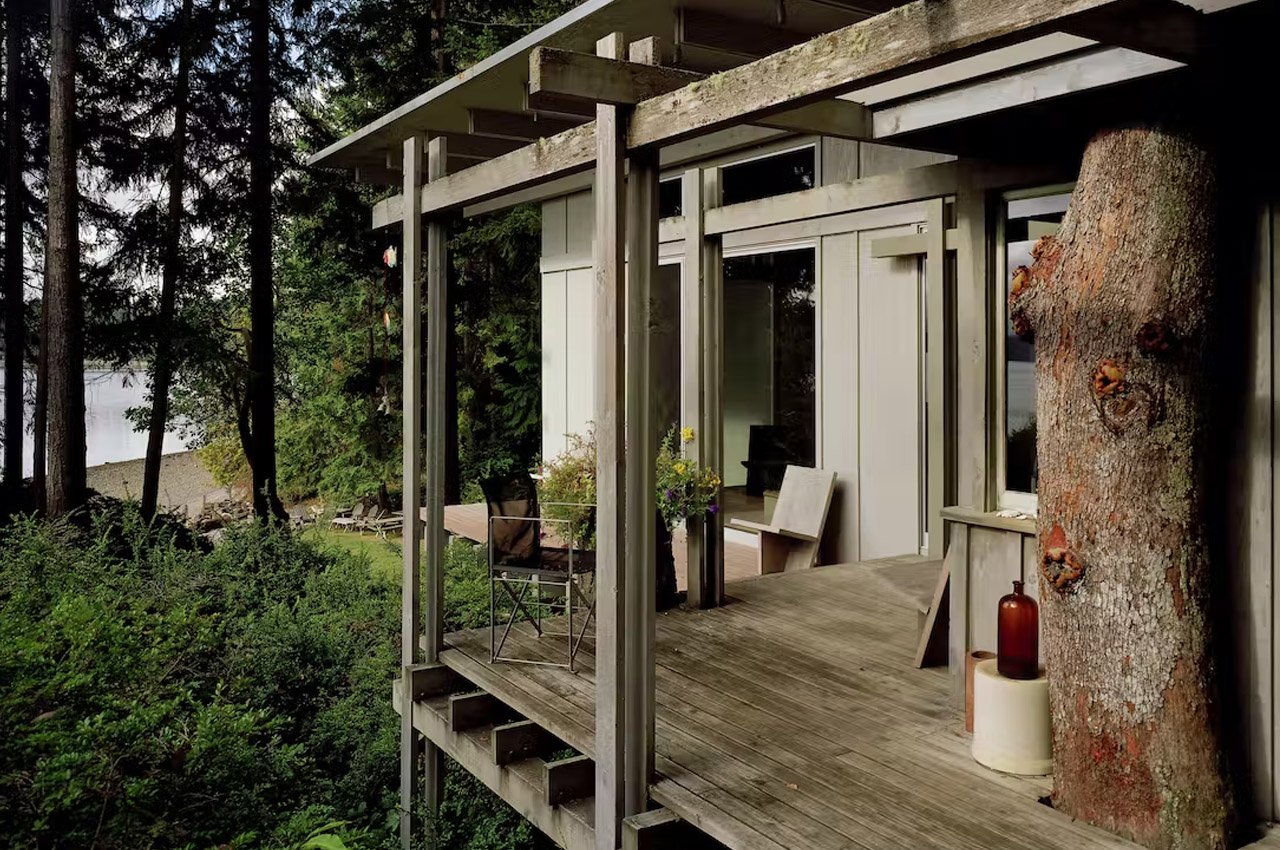 Made from recycled paper, this tiny home explores sustainable architecture and low-impact construction!

Short Story is a single cubic building constructed using architectural theories like Raumplan’s to explore the use of sustainable building materials and low-impact construction methods….

3D architectural renders get surreal with these nature-inspired concrete designs!

Sometimes the most beautiful architectural structures are simply fictional designs, awaiting to manifest into reality. Whenever I see such designs, I am filled with eagerness…

Space-friendly architecture designed to be a home for the future humans living on Moon or even Mars!

Outer space has always fascinated me, and there are many who believe that if things keep running the way they are on Earth, future generations…

Nendo’s Tokyo house uses a giant stairway to keep the family and their 8 pets connected!

When I saw Nendo’s latest project, there is just one song that started playing in my mind – Led Zepplin’s Stairway to Heaven because that…