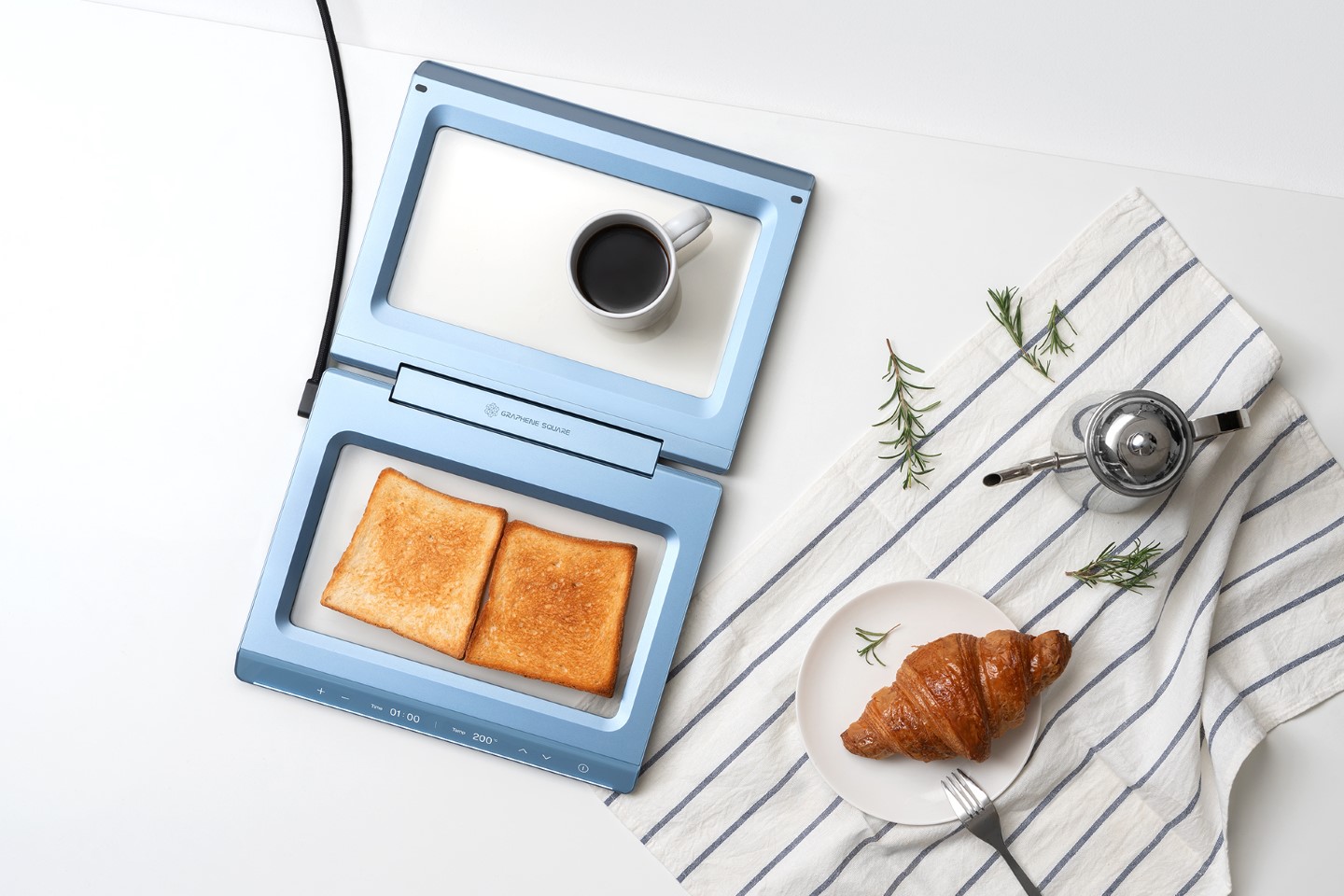 Working partially like a toaster as well as a panini press, BKID’s Graphene Toaster grills your slices of bread but also lets you watch it in action. The horizontal format of the toaster means you can even use it to make grilled sandwiches, and potentially even use the flat top to heat beverages. If there ever was a clever idea, this would clearly be it! 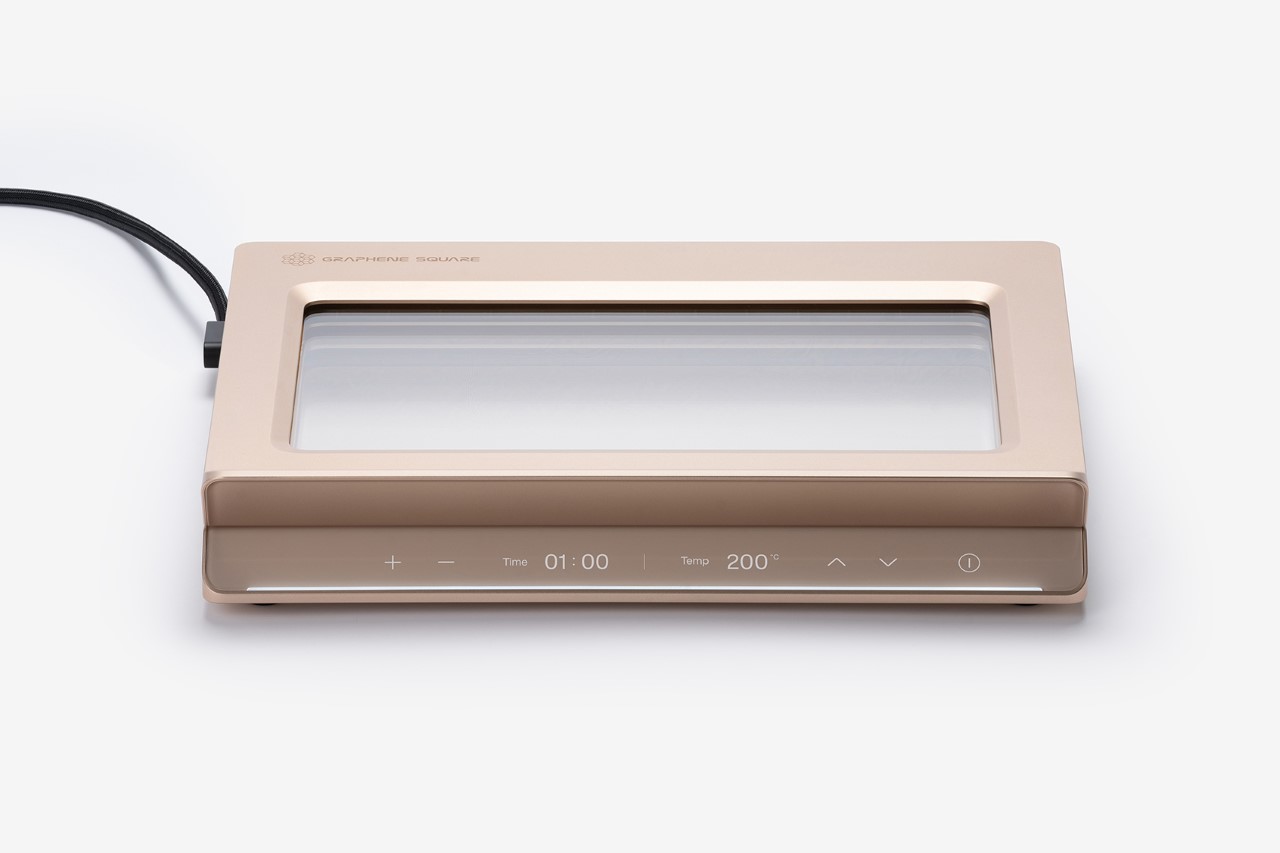 “Graphene can reach up to 200 degrees Celsius in just 90 seconds”, says BongKyu Song, founder of BKID. This effectively allows the sheets of glass to work just as well as the coiled wire inside a toaster does, but in a manner that results in a much more evenly browned slice of toast without those burns and grill marks created by hot zones. It’s also an understated fascinating fact that the Graphene Toaster actually lets you watch the bread turn brown in real-time, so you know when to proverbially pull the plug. The clamshell format works wonderfully well for other food items like heating waffles, making grilled sandwiches, and even warming up a cold burrito. The only downside is that this toaster doesn’t ‘pop’ the bread out, but given how cool it is without this feature, I’d be absolutely willing to make that trade-off.

Would I recommend using the top of the toaster to cook bacon or pancakes while the bread grills underneath? Maybe not… but I’d definitely use it to warm up my cup of coffee while I’m waiting for some sourdough toast! 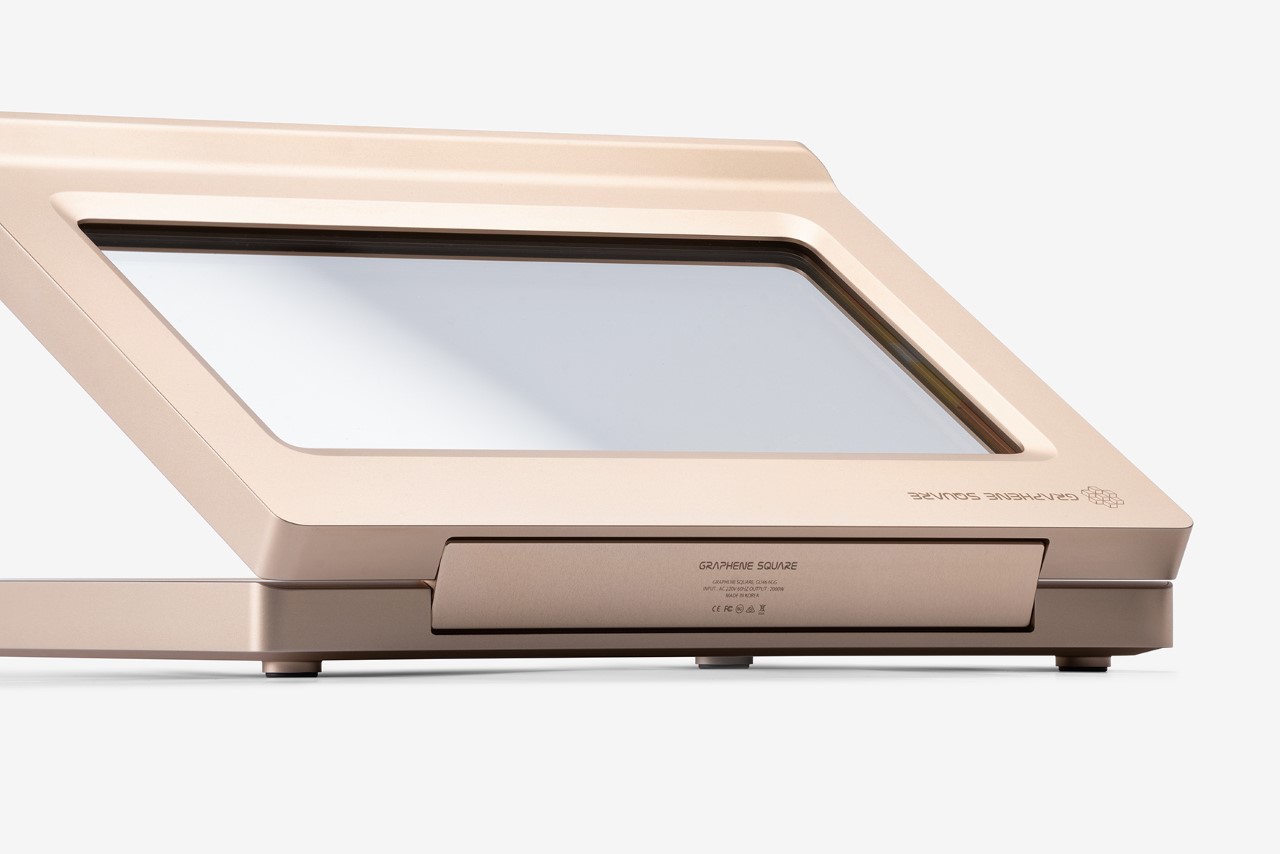 One problem that never seems to leave us, especially f you’re living in a major city – is the lack of space! If you’re an…

Short of kitchen staff? I know I am. I can’t remember the last time someone cooked for me, but when left to my own resources,…

An armrest that boosts productivity and arrests computer-related injuries