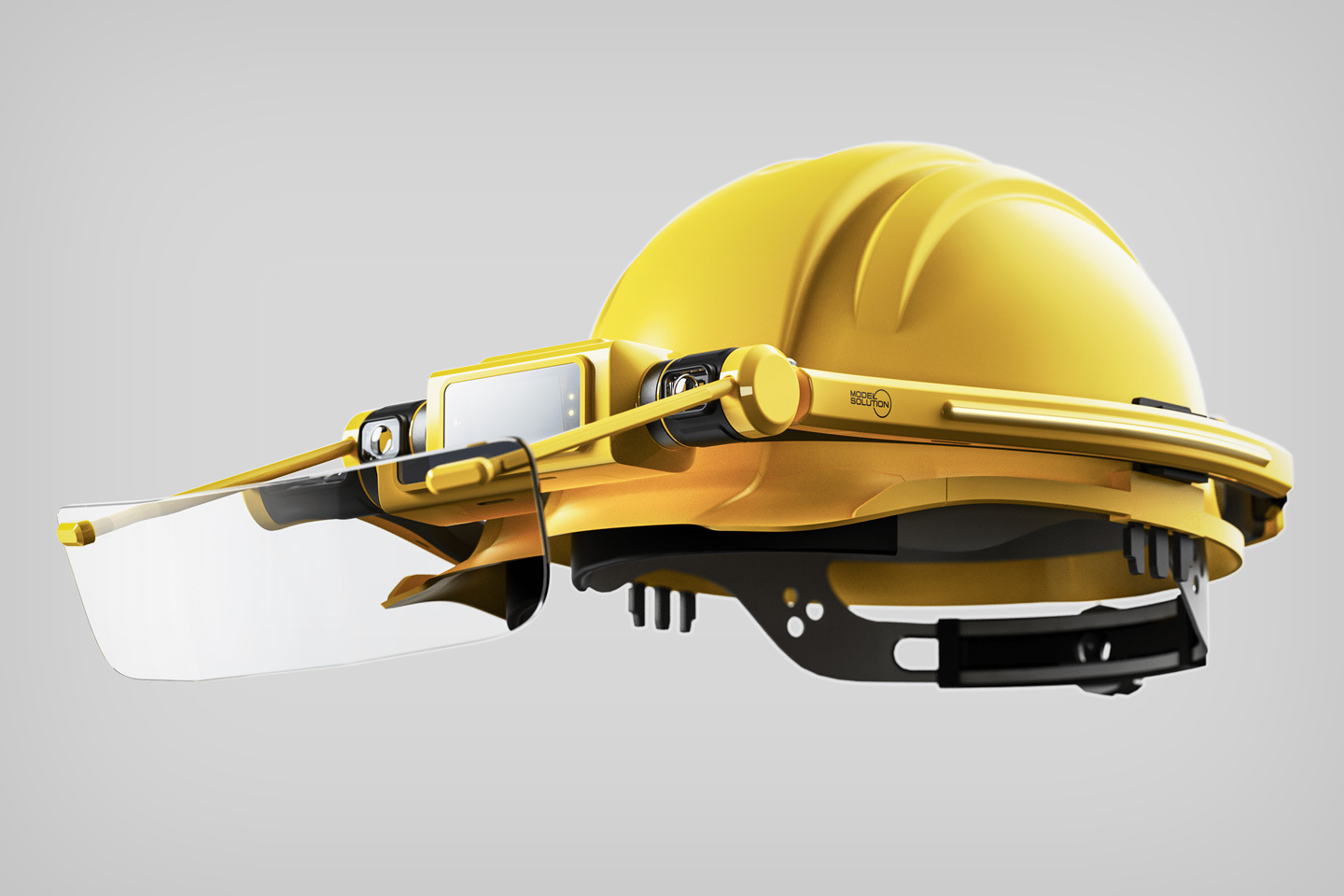 Ever wonder why we don’t have readily available AR glasses already? You could go buy the Oculus or the HTC Vive right now online or at your nearest retailer, but there’s no Hololens or Magic Leap headset available quite yet. The answer is simple – it lies in the killer app. The ‘killer app’ is that one app that absolutely drives the sales of a product. For the iPhone, you’d think it’s the camera, but it’s actually the app store. For the Nintendo Switch, it was initially The Legend of Zelda: Breath of the Wild and then Animal Crossing, for the Oculus, it’s clearly Beatsaber and Supernatural. What’s the equivalent for the AR headset? Maps? Well, maps are pretty useful on the phone the way they are. Translation? It’s useful, sure. But it isn’t the killer app. The killer app for AR, you see, isn’t a consumer-targeted appp. It’s actually more enterprise-focused. AR headsets can help enterprise teams achieve things they previously couldn’t. Surgeons can now observe and dissect human bodies in AR, aerospace engineers can analyze complex systems too, and technical teams can train junior staff through AR. The applications for AR are much more valuable to businesses than to consumers, which is why Microsoft doesn’t sell the Hololens 2 as openly. Even the Magic Leap headset is geared towards businesses and not consumers.

Rumen was designed for enterprise use too, but is less ‘AR Glasses’ and more ‘AR Headset’. With a universal design that fits on heads, caps, and even hard-hats, Rumen was designed with a pivoting visor that can be popped down when you need it, and moved back up when you’re done. This way, you’ve got an AR headset that doesn’t perpetually sit in front of you, and also allows you to wear glasses, safety goggles, etc. 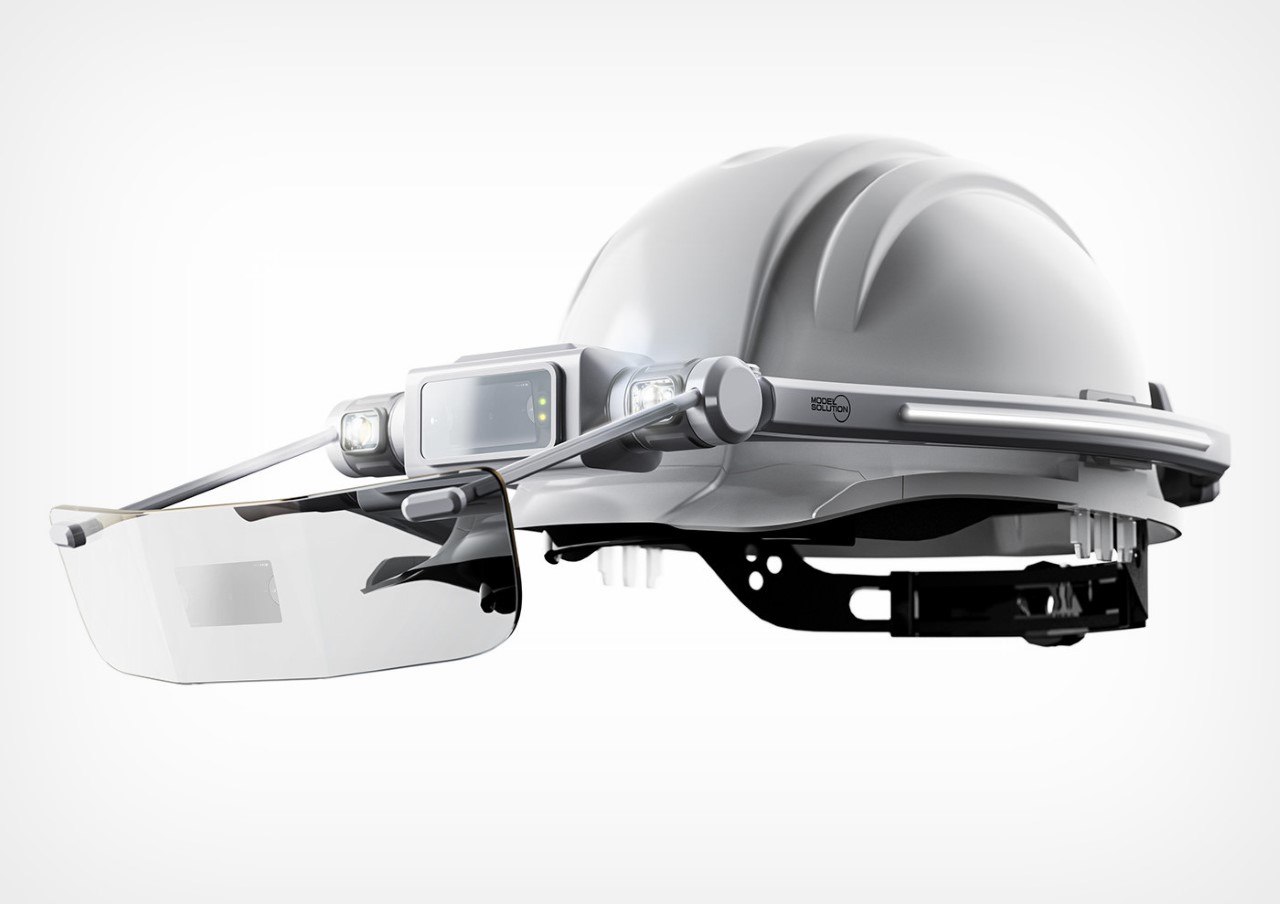 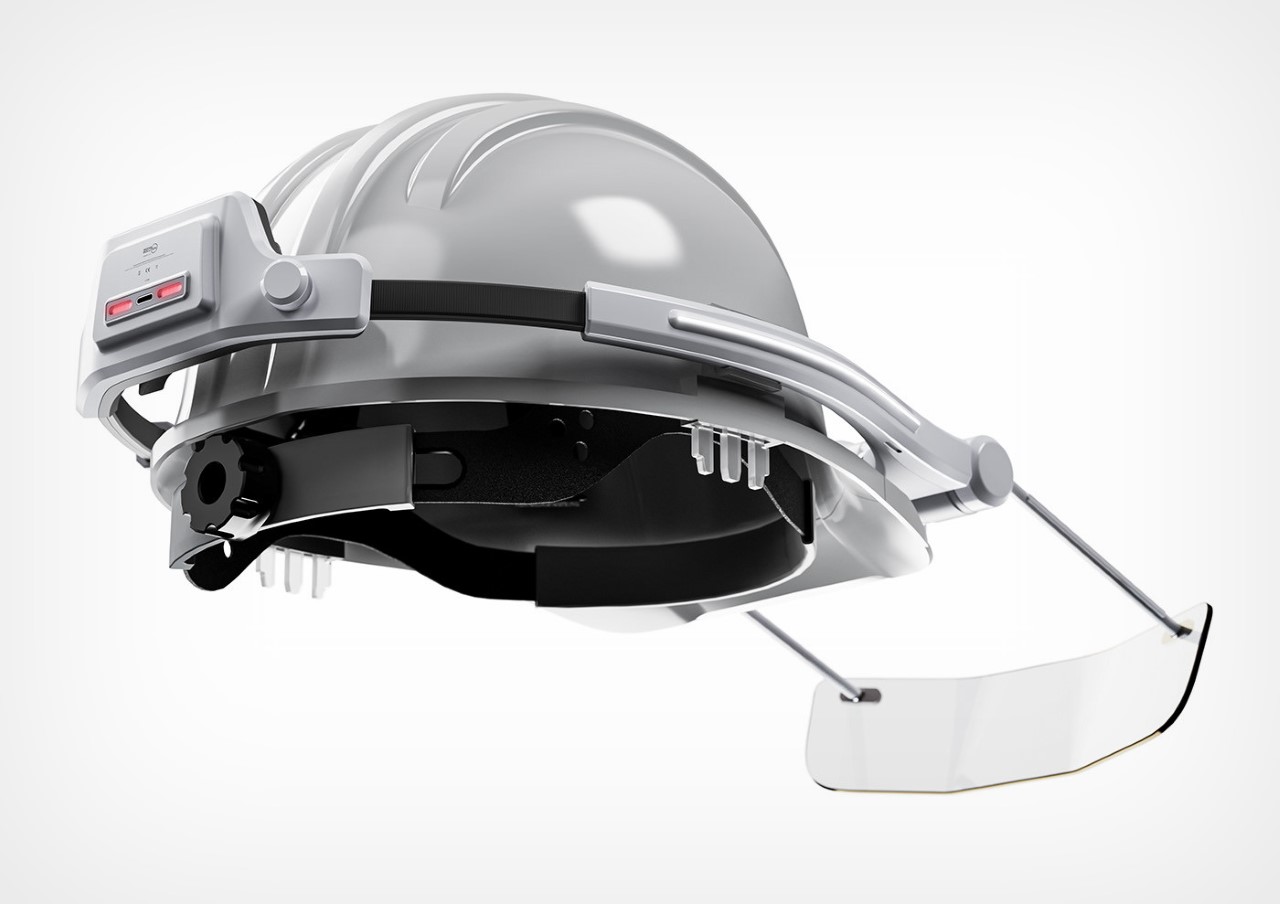 Rumen’s industrial appearance isn’t an accident. It’s designed to be more utilitarian than stylish, hence its appeal. It fits around heads and even helmets, with a band that goes around the sides and even over the top. Control knobs just above each eye let you calibrate your Rumen and an HUD on friction hinges can be either brought into your POV or moved upwards to prevent it from obstructing you. A head-mounted screen projects data onto the HUD, and on either side of the screen are flashlights that allow you to work in low-light conditions without needing a head-mounted lamp too (after all you wouldn’t be able to strap a lamp over the headset). 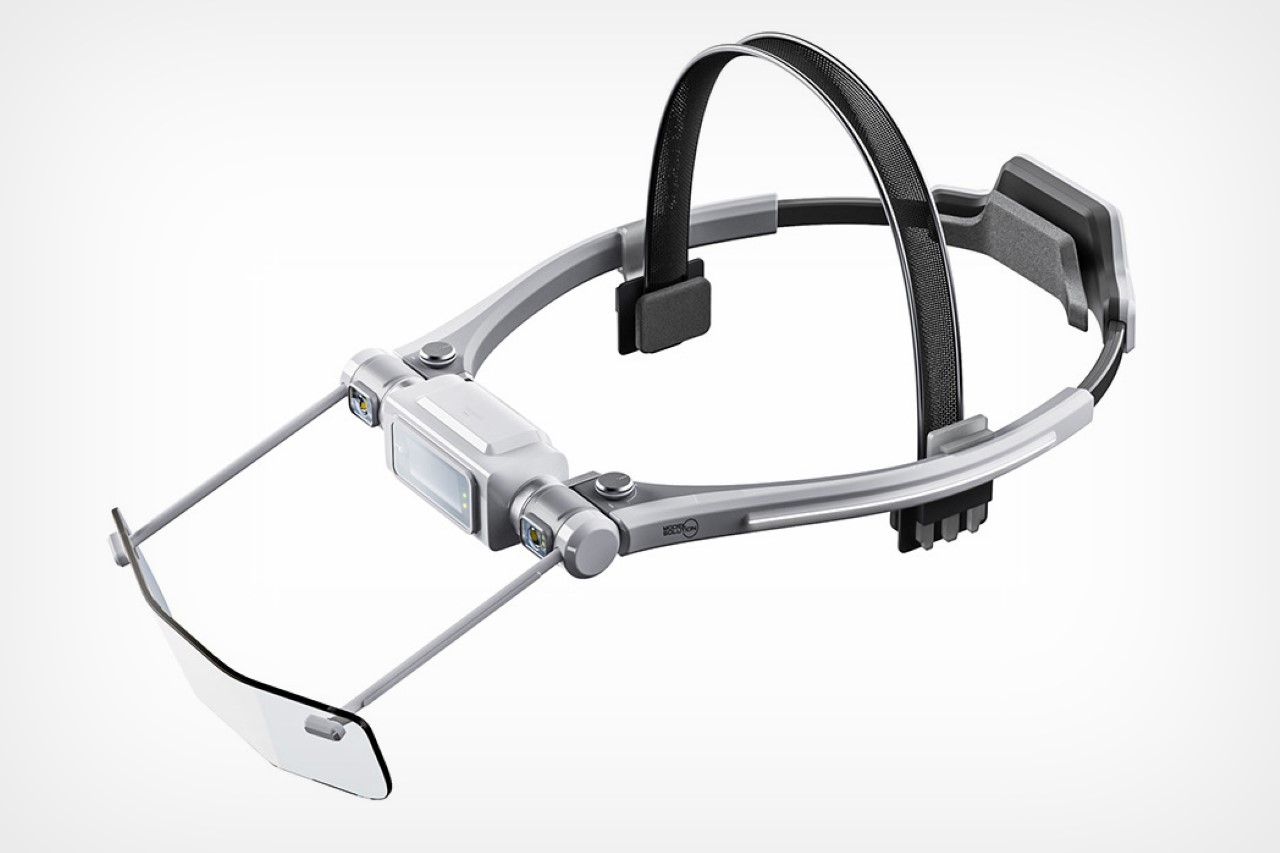 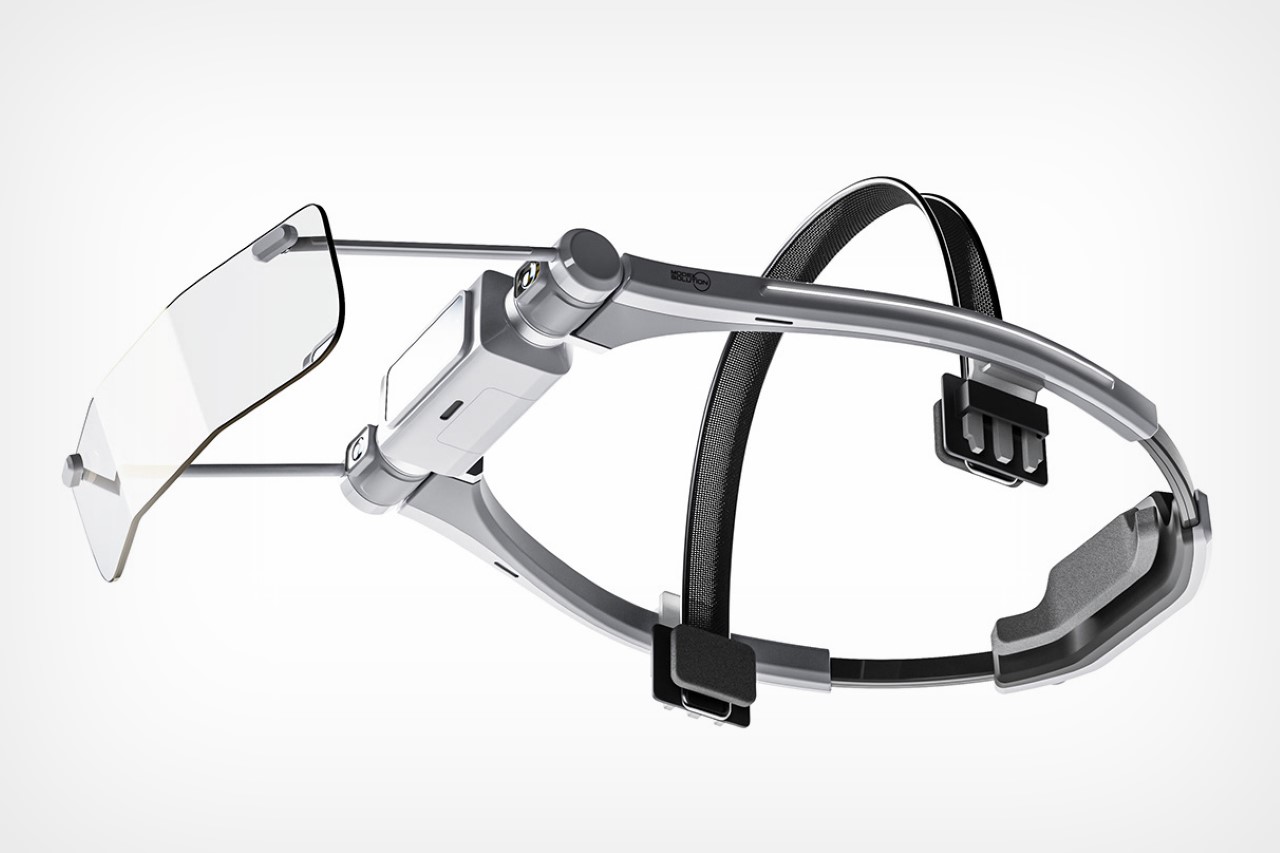 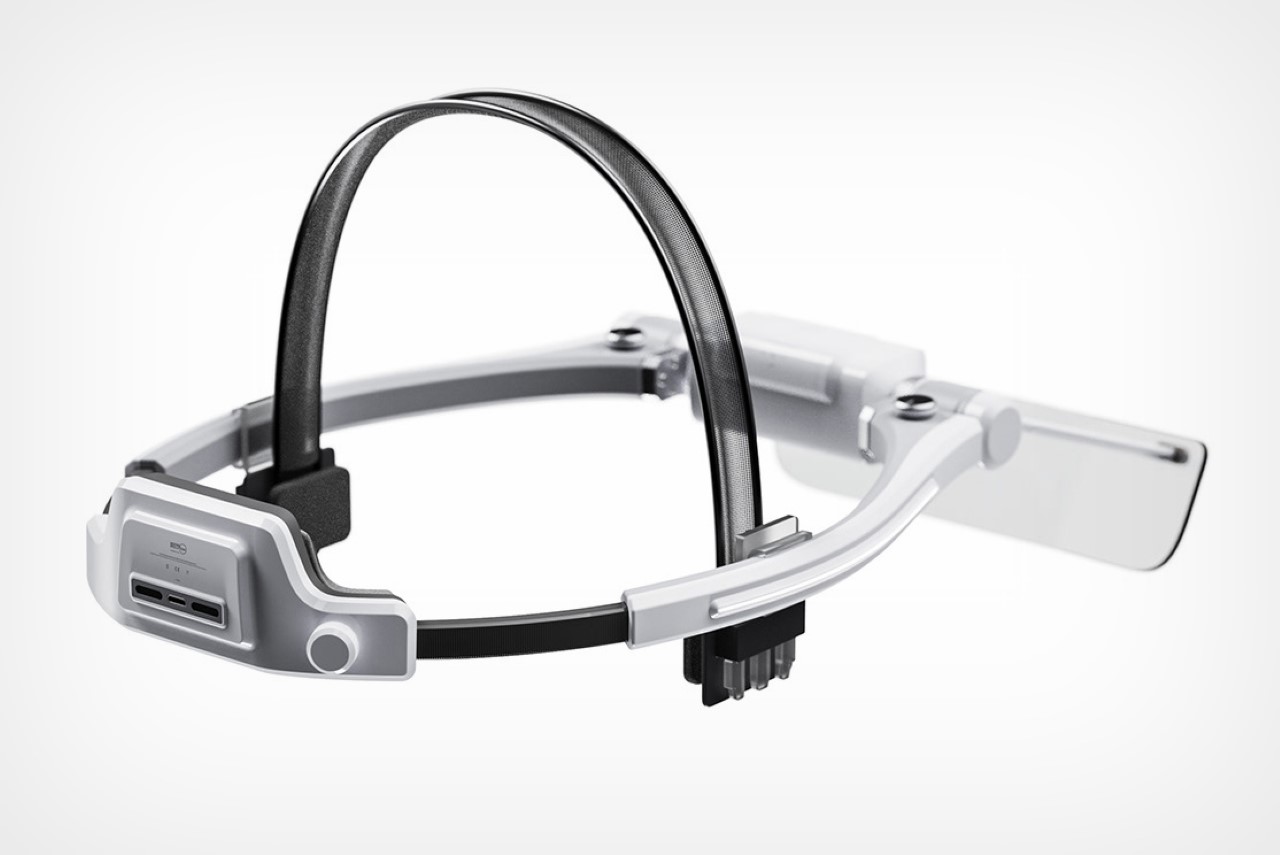 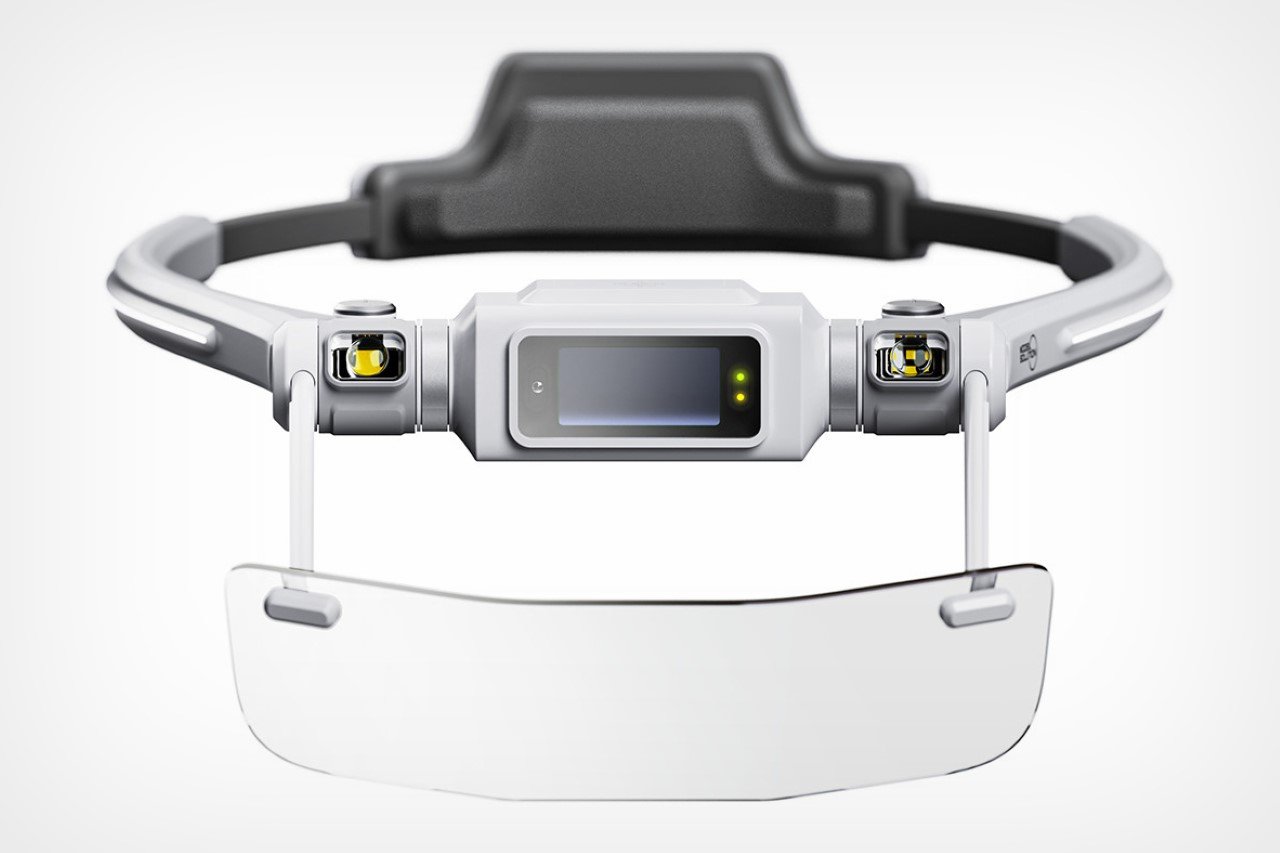 The adjustable clear display lets you overlay virtual elements on top of reality. 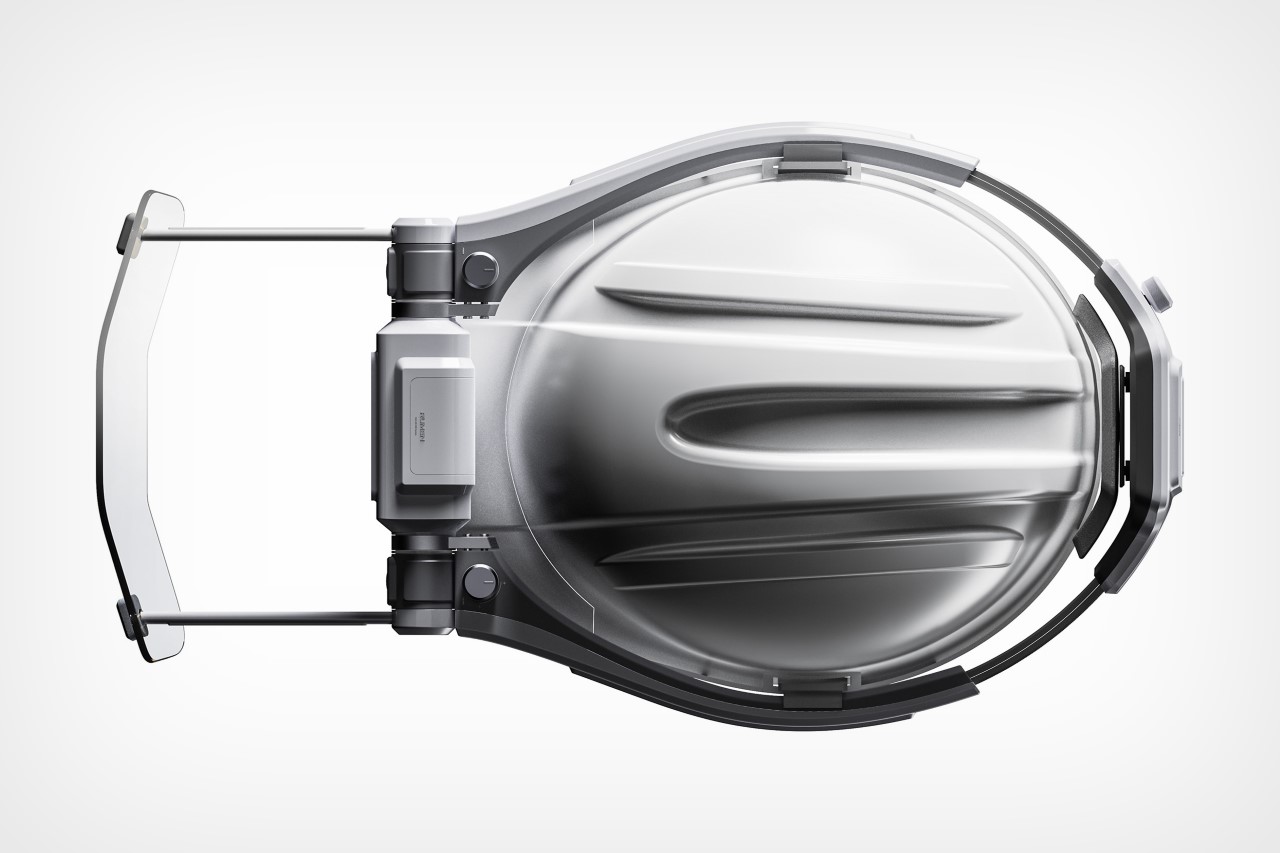 Rumen fits easily on top of all sorts of helmets and hard-hats. 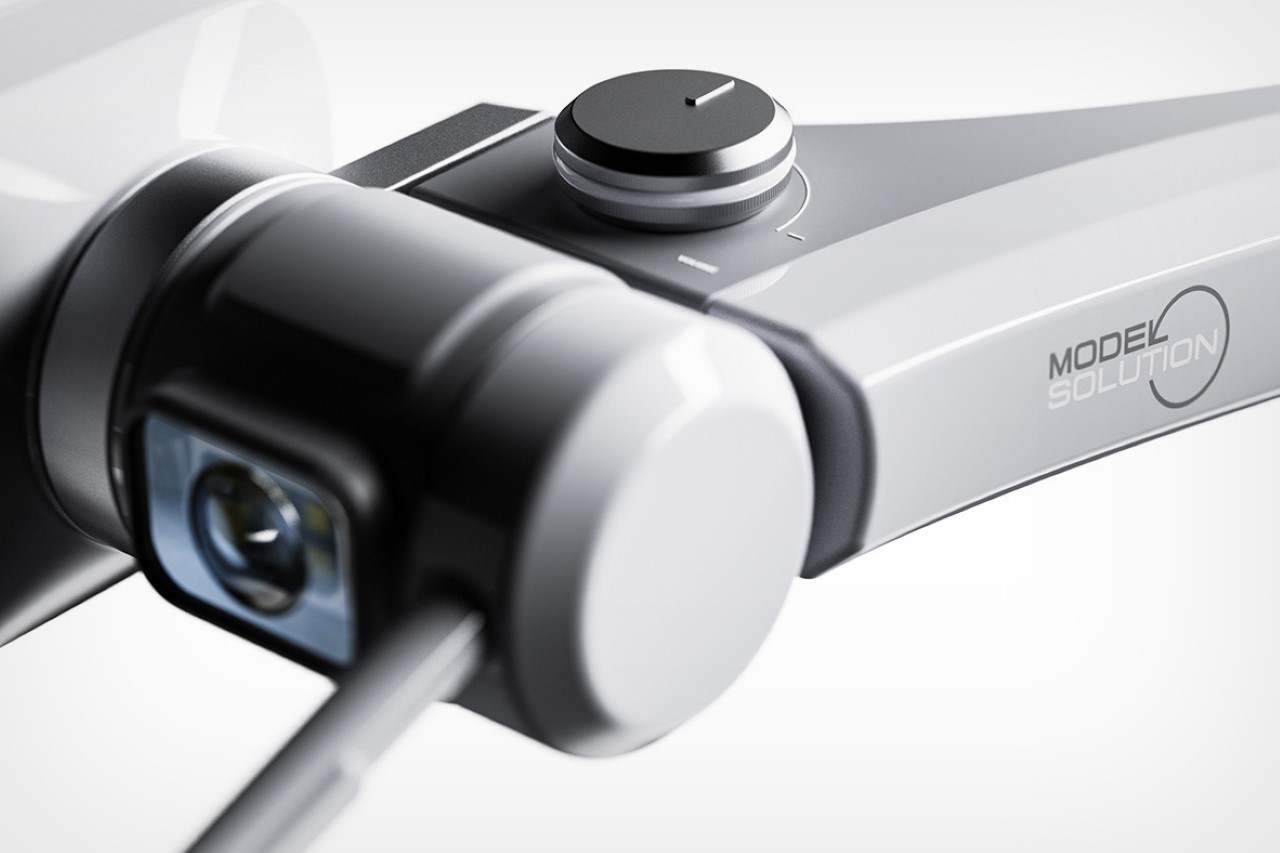 A close-up of the adjustment knob, with a view of the LED flashlight in front. 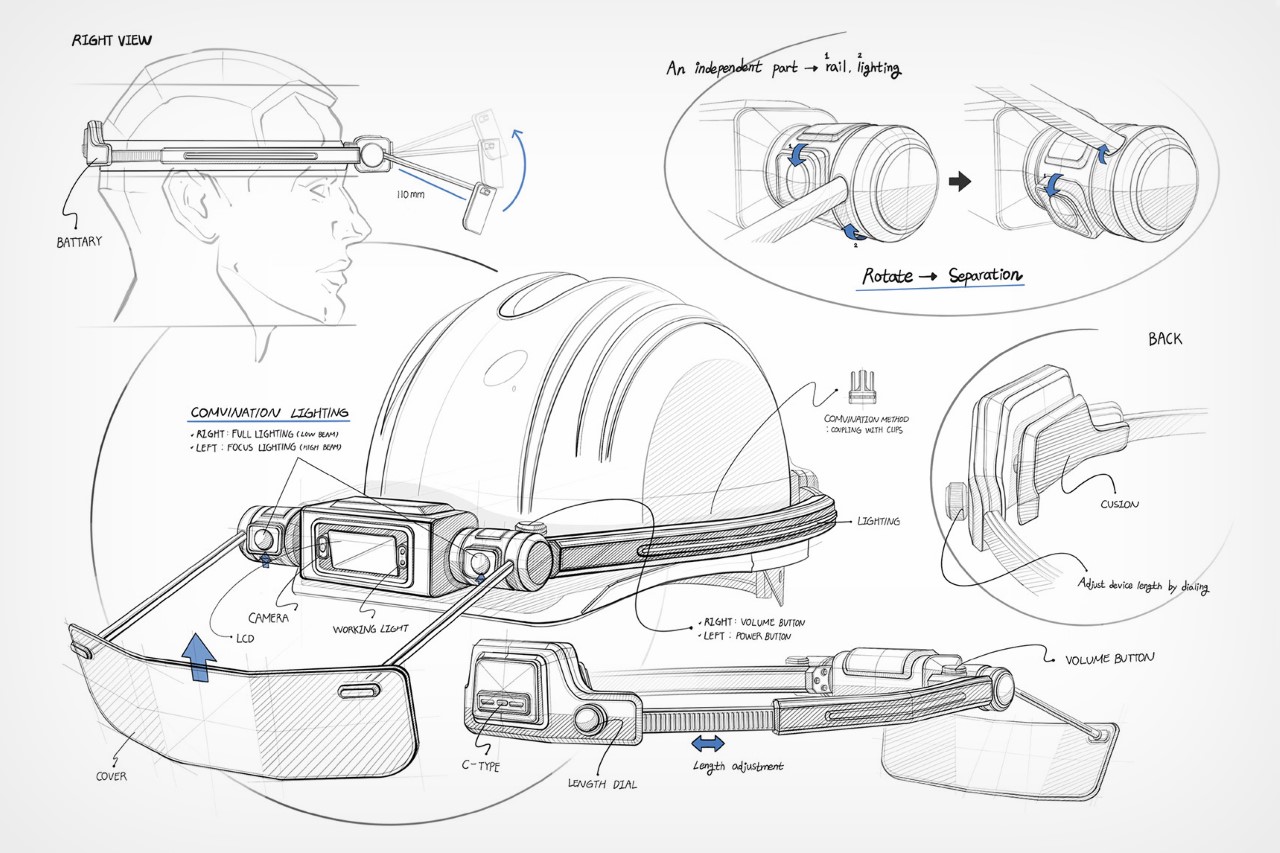 While the idea of seeing virtual pokemon prancing about in your real world seems like something people would readily pay for, the applications in the enterprise sector are much more promising to AR headset makers. Practically any profession could benefit from augmented reality, be it the medical profession, engineering, design, aerospace, transportation, or even regular technical industries. 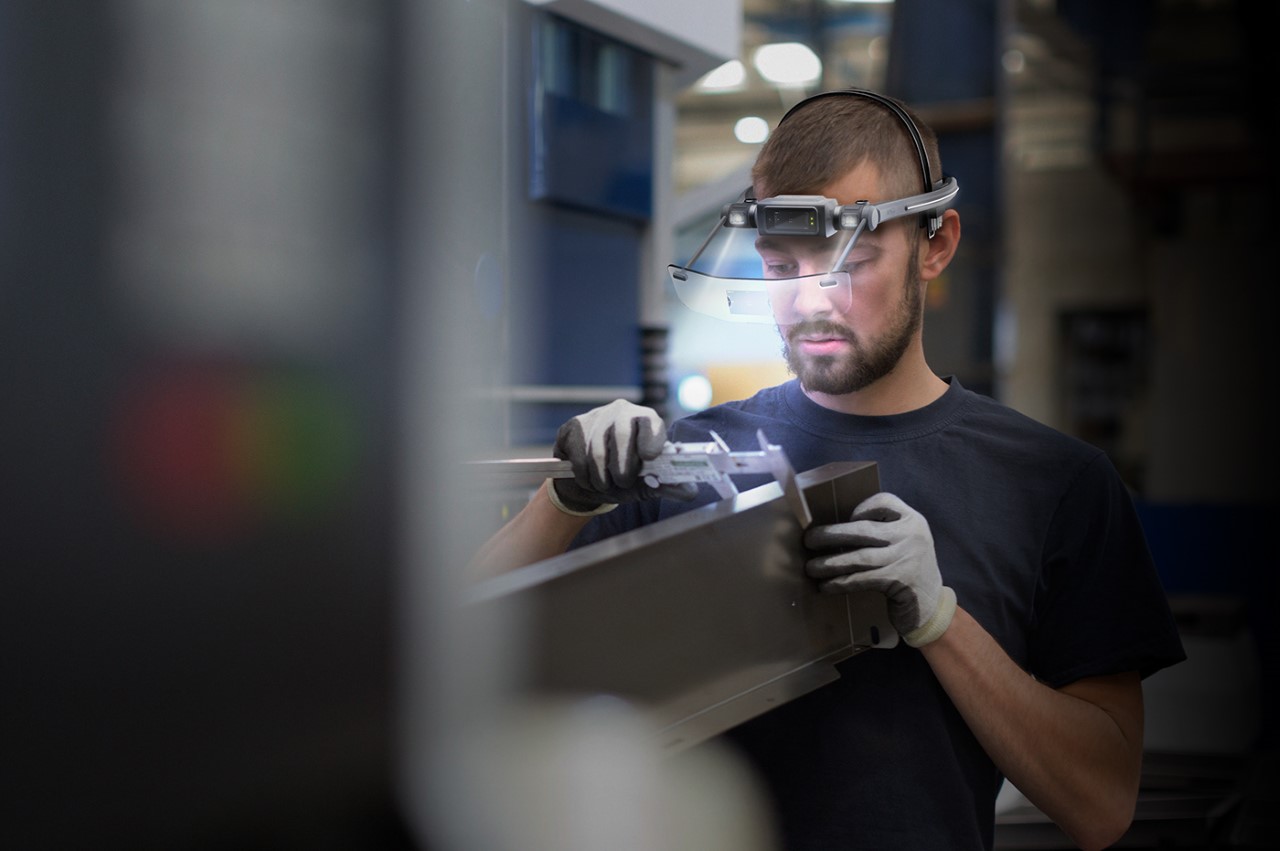 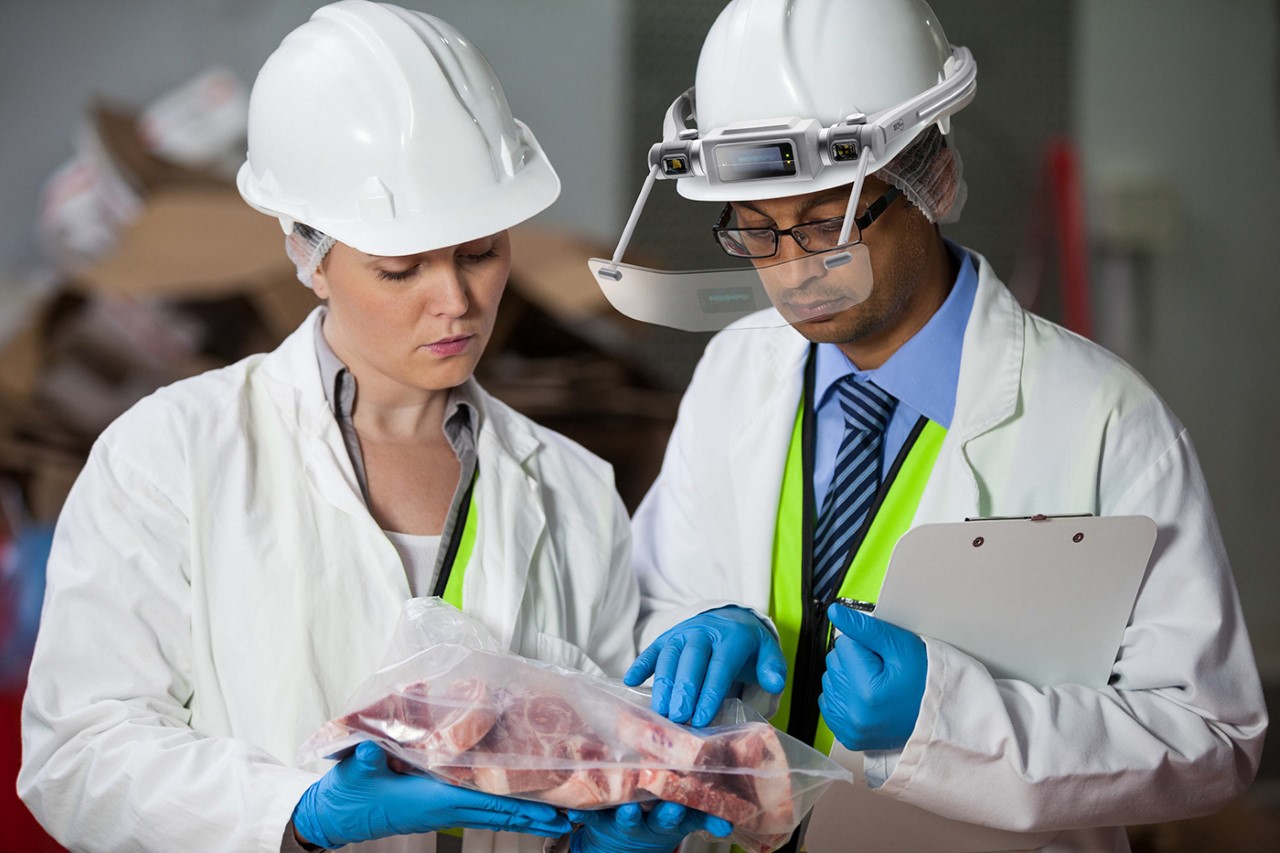 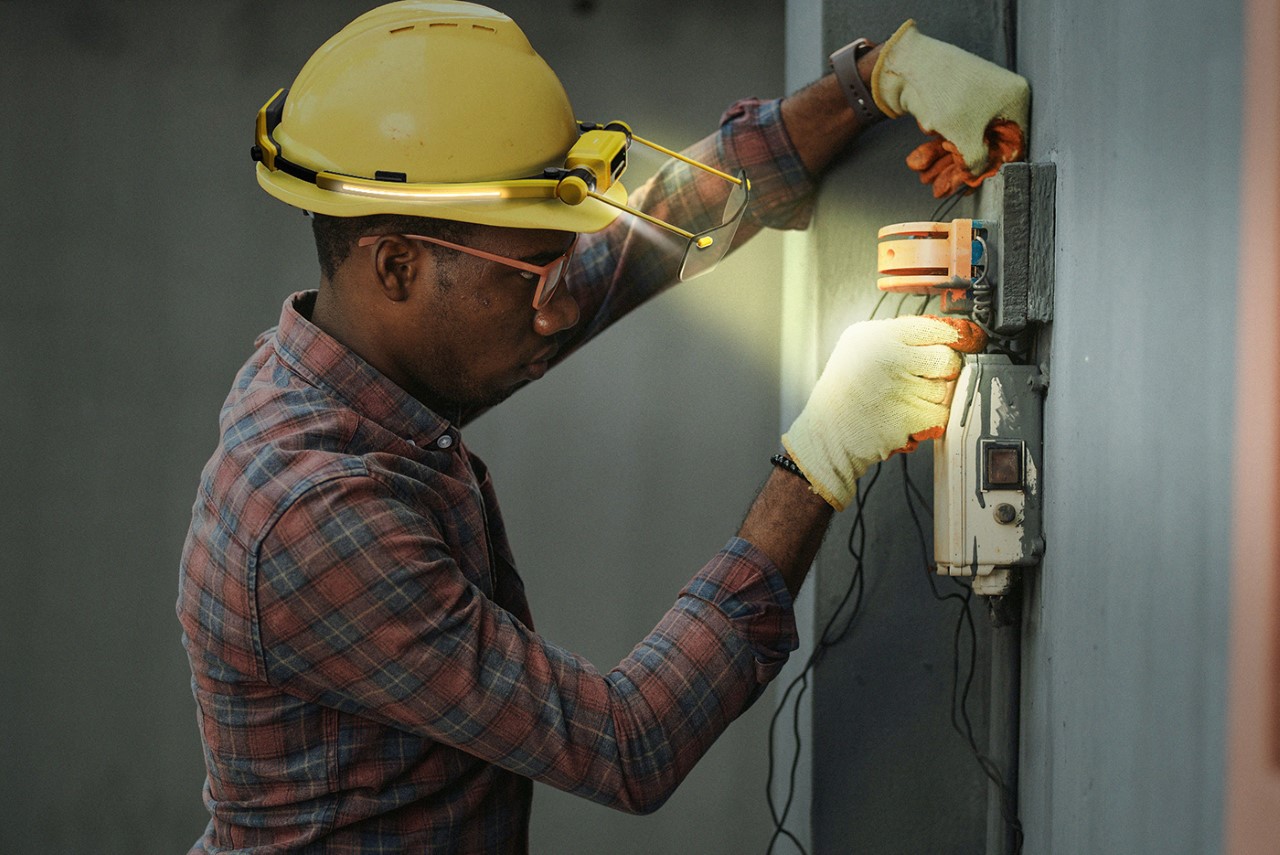 Withings is a brand many of us know to deliver excellent fitness and health tracking and monitoring features. It continues to come up with products…

Your Apple watch gets a nostalgic vibe with this iPod-inspired watch case!

About the size of a sunglasses case, Moggles are an innovative twist on the VR headset that collapse and expand so you can take them…