Whenever we build something physical, there will almost always be some resulting waste. For example, there are trimmings and cutoffs that are left on the production floor, and these are often thrown out because they can no longer be used. There has been some pushback recently in the attempt to reduce material waste, often by recycling or reusing these materials for other unrelated or orthogonal products. Pieces of fabric can be used for other textile-related designs, and even plastics can be recycled for some other plastic parts of other products. Of course, it would probably be better if there were no wasted materials at all and that every solid piece could become part of the product or a set of products. That’s the kind of resource efficiency that this chair set tries to aim for, resulting in a quirky design that looks like it was made from puzzle mats. 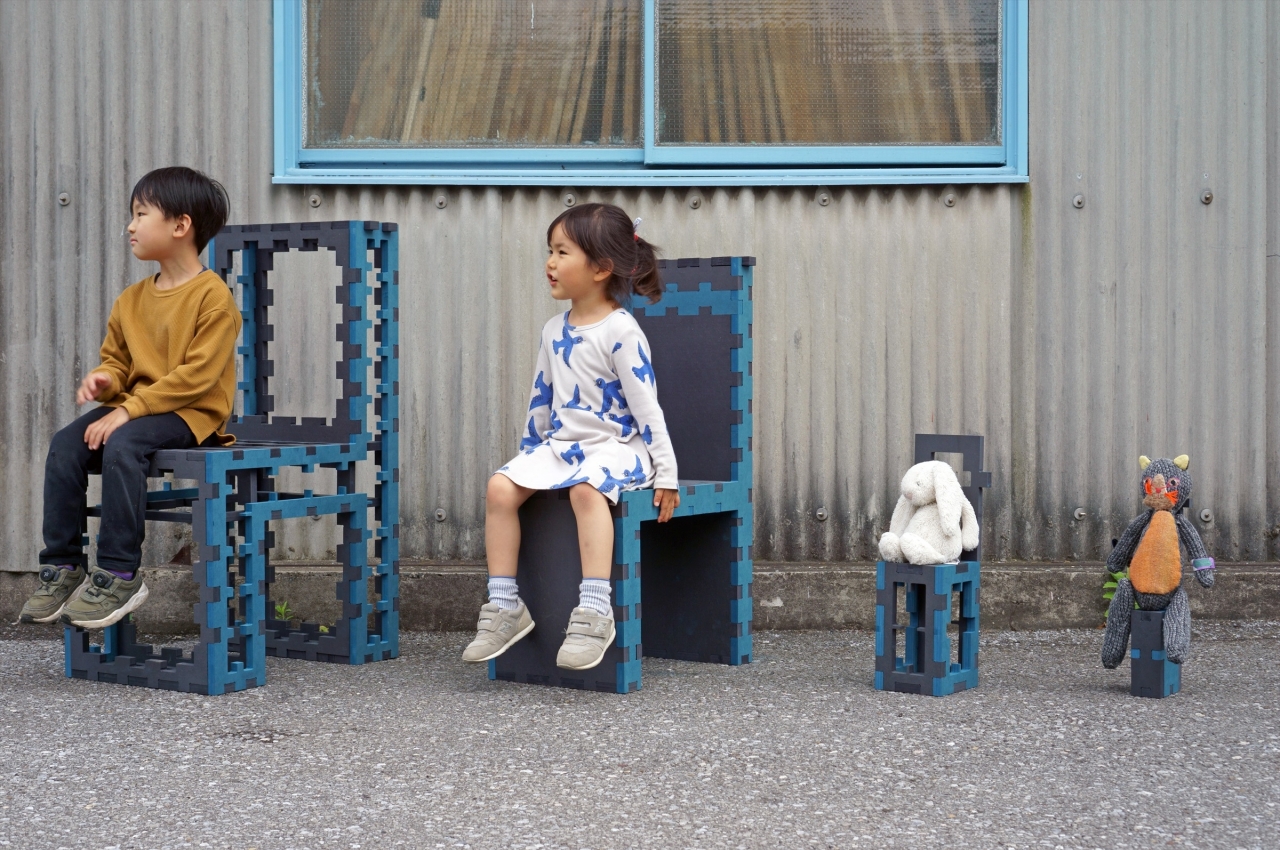 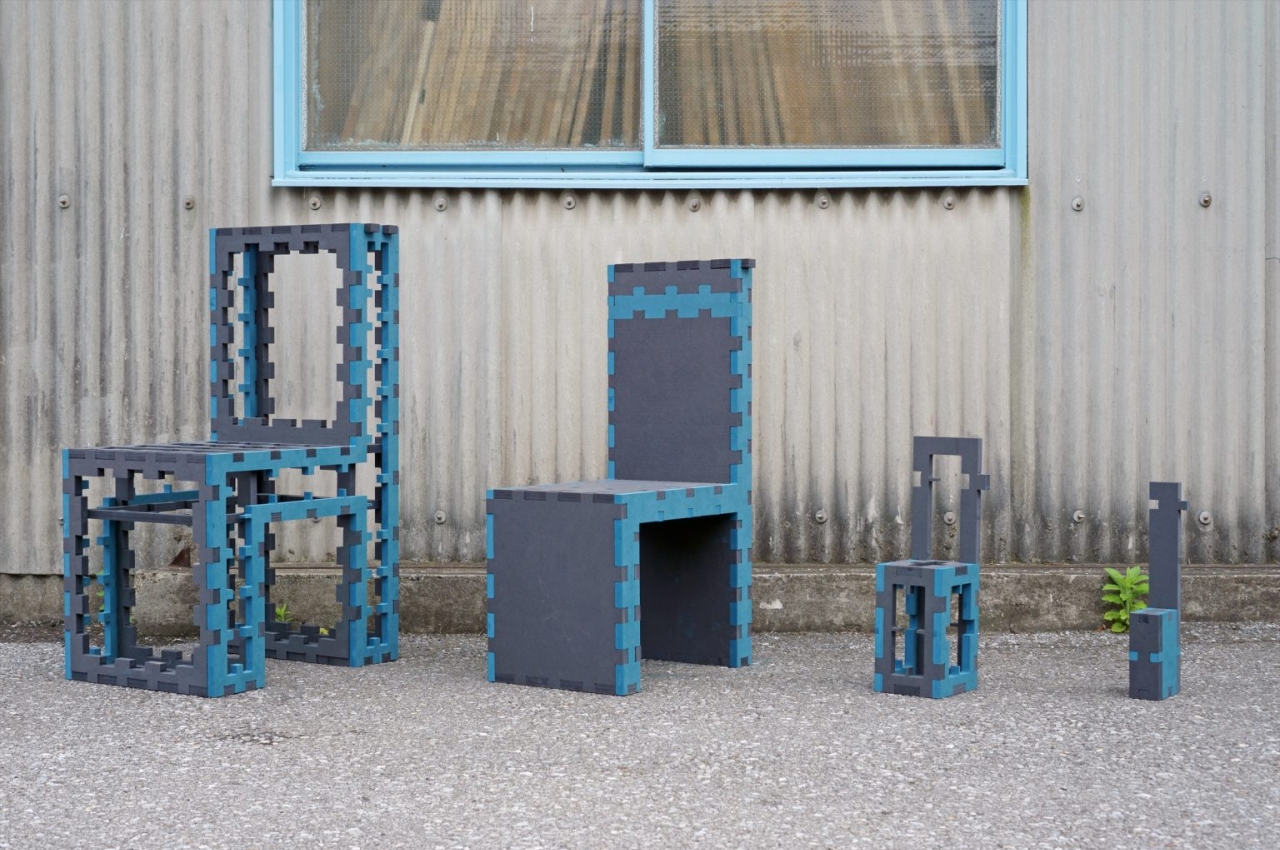 Unless you’re designing something with very basic shapes or something that can be folded like origami, chances are you’ll always need to cut off pieces of a whole. In most cases, these pieces get left unused, especially if they’re made from non-recyclable materials, but there are also times when they can serve a different purpose. With some creative design thinking, however, it might be possible to use every last inch of a single piece of material. In fact, it might even be possible to create several products from it. 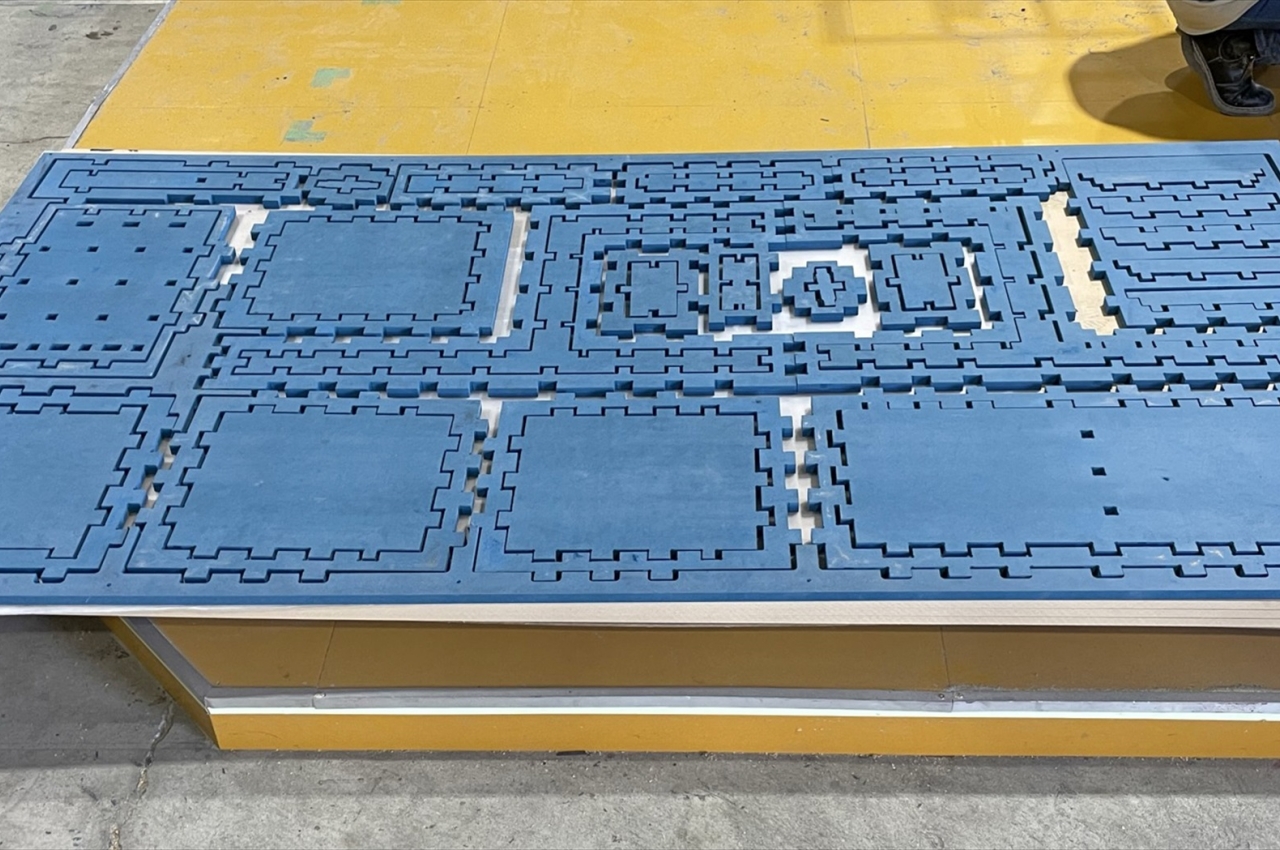 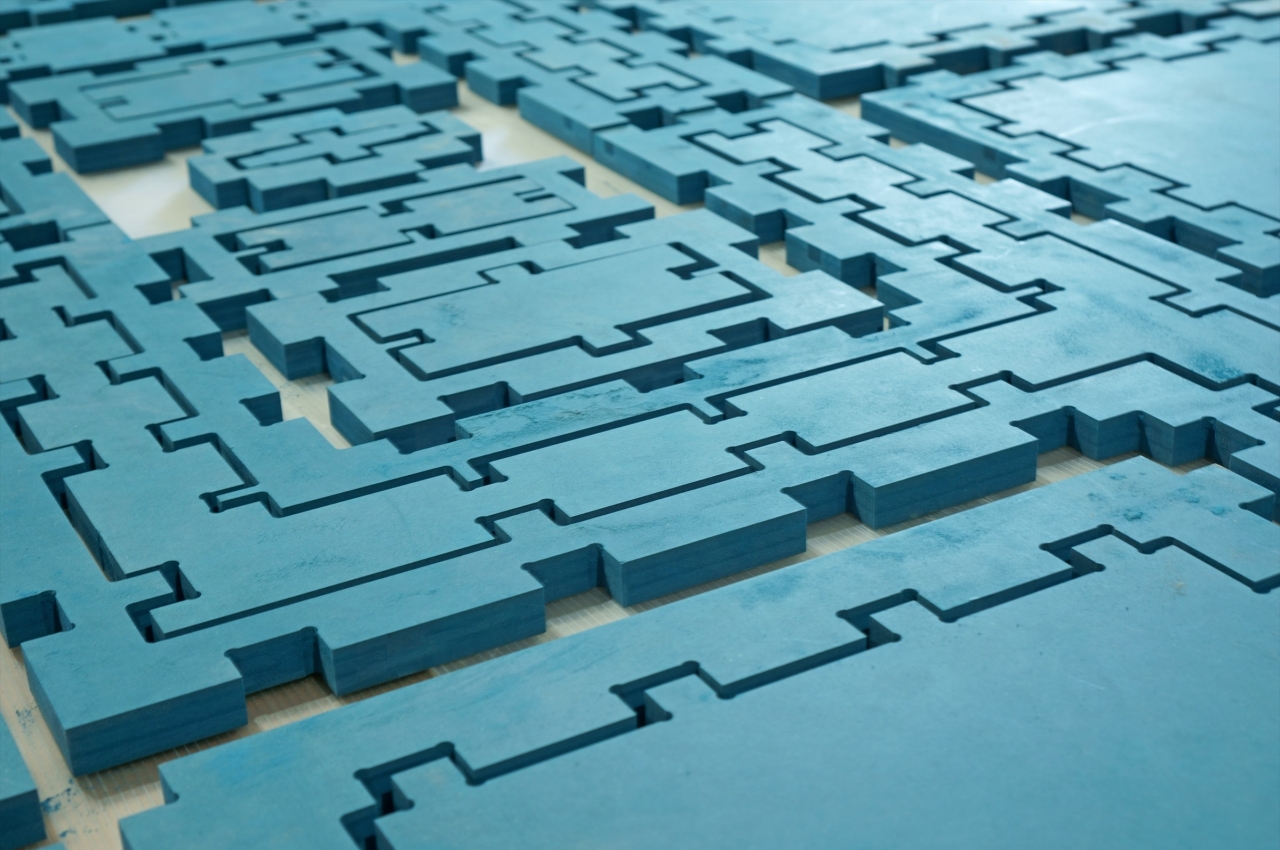 The TWINS-MDF is a modern twist on the first TWINS chair set by the designer launched 18 years ago. The original was a pair of metal and wooden chairs that fit into each other like a glove. This new version uses Medium Density Fiberboard instead (hence “MDF”) and expands the family into a set of four chairs. Technically, only two are really usable by humans, but the other two chairs are perfect for a kid’s imaginary tea party for plushies. 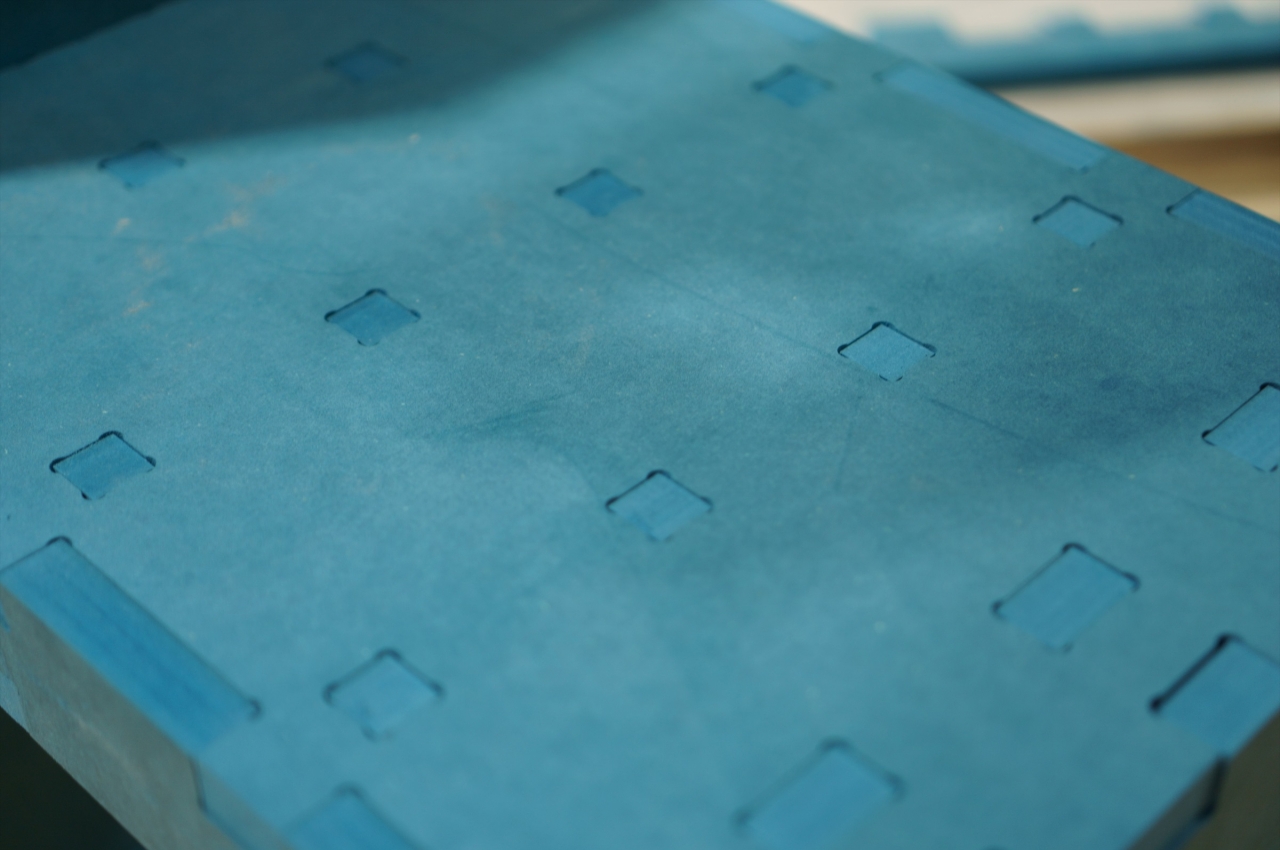 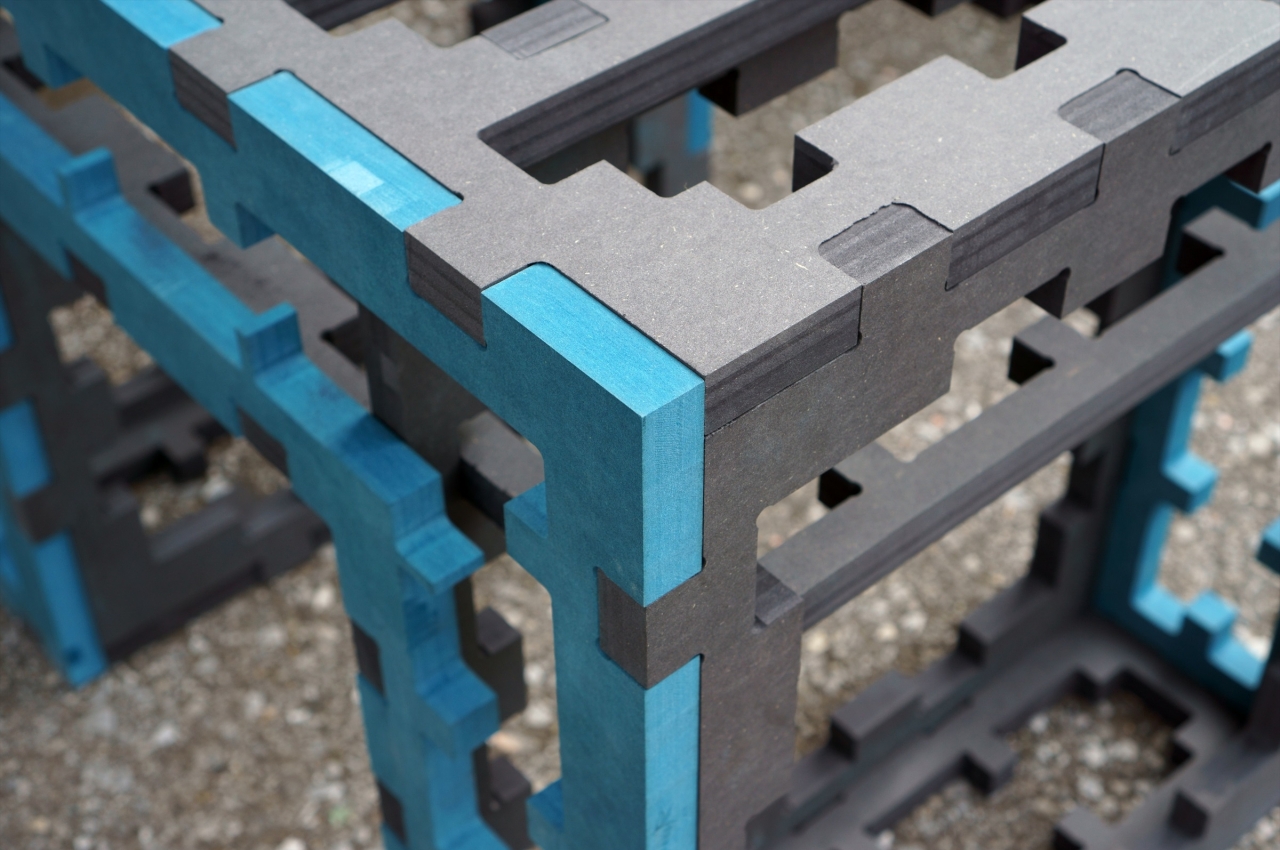 The idea is to cut MDF boards into square pieces with interlocking edges similar to those that you’d see on puzzle mats. The process yields two chairs in one, the “Frame” and the “Surface.”. The Surface chair is created using the “solid” central part of the puzzle pieces, while the Frame is made from the resulting “outline.” In addition to the alternating colors, the two chairs create complementing forms of mass and void as well. 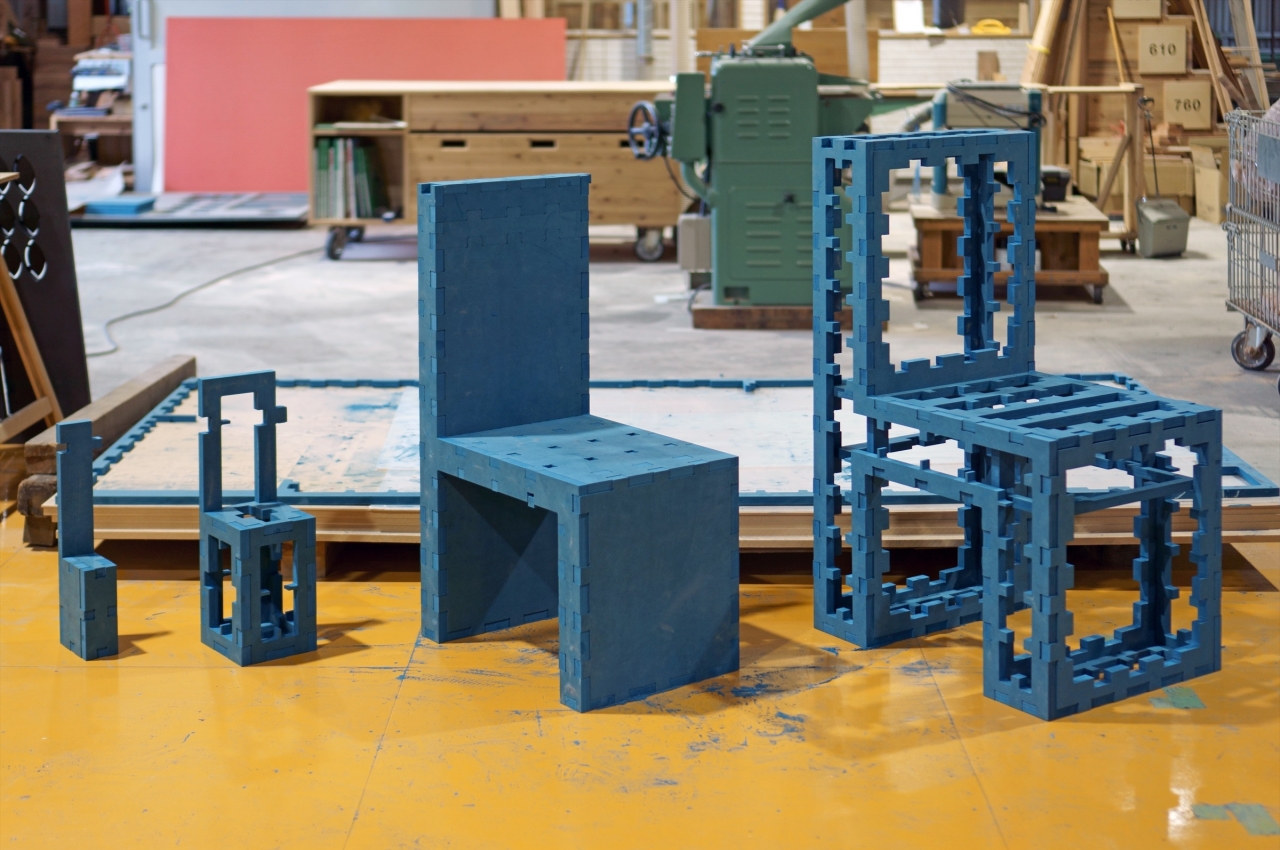 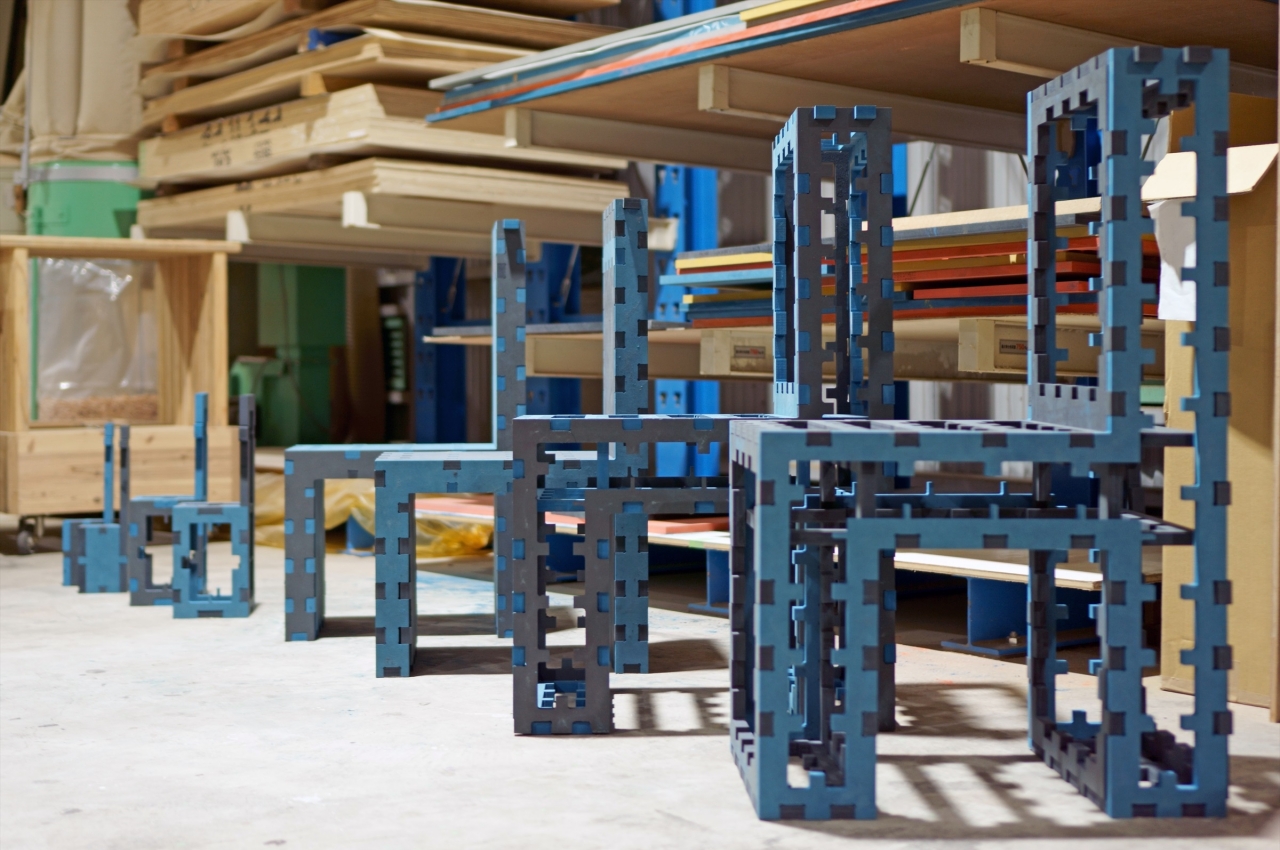 The same design is applied to a smaller scale, creating a pair of chairs that are more decorative than functional. In addition to being able to fit into each other, the puzzle-like design also has another advantage. It is possible to connect two or more Surfaces together to form a bench, same with the Frames. That even scales down to the smaller version, thanks to the uneven tops of the chairs’ back plates. 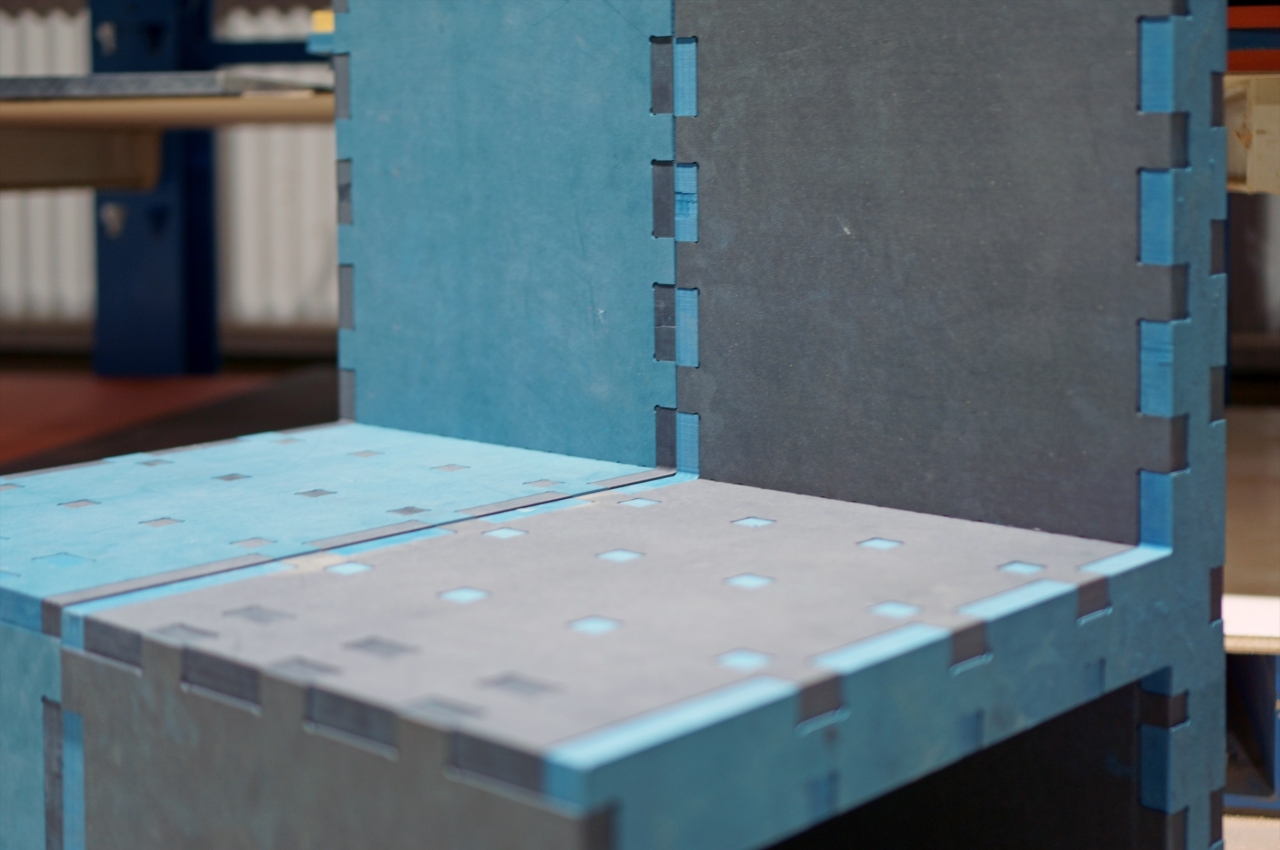 You’re unlike to fit the Surface and the Frame into each other, though, because of the work it would take to take them apart and put them back together again. From a materials perspective, however, this kind of design is critical in helping reduce not just material waste but also the overall energy footprint during production. It’s definitely a bonus that the chairs look distinctive, with an almost playful flair to an industrial motif. 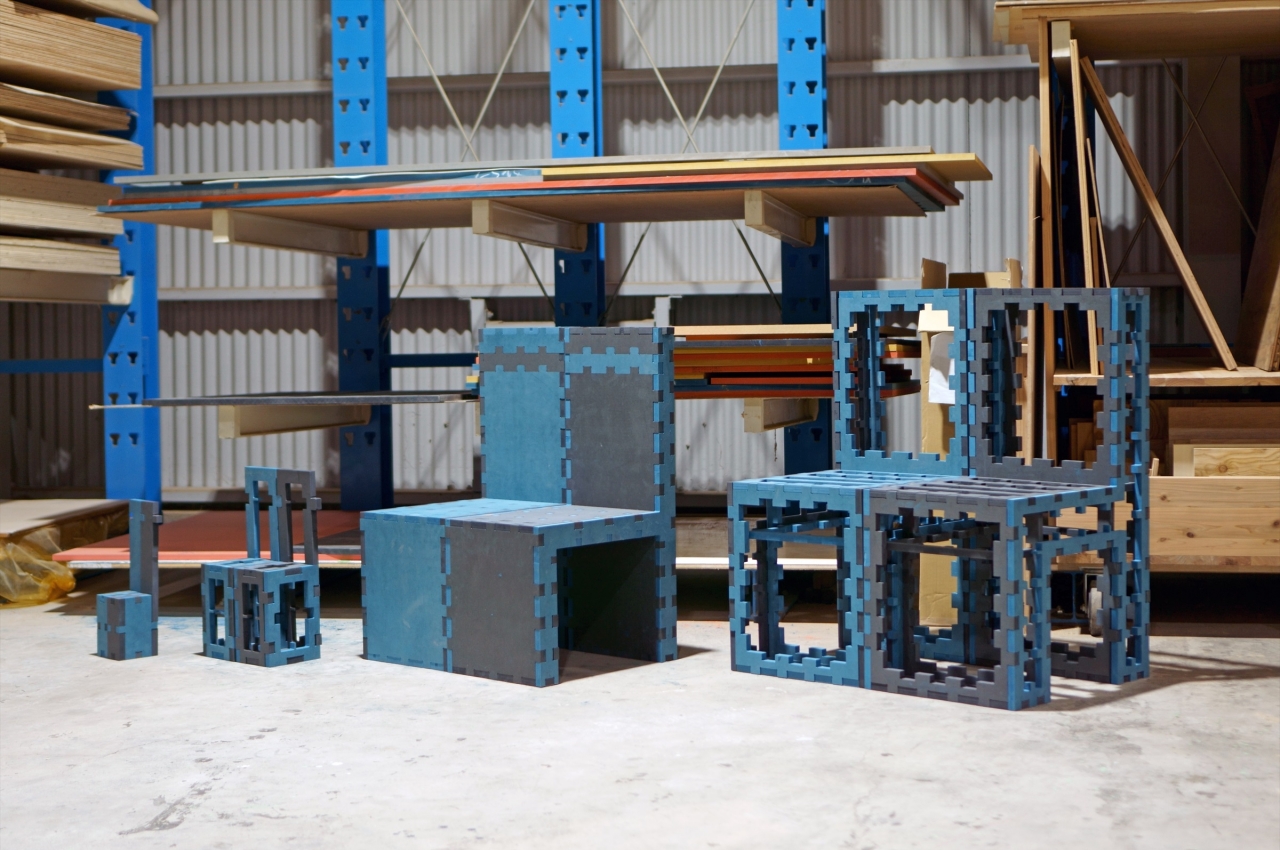 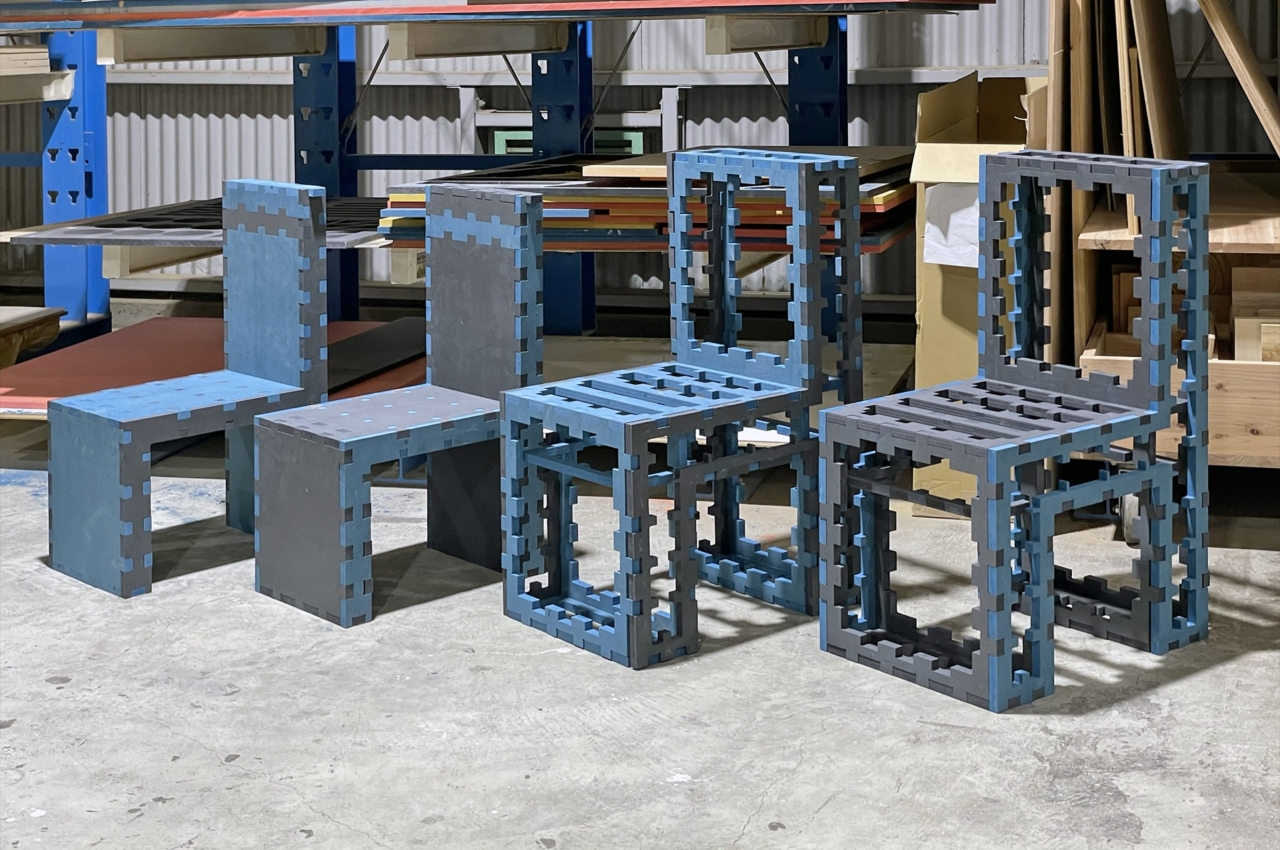 That’s right! Nagoya! Do you know where that is? The exact location of this project is 3-38-10 Osu Naka-Ku Nagoya City – Aichi, Japan. The…

This cat tower doubles as a vanity area with a full-length mirror to make the most out of small spaces!

The truth is, cats turn every piece of our furniture into their own climbing tower or scratching post, lookout perch, or their personal couch‒ whether…

When you live in a small space like condos or tiny apartments, modular furniture is something that you’re always on the lookout for. While not…

Top 10 sustainable designs you need in your daily life