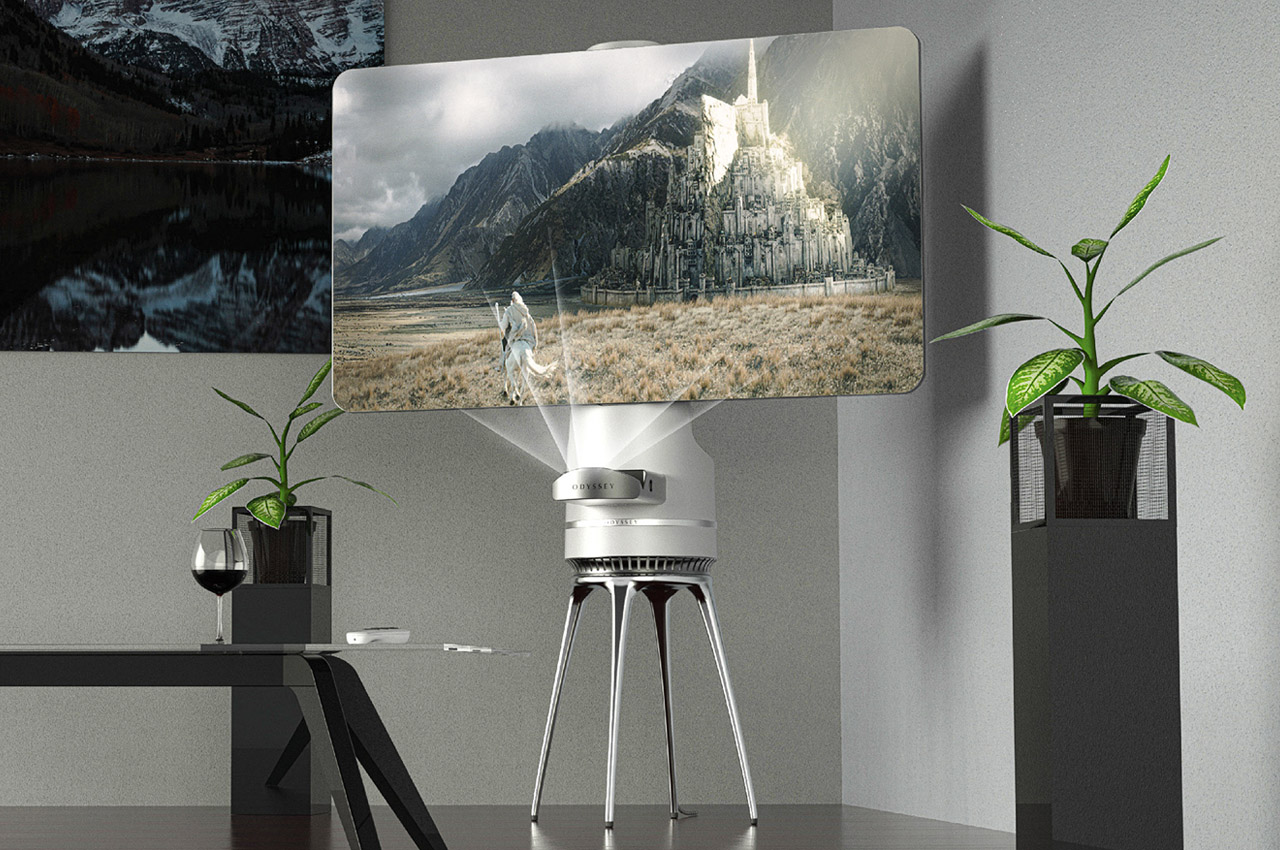 Unless you’ve been living under the rock, you would have seen the dramatic video of C-Seed’s ultra-futuristic TV tearing up from under the floor to stand erect as a 7 feet pillar that unfolds its four panels to create a 4K HDR tele. Drawing some influence from this unfurling creativity, Odyssey is a new perspective but with a comprehensive entertainment approach than just the simple television set.

With mind-numbing antics of the rollable and transparent TVs we have been seeing around, there is no denying that we are entering a new age of home entertainment where such gimmicky connected TVs will rule the roost. I wouldn’t have refuted this if I had not crossed paths with the Odyssey. Odyssey visions a new entertainment journey that unites the unfurling TV-like screen with an impactful projection system for an all-in-one in home entertainment system which we would love to grace our living rooms with; only if it were in the affordable realm! 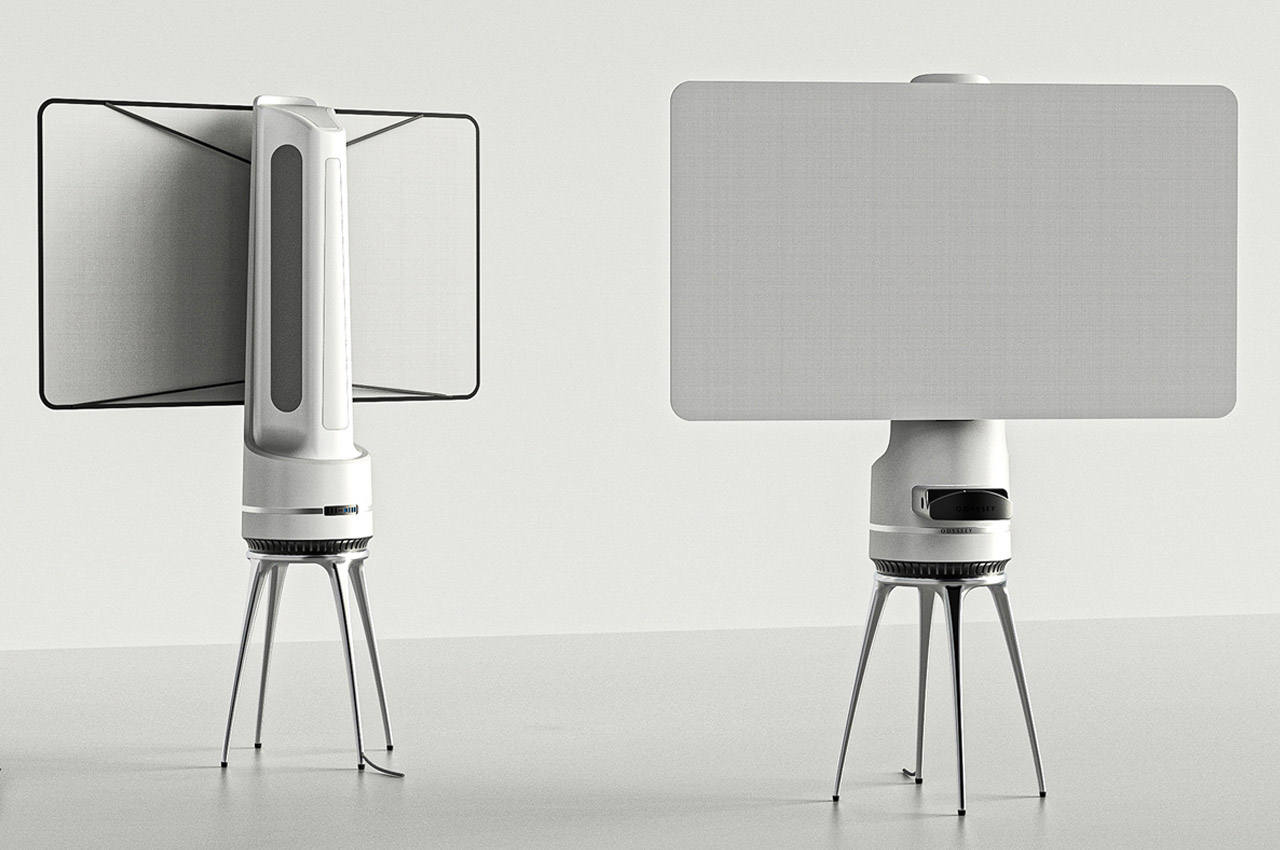 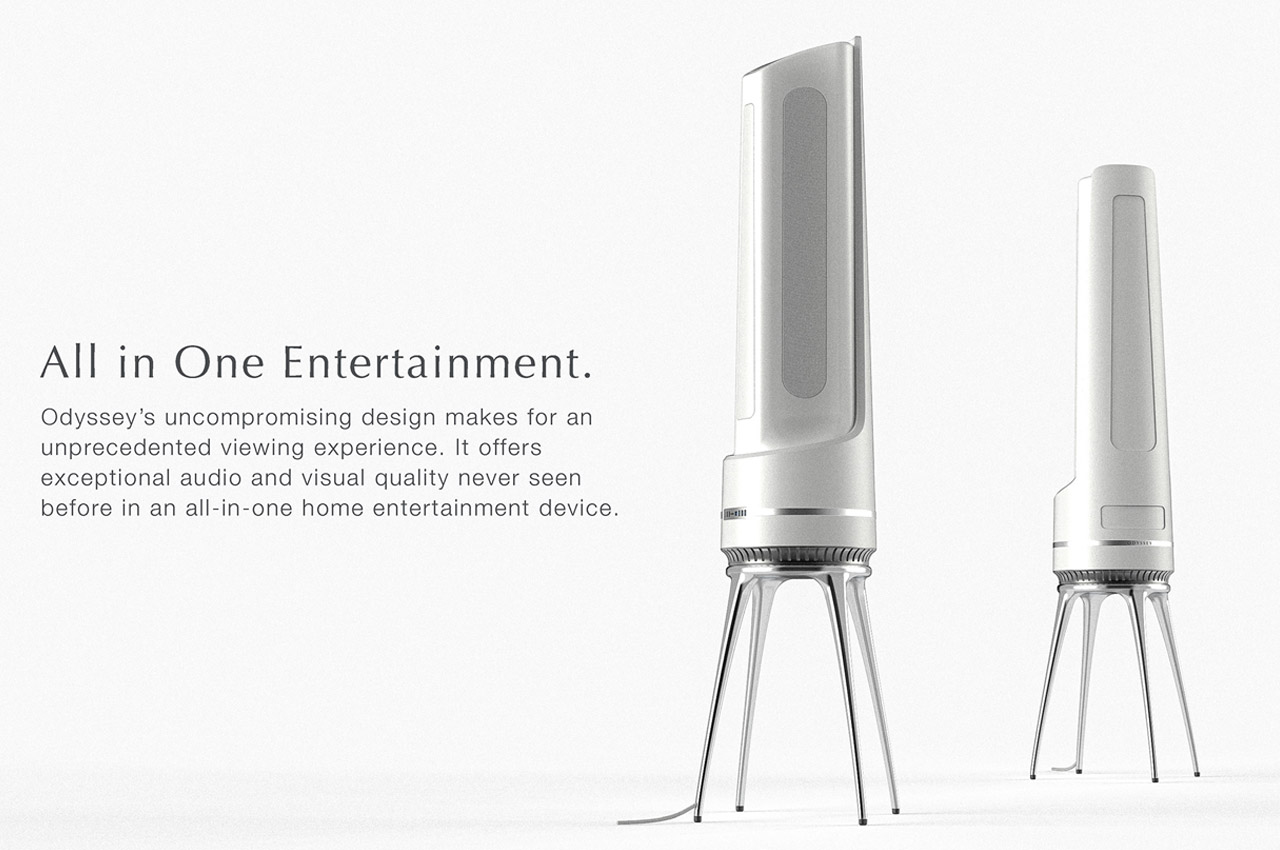 Odyssey is a wholesome entertainment unit in a spaceship like form factor. Its front panel slides open to make way for the arm assemble which hold the unfurling canvas projection screen perpendicular to the floor. This is just the beginning of the Odyssey as an entertainment stalwart. Things become melodramatic when using a provided remote an ultra-short throw projector can be slid out from the main unit just under the screen – fully flung open – to project crisp 4K UHD image. This single enclosed unit is also integrated with multidirectional high-fidelity audio comprising 12-unit drivers. 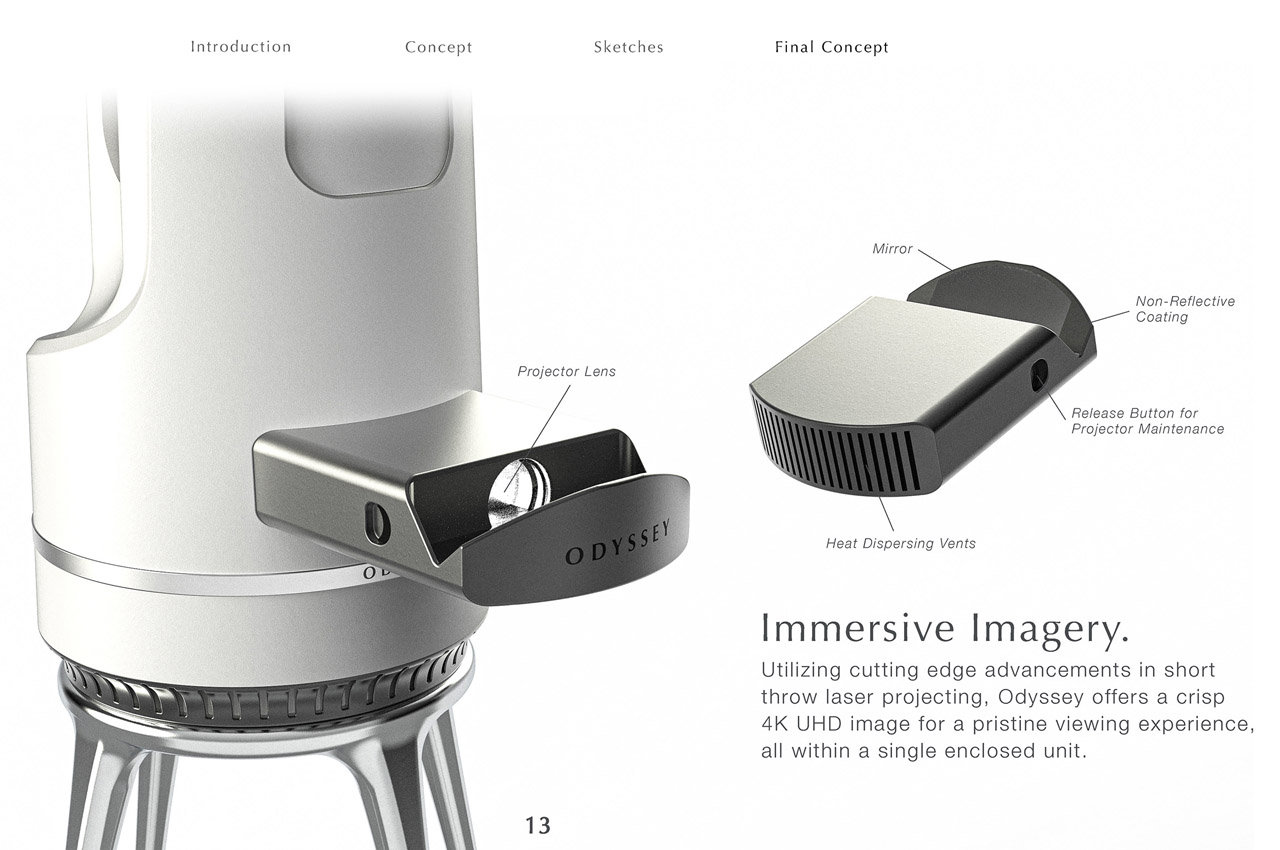 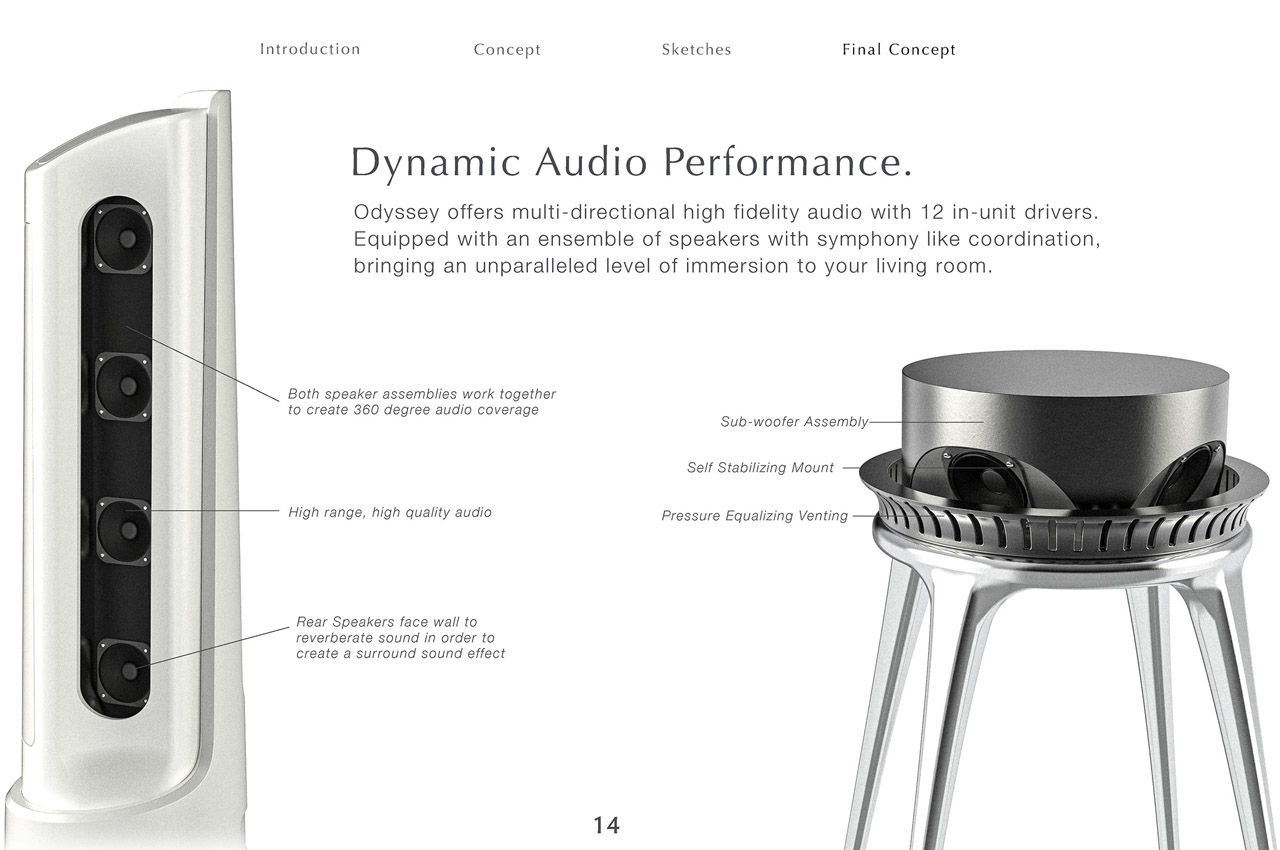 The ensemble of four speakers toward the back of the Odyssey have been specifically positioned. Idea of the rear facing speakers is to face the wall and reverberate sound in a way to create surround sound effect. While the Odyssey’s body is white and plasticky to show, it rests on four speckless, polished steel legs one of which has a power chord running through it up to the body provided with HDMI, Aux and USB ports for connectivity.

Whether your home is already outfitted with a dedicated home theatre or if you’re looking to fill or recreate your entertainment space with something intriguing, entertaining, and state-of-the-art at the same time; Odyssey can be that help in your journey of an entertainment experience never fathomed before. 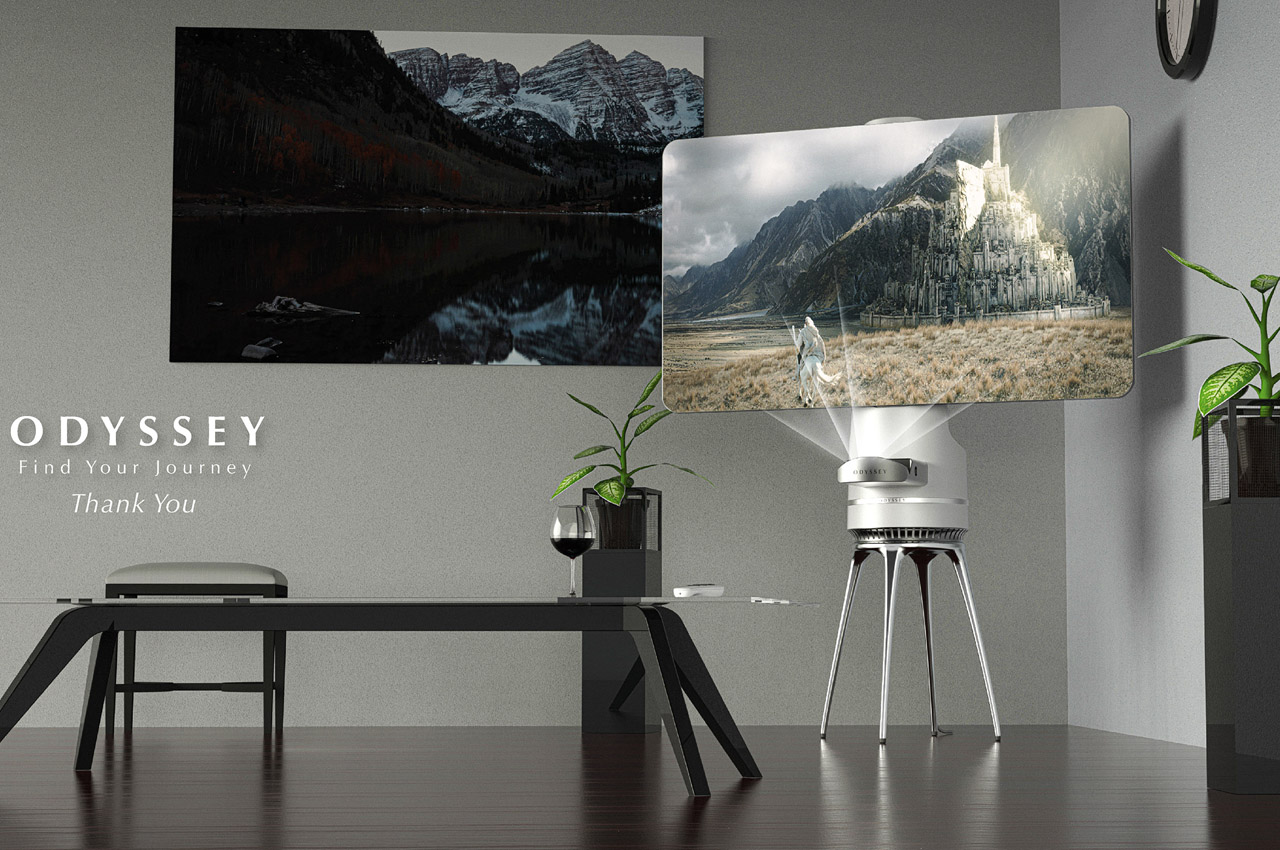 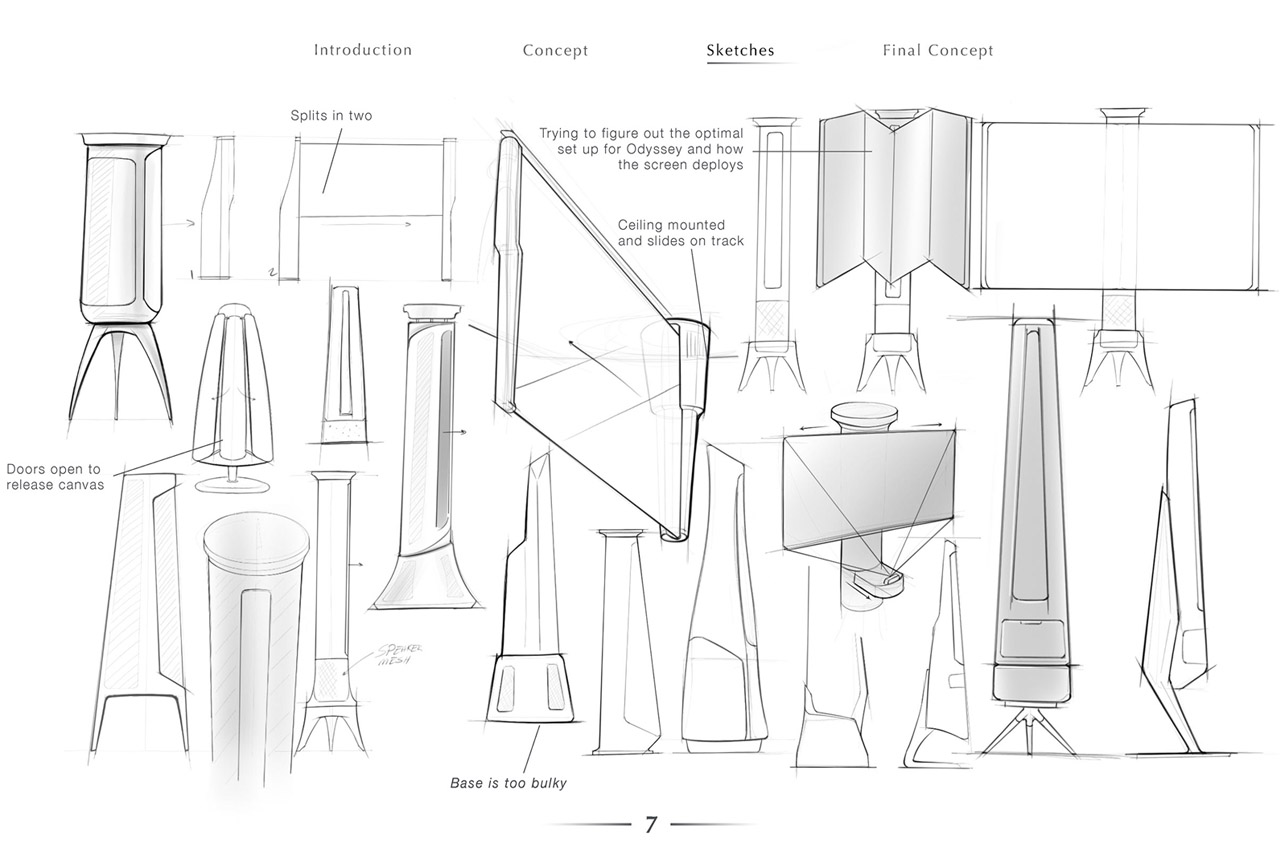 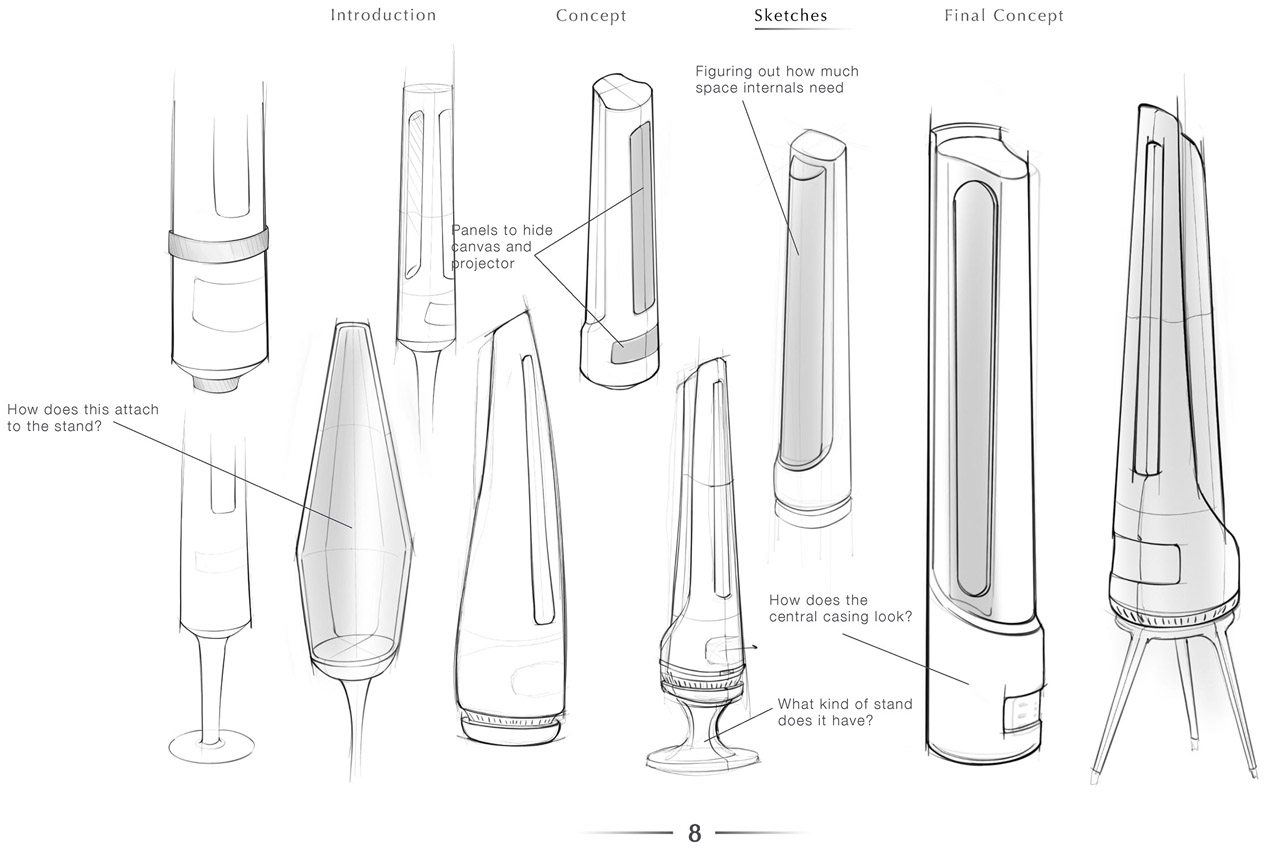 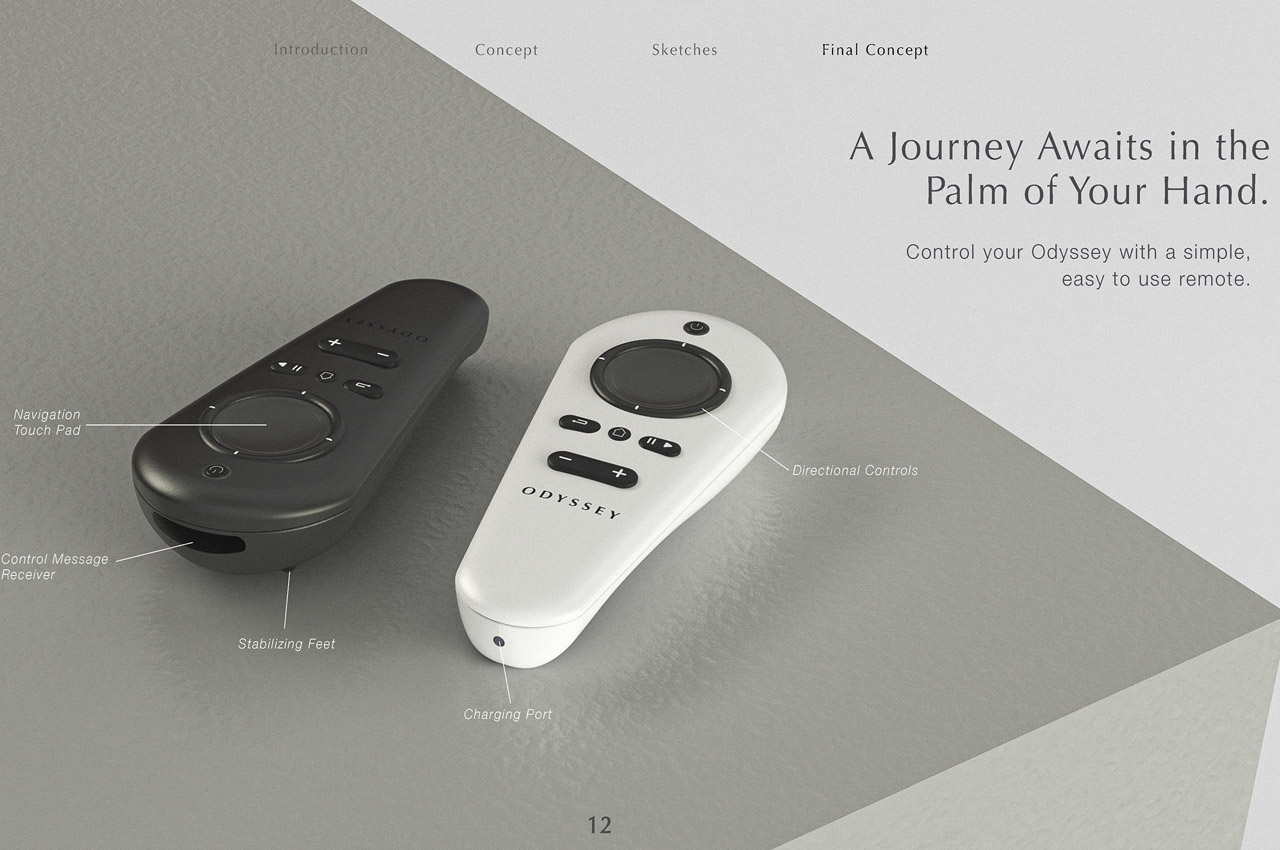 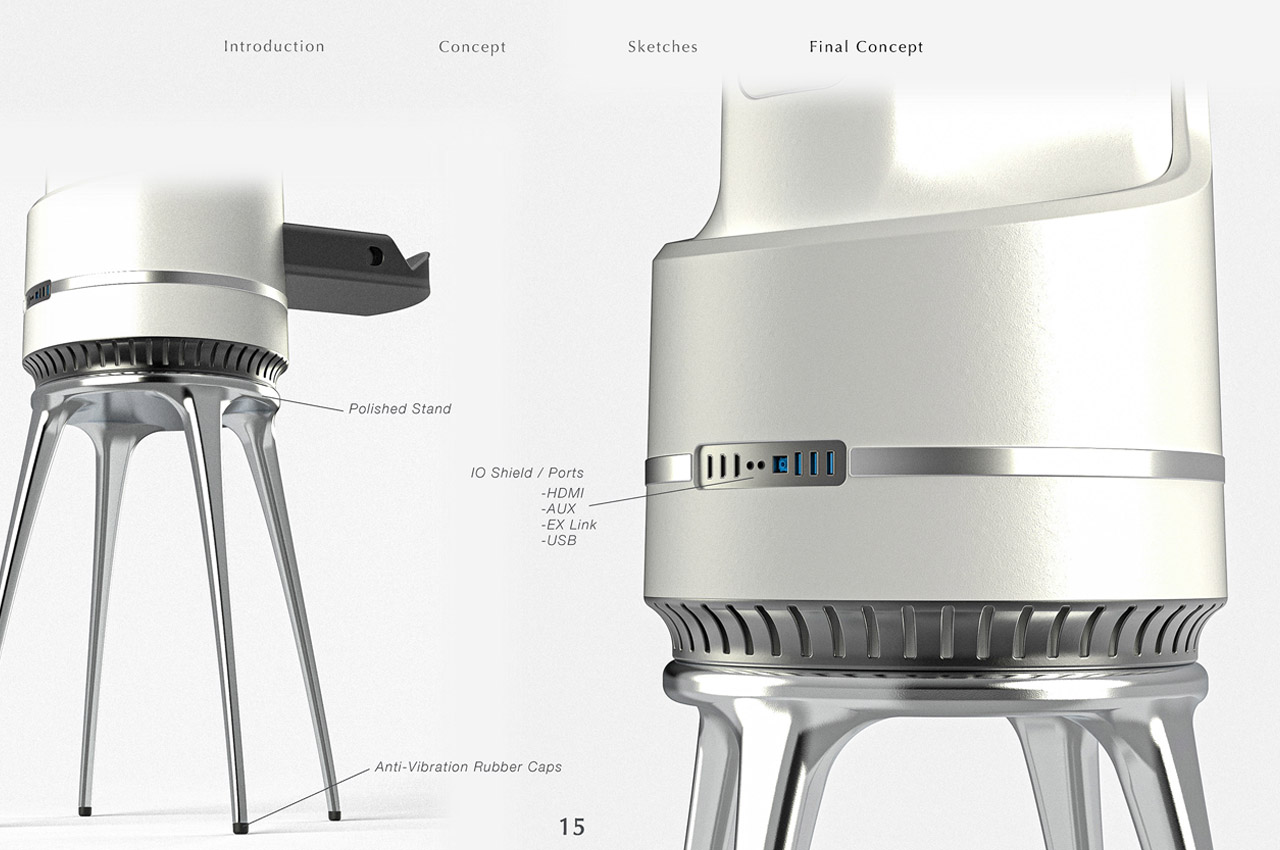 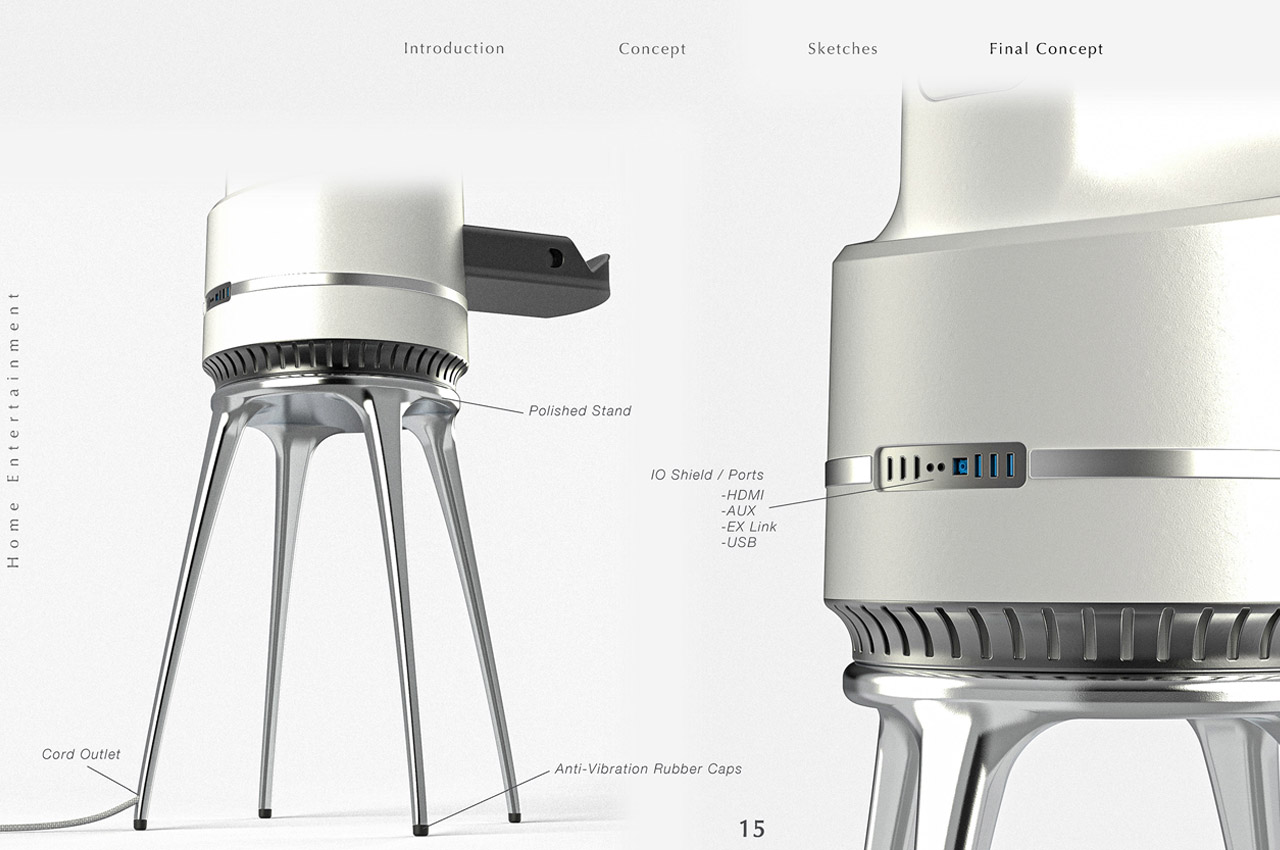 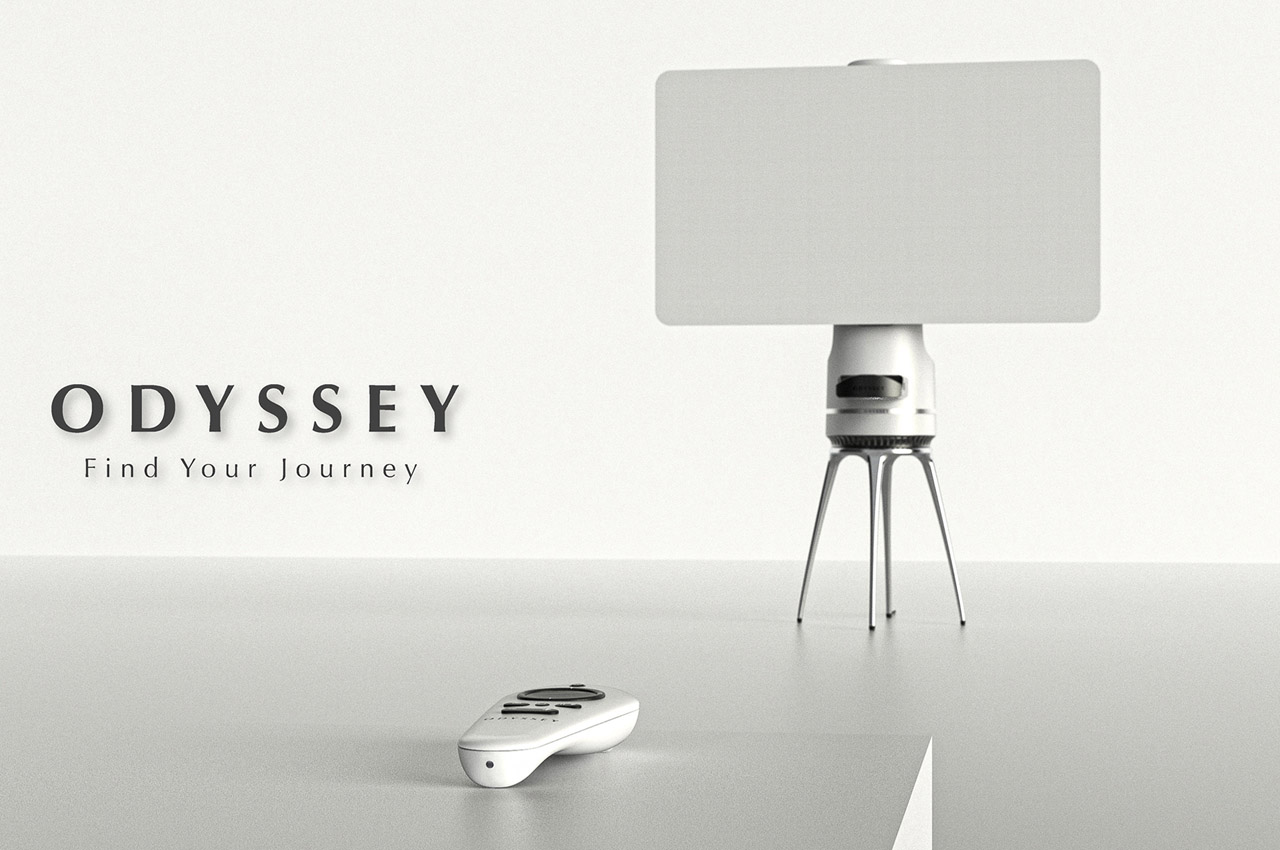 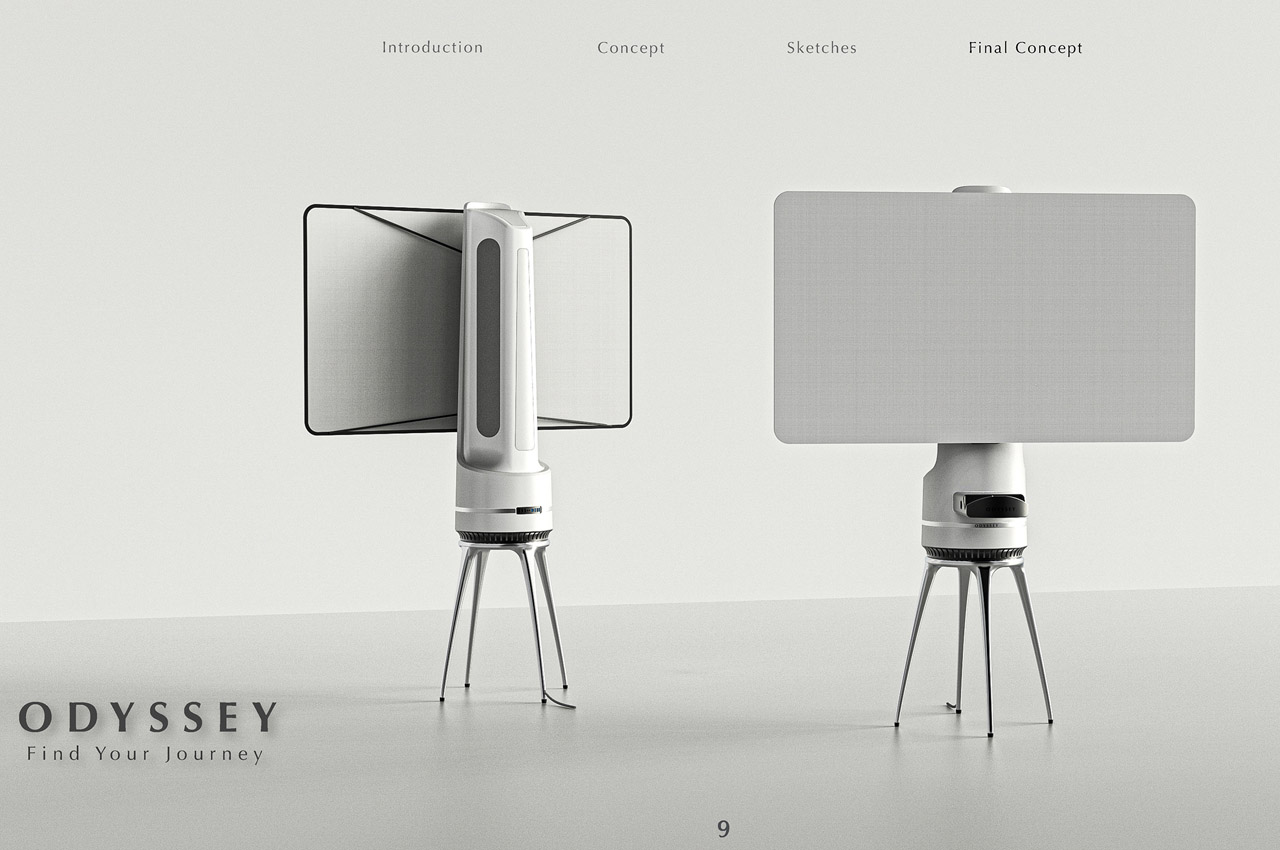 Ever had the urge to pick up some dandelions and blow away its wisps? I haven’t either, but looking at this wonderful Secret Of Light…

Designed for everyone from the urban commuter to the adventurous camper, Prism is the most digital-friendly backpack out there. Like any good pack, it’s waterproof,…

I find my best reading is done at night. There’s too much stimulation during the day for me to fully immerse myself in a book….

10 things to do before switching jobs

In today’s booming work culture, it is an accepted norm to switch jobs so you can explore and experience things to the fullest of your…