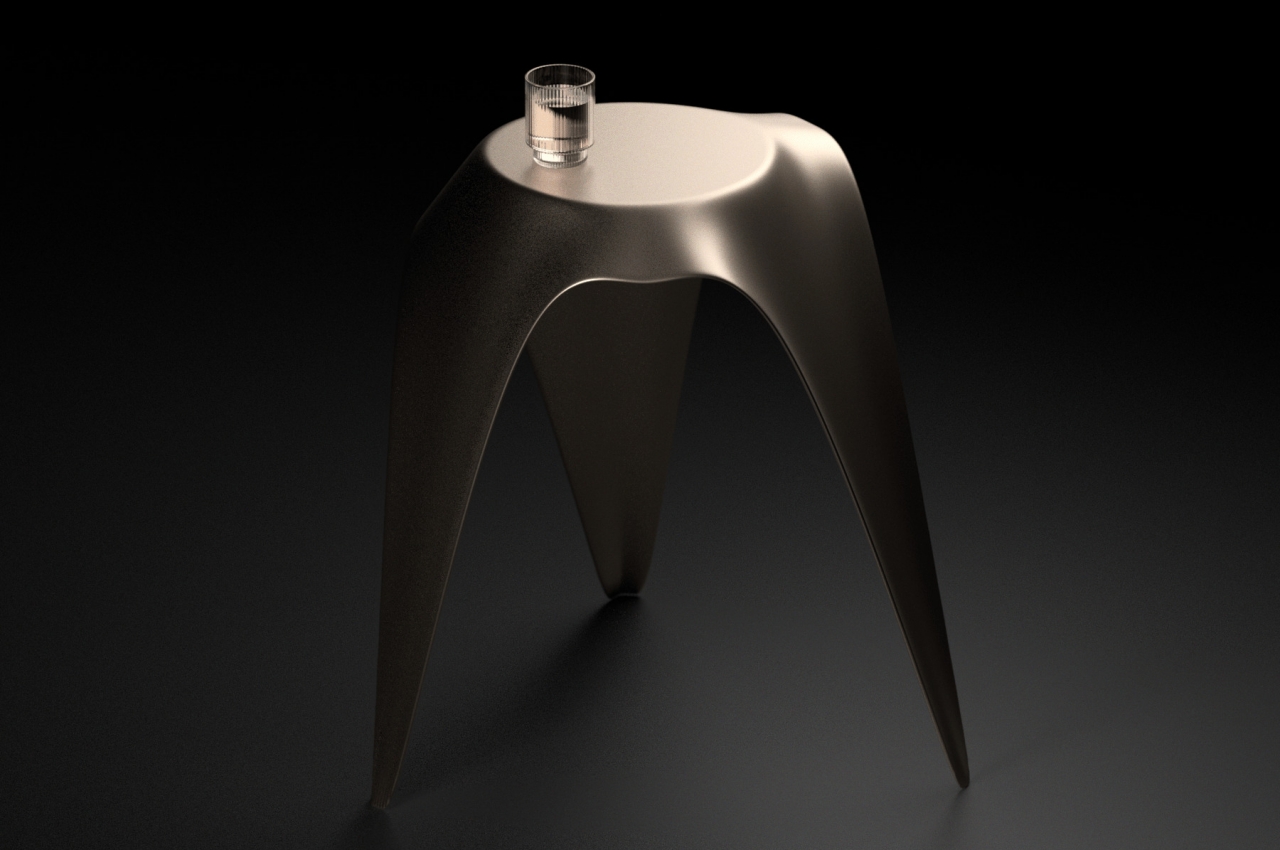 There seems to be a widespread misconception that designer or artful products are all less functional than more “normal” products. It’s almost as if beauty and function are diametrically opposed and can’t be found in the same thing. That couldn’t be farther from the truth, and we’ve seen our fair share of well-designed products that exude high aesthetic value while also delivering unparalleled features. Of course, we’ve also seen products that are almost pure in their simplicity yet striking in appearance and usefulness. In some cases, it doesn’t take much to have all those properties in one, like this side table that looks like a modern sculpture that captures the gentle curves and surfaces a tablecloth in the middle of falling into place. 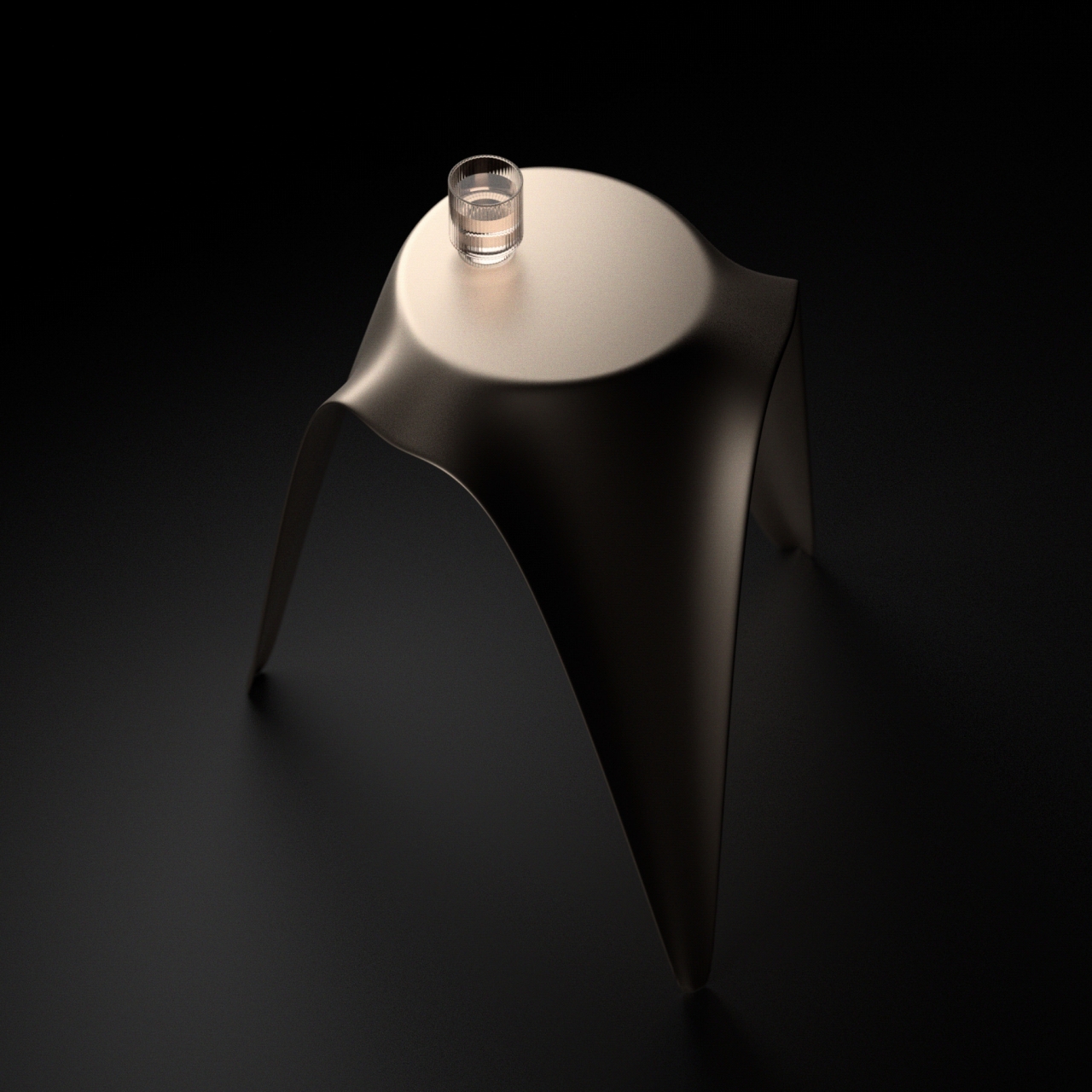 Some people put use large pieces of fabric to cover a table and accentuate a room. Others prefer the pristine appearance of the piece of furniture, especially if it’s made with luxurious materials or has fine finishing. In a sense, this side table concept design doesn’t need a tablecloth but also has one at the same time. That’s because the tablecloth is the table as well, formed from what looks like a single piece of metal molded into a piece of sculptural art.

Tables are meant to be stable to be useful, but the Tablecloth side table seems to provoke contrasting images of stability and fluidity. While most tables have four legs to have a symmetrical balance, the Tablecloth only has three. Its metallic surface gives it a rigid appearance, but its curved edges almost give the illusion of movement. Even the shape of the legs, which taper sharply to the feet, are ones you’d associate with dynamism or even imbalance. 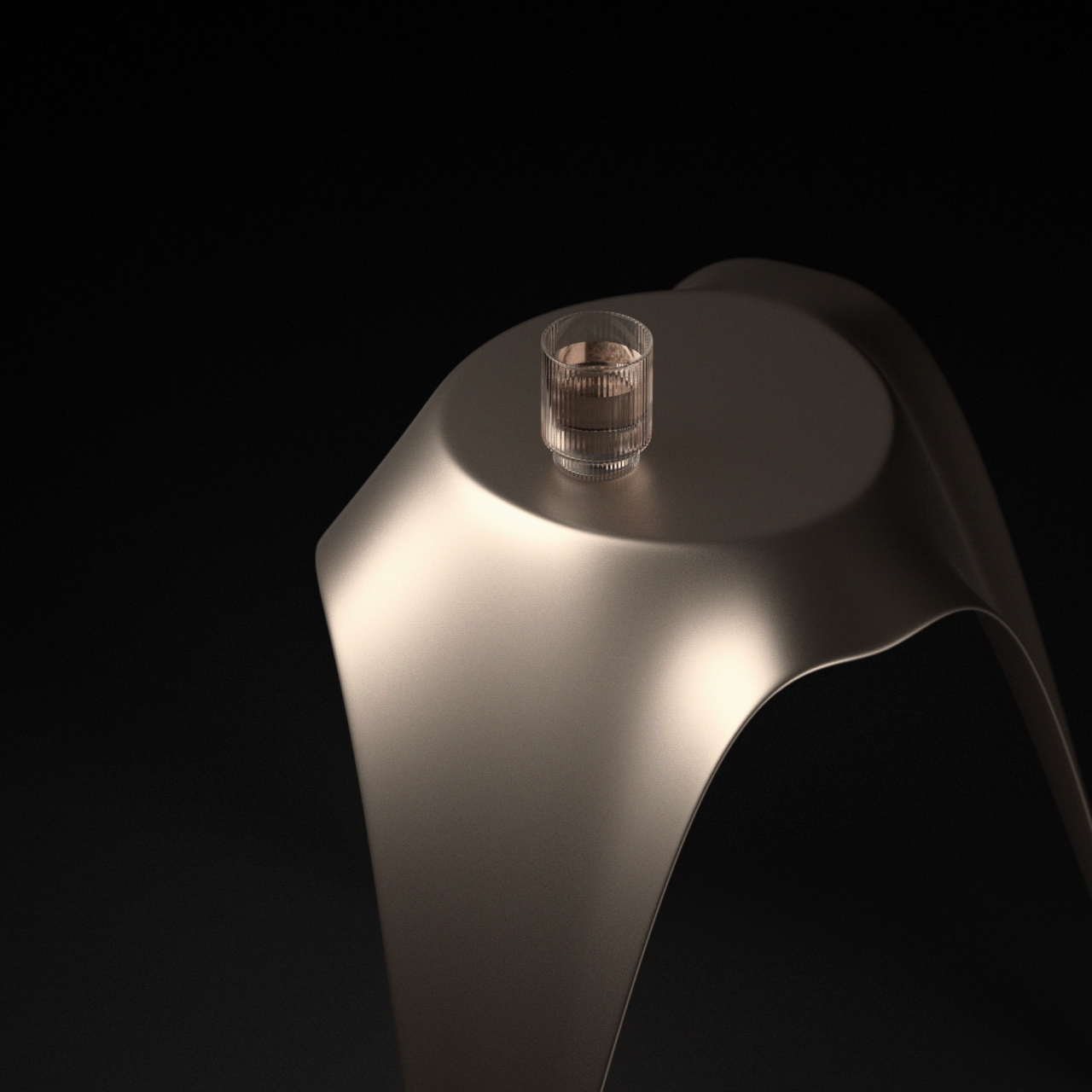 As the name clearly states, the table is shaped like a tablecloth, but one that seems to still be in motion rather than at rest. Absent are the typical folds you’d see on a piece of fabric hanging over an edge after already settling down. What you have instead are the waves and undulating surfaces of a piece of cloth that’s gently falling to the ground. Only one of the table’s thee edges curves completely down while the other two seem to be frozen mid-air, reinforcing that imagery. 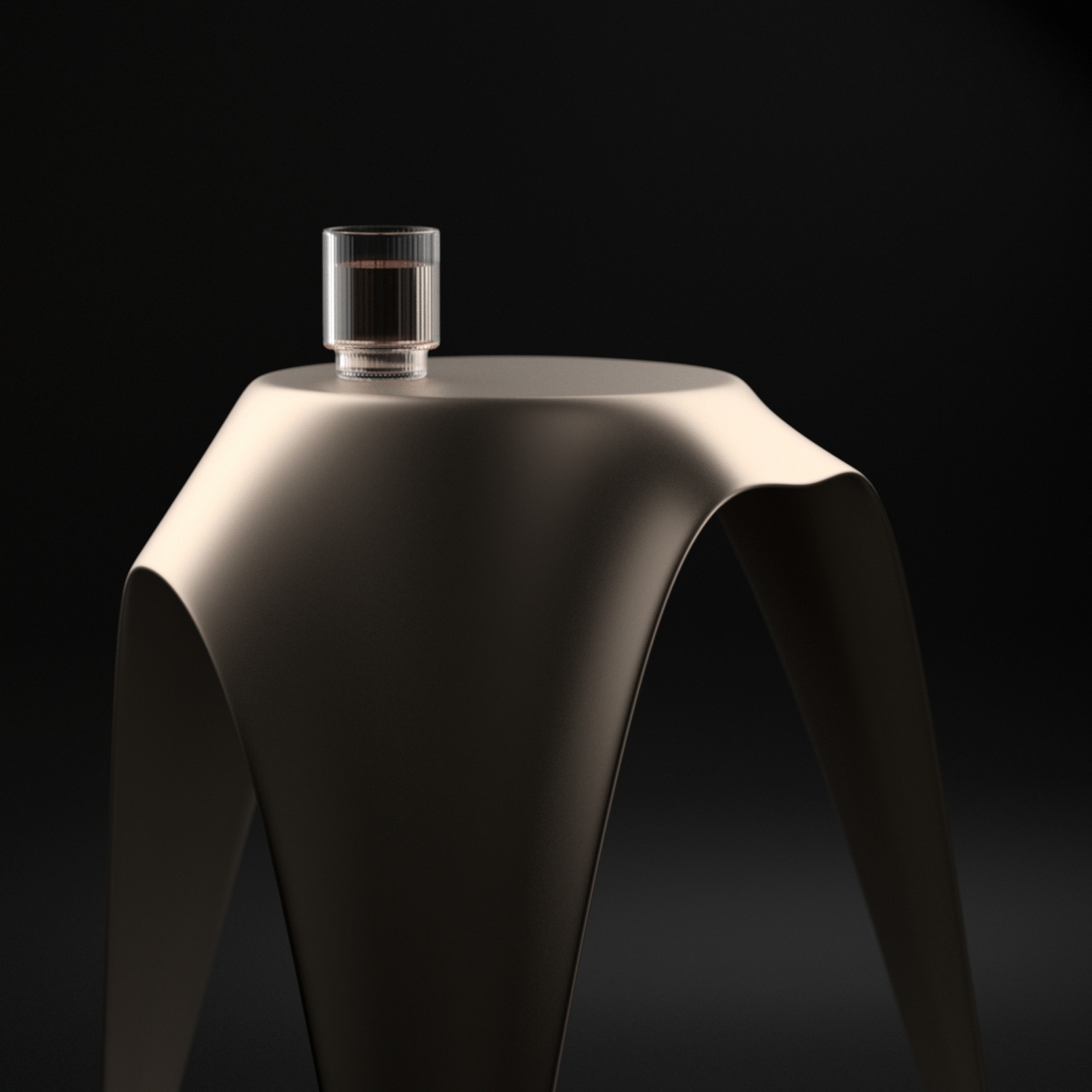 If there’s one question that this design leaves open is whether it’s actually stable enough to be used reliably as an actual side table. The pointed feet might not inspire much confidence in stability, but it’s not something that couldn’t be fixed with wider and flatter forms as well as some slip-resistant material. The small space on top also limits how much you can put on the side table, but it remains functional as a place for temporary possessions like books or drinking glasses, as well as for something more permanent like a vase that would complement the table’s material and form. 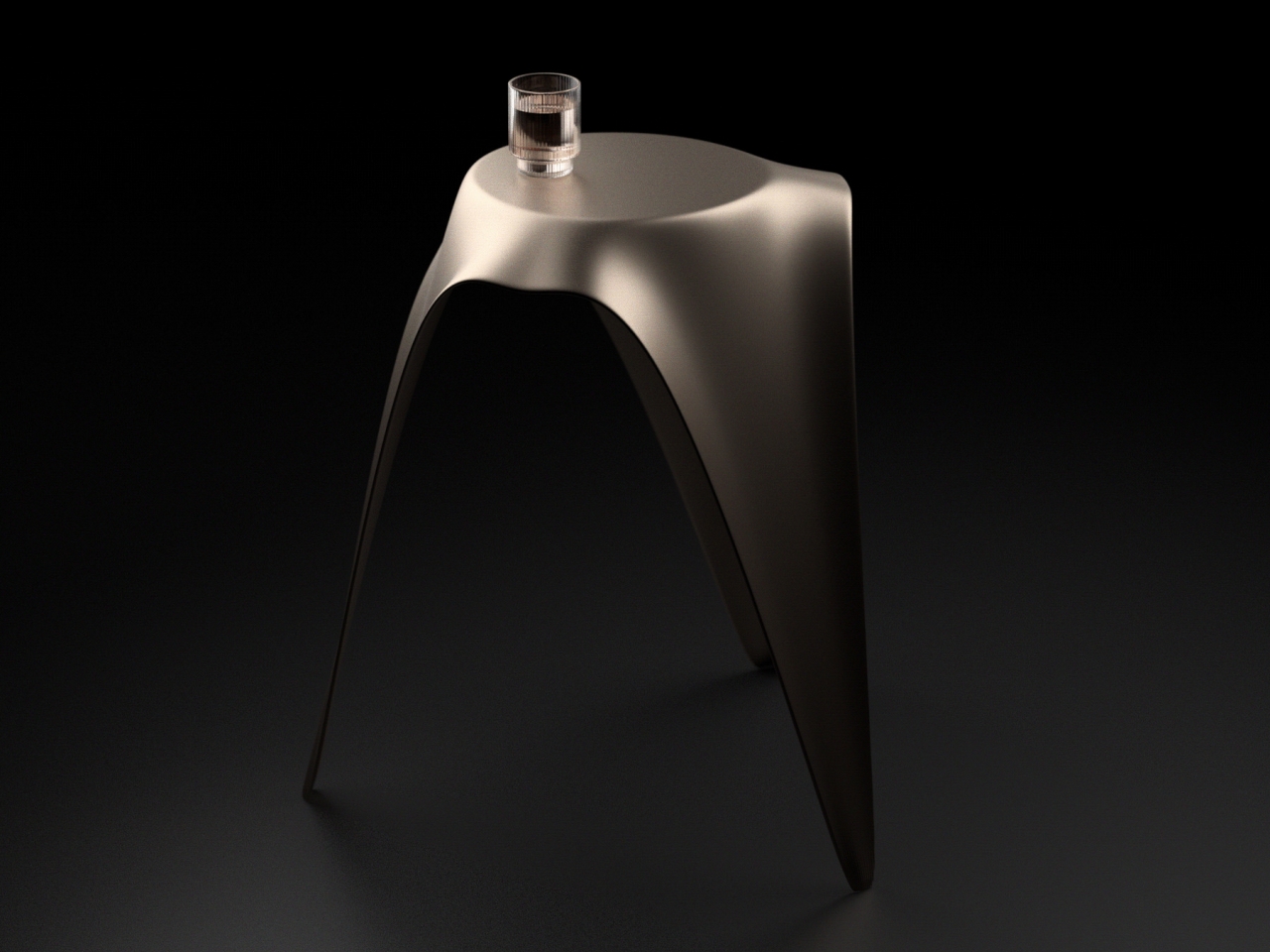 Folding furniture you can hang on the wall!

In this age of cramped, tiny apartments but larger-than-life social circles it isn’t difficult to imagine a scenario where you’ve got 10 friends coming over,…

Designed for a client who’s crazy about cork, this spacious flat in Prague underwent a complete overhaul resulting in a uniform interior that utilizes the…

Tadashi Side Table comes with a stomach for extra storage

There is no stopping creative designers from coming up with new side tables. There are plenty of choices now compared to before as the design…