Although there is still some debate about it, many advanced computer users swear by the benefits of having more than one monitor. Of course, it’s not easy for everyone to use multiple monitors, even if just two, because of various reasons. For some, the price of a second monitor could be prohibitive, especially if they actually need to get a new pair just to keep things balanced and symmetrical. For others, desk space is the bigger issue, given how two monitors double the footprint. Unfortunately, the majority of multi-monitor setups seem to glorify having multiple individual monitors, as if that was the only solution available. Thinking outside the box, two designers came up with a novel alternative that addresses those concerns and even manages to add a bit of fun to your desktop. 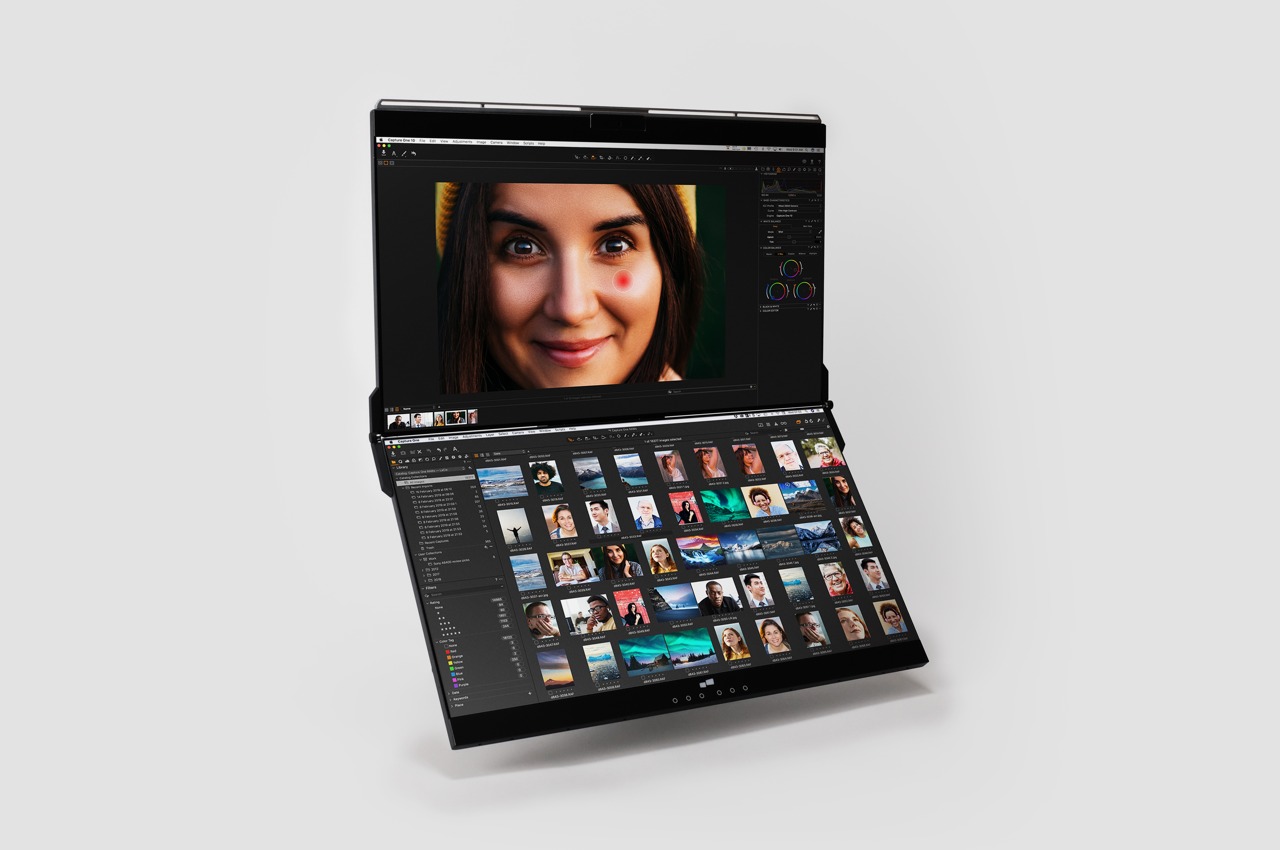 Depending on how you work, simply adding a second monitor can more than double your productivity by increasing the amount of information you can display at a glance. Monitors, however, are inherently designed to be used as a single piece, so chaining two or more together feels more like an afterthought. In addition to how much space they take up, dual monitor setups are often less ergonomic than a single monitor that has been positioned and angled properly.

It doesn’t have to be that way, of course, but few manufacturers have taken the time to really think about the problem. Sure, some have come up with ultra-wide monitors that are equivalent to two monitors side-by-side, but those don’t address the space and ergonomics problems. Geminos’ solution is genius in its simplicity, putting two monitors on top of each other with a very minimal gap between the two.

Of course, a monitor that is taller than it is wider is pretty unconventional, but even LG thinks it might actually be more ergonomic and more efficient. With an almost square aspect ratio, your eyes or your neck don’t have to travel in any direction too much to get to the content you need. Geminos is also completely adjustable, so the top screen can slide up and down while the bottom slides in and out to match your specific desk setup. 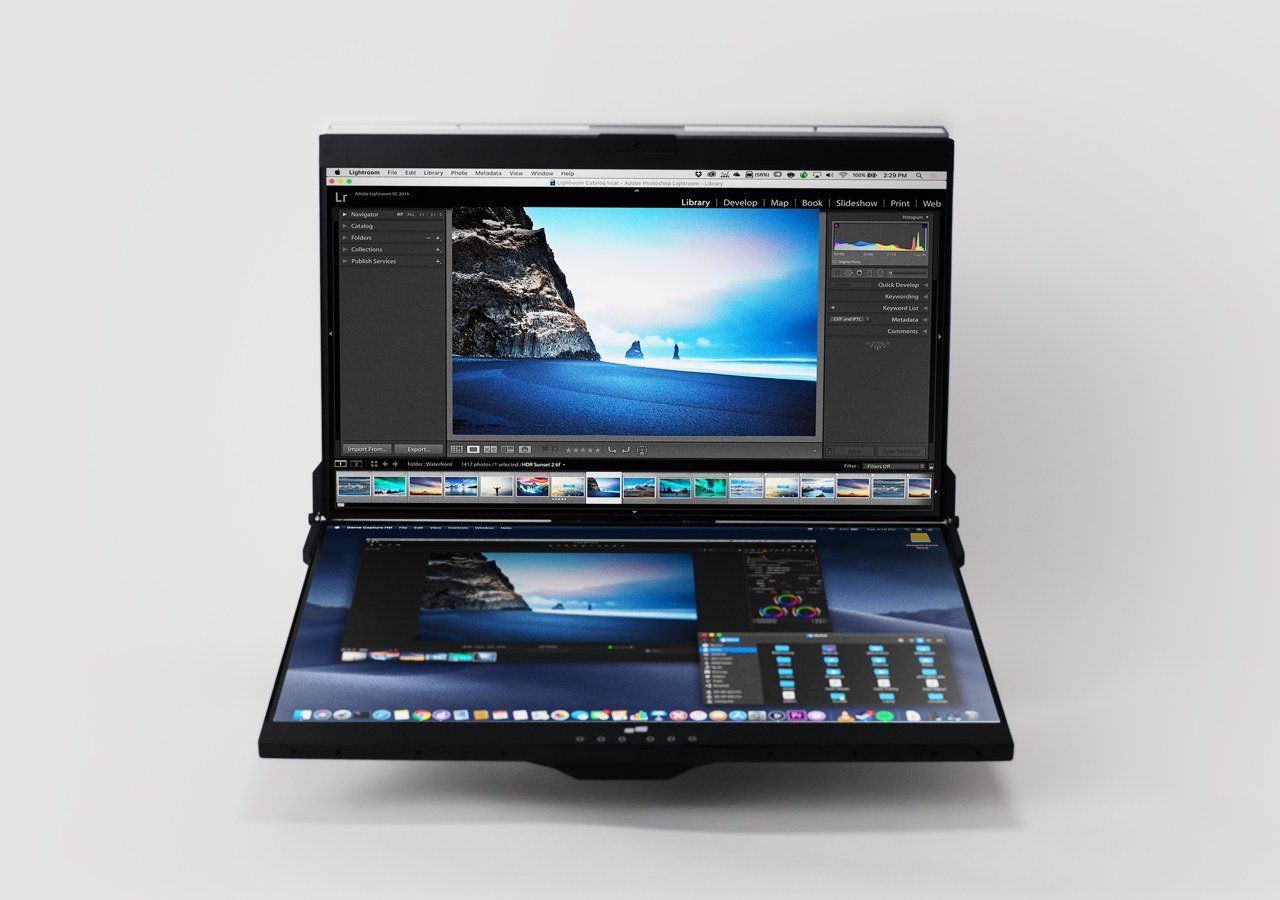 Technically speaking, Geminos is two 24-inch monitors that open and close like a book, which helps minimize the space it takes up whether it’s in use or folded down. It’s perfect for a minimalist desktop design and doesn’t compromise on the amount of content you can display. You might need some time getting used to the unconventional shape and position, but switching to more ergonomic products often has an adjustment period anyway.

Geminos isn’t just a stacked dual-monitor, though. It has a built-in 1080p webcam that makes short work of video meetings and virtual classes. There’s also a built-in docking station in the base for all your connectivity needs, including 100W USB-C passthrough charging. All you really need is a computer, a keyboard, and a mouse, and you’re on your way to increased productivity and better ergonomics. At only $699 ($499 if you’re fast enough), Geminos will not only turn your dual monitor plans into reality but also make it your most comfortable monitor setup ever.

Can’t get away from wires? Then get away from plugging-in all together! Delta V is the first energy-independent smartphone concept, based on revolutionary solar energy,…

That’s what these helicopters certainly are. Swiss! That means they’re going to be white, red, and black, and no other color, ever! Very pretty, very…

Fish out the cold

These Orcas and Sharks are here to keep your little ones some warm company. The cute fish shaped baby bags by Babybites are designed with…