To some extent, computer users are like musicians, creating a beat with the thumping of their fingers on their keyboards, like hi-tech percussion instrument that reflects their player’s style. Some type slowly with breaks and pauses like a tango, while others fire in rapid taps like a salsa. Keyboards, especially mechanical ones, are instruments, both literal and musical, producing their own kind of harmony and musical style. With RGB lighting, many of these keyboards also become light shows, often changing to a specific theme or application. The Cyberboard R2, however, takes the musical analogy to a new level, where technology and art meet in a psychedelic disco party inspired by fashion. 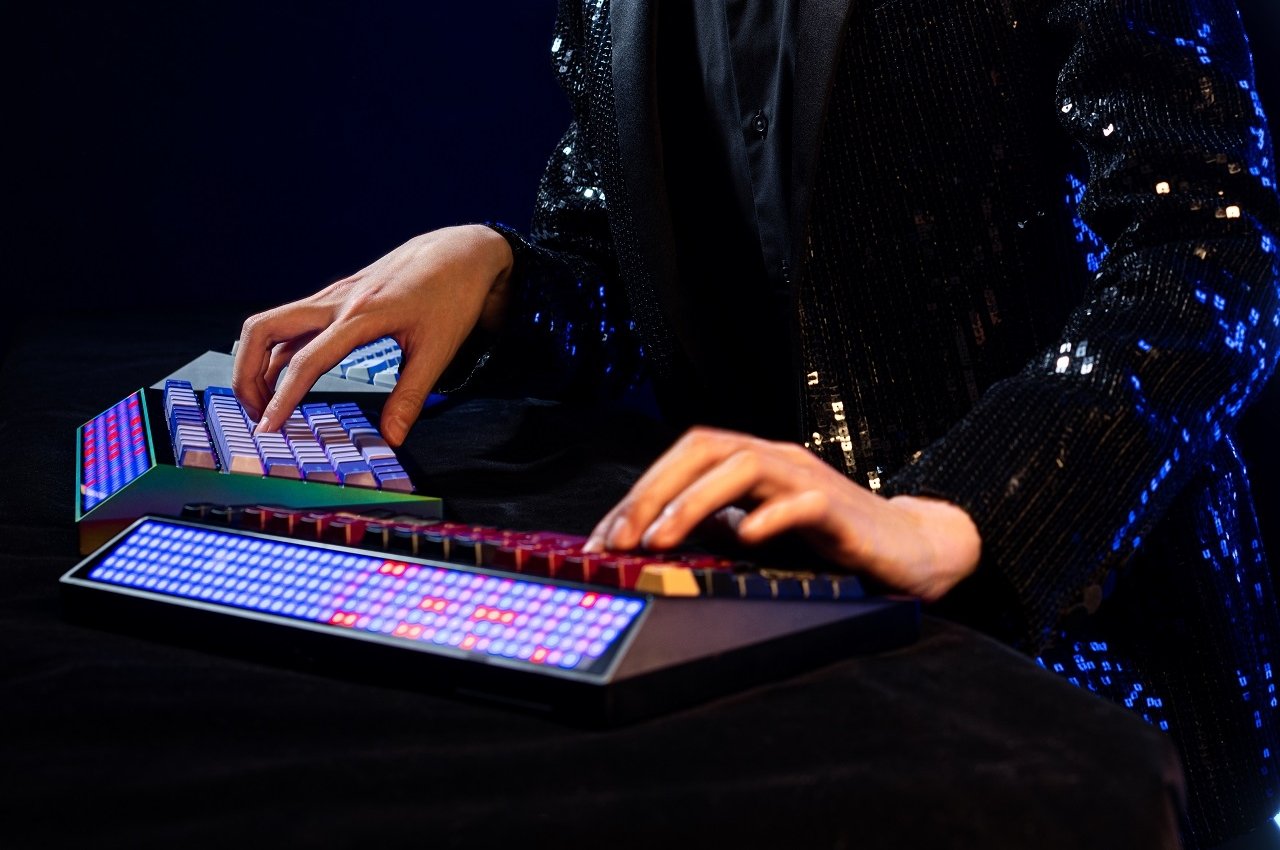 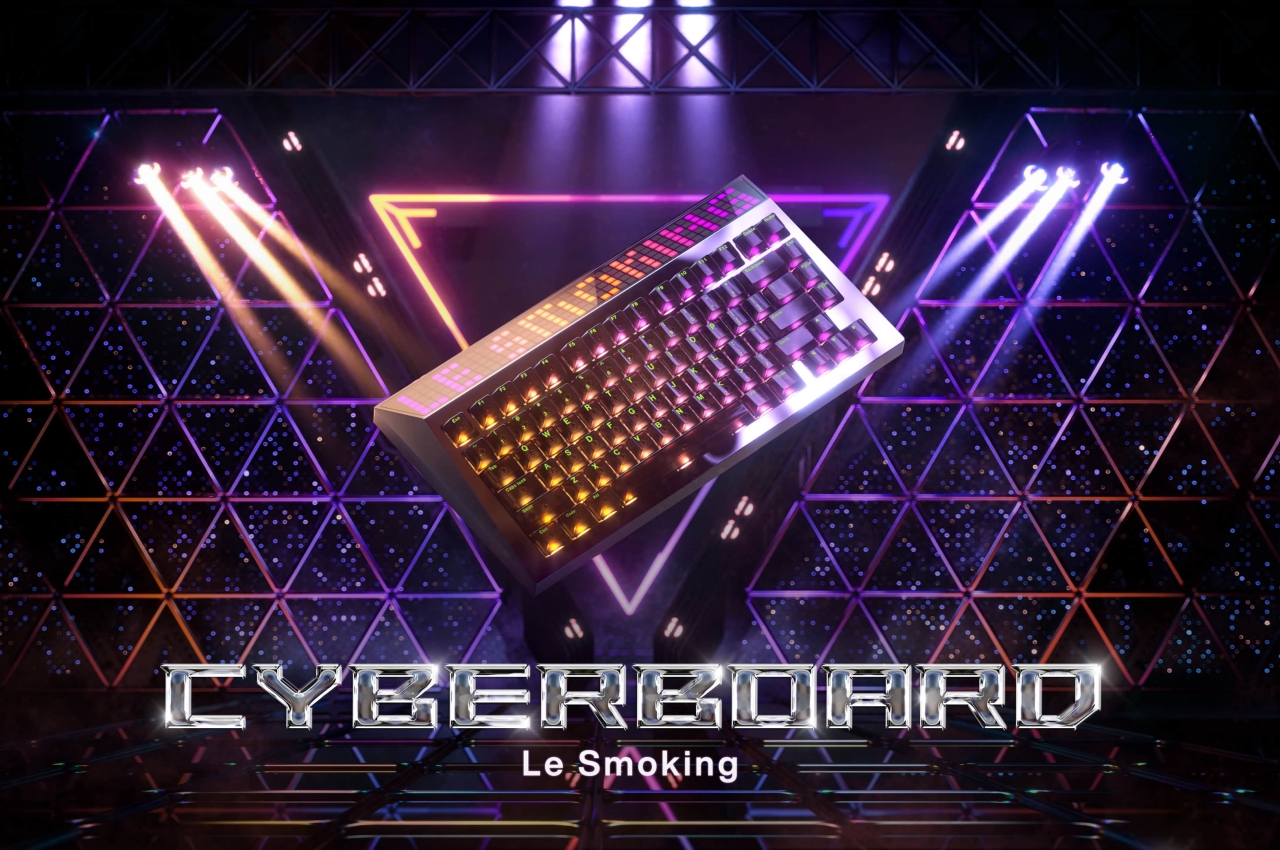 The Cyberboard R2 cites the Le Smoking as its spiritual inspiration. The 1966 original was revolutionary for its time, offering a stylish tuxedo suit for women, and became an iconic fashion style in the decades that followed. In 2013, fashion designer Hedi Slimane revived the glossy suit and transformed it into a glittery item for famed electronic music duo Daft Punk, creating a unique look that blended past and future in a glamorous way. This harmony of contrasts is what gave birth to this eye-catching keyboard, blending matte and gloss, darkness and color to create an experience that goes beyond mere typing. 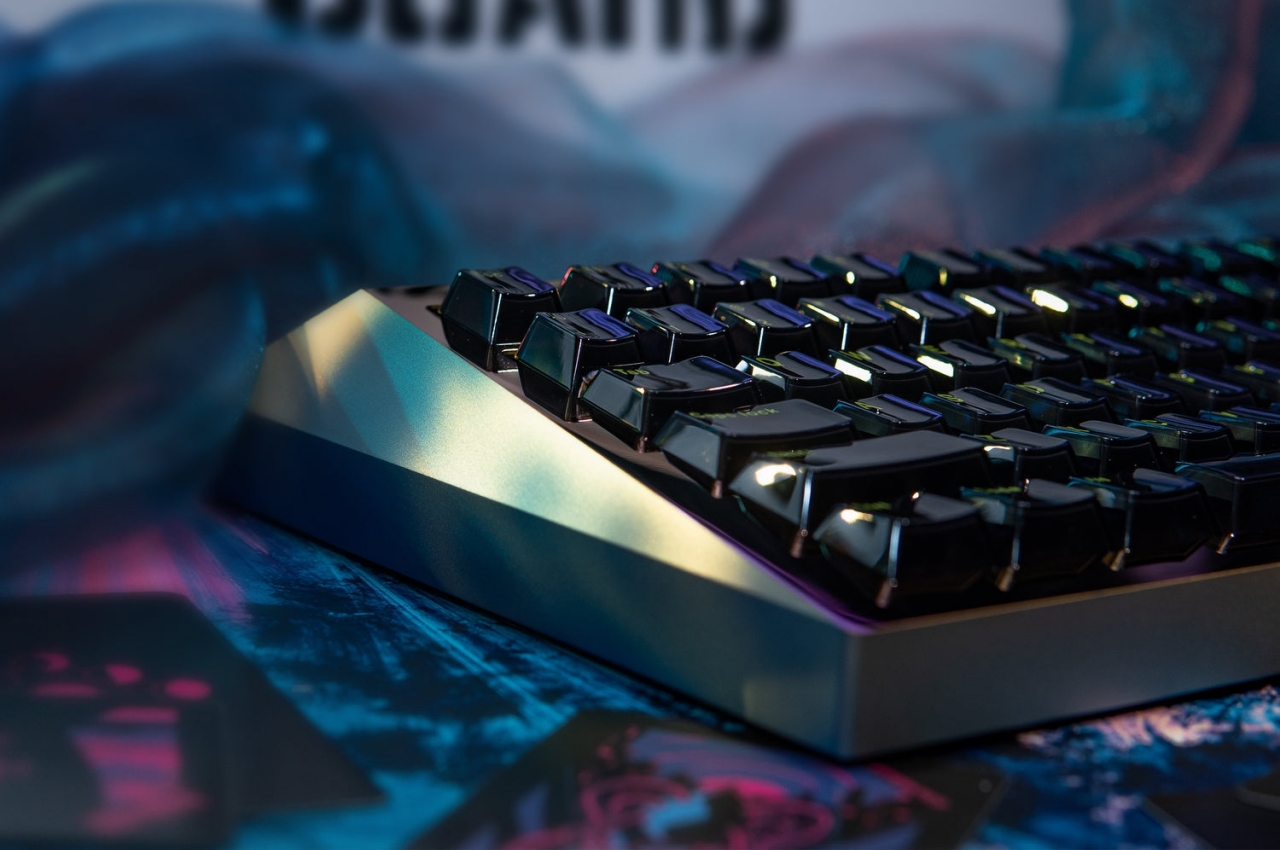 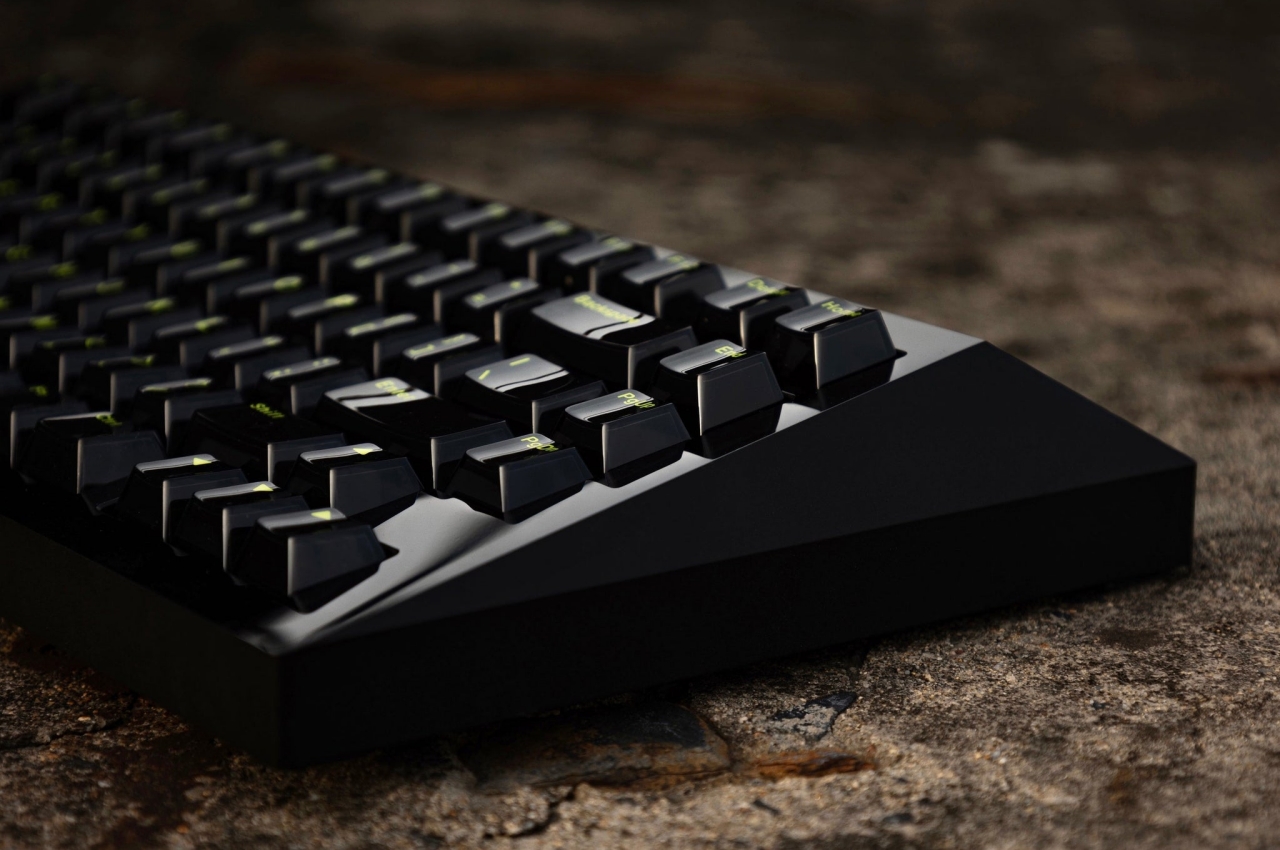 The aluminum ingot that forms the body of the keyboard undergoes multiple polishing processes to create a PVD polished mirror effect. This shiny front contrasts with the textured matte finish of the keyboard’s sides, a nod to the original Le Smoking tuxedo. The RGB-lit keycaps shine like sequins on black scales reminiscent of the Daft Punk incarnation of the suit. 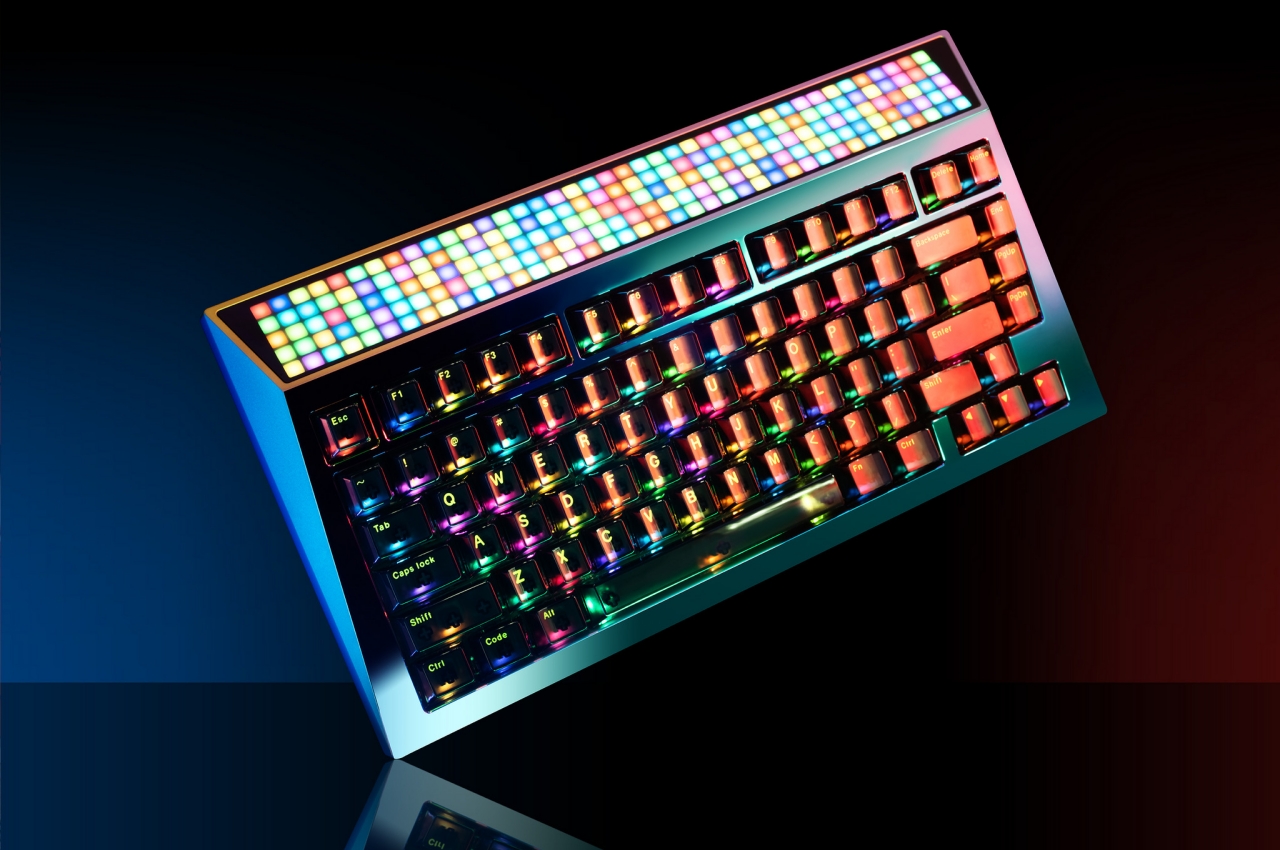 The keyboard’s real claim to fame, however, is its new LED panel with RGB lighting and 256-level dimming, allowing creative users more freedom in expressing their unique taste in scrolling text, animated emojis, and a kaleidoscopic display of colors. Whether you choose the Jet Black model of the keyboard, which sharply contrasts with this panel’s colors, or go all out on the Psychedelic colorway, you’re sure to catch the attention of anyone within visible range while letting your dazzling creativity free. 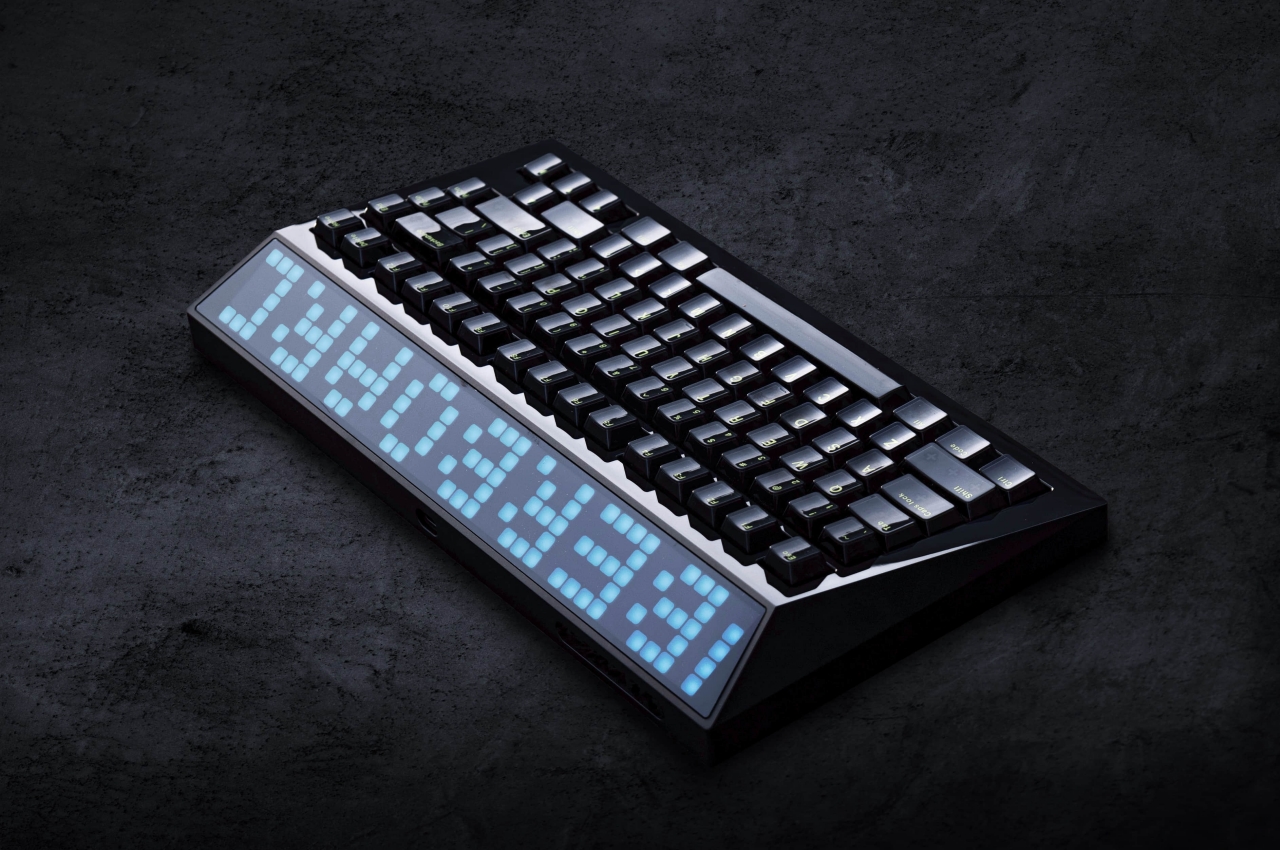 Of course, the Cyberboard R2 isn’t just all show, even if that’s what makes it special. Gateron Ink Black switches deliver a satisfying click to every tap. Bluetooth connectivity, which immediately turns on when you remove the USB-C cable, gives you the freedom to really go to town even when away from the computer. Remappable multimedia keys let you be the conductor of your computer orchestra, deciding what happens at each press of a key. 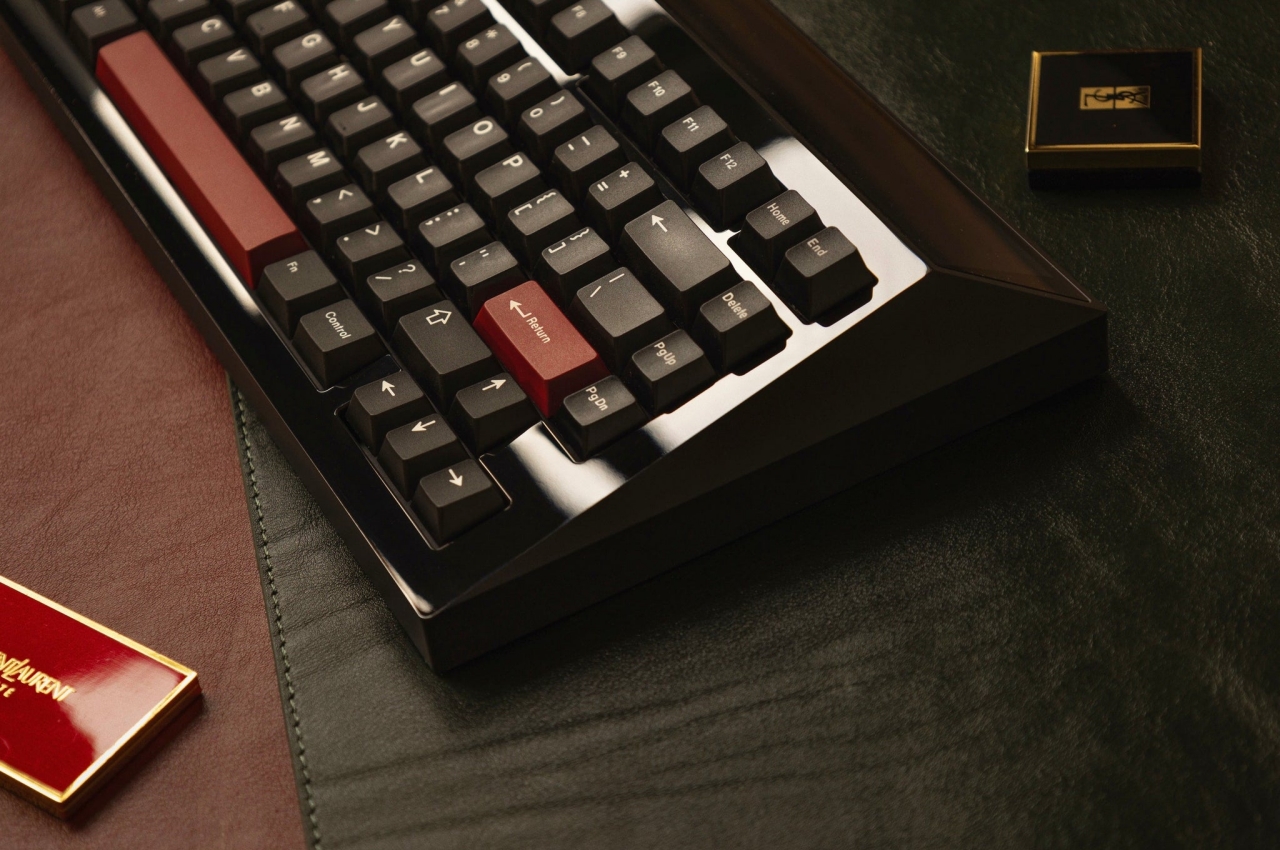 Of course, computer keyboards don’t need to look as colorful and bright as the Cyberboard R2. Of course, tuxedos don’t need to have shiny sequins either. But when you let your imagination and creativity fly, there’s no telling what you’ll come up with. And just like a DJ mixing music, there’s no reason you can’t create your own mix of colors on your keyboard, as long as you have a keyboard as retro-futuristic as this. 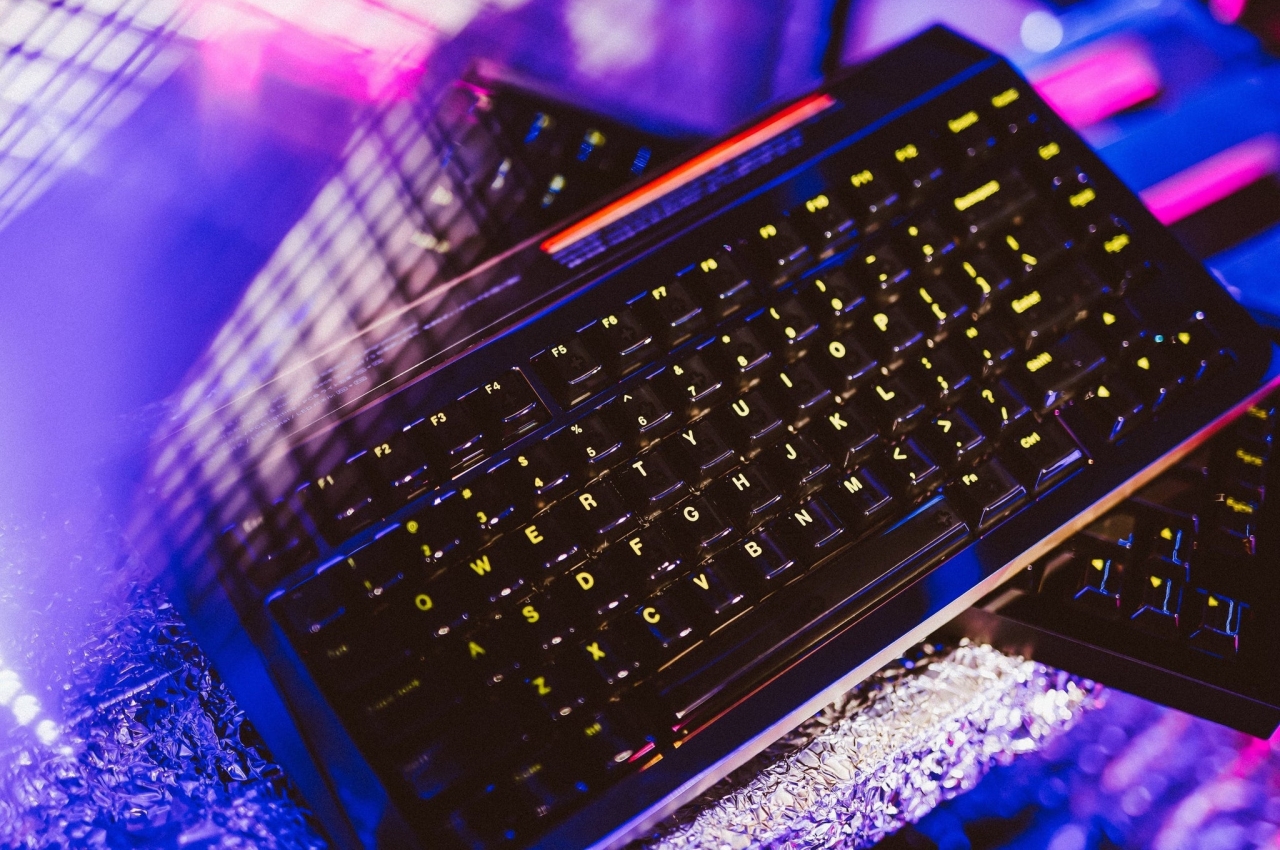 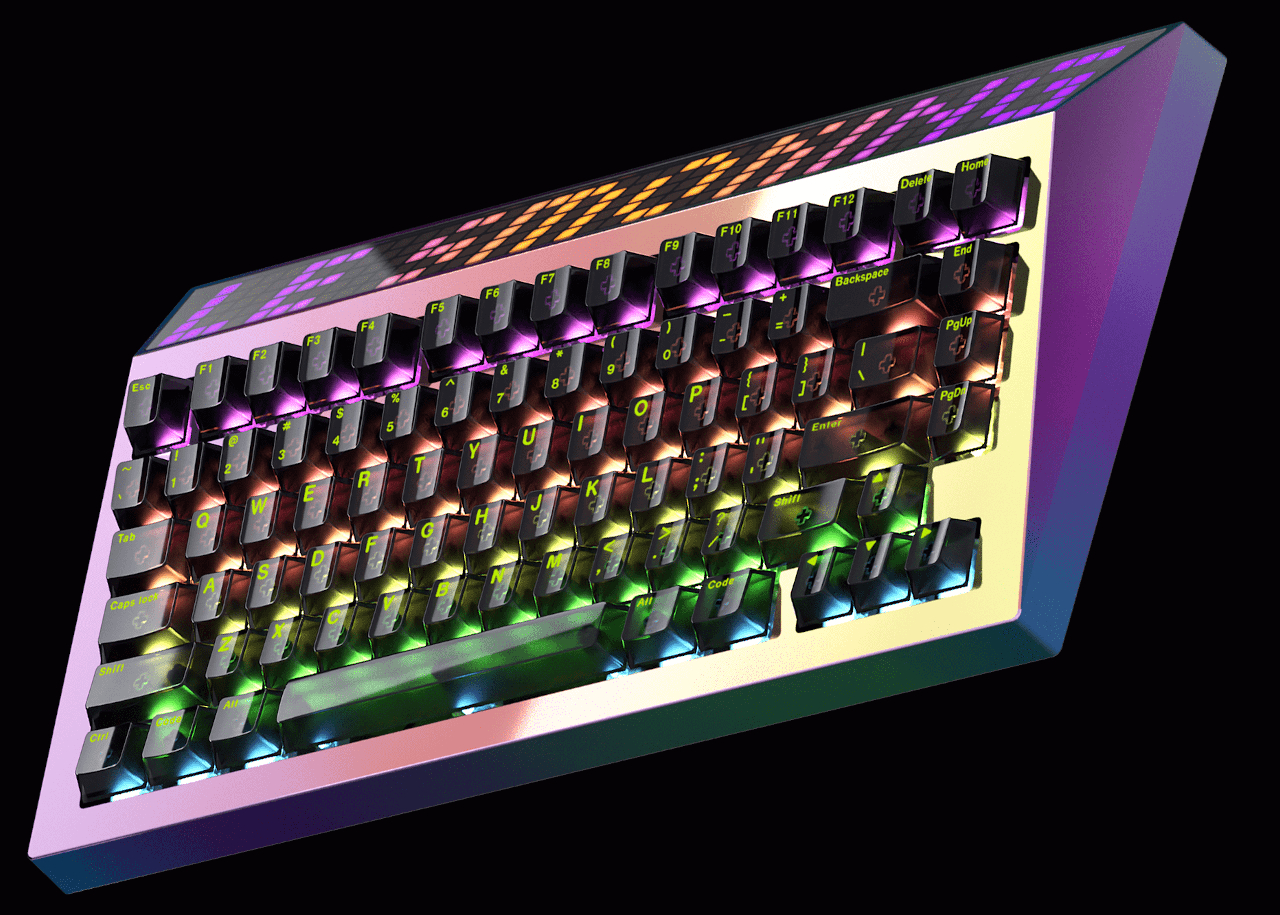 The Wallmonds Hanger is a sculptural, wall-mounted rack designed to keep your handy things handy! Its irregular waves are functional for hanging objects of various…

AirPods Pro 2 with touch controls, enhanced ANC and audio quality are worth the upgrade

The AirPods Pro 2nd generation, most commonly known as AirPods Pro 2, has been long rumored and now Apple has surprisingly announced the noise-canceling true…

They were ridiculed at first, especially by those from Apple’s camp, but the gigantic phones previously known as “phablets” have become the norm today. Naturally,…