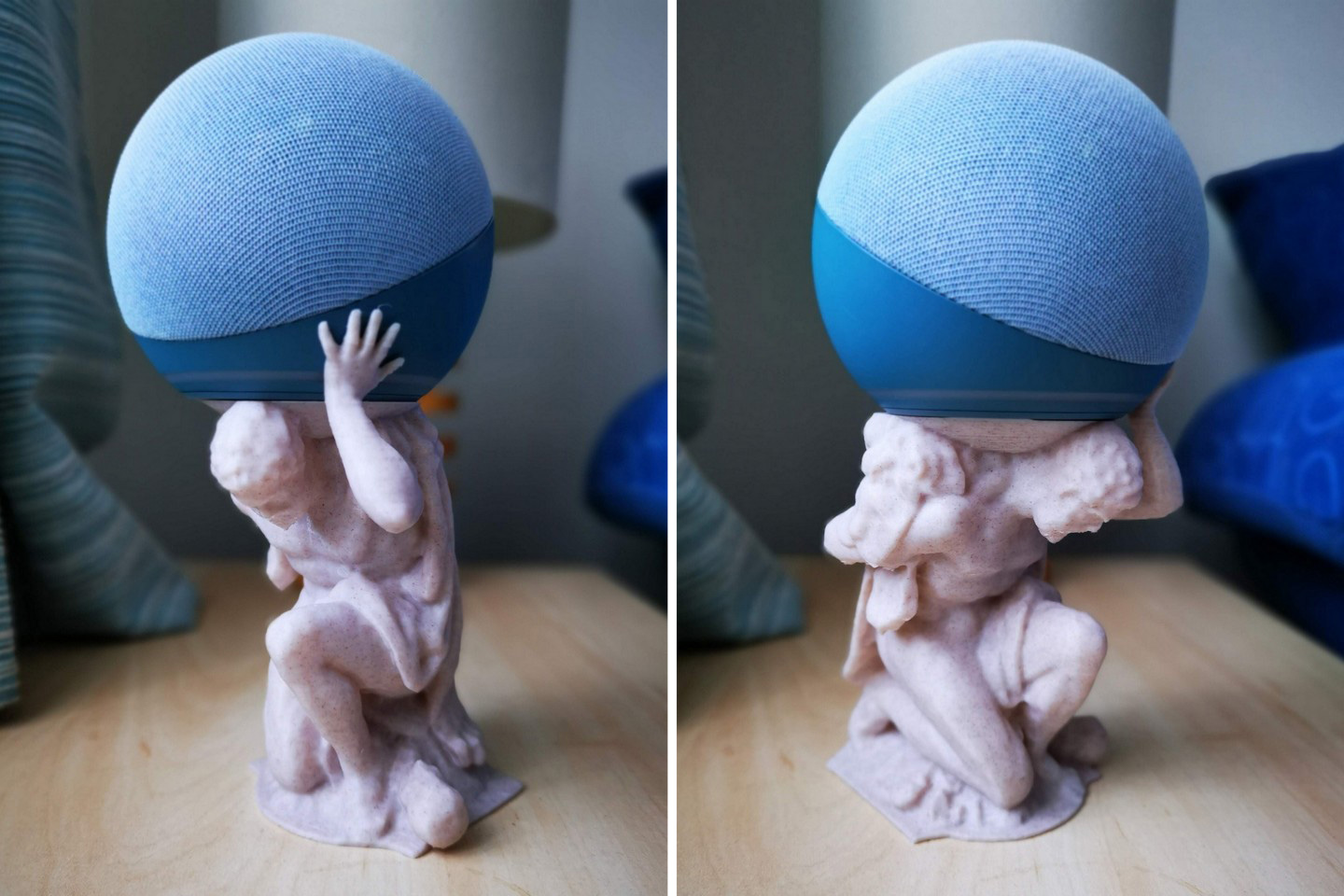 Call it an eclectic piece of home decor or an odd metaphor for Amazon’s global dominance.

Meet Atlas. Greek Titan, mythical holder of planet Earth, and now a tabletop accessory to plop your 4th Gen Echo Dot smart speaker on. Designed and manufactured by Etsy seller MisfitGeekGifts, this rather quirky little relic comes 3D printed from a special PLA filament which gives it a marble-like finish. Available in plinth and no-plinth varieties, Atlas holds up your Echo Dot perfectly, as if it were a massive globe. My only gripe is that it isn’t designed to conceal the Echo Dot’s charging cable, which would honestly then make it the perfect smart speaker stand in my book! 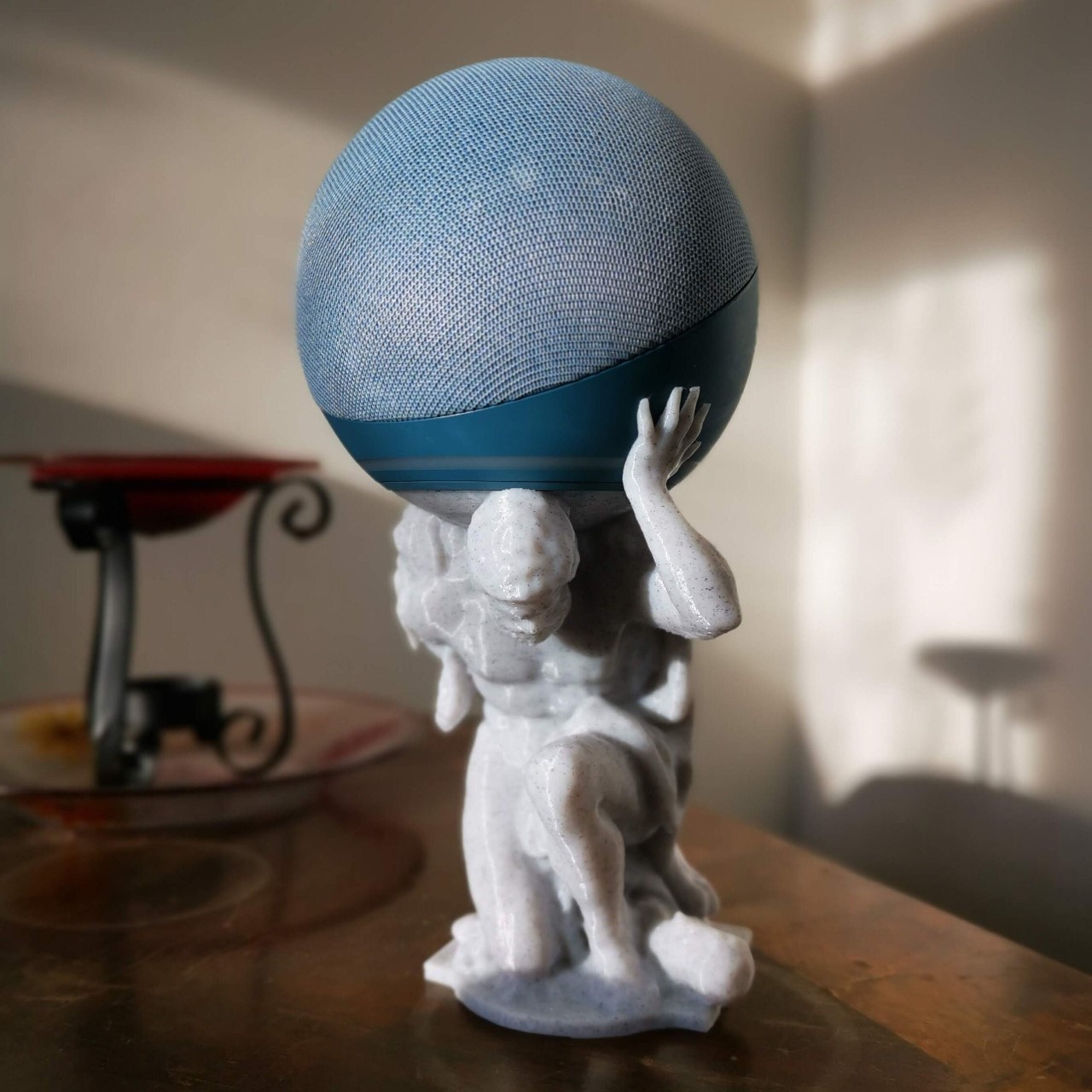 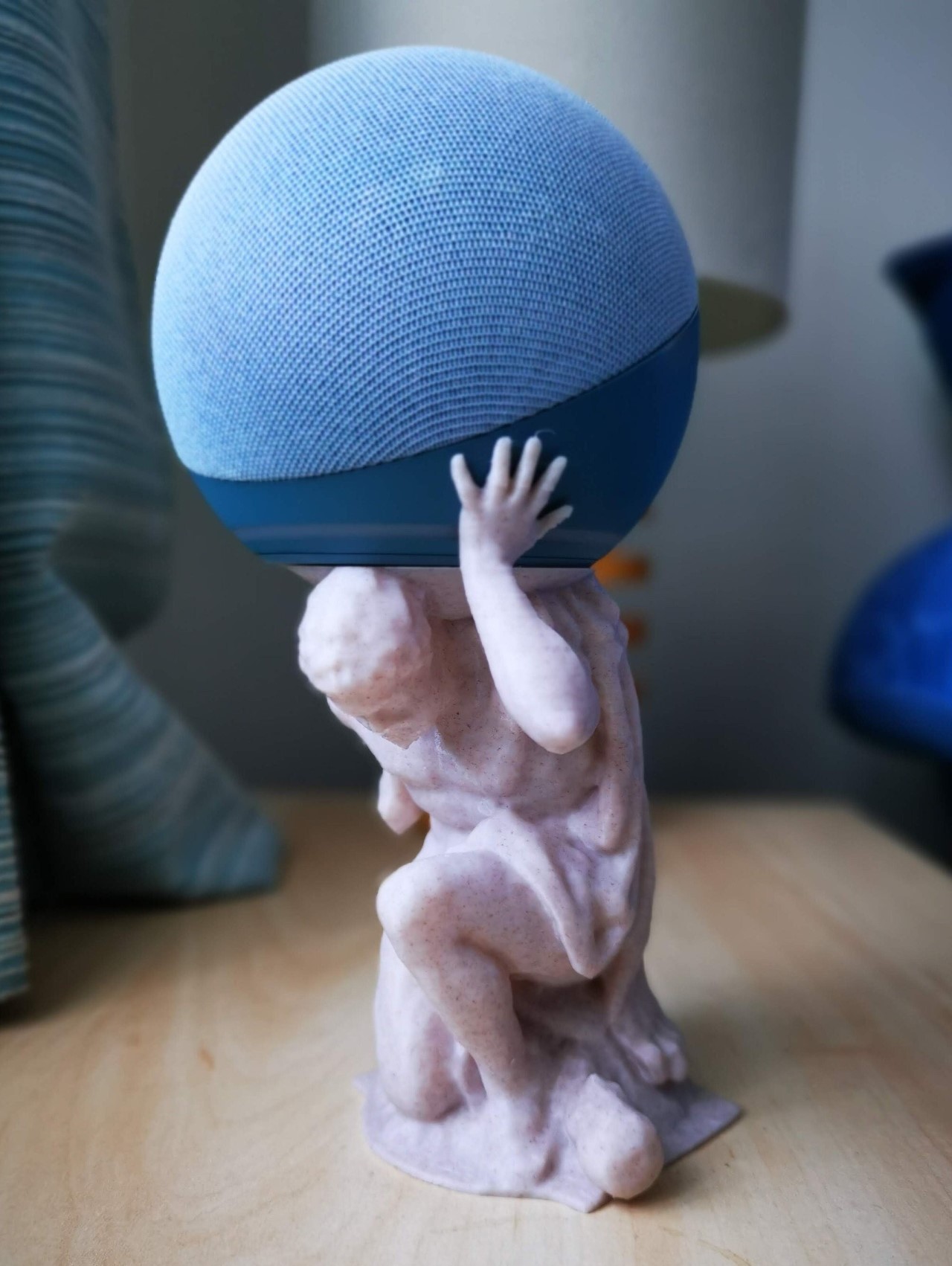 Legend has it that Atlas, a Titan, was condemned to hold up the earth and skies in eternity after losing the battle versus the Titan gods and Olympian gods. Most representations show Atlas holding up a globe while simultaneously succumbing to its incredible weight. In the case of this little tabletop accessory, though, the globe gets replaced for a spherical Echo Dot 4th Gen. (If you’re a flat earther, you could just use the flatter Echo Dot 3rd Gen too) 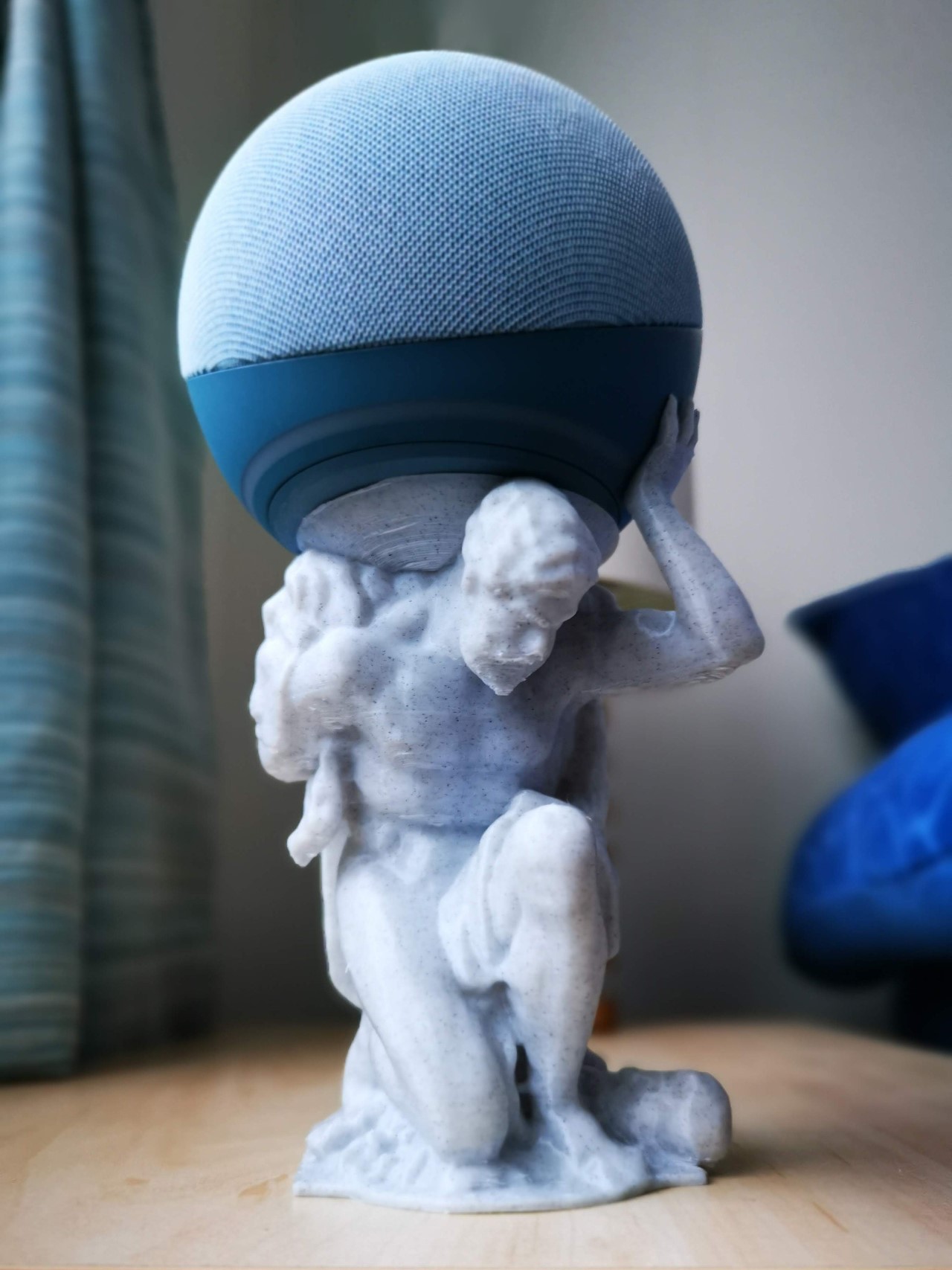 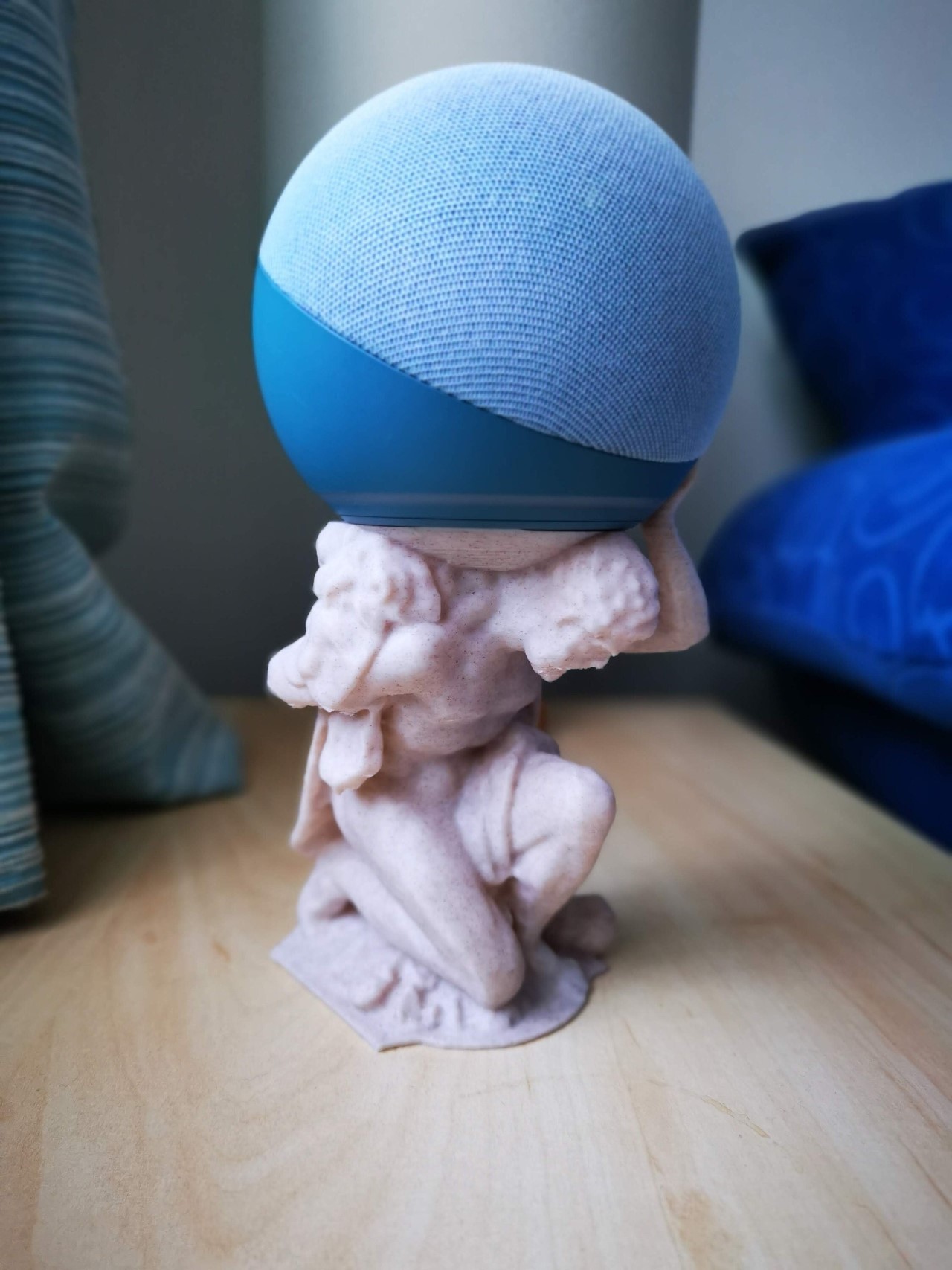 The 3D printed stand comes in a plinthed (below) and a non-plinthed (above) version depending on how much vertical space you have on your tabletop surface. The model isn’t aggressively detailed, although that works in its favor since the filament is just translucent enough to look cloudy against the light, looking exactly like marble from afar. You can choose from MisfitGeekGifts’ catalog of other filaments too, including sandstone, wood, rainbow, or even bronze/silver/gold-colored plastic filaments! MisfitGeekGifts will also resize the print for you if you’ve got the larger Echo speaker as opposed to the Echo Dot.

Prefer sci-fi over Greek mythology? Here’s another Echo Dot speaker stand that turns your smart device into the Mandalorian helmet! 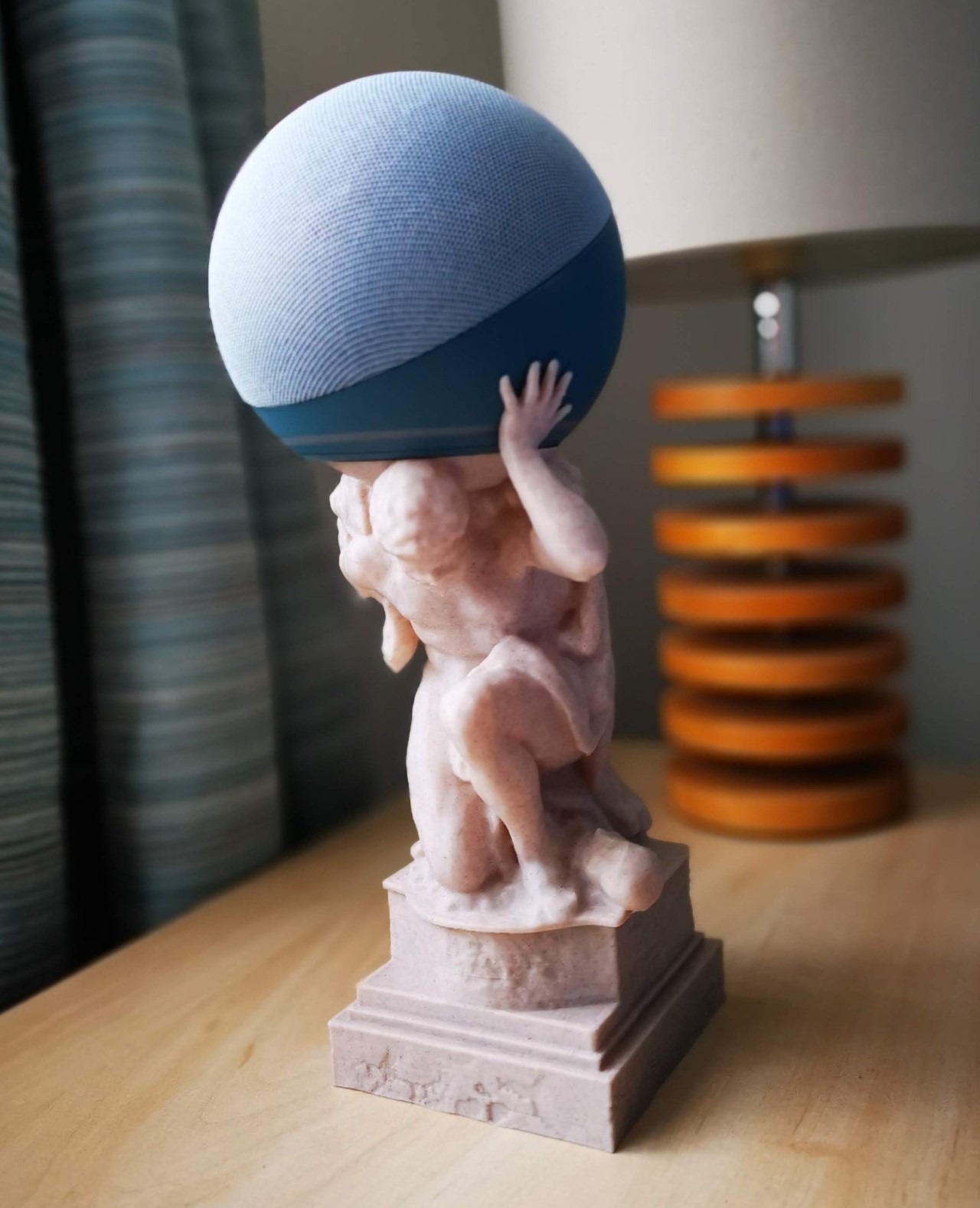 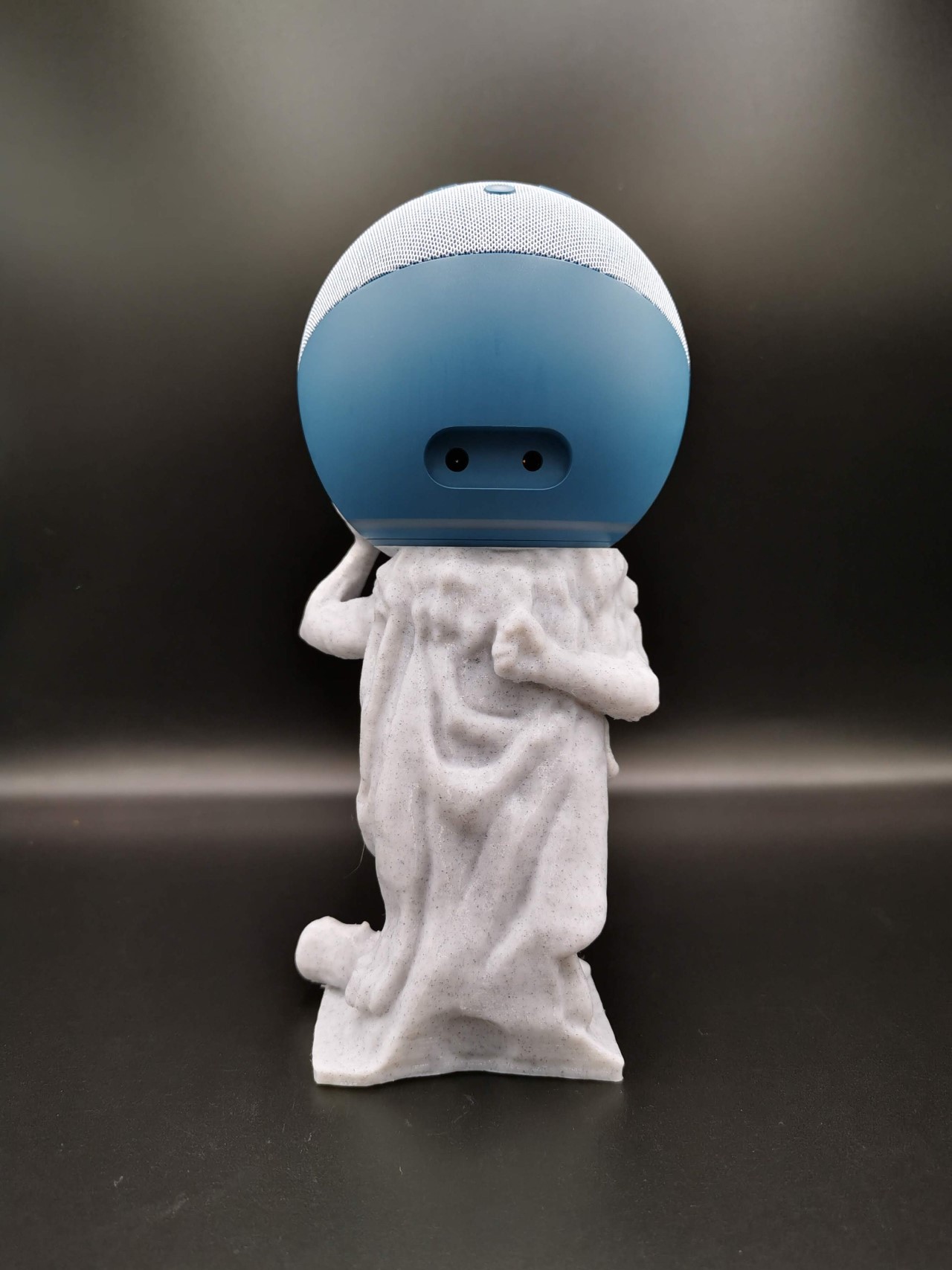 This ultimate picnic mat transforms into a lounger, a stool or a coffee table for convenience and comfort in the outdoors

The coronavirus pandemic pulled the plug on all possible outdoor activities. But now as we get accustomed to the new normal: picnics and camping activities…

Designed as a response to an increasing need for modular furniture for smaller apartments, the Tango Multifunctional Pouf transforms into practically anything you need, from…