With better range, faster speeds, higher altitude abilities, and payload carrying abilities than a regular drone its size, the Fixar 007 is slowly but surely unseating the quadcopter as the commercial drone of choice. With its strange yet effective design and format, Fixar 007 is perfectly designed for inspection, aerial imaging, drone mapping, payload delivery, and many more commercial uses. It has a range of 60 kilometers (37.2 miles), features a modular design with plug-and-play accessory support, and is designed to operate entirely autonomously.

The Fixar 007’s design borrows the best from quadcopters and fixed-wing drone designs. It comes with four propellers, oriented on two pairs of wings that allow the Fixar 007 to take off and land vertically (unlike a fixed wing drone), but travel in one direction rather efficiently (unlike a quadcopter that’s designed to move equally effectively in all directions). The low-maintenance, easy-to-use fixed-wing drone can be set up in less than five minutes, and it can take off and land vertically with an accuracy field of one meter. The fixed wing design gives it incredible range, allowing it to cover up to 60 kilometers or 37 miles of linear flight, while hitting speeds as high as 65-75 km/h (40-45 mph). 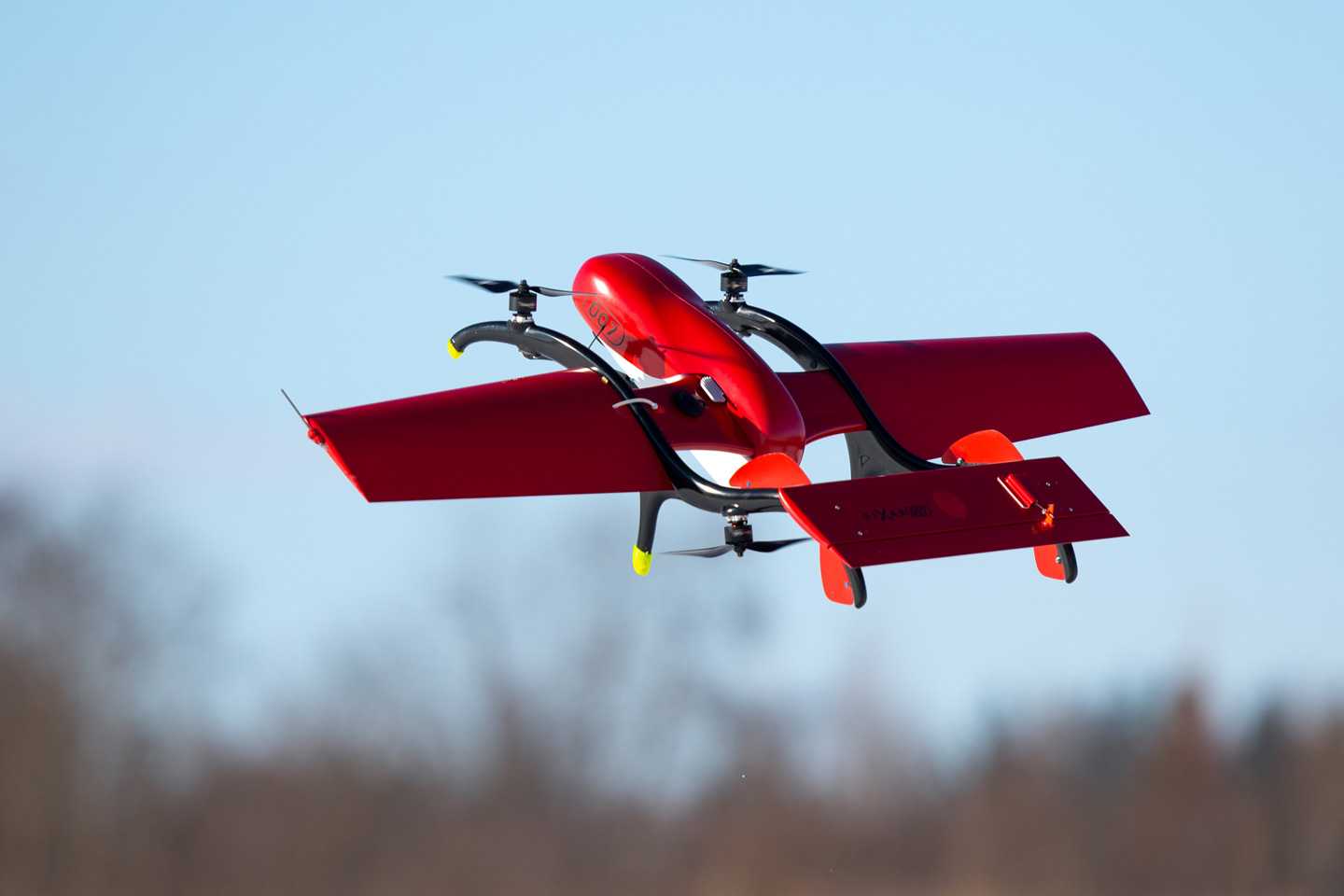 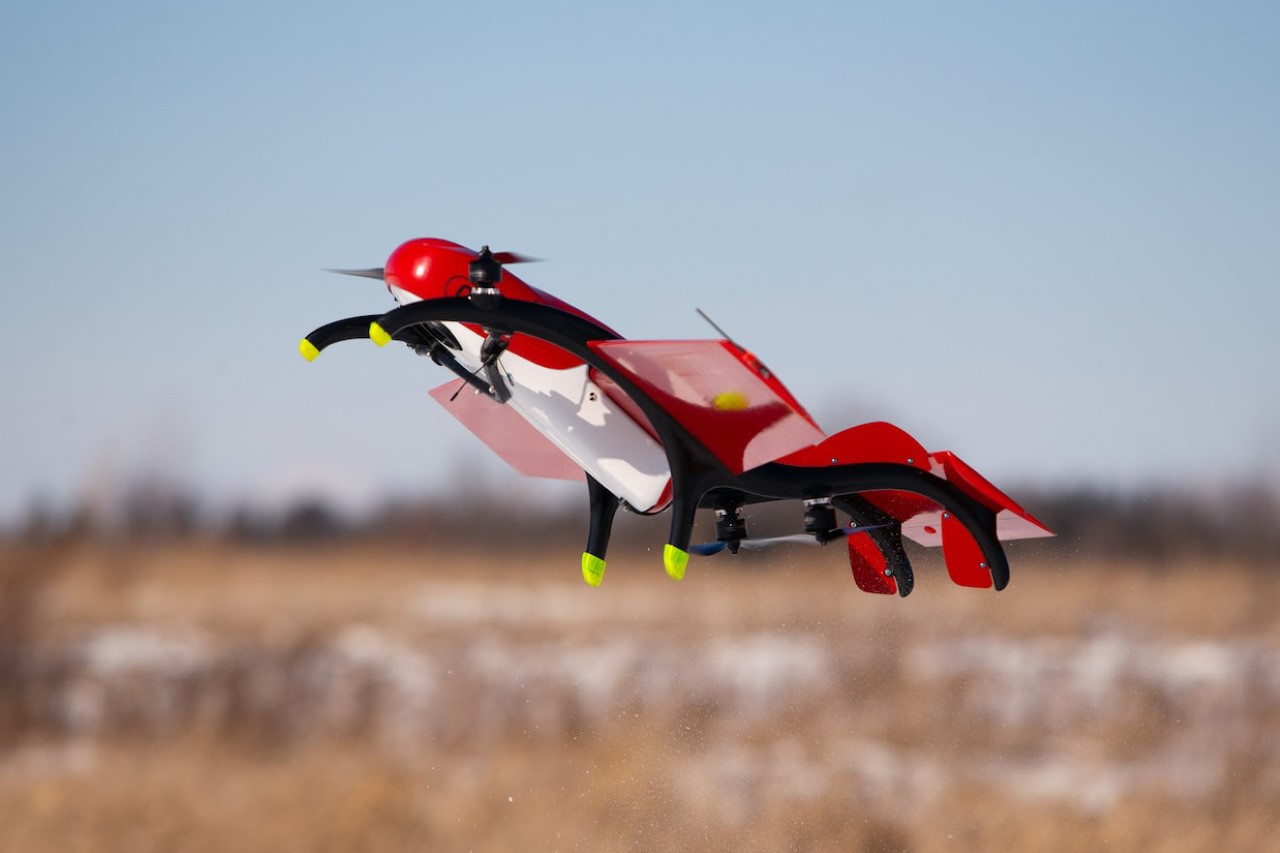 The Fixar 007 isn’t your average consumer-grade drone. It’s designed to be a highly specialized piece of aerial tech that’s capable of performing the kinds of intense tasks required by commercial and industrial use-cases. The drone’s built to let you attach different modules based on the activity you want the 007 to perform, including cameras for aerial photography and 3D scanning, surveillance and surveing, video-monitoring, laser scanning, precision agriculture, and even thermal imaging. Not all these use-cases require the same type of cameras, which is why the 007 allows you to outfit a wide range of camera types, including RGB Cameras, Gimbal video cameras, LiDAR sensors, and Multispectral cameras. Moreover, it can even carry payloads weighing over 4 pounds, making it perfect for last-mile delivery. 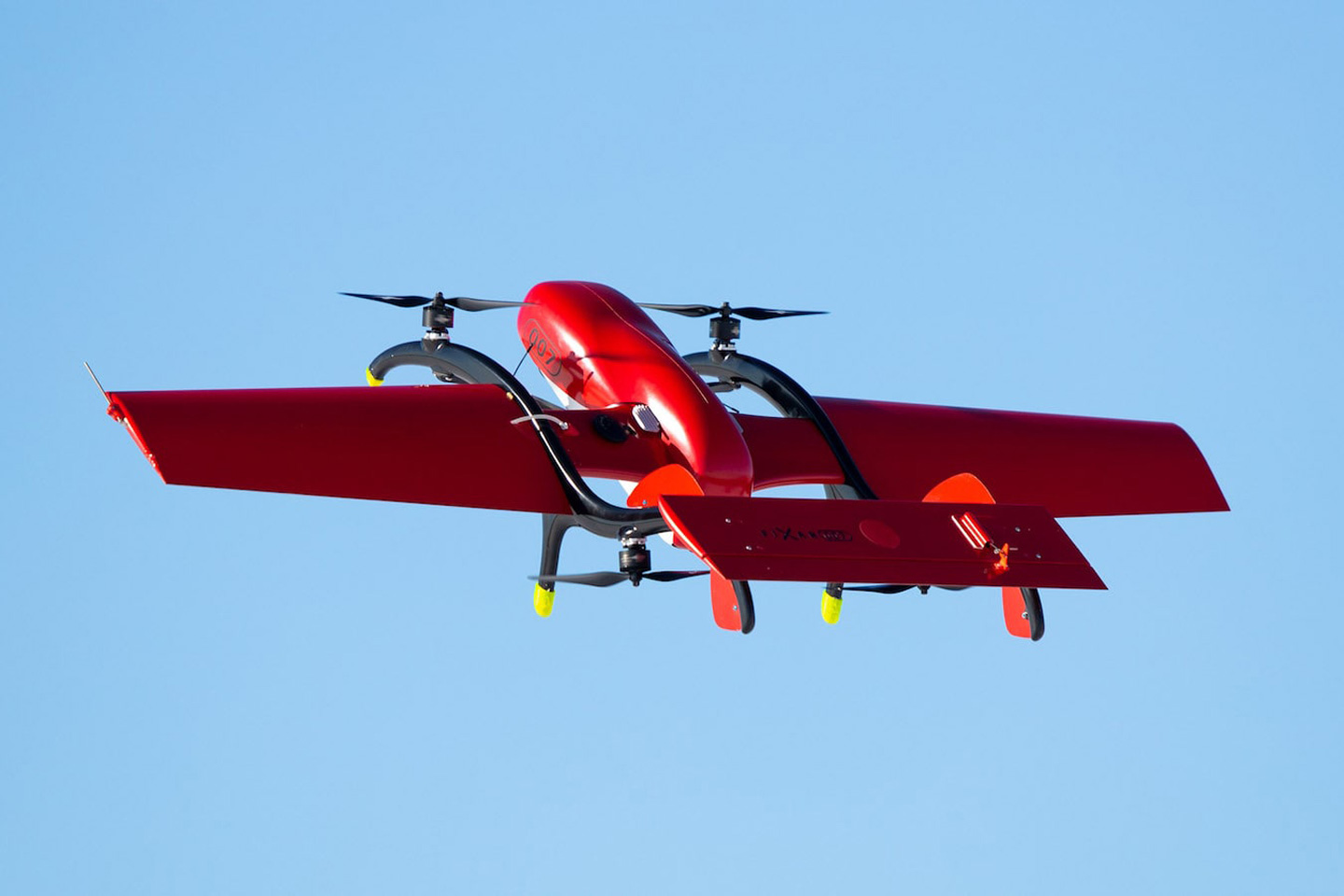 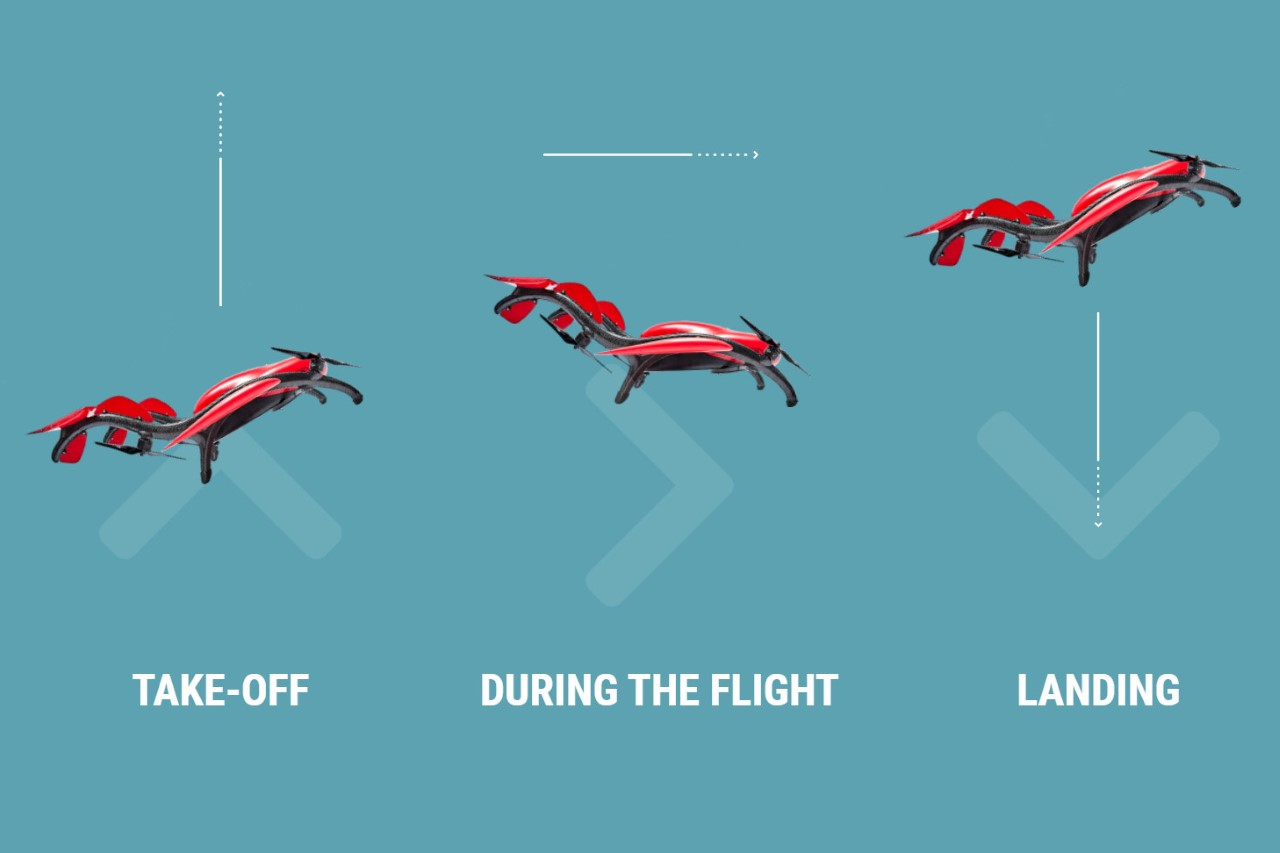 The drone’s capabilities can be credited to its unique shape. Sort of like a cross between a conventional drone and a miniature plane, the Fixar 007 takes off vertically (at a slight angle) before zooming forward like a plane would. This hybrid design doesn’t require a runway (like a plane would), and can achieve massive ranges that quadcopters can’t. It’s also much more stable in bad weather, unlike consumer-grade drones that often get caught in a tailspin because of strong winds. 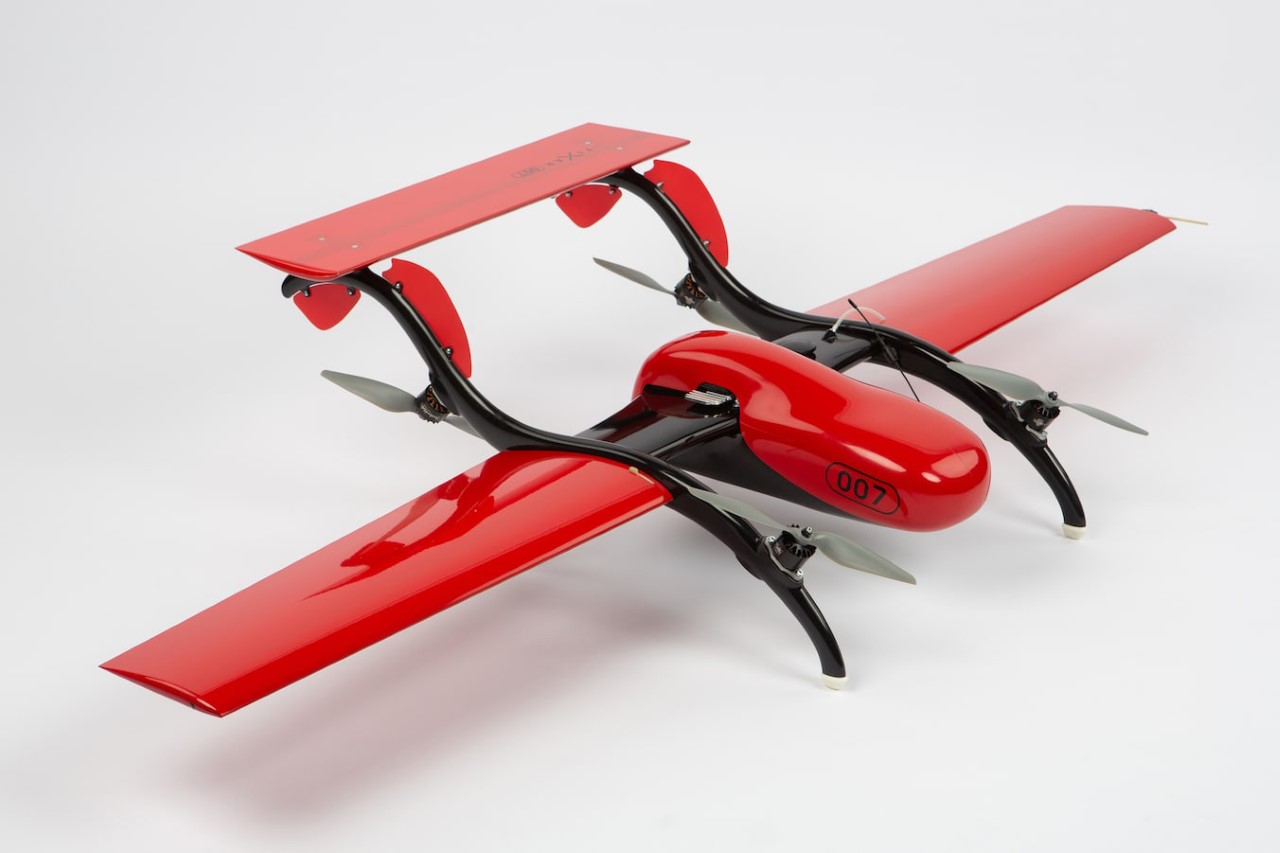 Fixar says that it takes just around 2 days to master flying the drone. The 007 is built to be rather simple (with uncomplicated details), and can be operated to fly manually, or even on pre-programmed flight paths using its proprietary xGroundControl Software. You can even define an area that the 007 has to cover and the drone autonomously determines the most efficient path to completely surveil the area. Fixar promises technical support spanning the entire product lifetime of the 007, and in the event of an accident, each 007 also comes with a  built-in black-box that records all flight and telemetry data for analysis.

There’s no official price for the Fixar 007, but given that it’s designed for commercial use, you best bet it won’t come cheap. However, the company further details out how the 007 compares (in terms of efficiency and cost) against other commercial drones from DJI, SenseFly, Delair, etc. making a case that the 007’s operational costs end up being on an average of 50-70% lower, thanks to the drone’s uniquely efficient design. 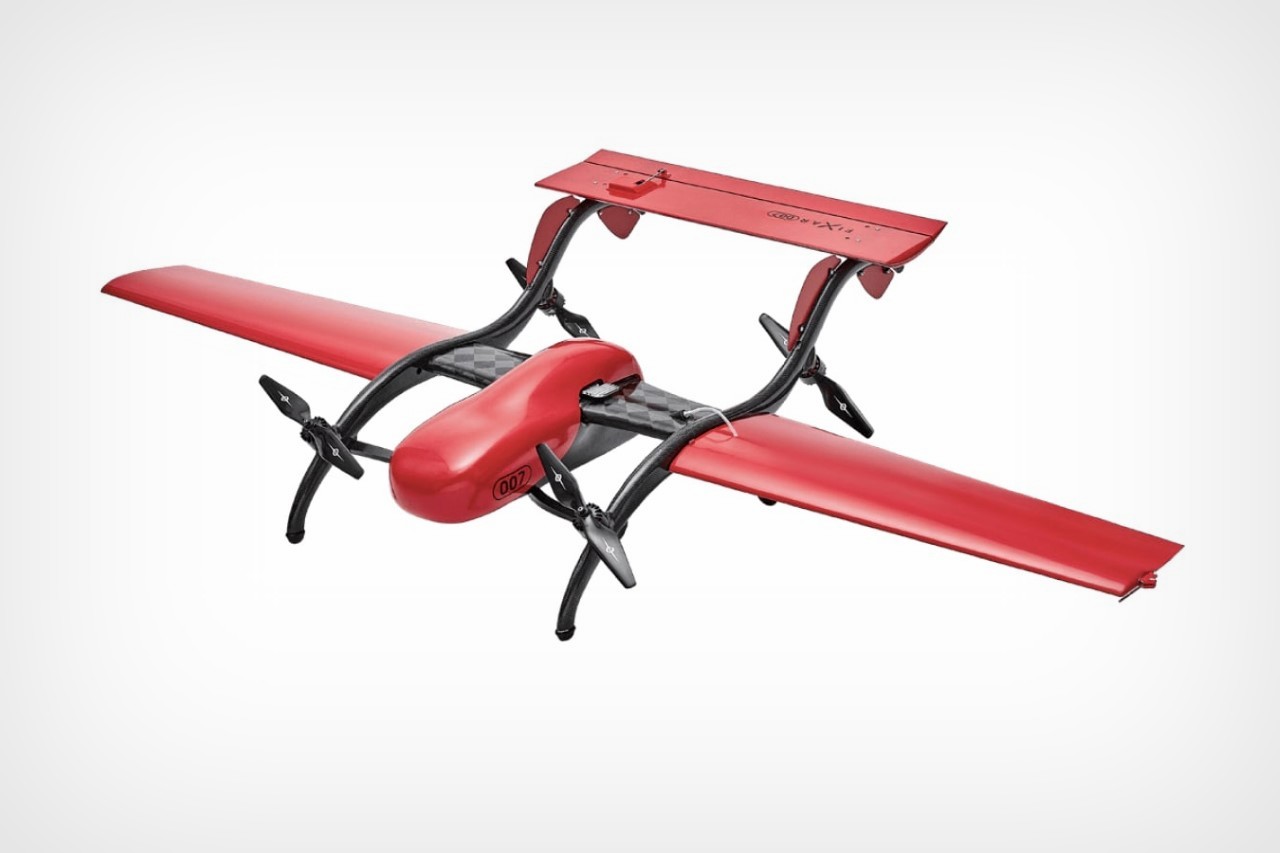 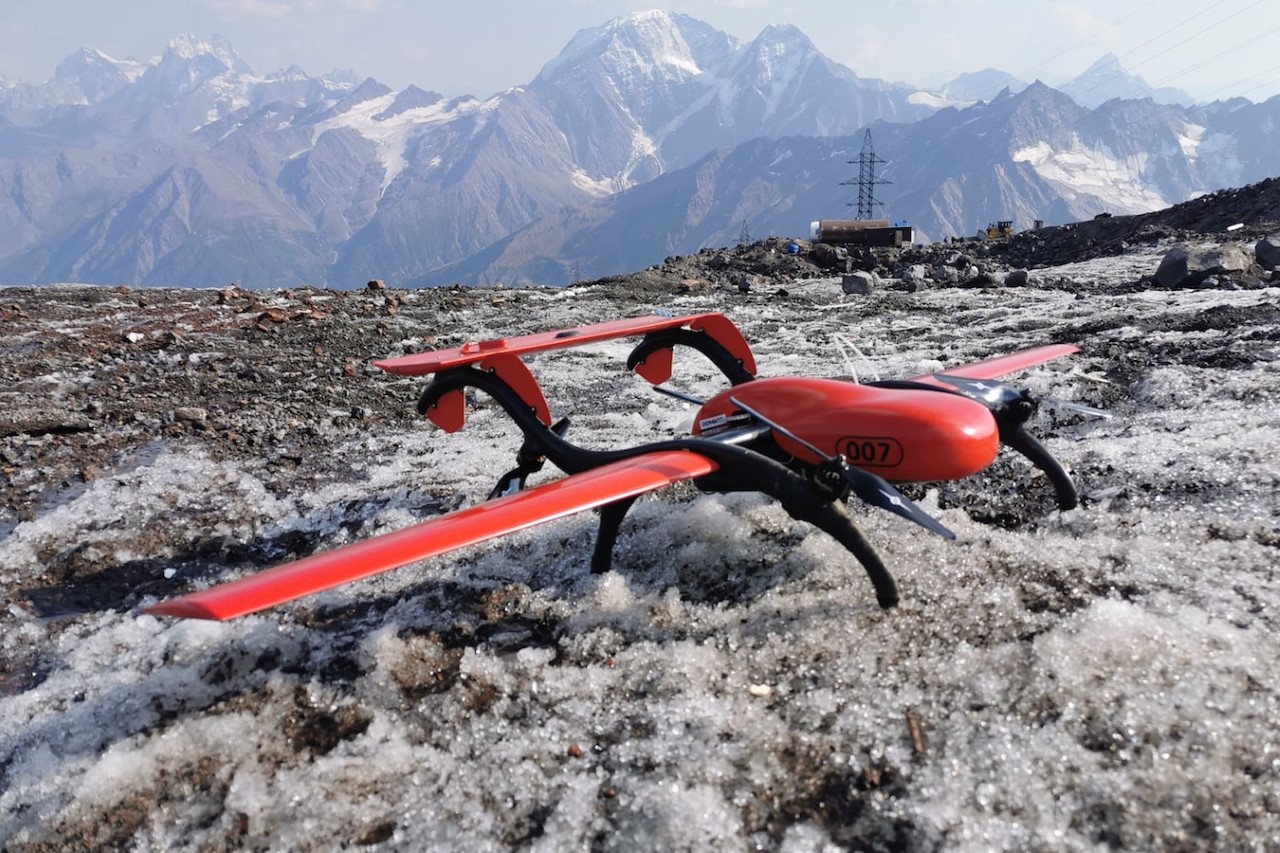 This highly maneuverable rotor jetpack takes you one step closer to your Iron Man suit!

We were not made for the sky, but we’re an intelligent species – evolved to make anything happen at our will. Jetpacks are the new-age innovations that…