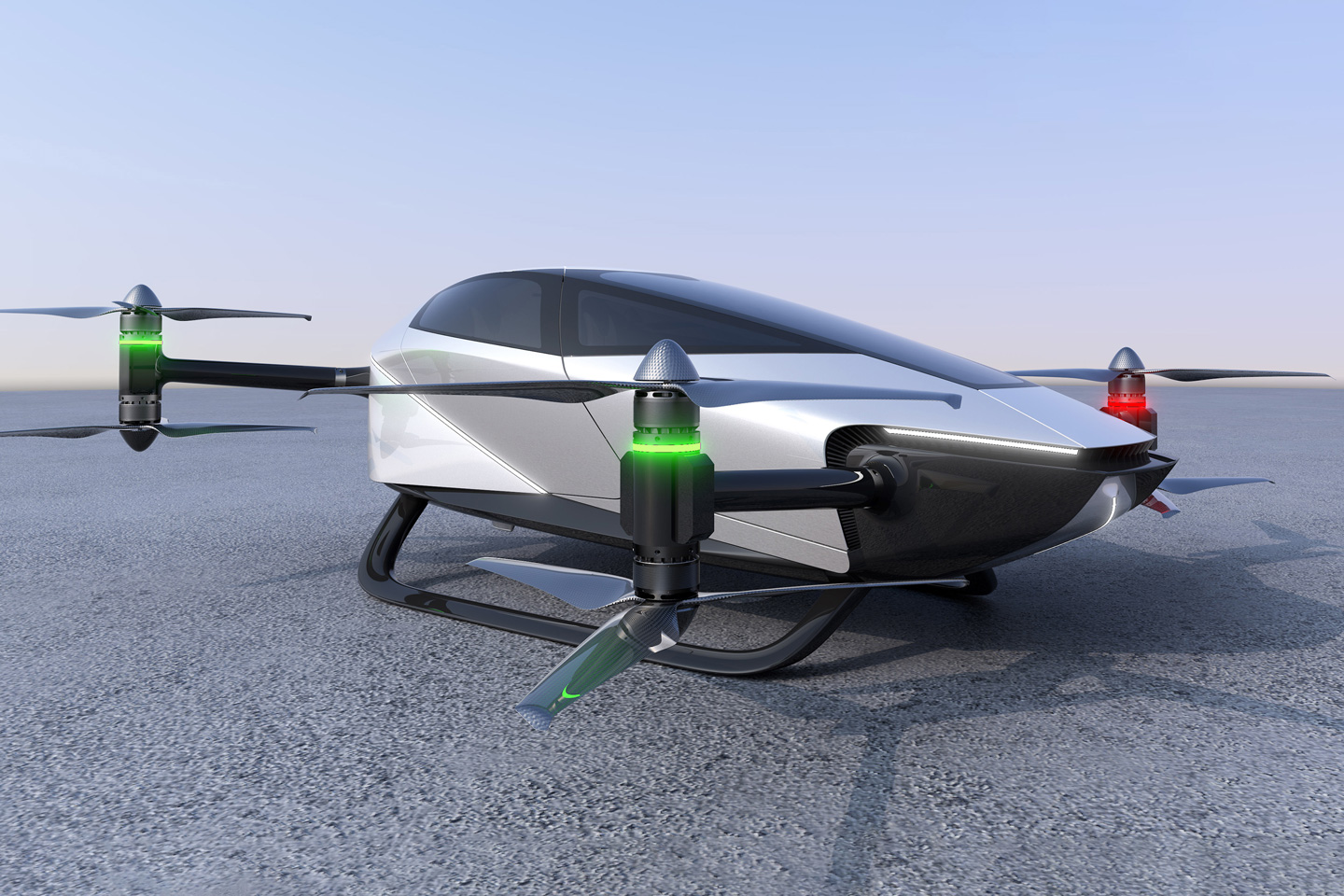 Ask yourself. Is a design good if it won an award? Or is it good if it positively impacted people? The latter sounds like the most obvious option, right? Well, that’s the objective of China’s premier awards program, the Design Intelligence Award. Established in 2015 by the China Academy of Art, the DIA Award doesn’t just discover good design… It develops it. Working in part as an award program and in part as a product accelerator, the DIA Award celebrates innovation and entrepreneurial imagination. The free-to-enter award program has a two-round judging and evaluation process, with the aim to help develop products that uniquely benefit humanity. In doing so, the DIA Award also aims at creating a platform to accelerate international trade, increase connectivity, and open up commercial opportunities. After all, good design is only impactful when it reaches and benefits more people, right? To that end, the award program has even set up a prize fund worth ¥5 million RMB, or $750,000 USD to help incubate great ideas into great designs.

The Design Intelligence Award’s judging process occurs in two stages – a preliminary, and a more hands-on final one. During this time, an elite panel of 550 multidisciplinary design experts evaluates the entries based on three criteria/layers – 1) The fundamental layer emphasizes the “Principles of Design”, covering functionality, aesthetics, technicality, user experience, and sustainability. 2) The advanced layer emphasizes the “Direction of Design”, spanning contribution to humanity, industry, and the future. 3) The top layer emphasizes the “Impact of Design” in regard to social influence and industrial development.

Based on these criteria, the DIA Jury Panel selects 30 outstanding projects that are innovative and positively impactful. Winners get access to the DIA’s prize fund of ¥5 million RMB ($750,000 USD) with the winner alone getting ¥1 million RMB. Although that isn’t the end of it. All winners are invited to the DIA Award Ceremony to engage face-to-face with global representatives from various industries such as design, academic circles, media, etc. The award also organizes a set of expert lectures known as the D-WILL, sponsored by Zhejiang Modern Intelligent Manufacturing Promotion Center and Design Innovation Center of China Academy of Art, with the intent to spearhead innovation and connectivity. With “Meet design, Meet future” as its initial intention, the Lecture invites education experts, industry elites, and pioneers to share their achievements and insights in their personal research and careers with younger generations. Finally, winners get featured in the media as a part of a coordinated PR push to help get their work noticed by everybody. In fact, you can scroll down to see a few winners and honorable mentions from last year’s Design Intelligence Awards.

Have an innovative idea for a product or service? Want to win up to ¥1 million RMB ($147,000 USD) to help develop it into a tangible life-changing design? Click here to enroll for the 2022 Design Intelligence Awards FOR FREE! 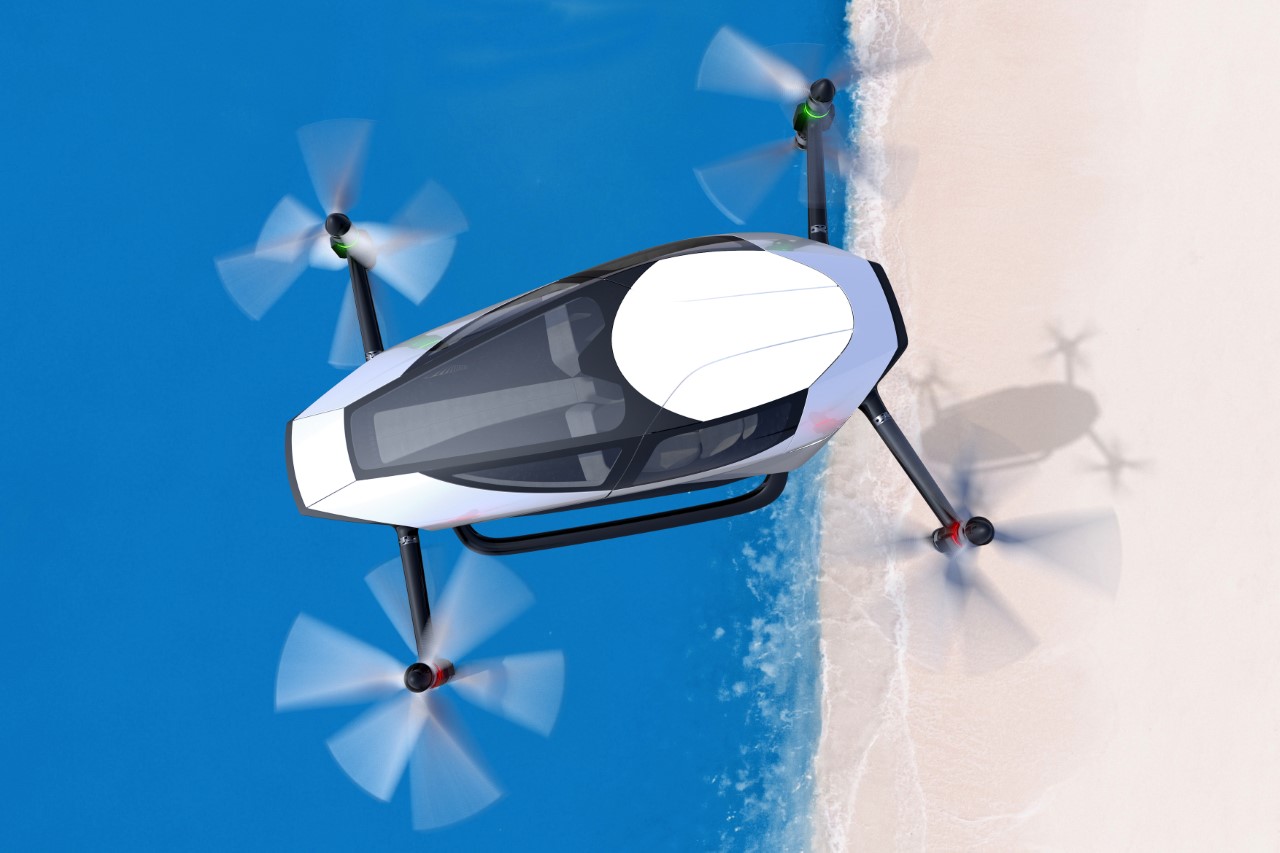 The X2 is an award-winning flying car, or what the designers like to call a ‘three dimensional transportation system’! With a cockpit no larger than your average automobile, the X2 sits two people and uses four propellers for vertical take-off and landing (VTOL). Its unique aesthetic is a combination of cyberpunk inspiration along with aerodynamism. The X2 takes on a teardrop shape for peak aerodynamic efficiency, but has an aesthetic that still puts it in somewhat car territory. If you’re wondering whether the X2 is also made from a bulletproof metal alloy like the Cybertruck, it isn’t. Instead, it uses a carbon-fiber interior and exterior to achieve that lightweight build needed to be an efficient ‘flying car’! 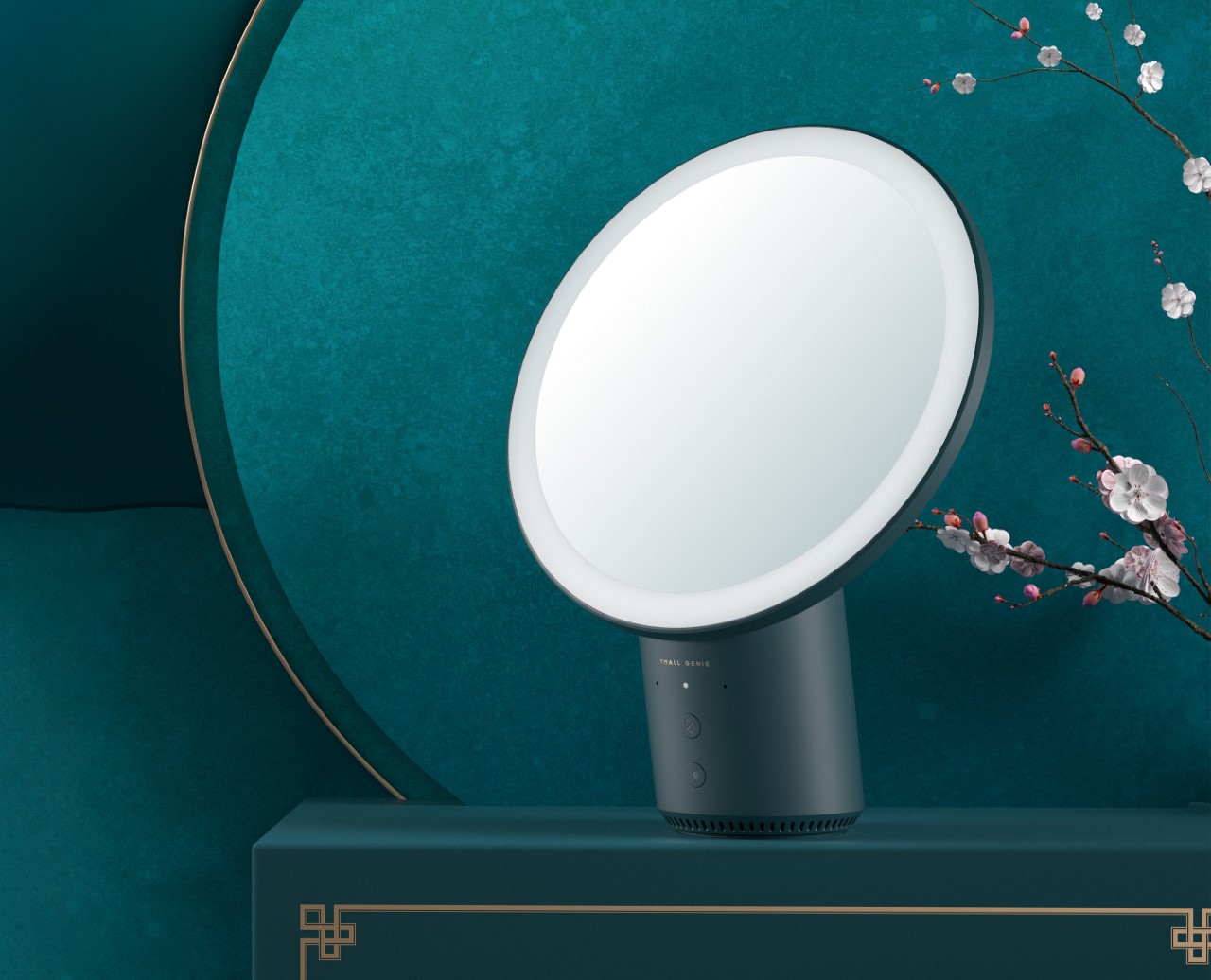 Designed to be a smart mirror, the Tmall Genie Queen isn’t just a mirror with a speaker attached. Instead, it’s an IoT-enabled grooming system that coaches you as you get ready, giving you grooming and makeup tips to help you look your best. The mirror comes equipped with Tmall’s voice AI, and even has a ring light built into the rim of the mirror that automatically illuminates to give you perfect lighting as you apply your makeup. Does it play music too? Well, obviously! 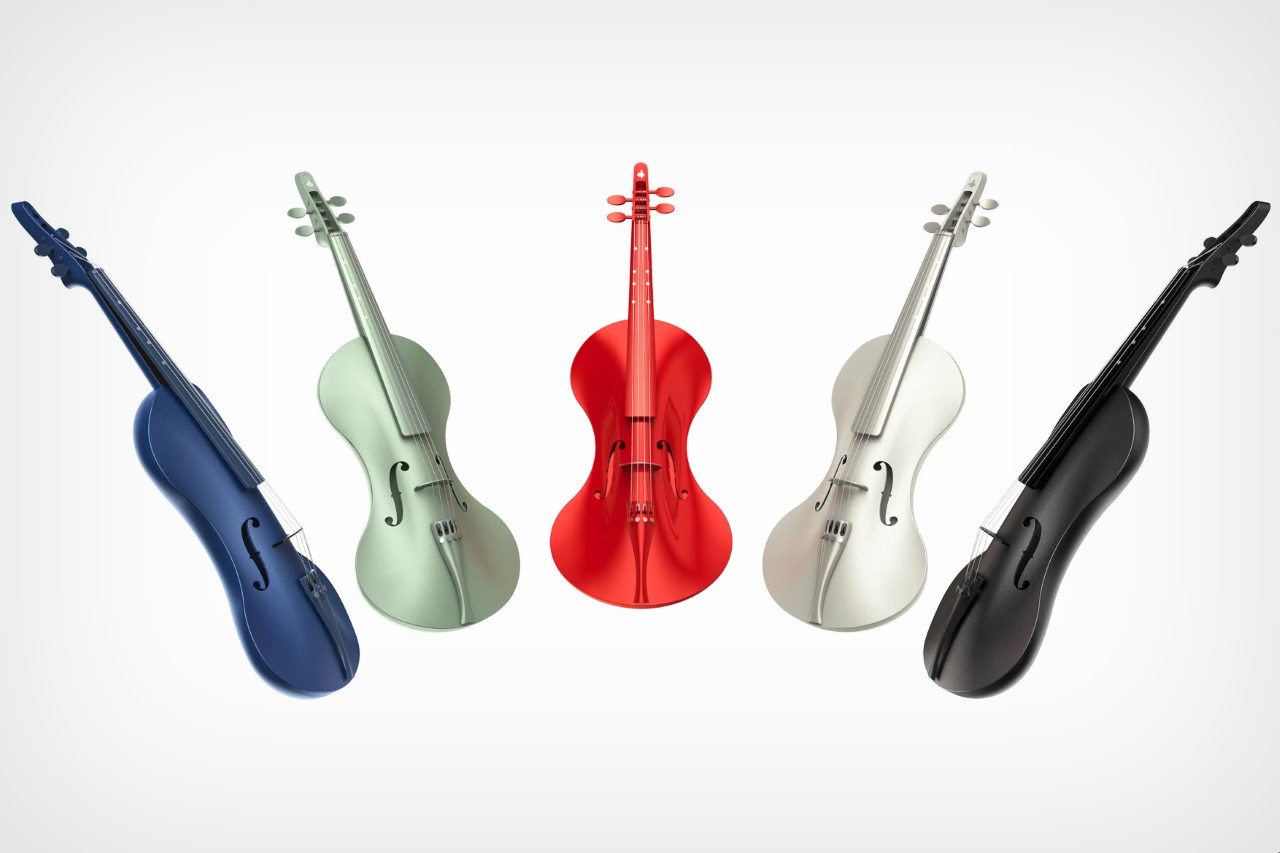 It isn’t a Stradivarius, but in the violin’s defence, makers of the Stradivarius probably didn’t have access to novel materials like carbon fiber. Carbon fiber, oddly enough, makes for a rather interesting material when it comes to acoustics. We’ve seen carbon fiber guitars and speakers in the past, although this might be the first carbon fiber violin we’ve ever laid our eyes upon. Designed with an incredibly sleek and streamlined body, this violin is a lot thinner than traditional violins, and lighter too. Designed using “injection molding methods” (although how one would do that for a hollow instrument is definitely puzzling), the violin comes with what looks like an entirely unibody design, making it much tougher than any other violin out there. It also means the violin can come in a host of different colors, bringing an entirely new appeal to the otherwise strictly traditional instrument. 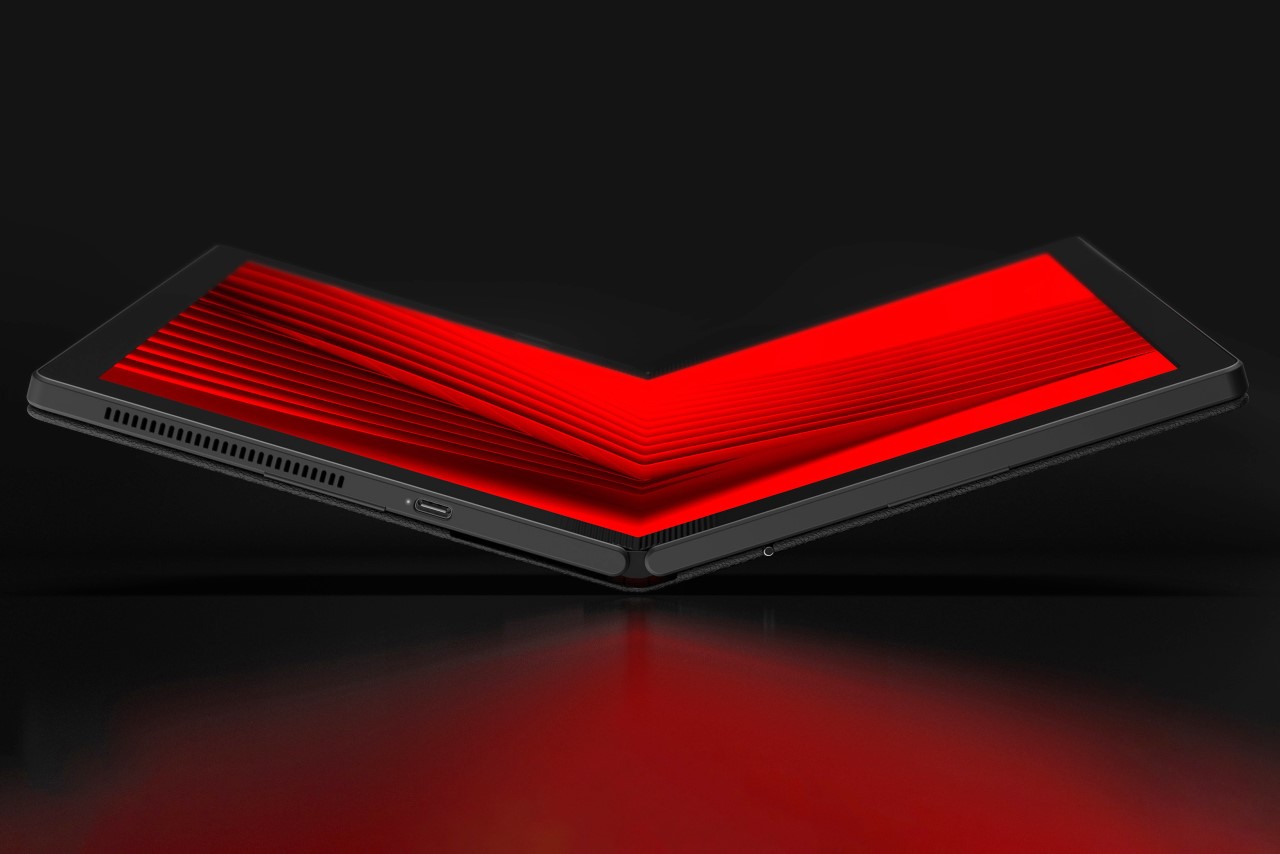 Designed to be the first ever folding-display laptop, the ThinkPad X1 Fold comes with a 13.3″ OLED display that folds in half, and a physical keyboard that attaches to the screen when you want to use it in laptop mode, and detaches to turn the X1 Fold into a folding tablet. This dramatically helps scale down the laptop’s original framework, making it mildly thicker, but smaller width-wise, thanks to the folding screen. Each X1 Folf also comes with a kickstand to prop the screen up, and a stylus that lets you experience the Windows-based tablet’s full potential. 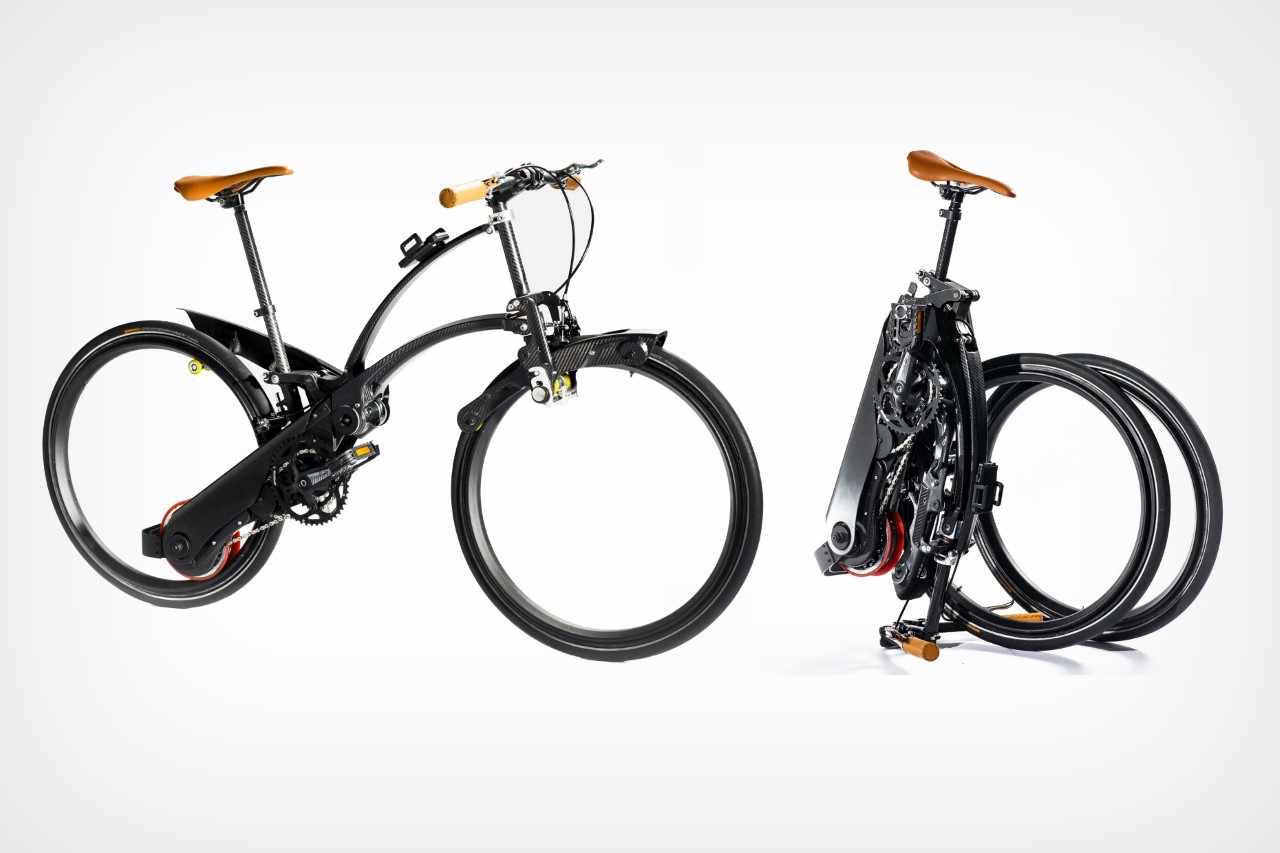 If a folding tablet/laptop wasn’t enough, say hello to the Sadler – a folding hubless e-bike that crams down to the size of a trolley, making it the most compact folding e-bike in the world. The Sadler comes with a carbon fiber frame and a motor built into the rear hubless wheel. The bike’s minimalist design goes one step further thanks to its folding action, which makes it occupy less than half its original space. Designed in Italy, the Sadler bike weighs a nominal 15 kilograms, but can support nearly ten times its weight. The e-bike’s internal battery has a range of 90 kilometers, while the rear-wheel motor can hit speeds of up to 25 km/h, as specified by EU regulations.

Have an innovative idea for a product or service? Want to win up to ¥1 million RMB ($147,000 USD) to help develop it into a tangible life-changing design? Click here to enroll for the 2022 Design Intelligence Awards FOR FREE!

The Clippad mobile accessory turns your smartphone into a renegade GameBoy Advance!

Emulators can only go so far, right? Giacomo Zangani’s Clippad lets you get a much more authentic Nintendo GBA experience by strapping a set of…

Rock On My Special Baby

Teaching children with Attention Deficit Hyperactivity Disorder (ADHD) is usually done on a one-on-one basis. So in a class of handful students, when the teacher…