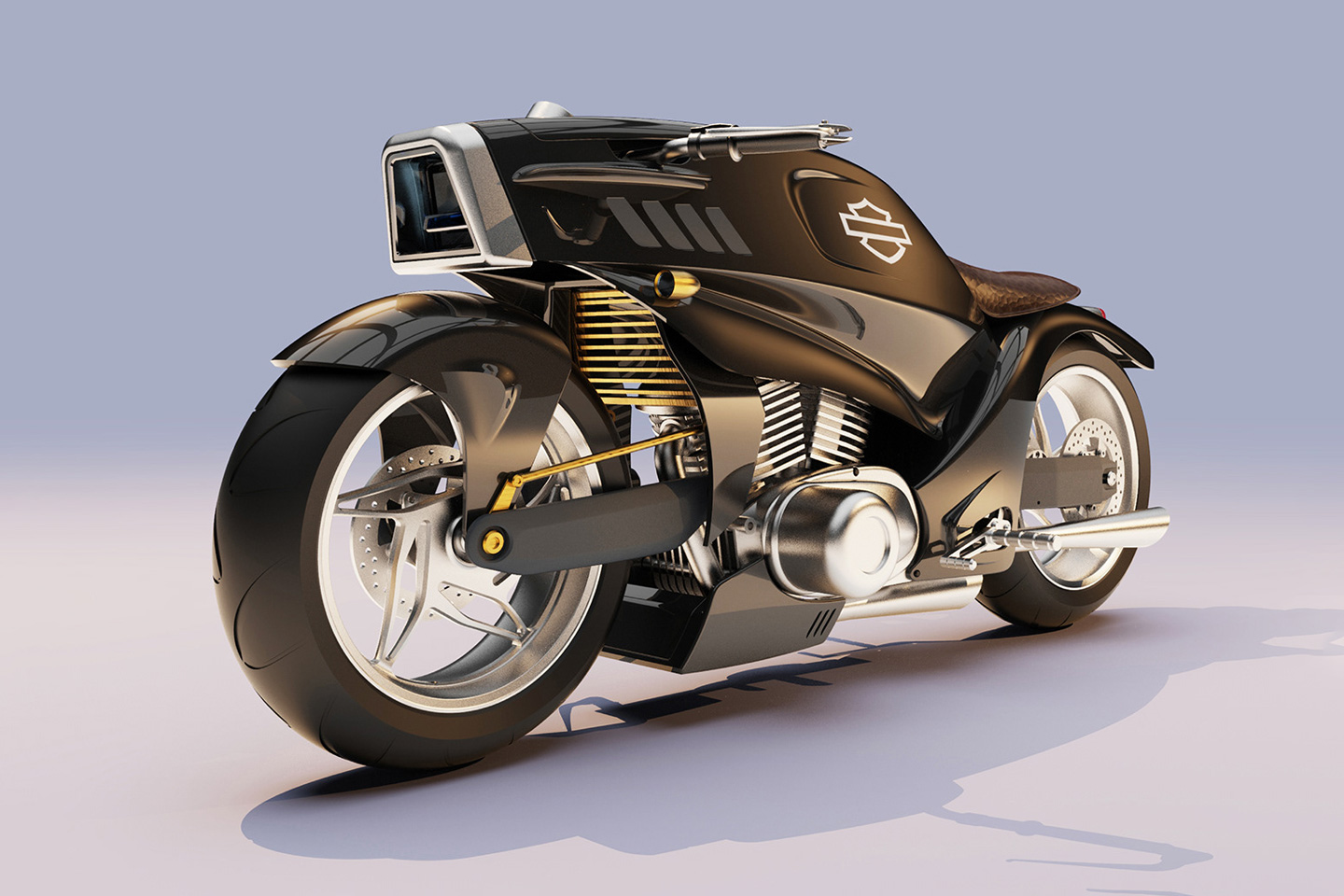 The reason the Harley-Davidson Street Fighter concept looks nothing like your average motorbike is that it wasn’t designed keeping one in mind. Created, instead, with the template of a car, the motorbike concept’s body comes with a more square-ish cross-section, defined edge lines, and a fully faired bulky-yet aerodynamic shape that can generally be attributed to automobile design. You’ve got to admit, it does look interesting… but more importantly, it unlocks a new design direction for motorbikes in general. 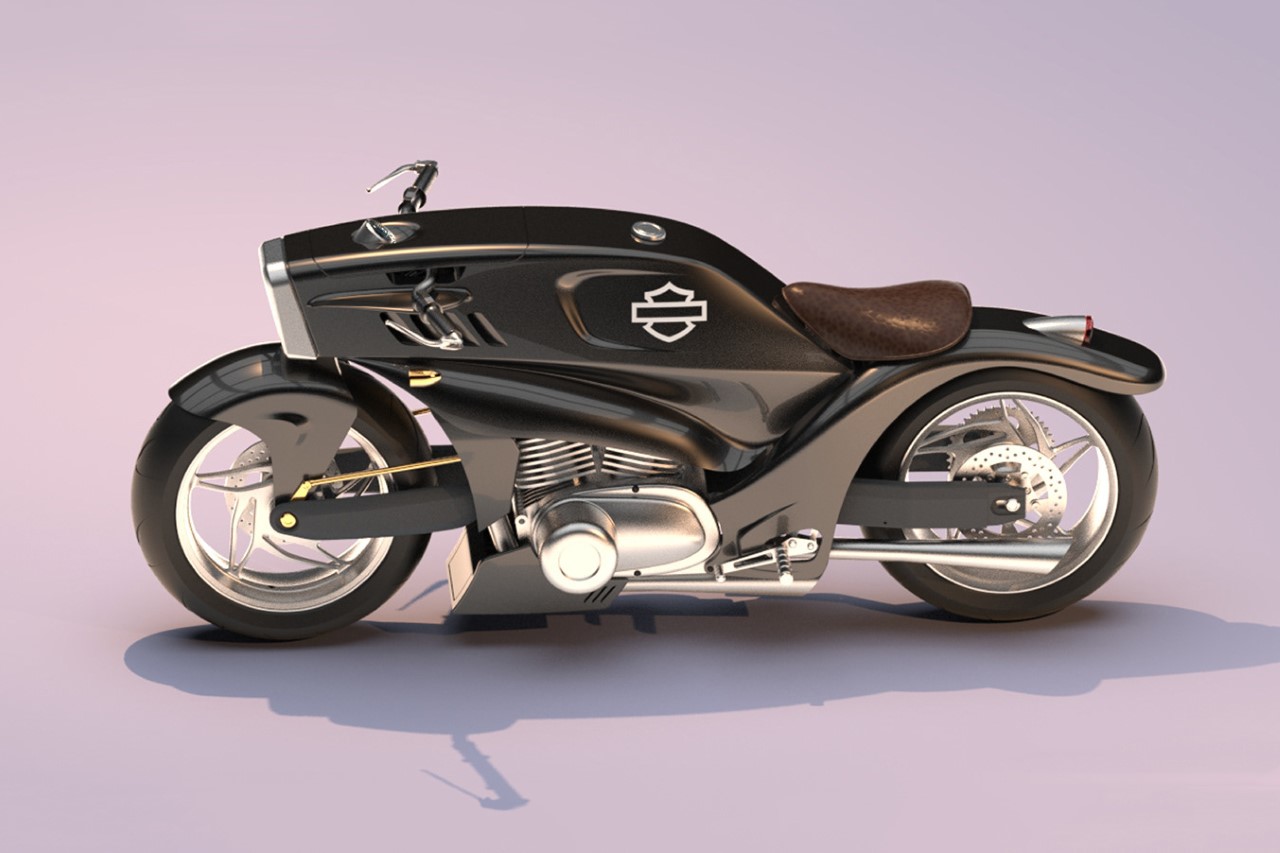 The Street Fighter’s streamlined shape starts with its headlight, which takes a continuous curve right into the fuel tank in what I can only describe as a TRON Light Cycle or Dodge Tomahawk-inspired direction. This does an important thing in giving the Street Fighter a strong silhouette, making it immediately recognizable. Speaking of being unusual but recognizable, the concept also sports a minimalist version of the Harley-Davidson logo on the side. Everything about the Street Fighter challenges notions without straying too far away from tradition. 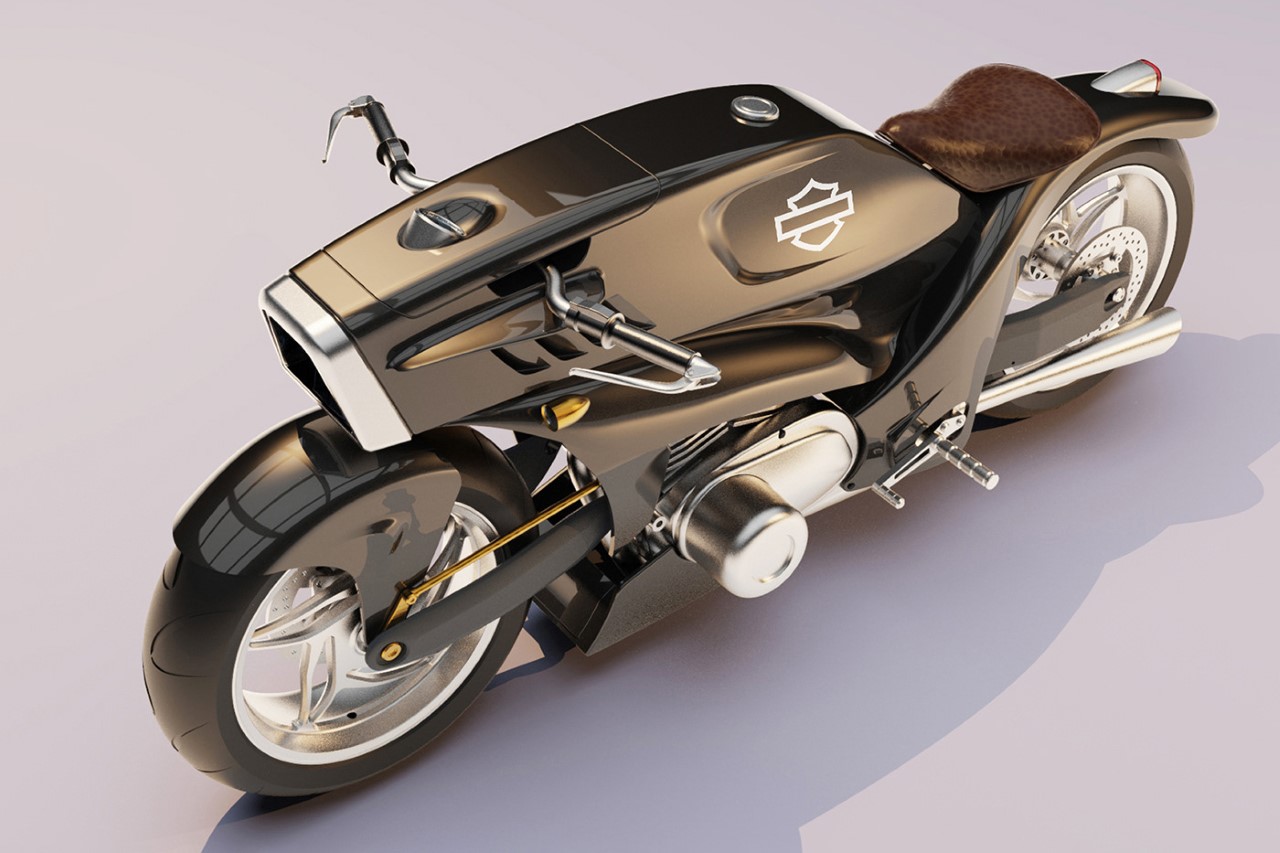 The Harley-Davidson concept takes on a hybrid engine approach, making it potentially the first hybrid Harley. It comes with your traditional fuel tank, but also sports a battery right under it. Although this is just a concept, the thought of having a flammable battery right below the fuel tank does quite bother me. In fact, it’s probably the only thing I’d immediately change about this motorbike. 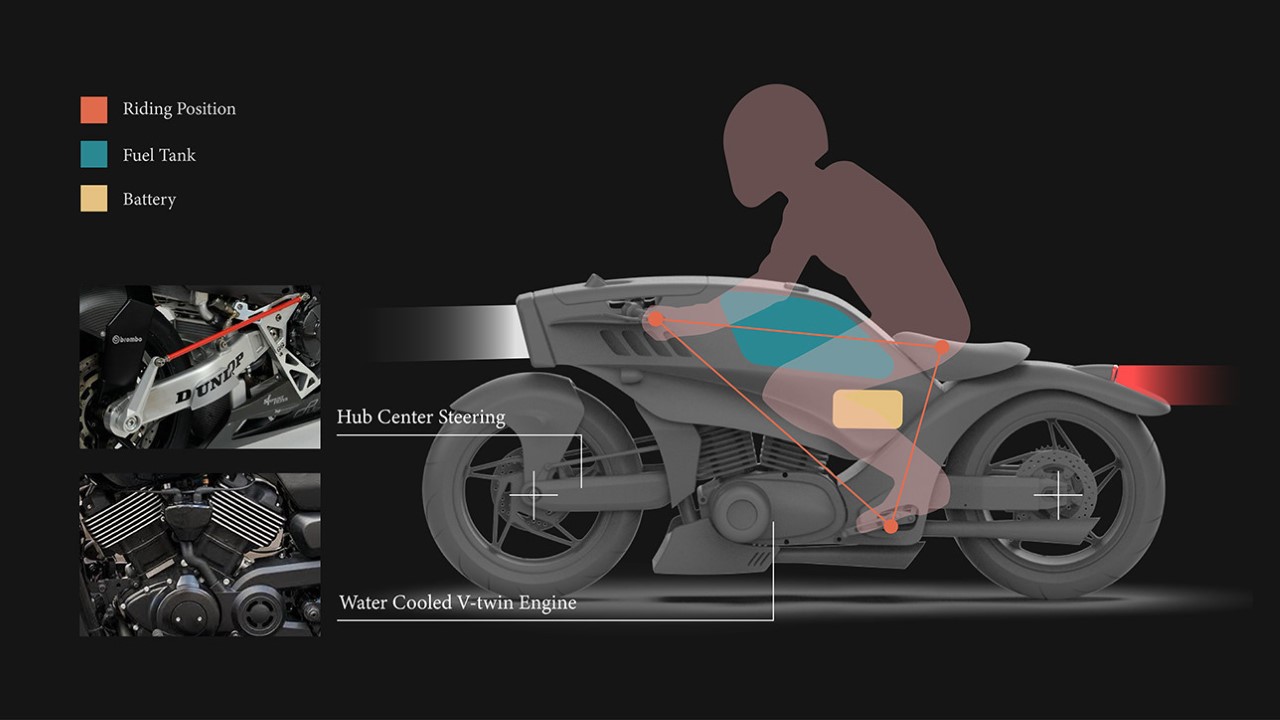 The riding position is closer to a racing bike, allowing riders to ride more freely on the race track or mountain roads. While Harley-Davidsons have a reputation for being suburban or highway creatures, the Street Fighter, as its name suggests, prefers any sort of road – even a racetrack. 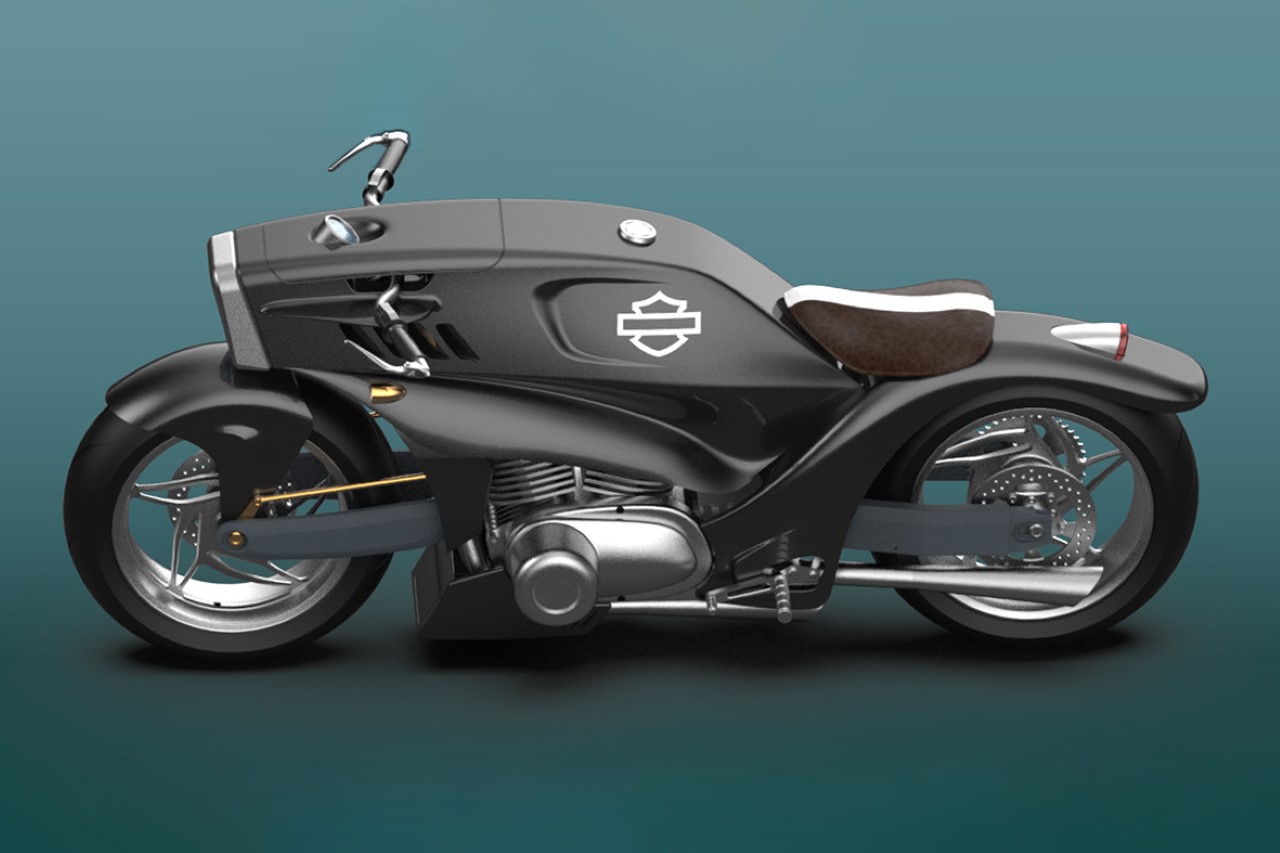 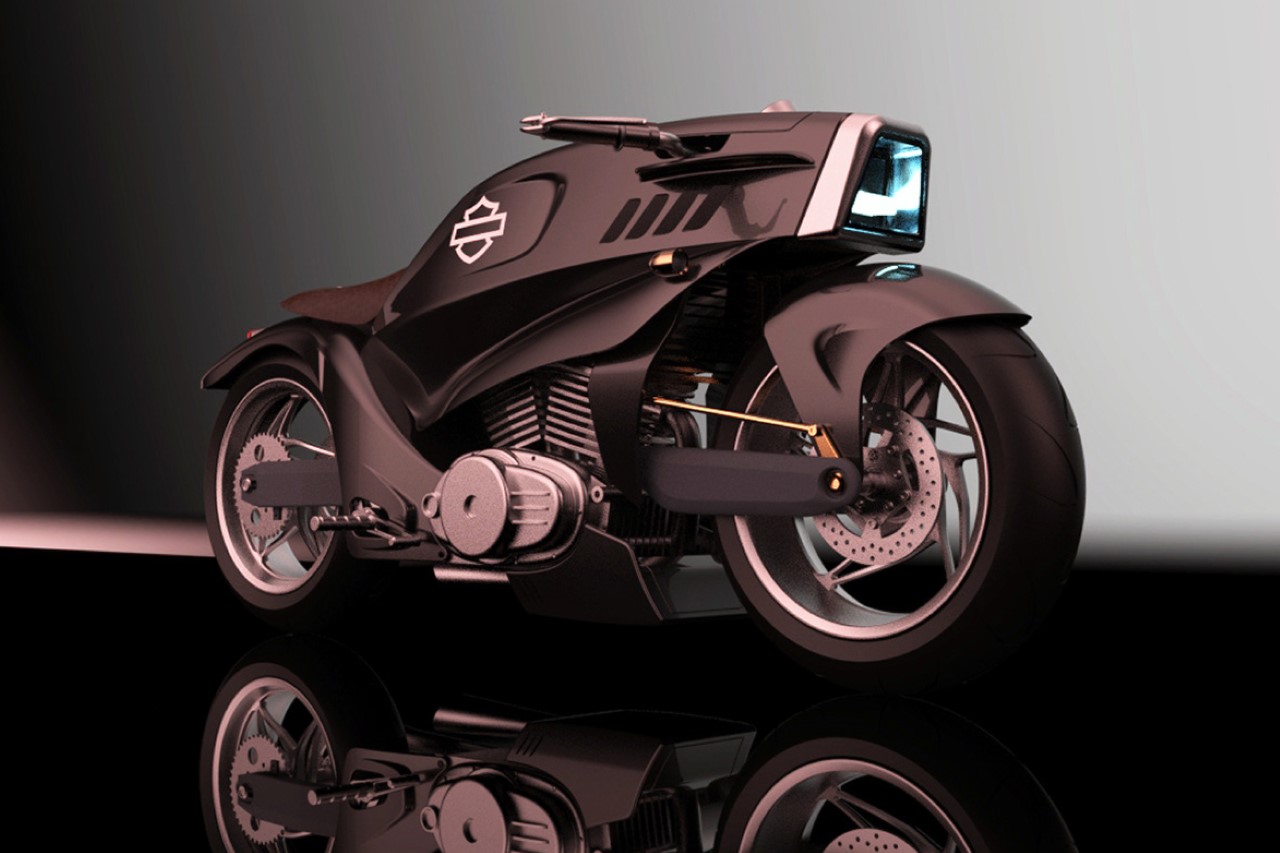 The rest of the bike is a combination of old and new car-design sensibilities. Of course, the curved tire covers and the rather traditional-looking leather seat give it an old-world charm, but the rest of the bike is quite certainly modern and out-of-the-box. The fuel tank has sculpted details that feel very ‘car-like’, the bike’s full-fairing body feels rather automotive-inspired too, and the dashboard, which pops right out of the bike’s continuous upper curve, is decidedly minimalist. 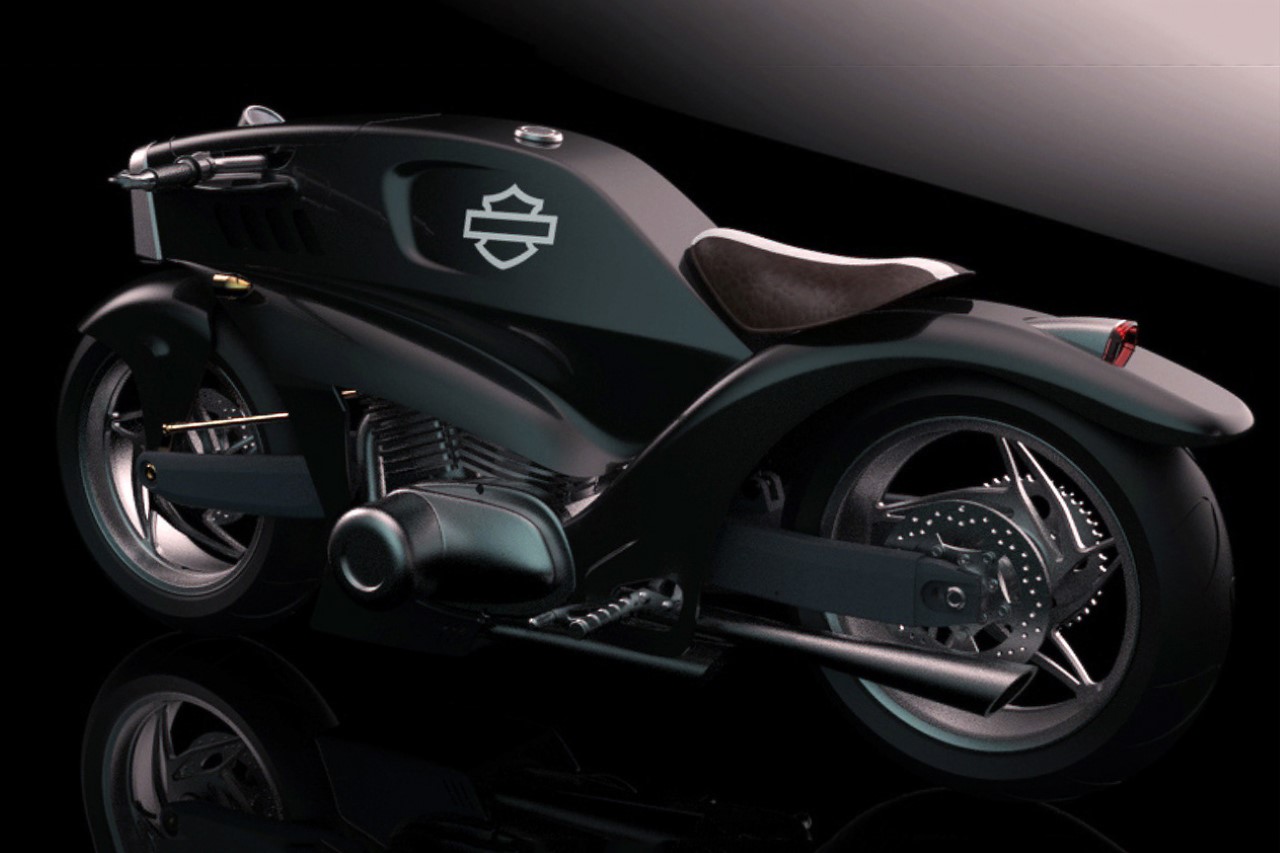 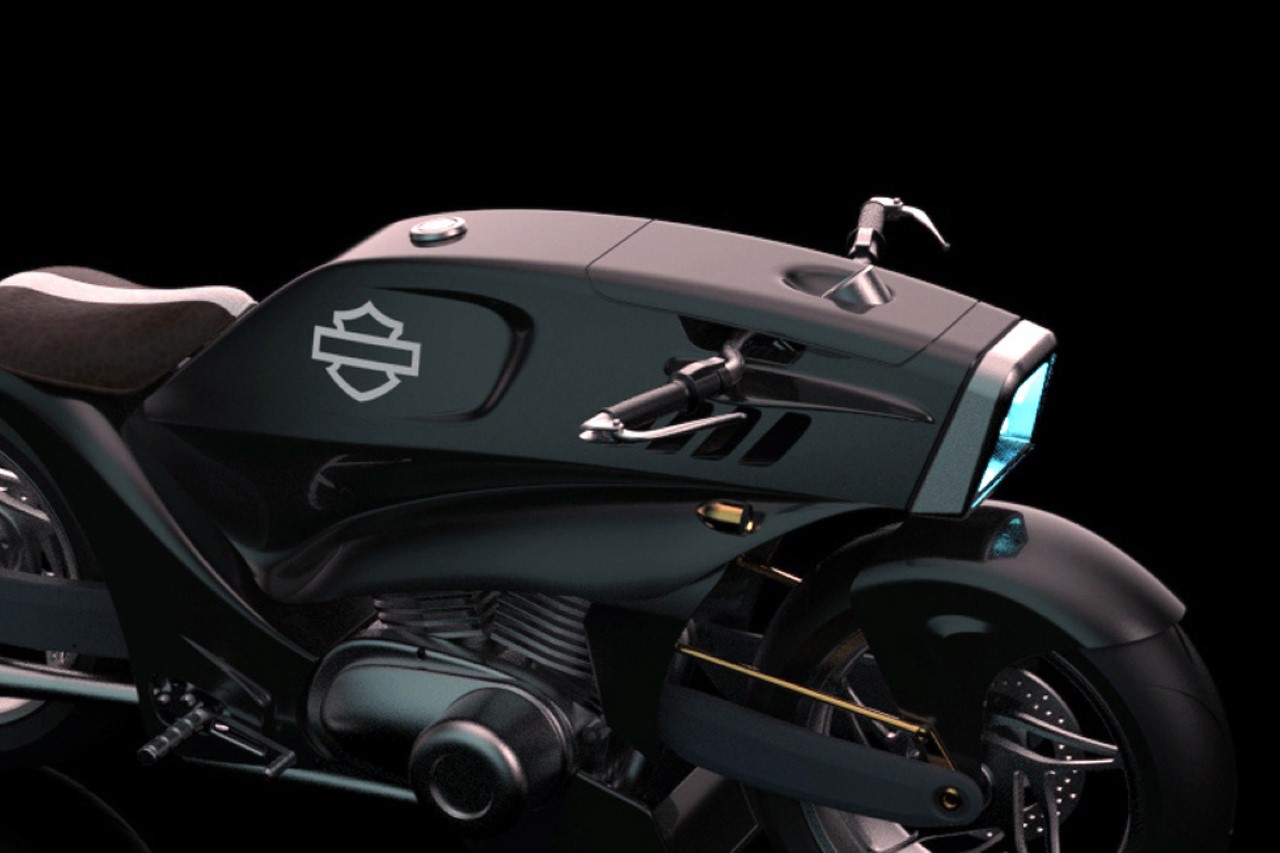 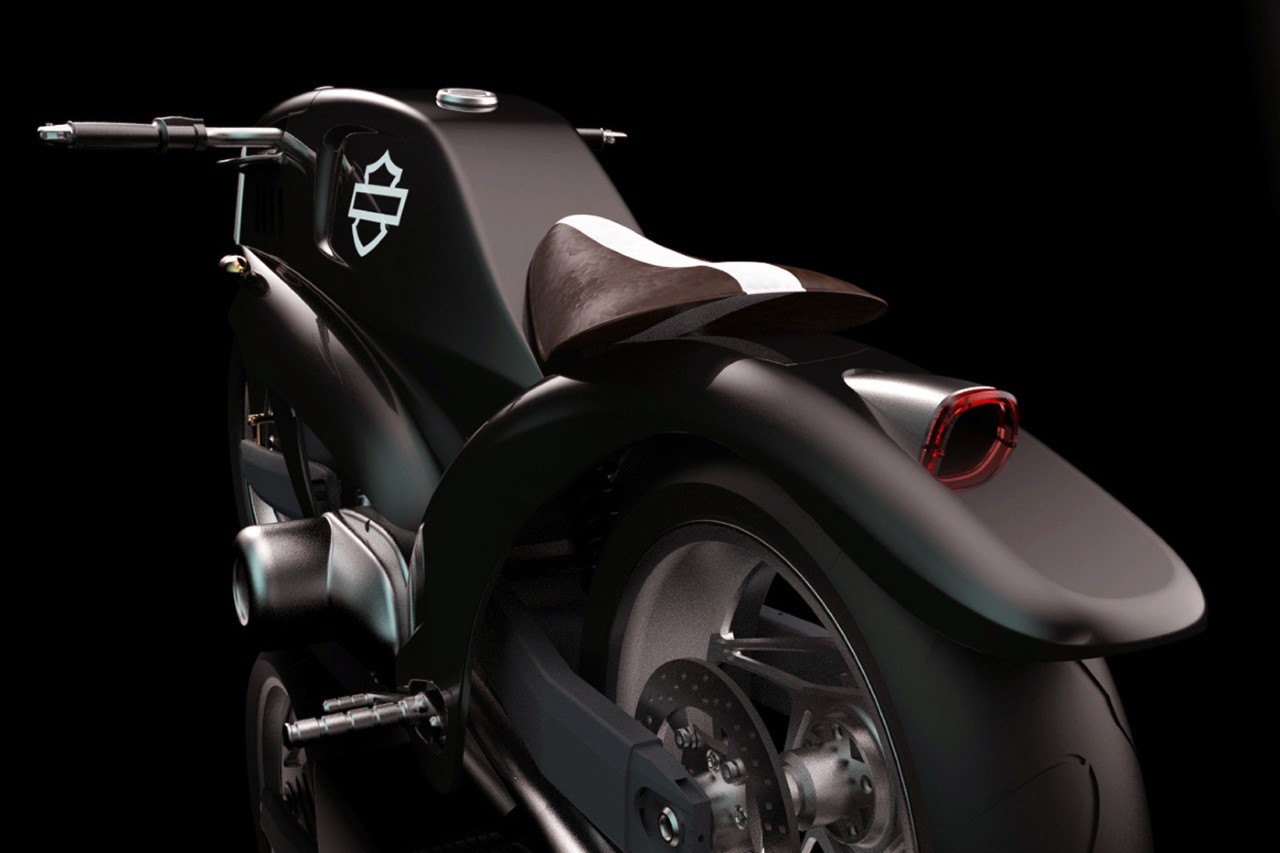 The Harley-Davidson Street Fighter comes from the mind of Taiwanese designer Yan-Xuan Lai, who uses the term “elegant and fierce” to describe his creation. For Lai, his prime objective was to try and combine the “features of the classic streamlined car shape with the strong vision of sports street bikes” to create a radical new aesthetic. Personally, it works purely on a visual level, although aerodynamic considerations need to be made if Lai really envisions this concept to be a racing bike.

That being said, it isn’t far-fetched to think of an electrified Harley. The company did announce the LiveWire in 2014, their first electric endeavor. The LiveWire series ended up being spun off into a separate company in 2021, so even though Harley-Davidson is pretty traditional with their motorcycle designs, their sister-company could certainly push out a hybrid beast like the Street Fighter! 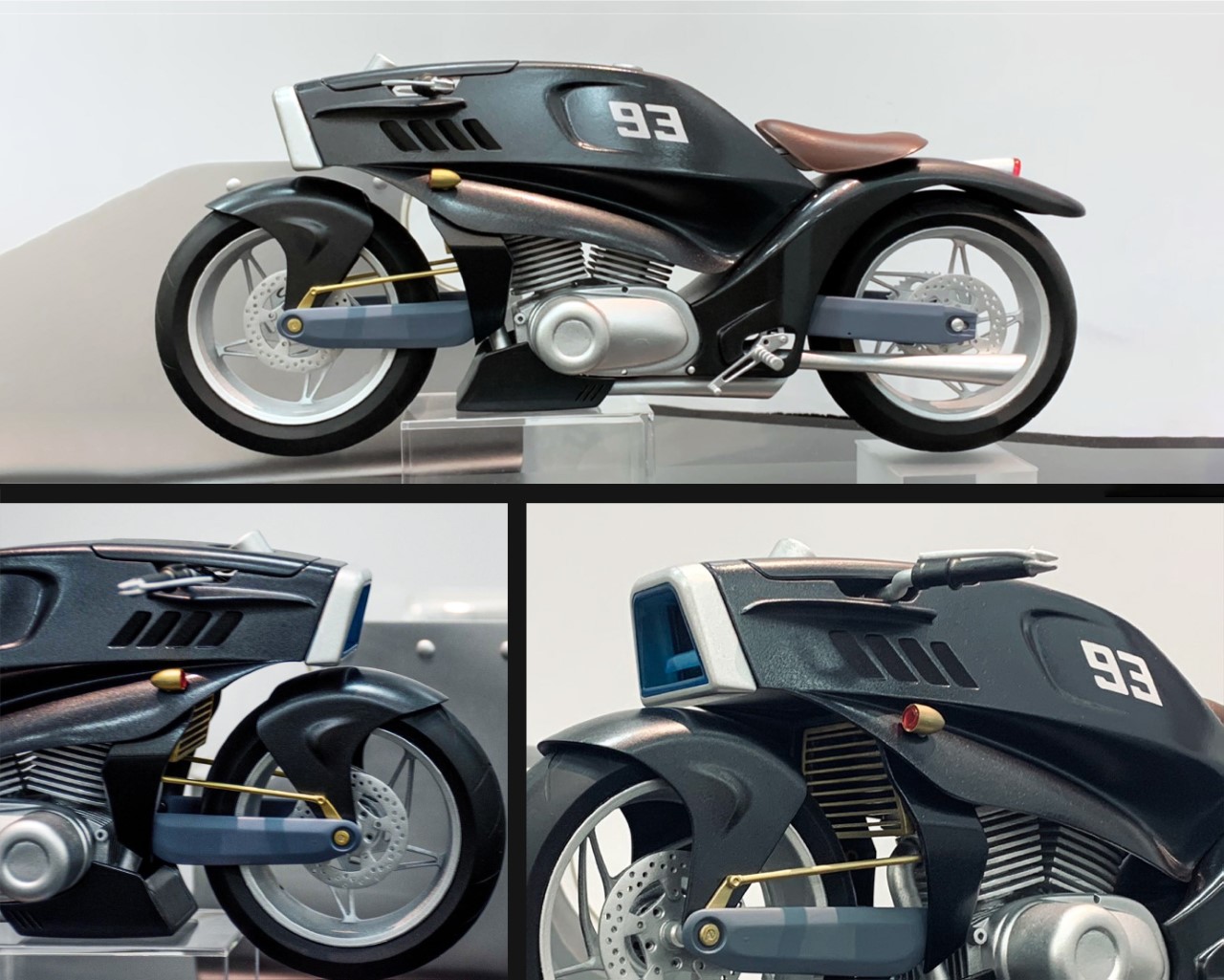 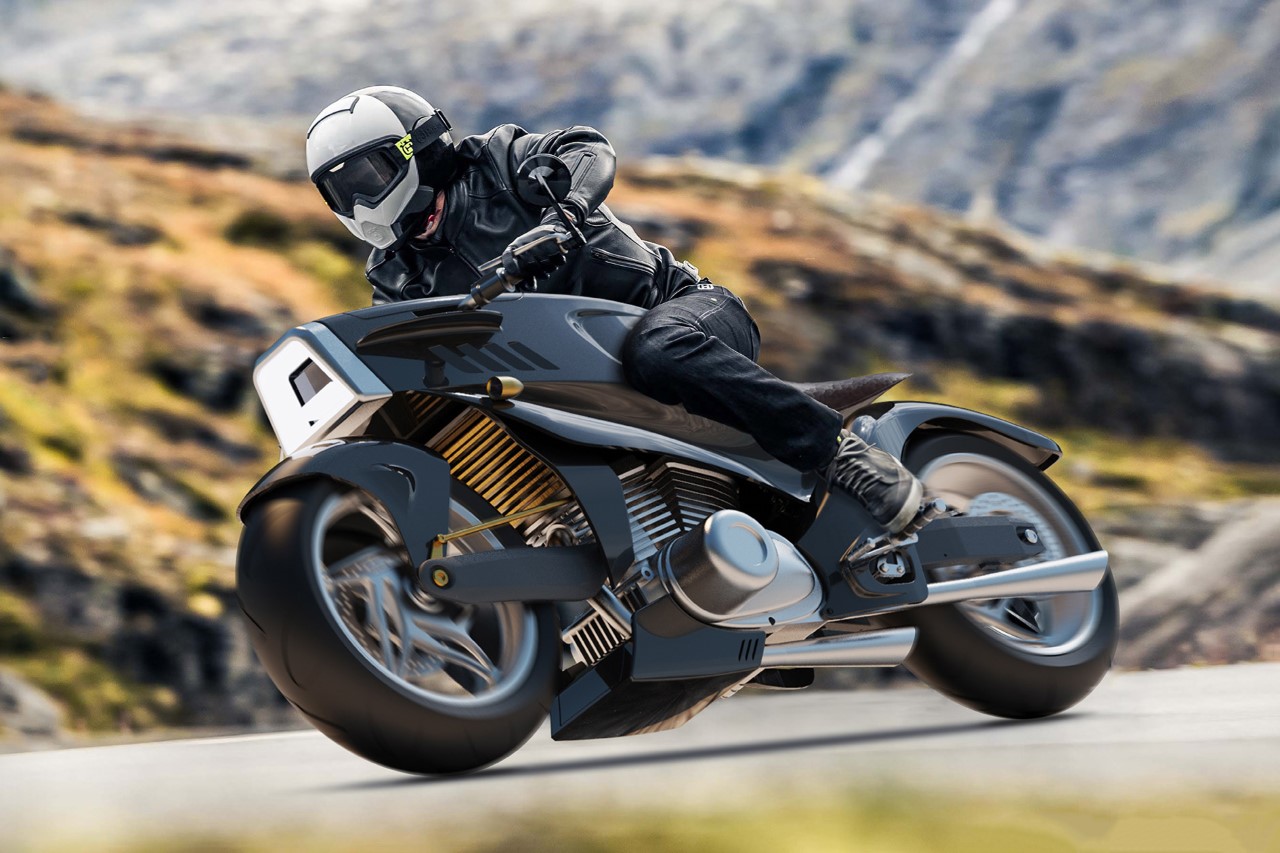 While our ultimate goal as a species is to prevent sea levels from rising and drowning civilizations, there is a slight concern about how we…

The Sweden-based electric motorcycles maker CAKE has revealed their latest last-mile delivery and professional applications’ electric bikes for every type of user. Unveiled at the…

Vintage things have their own charm – no doubt collectors fancy them having at any cost, especially if you are a fat-pocketed individual. It is…

The Most Versatile Scooter Ever?