The coolest cube ever… after probably Ice Cube.

Meet HyperCube Nano, a tiny tabletop toy that shines with the power of a thousand diamonds. Thanks to the use of colorful LED strips and two-way mirrors, the HyperCube Nano turns a boring geometric shape into an endless source of wonder and whimsy. Working almost like a parallel-universe kaleidoscope, the HyperCube Nano is a small, handheld cube made from two-way mirrors with LED strips running along the inside of all the edges. When powered on, the LEDs come to life and reflect off the insides of the cube’s mirrored surface. You, the observer, get to view this from the outside, seeing thousands (if not millions) of LED reflections within the cube… almost like staring into hyperspace. 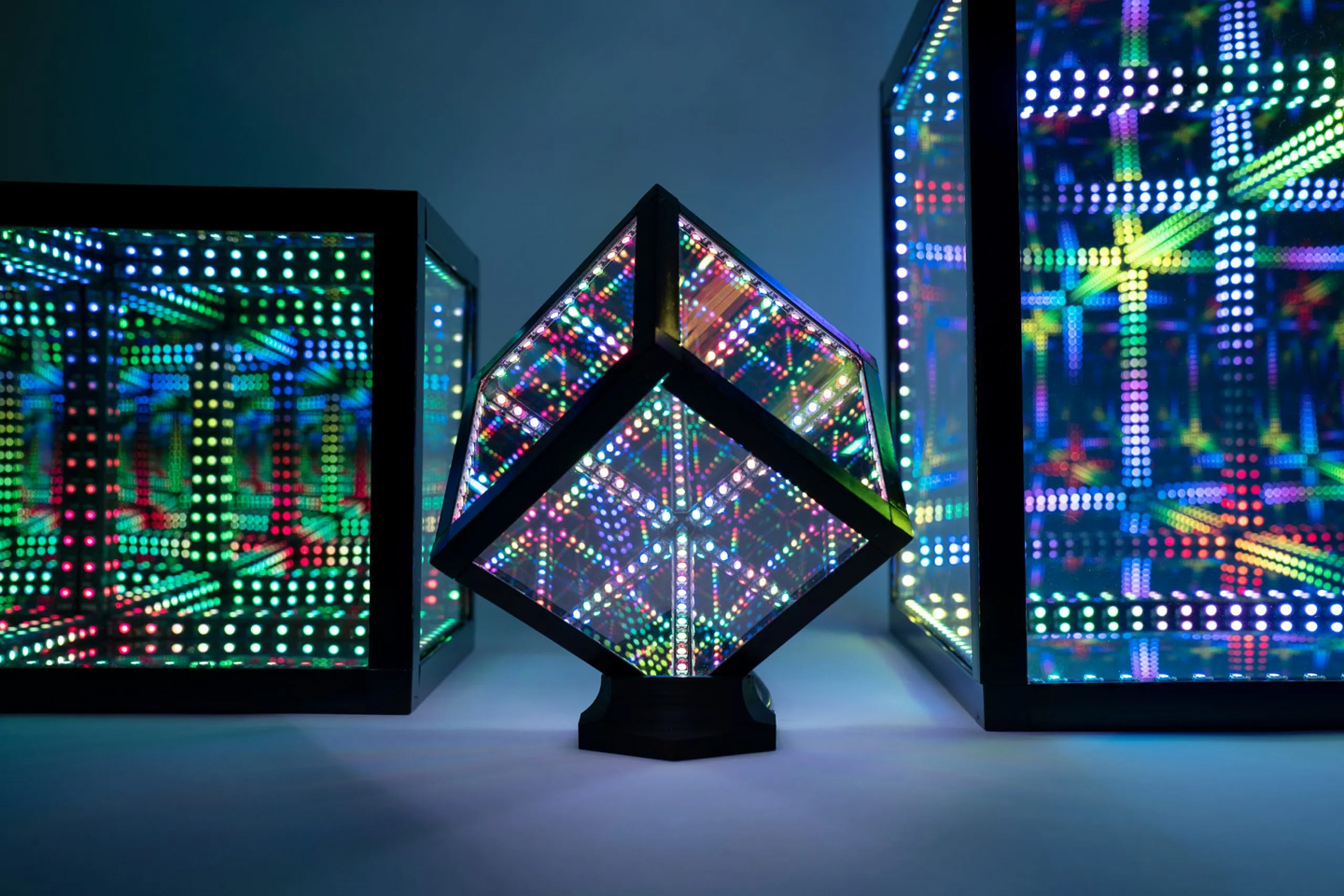 Following the success of the original HyperCube, creators Dylan Lovinger and Timothy O’Connor decided to build a smaller, more compact version of their original LED-based reflective cube. While the original HyperCube is available in two sizes – 10x10x10 inches and 15x15x15 inches, the Nano is much smaller, measuring just 5.5 inches on each side. It’s perfect to carry in your palms and comes with its own stand that lets it perch on a single vertice, looking like the cube’s pretty much about to start levitating. 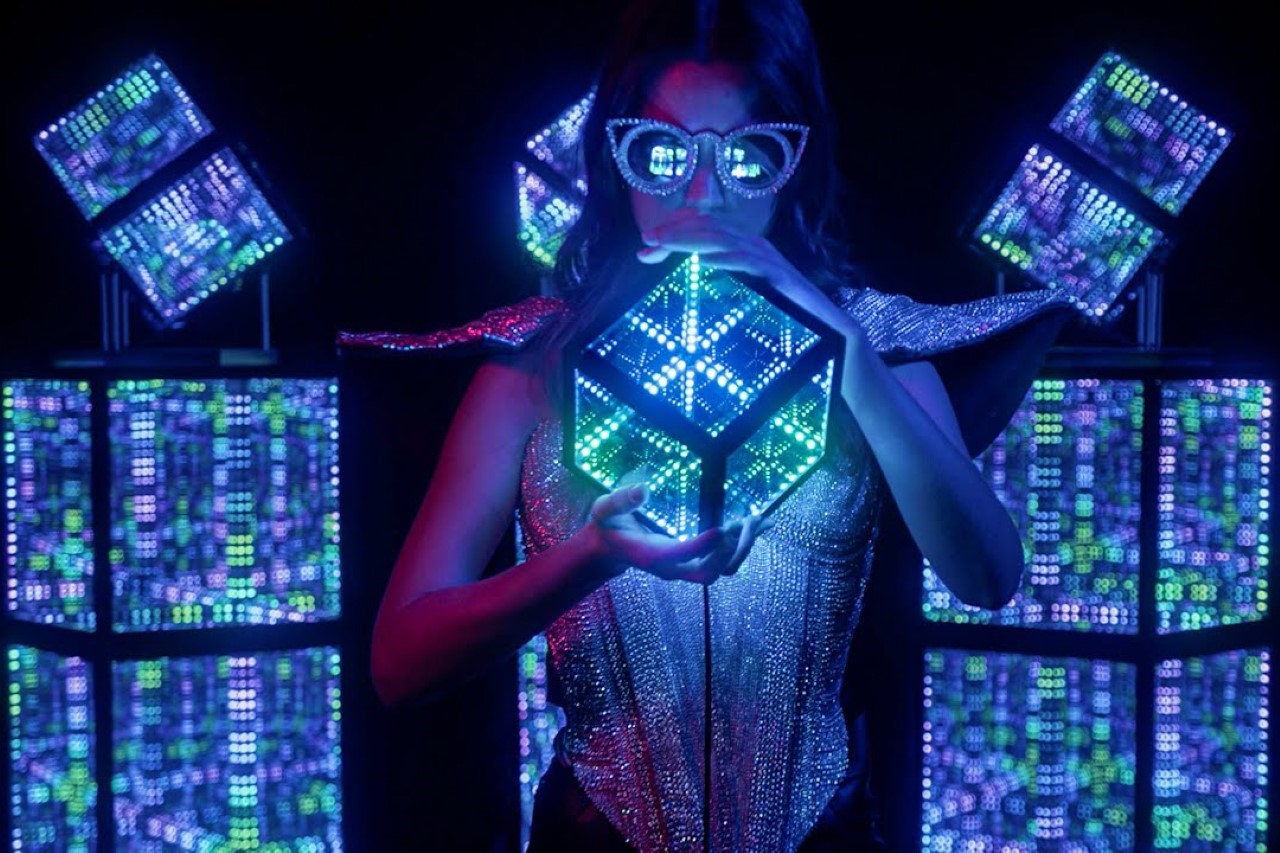 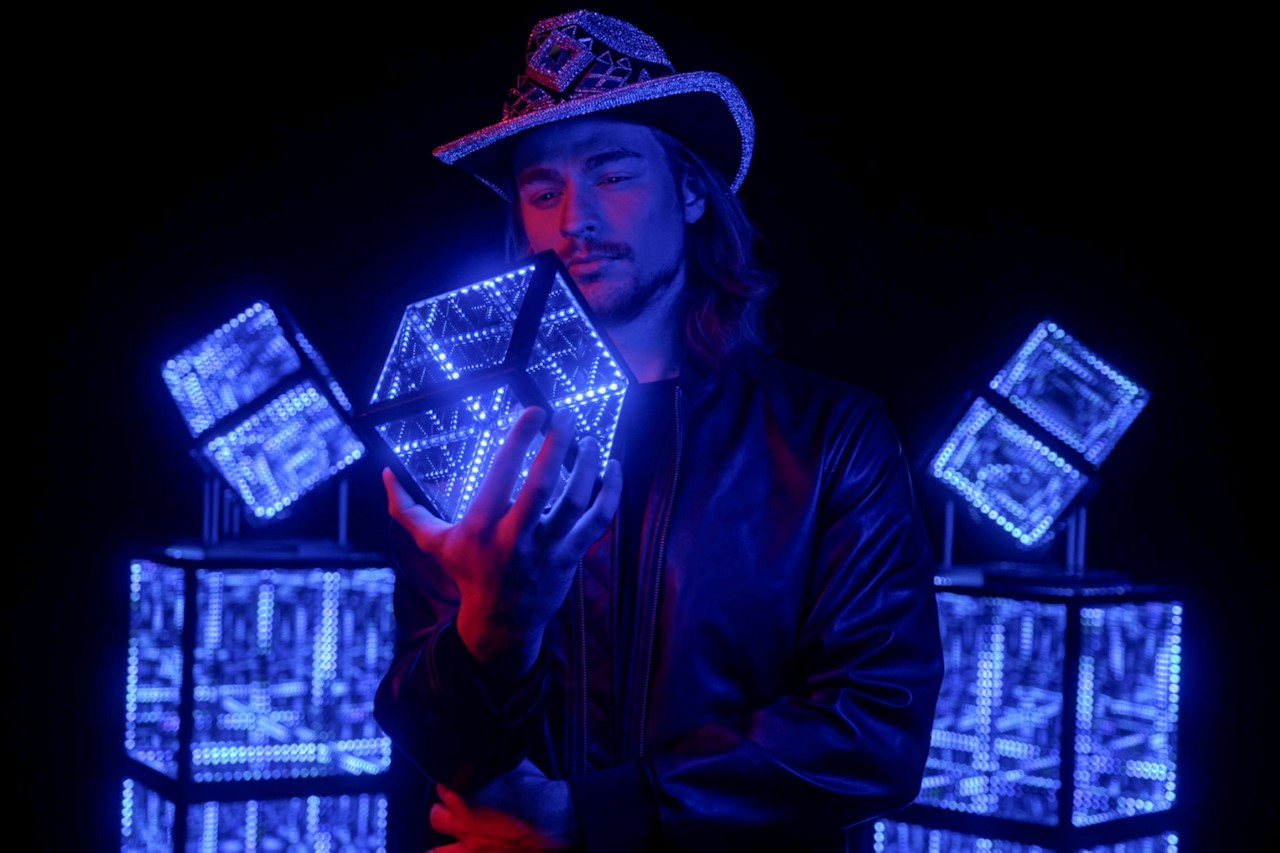 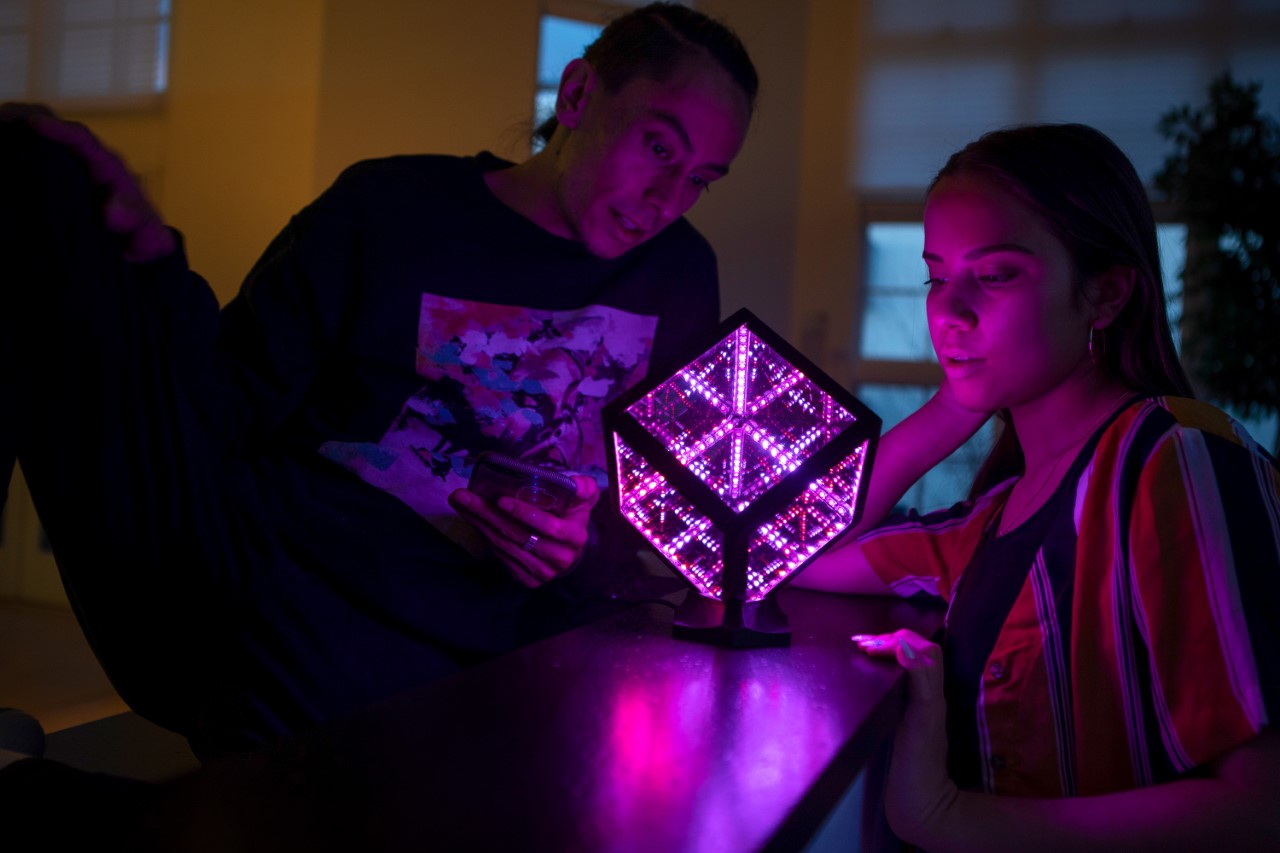 The HyperCube Nano connects with your smartphone to unlock its functions (in part to make sure that there are no buttons or controls on the minimalist cube). The smartphone app lets you choose between 3 lighting modes – Kaleidoscopic, Meditative, and Reactive, and as many as 95 patterns that explore color, orientation, and symmetry. You can also customize patterns, adjust their speed or symmetry, or just choose your own LED color and the cube will respond instantly… however, if you want more from your HyperCube Nano, it’s ‘Reactive’ mode is perhaps its most impressive. 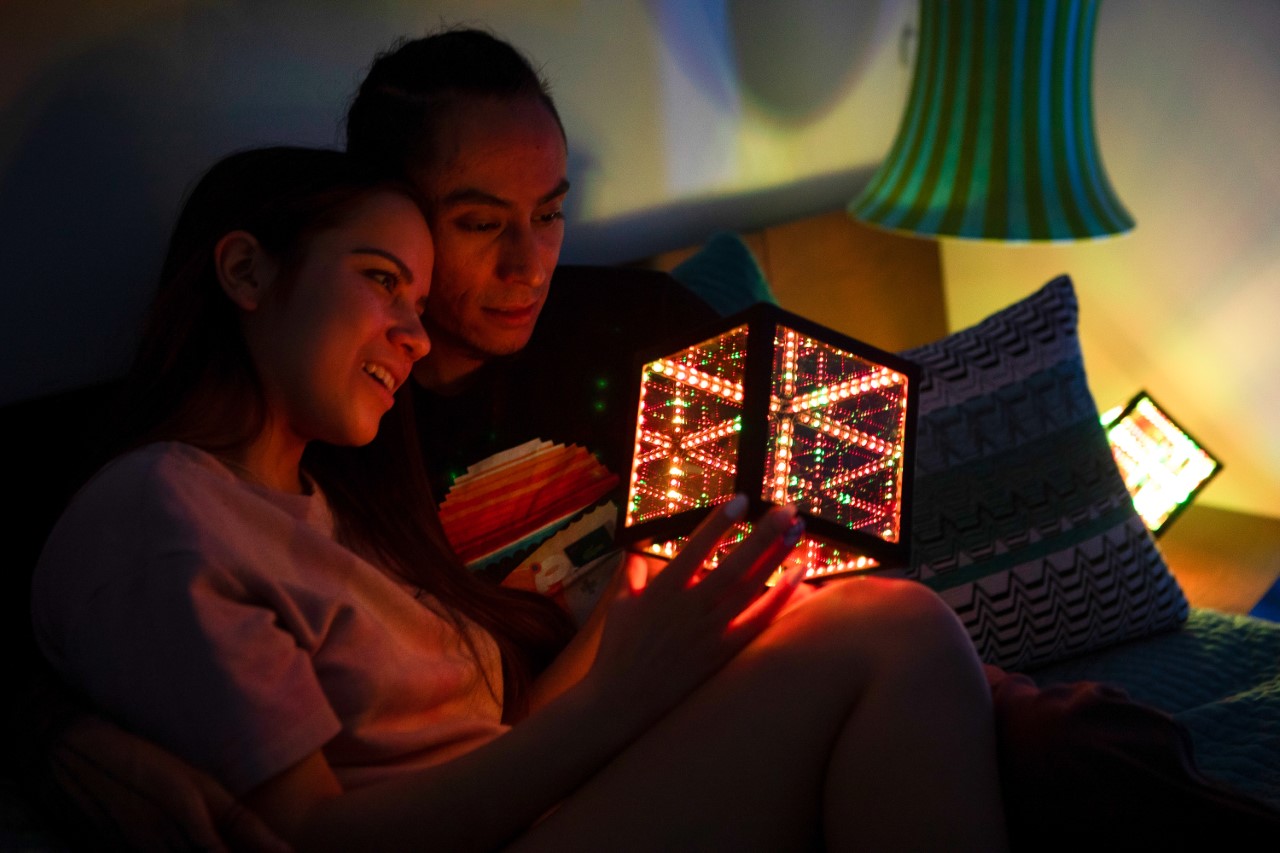 In the Reactive mode, the HyperCube Nano responds dynamically to sound. Microphones within the cube pick up on audio around you, and the LEDs respond appropriately to them, taking into consideration not just the beat and the volume, but also the highs, mids, and lows. In the Reactive mode, your HyperCube Nano literally becomes an equalizer/visualizer that turns sound into trippy visuals, making for a rather interesting tabletop accessory when you’re listening to music. It also means infinitely cooler house parties, and if you’ve got multiple HyperCube Nanos, you can even synchronize them to turn a dance floor into a multisensorial “electroluminescent symphony”! 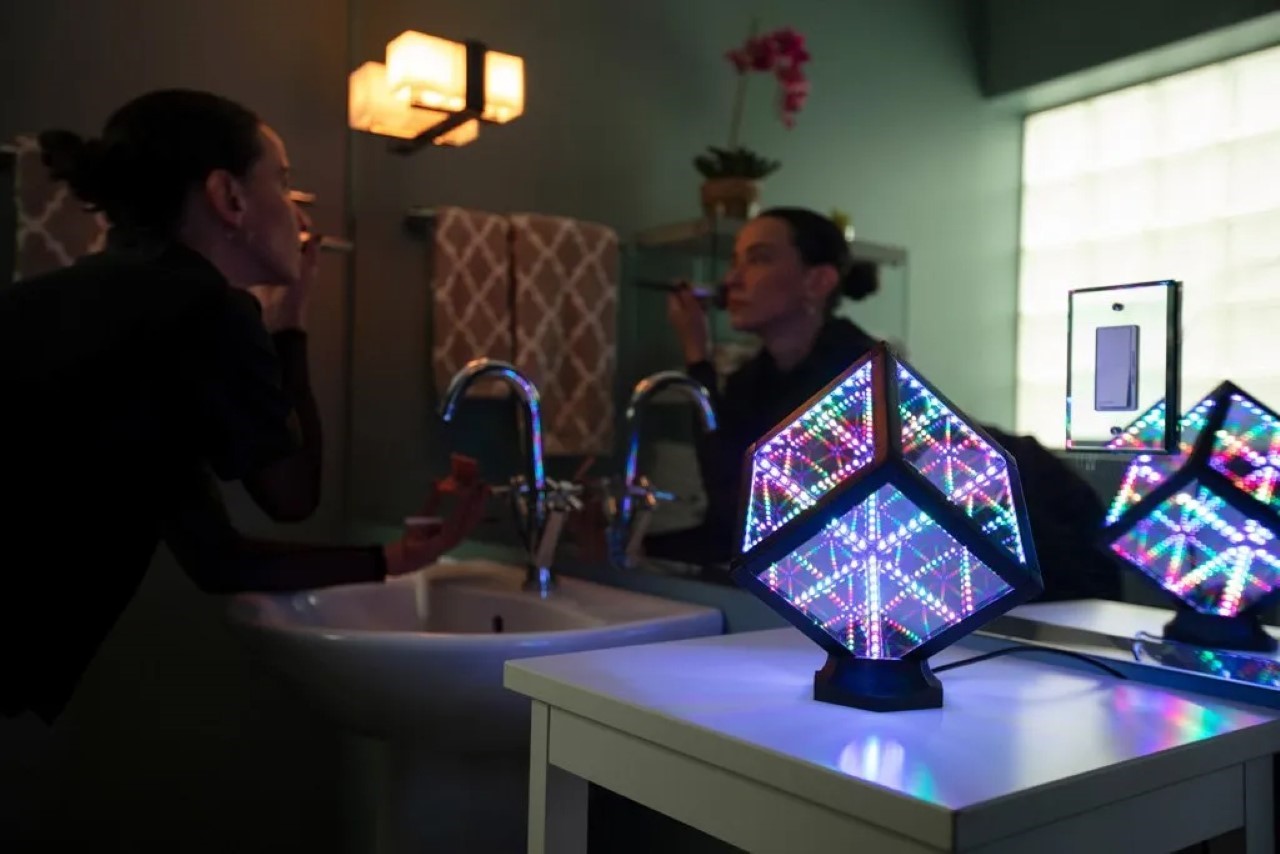 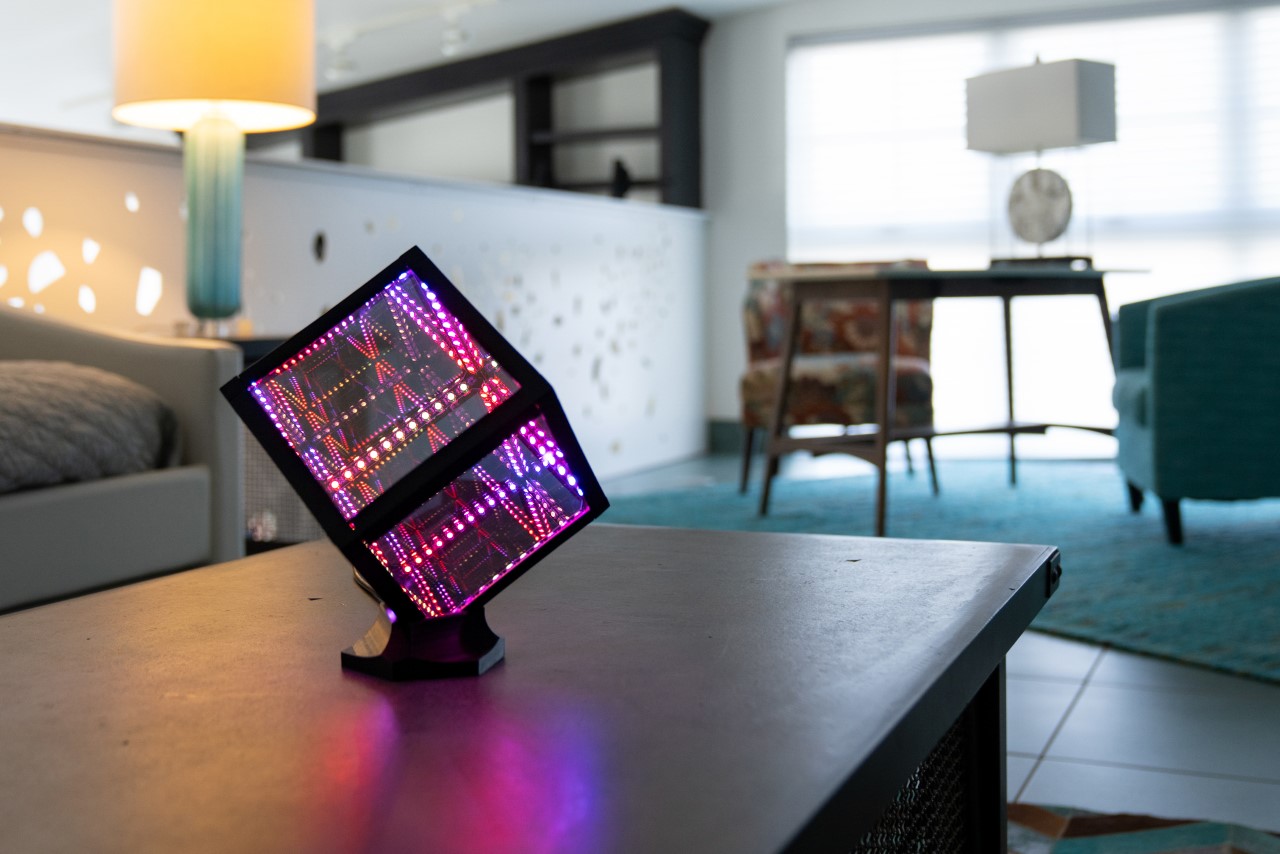 Each HyperCube Nano comes with an optional PowerStand that doubles up as a charging pod, allowing you to juice your cube using a USB-C cable. Priced at $150 for the Early Bird edition, you can grab your HyperCube Nano on Kickstarter. The HyperCube Nano ships globally and comes with a 1-year warranty. 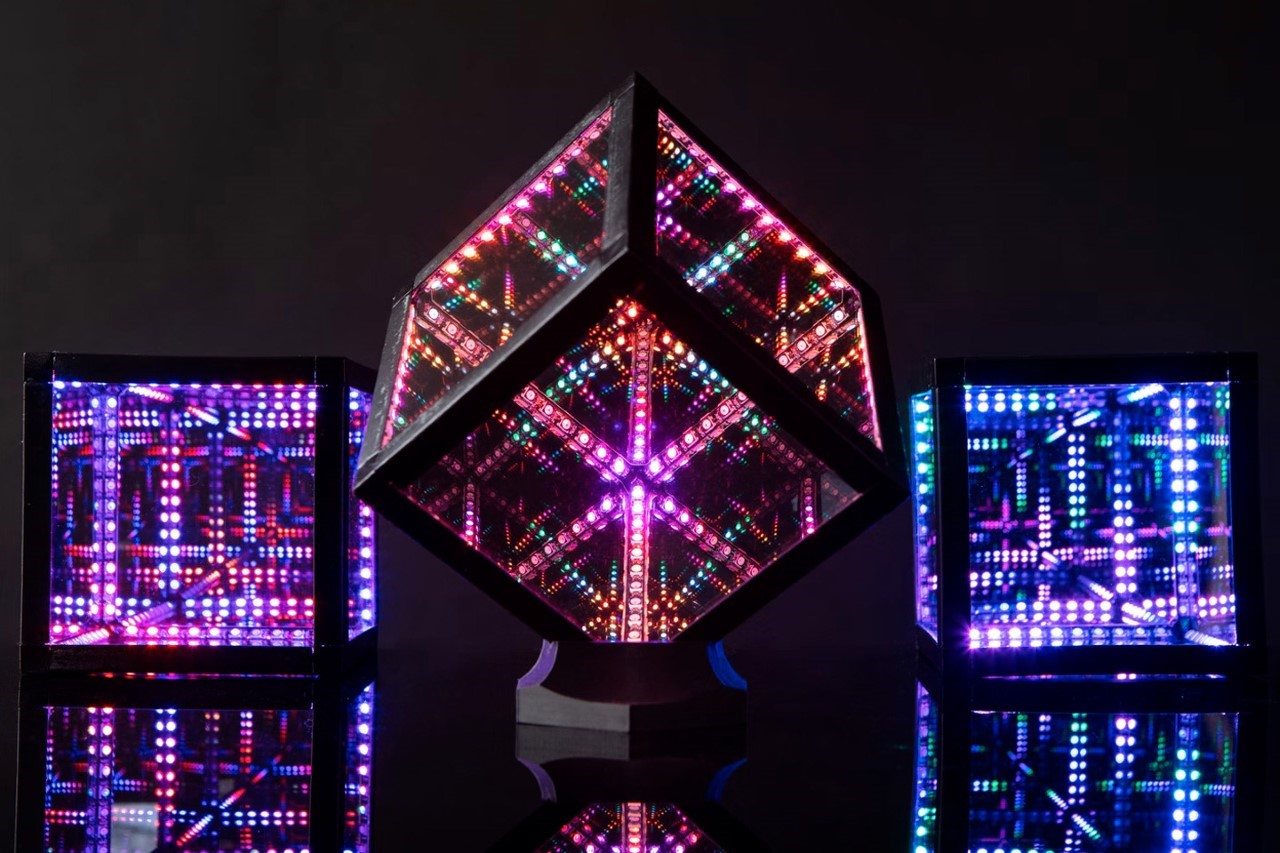 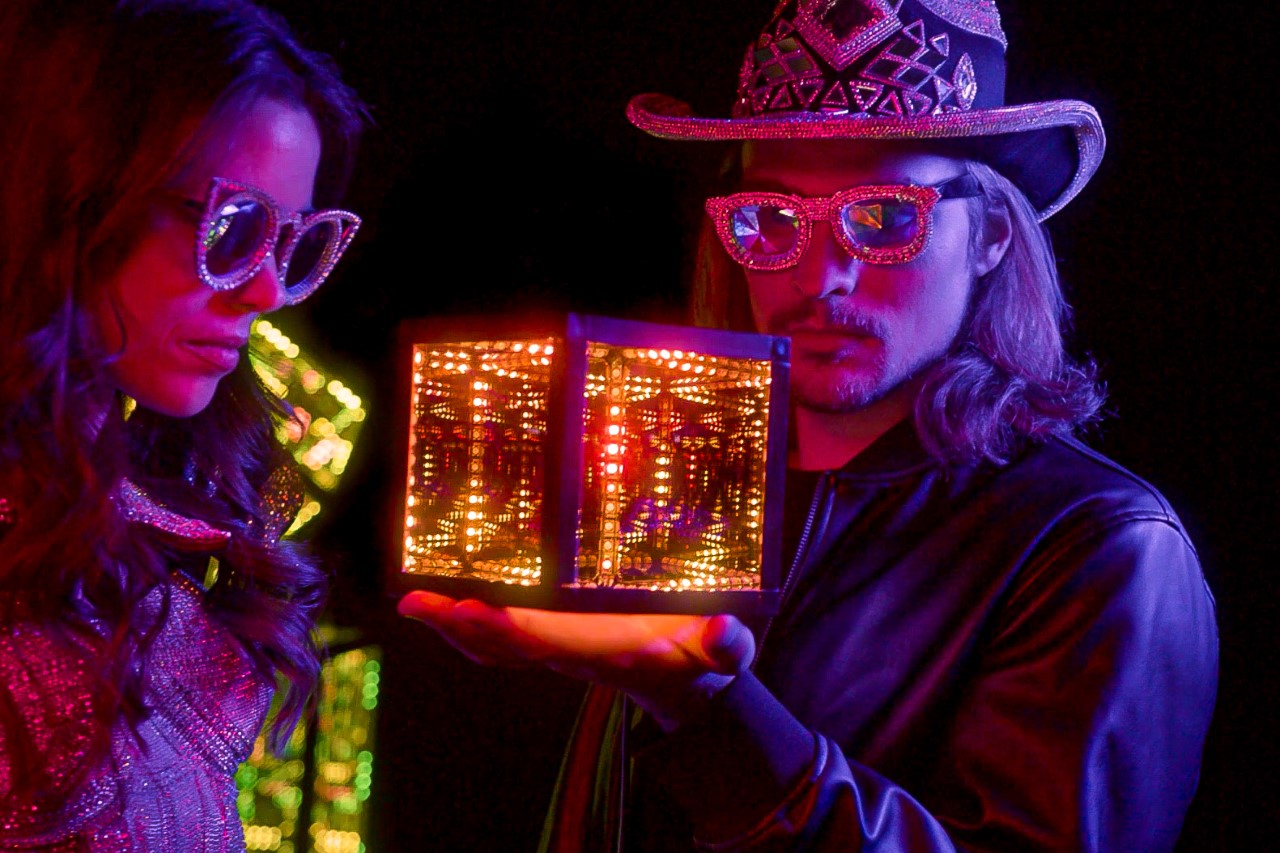 This intuitive wooden pen holder solves cleanup woes on messy art days and is designed to last a lifetime!

Painting gets messy, especially when you have kids. Without regard for the new floor carpet or optic white-stained china cabinet, the whole room is their…

Do you remember how as kids (and me as an adult too!) you would lie down on the grass and looked at the sky to…

Tea drinking and brewing is an art form often patronized on YD. Adding to our growing list is this delightful Turtle Tea Kettle. The kettle…