As expected, Apple announced the new MacBook Air right at the start of its week-long developers’ conference, but, also as expected, it managed to throw in a few new surprises that changed the tone for its hardware reveal. Yes, some of the last-minute rumors were on point, disappointing some who had hoped for a more colorful selection, but MacBook Air 2022 ended up turning heads, even with its more subdued hues, and was generally received well. As they say, the devil is in the details, so here is a quick rundown of what has changed in the MacBook Air’s design, both the good as well as the inevitable bad. 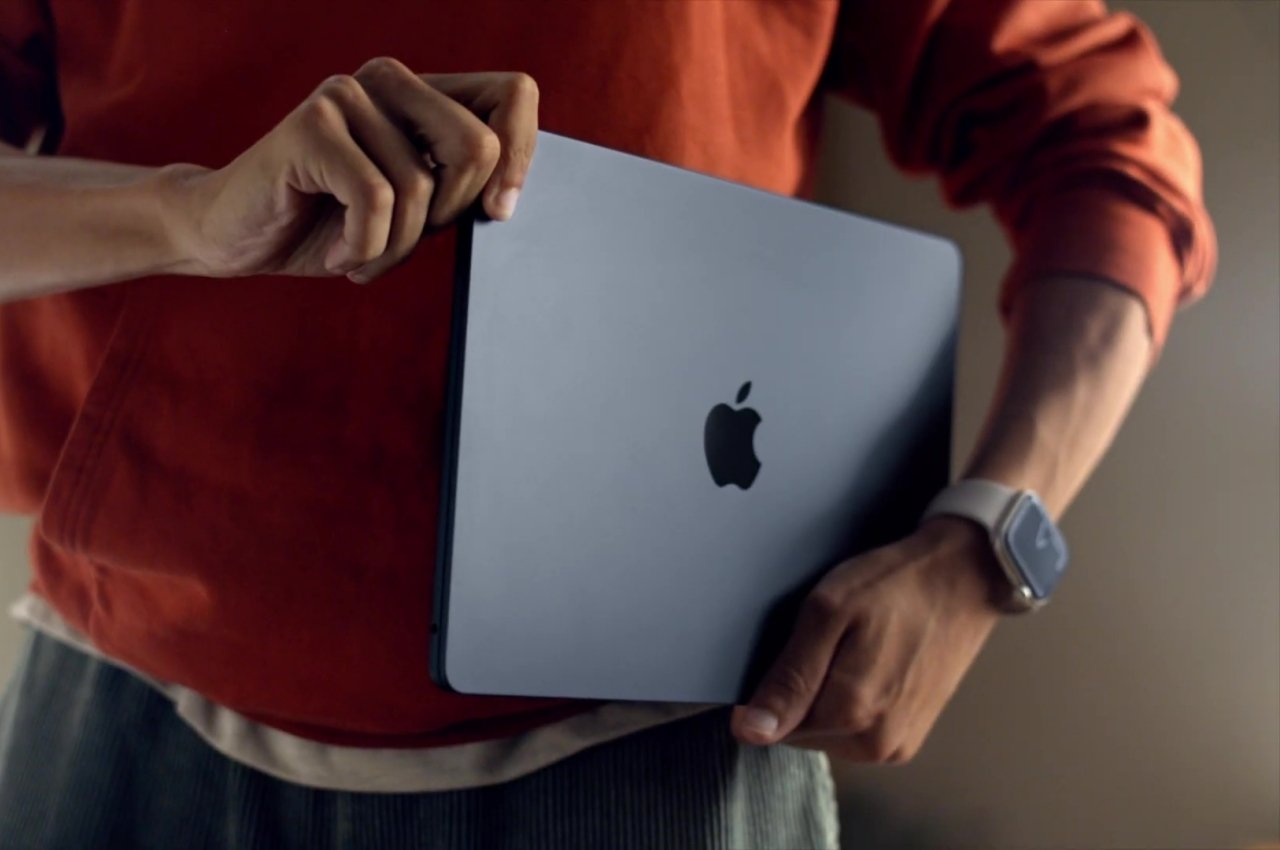 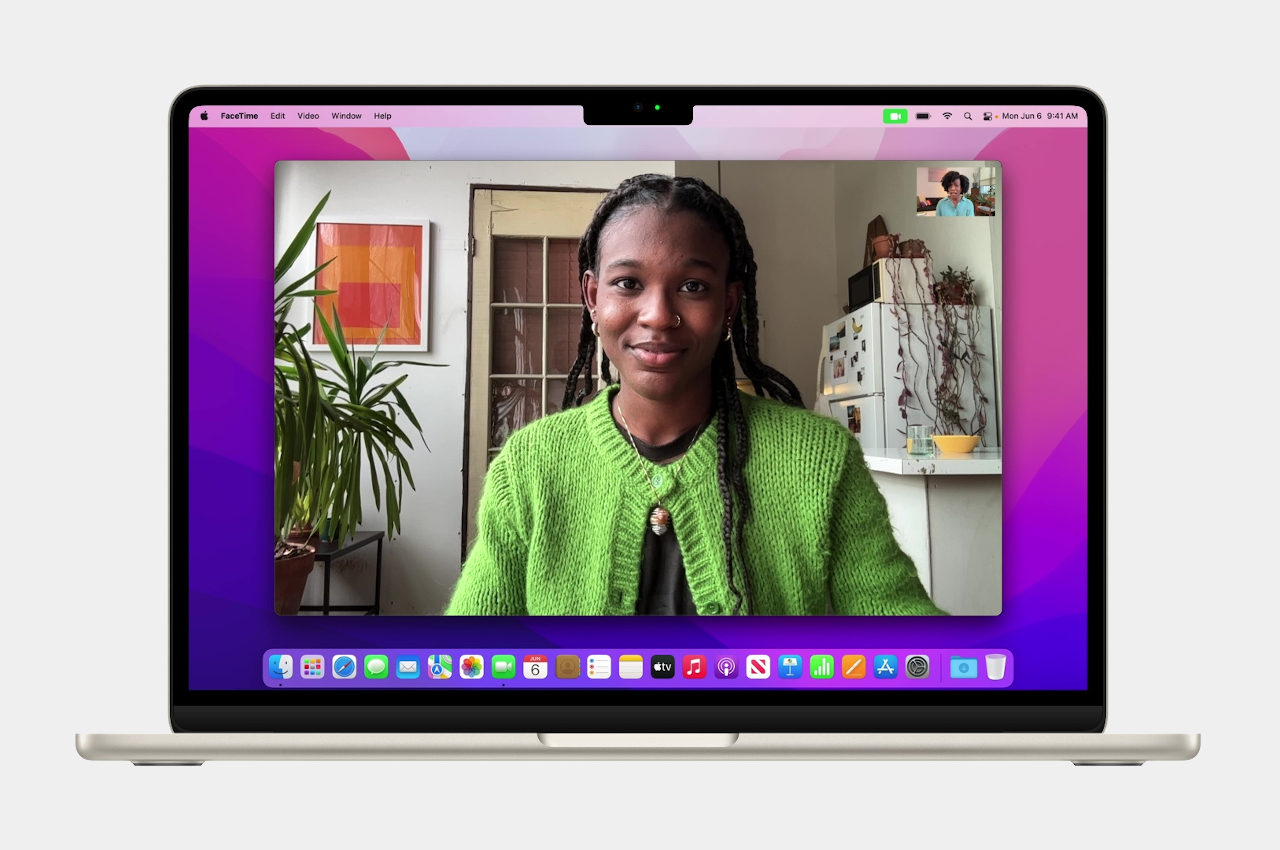 Power in a slim package

The MacBook Air has always been characterized as Apple’s slimmest and lightest laptop, but that also came with some compromises in terms of power. With the new Apple M2, however, the MacBook Air leads the trail with a newer and more powerful processor, though the bottleneck remains to be its 8GB of memory. The rest of the hardware package, however, is something befitting higher-end laptops, so this year’s MacBook Air definitely levels up its game. 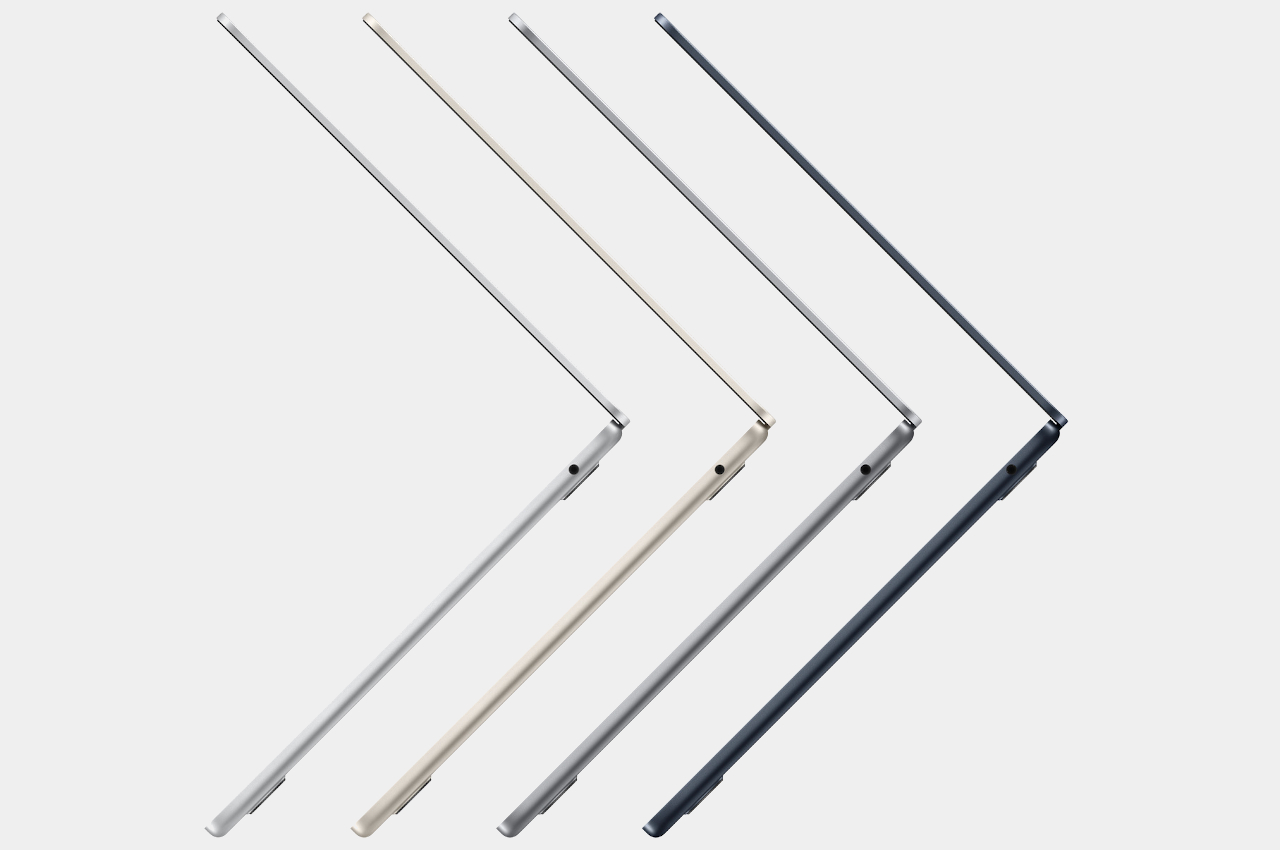 Despite those upgrades and its slightly larger 13.6-inch Liquid Retina Display, the MacBook Air gets to keep its title as Apple’s slimmest, at only 11.3mm thin and 2.7lbs light. This means that carrying all that computing power won’t be a literal burden, which does give the iPad Pro, which will be more macOS-like in the next upgrade, more competition.

Apple may have addressed some of the biggest complaints and criticisms about the MacBook Pro, but it also introduced a new one last year. The notch has found its way to MacBooks, and, unsurprisingly, it’s also here on the new MacBook Air. And as with any new Apple design, it will be around for a few generations before the company ever turns around. 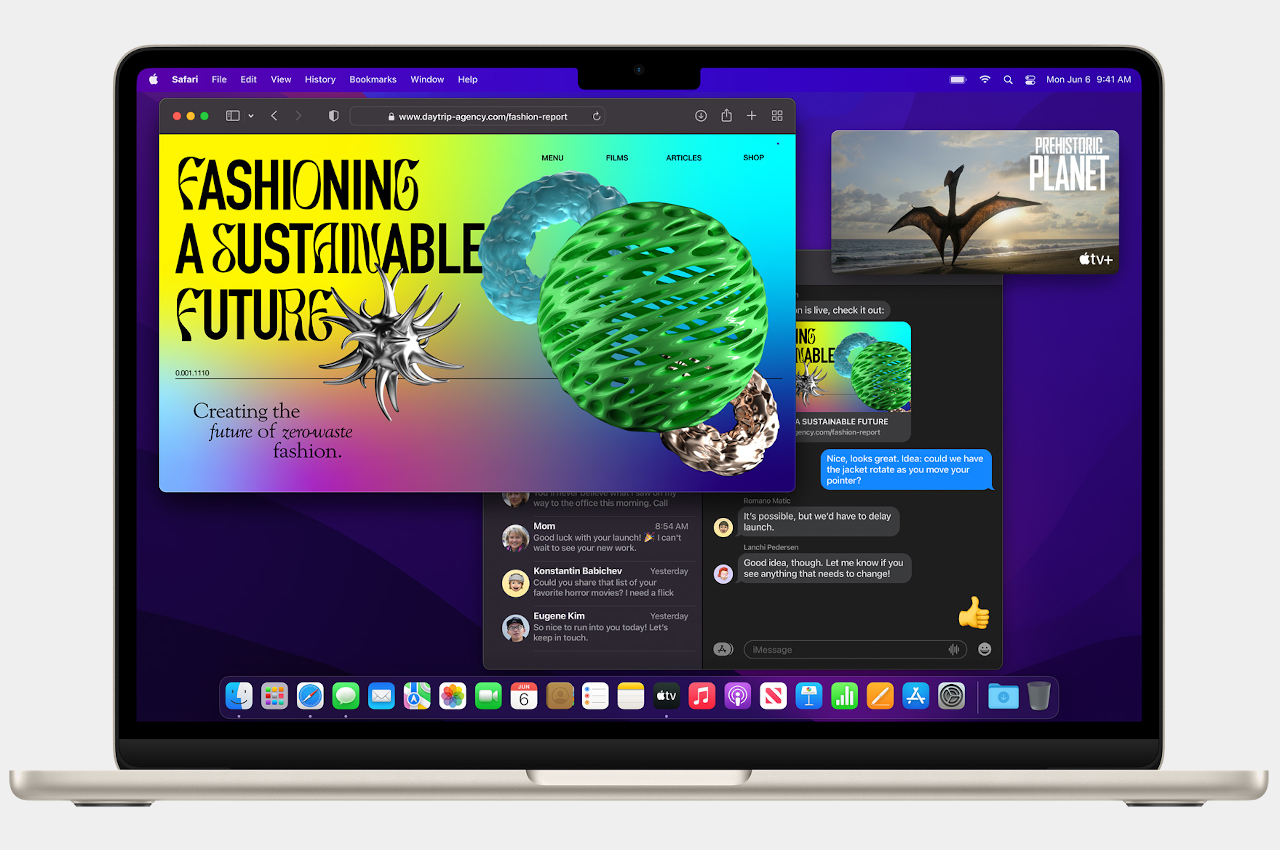 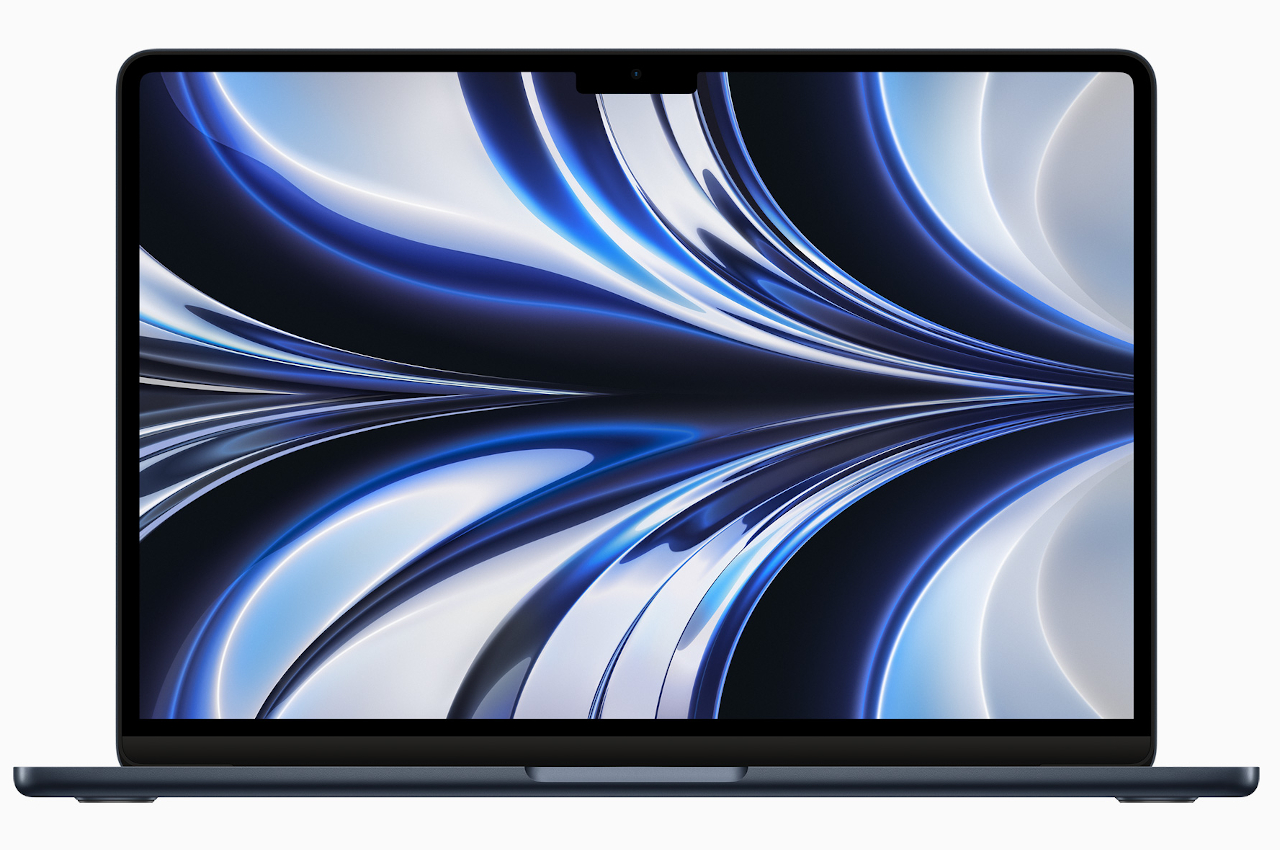 The notch is what allows the MacBook Air 2022 to have a slightly larger screen without downsizing the Face ID camera. In fact, that camera just got upgraded to 1080p, so that may actually be worth the design sacrifice, in this case, especially considering how often laptop users are subjected to video meetings. There are ways around that notch, but it’s not as convenient as what you’d see on Android phones, so it will be one of the biggest things to get used to when switching to the newest MacBook Air.

While the notch was really expected to be inevitable, there were still some that held out hope that the MacBook Air would follow the path of the colorful new iMacs. Sadly, Apple dashed all hopes and finally put all rumors to rest when it revealed only four colors for the MacBook Air 2022. That’s admittedly one color more than usual, but the selection isn’t exactly that groundbreaking anyway. 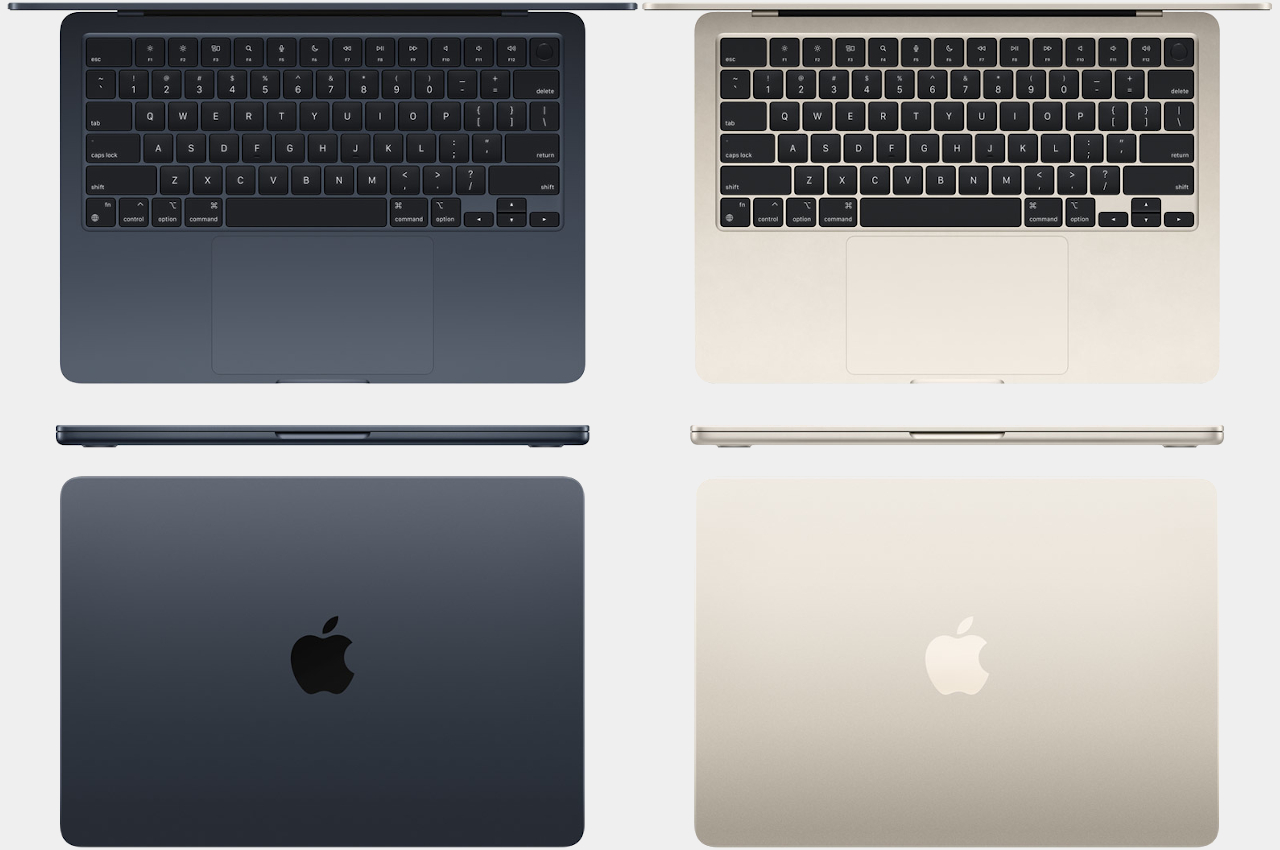 Joining the standard Space Grey and Silver are Starlight and Midnight. Starlight is really more like the old Gold, except with a more champagne-like shade, while Midnight is a very dark and deep hue of blue. The latter two could probably be the bestsellers given their novelty, but it won’t be surprising if more expressive owners continue to patronize third-party skins and decals to make their new MacBook Air stand out.

The new MacBook Air ushers in a new age for Apple’s lightweight notebook, but it also does so in an almost ironic way. It brings back a few features it shed off in the past, almost like a vindication of the technologies the company shunned for a while.

As with the MacBook Pro, the MagSafe charging connector makes a return to the side of the MacBook Air 2022, delivering stress-free and accident-safe charging back to Apple’s laptop line. It can still charge over USB-C, of course, and the braided MagSafe cable itself uses a USB-C plug on the other end. Still, it might be comforting to long-time MacBook fans to know that an iconic feature has made its way back home. 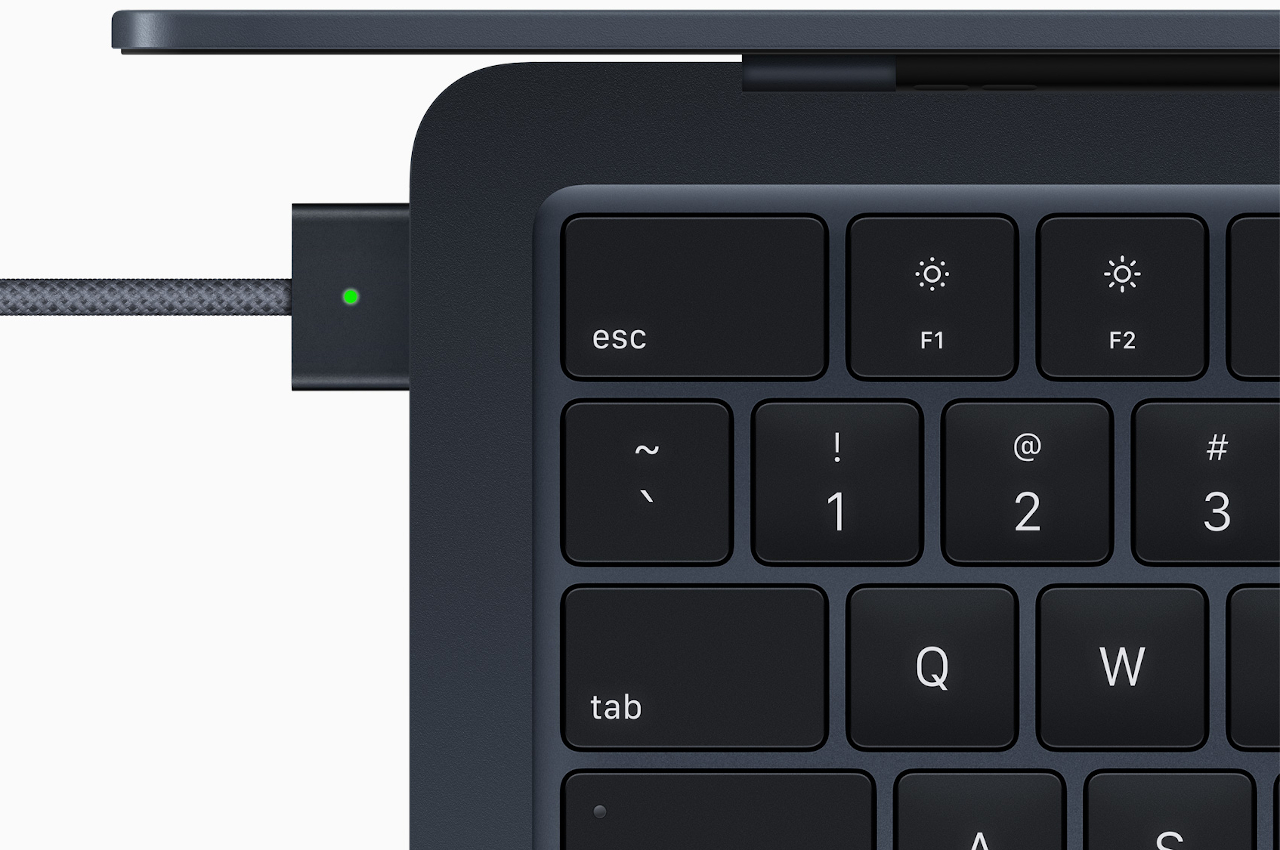 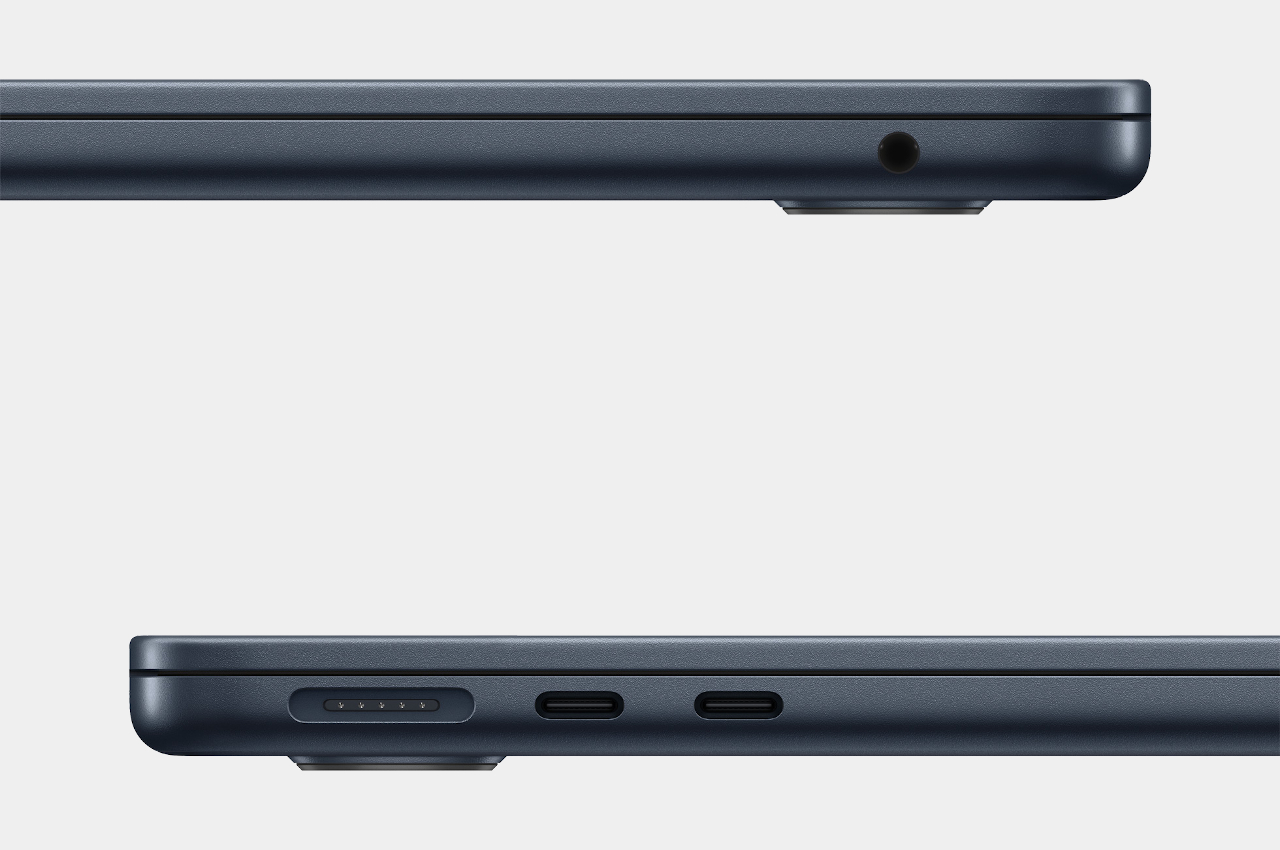 And for those worrying that Apple will turn the MacBook Air into an iPad Laptop, the presence of the 3.5mm headphone jack proves otherwise. Some might consider it a small matter, but it leaves up USB-C ports for more critical connections and avoids the stress of having to deal with Bluetooth.

In addition to the revival of the MagSafe charging connector, Apple also introduced what is pretty much its first dual-port USB-C charger, both in compact and standard form. This charger comes with a higher-specced MacBook Air 2022, while the base model only gets the standard 30W charger. Things get a bit confusing here, though, because Apple also laid out a few gotchas and options. 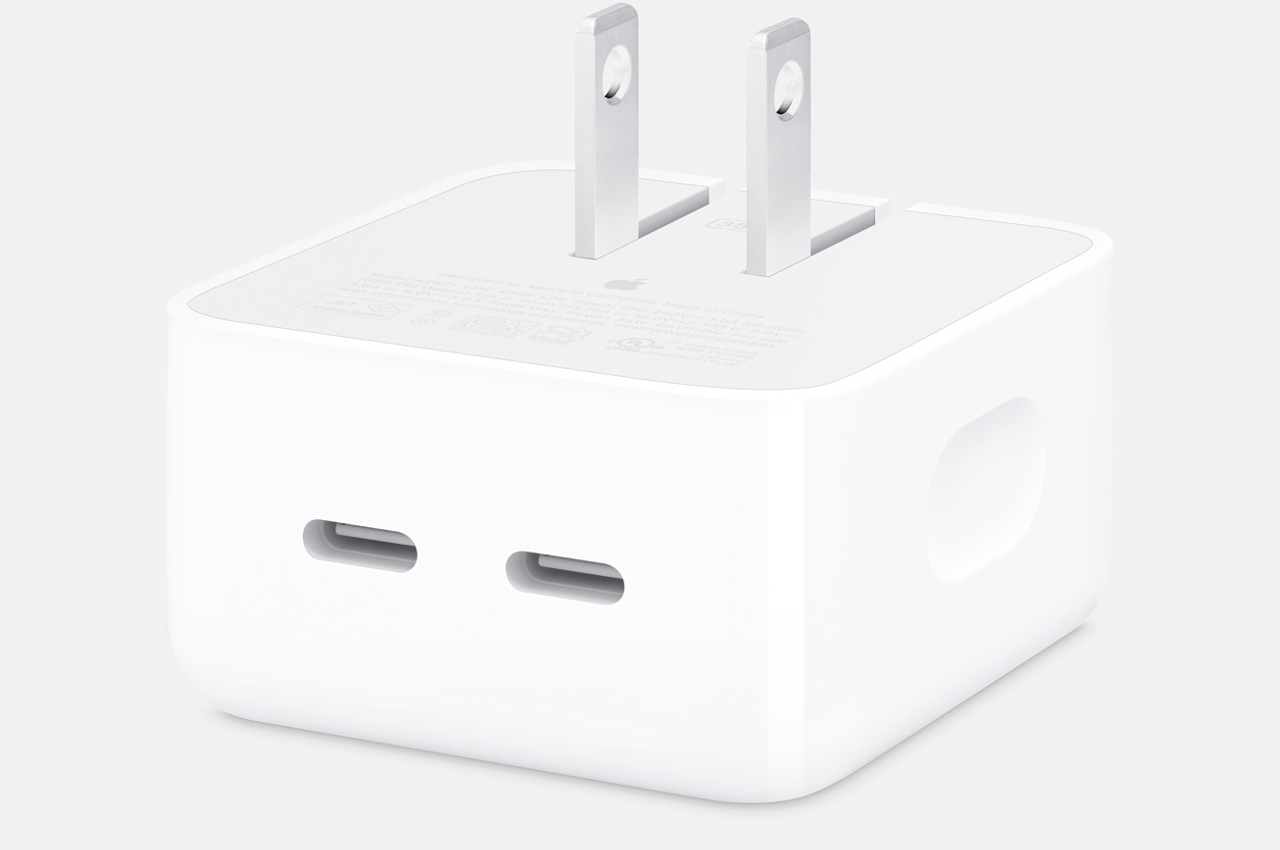 For one, despite the two USB-C ports, the 35W dual-port charger won’t be able to support the fastest MacBook Air charging capacity. It also means that already modest power output will be split between two devices if you try charging them simultaneously. If you want to take full advantage of the MacBook Air 2022’s fast-charging capabilities, you’ll have to buy Apple’s 67W charger. Even then, however, you have to make sure to use the MagSafe 3 charging cable to make that happen.

Apple definitely outdid itself in meeting expectations and then going beyond them with the new M2 MacBook Air. The lure of power in a slim profile is already enough for some Apple fans, but the addition of MagSafe 3 charging is definitely icing on the cake. Still, there are some places where we wished Apple did more, like in the color selection, while others probably wished the notch was never invented in the first place. Despite and because of all these, the MacBook Air retains its character as Apple’s most talented juggler, balancing the old and the new, the good as well as the bad. 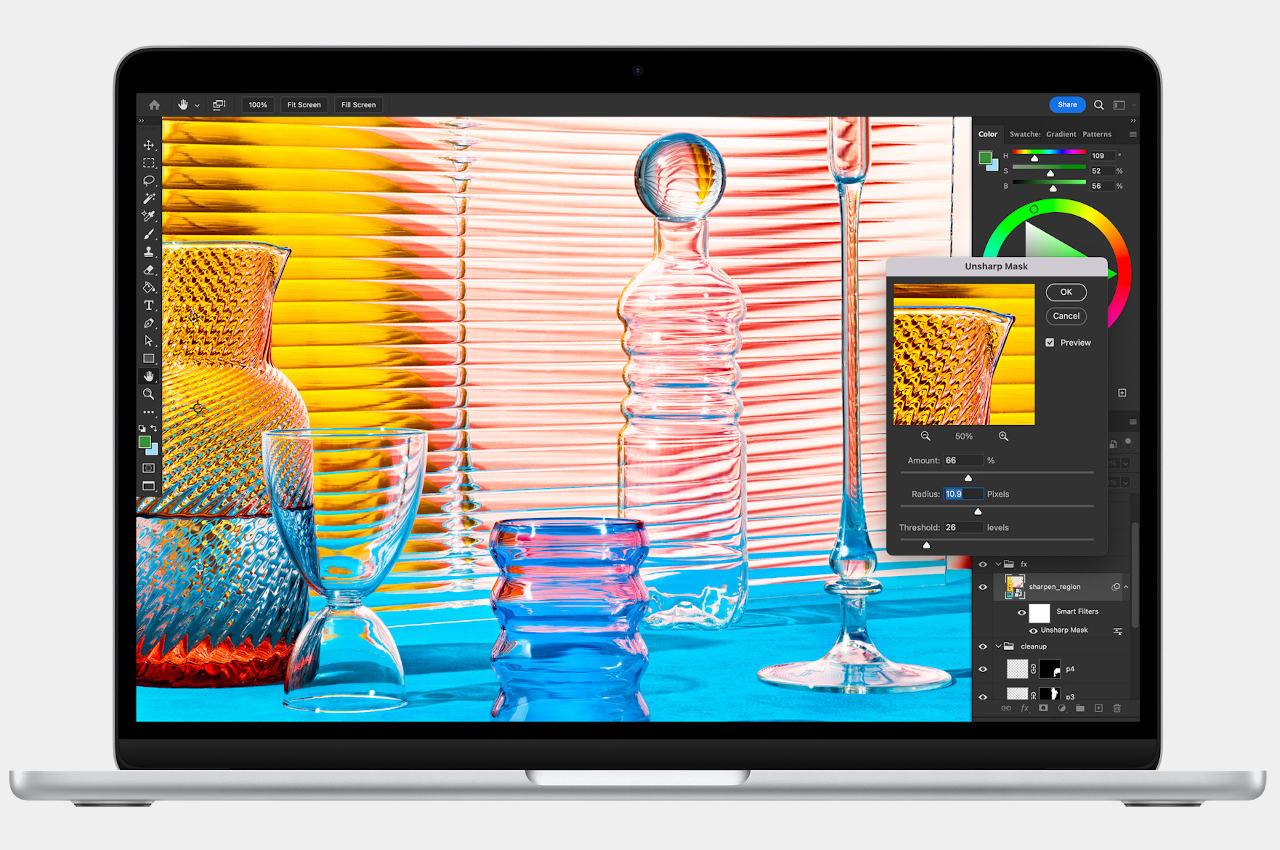 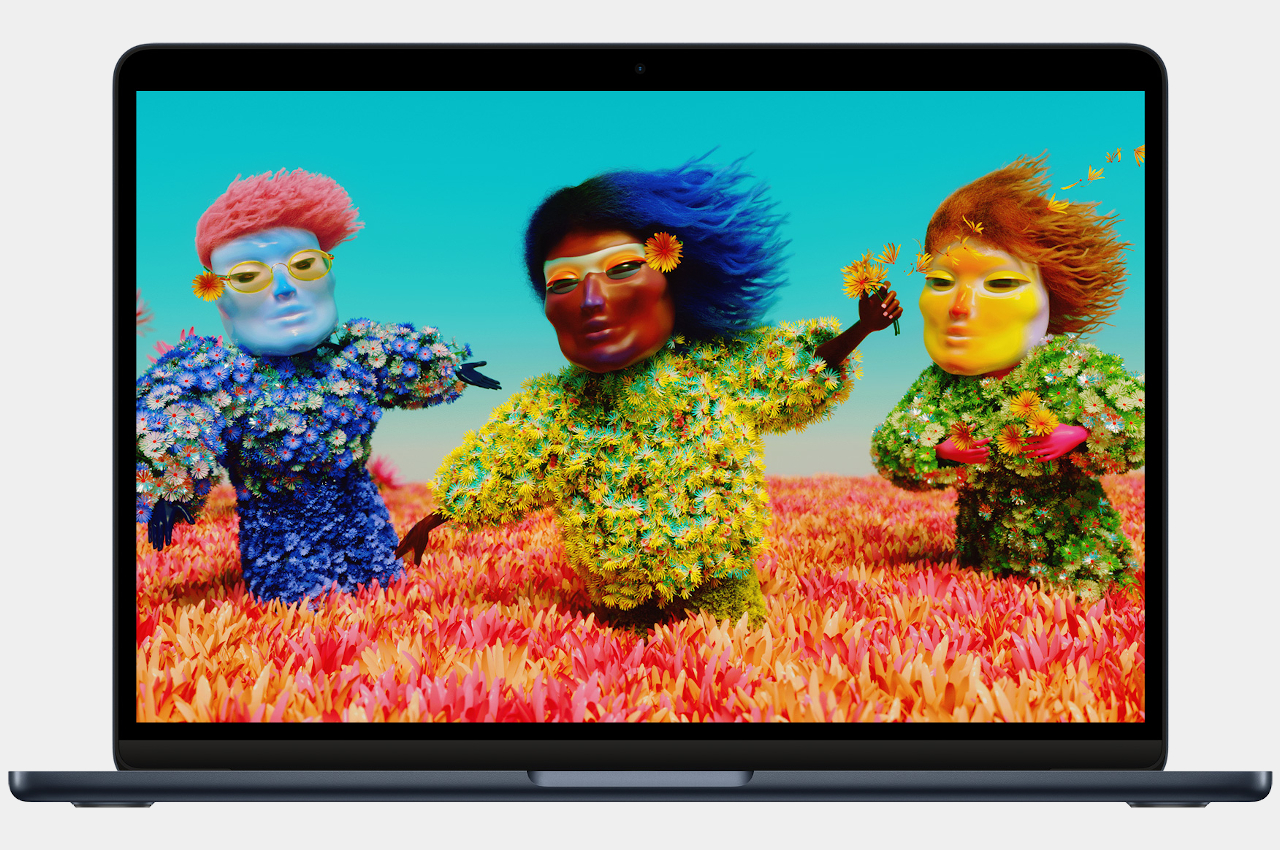 Michael Jantzen’s Great River Turbine is yet another hydroelectric power station that focuses on public outreach, allowing visitors to visit and witness first-hand the creation…

The Instant Cartridge Printer is an awesome idea modeled on the lines of how disposable cameras are dispensed. The plan is to buy a cartridge…

Made from a singular piece in multiple materials and various colors, each Bliss table is produced by genuine craftsmanship and can be customized to be…

The Futura lighting by Hangar Design and Vistosi have an interesting aesthetic. Off the first glance, I’m reminded of Harman Kardon’s Aura speakers that created…