Created by MOFT, the pioneers of the original invisible laptop stand, the new MOFT Cooling Stand uses a nanolayer of superconducting graphene that naturally cools down your laptop by pulling heat away from the surface. It also measures a mere 3mm in thickness (about as much as a credit card), becoming practically invisible when folded flat. Open it, however, and the MOFT Cooling Stand’s origami-inspired design can hold systems as heavy as 11 lbs, with the ability to adjust to two different angles for better cooling and visibility. 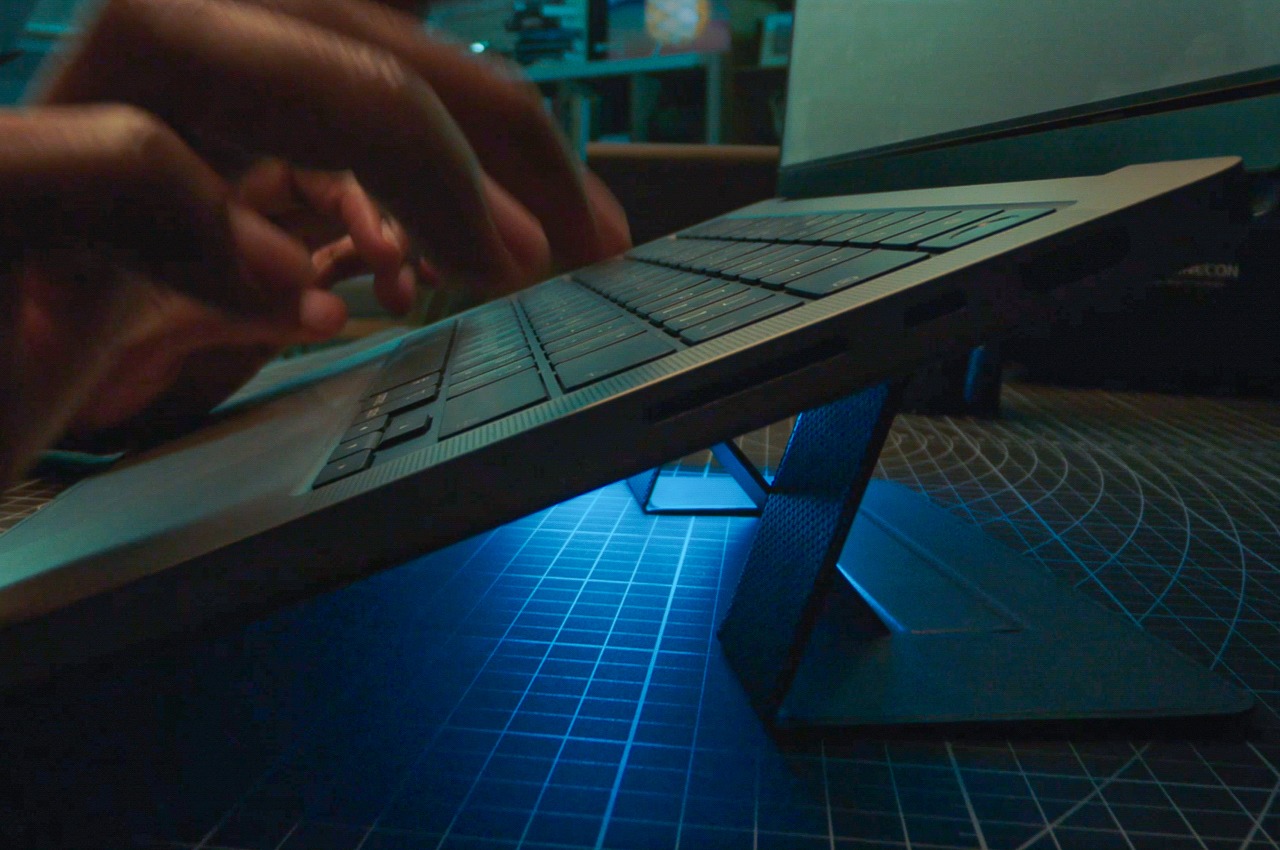 The MOFT Cooling Stand follows its 2018 predecessor’s design, proving just how effective the original ‘invisible laptop stand’ was. However, just like the shape of a memory card hasn’t changed in decades, but newer memory cards keep getting better by increasing their storage, MOFT decided to give their laptop stand new features by relying on better materials. The MOFT Cooling Stand now comes made from a much more durable ‘Tech Vegan Leather’ that’s resistant to scratches, spills, and regular wear and tear. THe MOFT Cooling Stand sits on your laptop using a repositionable PU Nano Traceless Adhesive lining, which means you can peel the stand off the laptop when you want (without leaving a trace) and put it back whenever you need a 100 times over. However, the Cooling Stand’s magnum opus remains its new cooling feature. 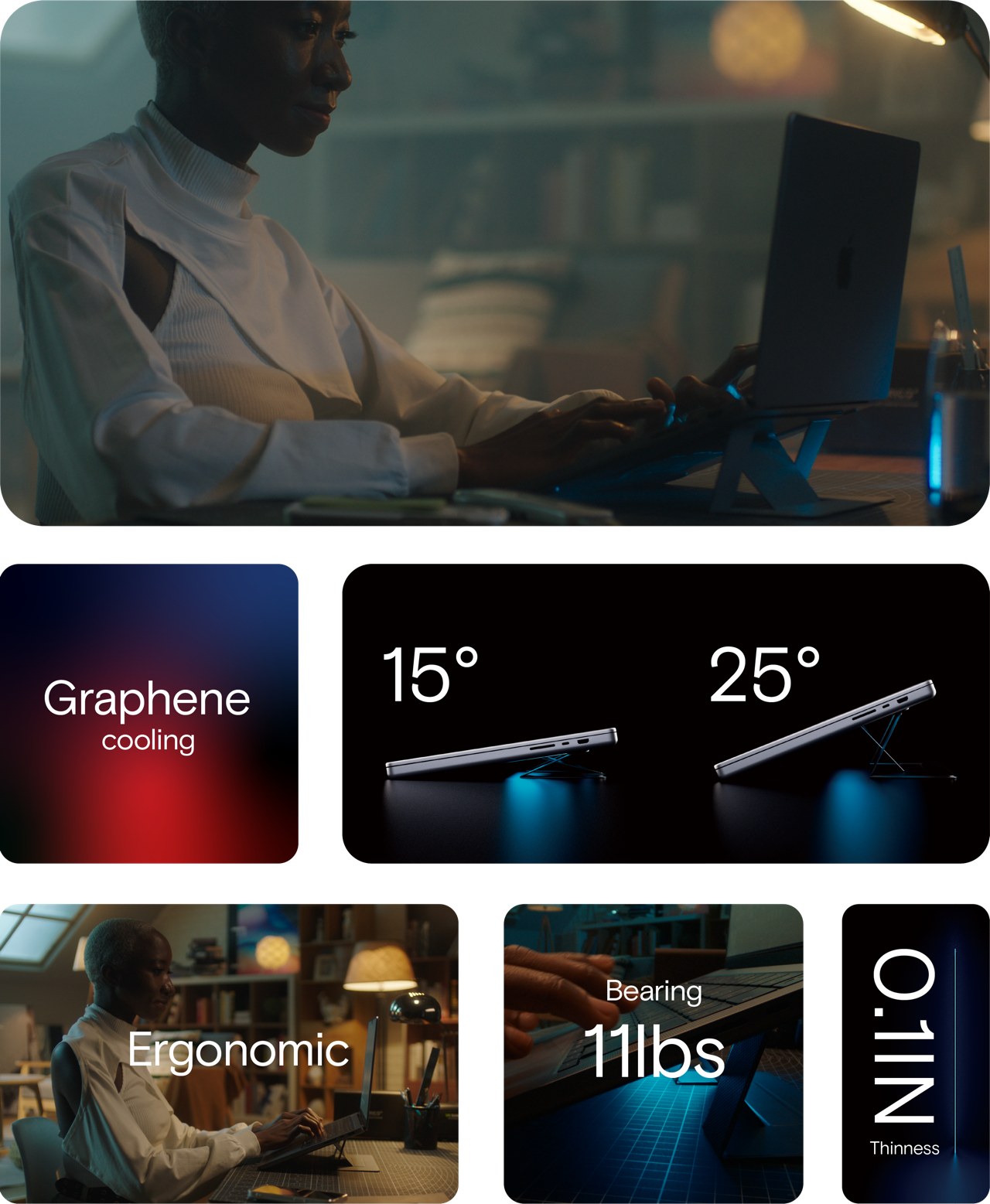 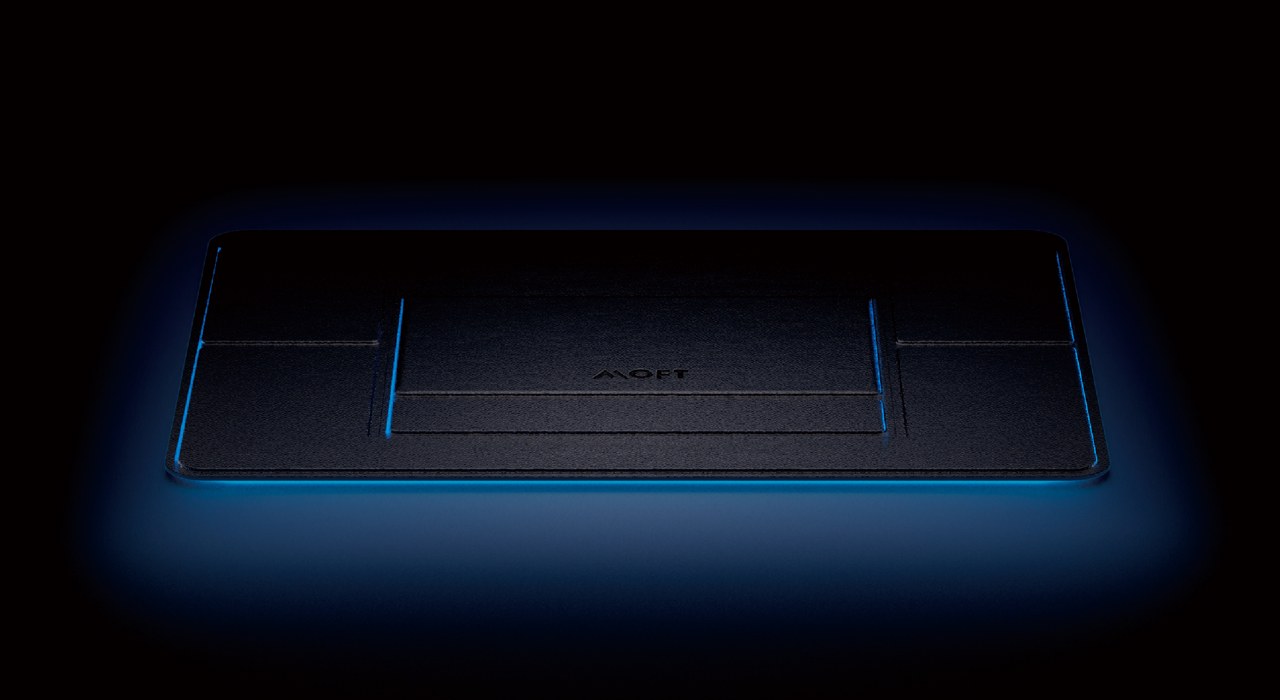 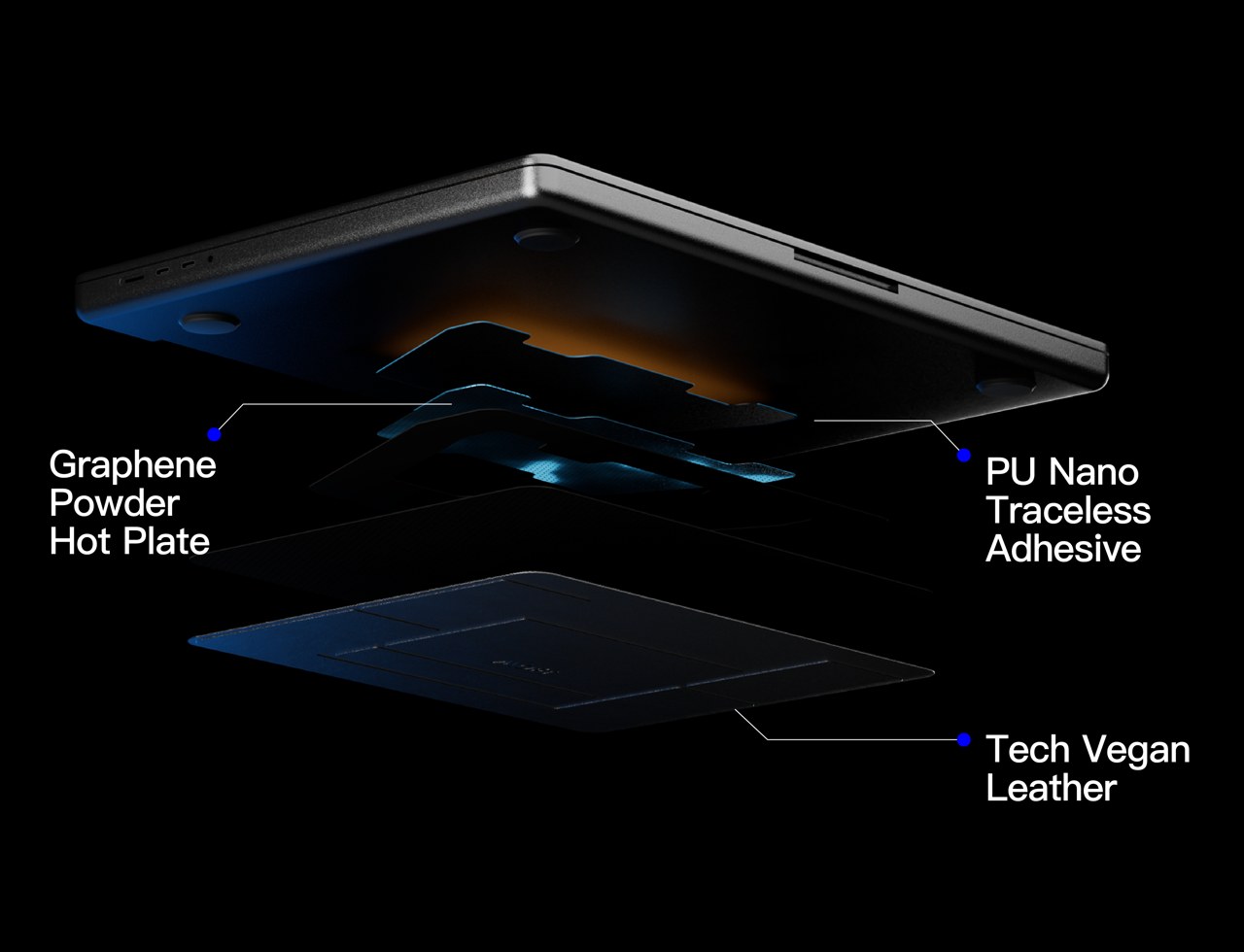 Graphene is used for its lateral heat removal effectiveness (up to 1800w/m.k), which beats any other metal in the world while being the thinnest conductive material known to exist. In the form of a slim graphite film, it conducts heat away from the laptop surface and into its nano heat dissipation layer. 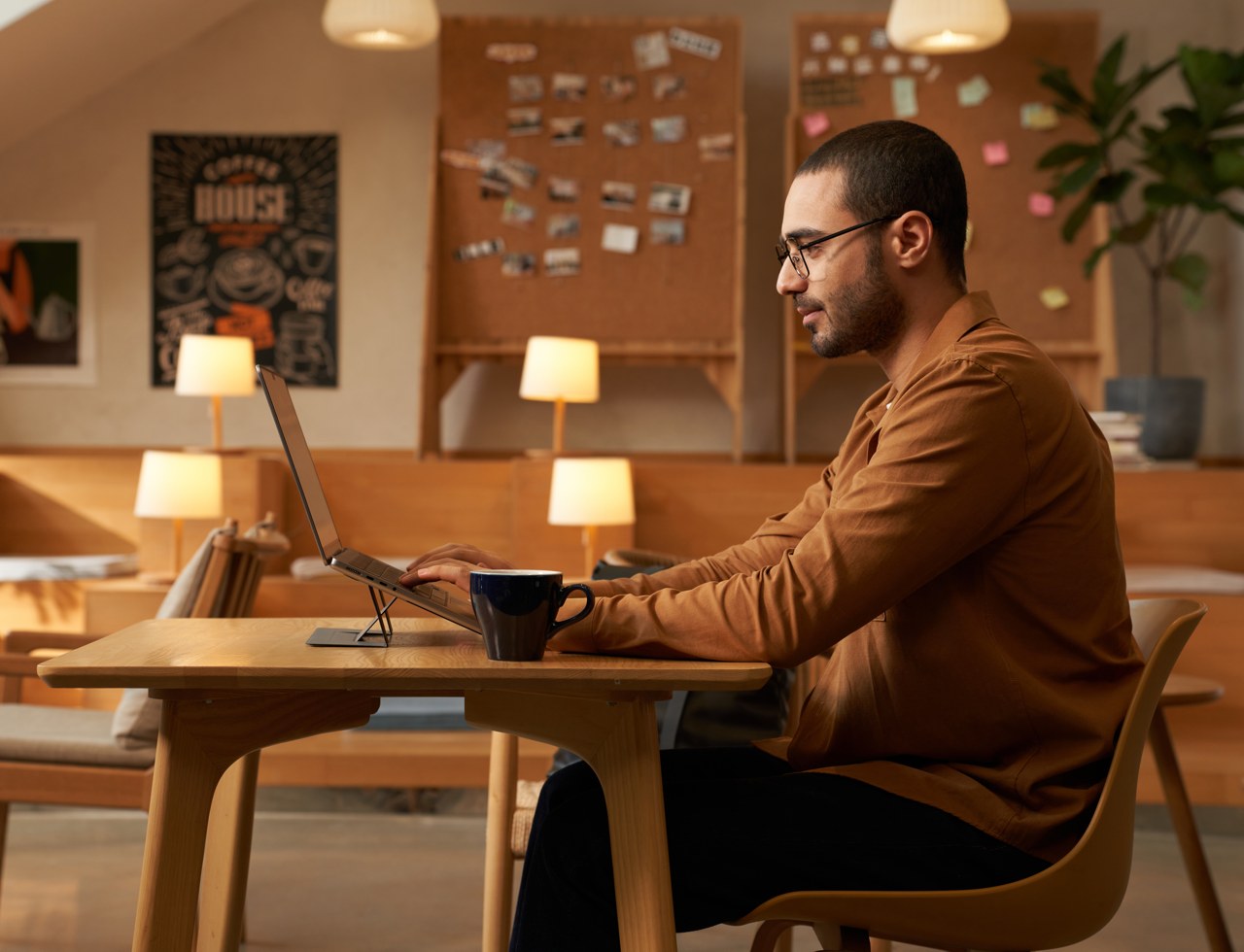 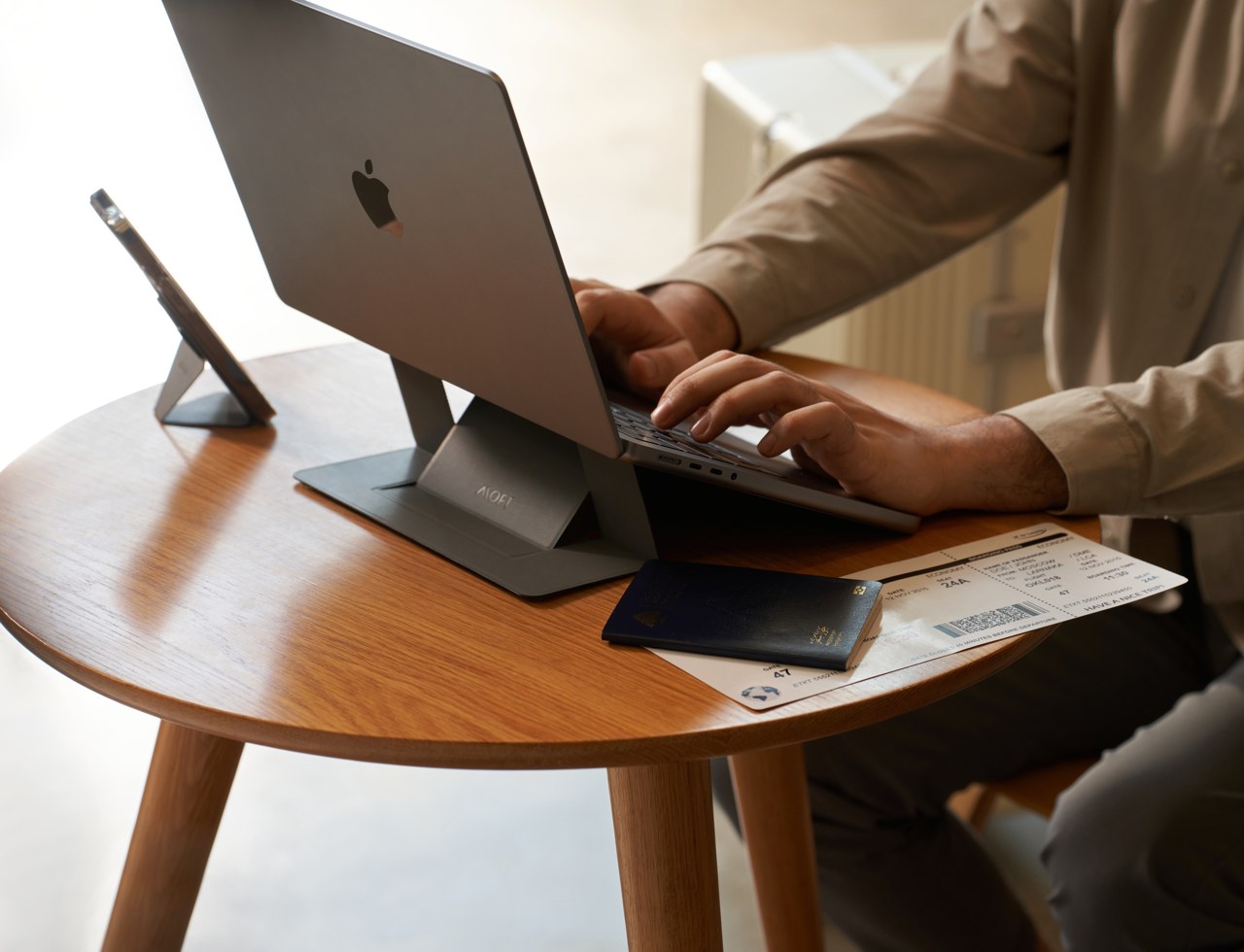 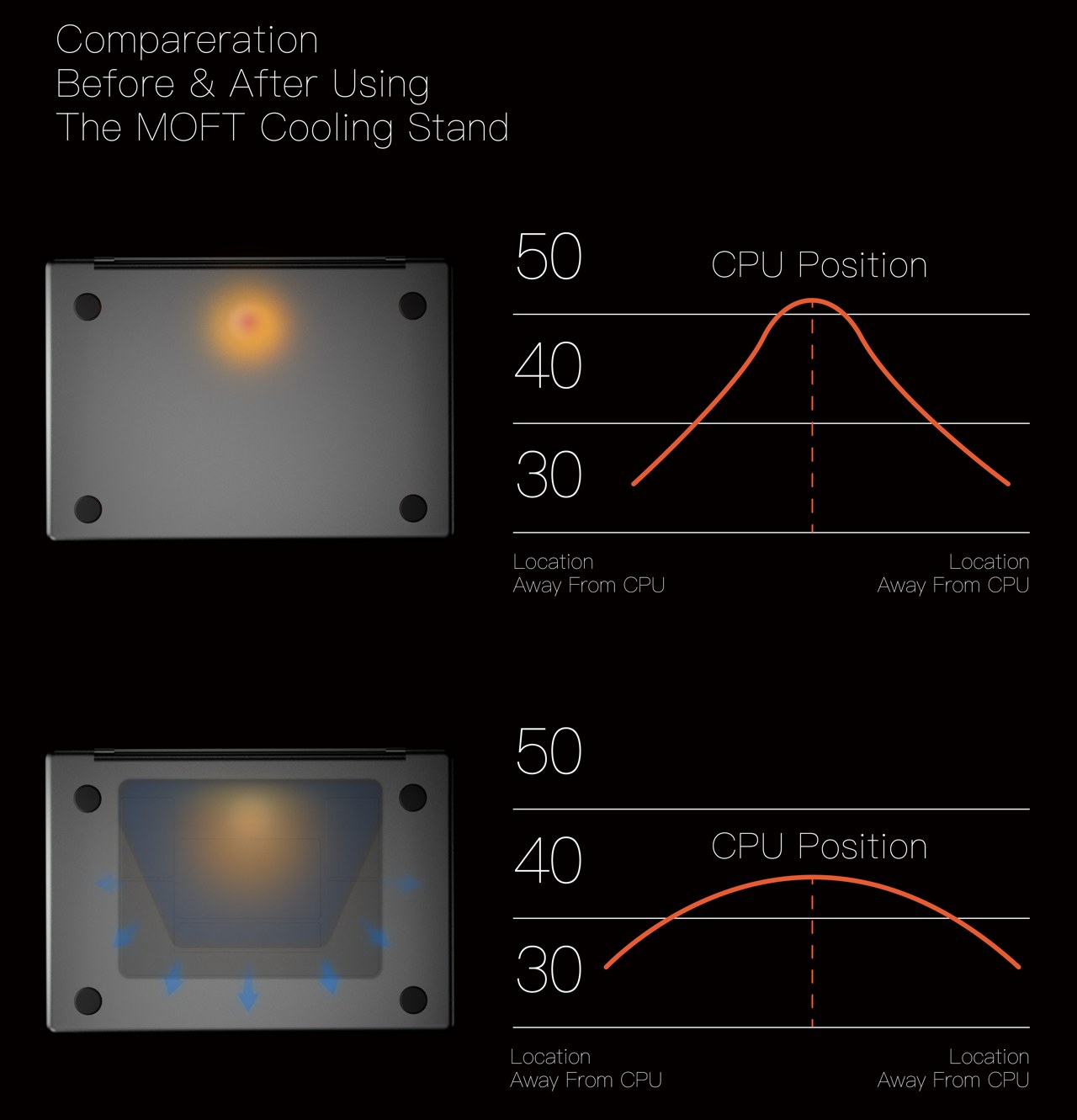 Sure, any laptop stand cools a laptop by virtue of lifting it upwards so air can flow better through the vents. The MOFT Cooling Stand, however, takes things up a notch by introducing graphene into the mix. A perforated graphene-nanocarbon-copper film sits against the base of your laptop, helping rapidly dissipate heat thanks to the film’s physical properties. Graphene is extremely good at conducting heat, as is copper. The film, when adhered to the underside of your laptop, takes heat from the hottest parts (invariably around the CPU) and dissipates them to cooler parts of your laptop. This film is only 0.07mm thick, and the perforations on it help promote better air circulation. Quantitatively, MOFT says that their material technology can help cool down your laptop by 16% in just an hour.

Graphene-nanocarbon-copper Film – Only 0.07mm thick with air holes designed to provide ample ventilation for the laptop, making the adhesive back breathable. 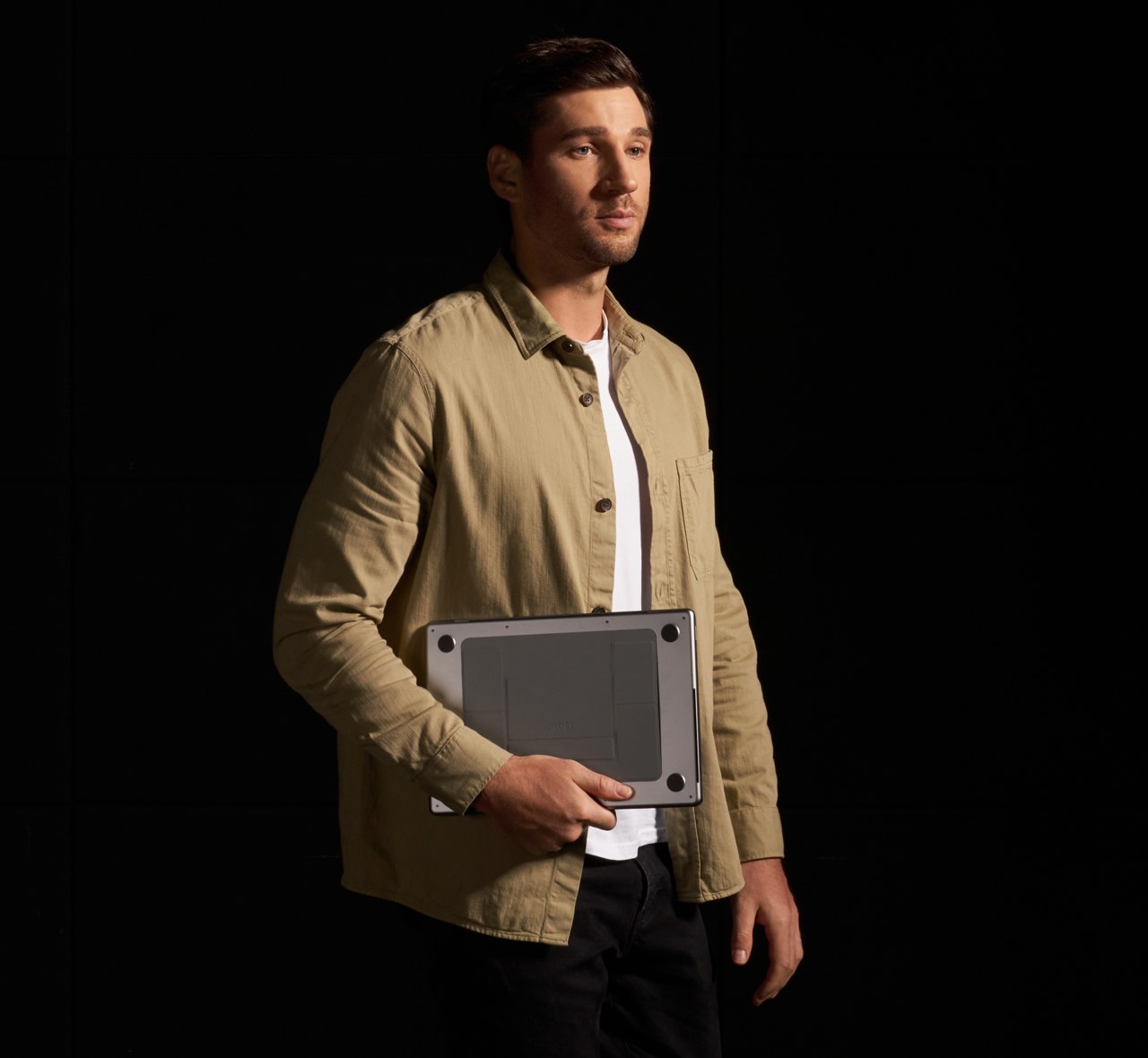 Carry Light – The stand folds flat to sit flush on your laptop.

Sturdy on Any Surface – Made from strong fiberglass from recycled industrial materials, the lightweight stand is sturdy while typing and holds up to 11 lbs.

Reusable – The PU Nano Traceless Adhesive enables the stand to attach dozens of times with the same effectiveness and comes off more effortlessly without leaving a single mark.

Zero Mark Left – Made from made material called Tech Vegan Leather is tougher in wear and tear, so it remains like new for infinite folds. And it’s safe from daily scratches and stains, dirt and grime, and even spilled drinks.

As far as the stand itself goes, the company decided to stick to its original 1-million-user-honored design. The MOFT Cooling Stand sits flat against the rear of your laptop, practically blending right into it thanks to its super-slip nature. Fold it open, and the stand turns from a 3mm sheet to a sturdy angled platform that tilts your laptop towards you, making it more ergonomic to use. The MOFT Cooling Stand’s origami-inspired design allows it to tilt at two angles – 25° and 15° – achievable simply by flipping its rear flap inwards or outwards. It’s an interaction that takes mere seconds, and has become second nature to MOFT’s millions of users. You can grab a MOFT Cooling Stand in as many as 3 colors – Cool Gray, Jet Black, and Wanderlust Blue, for a discounted price of $24 with shipping starting July 2022 onwards.

Bring In the Moon

Nothing like moonlight to set the mood! So why not bring it inside where you can enjoy it from the comfort of home? That’s precisely…