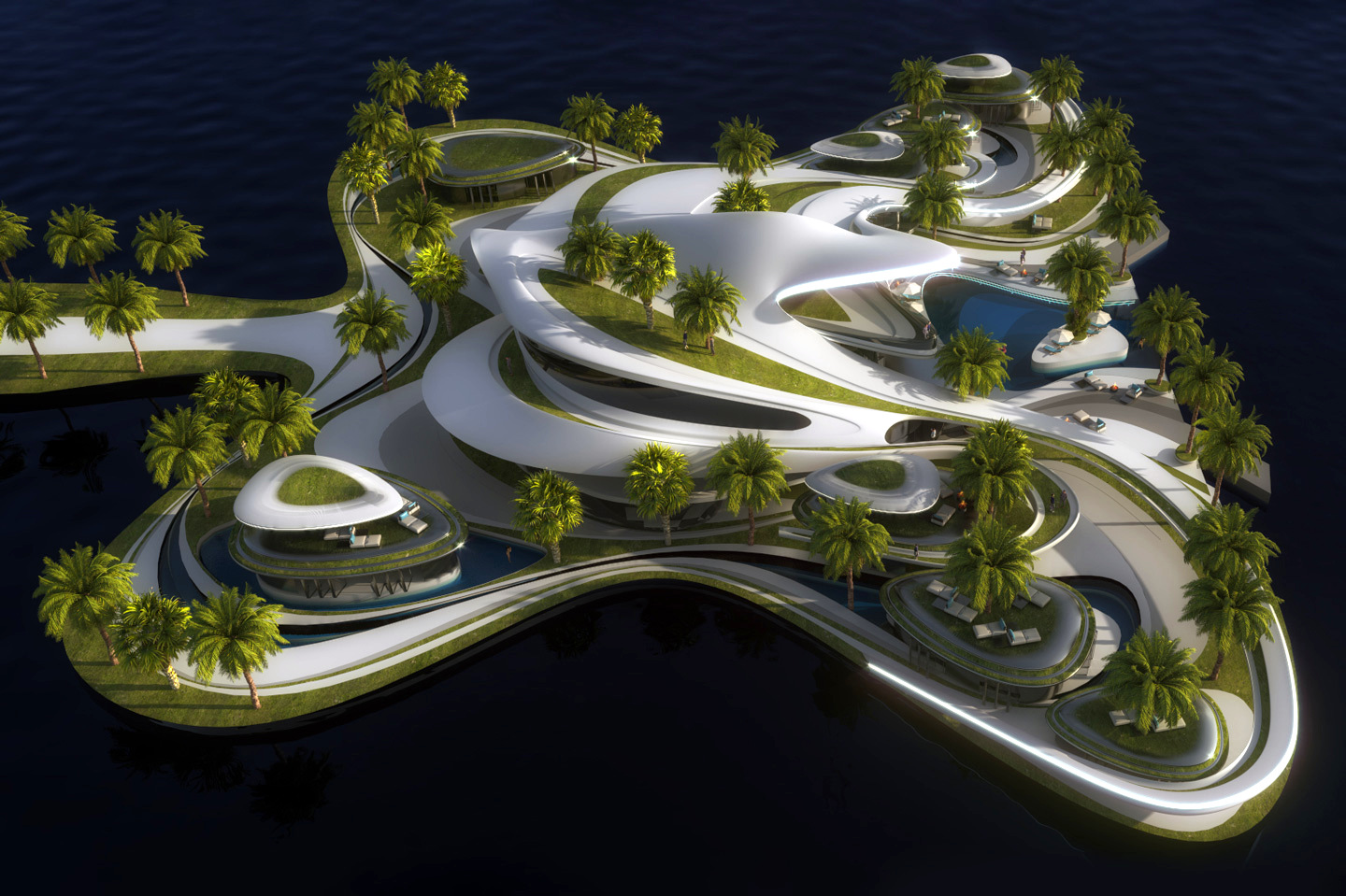 There’s nothing ordinary about the G02 villa by MASK Architects. It rests on its own manmade island, away from the mainland and connected by one single roadway. Sprawled across 9000 square meters, the villa is an all-encompassing luxury retreat. The architecture boasts of incredibly curvilinear forms, as you’d see from Zaha Hadid. It doesn’t look practical because it doesn’t need to. The G02’s sole purposes are to be an architectural ornament for its residents. The villa comes with its own heated swimming pool, convention spaces, and health and fitness centers that include everything from tennis courts to Turkish baths. The most impressive part? The G02 is made to be an eco-green, energy-efficient, sustainable, and ecologically sound artificial island paradise. 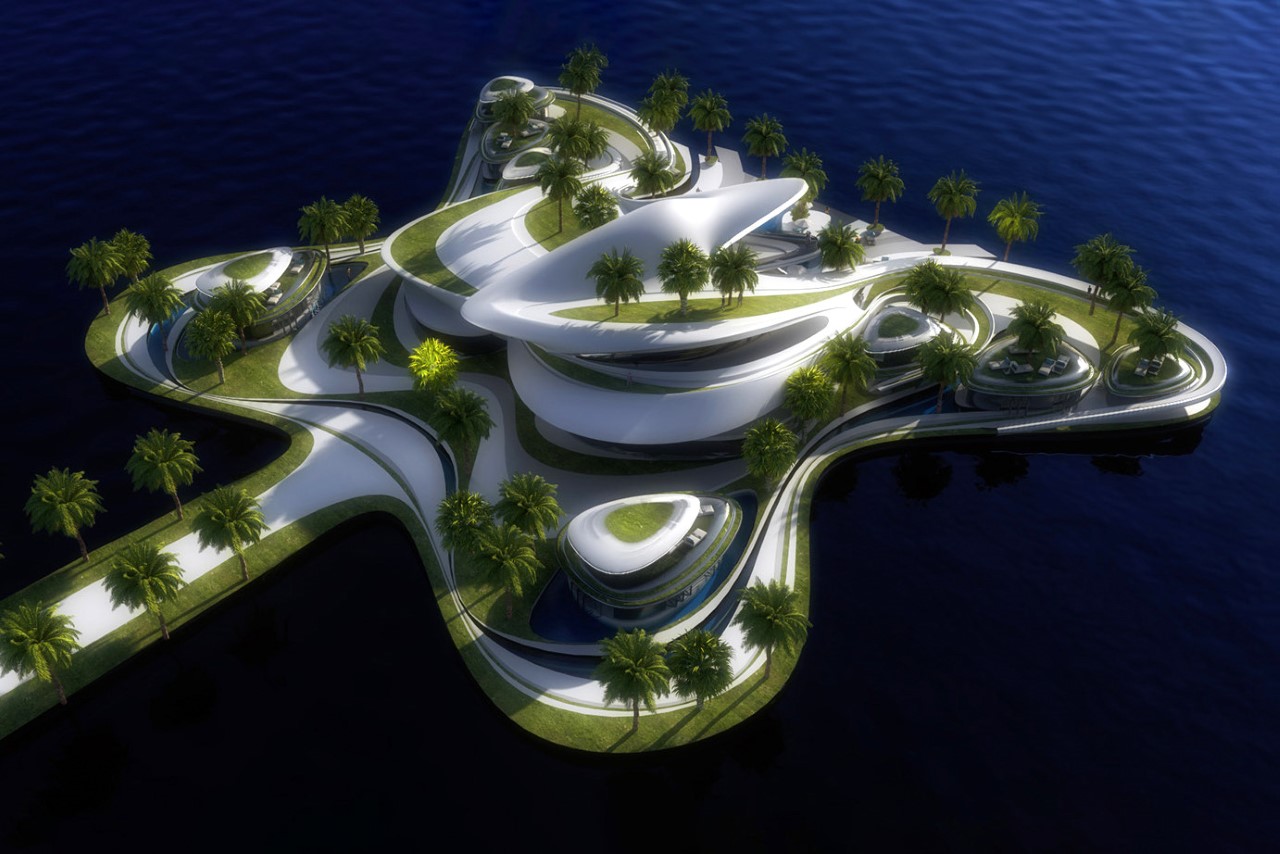 Looking unmistakably like a guitar from up above, the G02 villa has an iconic, instantly recognizable architecture that sets it apart. However, the villa’s strangely curvilinear structures aren’t just a coincidence. Every curve and surface is accounted for, as the design hopes to achieve ecological sustainability by generating an environment that uses nature to its advantage. “Instead of creating one big block building, we have chosen to create smaller separated buildings. This has its own function to be more energy-efficient and also to create private areas on the island,” the architects said. 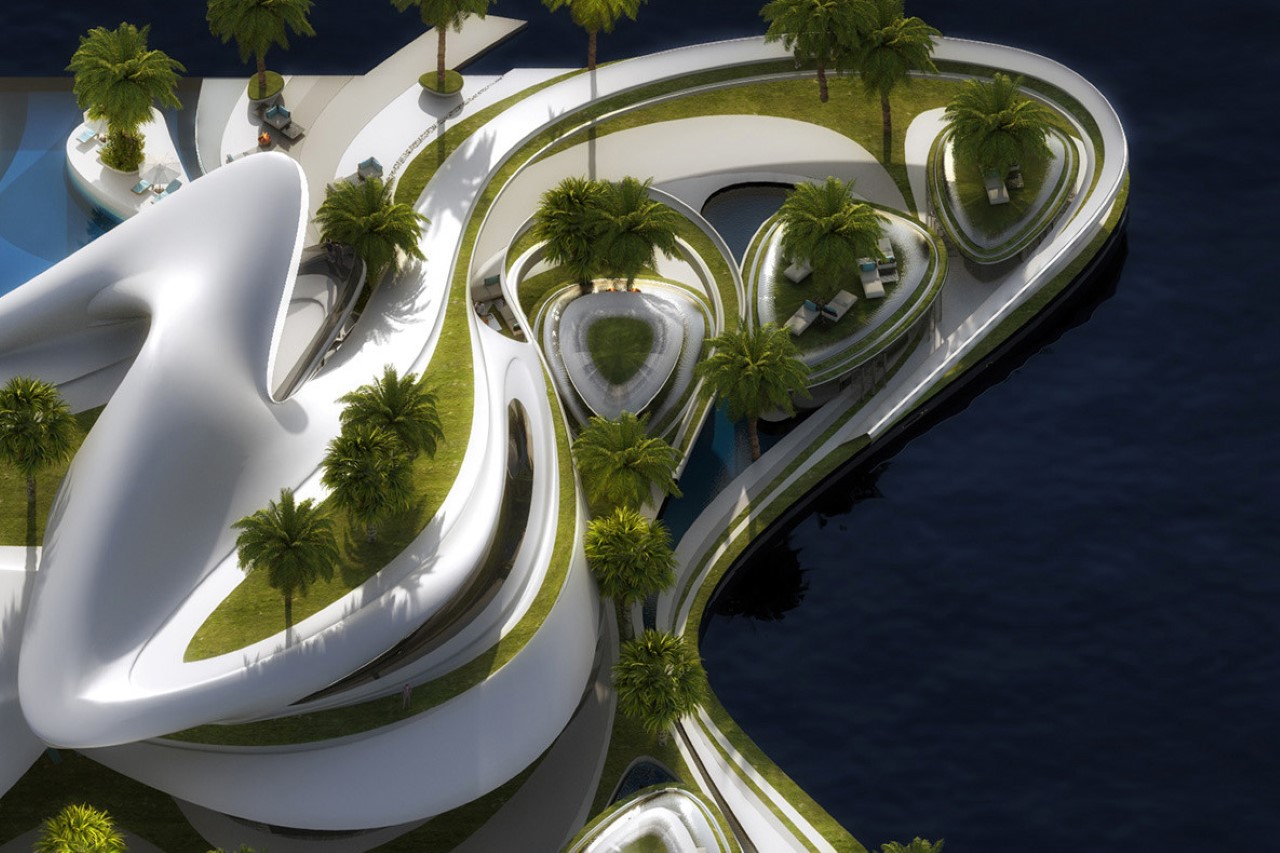 Built in Egypt, the designers had to create a structure that could overcome the hot climate that’s a characteristic of the country. The architects relied on natural sources like wind and water, channeling them through the building’s forms, to create a more temperate, maritime micro-climate. The island and its buildings effectively channel wind to core parts of the landmass, with buffer zones that capture cool air and palm trees that act as windbreakers. Strategically placed water pockets also take dry air and hydrate it, making it fresher and more cooling for the residents when it passes over the water and into the property’s various buildings. 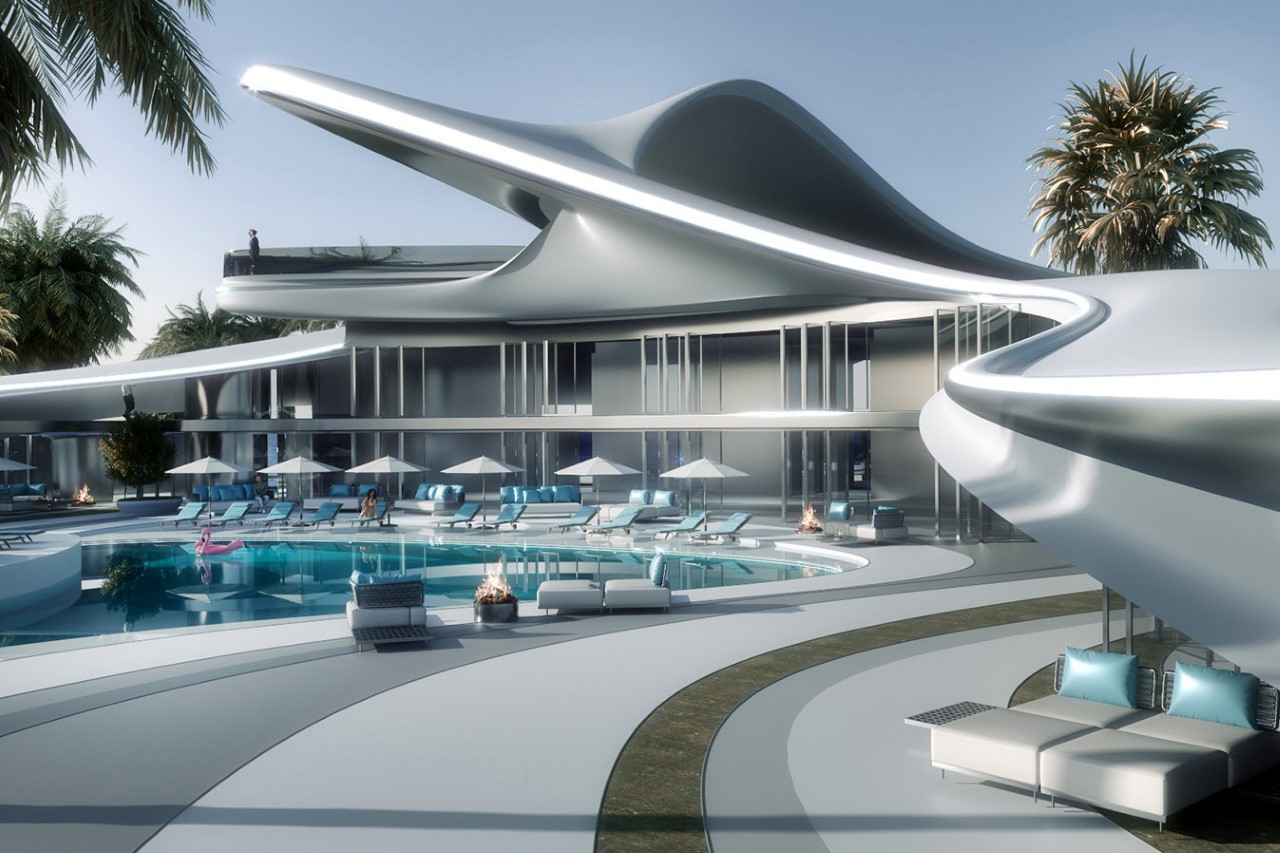 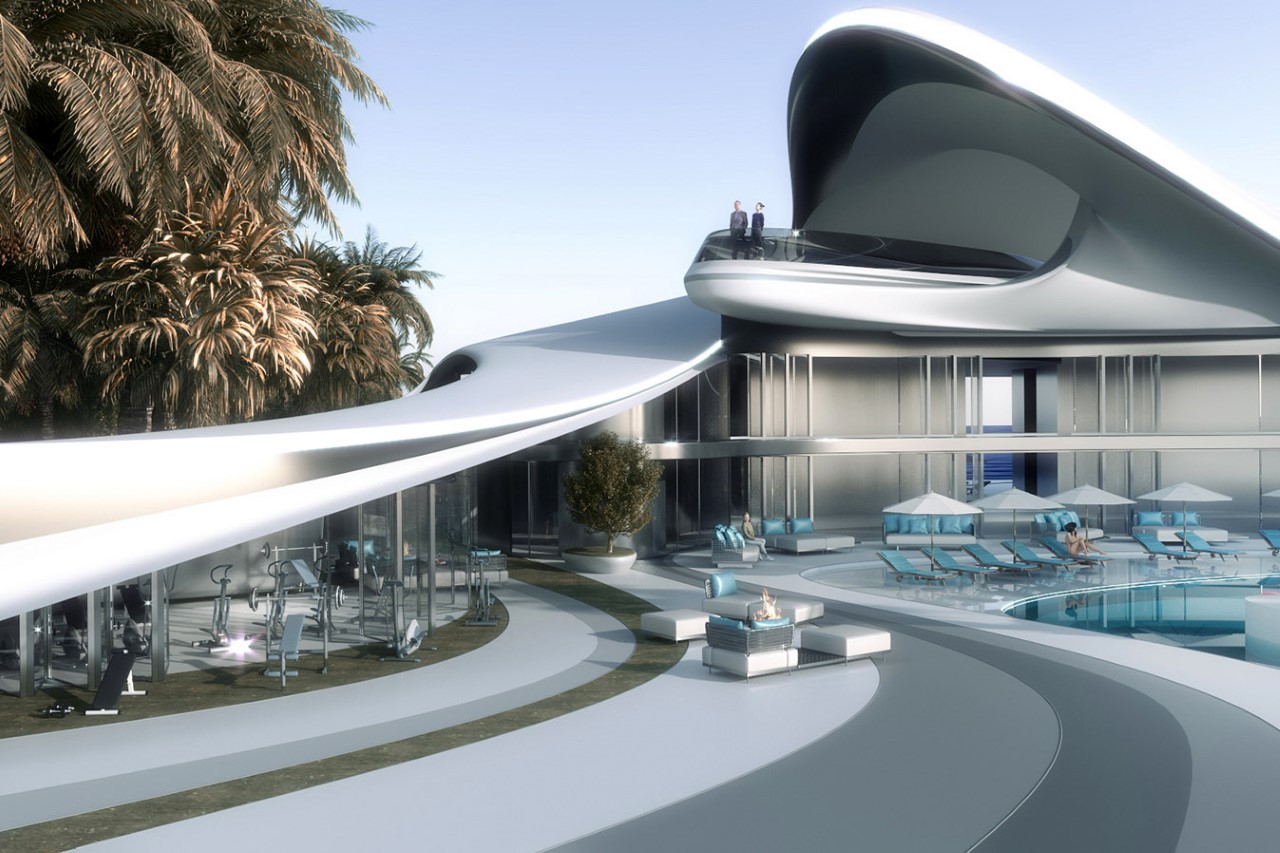 Speaking of the property’s various buildings, the G02 consists of a main building for the client and residents, with smaller outbuildings for private guest suites. Skylights will be built into all the buildings to ensure the use of as much natural light as possible during the day, reducing dependence on electricity and artificial lighting for the first half of any given day.

The gem of the G02 is its heated outdoor swimming pool which offers a stunning panoramic view of the ocean on one end, and a recreational area with lounging seats for people to relax on the other side of the pool. 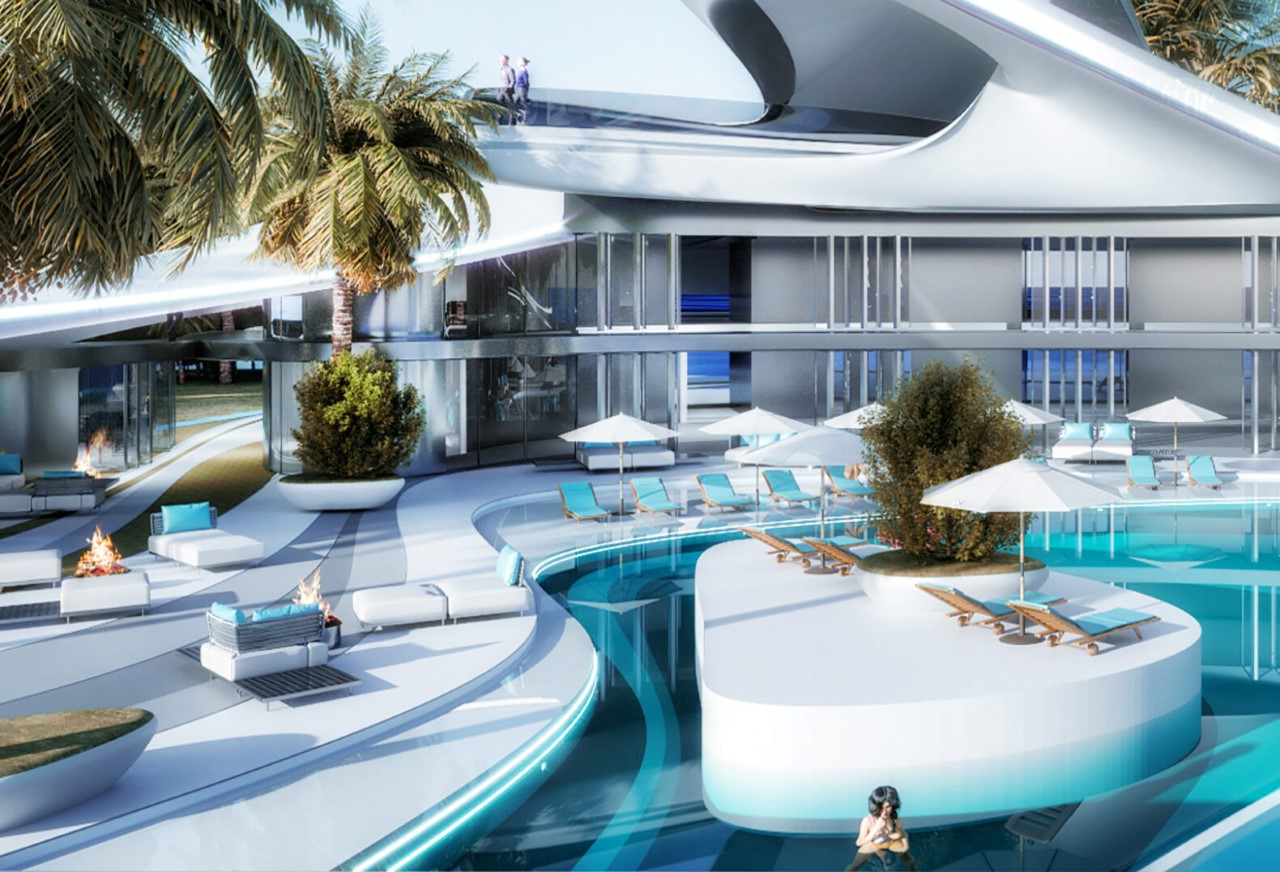 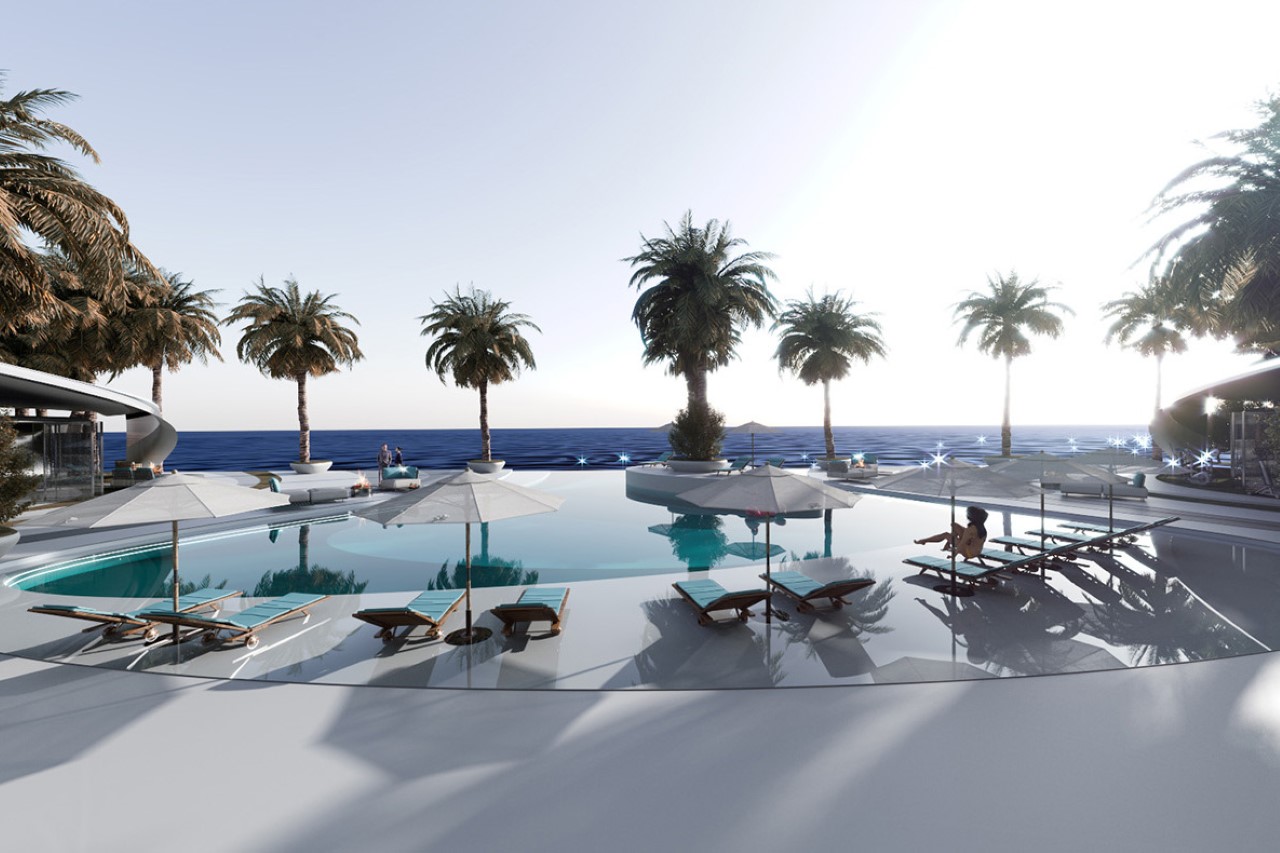 The G02 is accessible through a single road that connects it to the mainland, although the island comes with its own docks that allow visitors access via sea in their boats and yachts. Sounds about right, given the strata of people this was built for. I’m surprised there’s no helipad on this!

The G02 is just a concept proposal for now. A schematic designed to act as a template for a future project or endeavor, just in case any billionaire decides to spend a significant chunk of their money in a bid to build this paradise. At least they’ll save on energy costs, am I right?? 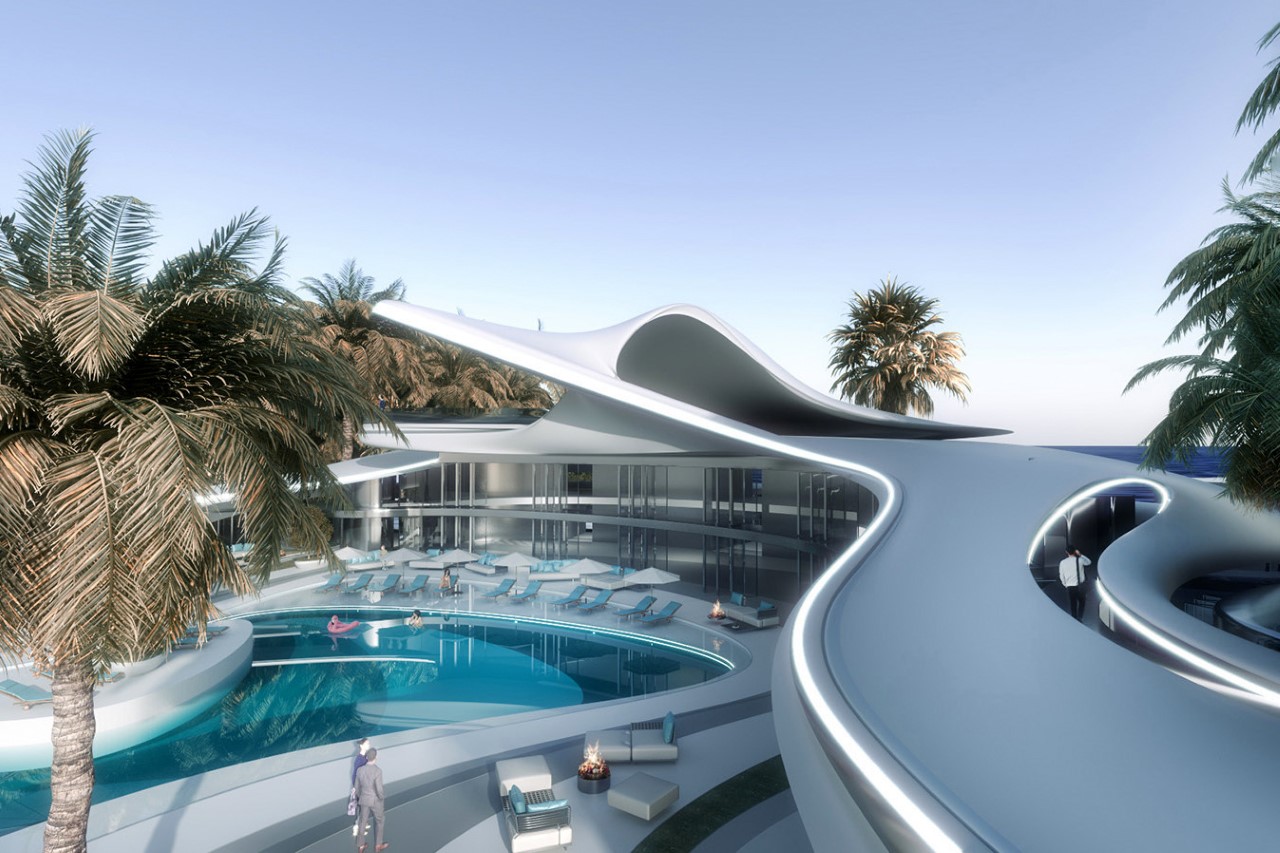 Bulb is in the Heart .. of d:light

Did you know you’re not supposed to put your light-bulbs in the trash? Don’t pitch ’em! Put them in the “d:light.” Designer Tim Edgeler presents….

FPM’s luggage combines a bed, kitchen, and work-desk in 3 suitcases

Titled the Workstation, the Bedstation, and the Cookstation, FPM’s latest line of cases designed by Marc Sadler literally fit your house sans the loo into…

Check Out the Rims on That Table

OK, wait a minute. Rims on a table? Well, if you are Beth Fuller, then yes! Fuller has taken objects from the streets of New…

I remember as a kid watching the comedy farce SPACEBALLS with Mel Brooks and cautiously giggling at his environmental joke, as he cracked open a…