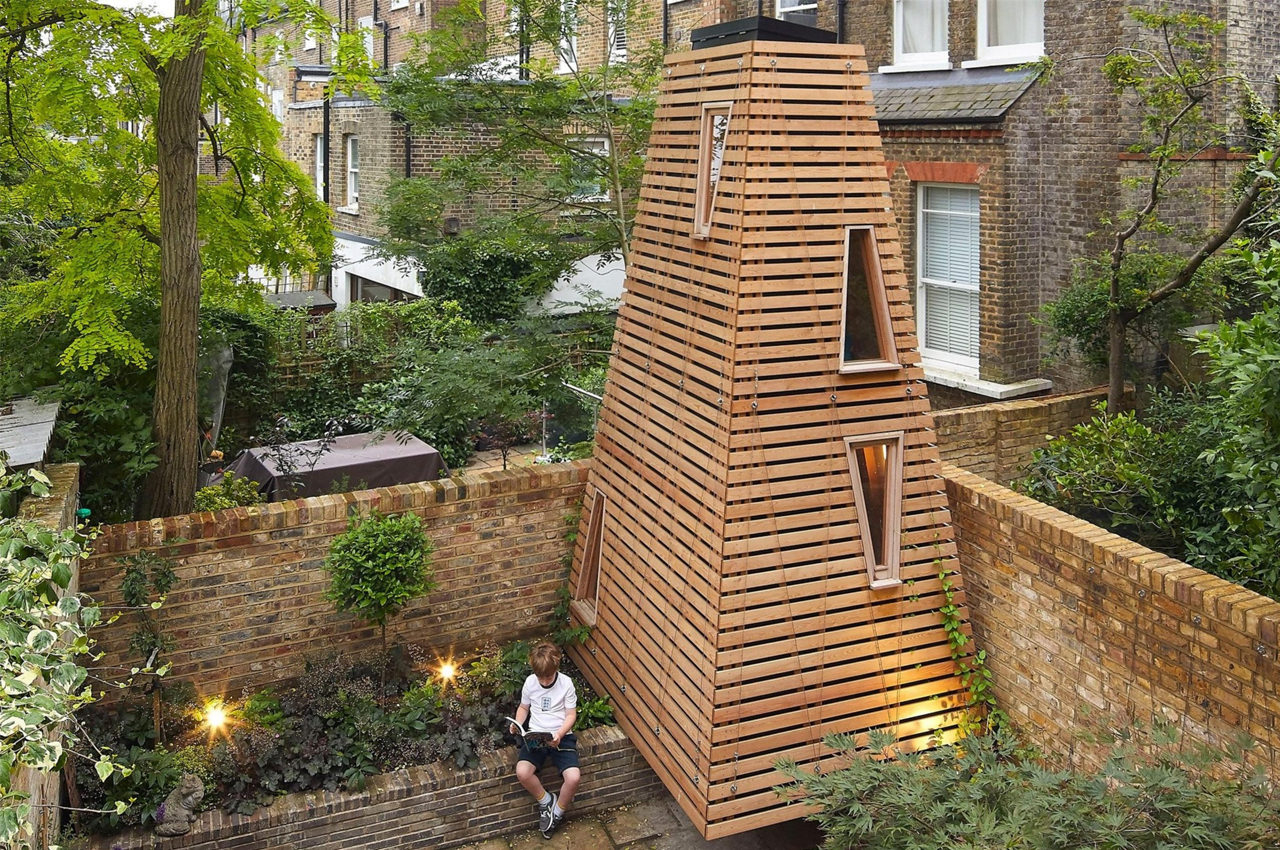 What if you wanted to have a treehouse, but there weren’t any trees around you that could accommodate one? Well, if you can hire creative designers and architects, you can have them think of things like a “treeless treehouse.” This is exactly what a family in London did, and the creative people they got created something called Penfold, a timber structure that seems strictly for kids to explore and let their imagination run wild. Oh and since this is not attached to an actual tree, it can eventually be transferred somewhere else if the owners decide to move. 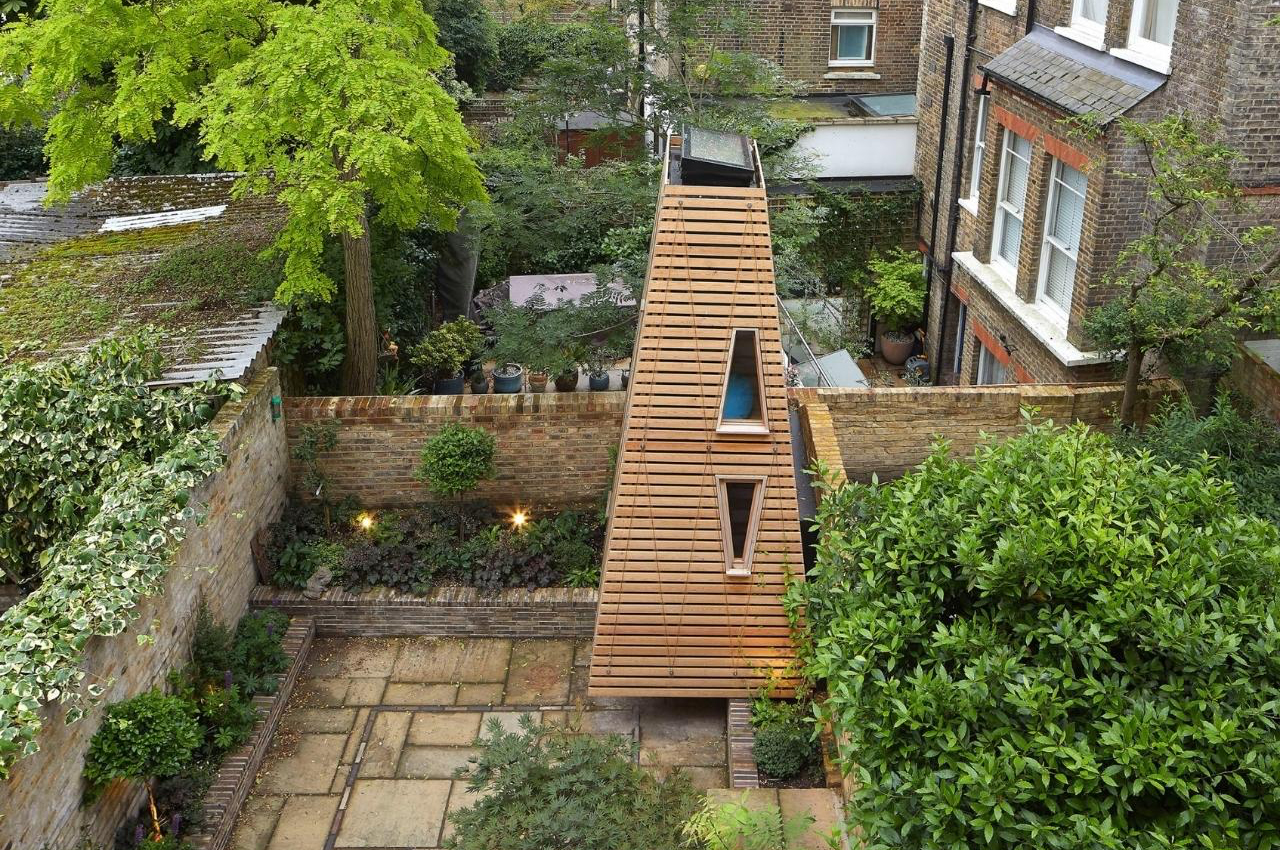 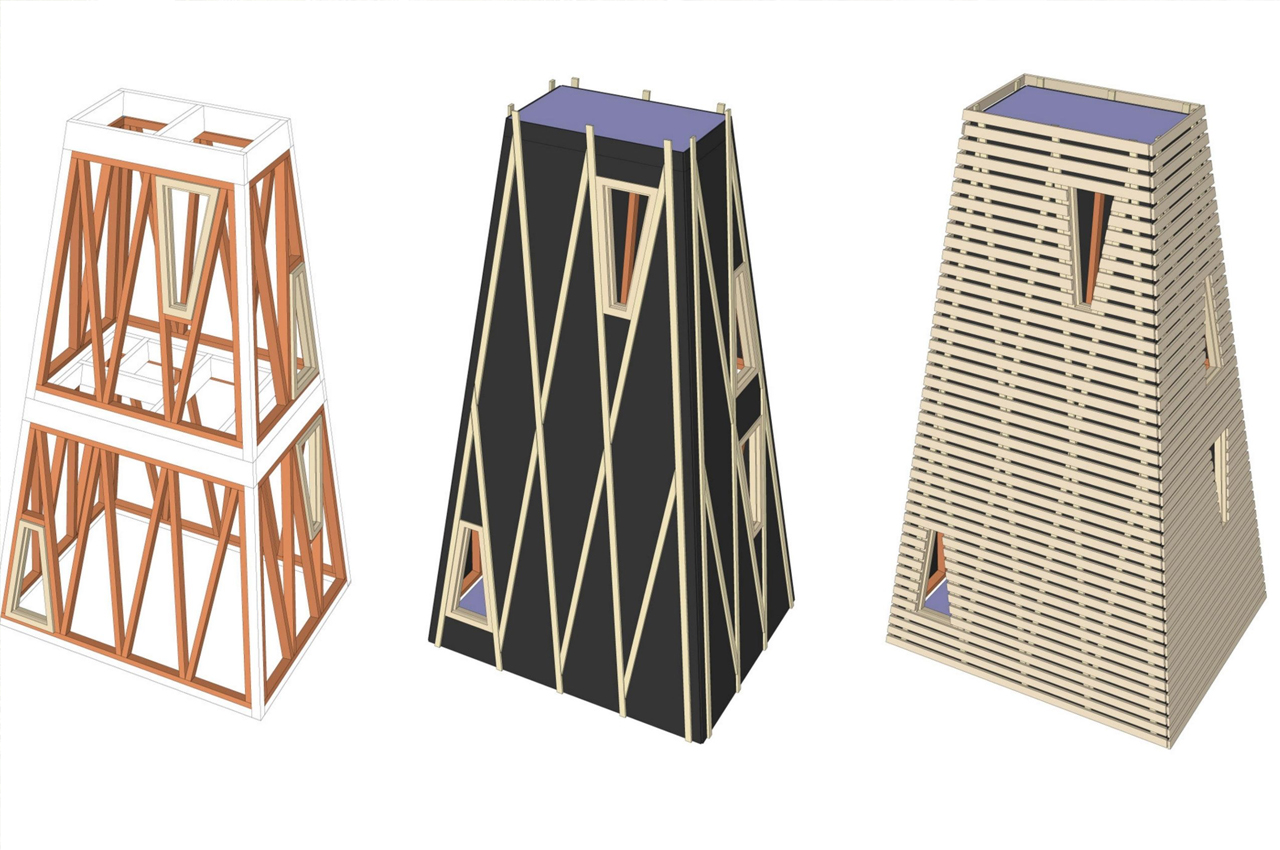 The brief for the project was to create a treehouse even though their home did not have a tree that can hold one. What they came up with is something that looks like a pyramid made out of timber that children can use as a lookout over the neighborhood and explore in various imaginative settings that they can think of inside their treeless treehouse. The structure is named Penfold, after a character from their favorite cartoon, Danger Mouse. 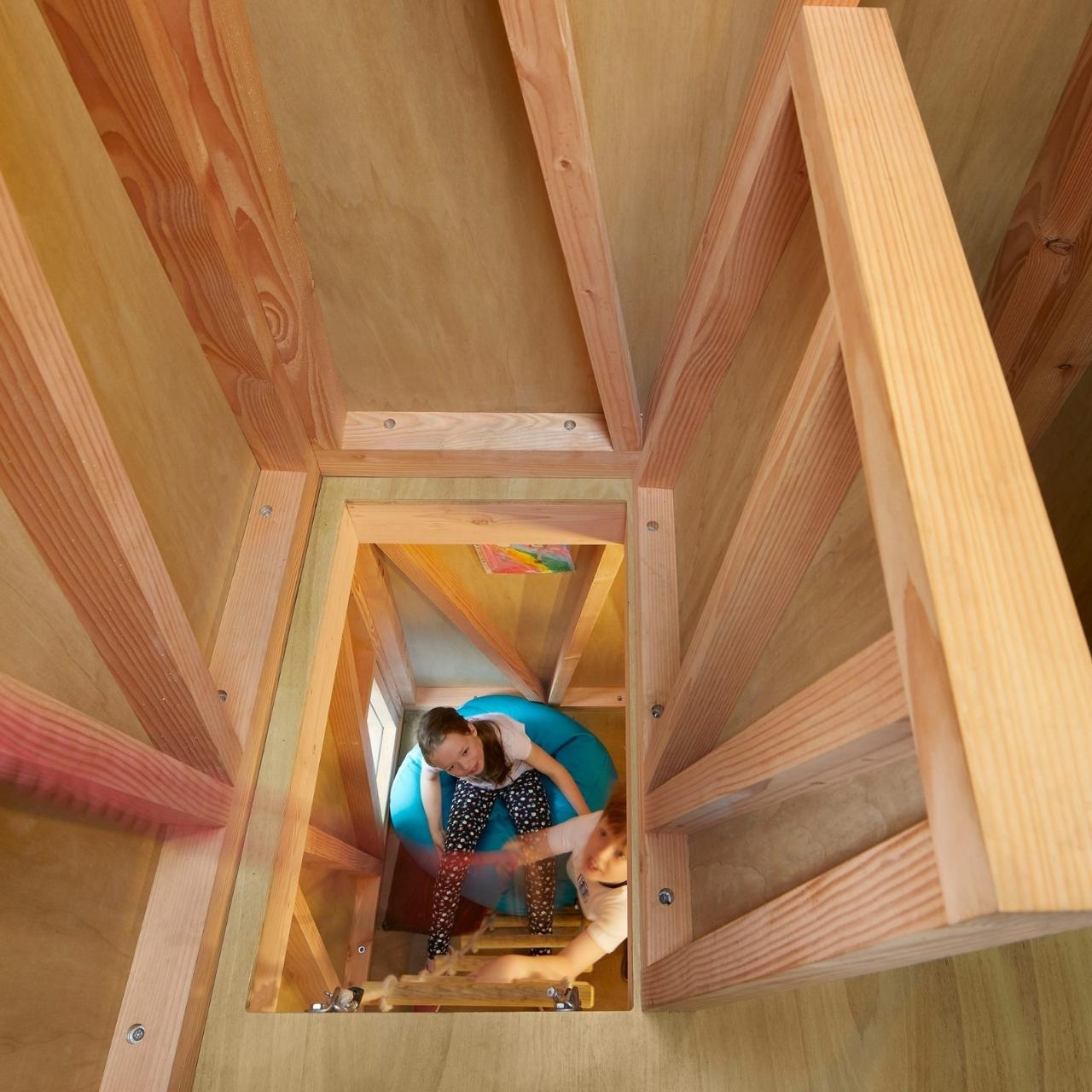 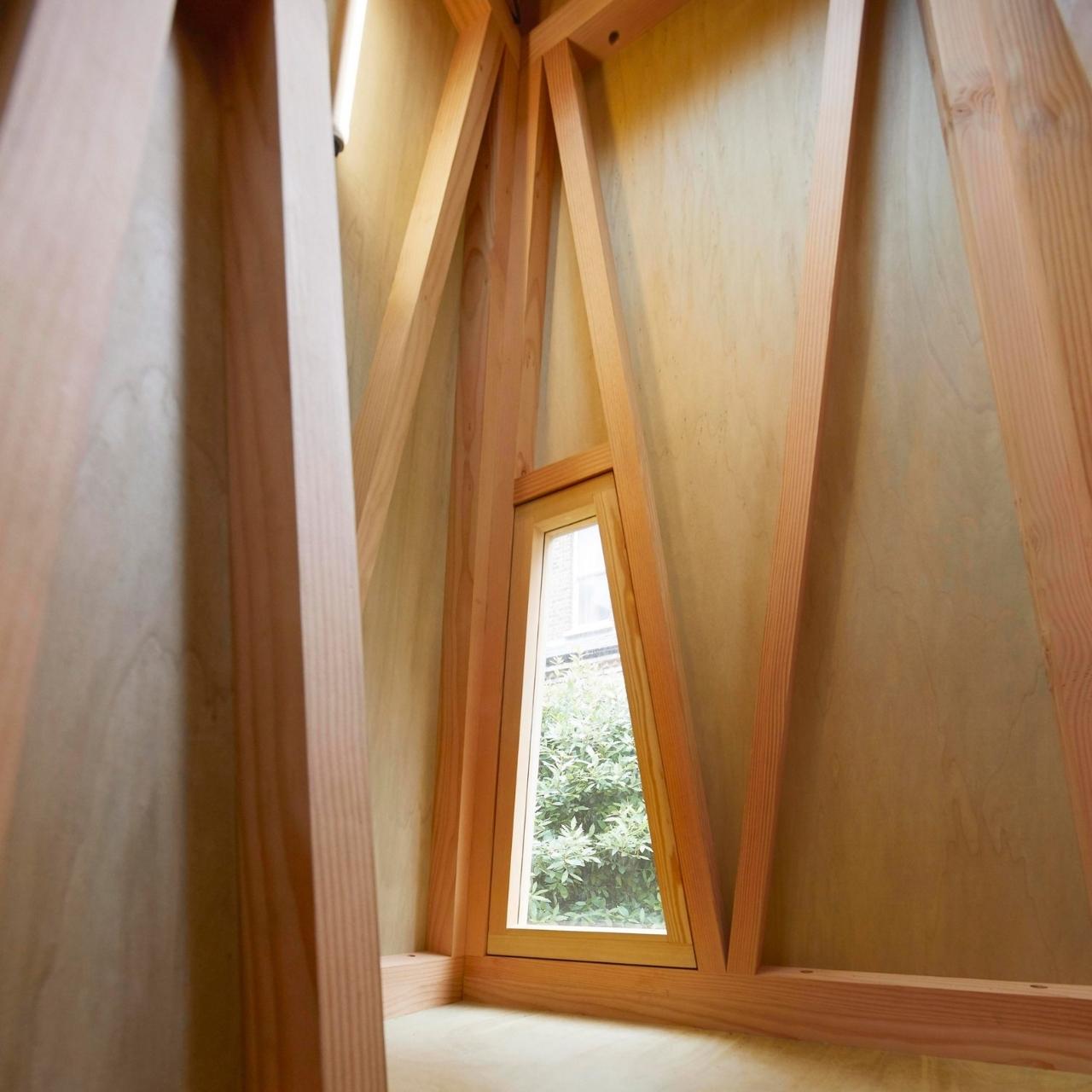 Even though there are no trees in the structure, they are, of course, made from tree materials. The treehouse is built from Douglas fir set in a series of triangular frames. There are two levels inside that are connected by a timber and rope ladder. There are various triangular windows at different heights inside, so they can serve as lookout points and, at the same time, bring ventilation inside the structure. Kids can let their imagination run wild as they climb and peek and create all kinds of games inside their treehouse. 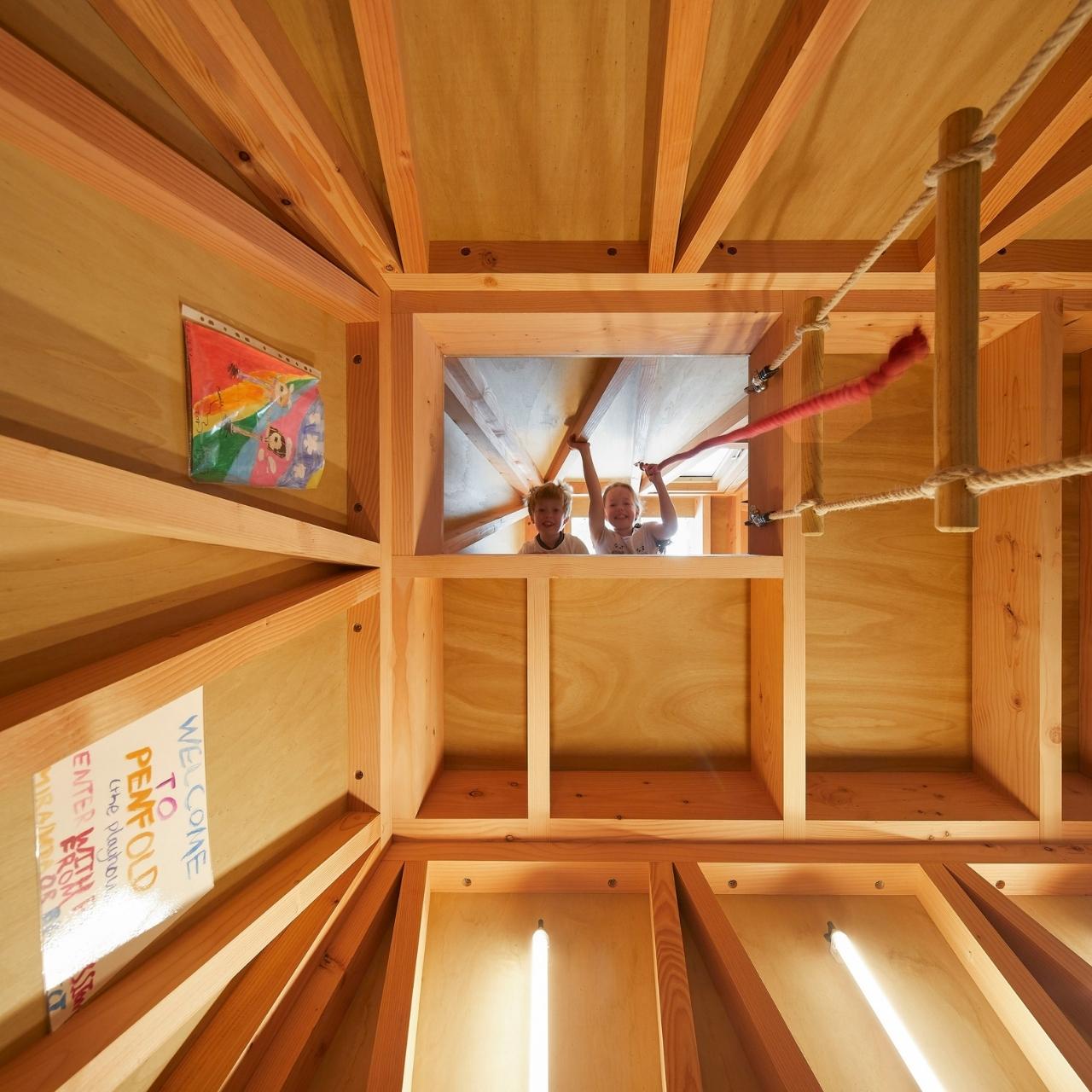 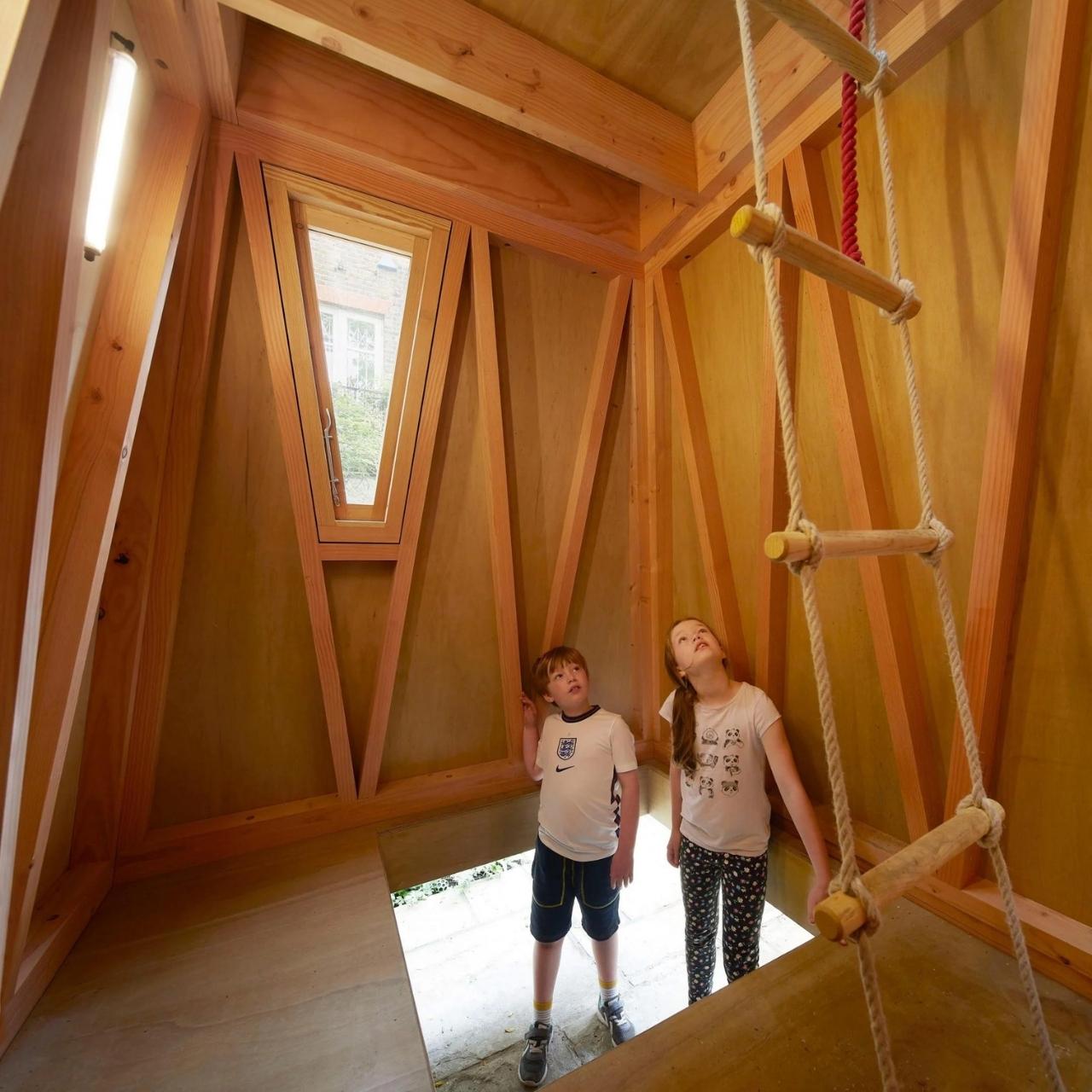 Penfold also has an openable skylight at the top as its main source of light. At night, there are external grade LED tube lighting on the internal walls so kids can still use it. The skylight also has sensors so that it will automatically close when it rains. The exterior has stainless steel cable lattice so they can later on put some climbing plants, giving the structure even more tree-like features and to “ultimately create the sense of the tree that never was.” 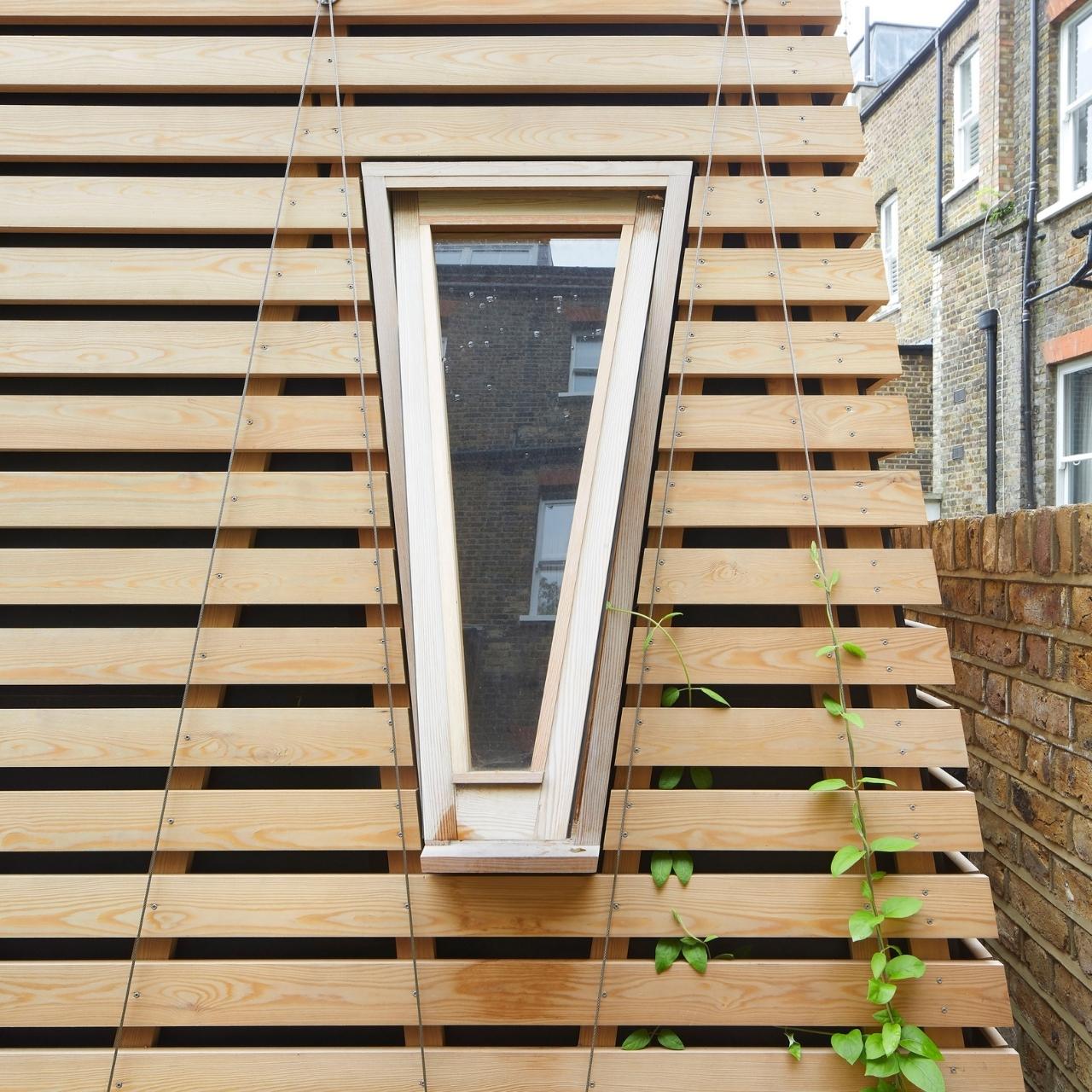 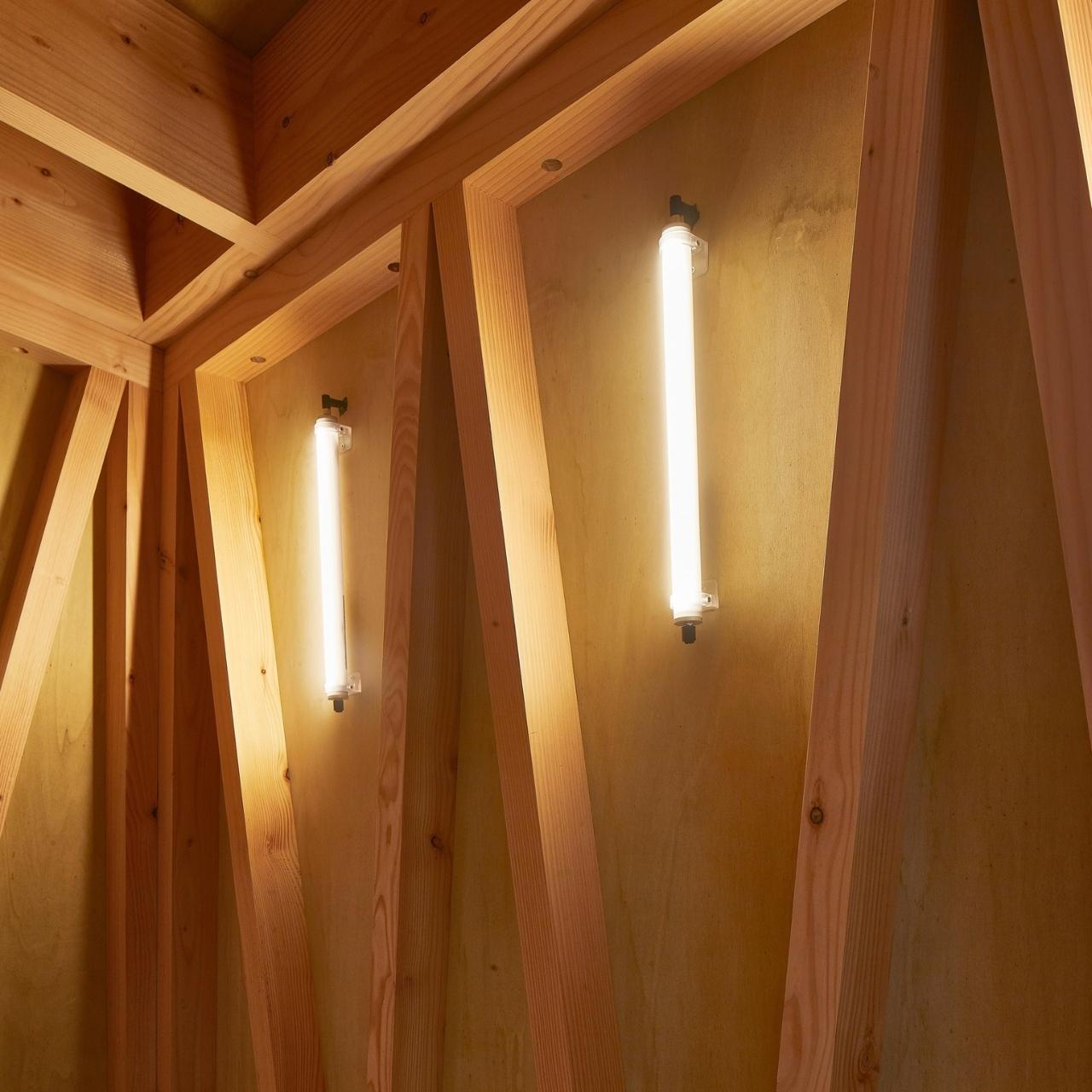 The treeless treehouse has a modular design so it can be “replanted” in another place in case the family decides to move somewhere else. Oh, and it has a “kids only” vibe as the only way you can enter is through a low crawlspace at the bottom. Sorry grown-ups, go and create your own treehouse. 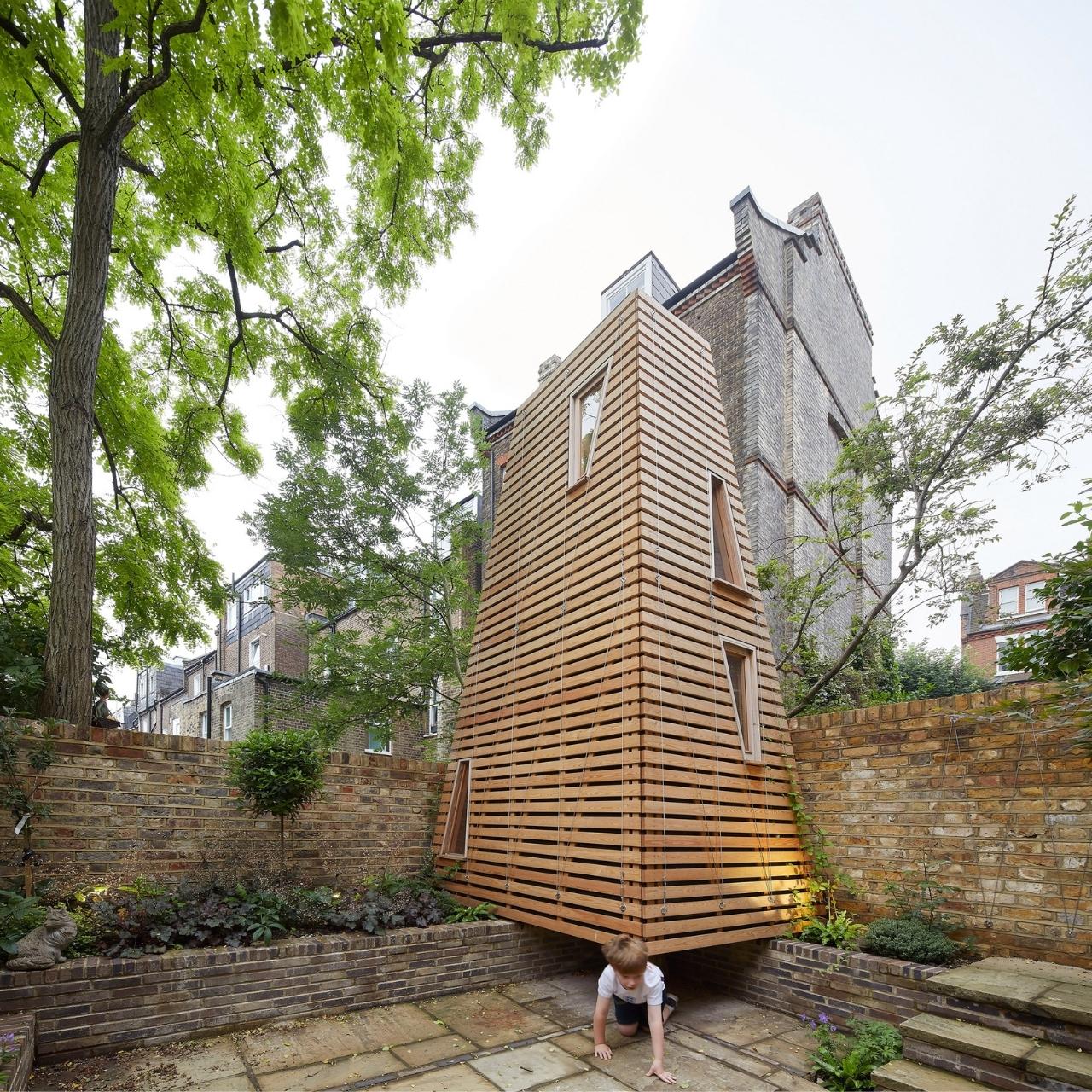 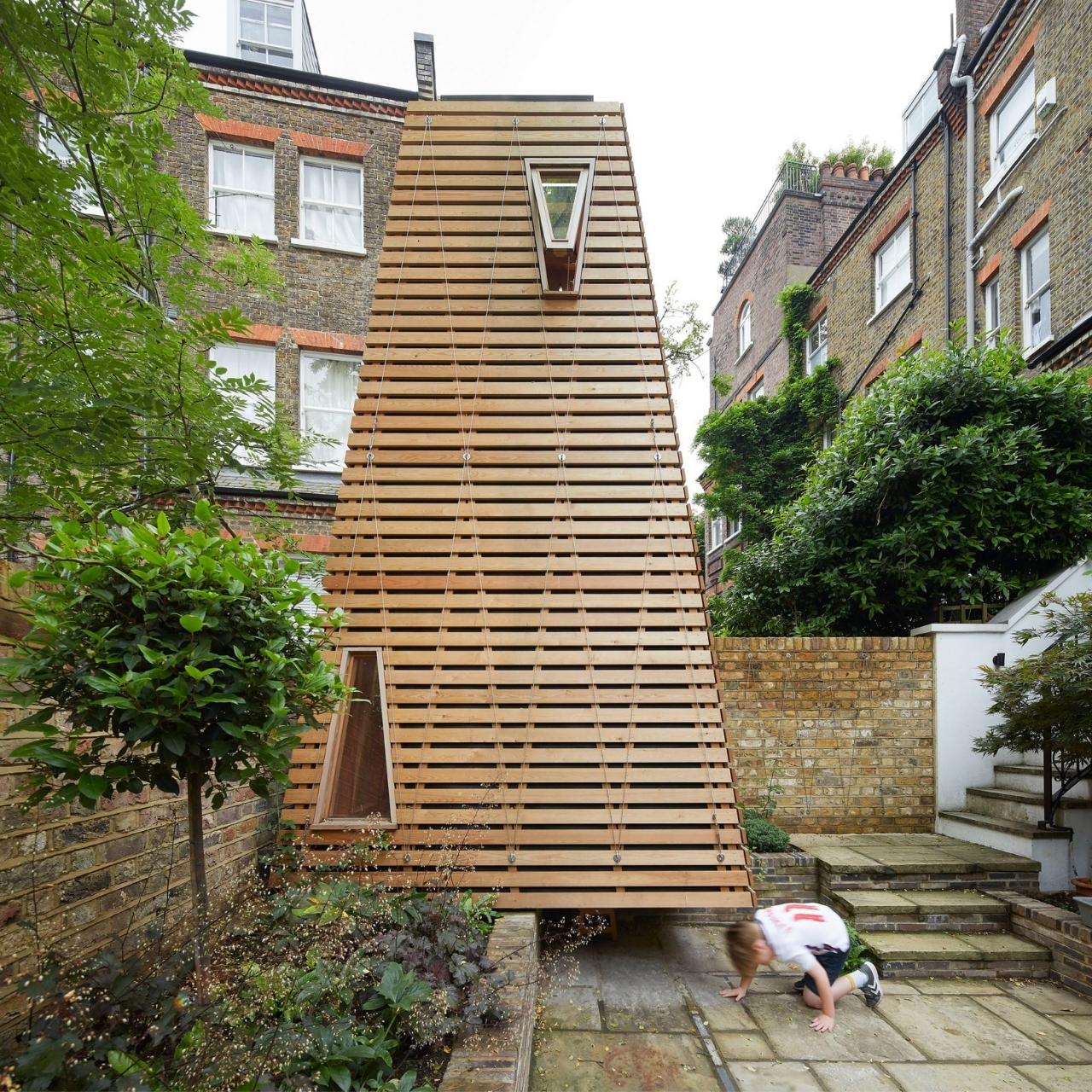 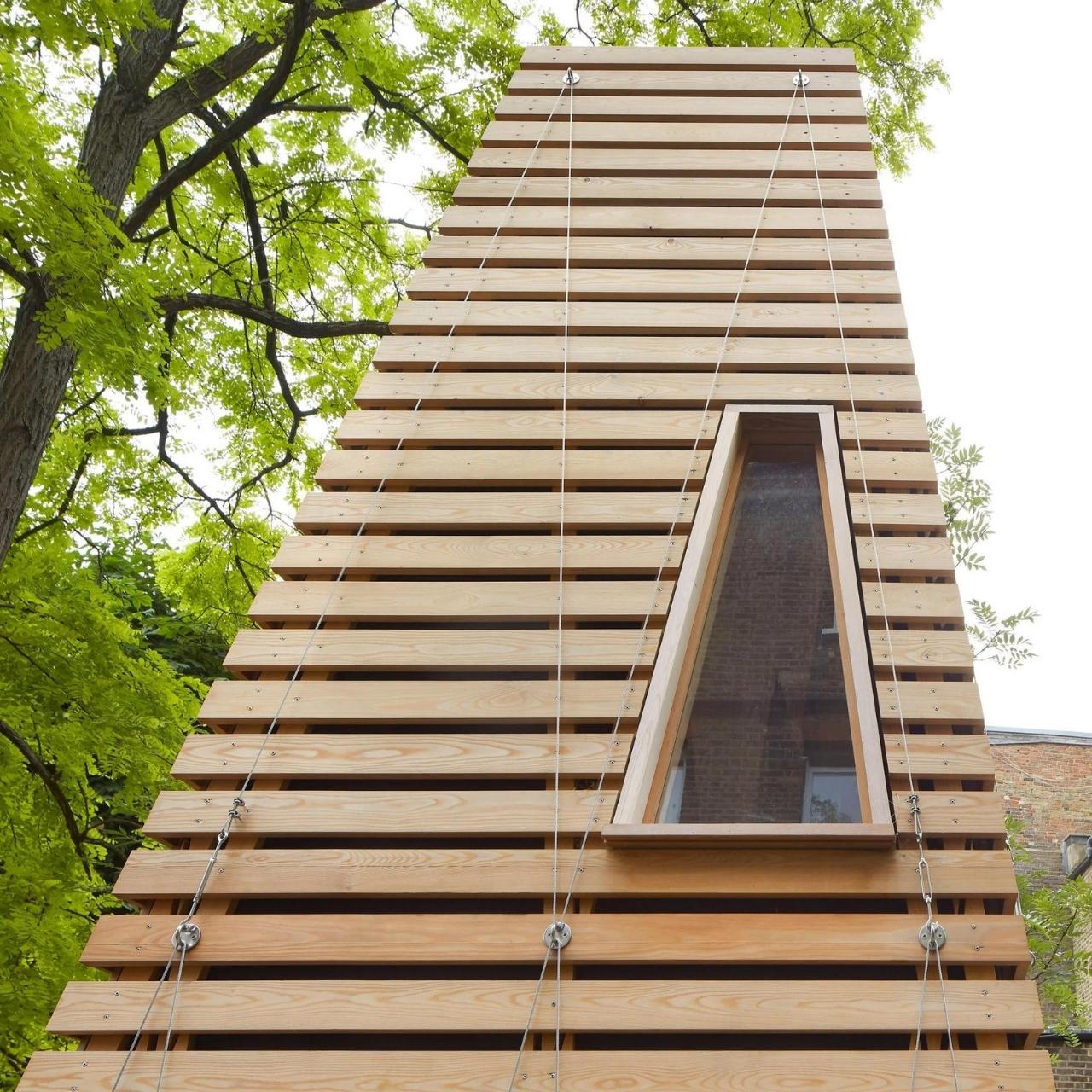 This prefabricated tiny office workspace uses a love of details to create this must have 2021 getaway!

Prefabricated cabins and tiny homes have taken last year and the start of 2021 by storm. It seemed like nobody could say they hadn’t found…

Designed by Rene Gonzalez, this extraordinary brutalist home was designed as a vacation home for a client living in a colder climate for the majority…