An electric motorcycle with the visual appeal of a powerful fuel-powered bike, capable of producing an equally intimidating sound pattern to add unique USP to the otherwise quiet electric motor.

The thud and deep sound of the motorcycle engine are like music to the ears of purists. That deep resonating sound when you cruise on a long stretch of the road, and as you push the accelerator the sound becomes more low-pitched. With the gradual shift to electric motorcycles, the definitive sound of the motorcycle engines has been lost since the electric motors produce very little or no perceivable sound at all. This can be a major put-off for motorheads who are fueled by the sweet sound of fuel-powered engines. Automotive designer Lin Yu Cheng however wants to fix this with this jaw-dropping electric motorcycle design. 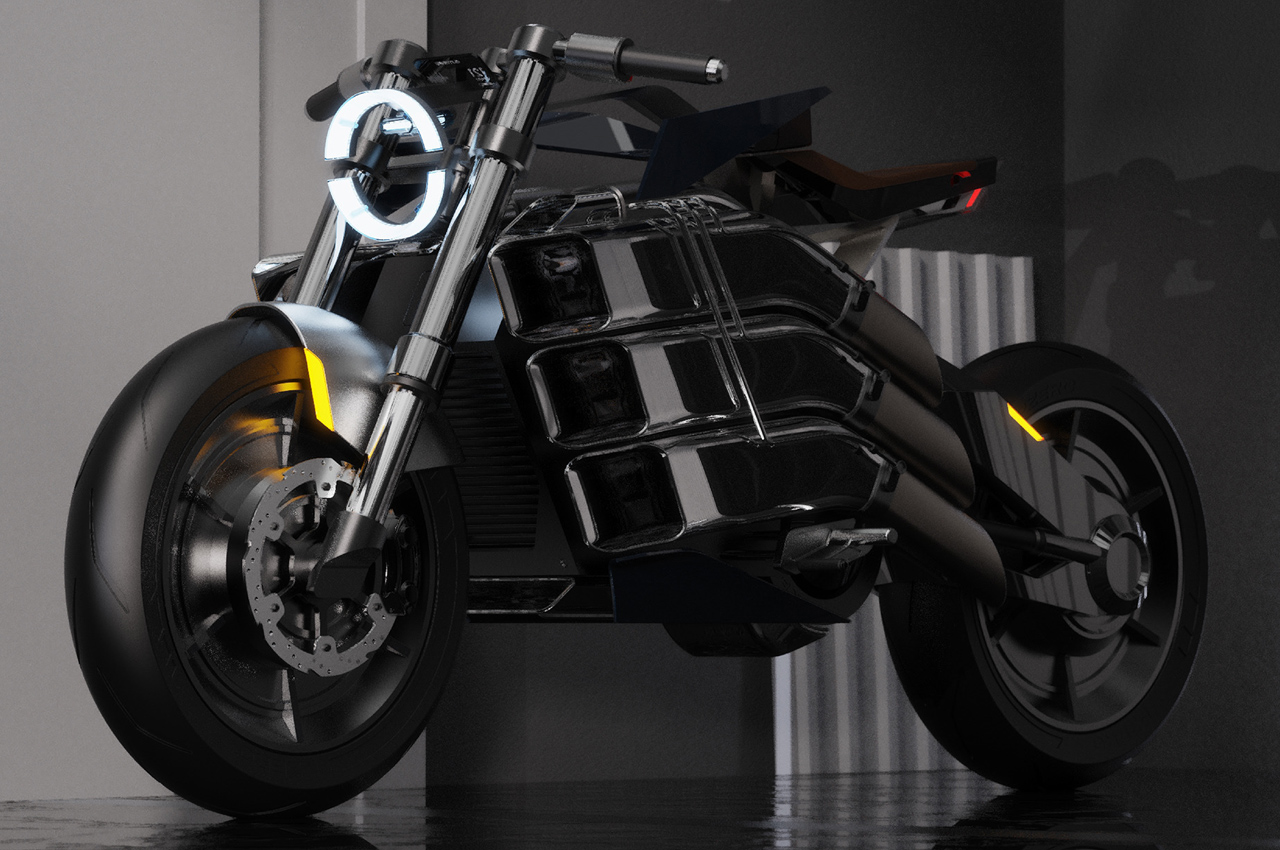 He took inspiration from the Singing Ringing Tree sculpture in Burnley, England which is made out of layers of steel tubes with holes cut in them – something similar to a flute. As the wind blows, melodic sound is produced, and that’s what motivated him to design a bike with a resonating structure on one side. Looking more like the humongous exhausts of a hyperbike, these metal tubes add a handsome character to the ride. According to Lin, the sculpture-inspired design lends the electric motorbike a soulful resonance to the otherwise emotionless motor. 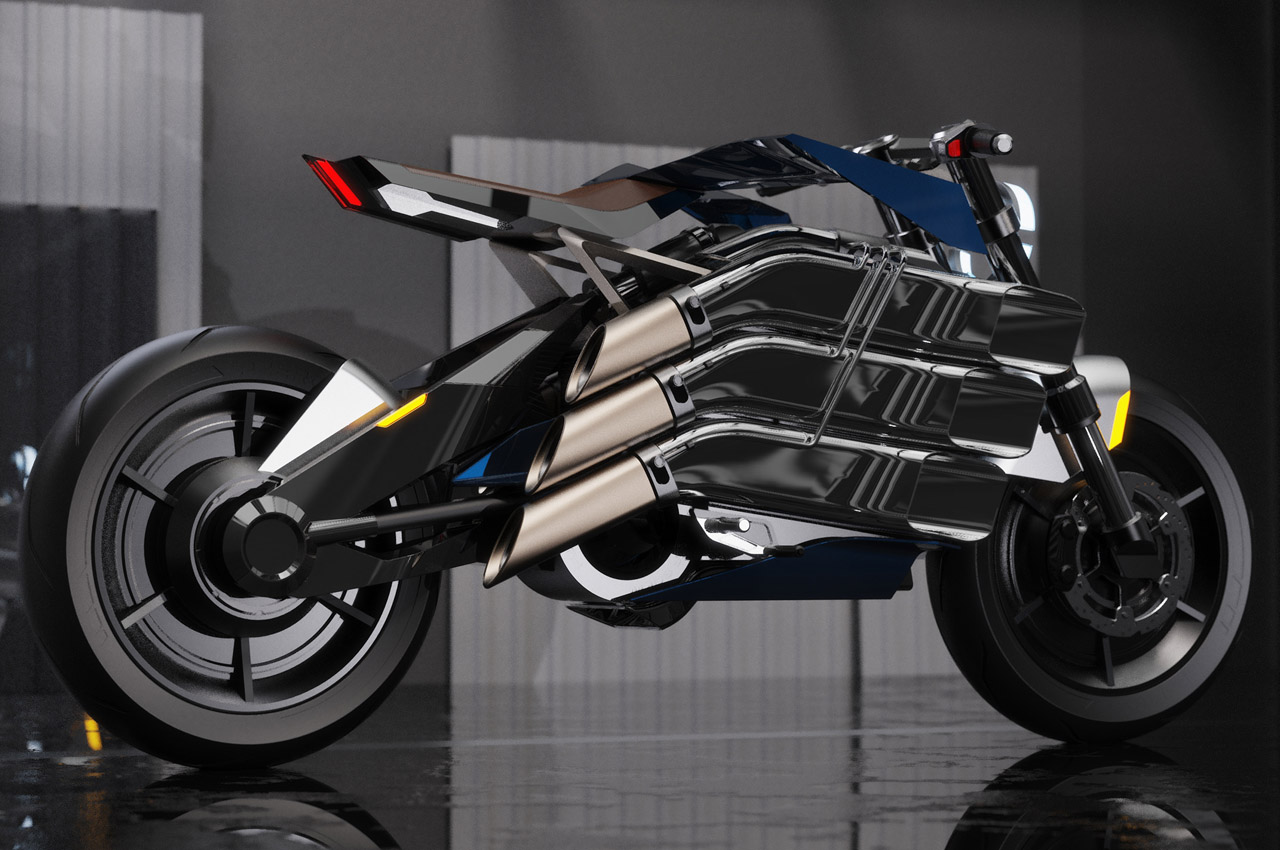 Here the speed can be converted into a low-frequency resonant sound that binds the emotions and elicits a fresher man-machine relationship. On the Euterpe 9 resonant metal tubes of varying lengths are installed on one side of the machine, so as to create different frequencies of harmonic resonance with the speed of the bike. These metal installations are integrated into the body of the bike in a way that they flow with the inherent shape of the two-wheeler. The side wind blows at an almost vertical angle across the metal tube opening, and sound frequency increases or decreases with speed. Another variation is added when the biker leans around the bend, thereby producing a slightly different sound. 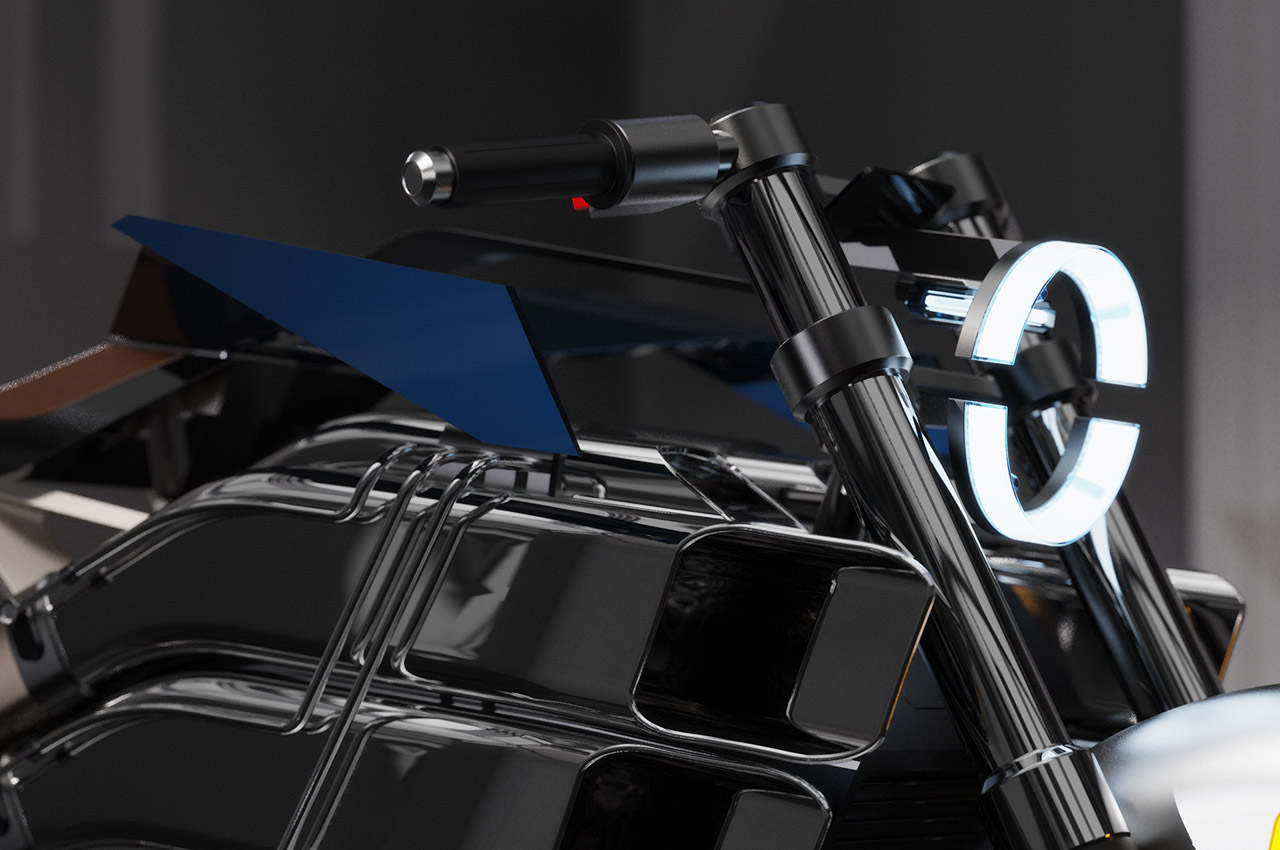 In this concept design, the visual extension and linearity have eliminated space above the battery, thereby permitting for a curved fold above the body giving the EV a lightweight and futuristic feel. At low speeds below 80 kmph the high-pitched waves are produced since the valve is closed. Riding at speeds above 80 kmph will open up the valves of resonance tubes turning the tube into an Opened-pipe Standing Waves tube. 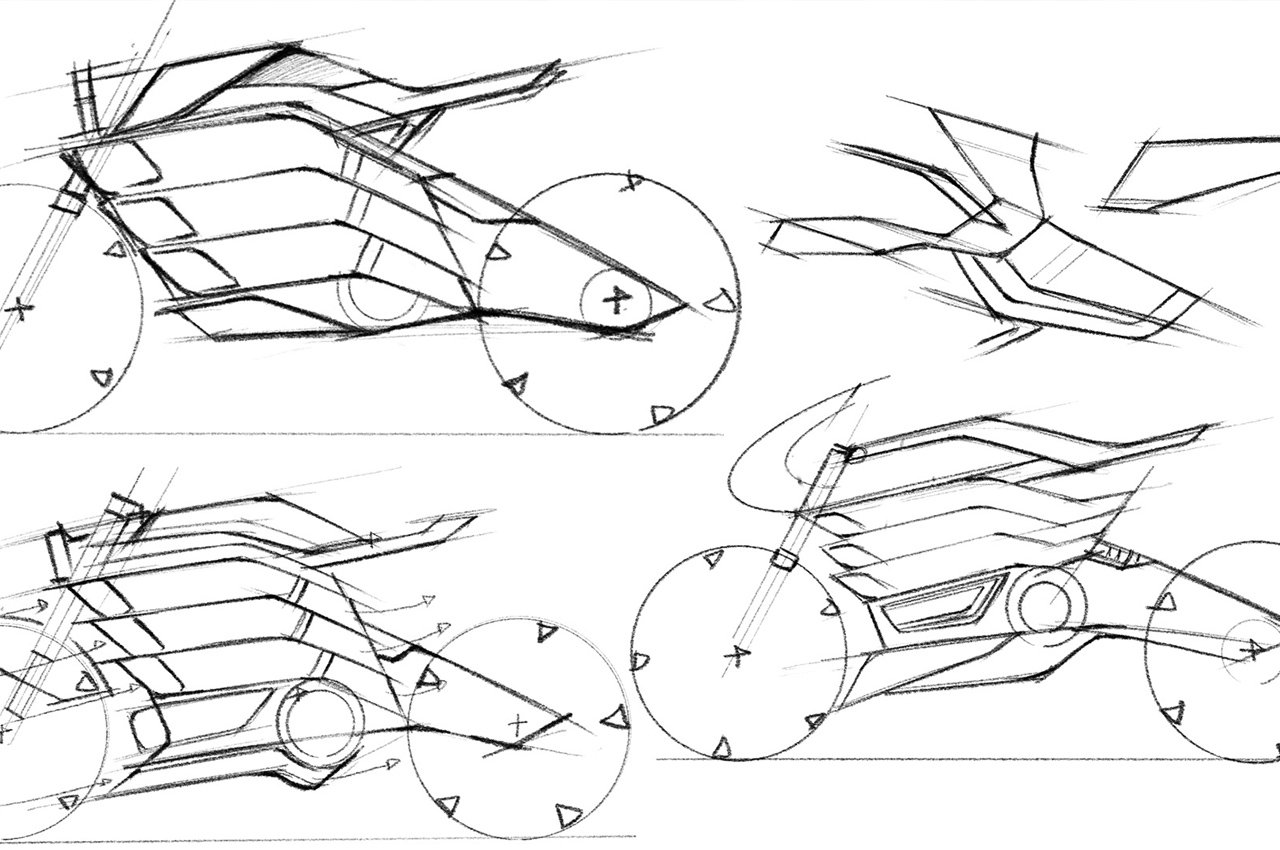 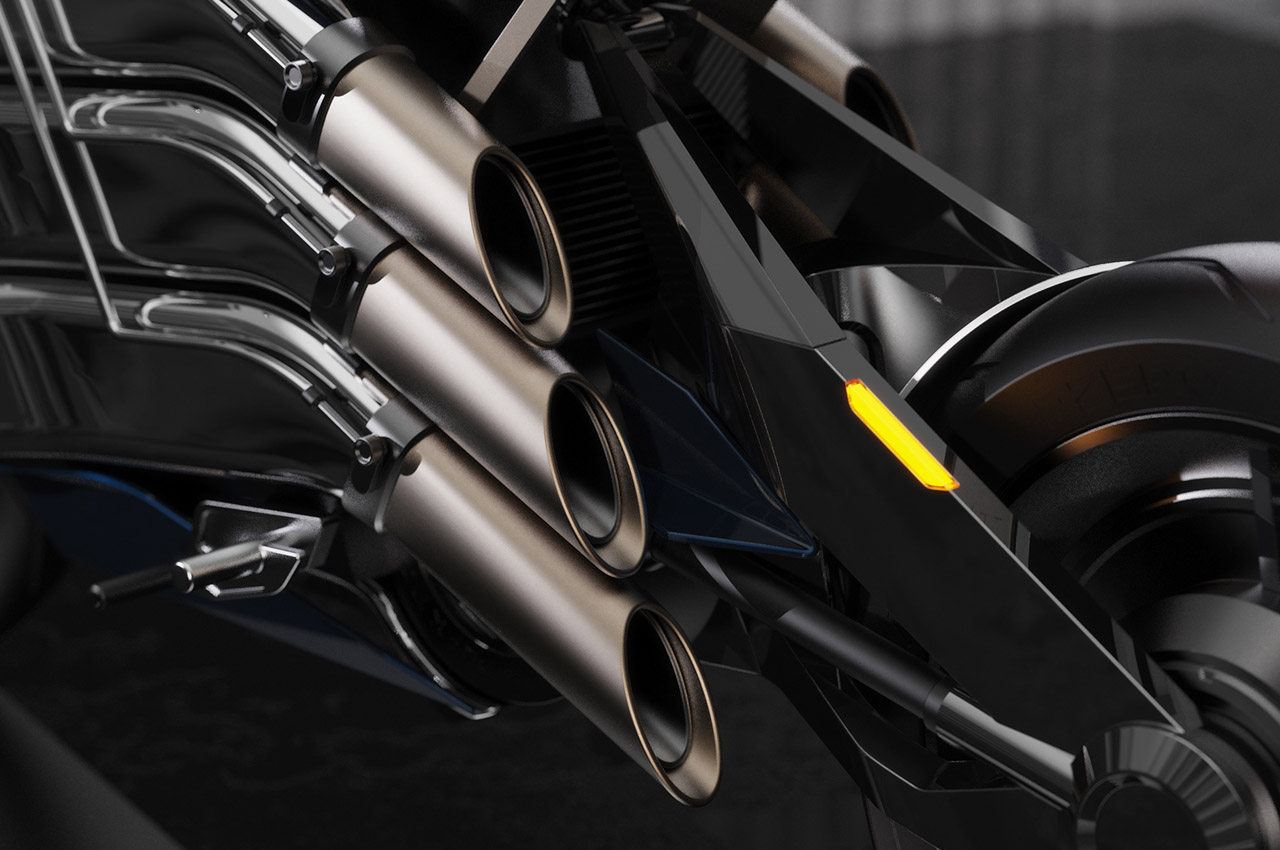 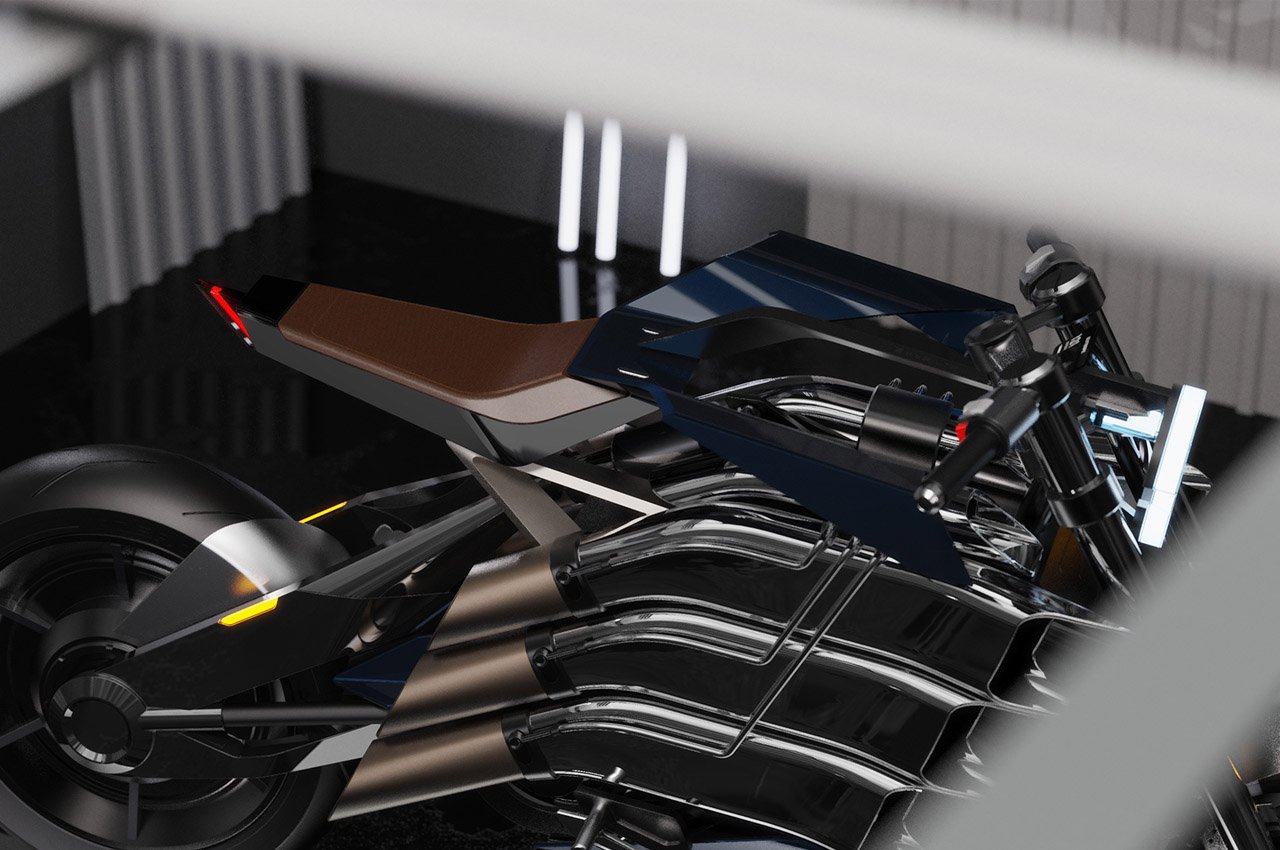 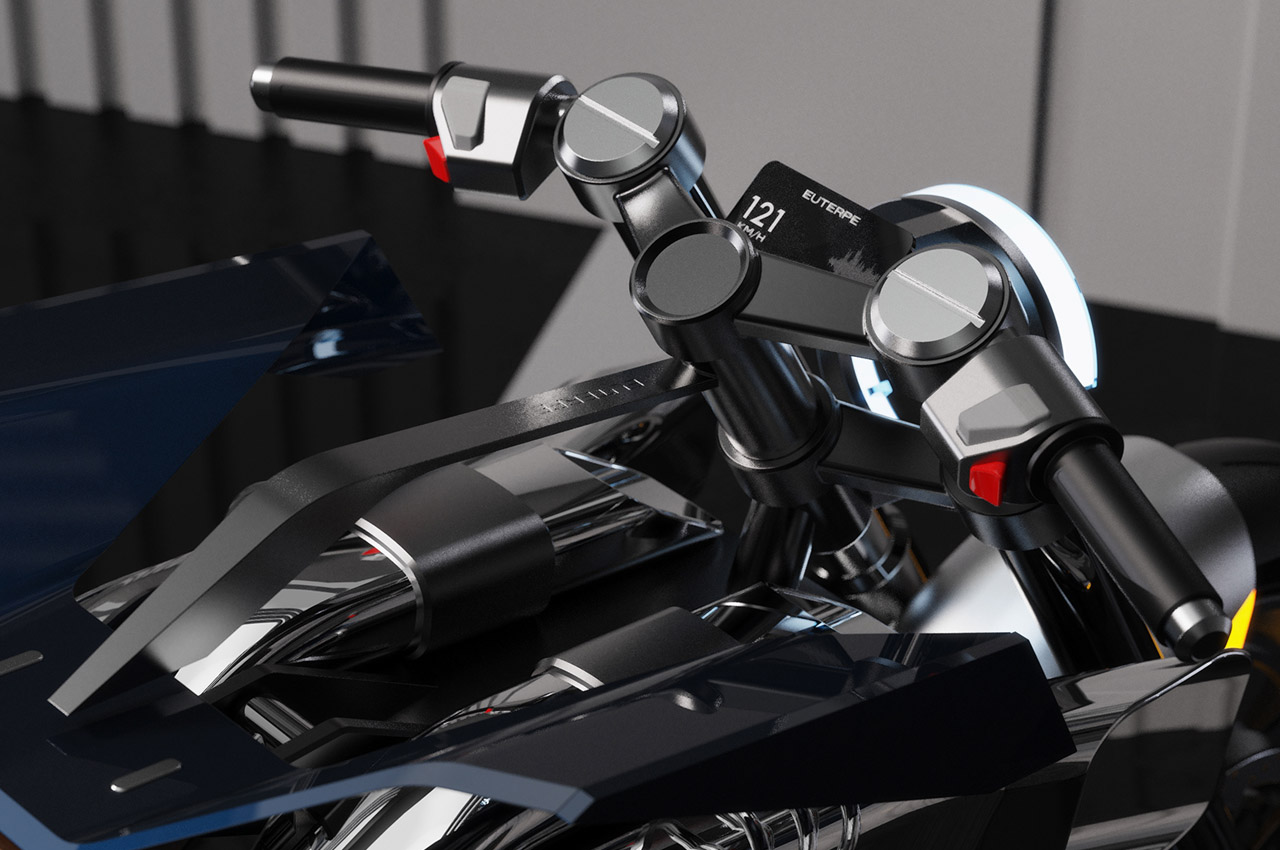 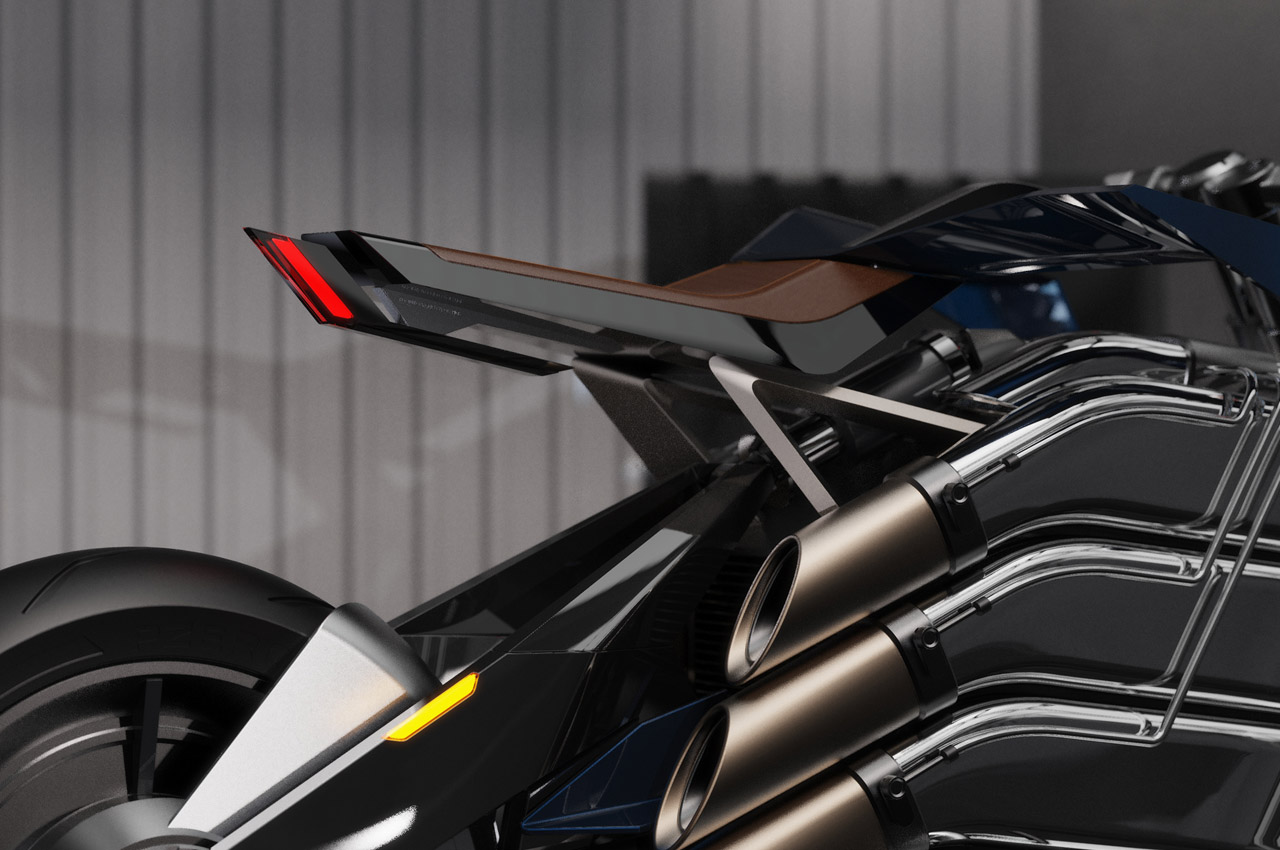 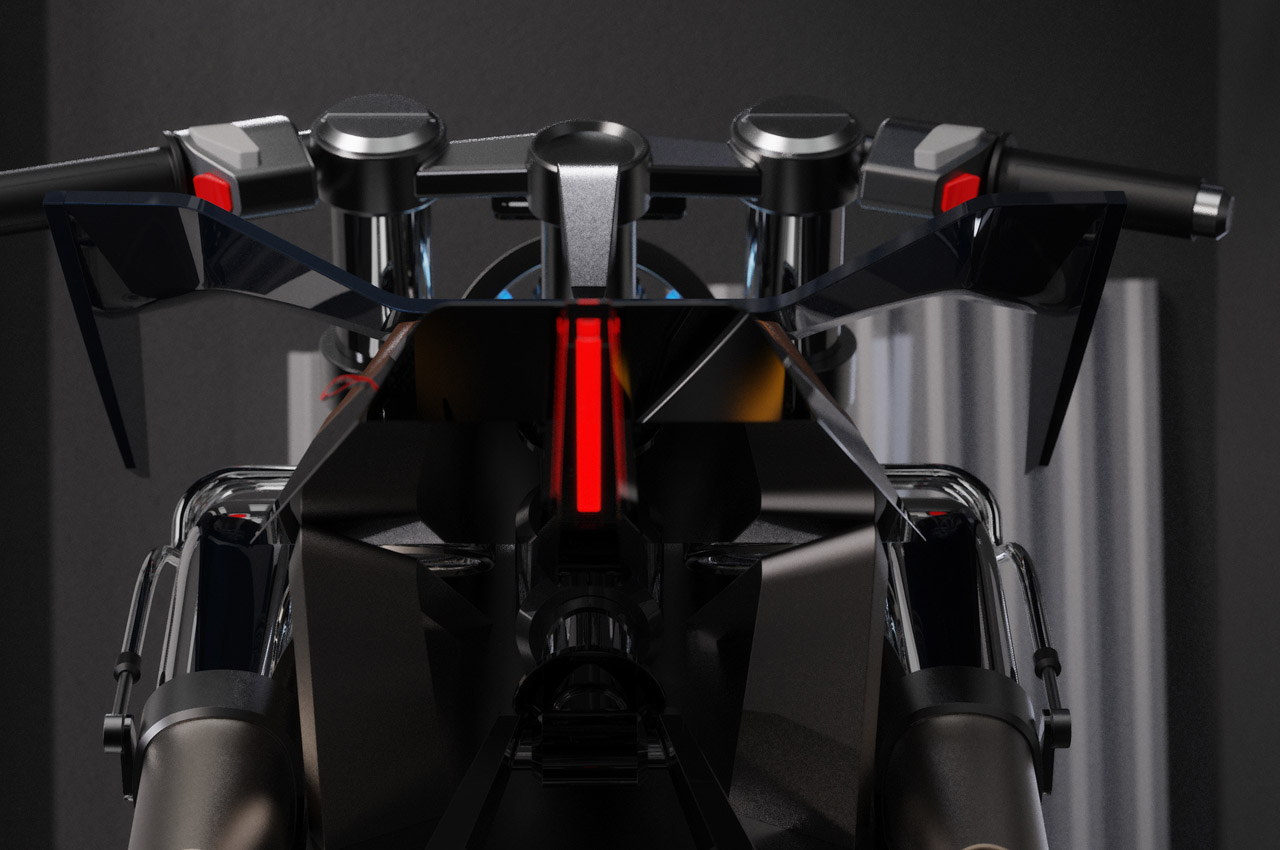 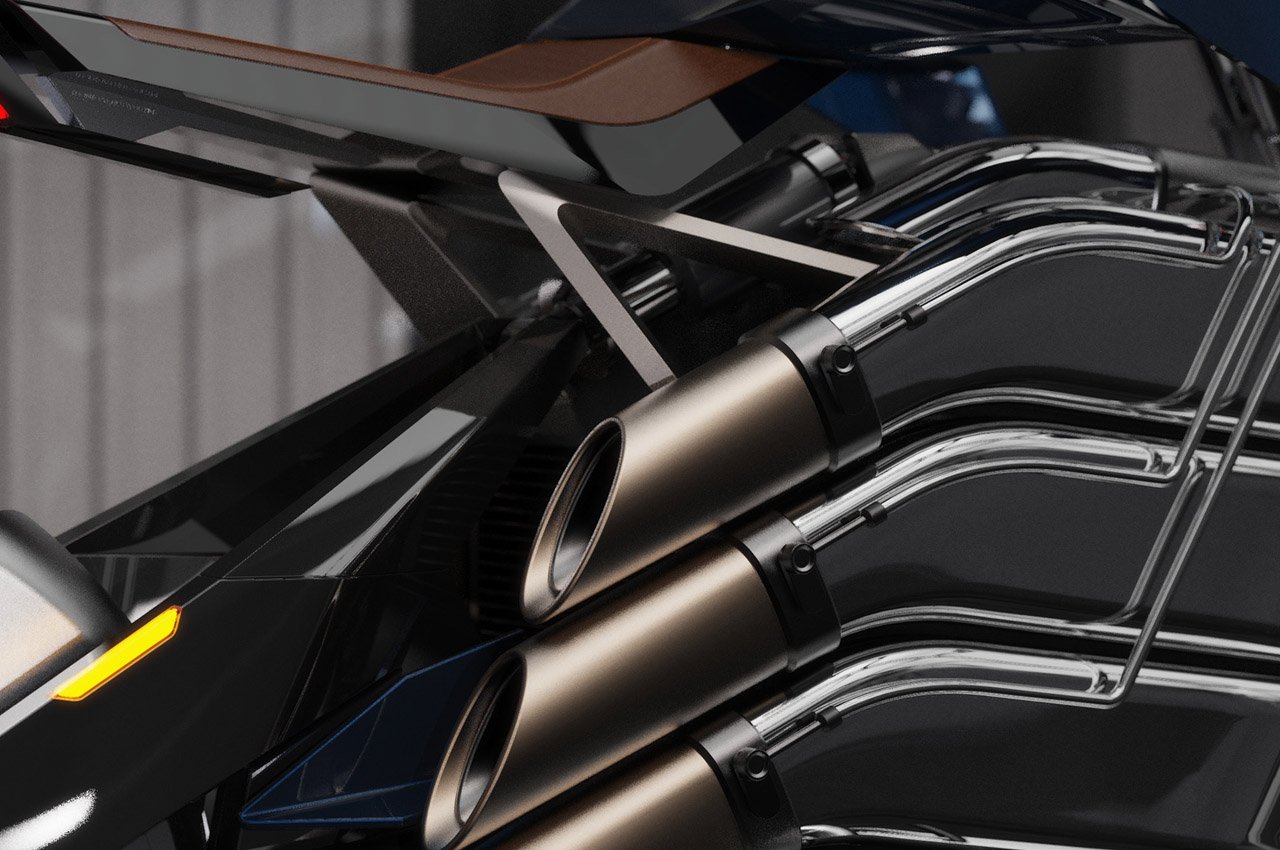 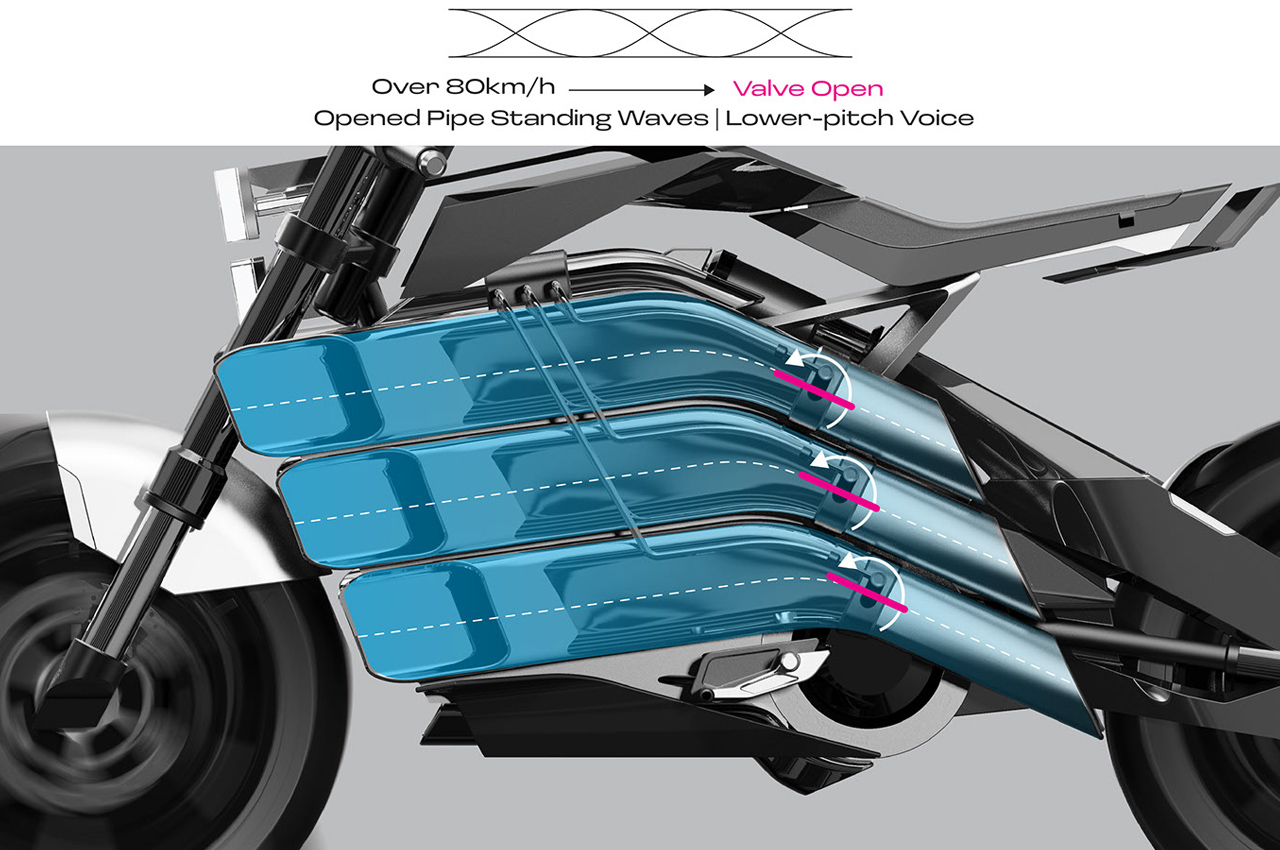 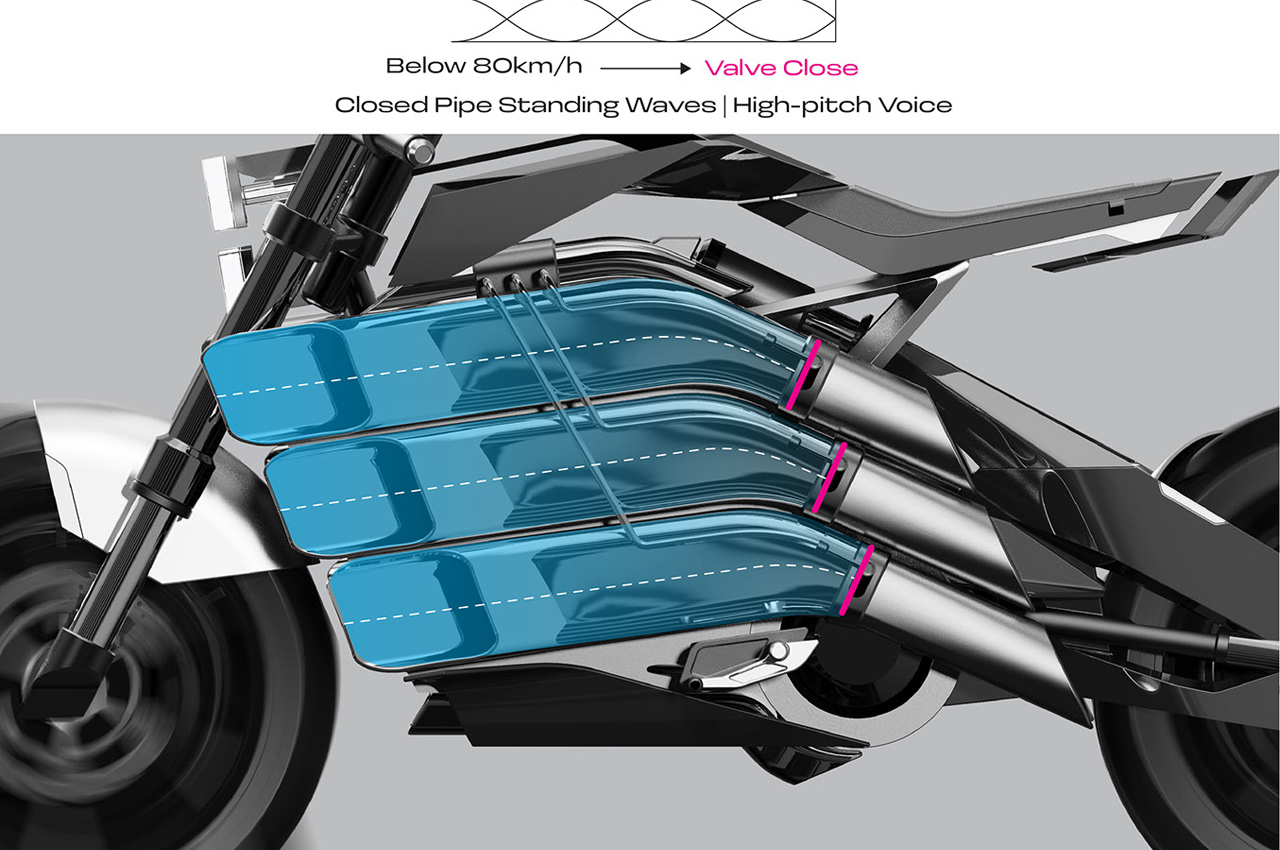 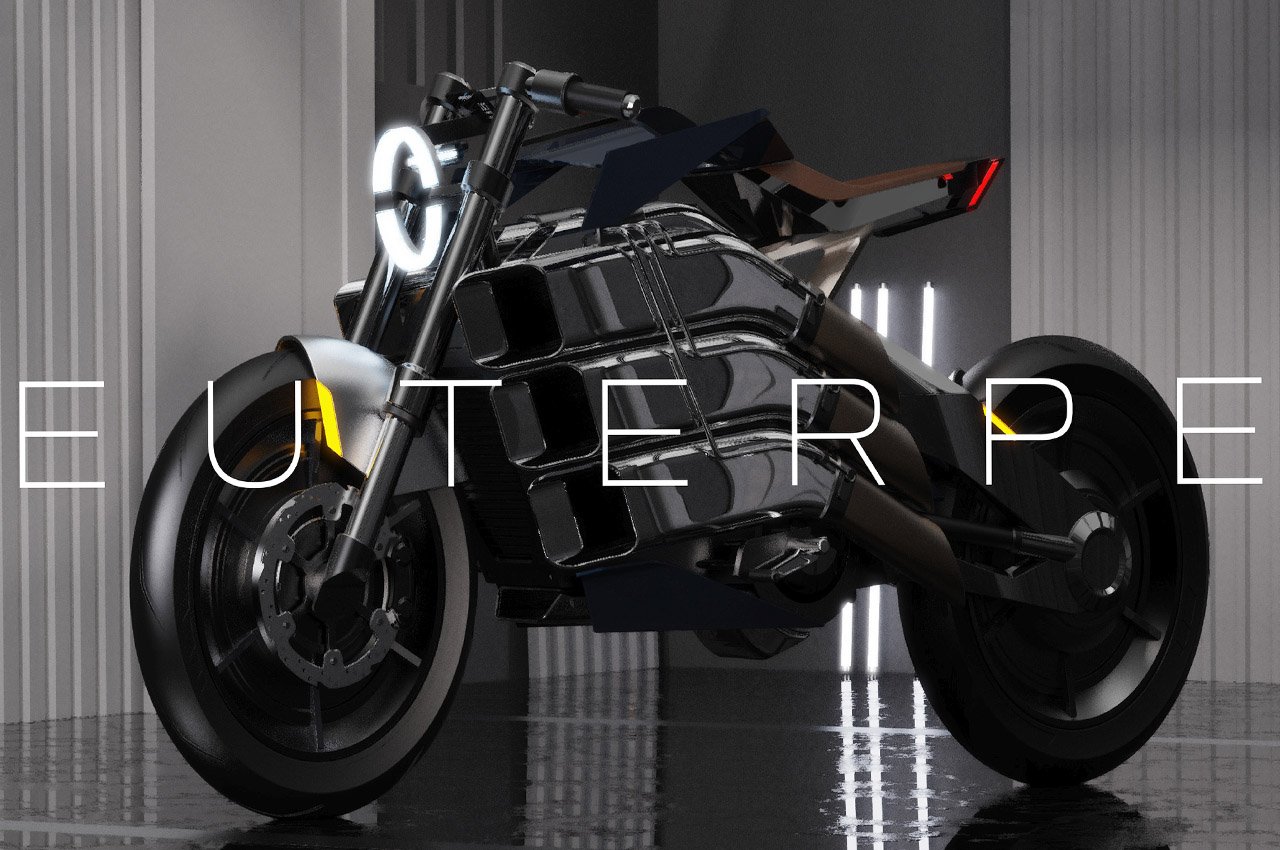 If scooters are too passe for your bad boy, Jesse James lovin’ ego, check out this Chopper Scooter. The motorized mover was designed with linear…

Designed to maximize efficiency in industrial workplaces, the Tool Trike provides a lightweight, eco-friendly and easy-to-use way of lugging around small (but often cumbersome and…

Pantone recently announced that its 2022 color of the year is a shade of blue! Called Very Peri, and described as “periwinkle blue”, the intriguing…

LEGO-inspired concrete organizer is modular, holds your belongings, and even docks your phone!

This bauble-box is brutalist beauty at its best! The Mesh, by Mexico-based Shift is a concrete organizer that allows you to store all your small…