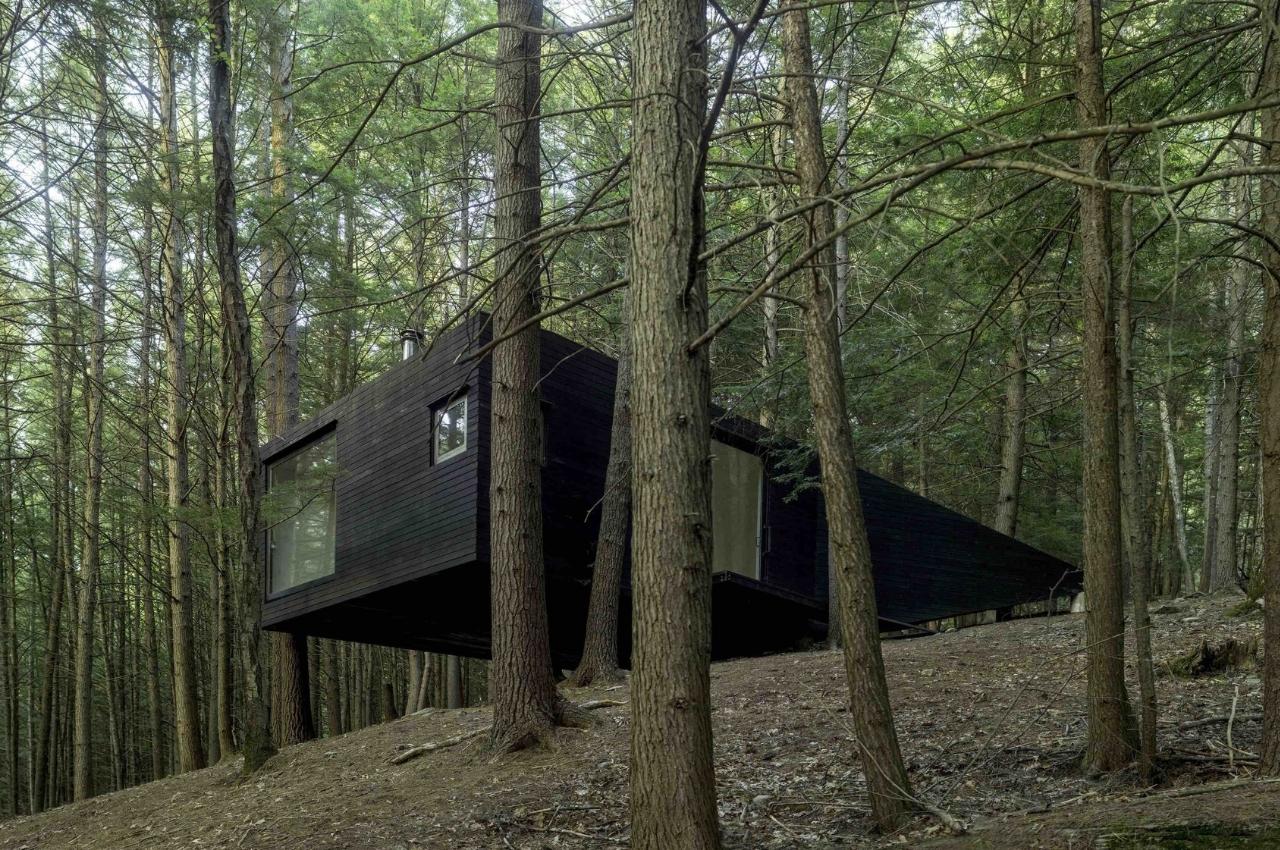 When you think of a treehouse, it may bring back memories of your childhood, or if you’ve never had one, you might think of the ones from movies with kids hanging out there in the summer. But it seems that grown-ups dreaming of tree houses have something more intricate and bigger in mind. A group of architect friends was able to create a cabin situated between trees, which can technically be called a treehouse, on just a $20,000 construction budget. 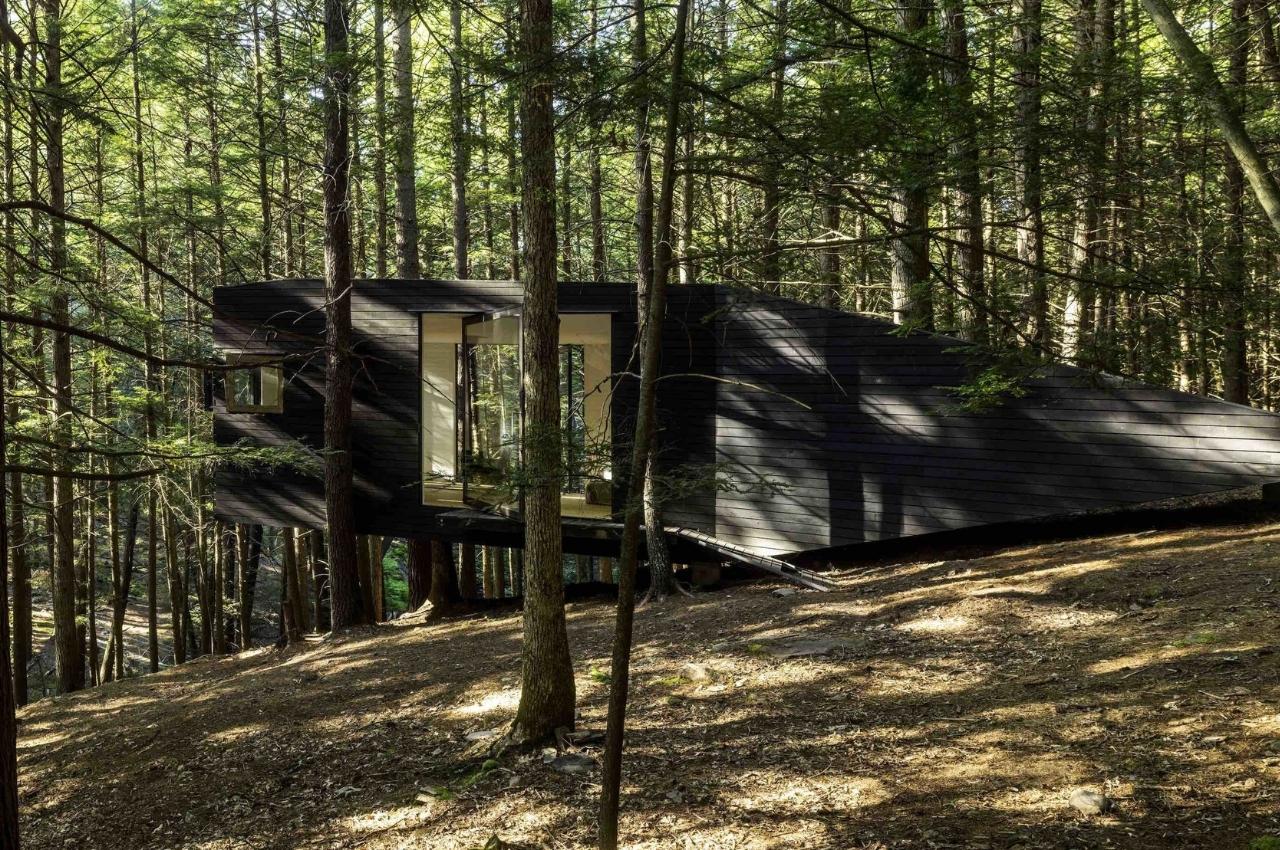 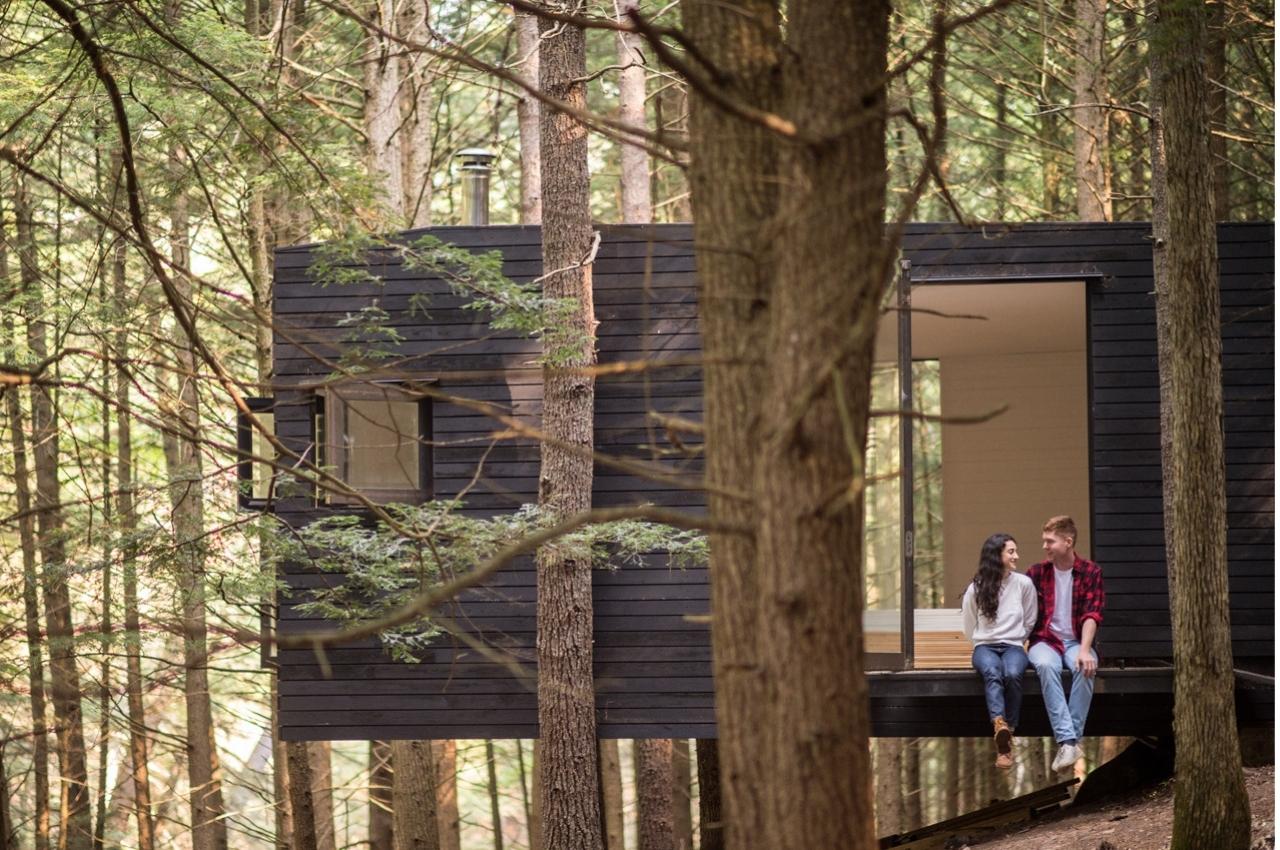 Having a cabin outside of the city where you can get away every once in a while is a dream for most people. This minimalist 360-square-foot cabin is supported by the trees surrounding it and was constructed using a minimal budget and with most of the work to be done above ground. The most expensive part of the structure is the three 8×8 steel-tube pivot doors which were actually created off-site and installed together with dual-insulated glass panels. 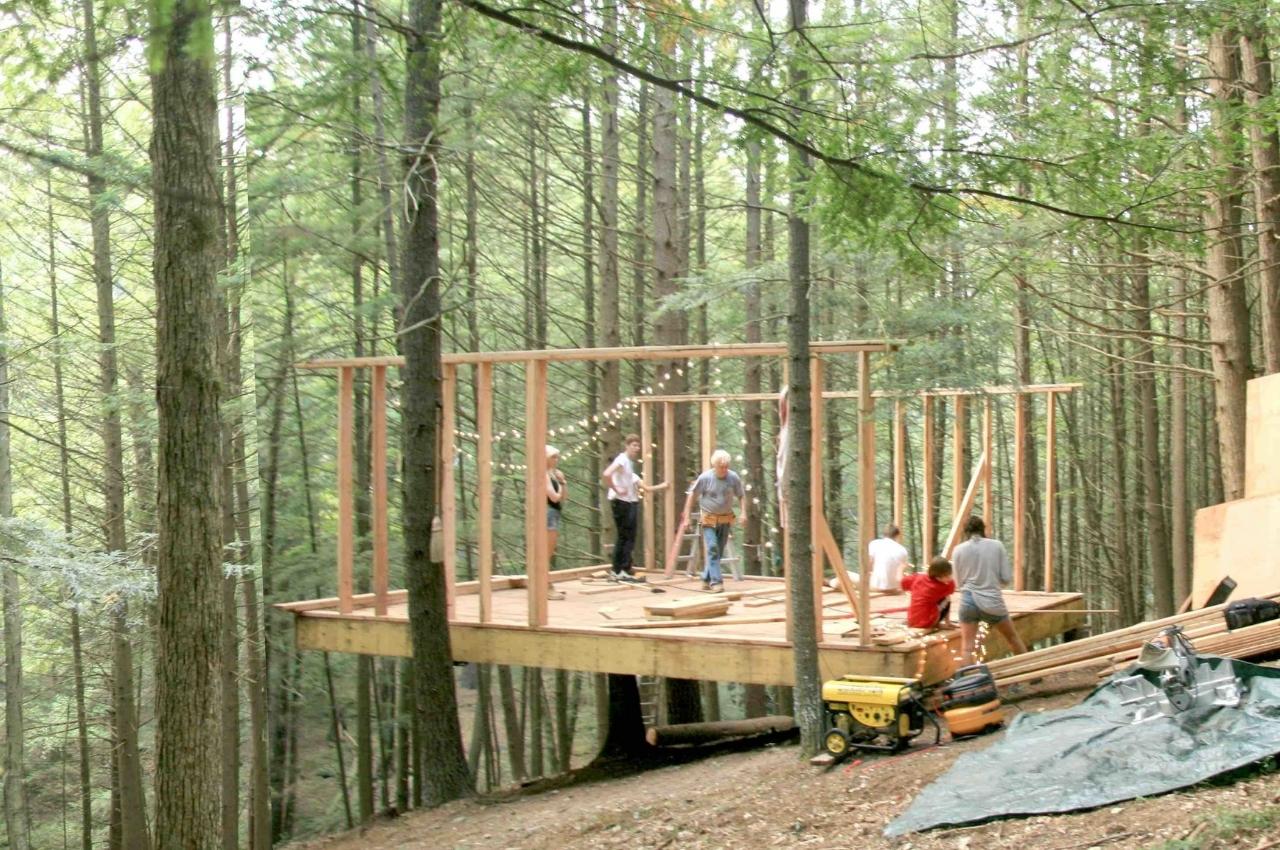 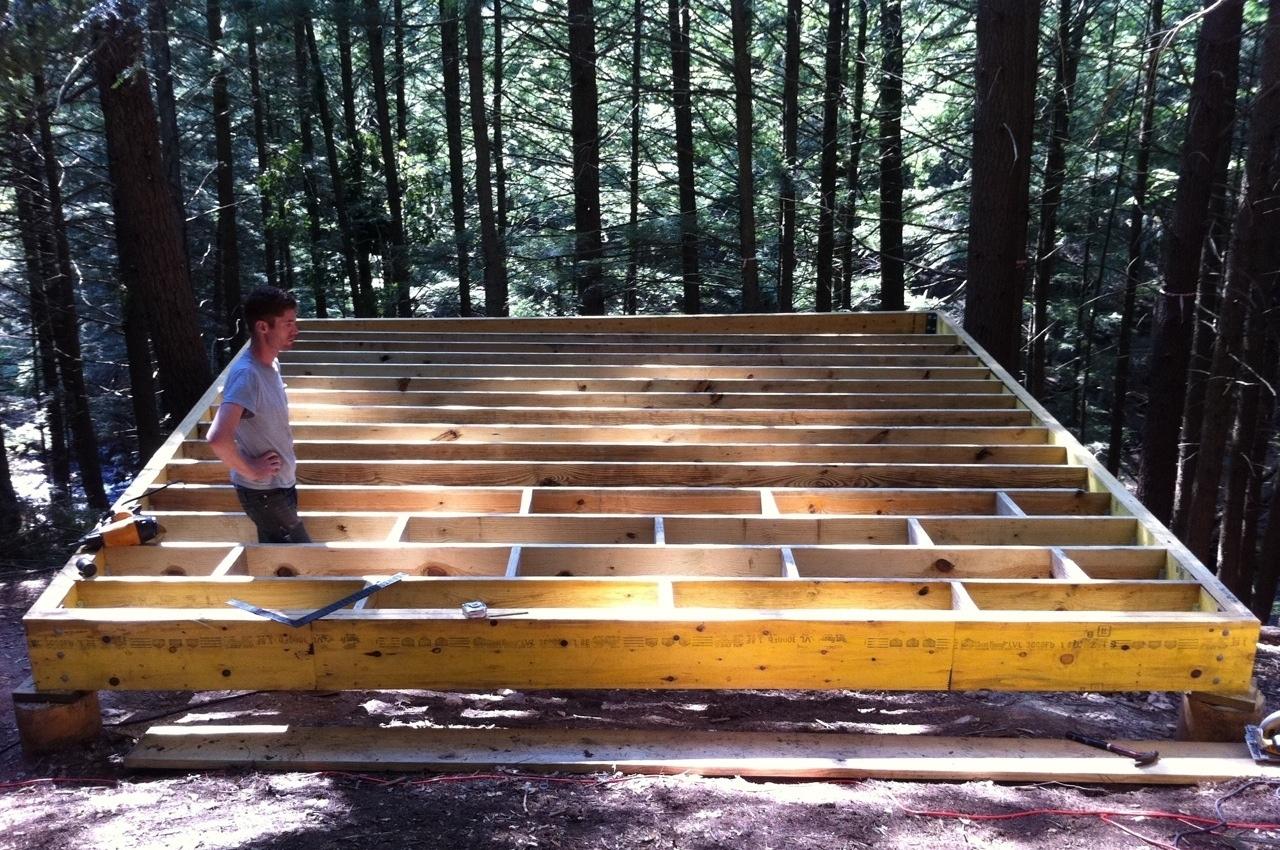 The framing of the cabin uses standard nominal lumber, while the perimeter uses engineered wood beams. In order to balance the house on the upslope corners and between the two trees, they used Sonotube footings and Garnier Limbs to distribute the weight of the entire structure. Although some of the eastern pines were cut down, they were used to create the exterior and interior boards of the treehouse after they were milled and kiln-dried. 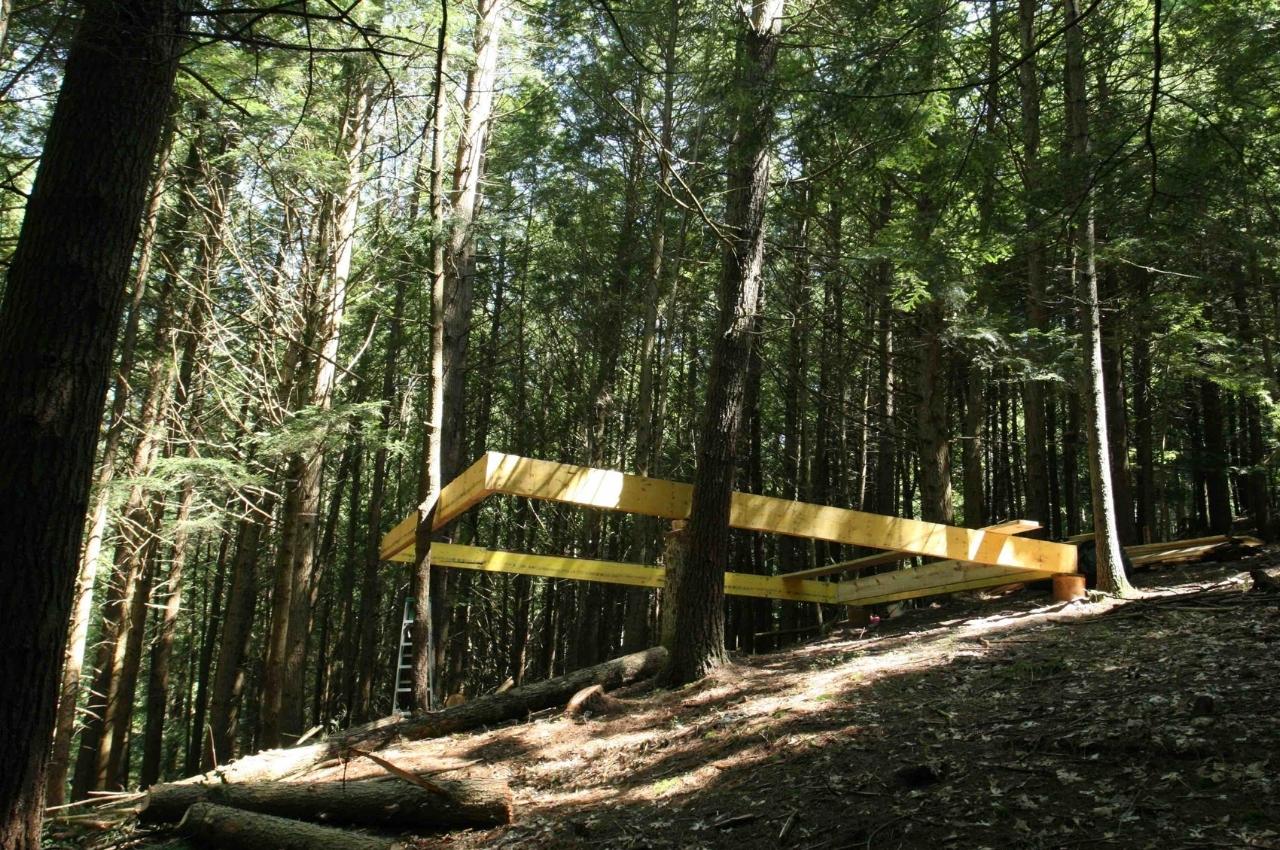 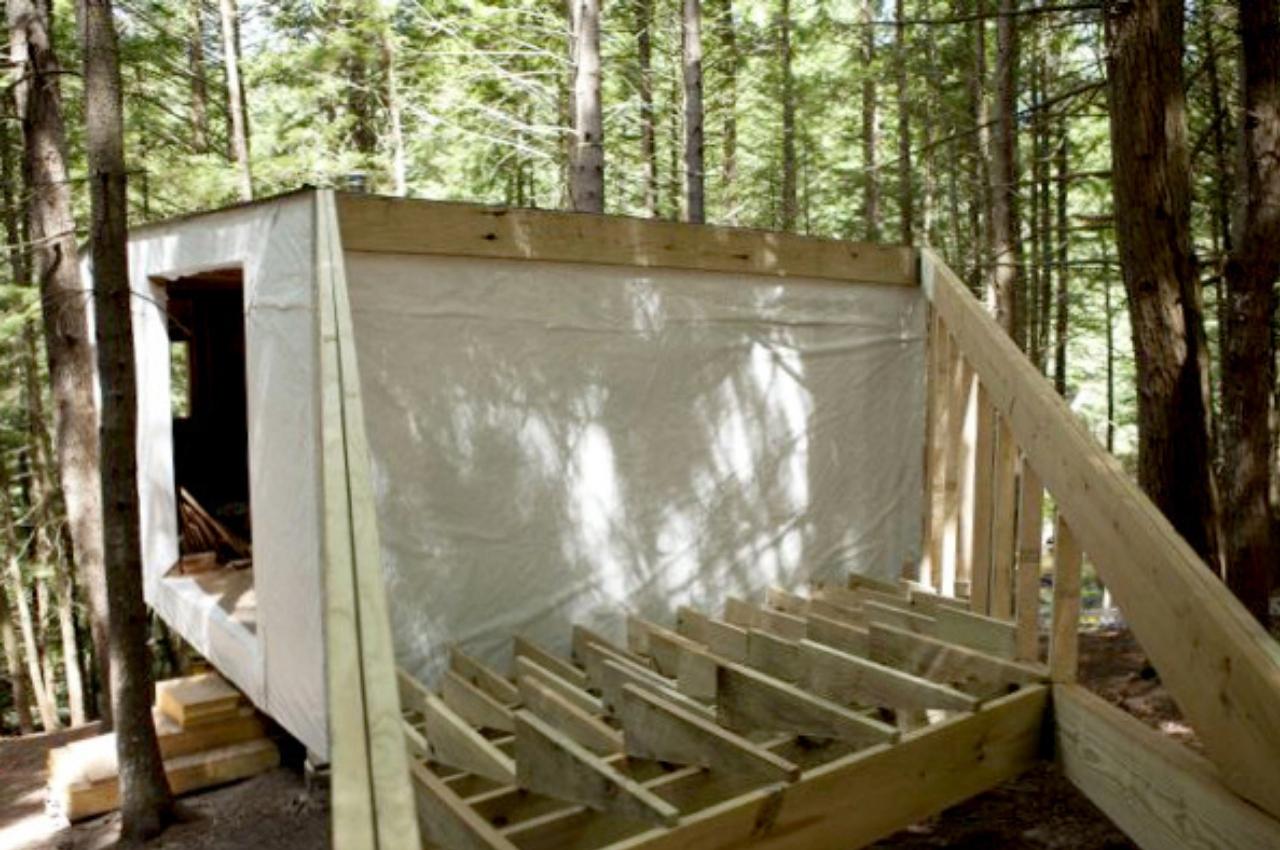 The cabin has large glass windows so you will be able to look at the surrounding trees and forest while relaxing inside. It also gives your cozy tree house natural light. The exterior boards are coated with Scandinavian pine tar to give it extra protection, especially during the wet and cold winters in the Sullivan County, just outside of New York, where the cabin is located. There is a Jotul woodstove where you get your heat and a portable generator if needed. 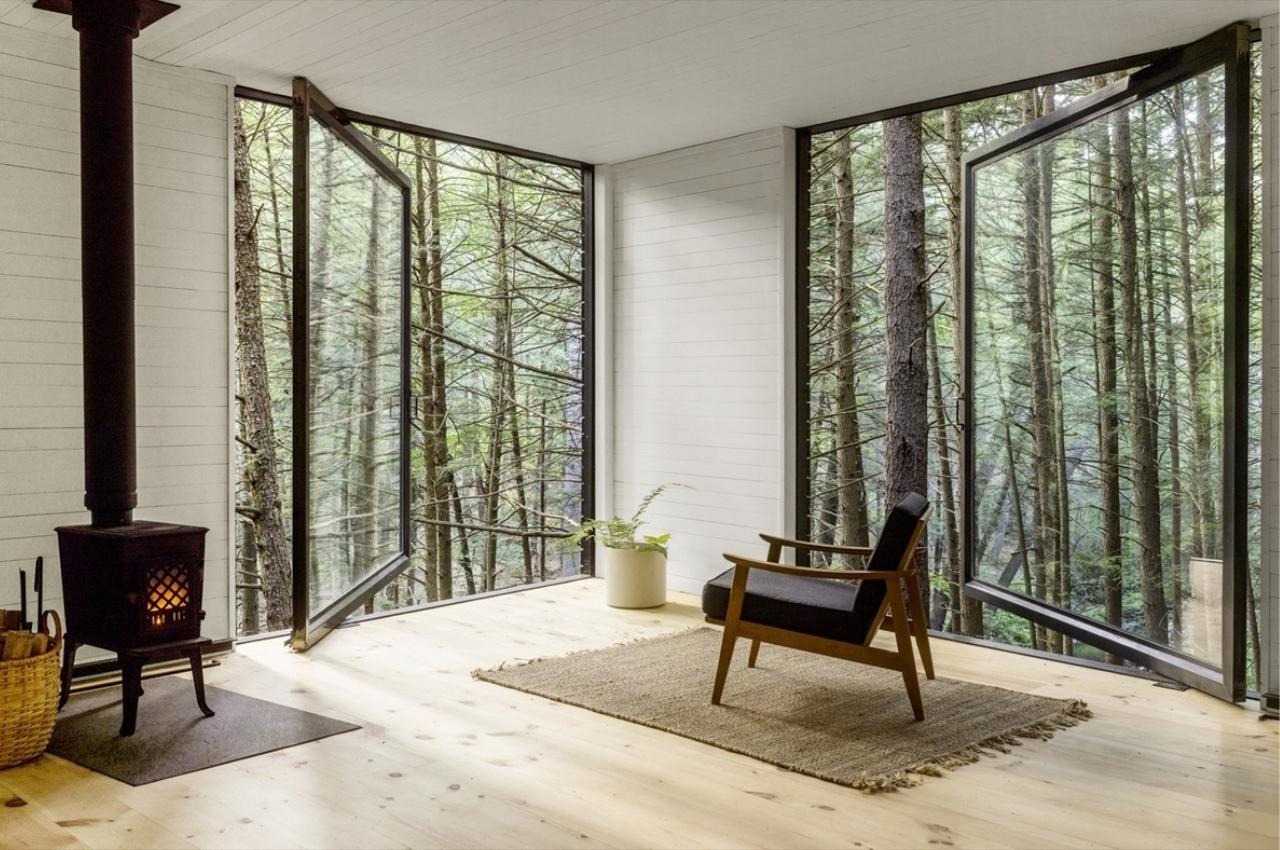 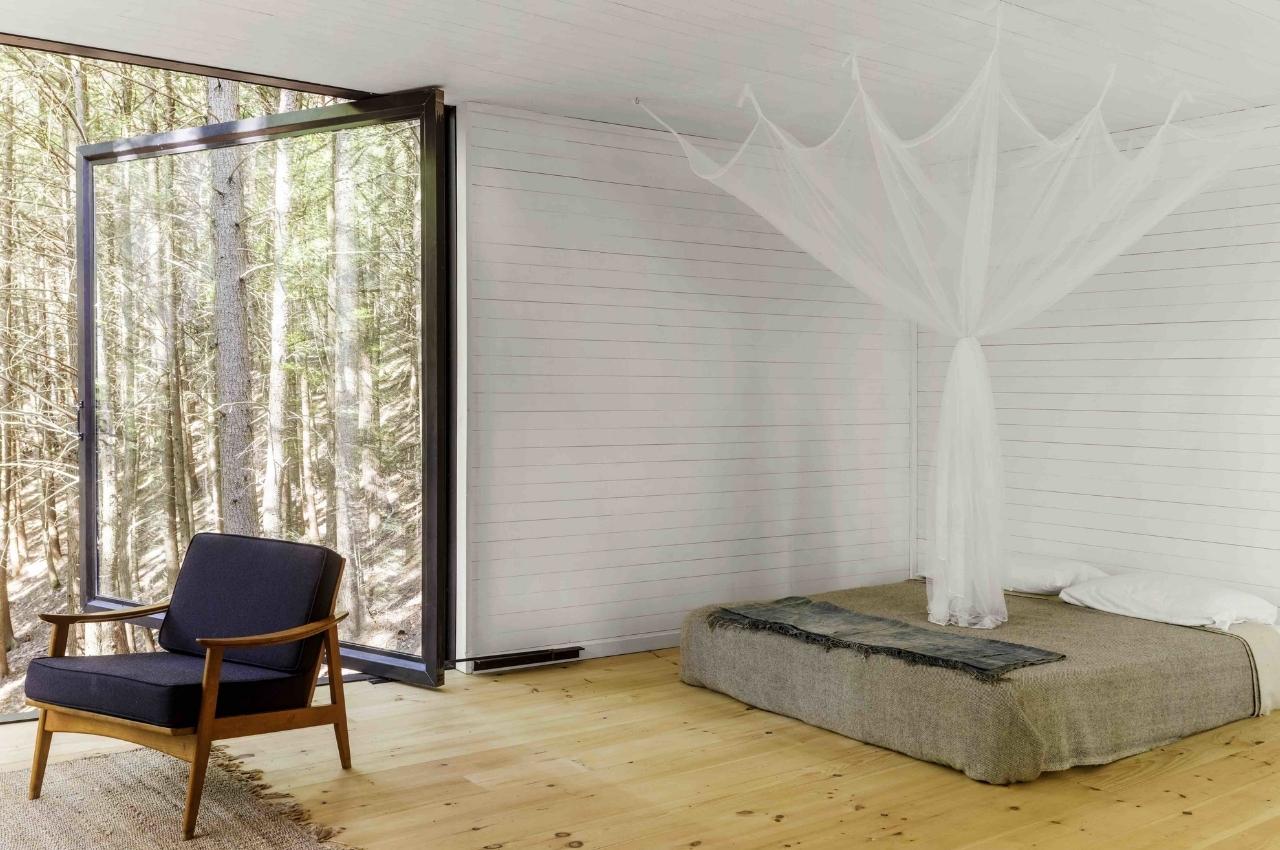 This treehouse is not somewhere you can live in for a long period of time but you can go there if you need to escape the bustle of the city. I would probably get a bit nervous at first sitting inside it seeing as it’s on a slope but if you trust the architects that designed it and the amateur weekend builders who constructed it. 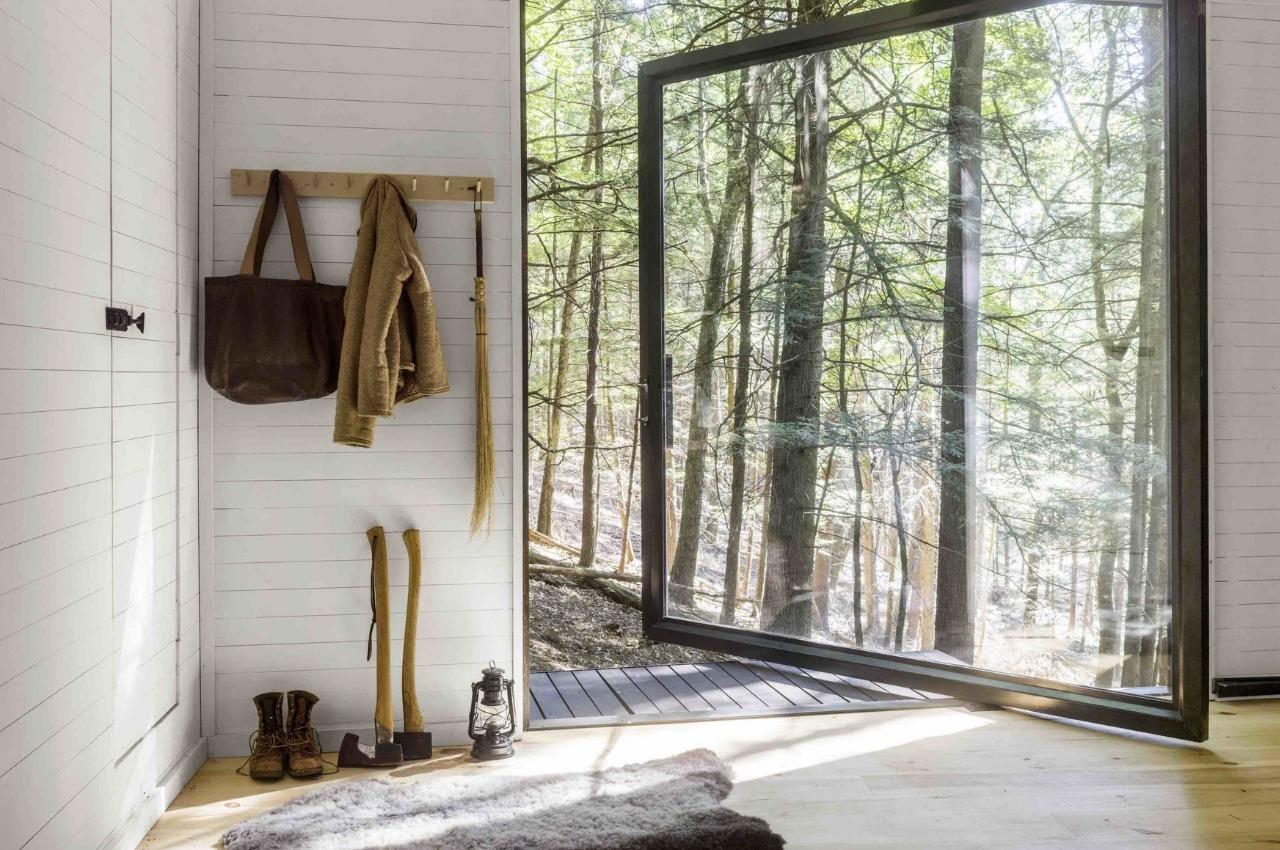 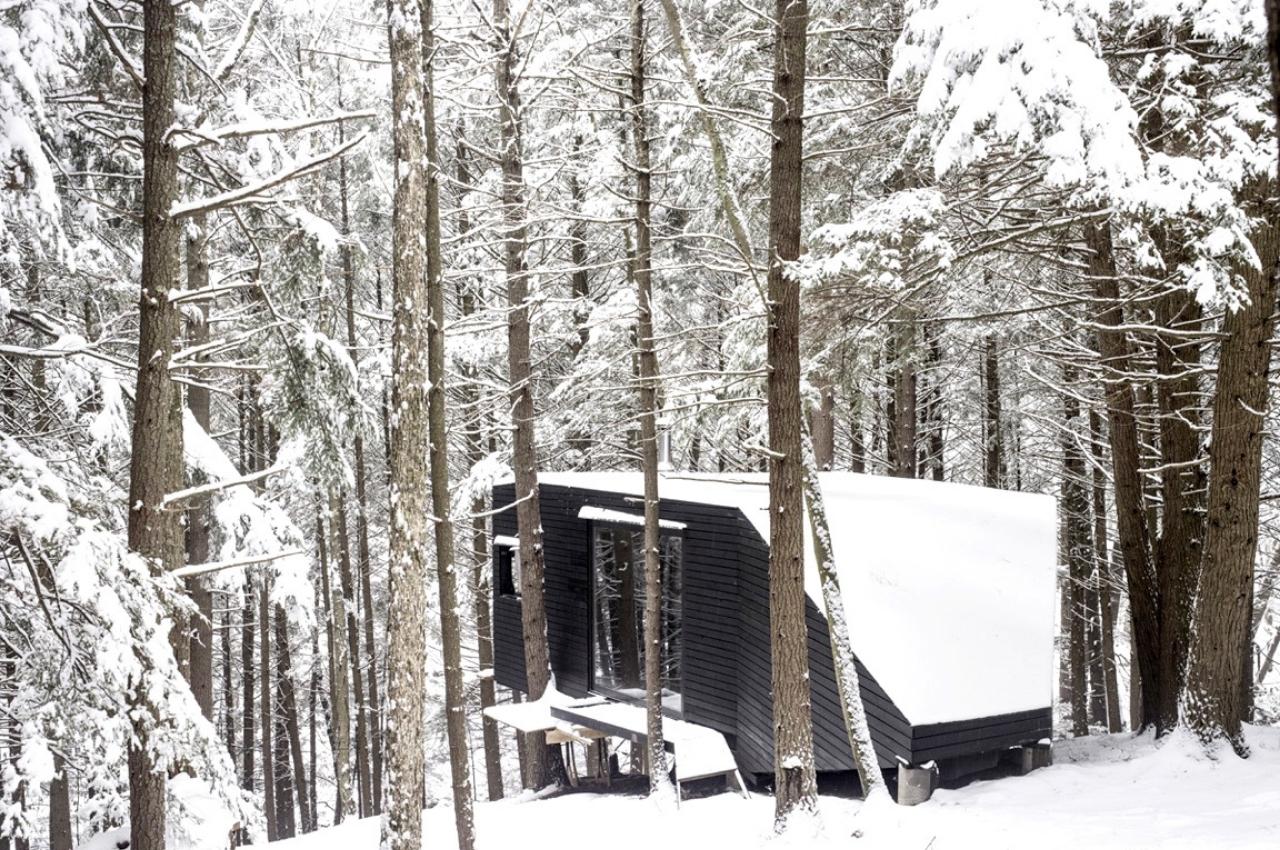 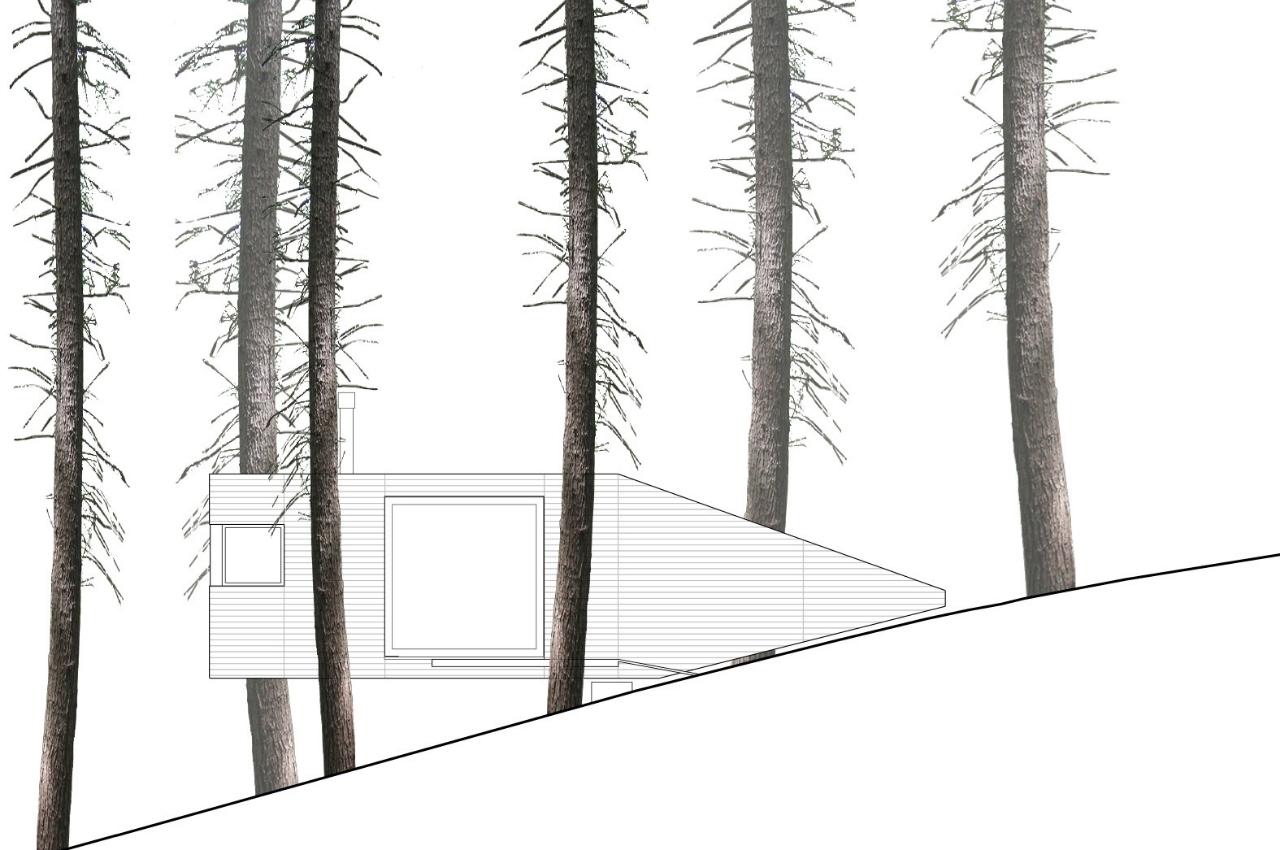 The Efjord Cabin is a triple-glazed glass cabin that one newlywed couple calls home on the Hallvardøy Island in northern Norway. When you’d rather spend…

Libraries designed to transport you to the book-lovers dimension!

I confess I am a complete bibliophile, which can be defined as a lover (phile) of books (biblio). My love of books transcends my love…