Designed as a passion project, Daniel Shirkey’s Earth Moc was created as a potential recovery shoe for hikers. Shirley’s prime objective was to figure out how one single material could fulfill every aspect of a shoe’s experience from its flexibility to comfort, while giving your feet the support they need after a tough hike. Shirley’s design even comes with treads on its underside that additionally allow you to do some light hiking in, giving the right amount of traction required on moderately uneven surfaces and dirt paths.

The highlight of the Earth Moc is its design. The entire shoe is made from a single material, sort of like a Croc, except it features interwoven elements that provide the stretch and flexibility of a conventional sandal. While most single-material shoes are made by injection molding of an elastomer, Shirley’s concept goes down a different route. The interwoven elements are practically impossible to mold in a traditional injection mold, which is why Shirley resorted to 3D printing. Prototypes of the shoe were made by Switzerland-based Sintratec, a 3D printing and solutions company. Inspired by intertwining roots and vines, Shirley’s shoe was 3D printed on the Sintratec S2 system with flexible TPE.

In the video above, Shirley describes his approach to visualizing and modeling the shoe. The Earth Moc’s complex lattice of woven straps was rather difficult to directly visualize on a sketch or in a 3D software, so Shirley went low-tech by covering a plastic shoe-insert with masking tape and directly sketching on top of it (you can see a comparison below). 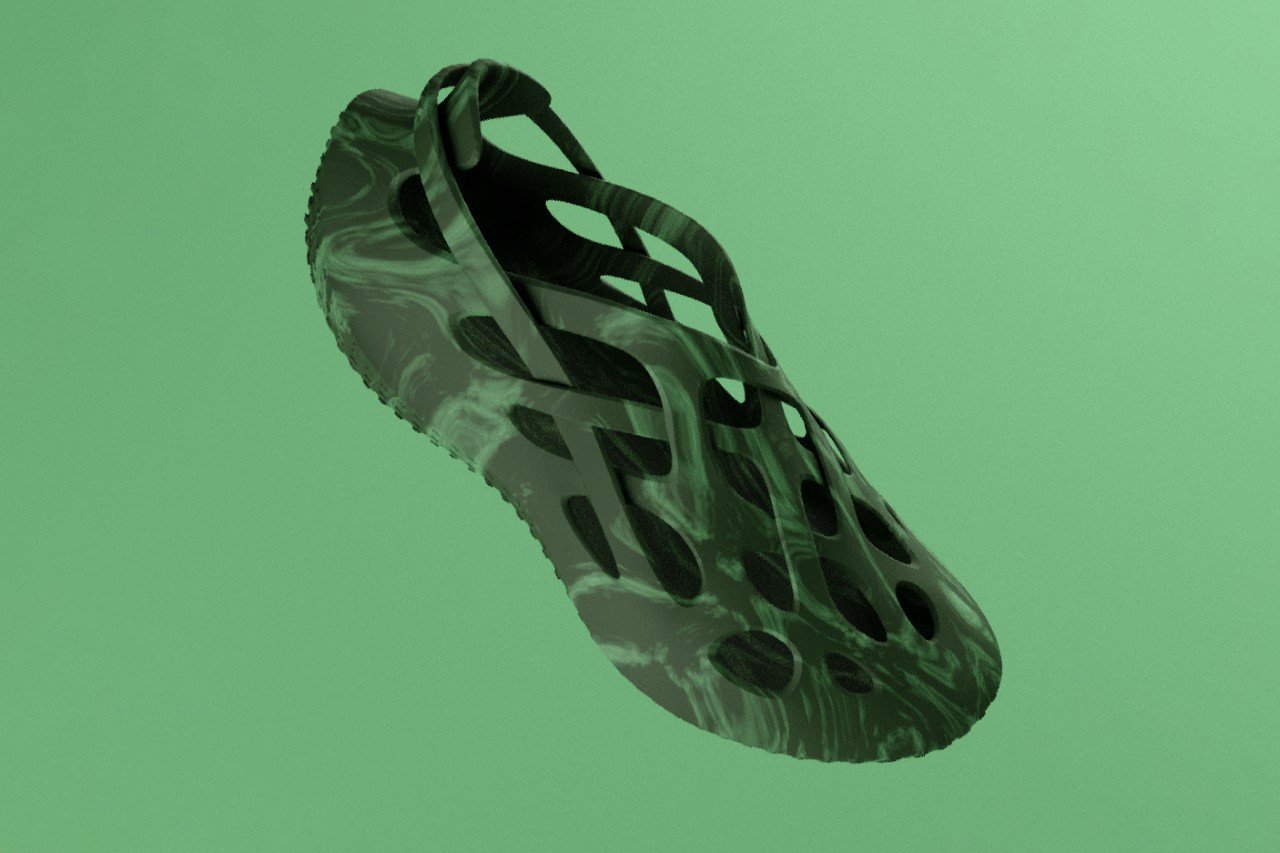 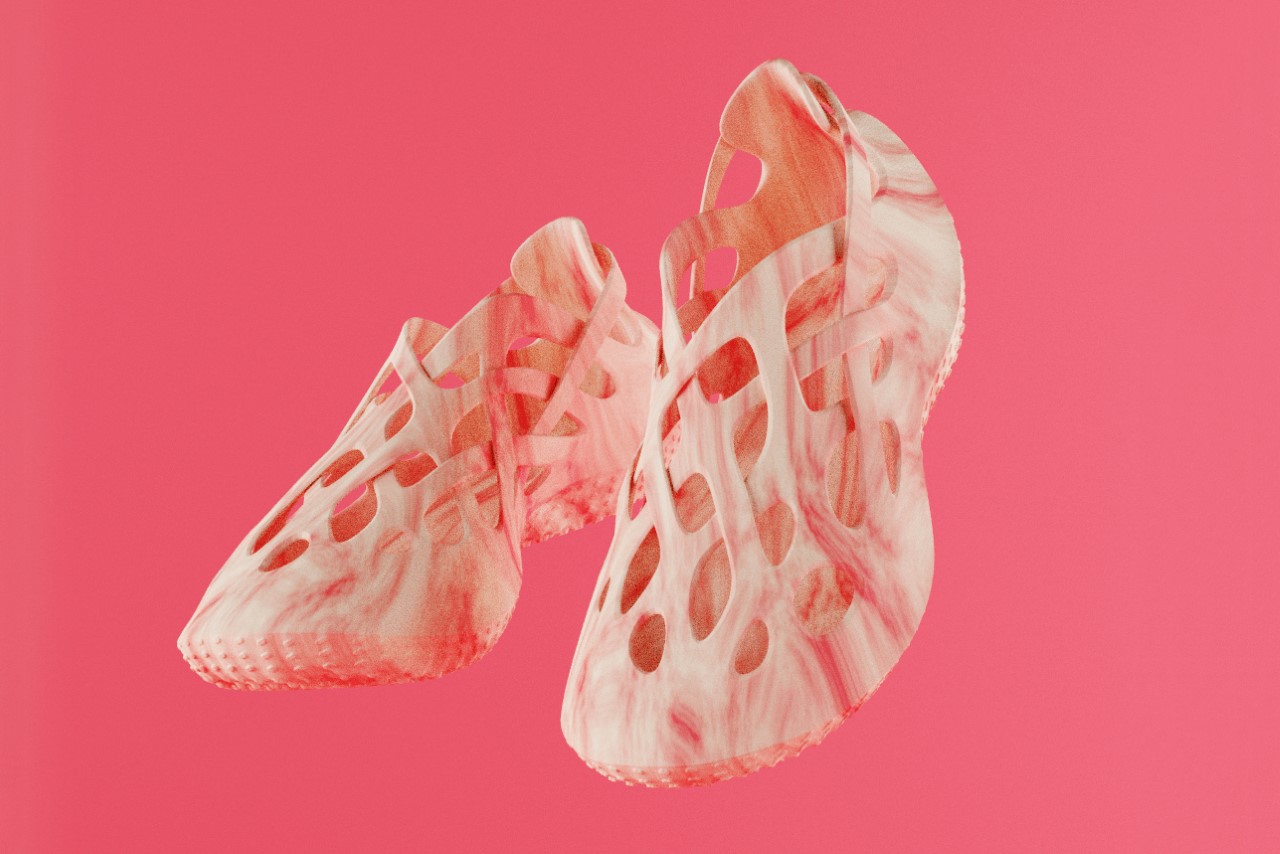 Once Shirley’s low-tech sketch was ready, he took it into VR-based 3D-modeling software Gravity Sketch to make an actual CAD model of the shoe. After sharing renders on his social media, Shirley teamed up with Sintratec to build a working prototype out of TPE. The Earth MOC, while a working proof of concept, isn’t available for sale at the moment, although things could change in the future. 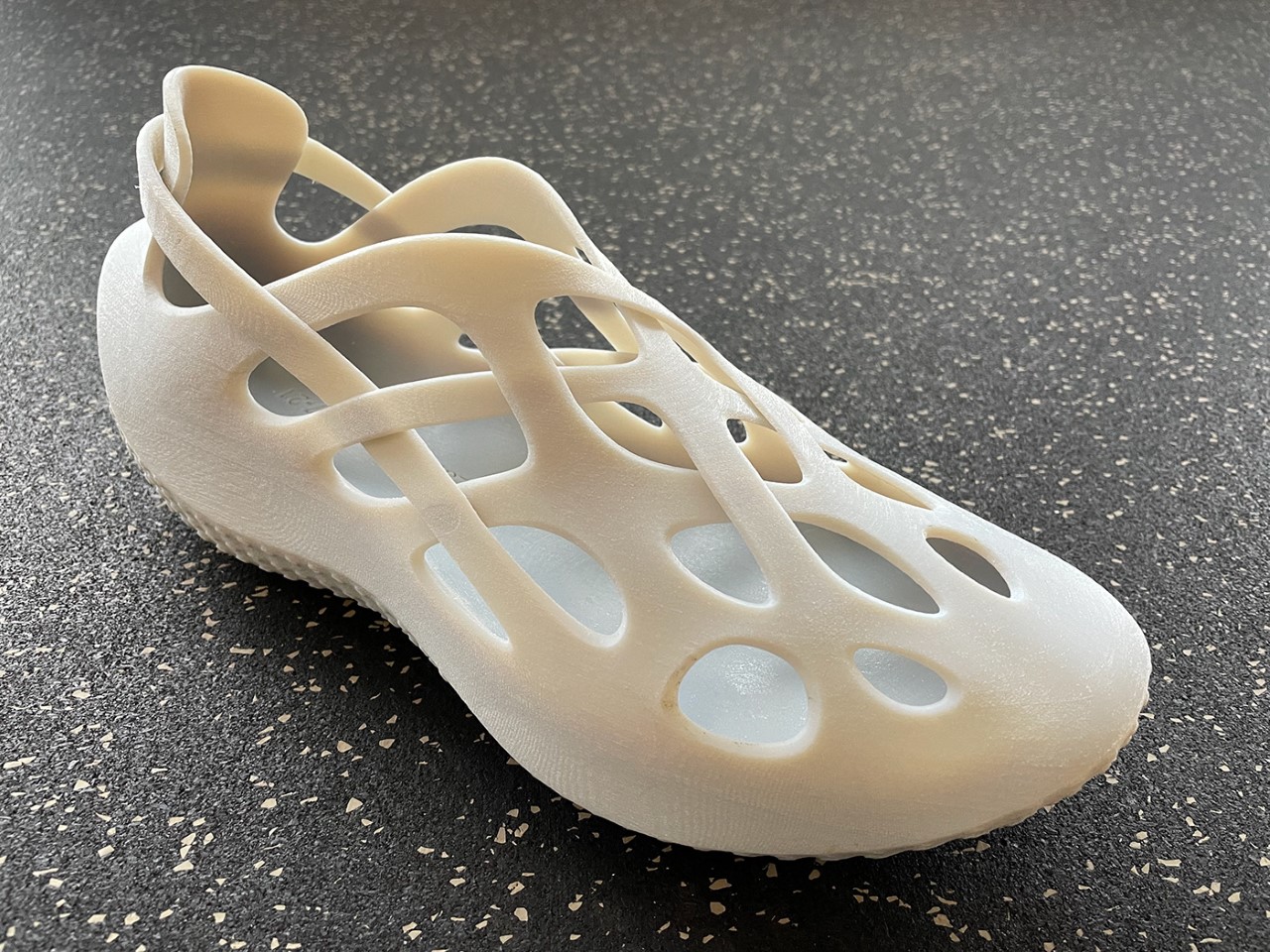 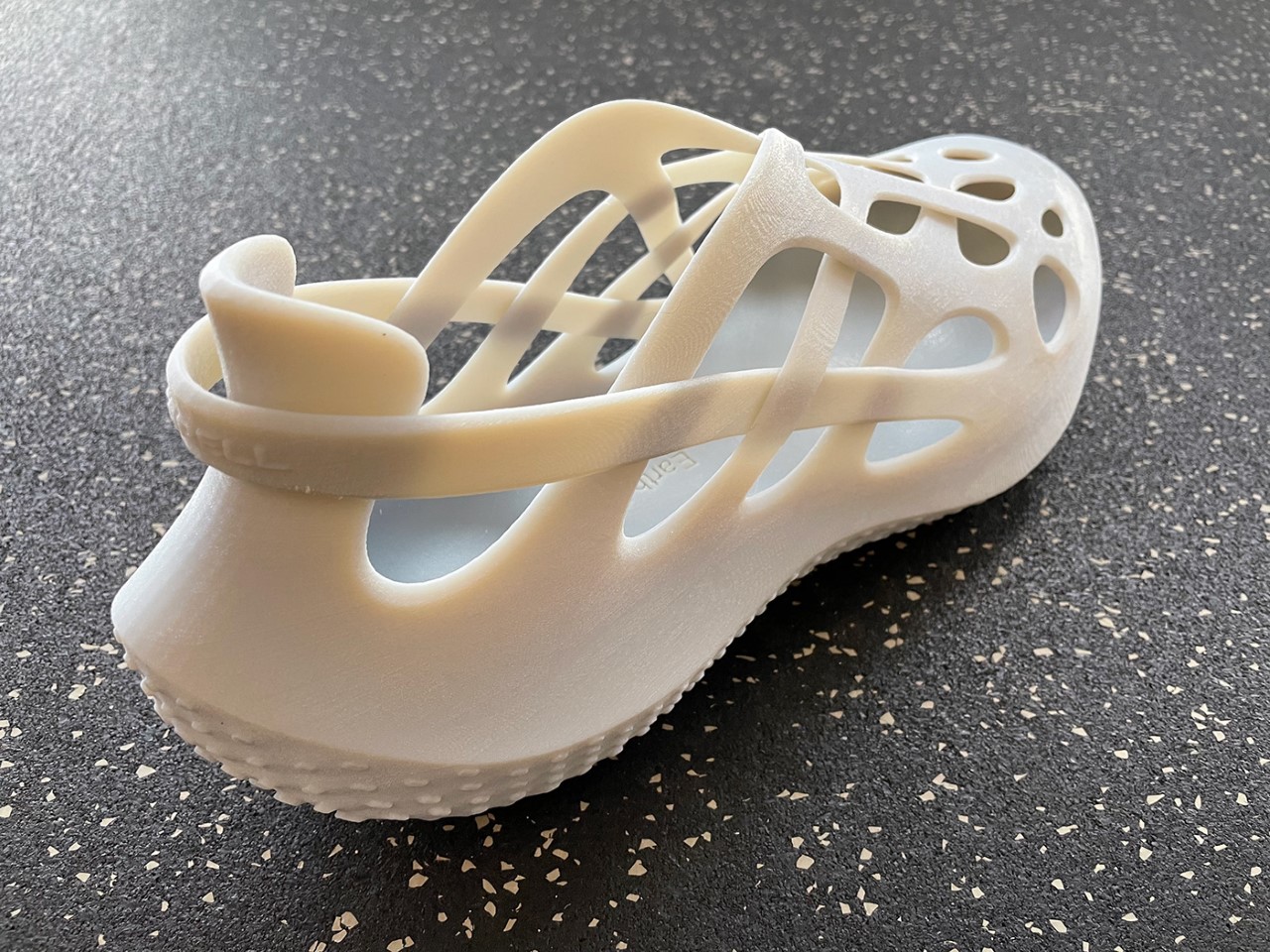 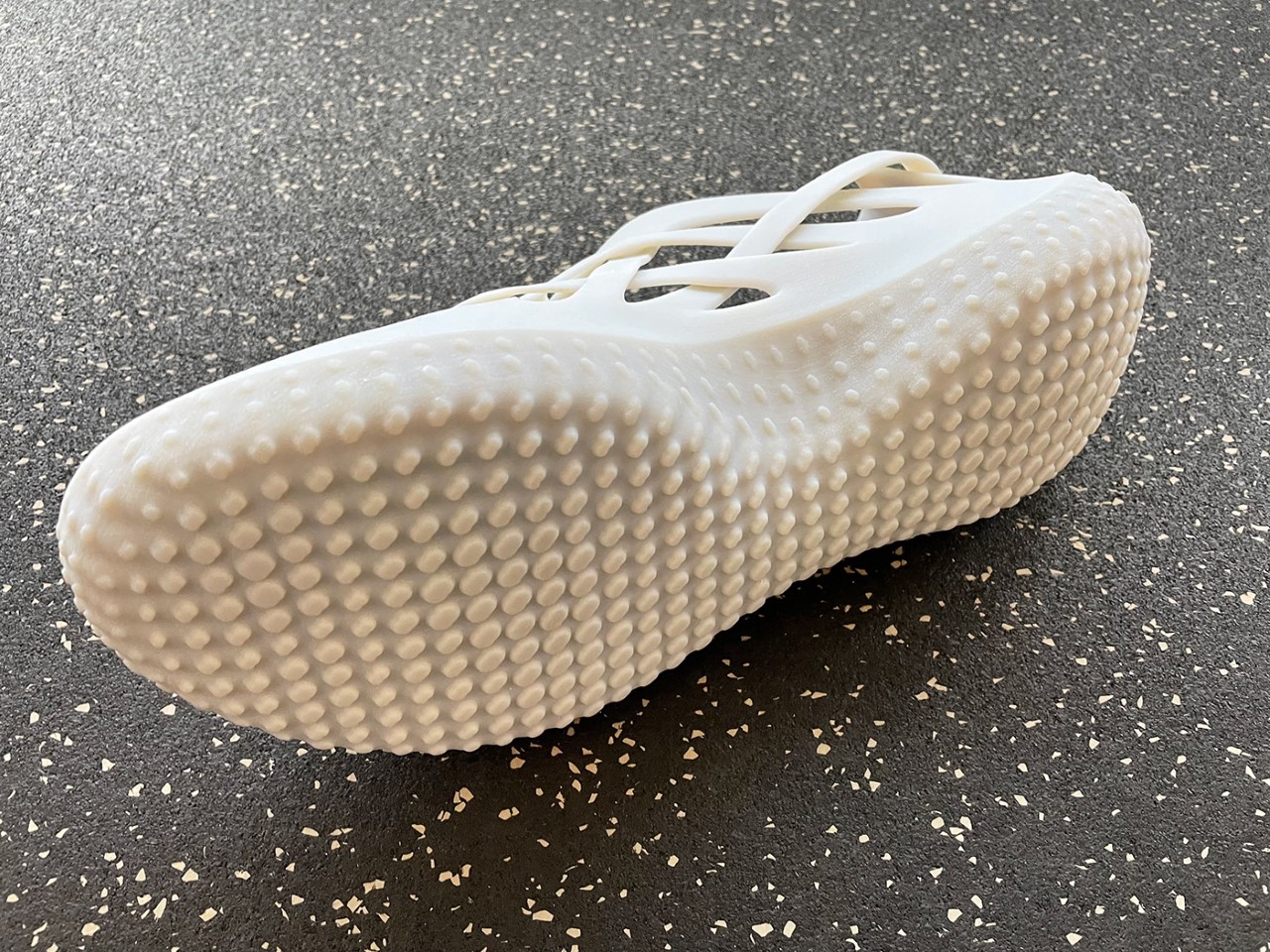 Time is a great reminder of the fact that there are some things unexplainable about this world we live in. For example faith, belief and…