I’ll admit, that we as a species do take encryption for granted. In the digital age, every aspect of our online activity is expected to be encrypted, so much so that we don’t quite understand how it even works. Whether it’s sending an emoji from one phone to another, or making a purchase on the blockchain – encryption protects us, our data, and our belongings… and even though it’s become incredibly nuanced and complicated in today’s day and age, its basic principle remains the same – hiding information so that only specific people can see it.

The earliest instances of encryption date back millennia, to the times of Caesar, who would often send coded messages that required a key to be decrypted. The technique further evolved into actual physical products like the Crpytex or the Jefferson Disc – a cylindrical cipher machine invented by none other than Thomas Jefferson in 1795. The GeheimMachine Cipher Toy bases itself on that device, with a DIY laser-cut design that actually allows you to build the cipher toy from scratch, thereby understanding the fundamentals of encryption! 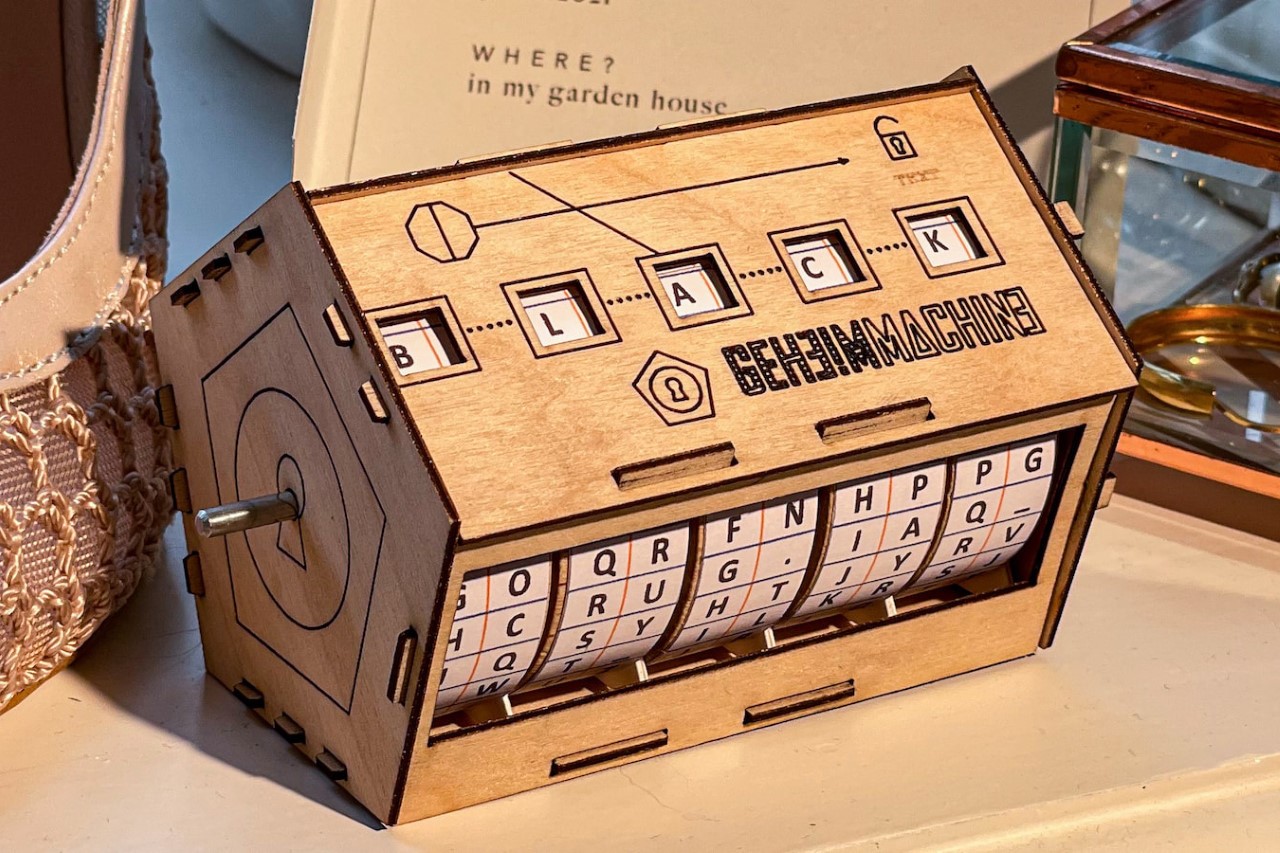 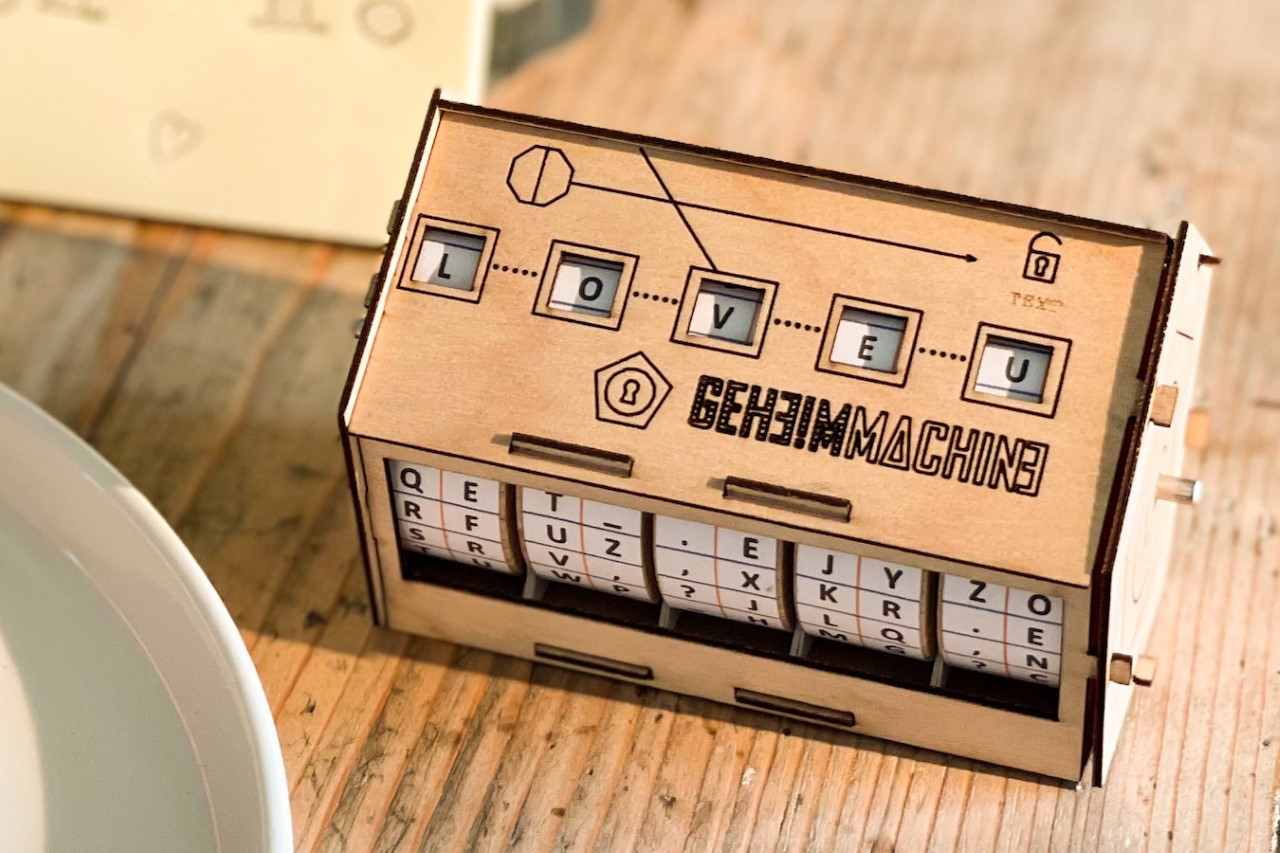 Designed to be simple, both to build and to understand, the GeheimMachine Cipher Toy comes with 5 discs with two columns of characters each. Jefferson’s original cipher had as many as 36 discs, to make it even harder to crack. The GeheimMachine Cypher Toy, on the other hand, uses just 5 discs that you put together yourself, allowing you to understand how the device physically works. The entire cipher toy is made from wood and ships with instructions that are about as easy to put together as a LEGO build. Once you’re ready, you can send encrypted messages by setting codes that people have to figure out. Once the code is cracked, the letters on the GeheimMachine read out the encrypted message! 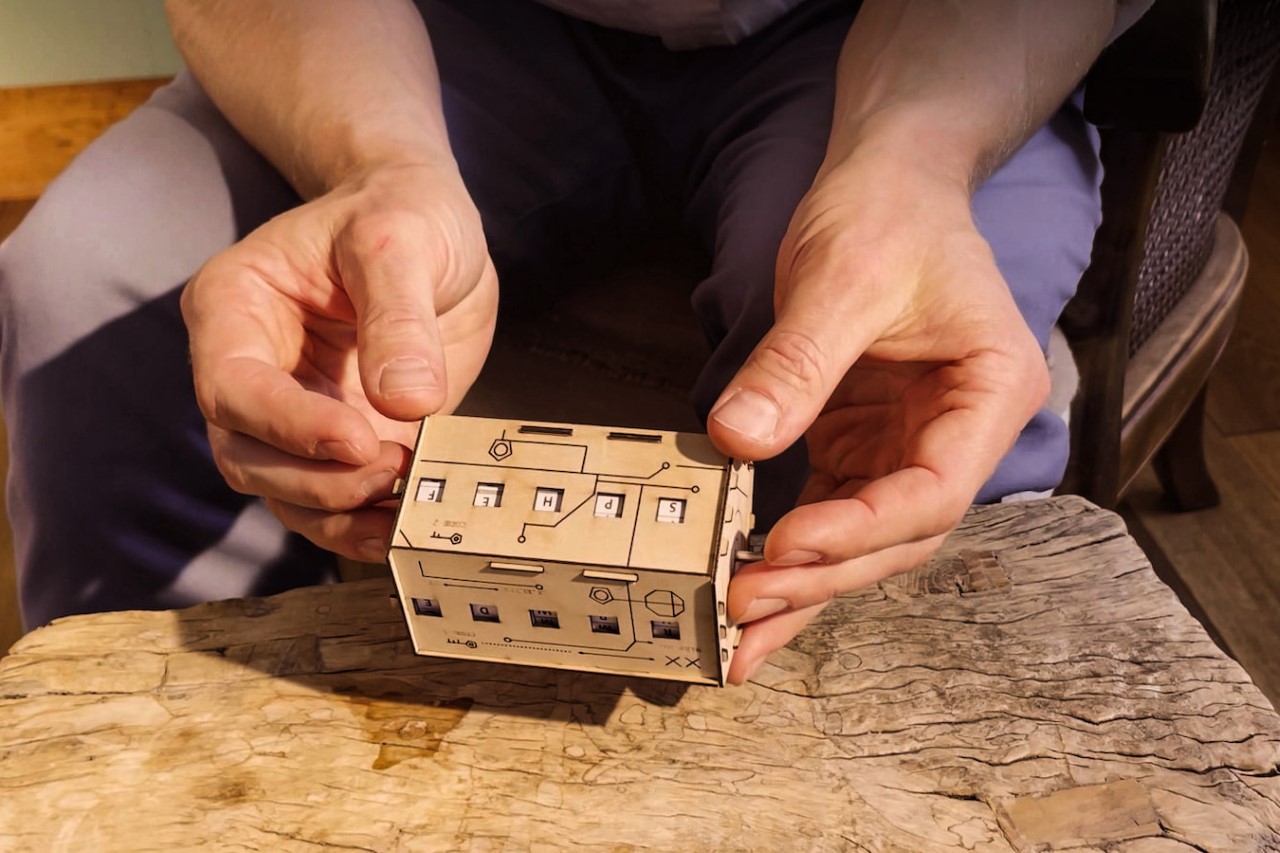 Although it’s a purely analog device, the GeheimMachine is a brilliant STEM toy that helps kids understand the basic tenets of encryption, decryption, and coded messages. Perfect as a toy (for both kids or adults), the GeheimMachine is a great way to brush up your critical thinking skills, and also makes for a uniquely fun messaging tool, whether you’re sharing passwords with your friends, or even as a part of an escape room! 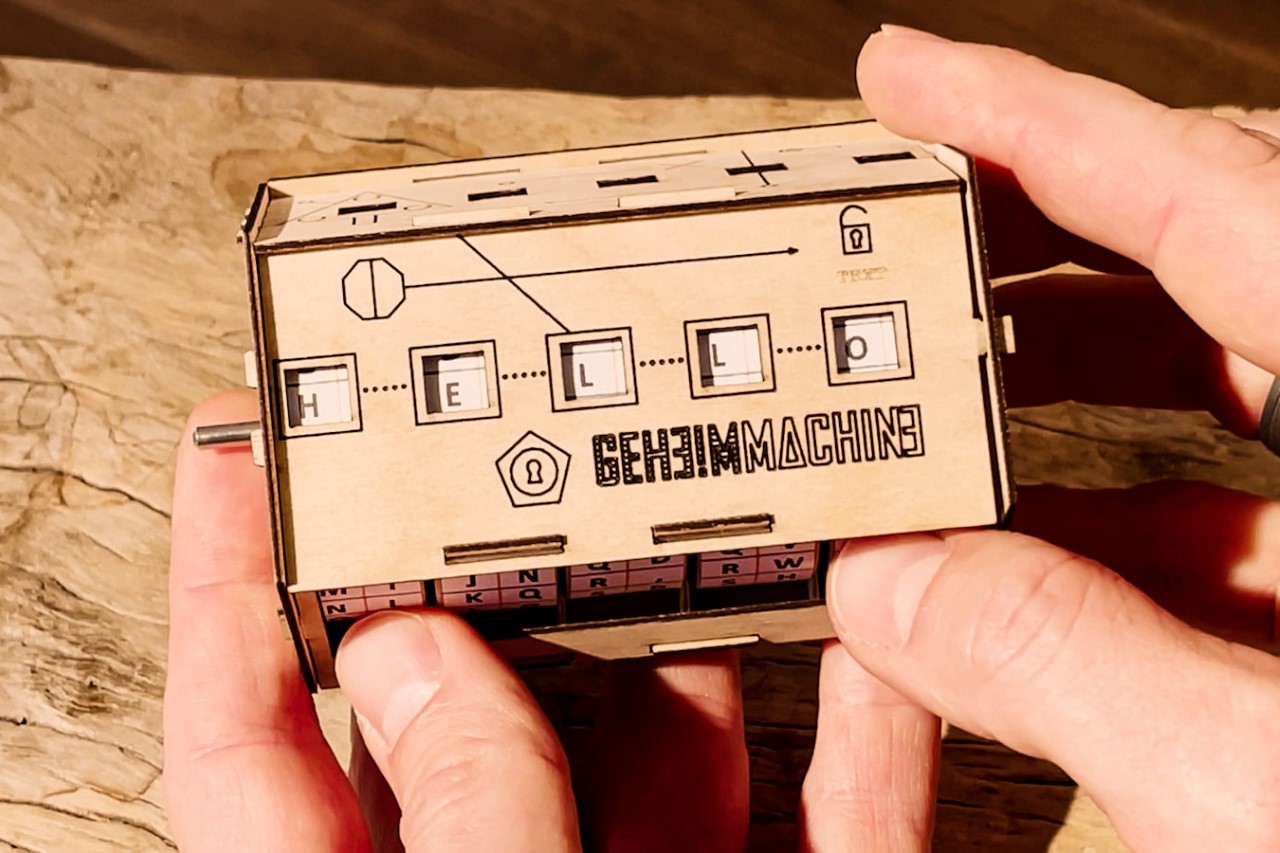 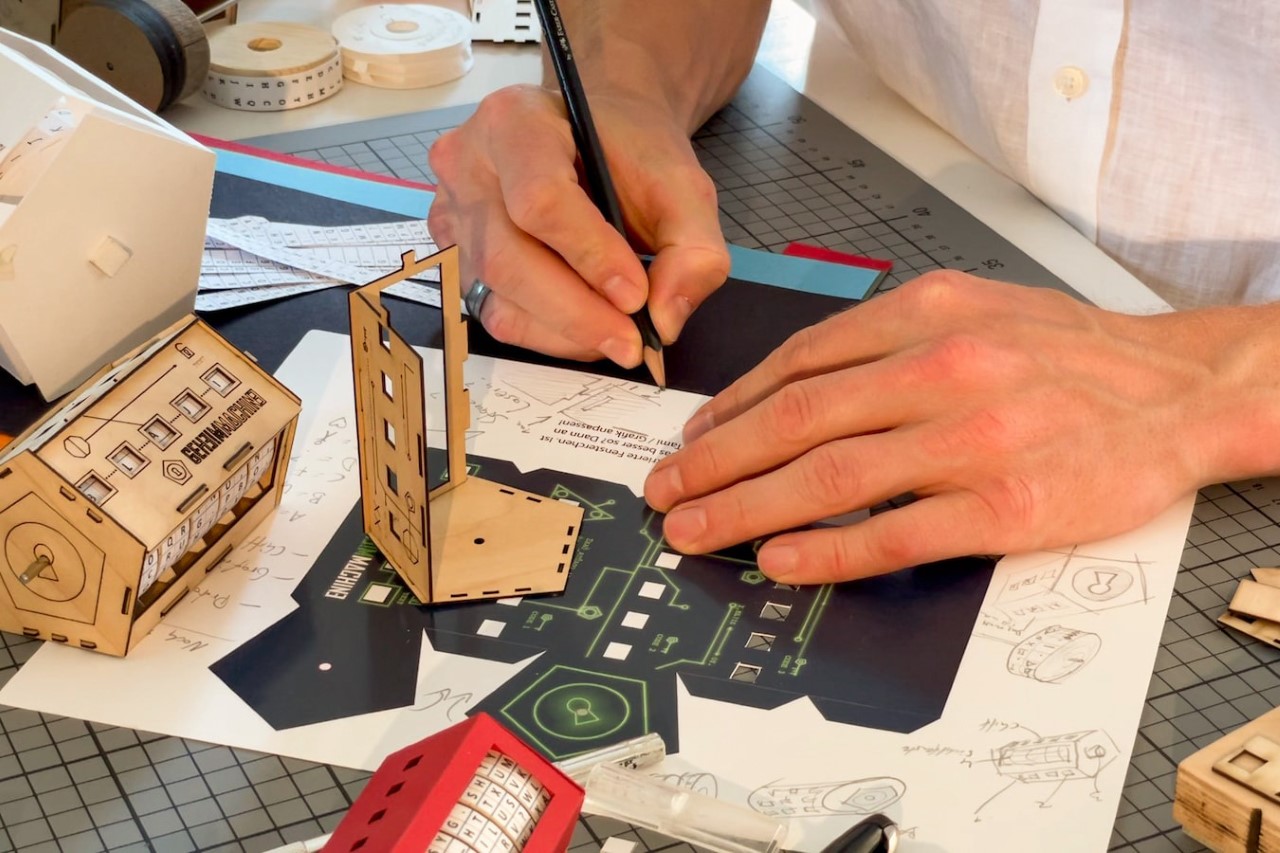 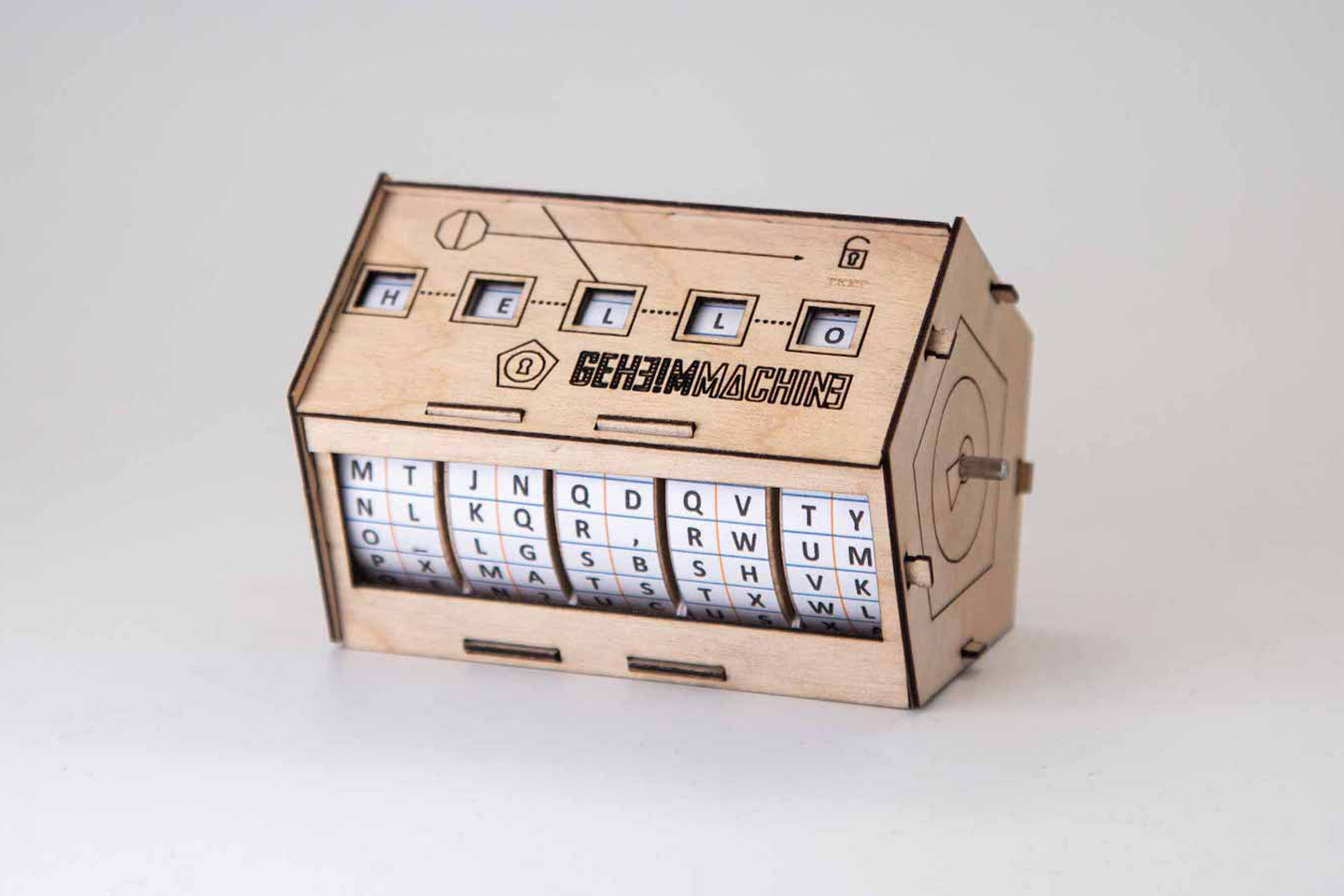 A Walkman for modern times!

Sony had such potential! They were masters in the camera domain anyway, and with the Walkman they ruled the music domain too. Sony could have…

Quite recently I had a massive fall and busted open my knee. The wound was deep, wide and the kinds that cannot be stitched. I…

This laptop uses a patented hinge to transform into an ergonomic workstation anywhere!

The Cubitus laptop has a patented hinge system (with braking and locking systems) that opens up when the user demands an elevated screen position. It can…