Sure, you’ve got pens that can write in zero gravity… but can your pen defy gravity on earth?? Meet the pen that quite literally floats in mid-air while docked in its unique ‘anti-gravity’ pen stand.

Designed as what I assume is the world’s first and only ‘sci fi’ pen, the Levitating Pen is a marvel of engineering as it floats within its gravity-defying stand, looking almost like something out of an alien’s spaceship. The pen itself is a remarkable writing instrument, equipped with a Schmidt ballpoint cartridge for a smooth, luxurious writing experience, however, when you’re taking a break from writing, the pen doesn’t just simply go into a pencil-case or a pen-stand. The Levitating Pen comes with its own magnetic stand that allows it to rest in an inclined position with its tip touching the pen-stand, without tipping over. Magnets within the pen-stand’s arc-shaped guardrail help the pen hover on its own, resting on just one point. The magnetic forces also cause the pen to gently sway up and down or even spin on its axis, resulting in an experience that feels metaphorically and literally out of this world! 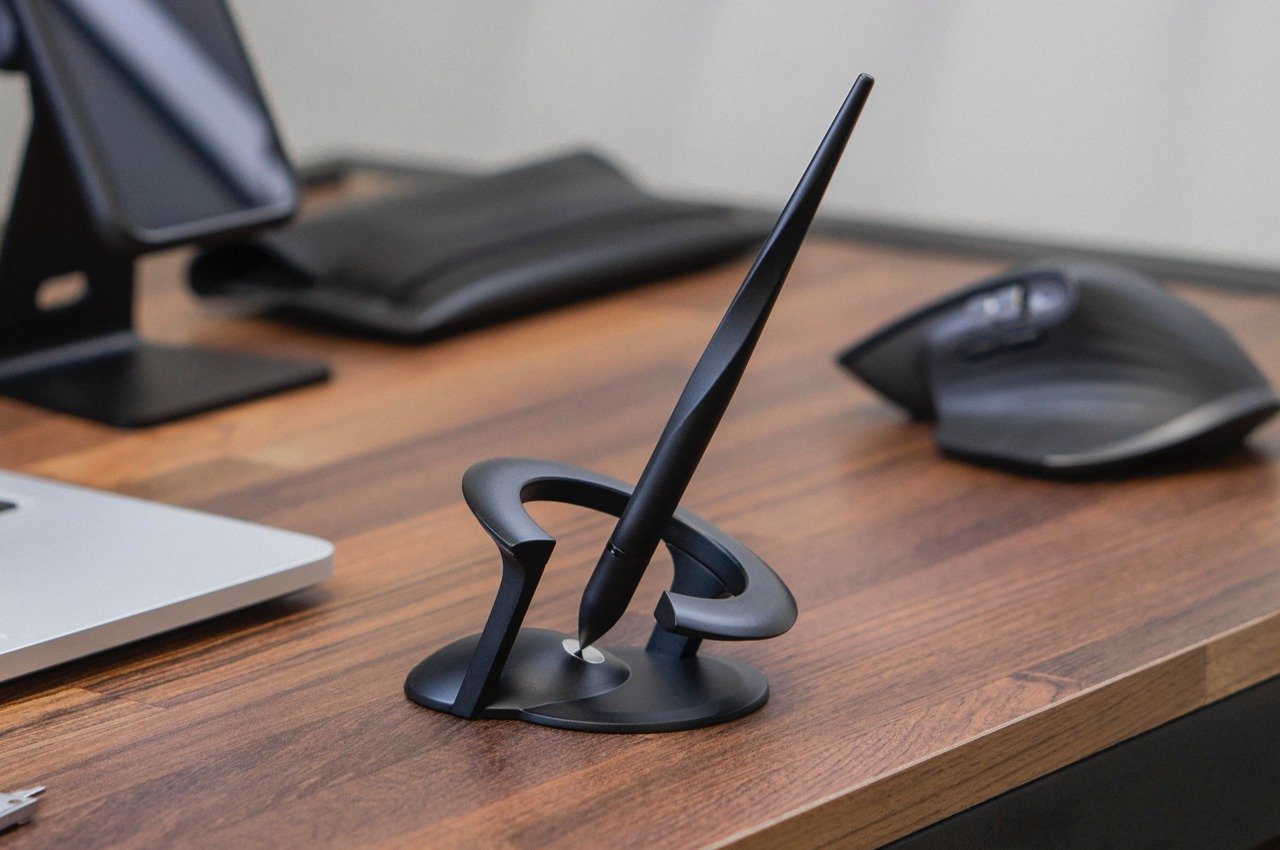 The Levitating Pen may be a writing instrument, but it’s first and foremost a tabletop show-stopper. Designed to be less like the Bic ballpoint pen you buy and forget about, and more like an incredibly premium Mont Blanc pen you carefully place on your office table, the pen has a charming, fidget-ish quality that is sure to attract your eyes and fingers. Docking the pen in its stand feels almost like docking a space-pod in the hull of a spaceship. There’s a satisfying pull that causes the pen to slip out of your hand and automatically align with the magnetic rim of the stand. In fact, even spinning the Levitating Pen in place will cause it to rotate on its own for 20-ish seconds afterwards, giving the pen a wonderful interactive quality.

Resisting gravity at a 23.5 degree angle.

A simple twist will send the pen spinning for up to 20 seconds in flawless, kinetic motion.

A study by Harvard Business Review found that frequently interrupting your brainstorming with consistent micro-breaks resulted in more idea generation than no breaks. Every now and then, take a moment out of your day, spin the pen, and boost your creativity like never before.

Inspired by the shape of famous science fiction spacecraft such as the USS Enterprise, Naboo Starships, and Interstellar’s Ranger spacecraft.

The pen body is crafted from a single piece of aircraft grade aluminum.

Designed to last for decades.

Soft and gentle to the touch, the pen was designed to make long, strenuous writing sessions feel light and enjoyable.

Just holding the pen a small distance from the lid is enough for the cap to get sucked onto the pen.

Equipped with Schmidt ballpoint cartridges, the German-engineered luxury standard in ballpoint pens. Versatile yet flexible, no spills, no spotting, and definitely no explosions.

Simply pull out the cartridge using the included pincher tool and re-insert any D1 sized refill. 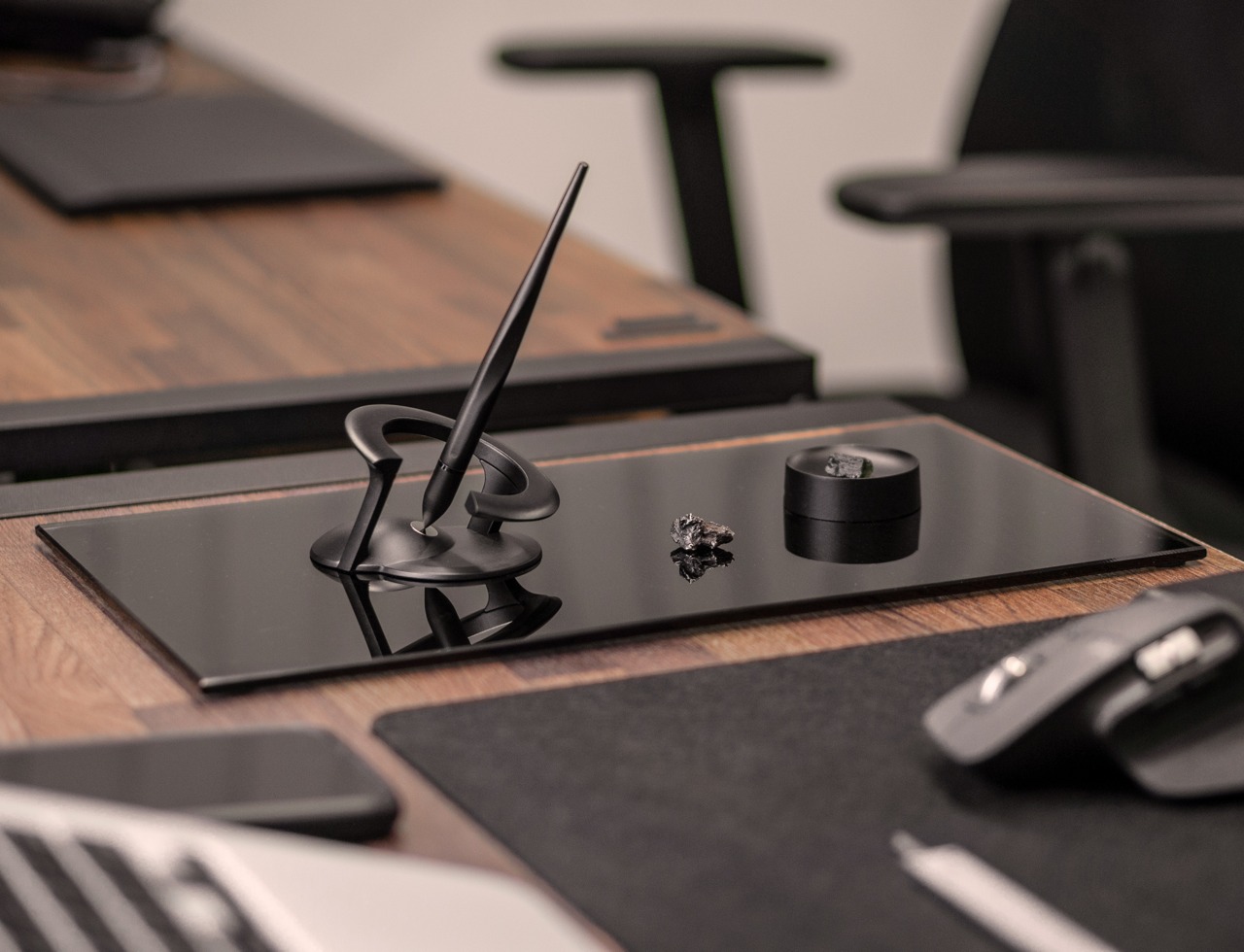 The Levitating Pen comes in a space-black and a silver variant, along with the levitating magnetic stand. You can find the pen in all its glory on our newly opened YD Select store – our one-stop destination for creative, well-designed stationery, gadgets, and objets d’art. Free shipping on orders above $200.

Footwear that Never Ends and Only Changes

https://www.kickstarter.com/projects/buggiehuggie/buggie-huggie-shopping-will-never-be-the-same You’ve GOT to assume the person who designed the Buggie Huggie had some serious problems shopping with their kids. The Buggie Huggie is a…