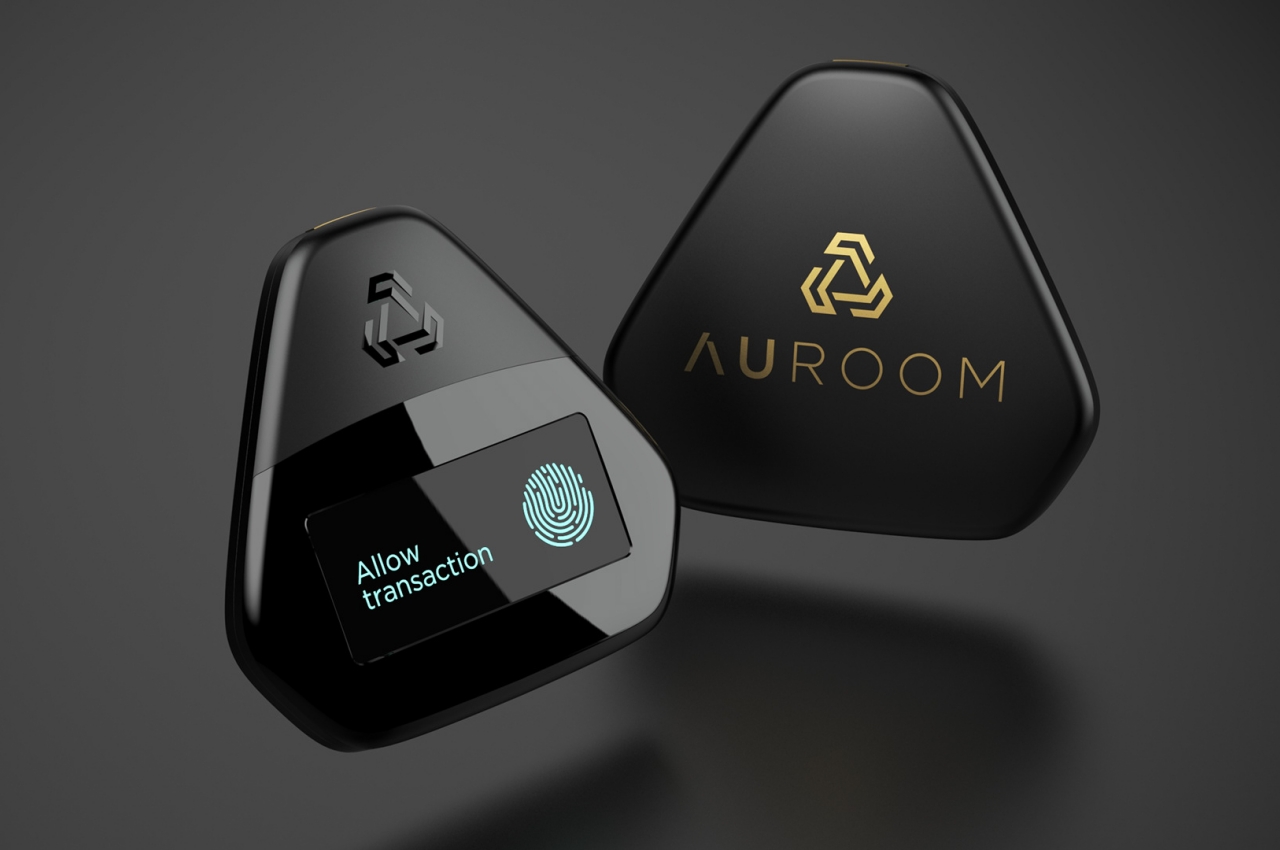 Bitcoins, dogecoins, and NFTs all live exclusively in the digital realm, but designers are now pushing back to make these virtual entities more tangible and, ultimately, more humane.

We live in a world that’s increasingly becoming more reliant on digital objects. A lot of work files today are digital, and much of our entertainment and communication happens over digital lines. Although it merges with the physical realm, the Metaverse aims to make our world half digital as well. Humans, however, are not just their eyes or ears. They have even more senses that get neglected, like smell and, most importantly, touch. It’s for that reason that designers are coming up with ideas to pull these digital artifacts into the real world, including the most perplexing one of them all: cryptocurrencies. 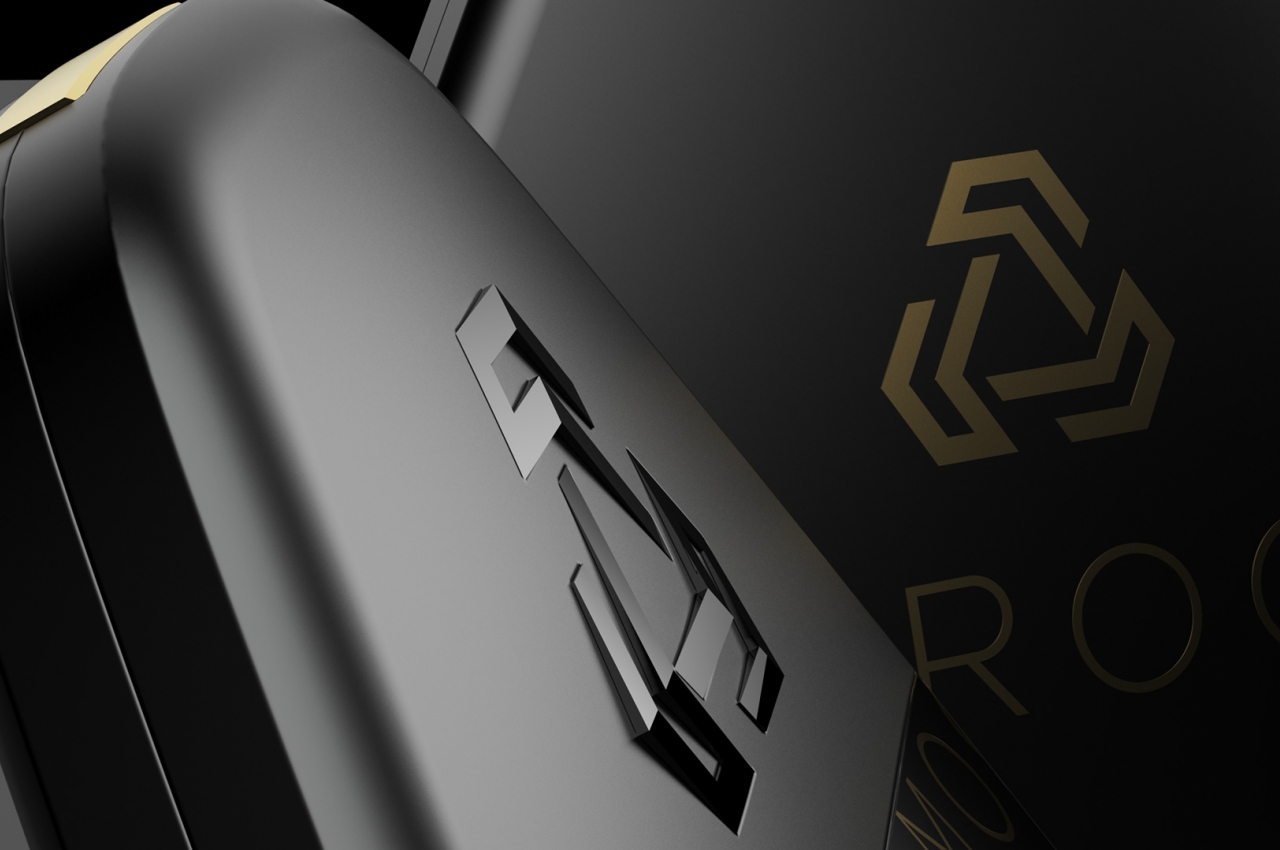 Cryptocurrencies like Bitcoin and Ethereum aren’t going to replace conventional money anytime soon, and not just because they’re still too young. They are often considered to be distinct from traditional currencies, running in their own decentralized world. More importantly, the concepts and processes behind this kind of digital currency are so alien to most people that they approach it with fear, uncertainty, doubt, and even ridicule.

Even with many transactions and purchases happening online, people still find some comfort knowing that their money has some physical representation somewhere. They also take comfort in having a physical wallet to keep their money in, and wallets have become one of the most popular expressions of product design across all ages and genders. That’s the kind of comfort and familiarity that this Auroom Crypto Wallet tries to bring for digital currency owners. 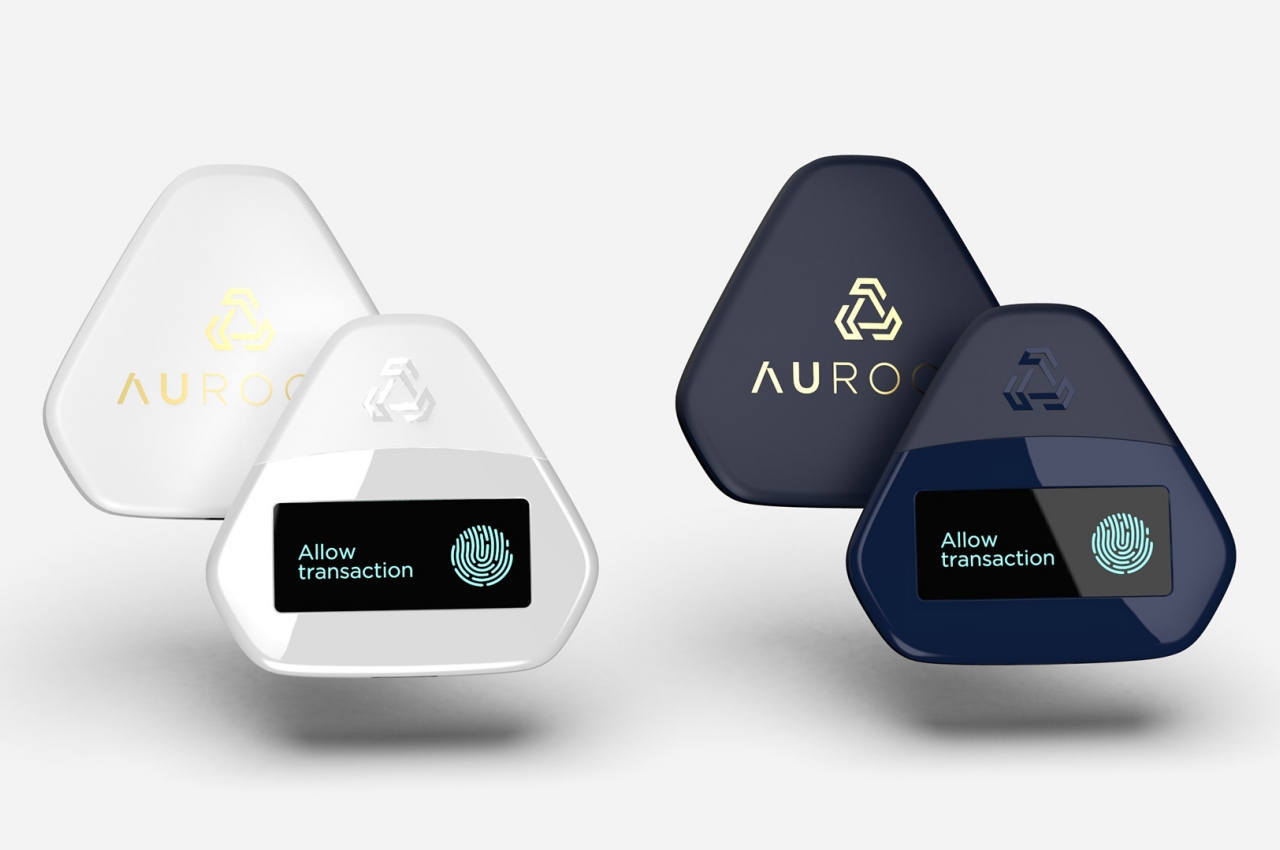 The Crypto Wallet admittedly doesn’t look like a conventional wallet or plastic card, and it really doesn’t need to since it’s not storing conventional money. That frees it to take any form that is appropriate to the digital currency or brand. In this case, the designers opted to let it resemble the iconography of the fictional Auroom logo while still leaving some room for color options.

The most eye-catching part of this “wallet” is the screen that not only informs the owner about the state of a transaction but also authorizes it. A fingerprint scanner is presumably hidden beneath, just like on some smartphones today, to authenticate the owner before a transaction is completed. Given how cryptocurrencies depend heavily on security-related technologies, such a feature would be a necessity for any crypto wallet. 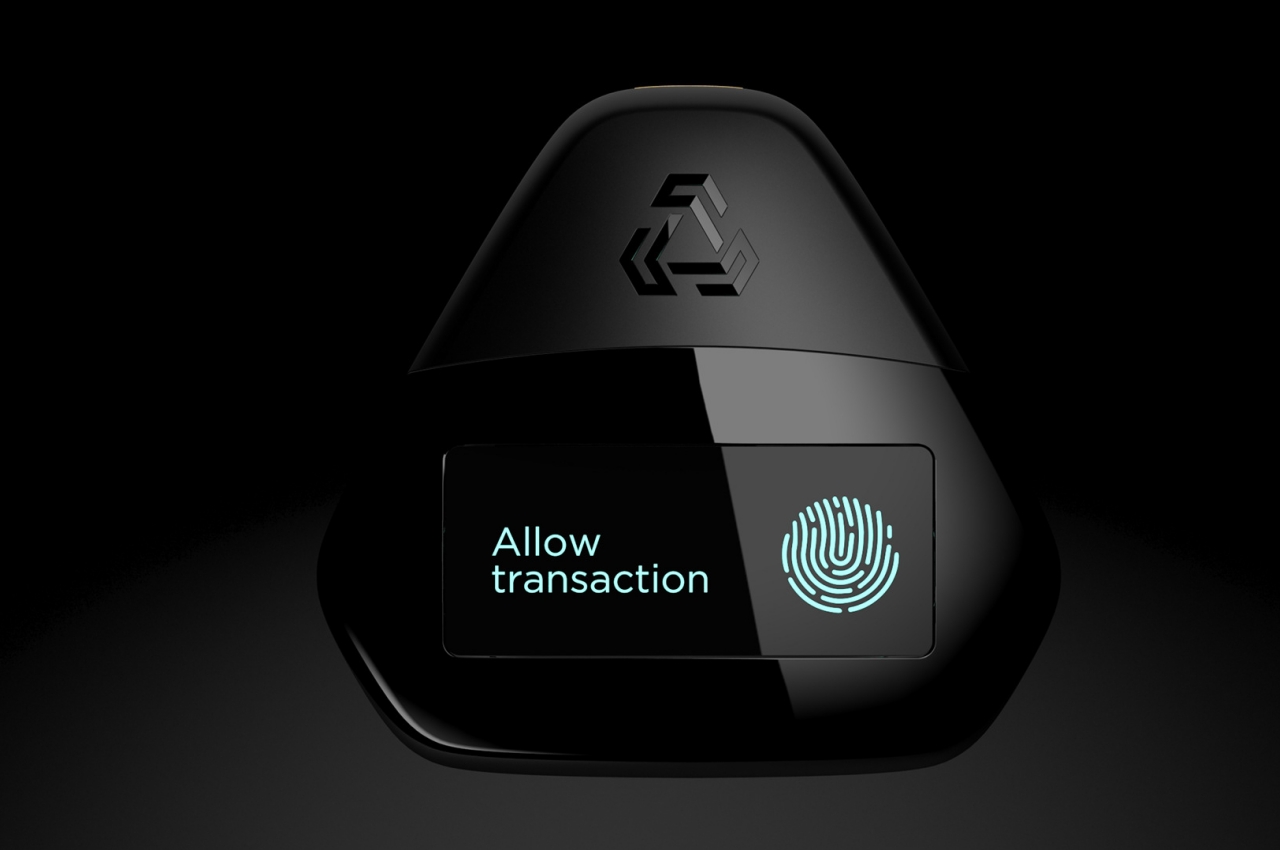 The one drawback with such a brand-specific wallet is that it might not be compatible with other cryptocurrencies or brands. That would mean you’d have to carry different fobs and keys with you, almost like carrying different cards that take up more space. Then again, cryptocurrencies are still in their infancy, even after so many years, so there’s no telling yet if there will be a unified system or wallet for all of them in the future. 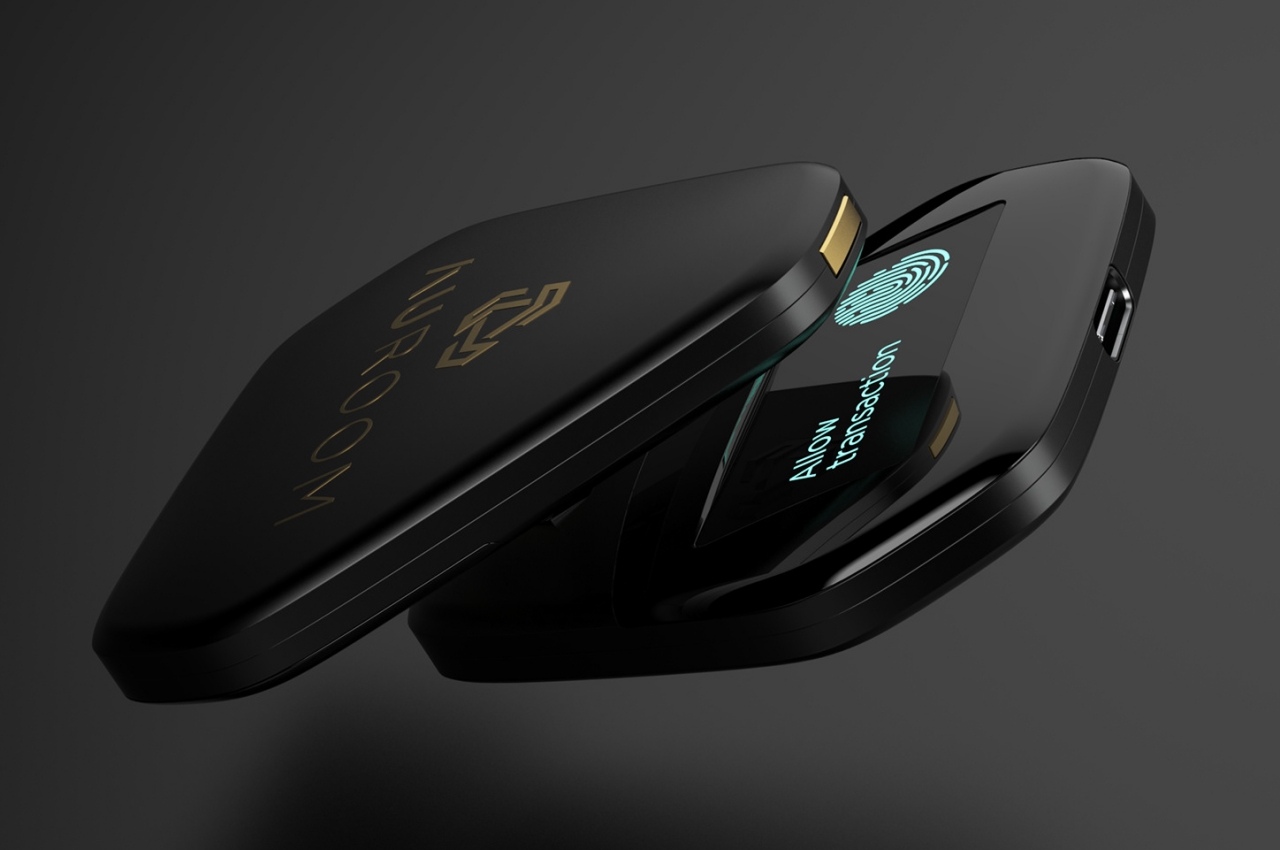 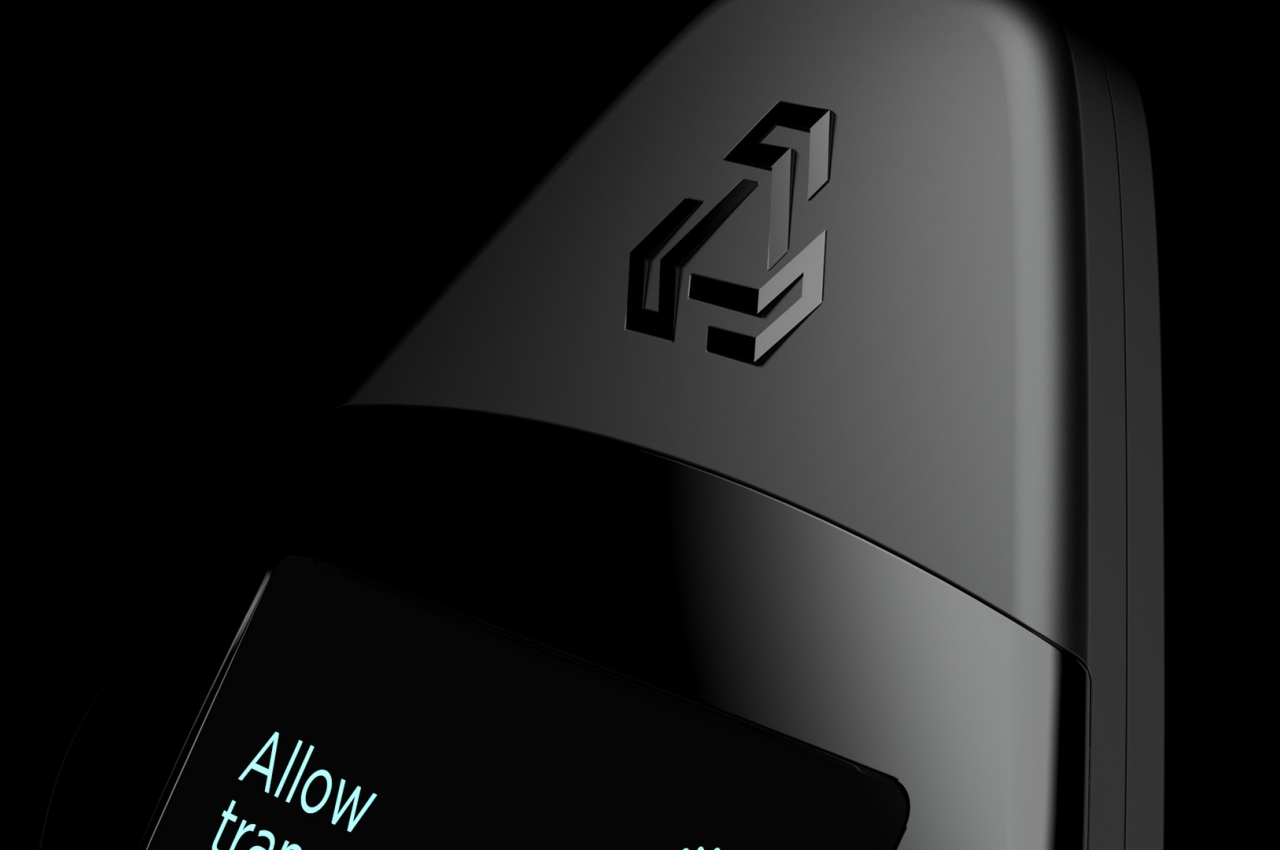 Make your own Smartphone!

That too in under a minute! Much like the TinyArcade we spoke about a while ago, the RePhone Kit is literally a smartphone that comes…

Carving Out A USB Love Relationship

Somewhere down the line bonding and reconnecting with loved ones in this digital world is all about doing special projects together. For instance the Presence…

If Those Little Lights Aren’t Cutting It

So you’re hearing impaired. And the telephone rings. But you aren’t looking at the phone, so you can’t see that little light flashing on it.*…