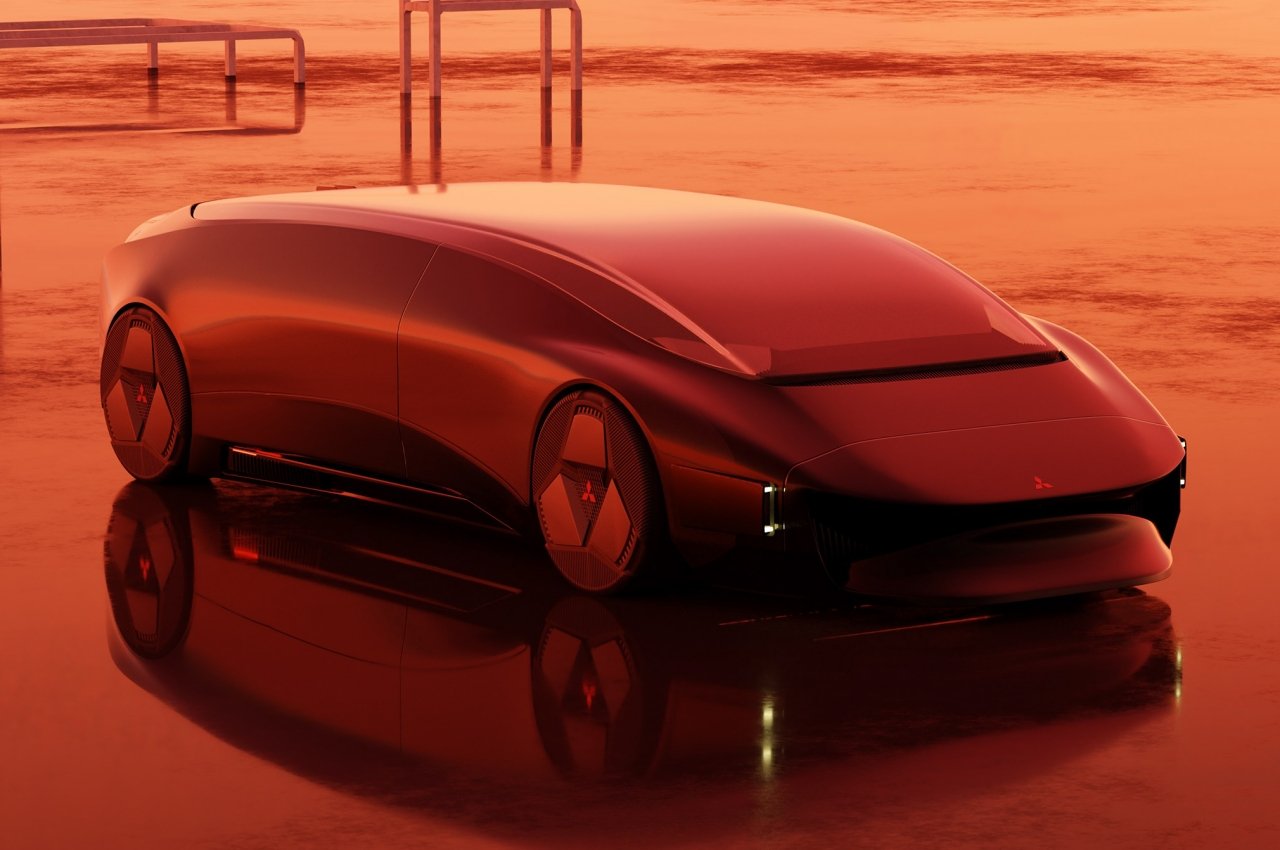 When talking about futuristic cars, most probably imagine self-driving automobiles that free their drivers to sit back, relax, and connect with other people inside. These visions often involve highways that are so clean and spacious that it’s possible to conveniently and safely cruise roads without bumping into another self-driving car. Given today’s traffic congestion, however, that’s a far too idealistic vision. One concept sticks a bit closer to reality while leaving the doors of possibility wide open, envisioning how cars can travel more quickly using the same technologies that power Japan’s famous bullet trains. 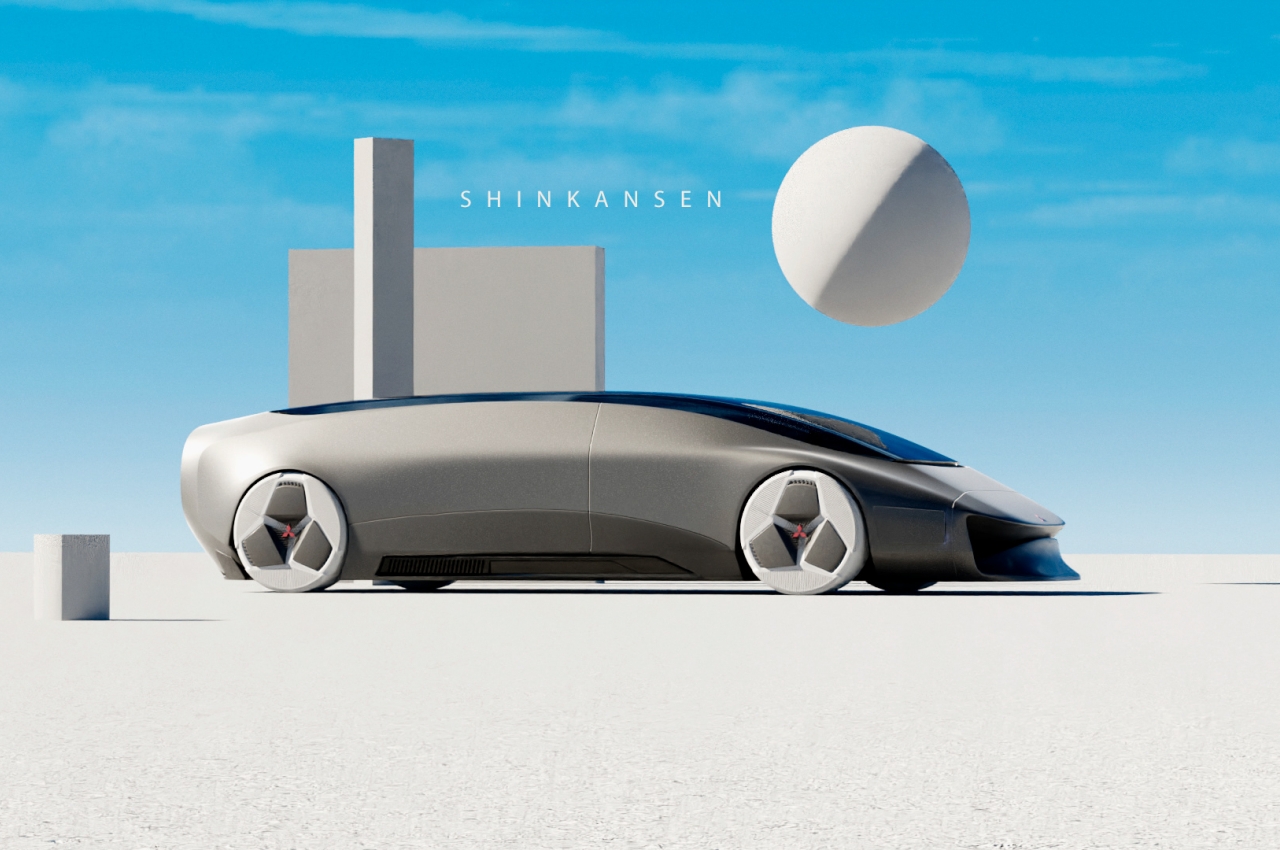 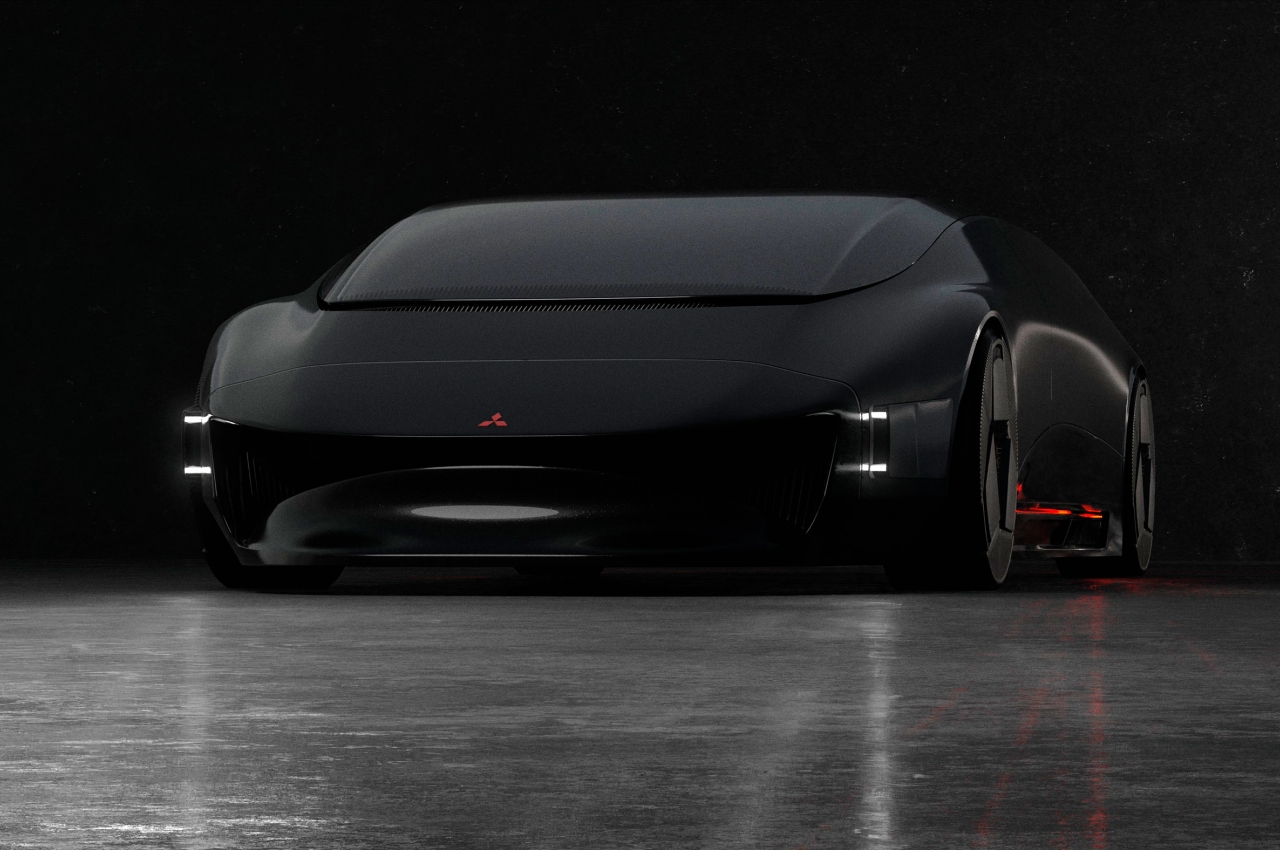 People want to travel fast, but few actually know how to do so safely, especially when it comes to staying on the right lane. Traveling at high speeds on a more or less straight path is something that Japan’s Shinkansen trains have already had mastered for decades. Unsurprisingly, this serves as the seed for this concept of a Shinkansen car that can travel both on regular city roads and on high-speed maglev tracks. 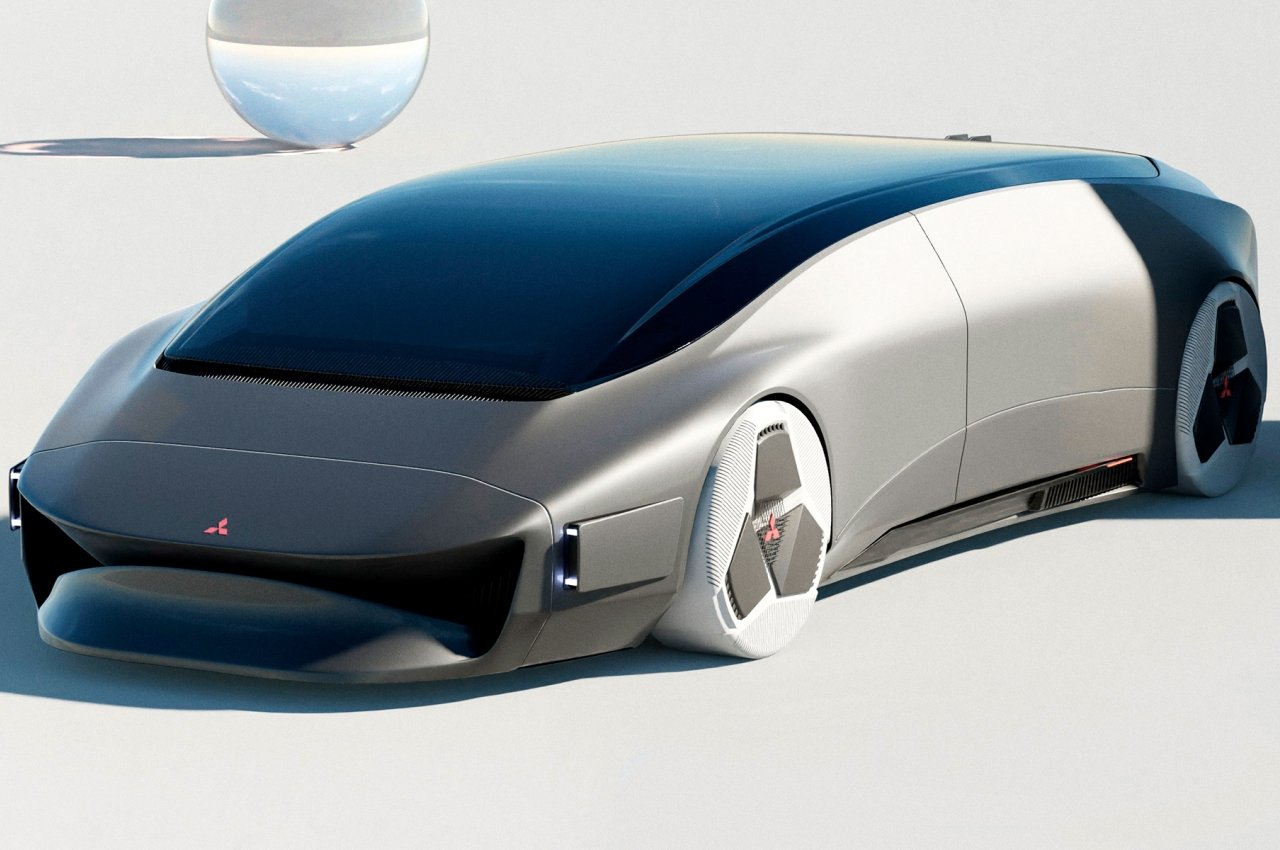 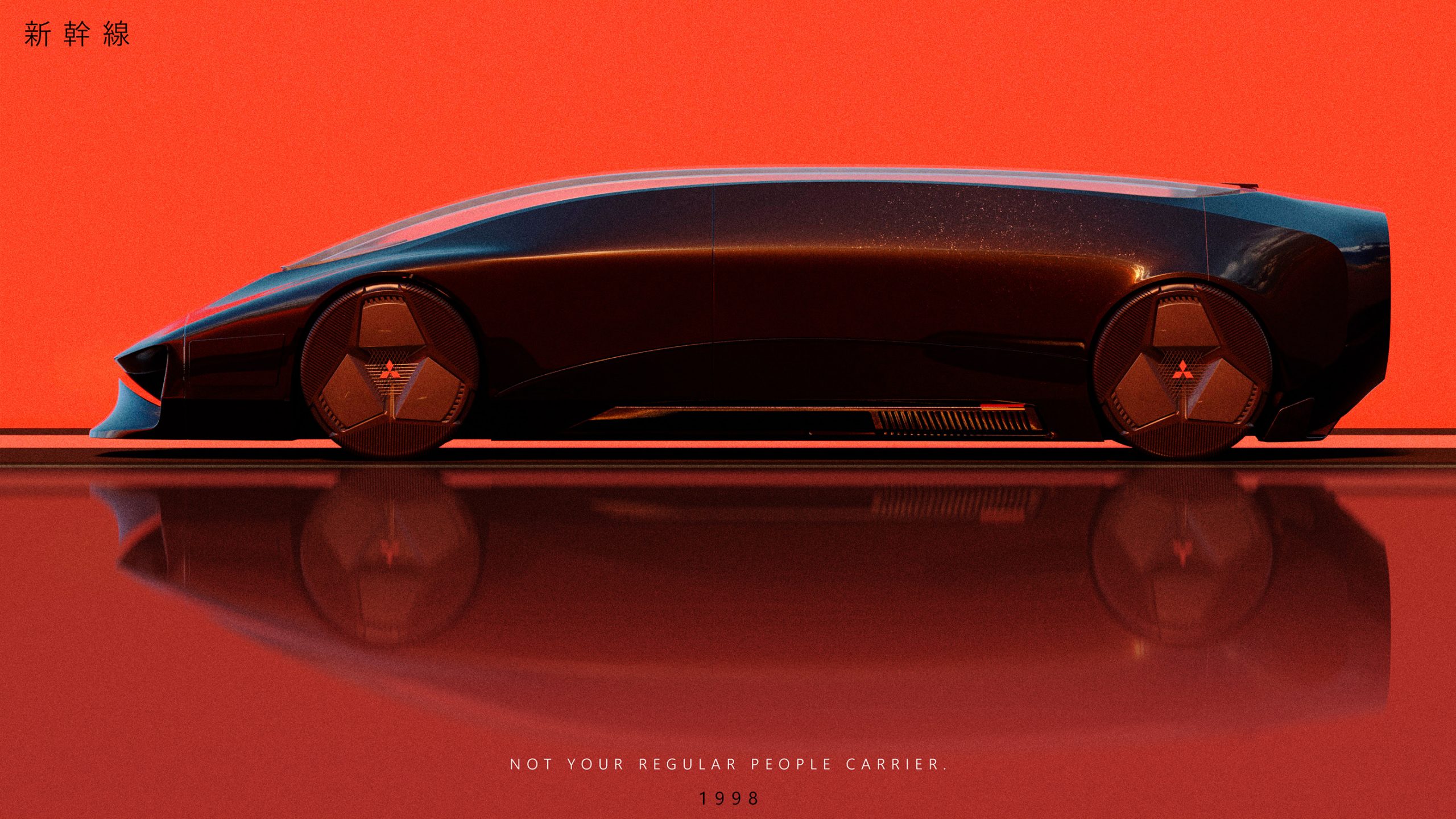 Taking inspiration from both the N700 train that launched into service in 2007 as well as Mitsubishi’s design language, the “Mitsubishi Shinkansen” exhibits a sleek, aerodynamic design that is almost reminiscent of a real bullet. The concept doesn’t exactly show passenger doors, so the design looks unbroken and whole, reducing the possible air friction that will come from seams. 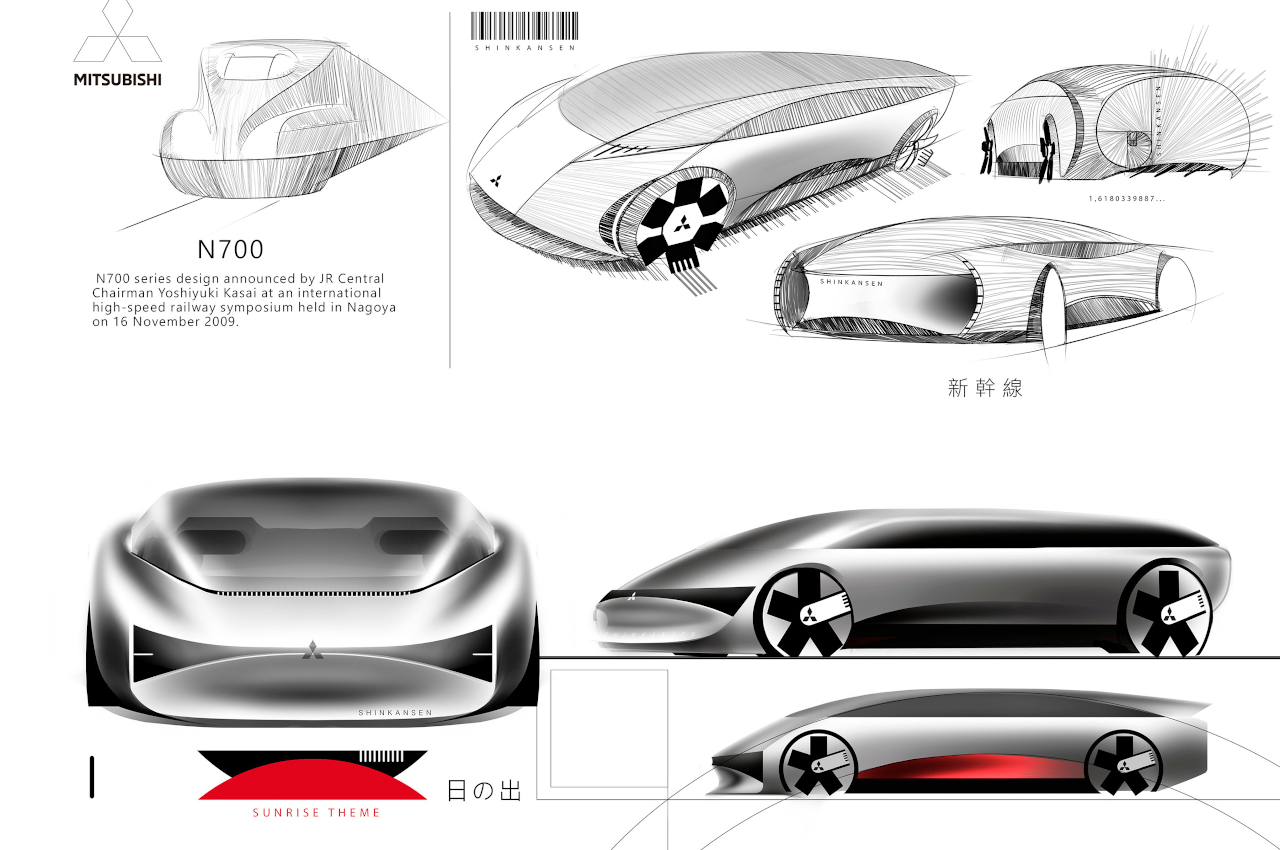 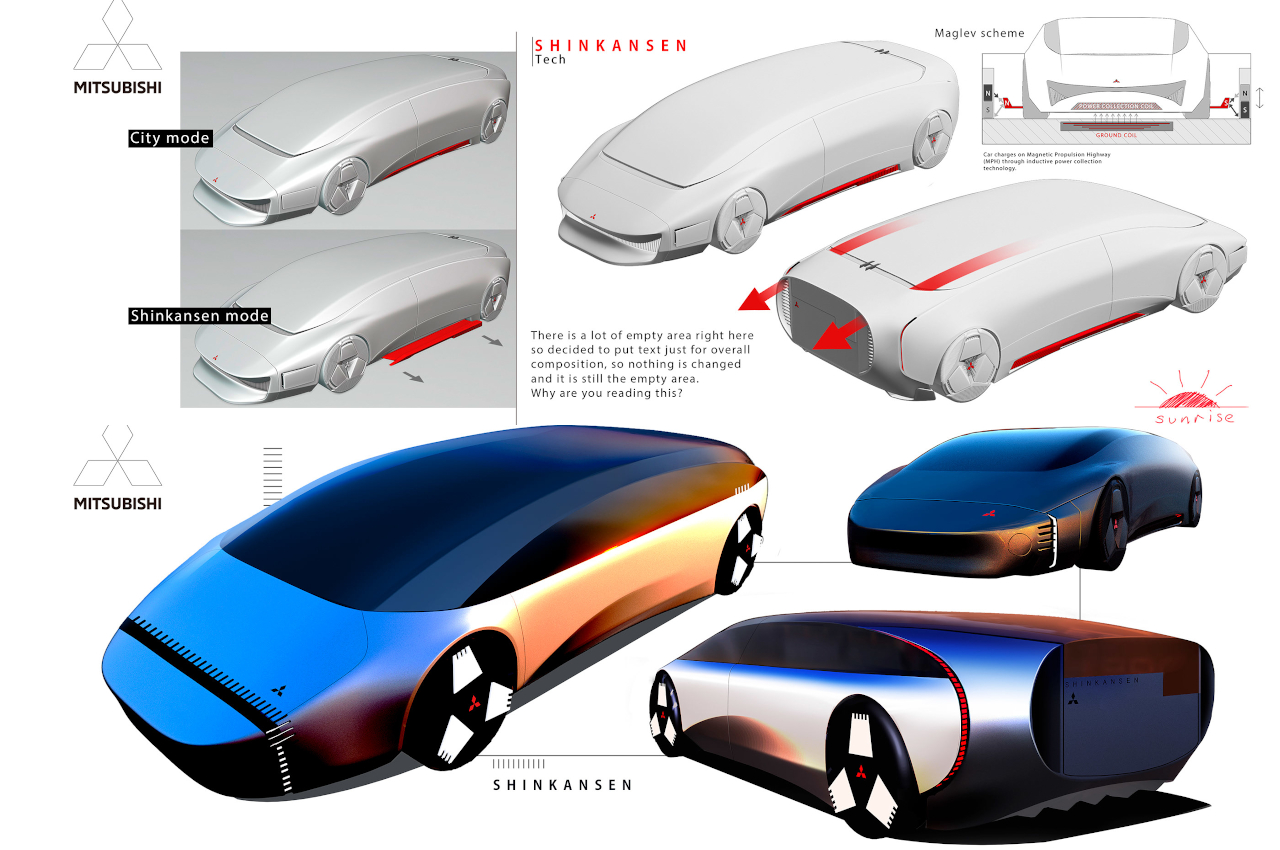 What gives this car concept its dual capabilities are the retractable “fins” along its side that slide out when the car is traveling on a maglev highway. The magnets in these fins help propel the car at high speeds, pretty much like how bullet trains work today. Additionally, the maglev track can also charge the car while en route, thanks to power coils on the car’s belly as well as on the ground, just like today’s wireless charging technologies. 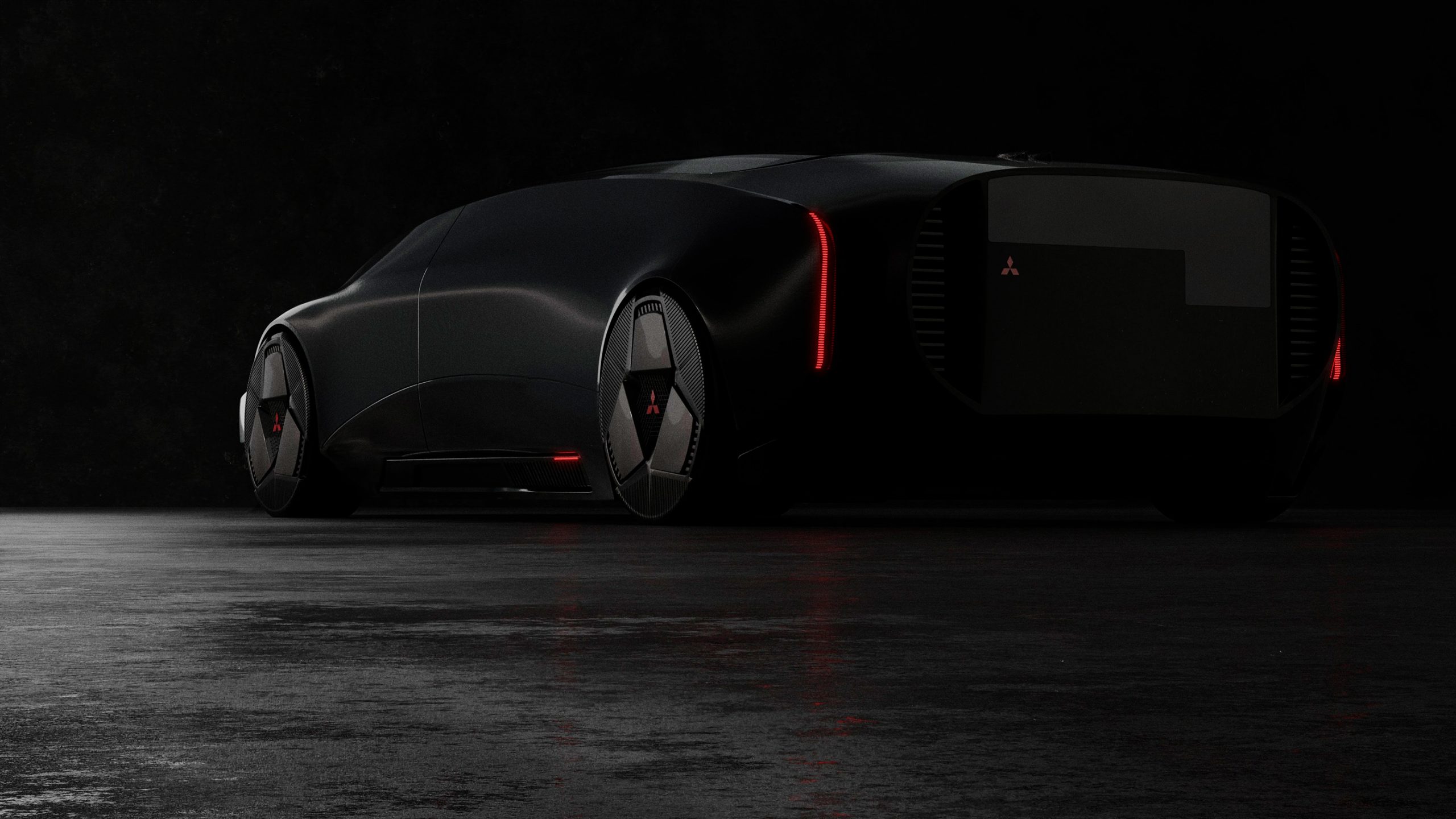 The Mitsubishi Shinkansen offers an interesting and slightly different glimpse of future travel, utilizing tracks that will let cars travel safely at high speeds. At the same time, it also showcases a futuristic car design that embraces Mitsubishi’s design language, like its “dynamic shield” fascia, reinterpreted in a way that would look out of this world when standing beside the carmaker’s current roster. Like a bullet, its form clearly marks it for speed while still maintaining an approachable design that makes it into what the designer calls a “car for the whole family.” 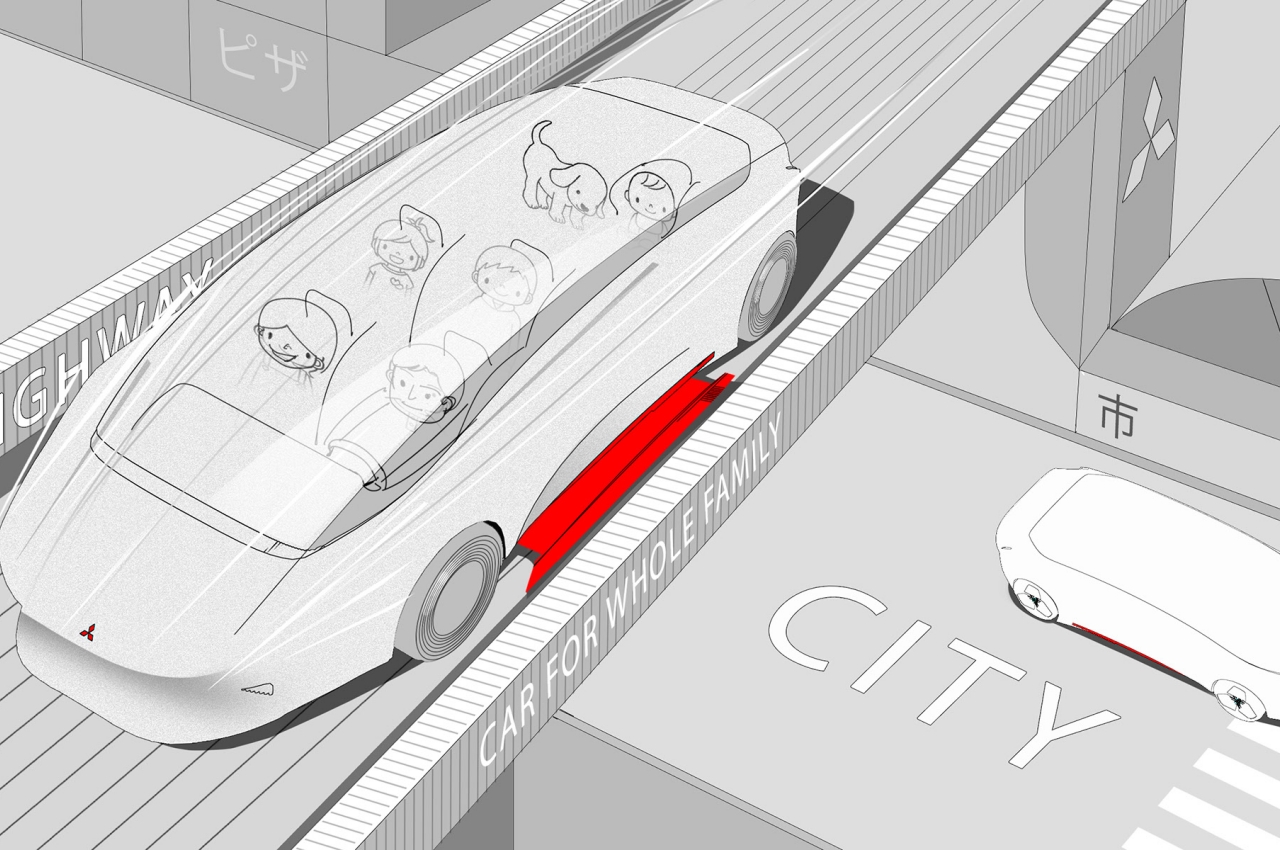 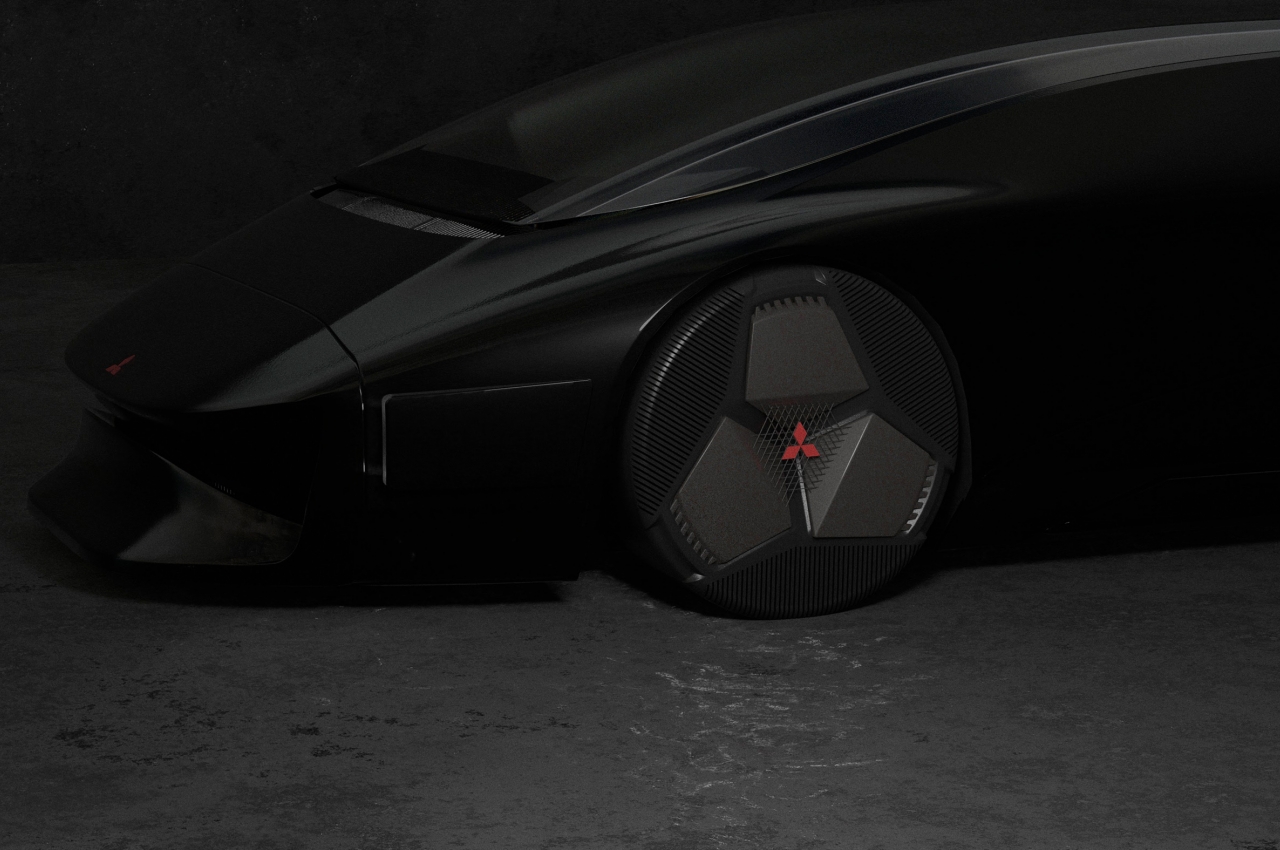 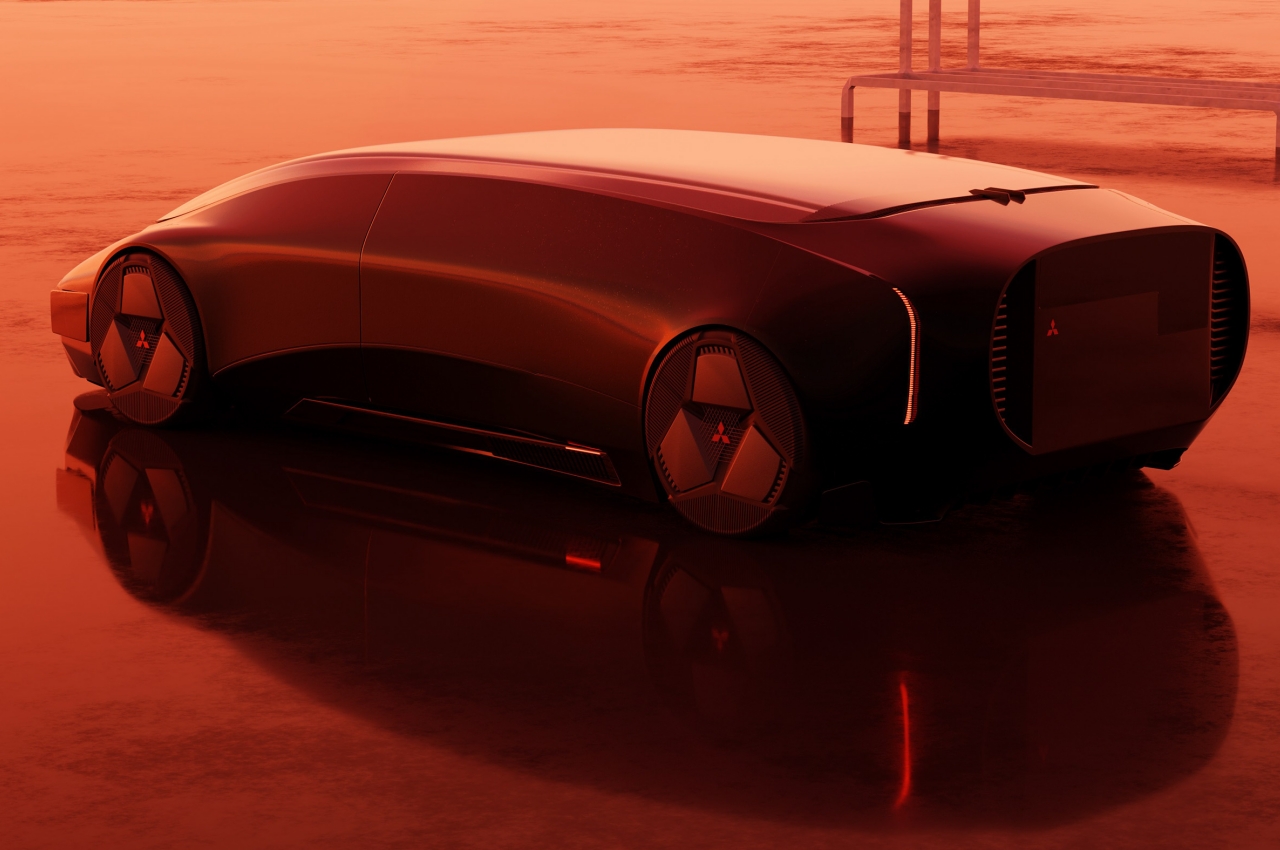 Future mass transportation has to change if we’re to cope with the number of motorized vehicles doubling to 1.3 billion by 2020. Cars are getting…

If brought to fruition, the Zanzibar Domino Commerical Tower will become Africa’s second-tallest building and a landmark tourist destination to help stimulate the country’s economy…

May the heavens bless all car concept designers. When we crave new cars the most, they immediately jump in to tickle our fancy with some…

Gyroscopic Transportation of the Future

This futuristic transportation concept was designed for the urban commuter looking for an entirely new and unique driving experience. With just two wheels, the glass-dome…