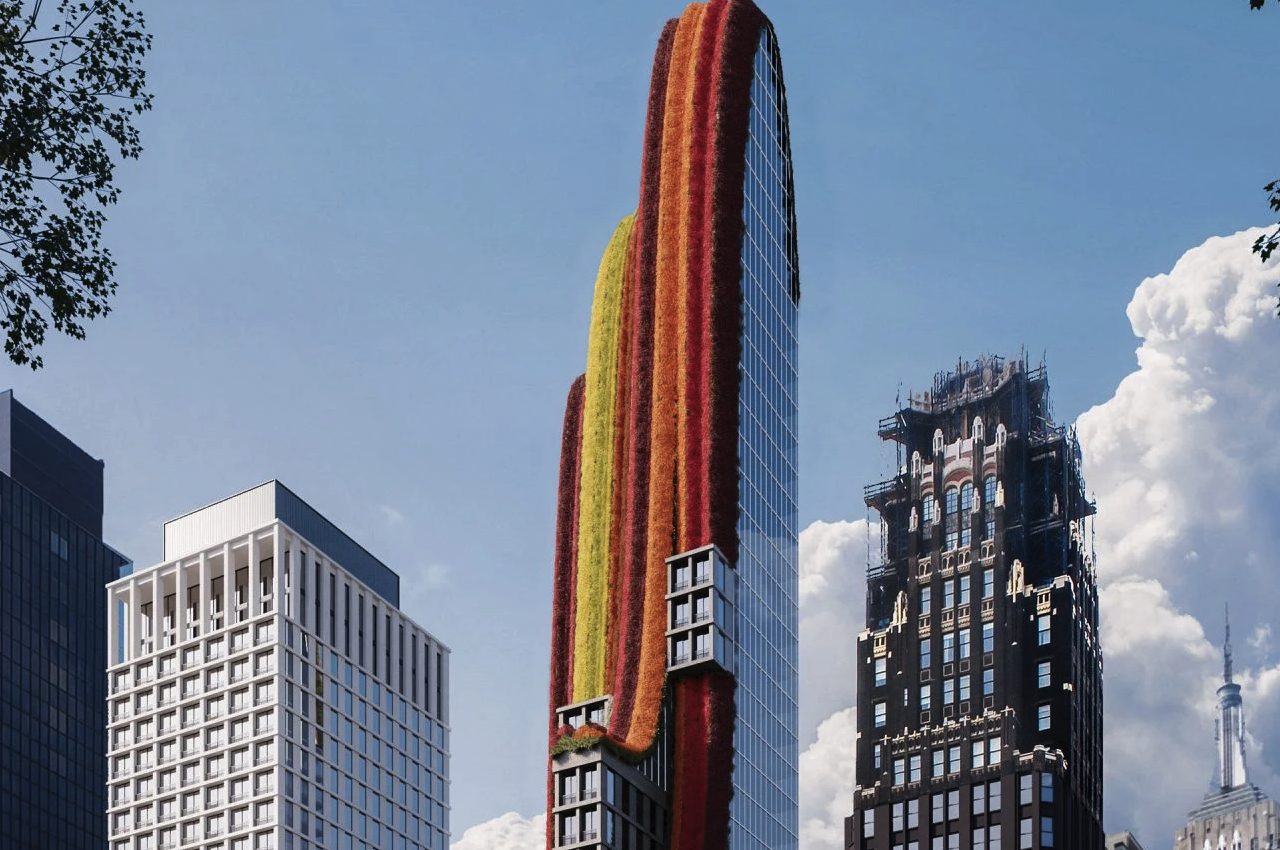 Like a skyscraper, anyone can be rising from the ground. That’s a line from a song but it’s what we remember every time we see new conceptual designs in architecture. It can be fun stretching our imaginations into something that may be not so impossible to happen.

A conceptual skyscraper from an area near Bryant Park has been imagined by architect Selium Vural. Thousands of skyscrapers have already filled New York City but there will always be room for one or more. A concept building called “The Lilly” has been introduced by its designer and just by the looks of it, the Manhattan skyline will have another interesting landmark. 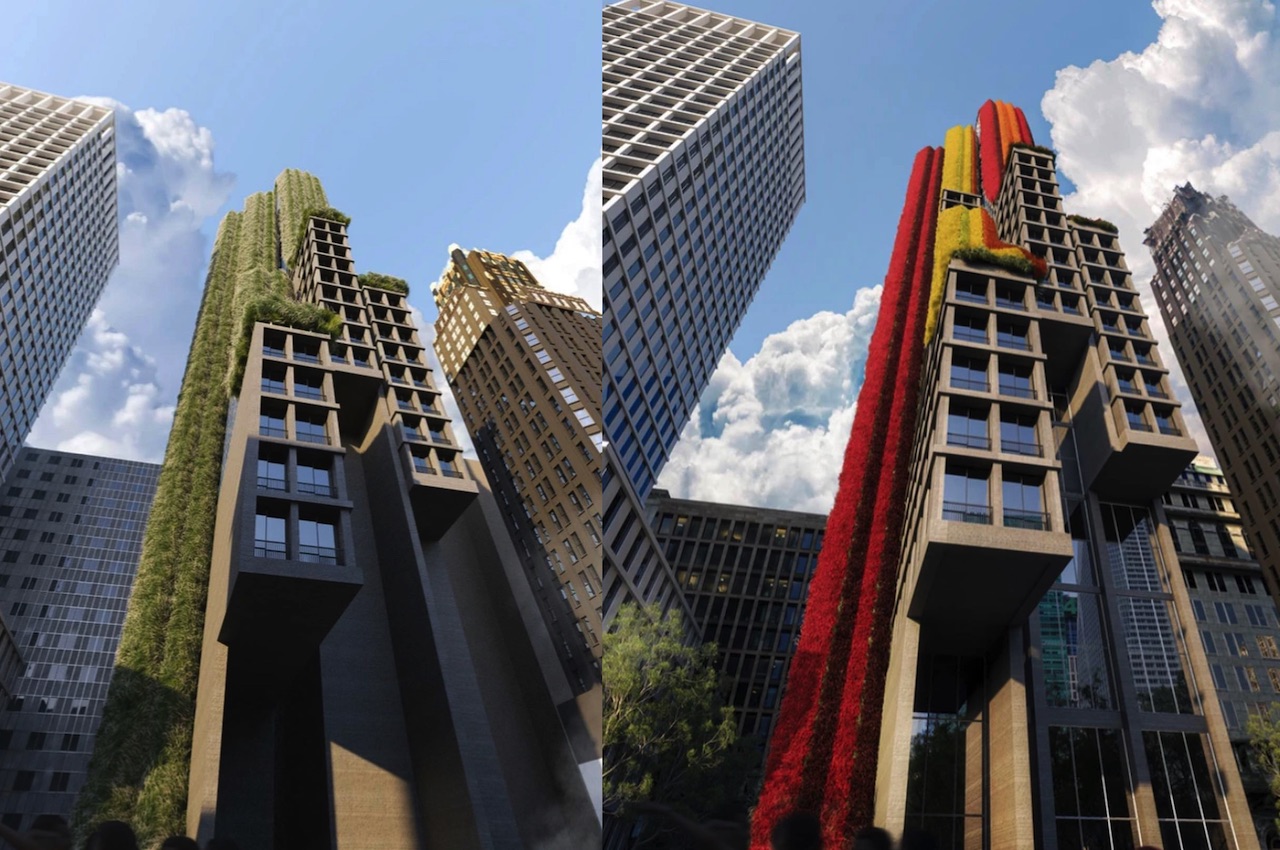 Selim Vural is a New York-based architect that often shares his innovative thinking and design. He’s also generous in providing practical information for other 21st century designers. His latest design has been envisioned to bring live flowers to the city which is not very common in the Big Apple.

Similar ideas have been seen and heard before but not yet done. There are plenty of flowers in NYC but you mostly see them in gardens, parks, and balconies. The Lilly will be filled with flowers all over so when you look up from the ground, you will only see flowers and plants. 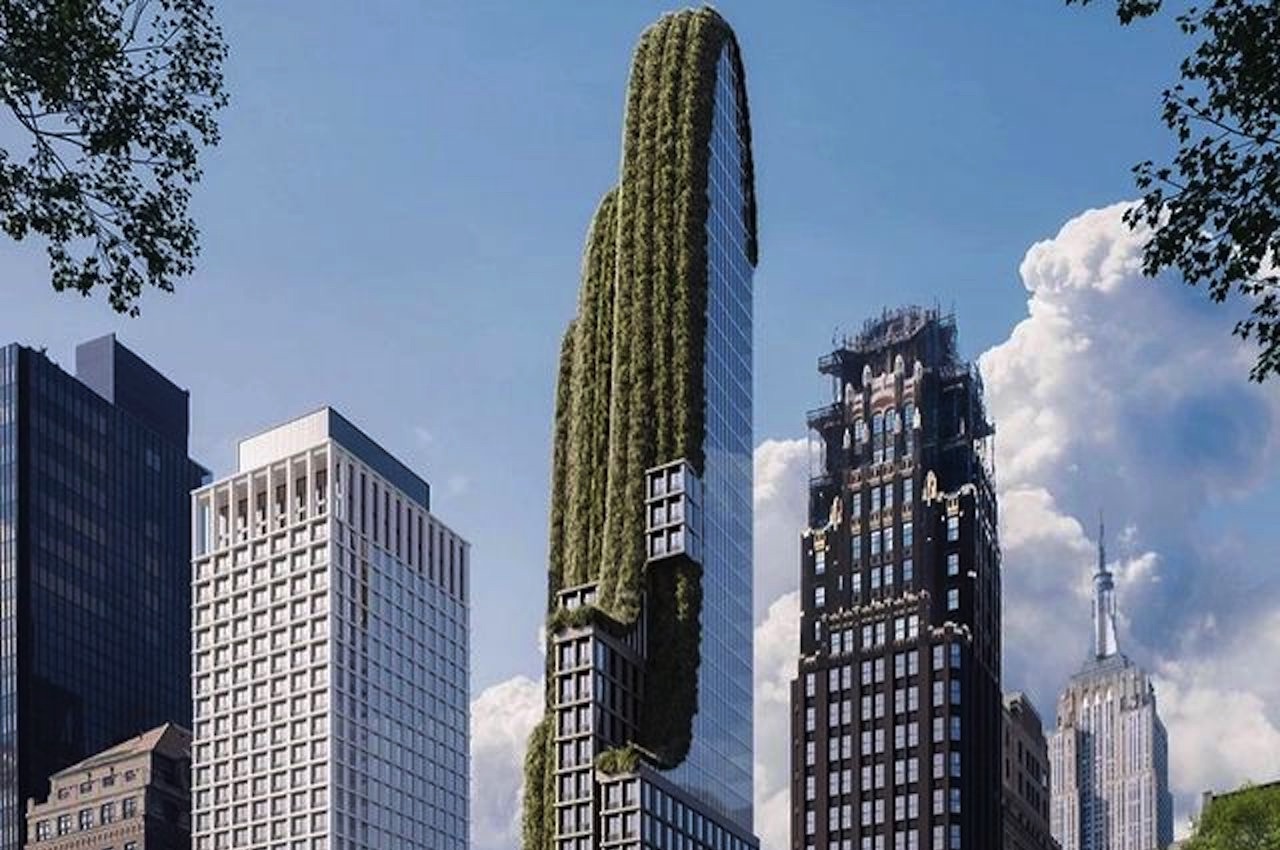 The design of the 23-storey building presented shows the possibility of an eco-friendly establishment. It’s imagined to have 23 floors of space and 18 floors of apartment. It may be a challenge to maintain but with proper building management, The Lilly can show New York and the rest of the world it can be done and what it means to have a sustainable space. Architect Selium Vural (Studio Vural) got the inspiration from his rooftop. At only 1,000 square feet, he grows flowers, fruits, and vegetables there. Vural wants to see his garden on a bigger scale because it can benefit people and nature. 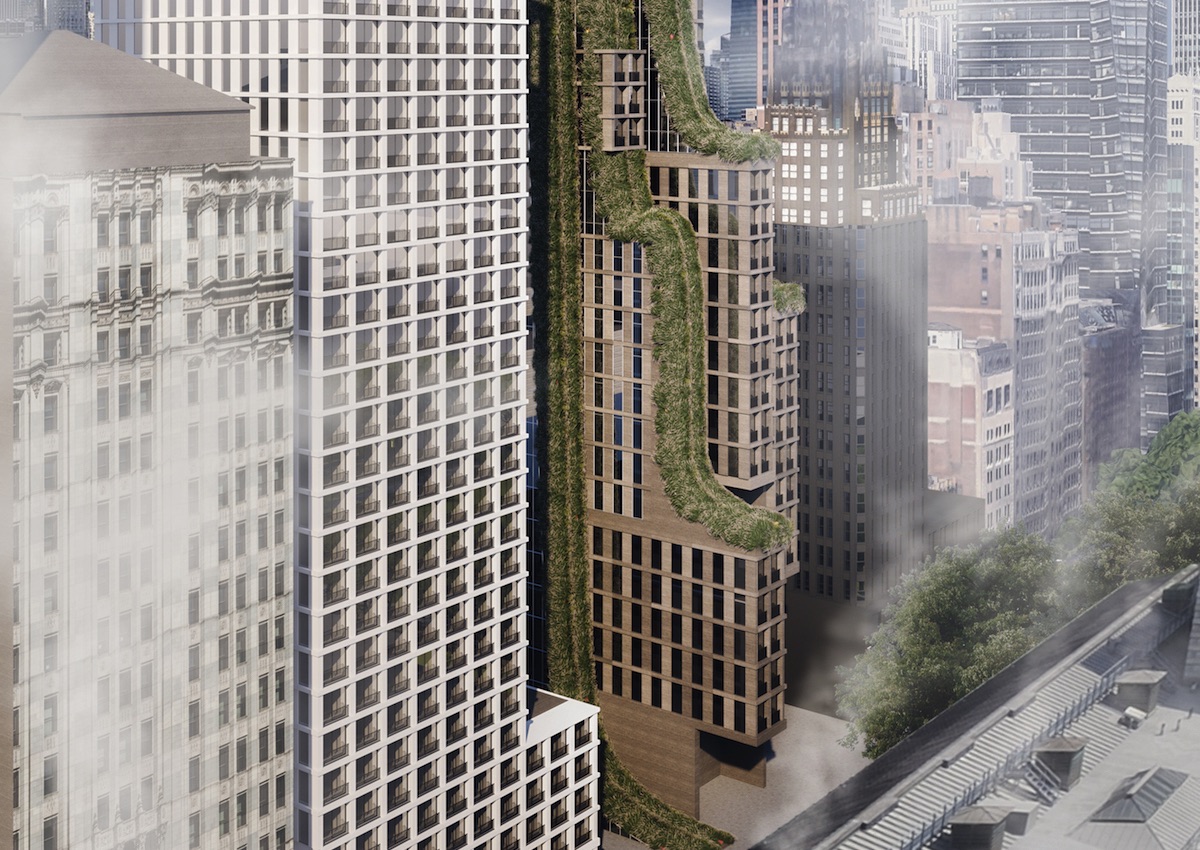 Asian lilies are easy to grow and take good care of. The architect described it as a very resilient and hardy plant and yet can grow and spread around. Vural is not just an architect and designer, he is also an urban gardener. He believes he is contributing to the natural ecosystem of his city. His plants feed the birds and insects. The plants also absorb all the carbon dioxide. 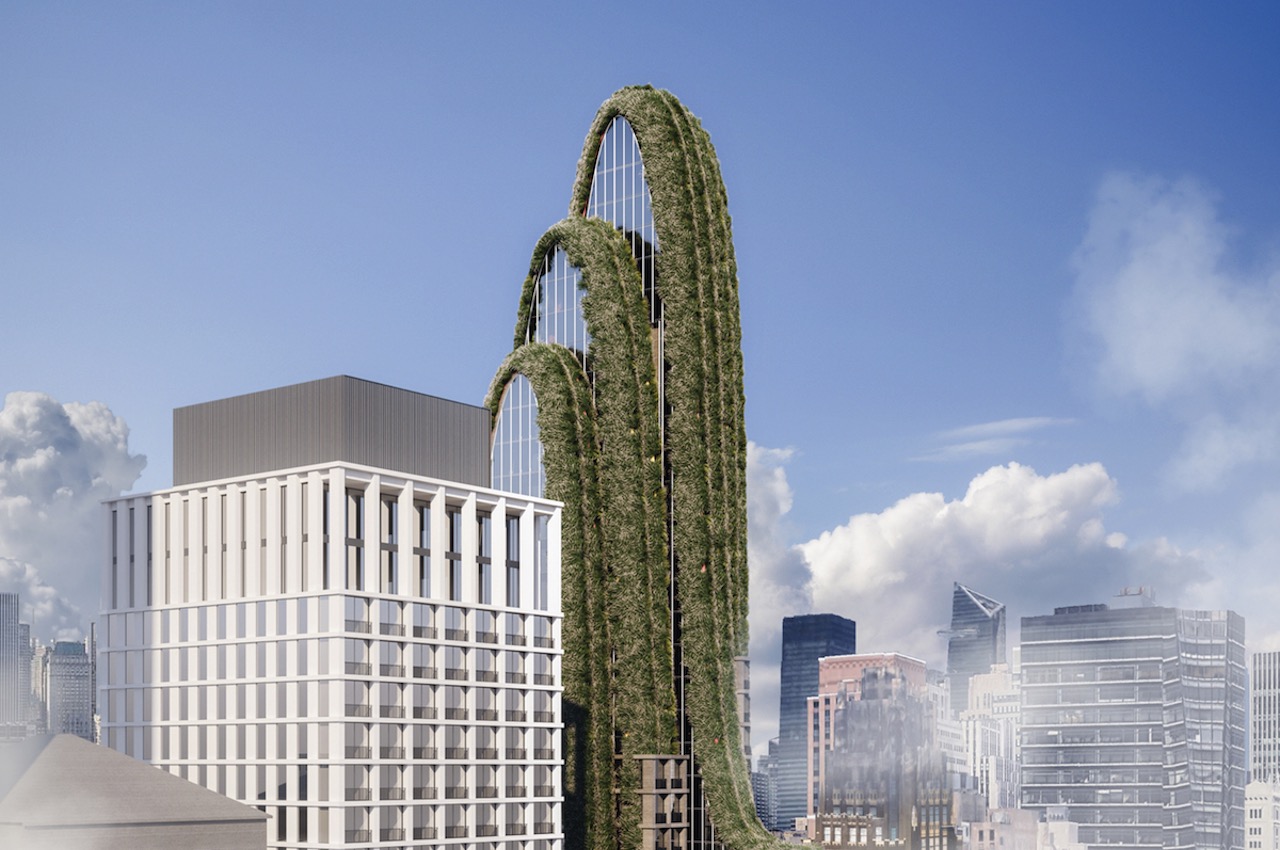 The skyscraper’s renders show us a more colorful and lively skyline. More buildings are being transformed into eco-friendlier ones with solar panels, green roofs, and geothermal energy being used. We’re crossing our fingers more will follow.

The Lilly is meant to bloom in different colors. It may be cool to really get this conceptual design to become a reality. Planting the plants and flowers may be easy but maintenance is another thing. There’s also the cold weather in New York but like anything, there can be a way around it. Irrigation technology has improved over the years so expect these lilies to survive. 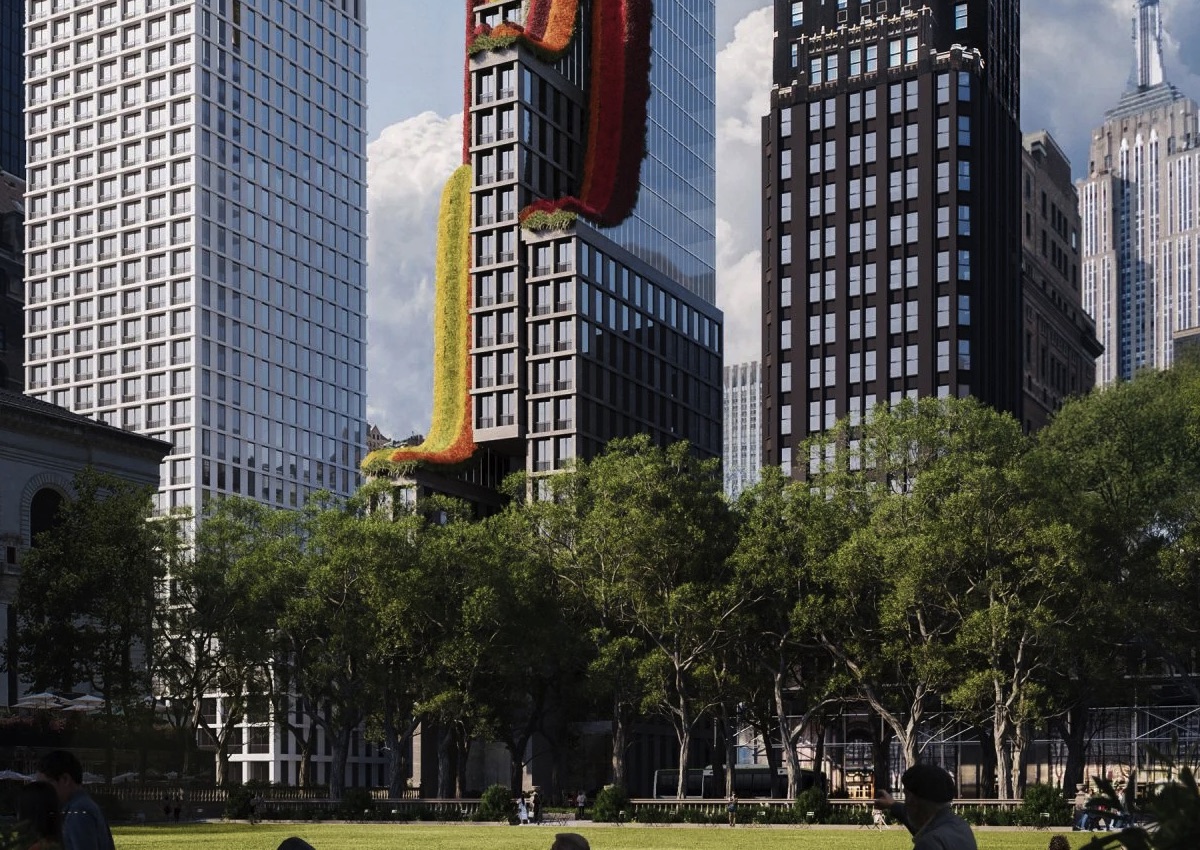 This tiny living home made from wheatgrass, jute, and felt brings nature into our brutal cityscape

Getting close to nature through architecture comes in many forms. Some homes take to glass facades, dissolving the barrier between the outdoors and inside, then…

What is that, a Curling Iron?

Nay! It’s a battery charger. More importantly its a jump rope. Just fill the handles up with some rechargeable batteries, close the caps, click the…

The Office for Metropolitan Art (OMA) has just revealed their final design for the New Hamburg Science Center and Aquarium. The structure, which will be…

Paki The Hippo Is Eco-Edutainment

Let’s face it, we all care about the environment but managing energy, water, and waste is a challenge in itself. The key is instilling eco-behavior…