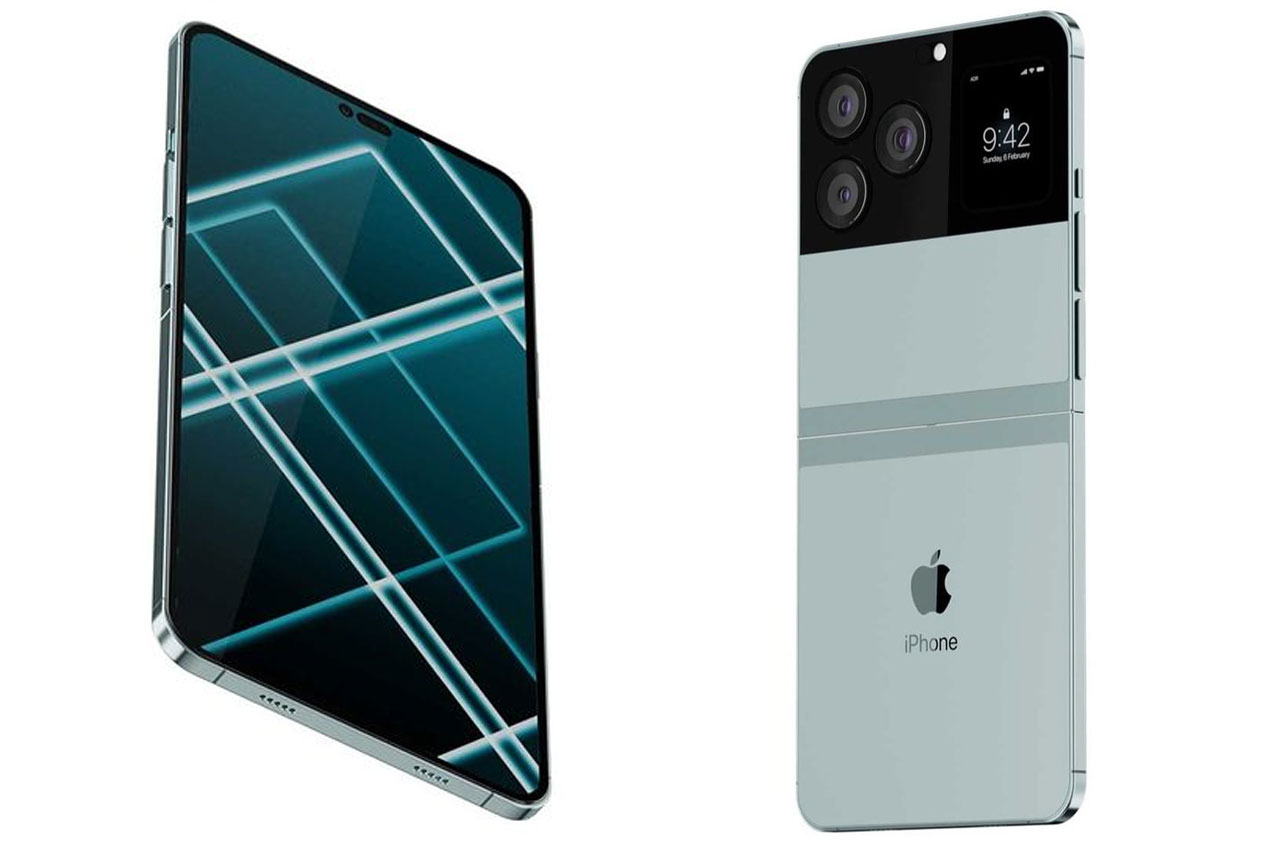 Since Apple’s foldable iPhone is the next big pie consumers are waiting anxiously to have a bite off; foldable iPhone mockups are landing dime a dozen. In that league, Designer Antonio De Rosa’s take is closest to the interesting rumors about the phone, and it begs a glance!

Apple’s foldable iPhone is one of the best-kept secrets in recent times. While numerous leaks, renders and mock-ups have pooped up, there is no official word on such a device from Apple. This is not slowing down the rumor mill, which predicts the first folding iPhone could unveil the latest in 2024, and it would appear in a flip-style form factor, which might steal the light from Sammy’s Galaxy Z Flip range. Presumably, Apple considers flip iPhone as a more appealing form factor, for a large screen device that can fold to fit in the pocket, as opposed to inward folding Galaxy Z Folds or the outward folding Royole FlexPai. 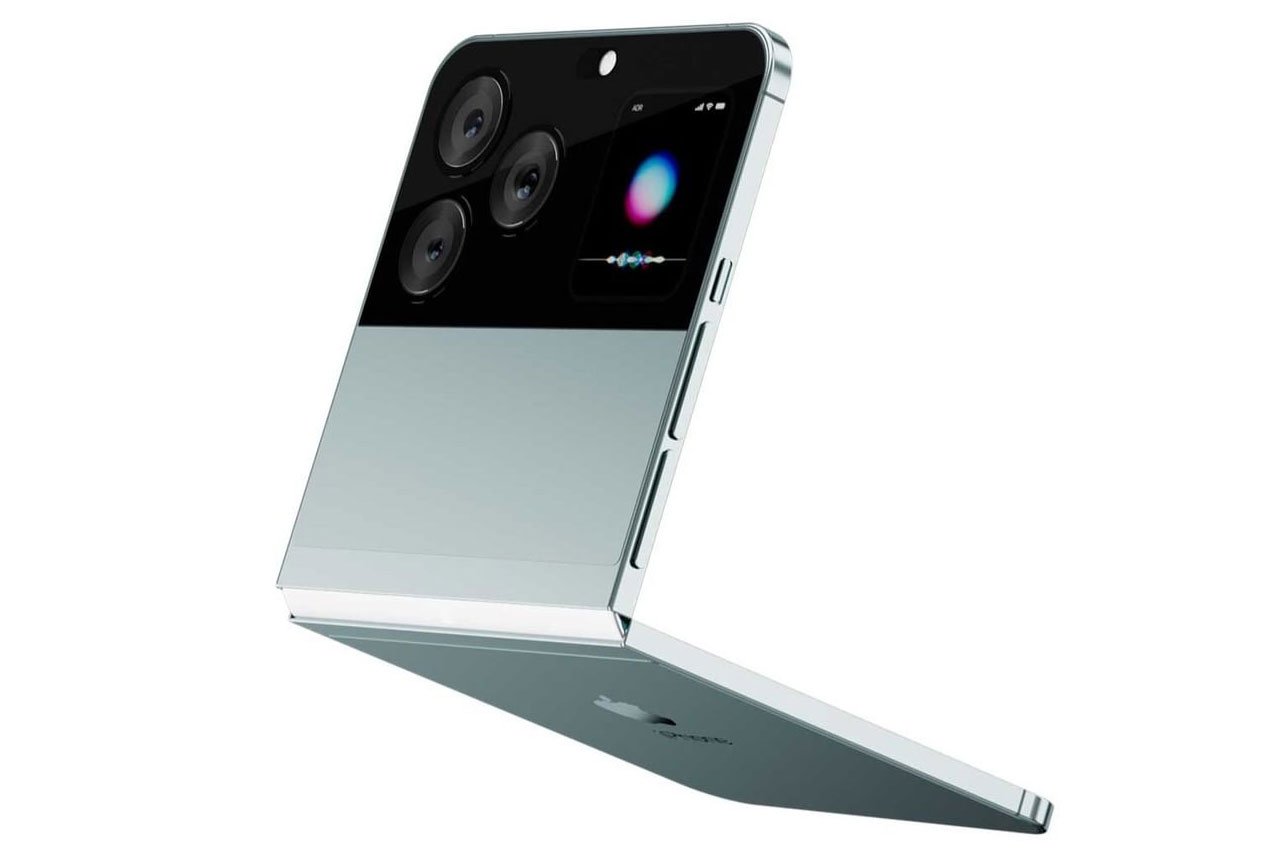 Designers love to draw inspiration from rumors and leaks by industry insiders to create their renditions of upcoming/in-works Apple devices. And so, we keep seeing these mockups. But Apple itself likes to play the waiting game. The tech giant takes its own sweet time to adopt a new form factor. We have seen that in the case of smartwatches. Apple entered the market with an Apple Watch only in 2015 while smartwatches were commercially available for years. 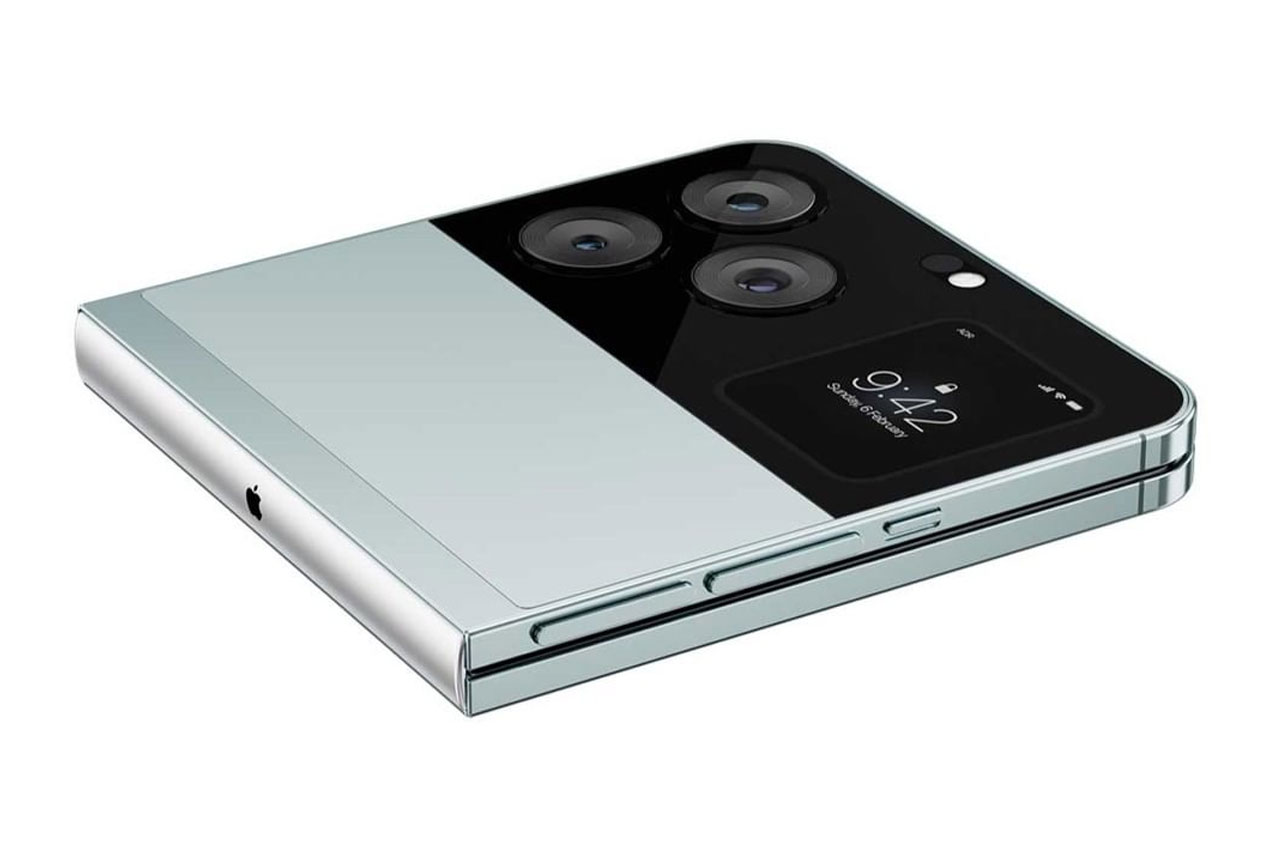 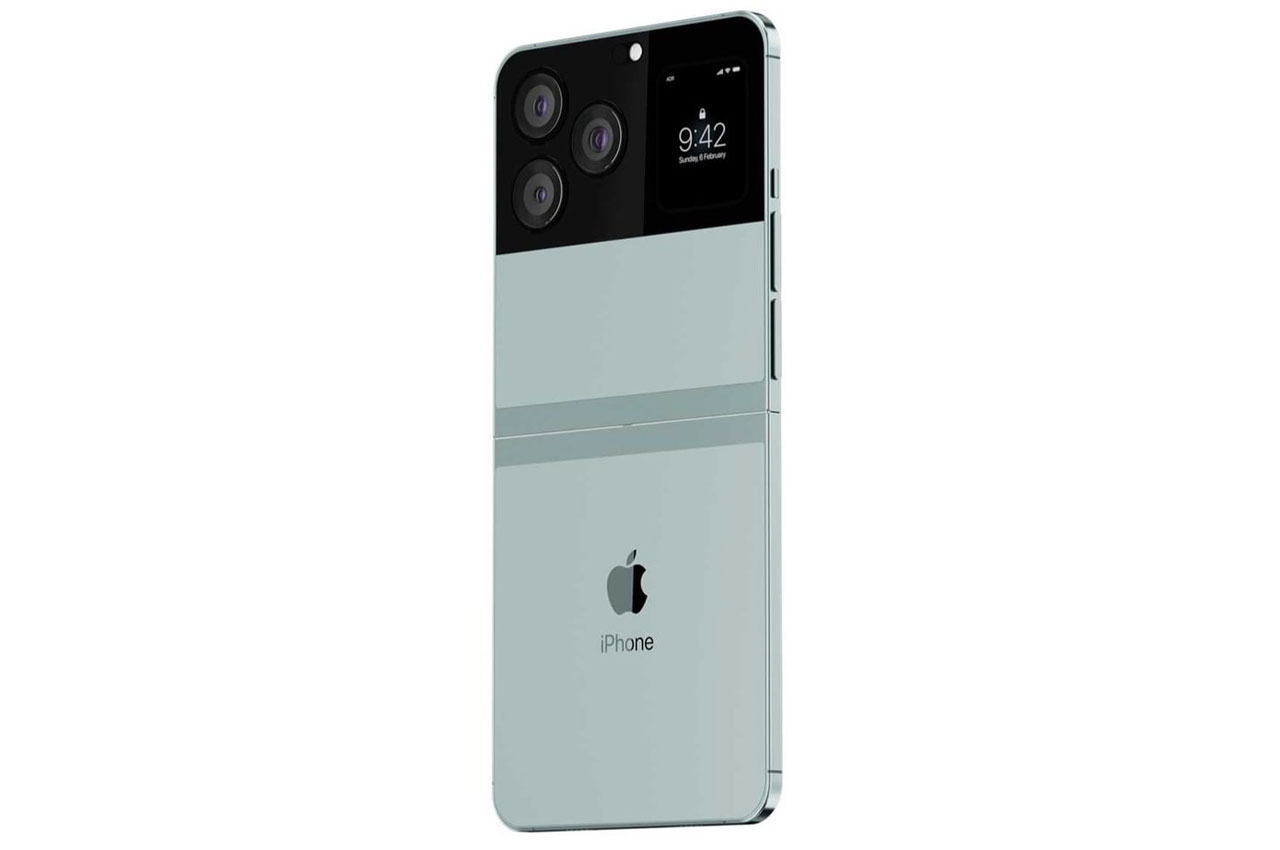 Now even in the case of the foldable iPhone, Apple seems to be playing the wait and watch game. Supply chain sources suggest, Apple has ordered flexible OLED panels from Samsung (which it has likely perfected for its own foldable smartphones). There is little doubt then that iPhone Flip is on the horizon. Before Apple perfects the iPhone that flips probably like the Motorola Razr, Antonio shows “iPhone Air”, a premium iPhone Flip with an iPhone 13 Pro-like, triple camera module. 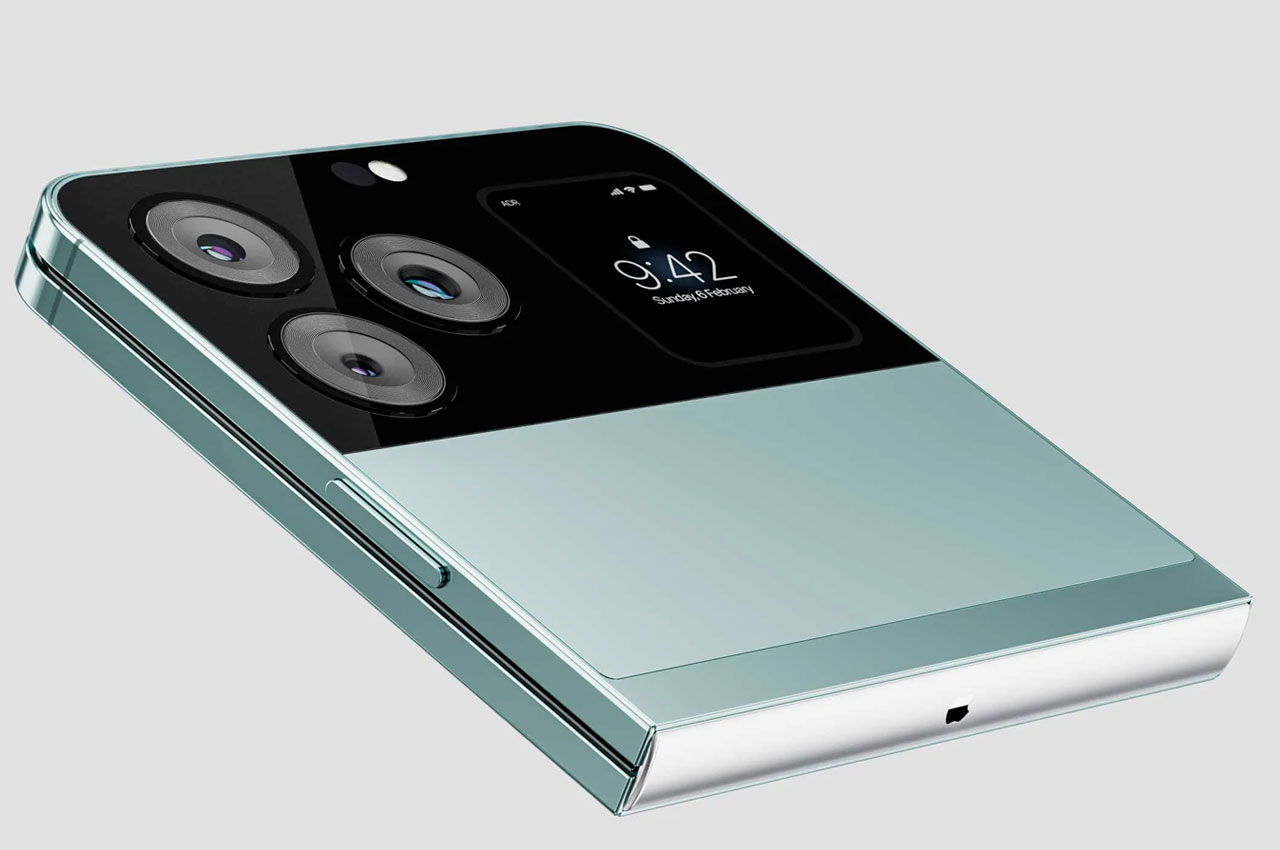 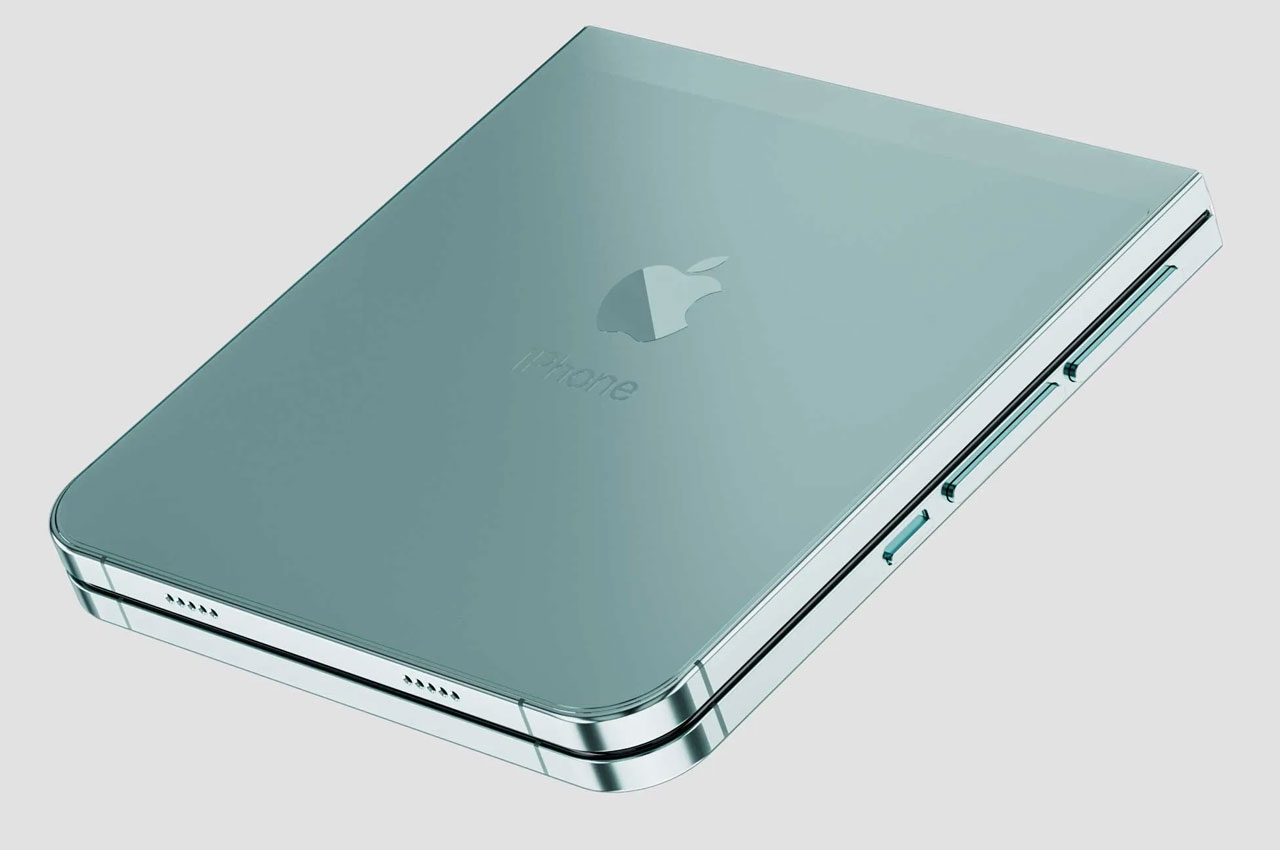 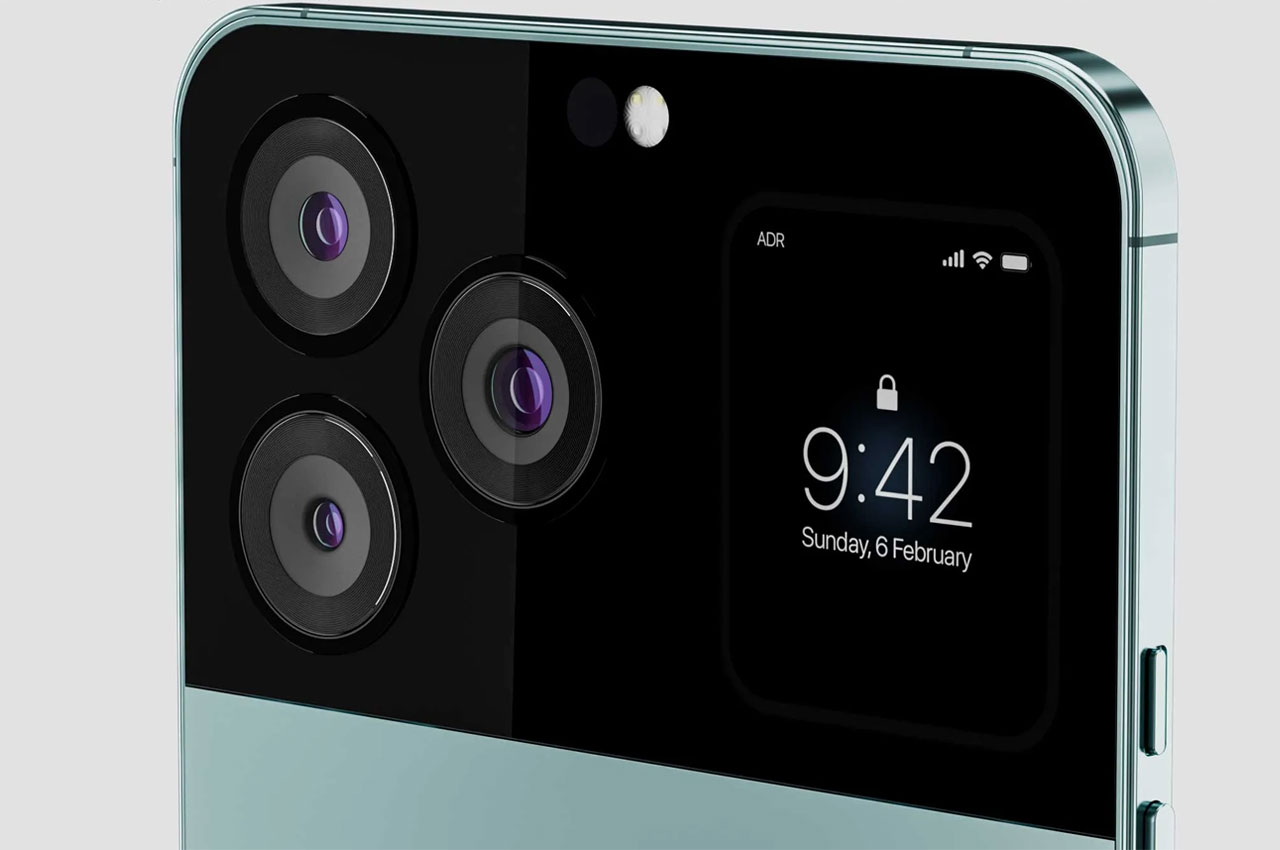 Next to the flagship-level camera array is the secondary display to show notifications when the iPhone is flipped close. When flipped open, the iPhone has a large, lively display with a punch-hole camera alongside a longer cutout for sensors. The display looks as large as the rumored 8-inches with 144Hz screen refresh rates. This is indicative of Apple’s intention to offer iPhone Flip with a screen that’s larger than on the regular iPhone Pro Max variants. We love the conceptual interpretation of floating rumors in this iPhone Flip design, but the peculiar hinge distinction on the back is a put-off for me. 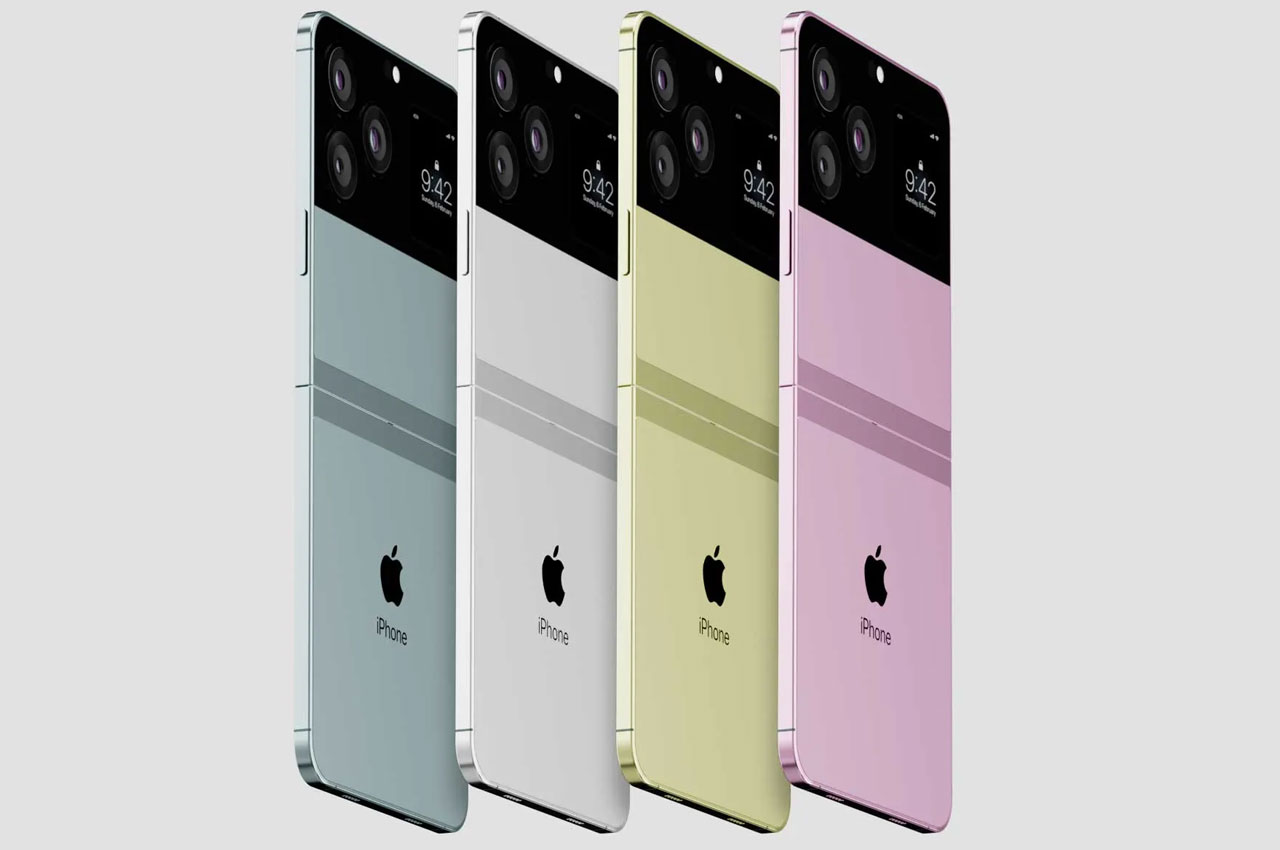 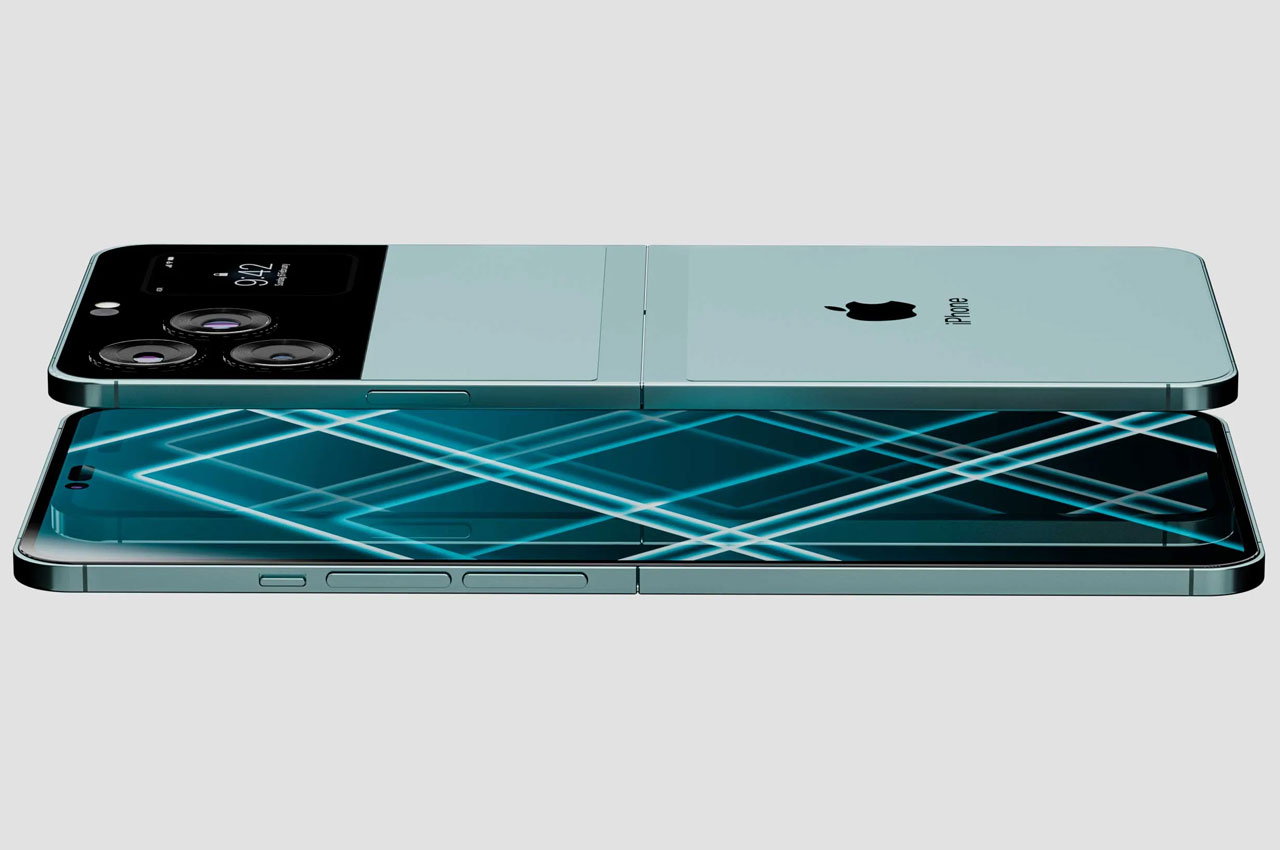 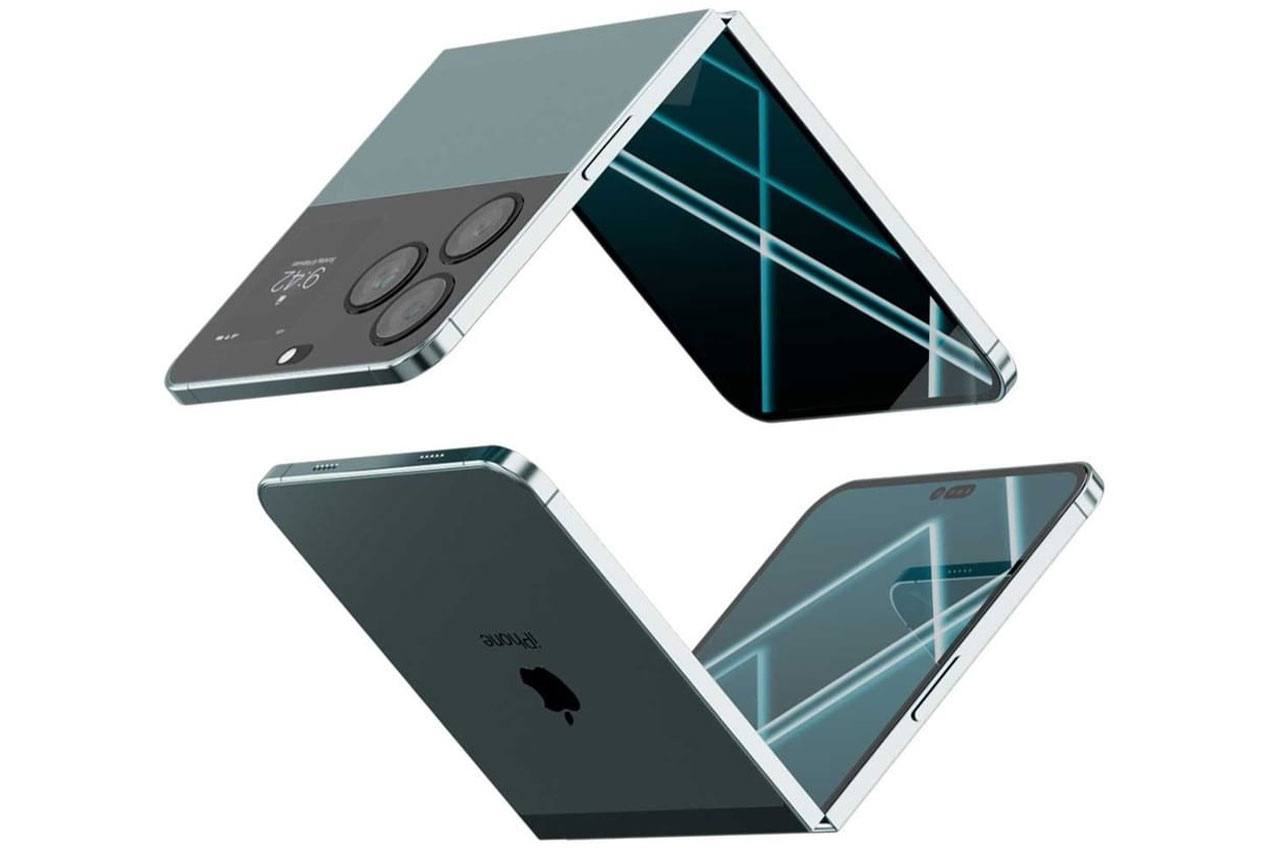 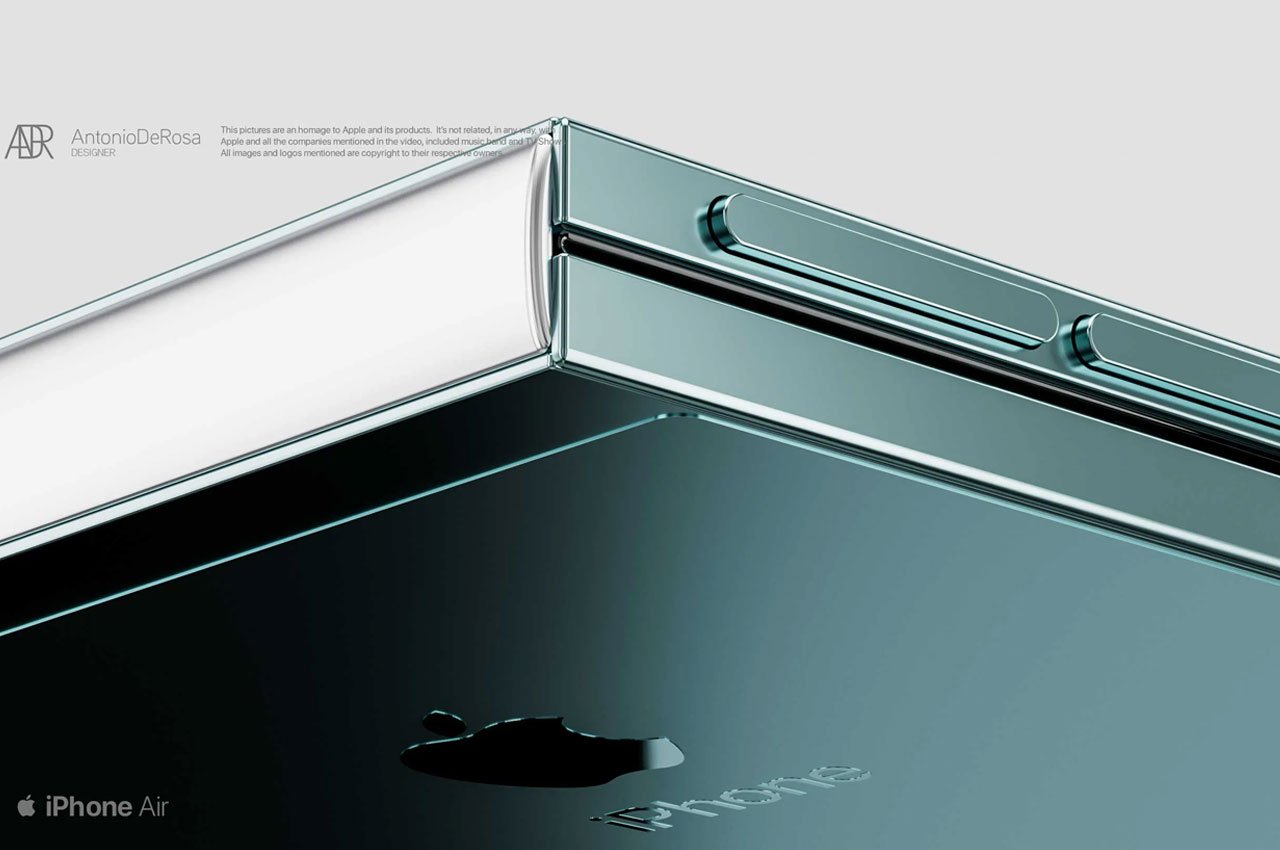 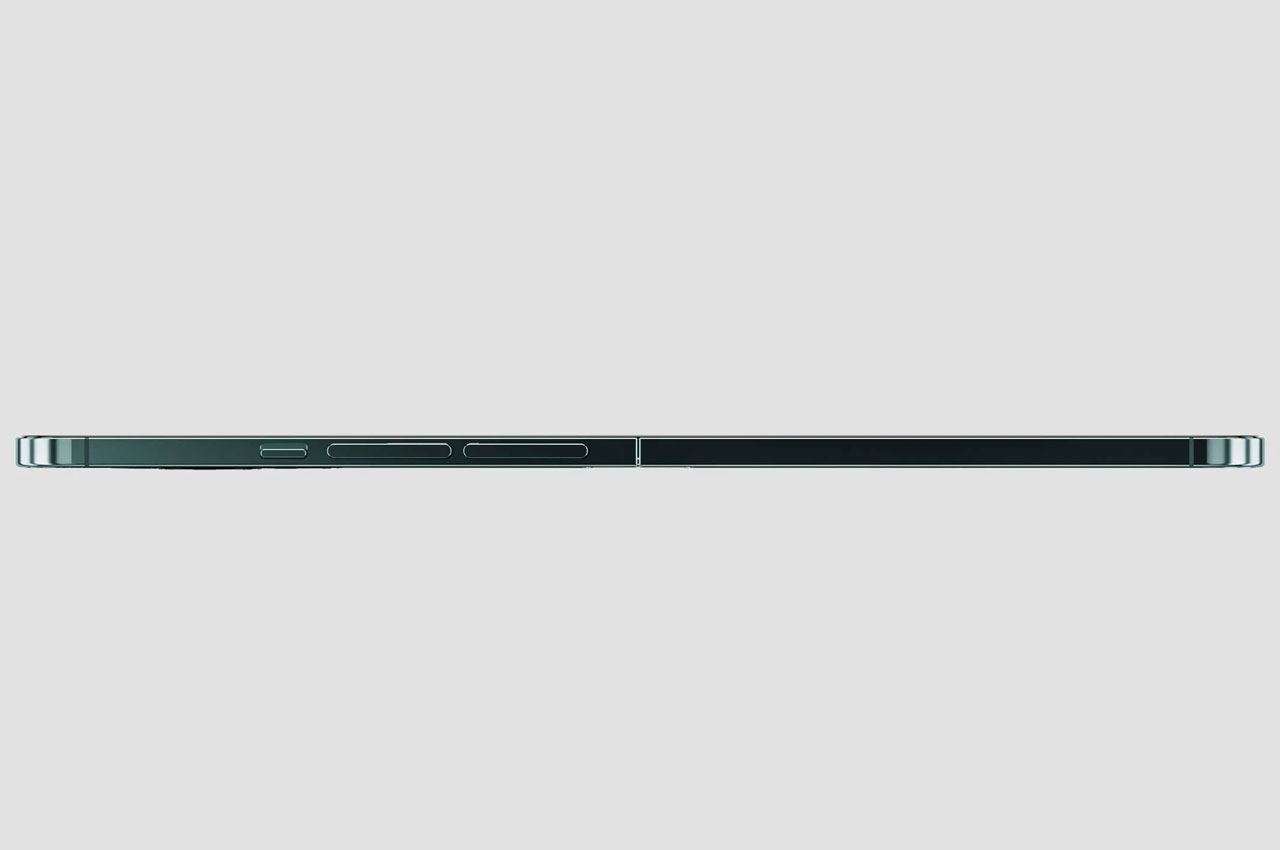 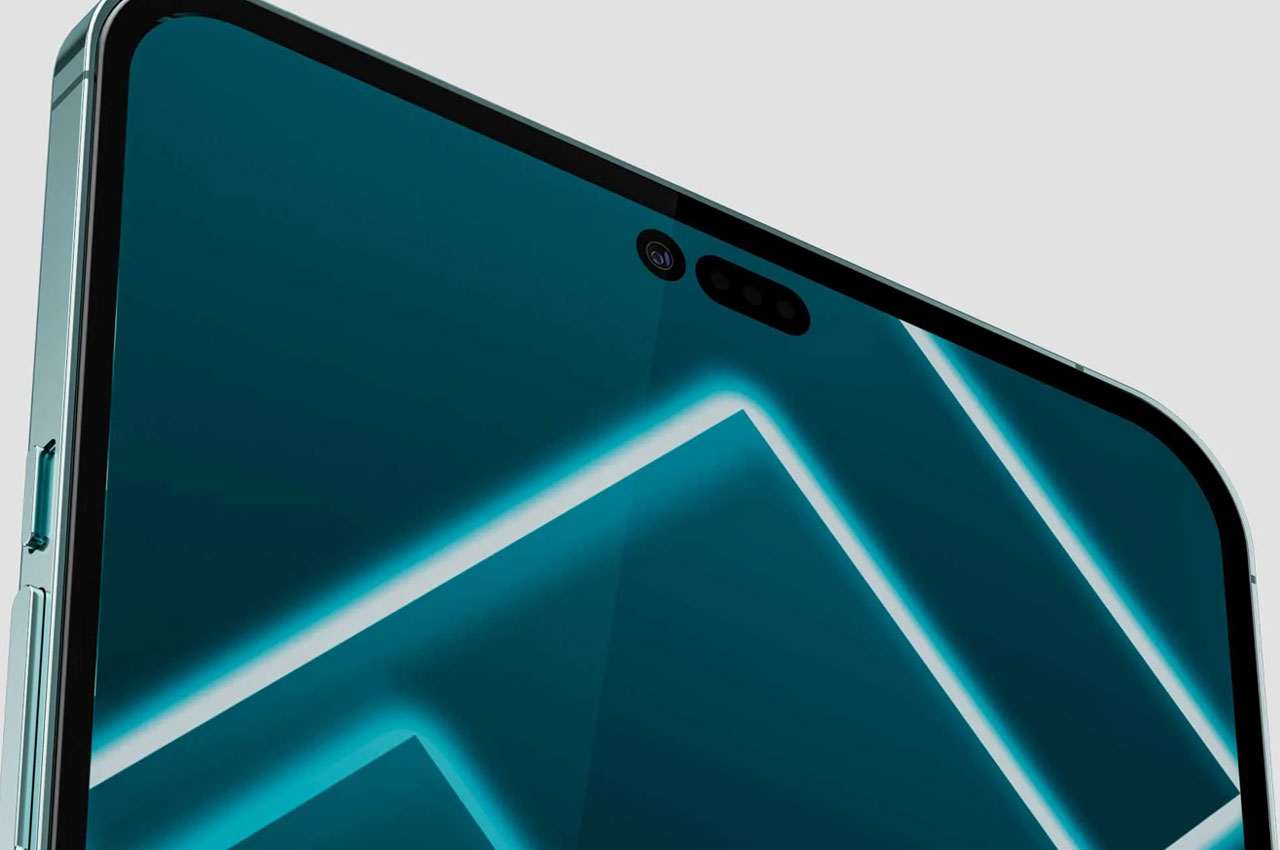 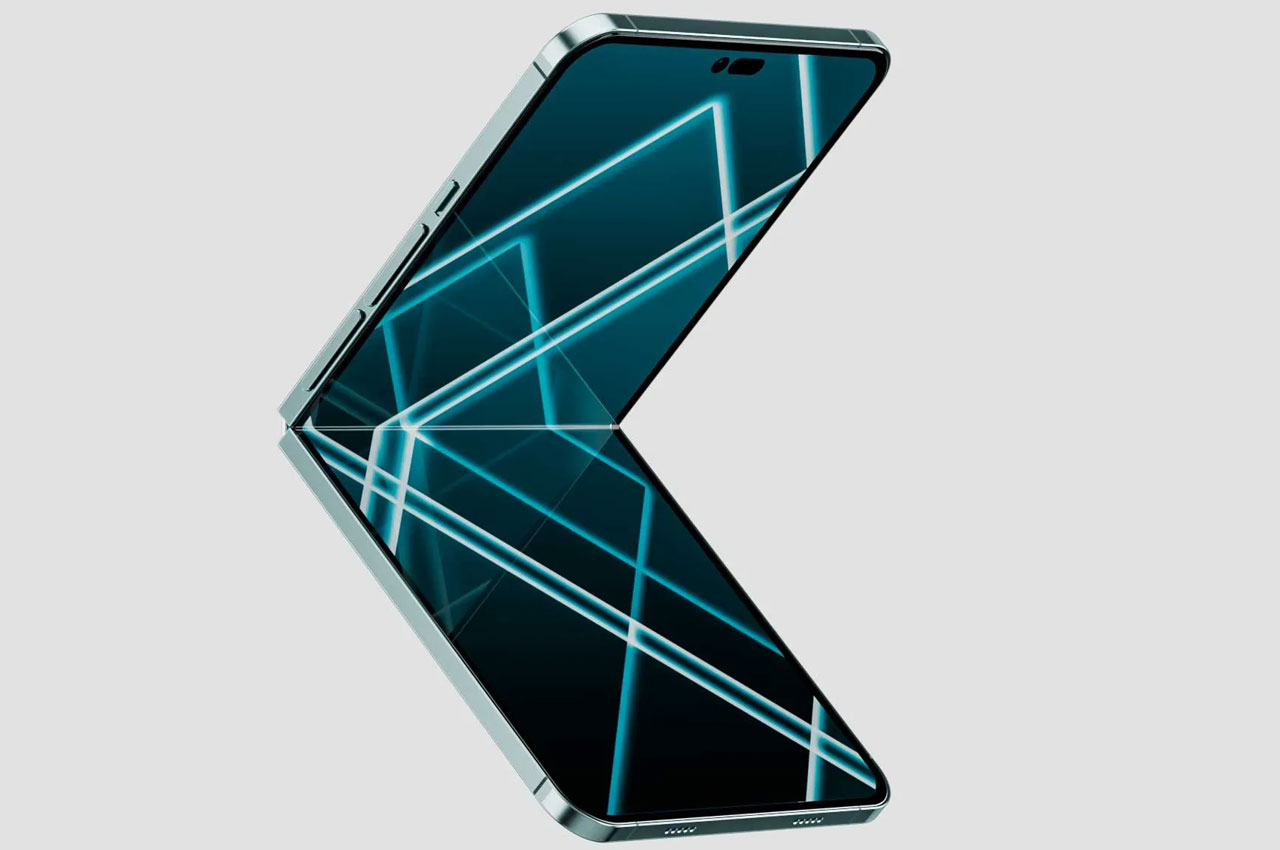 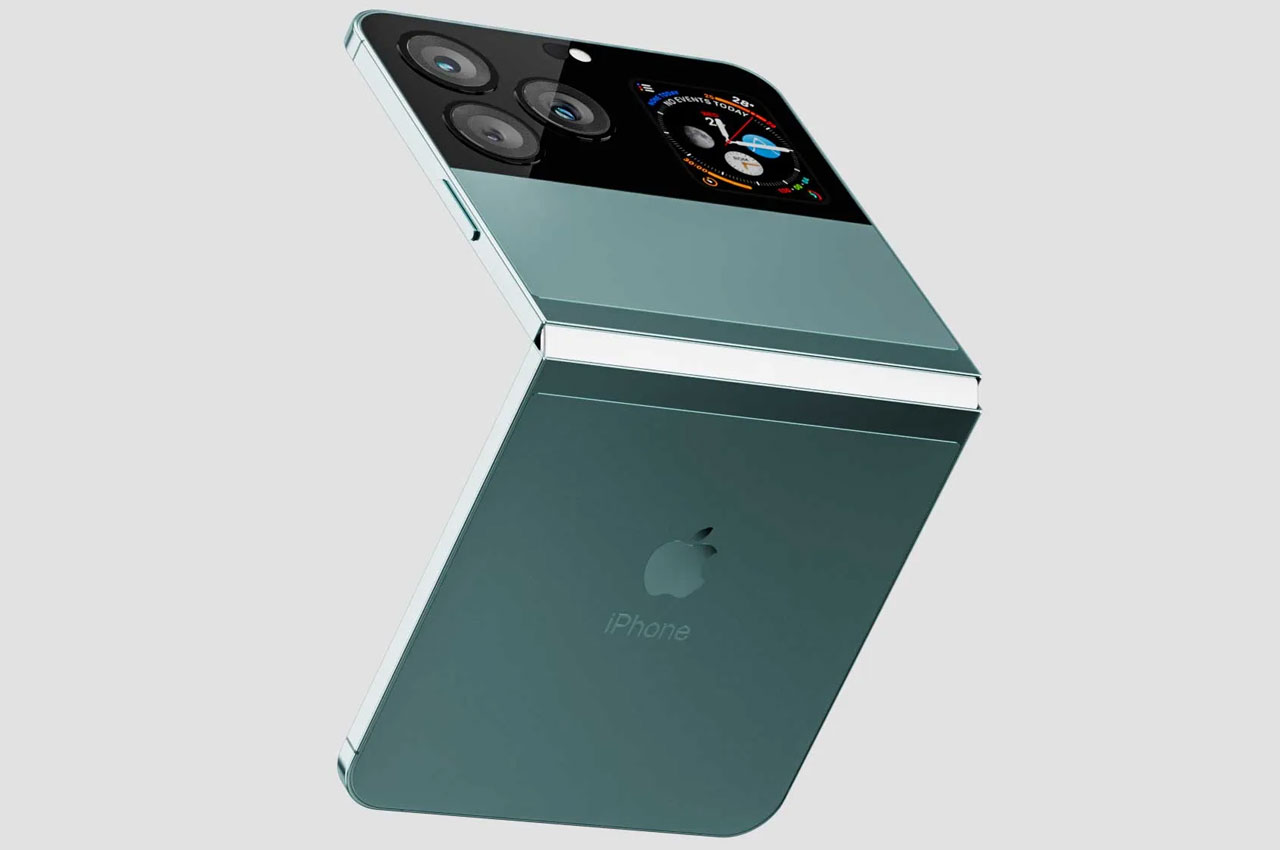 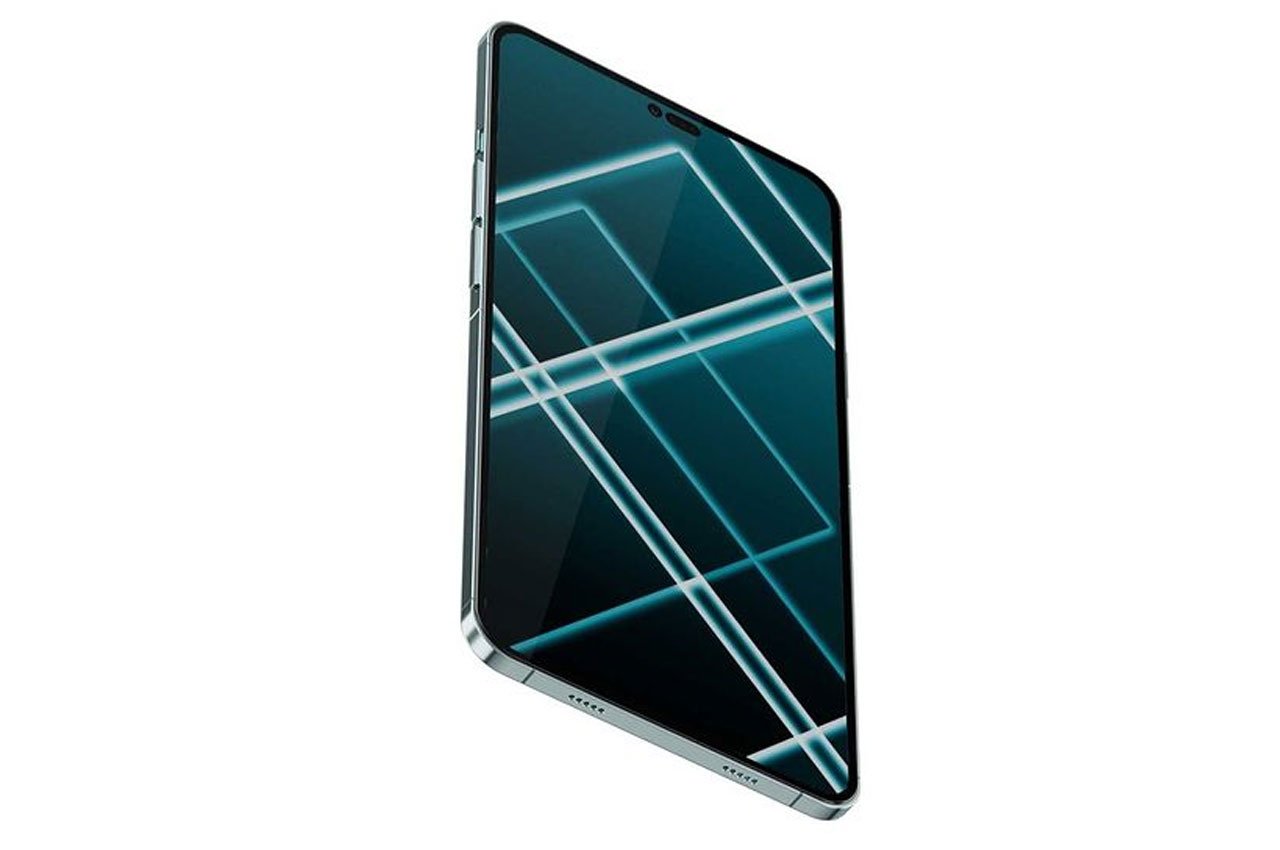 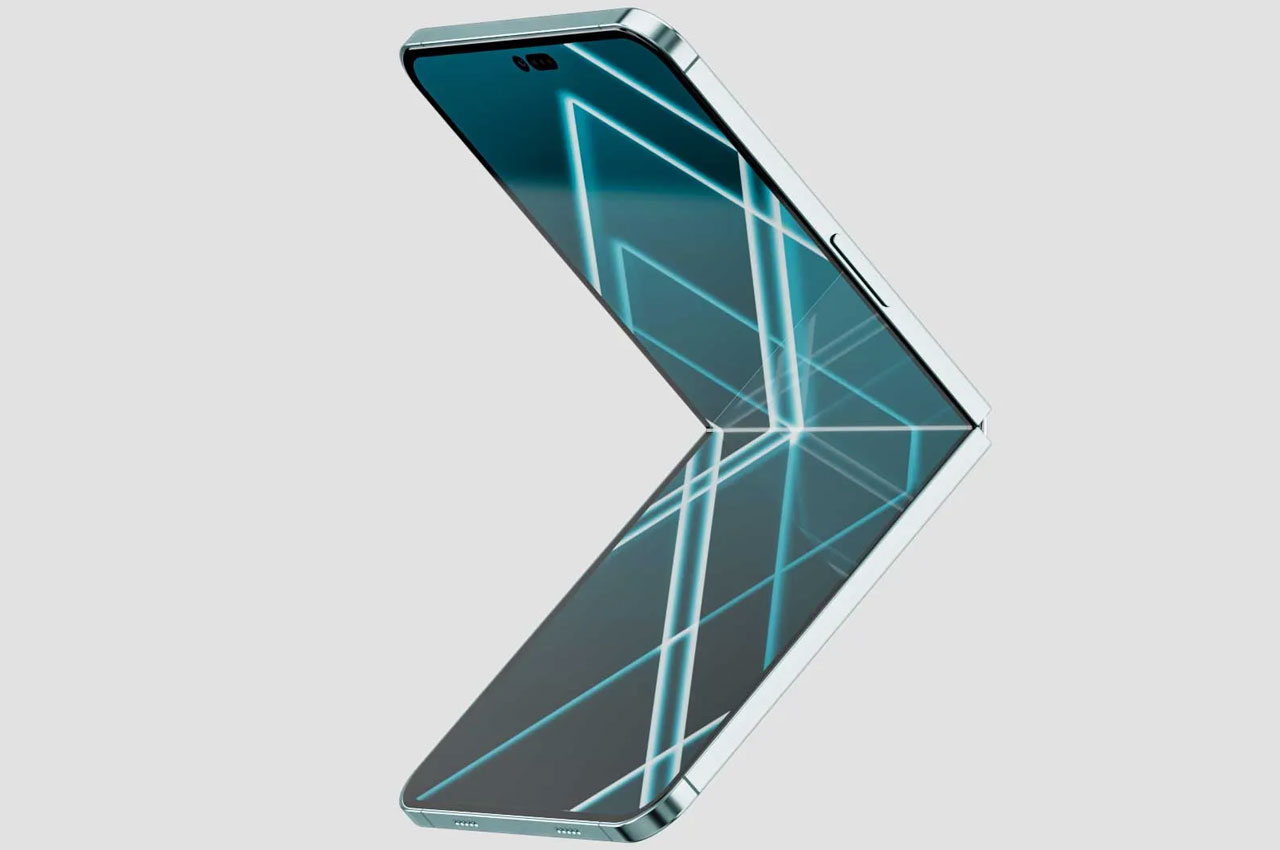 The AirBorn is an innovative child seat for infants flying in commercial aircrafts. The design is such that it increases the comfort and safety for…

Appliance meets urban mobility in this clever combination that cleans your clothes while you commute! Called the “BiWa” (short for bicycle/washing machine), the design features…

This Cybertruck-inspired gaming mouse is built like a tank!

I’m not sure if this one’s bulletproof though… Meet Battletank, a heavy-duty gaming mouse built with purpose. The purpose being to absolutely dominate on the…

Wine In a Can by Jens Andersson & Jonas Forsman

“Wine in a can” makes it simple to bring a glass of wine on the go. Avoid the hassle of wineglasses, opener and fragile bottle….