Choosing a mouse or a controller to use with a computer can be a personal endeavor. It doesn’t have to be one size fits all, and sometimes we need something less boring than a generic mouse.

There have been many attempts to redesign the mouse but only a few can be considered a real success. Hardcore gamers know what they want so they go for those specially-made for gamers. Designers and creative professionals prefer ergonomic ones as they offer comfort, reduce pain, and help produce higher quality work. For those into robotics, perhaps a wireless mouse may be preferred. 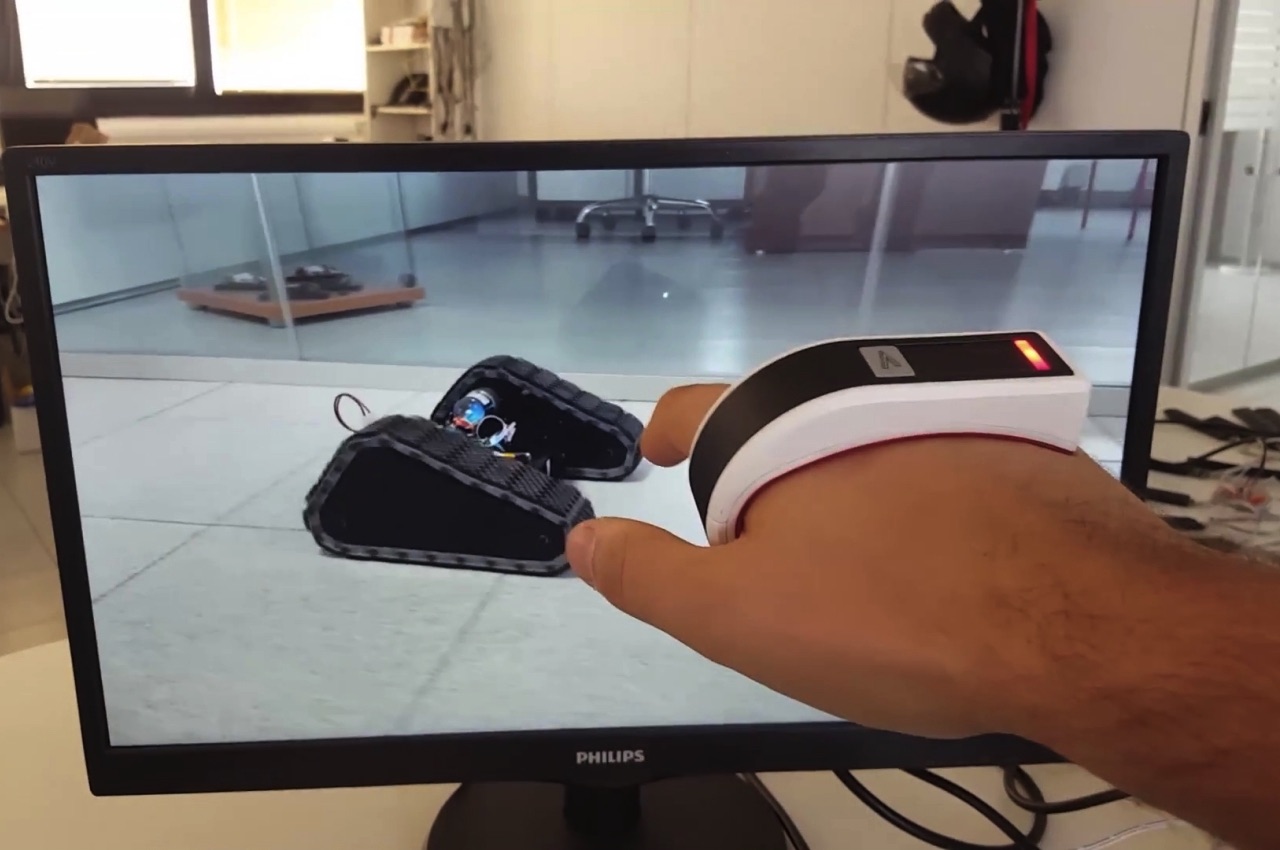 Many people too like customizing their controls so a programmable feature is a must. The Tactigon SKIN aims to answer a few demands as a ready-to-use gesture controller. It’s not just like any ordinary mouse or controller. It comes with Artificial Intelligence Algorithm that helps improve gesture performance.

This design is a product of the man-machine interface revolution. With the hand being the natural interface we use in real life, it’s only right we utilize it as a special accessory. The T-SKIN Reload is all that in the digital world, allowing you to program gestures and voice controls to use for different tasks whether on the PC, gaming, robotics, 3D CAD, or even as trivial as PowerPoint. 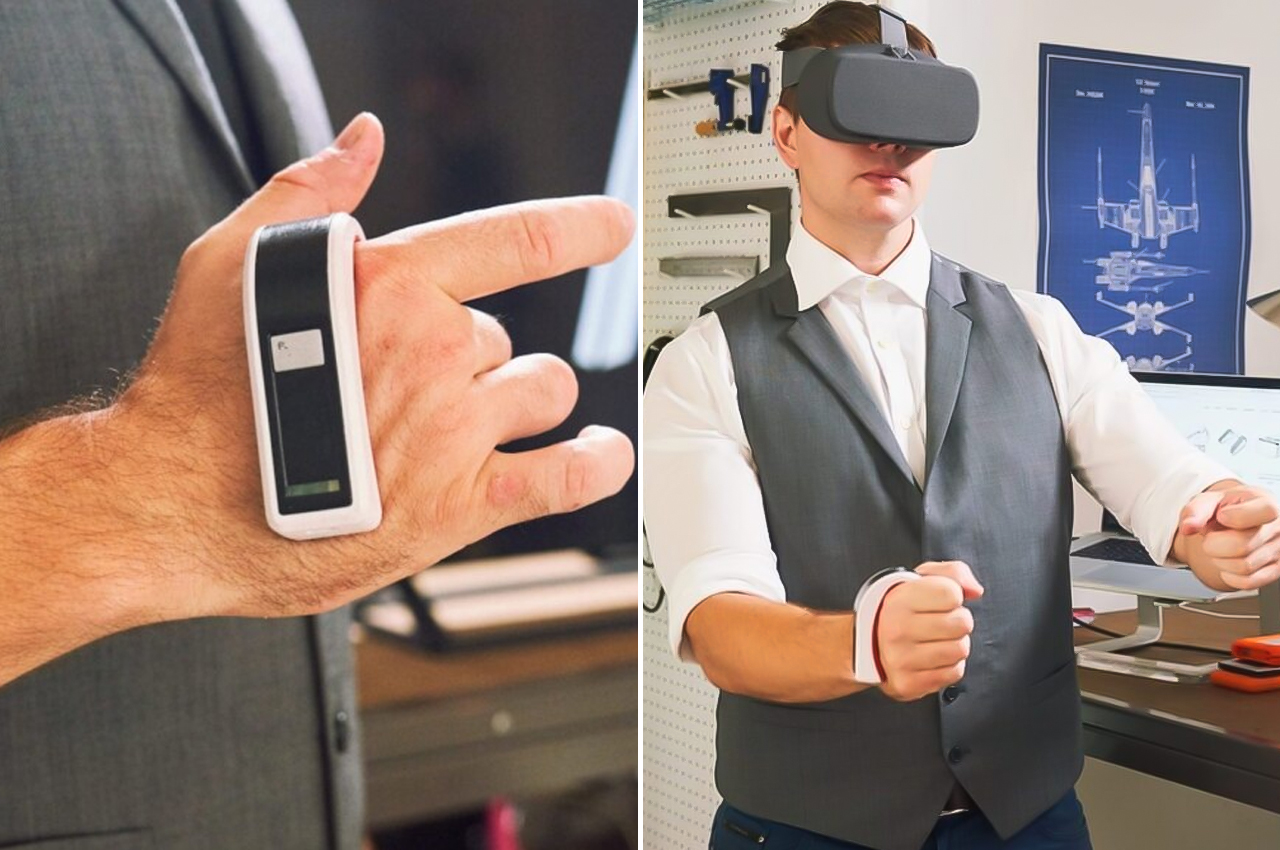 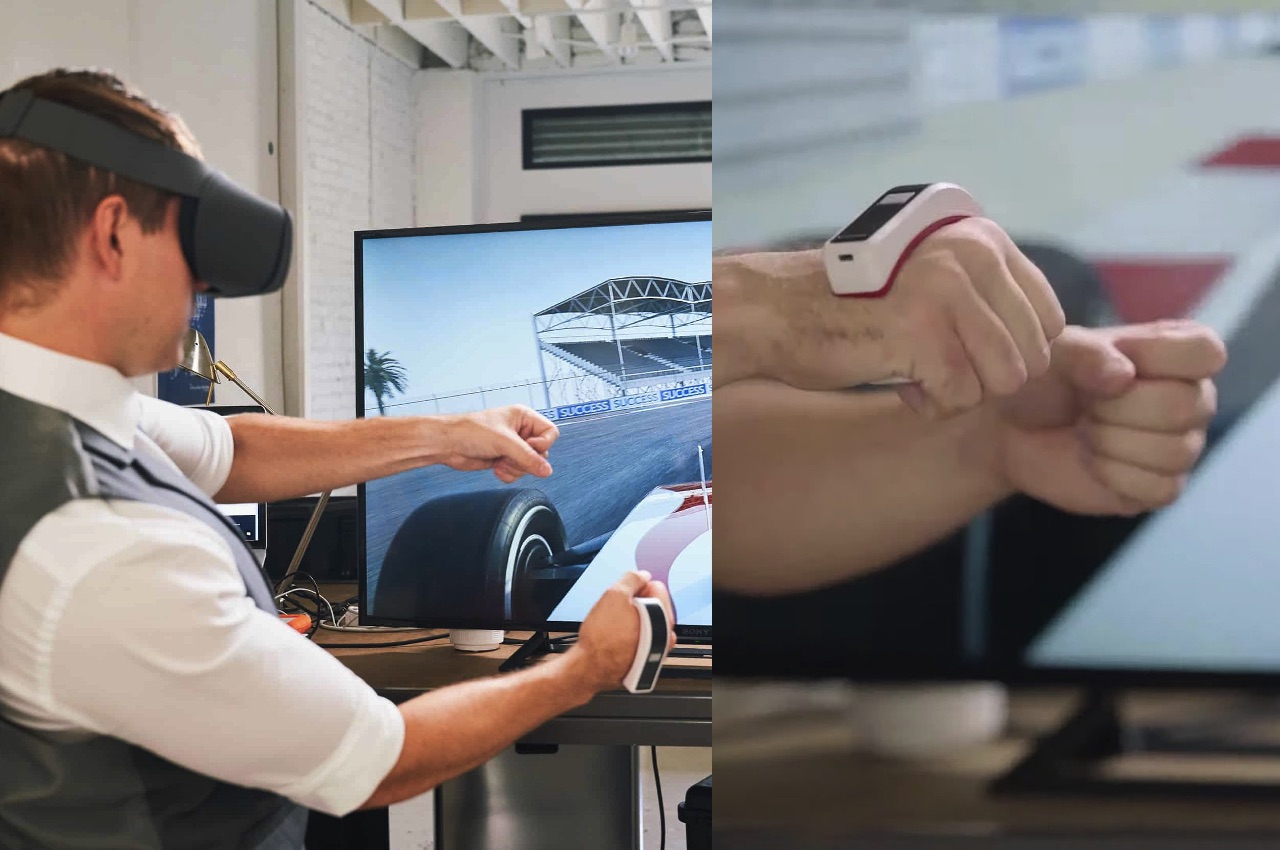 The product is highly programmable so more advanced users can customize it to their needs. That said, you don’t really have to because there are already numerous apps ready to be used with it.

Accurate movement and gesture capture can be expected, thanks to the interaction between the algorithm and integrated sensors. Use it in three ways: as a mouse, a touchpad, or a presenter. You can program the device using the Tactigon Gear (or T-GR) software. It can respond to natural hand movements and can recognize over 48 gestures. When it comes to voice control, you can just blurt out a few commands. You can use both your voice and gestures for better control. 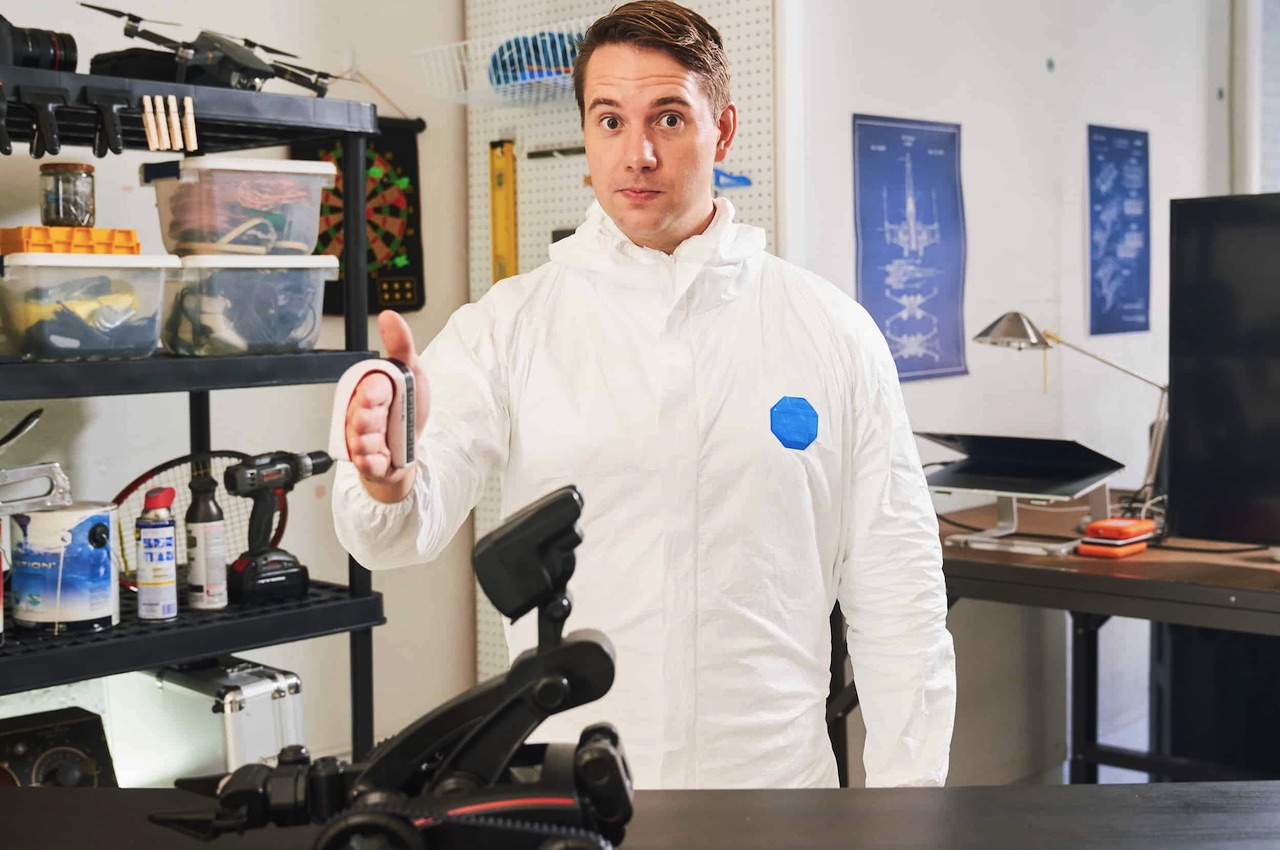 The accessory is wearable and wireless. That’s possible because it can detect the movements of the hand. The touch keyboard tracks pressure from the four other fingers. This programmable wearable mouse is like an extension of your hand. It knows your voice and gestures so you can conveniently accomplish several tasks. It’s best to use in controlling VR and AR devices, PowerPoint presentations, and 3D modeling software. It can also be used for joypads, drones, and robots.

The Tactigon SKIN Reload easily connects with your gadgets via Bluetooth (BLE). This means you can pair the controller with another device as simple as setting up those wireless earbuds. On a single full charge, its battery can last long up to 40 hours so you don’t have to worry about frequent charging.

The design of the T-SKIN Reload was based on a glove. It actually looks more like a bracelet but works similarly to a smartwatch with all the features and functions. It can be a powerful tool and controller, promising ultra-low latency of 7ms and perfect connectivity as long as within a radius of 10 meters. 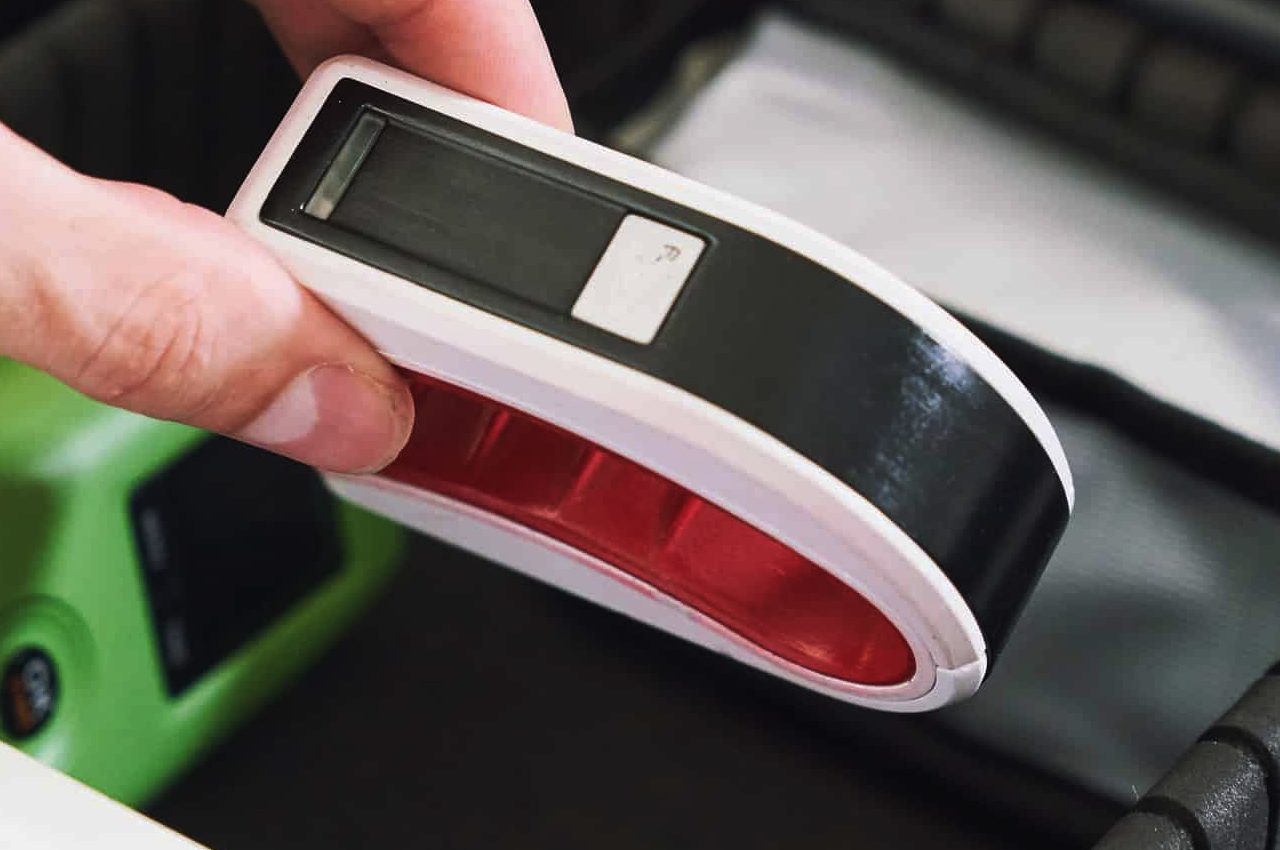 If you think that this is something like Iron Man would use, well, the design was actually based on a young daughter’s desire to have a controller like Iron Man. The Tactigon’s CEO and Founder Massimiliano then shared the challenge with his team. The idea was simply to come up with an ergonomic wearable mouse that is both fashionable and functional. The result is now a device that boosts productivity, speeds up workflow, and is quite fun to use—making you feel like Iron Man at least once in your lifetime. 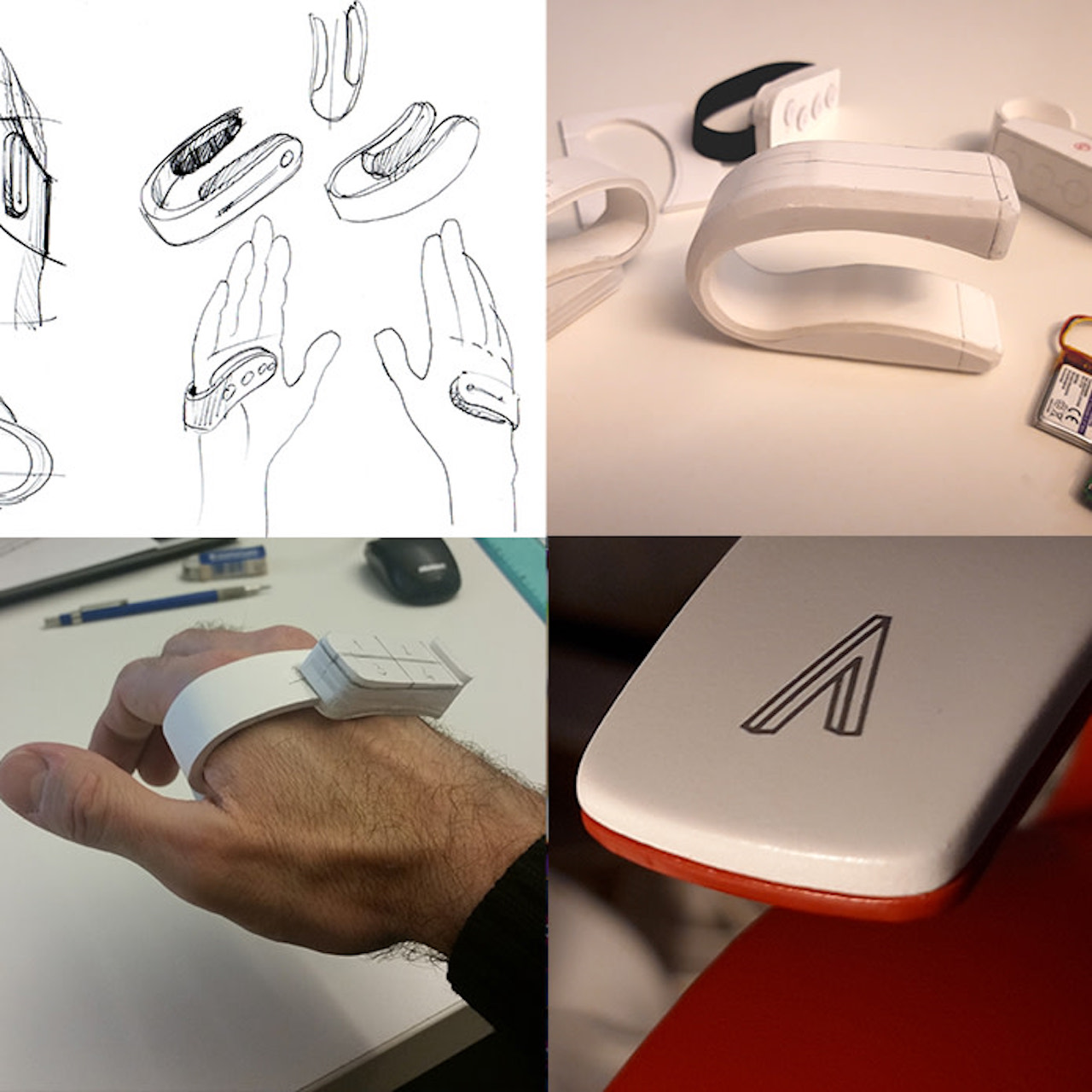 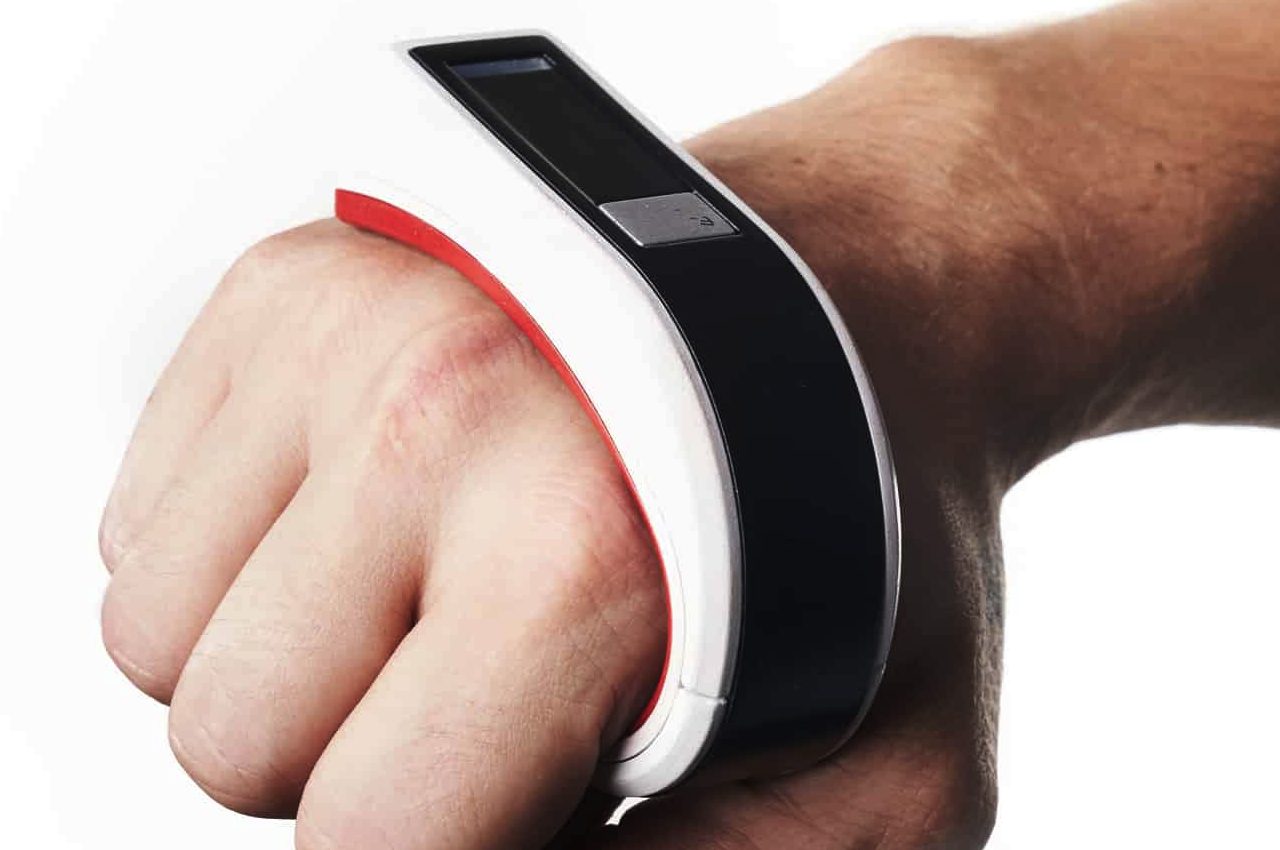 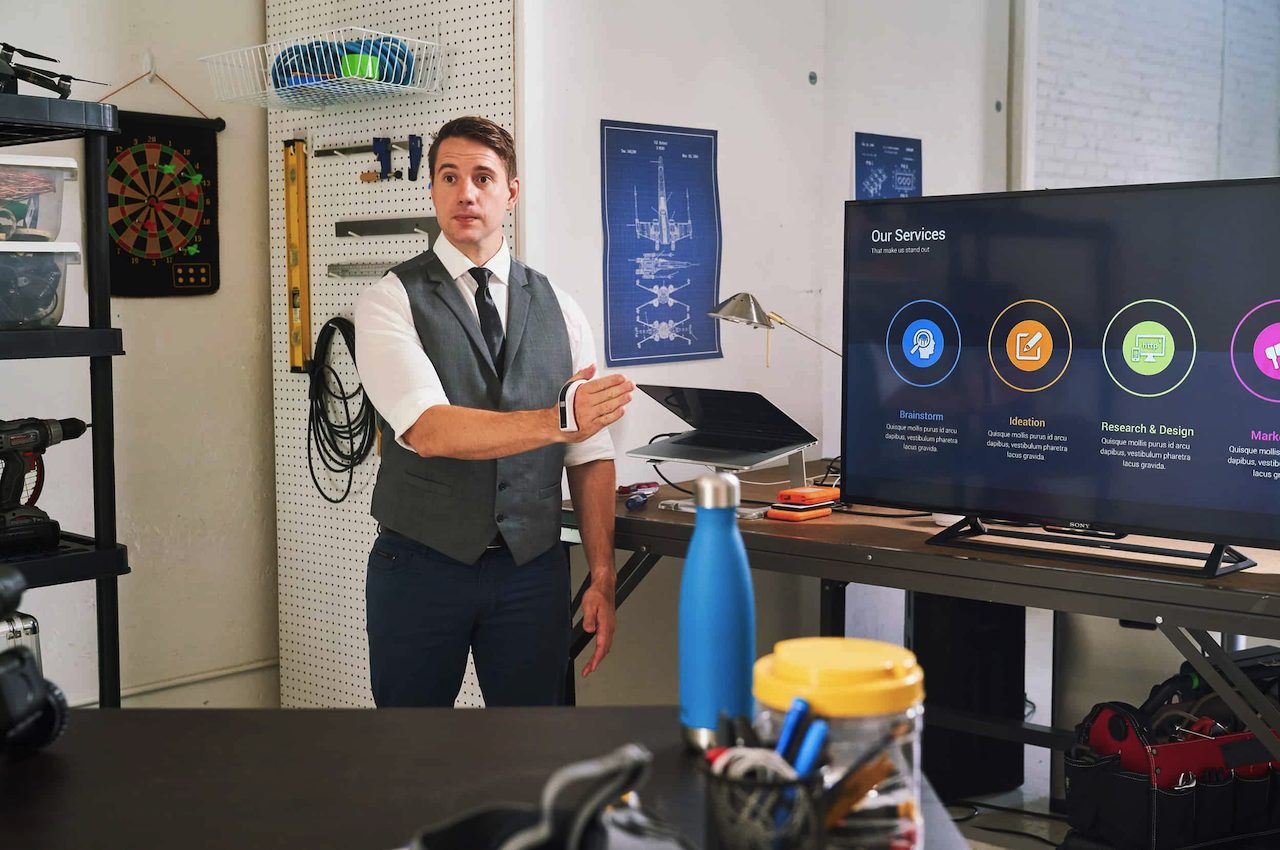 The Midtone Calculator shows us how to make gadgets less addictive

Although there’s a small likelihood that there’s a demographic of people who are hopelessly glued to their calculators, the Midtone Calculator by Selek Design shows…

A Drone in your Phone!

The selfie stick is dead, may it rest in peace (or in pieces)… And here’s what killed it. A high flying drone-photographer that literally comes…

This autonomous delivery robot comes with its own little trailer to deliver the bigger parcels!

The age of Amazon Prime same-day delivery and Instacart grocery shopping has turned instant gratification into an expectation. For better or worse, modern delivery services…

The ‘Aircon+E’ is akin to a fan that uses thermo-element technology, so when it works with electricity, it cools like an air-conditioner. The fan can…