Designed to be so powerful that I feel the need to add a disclaimer that you shouldn’t use this for anything illegal, the ACPOTEL is a trinocular with an integrated 4.5-inch HD display, 5x optical magnification and 8x digital magnification, built-in night-mode, and a 2000mAh lithium-ion battery powering the device. Made for outdoor recreational and adventure use, the high-precision trinocular comes with 3 different capture modes (game mode, professional mode, and pure mode) that let you click 1.3-megapixel photos and record HD videos at [email protected], while giving you the flexibility to use the ACPOTEL as either a handheld device or a tripod-mounted gizmo. 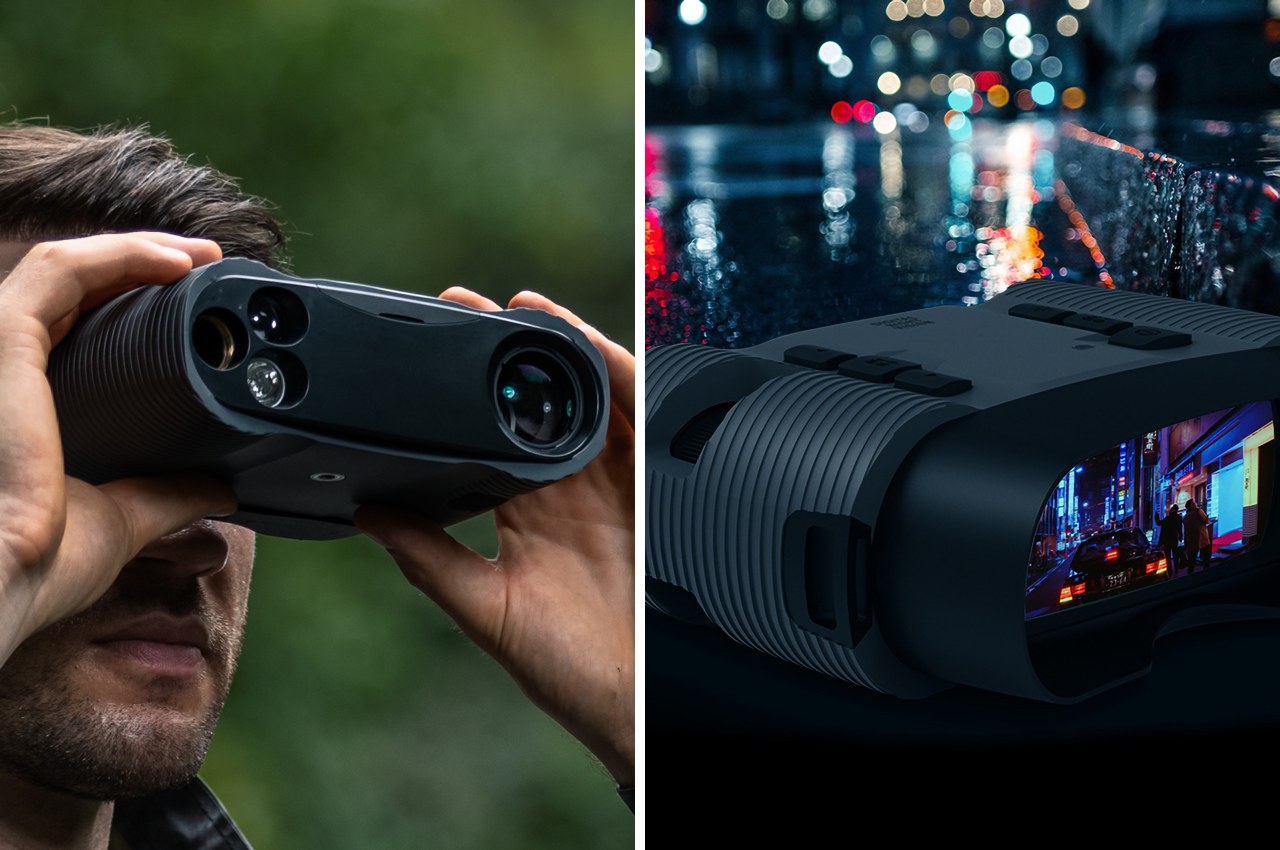 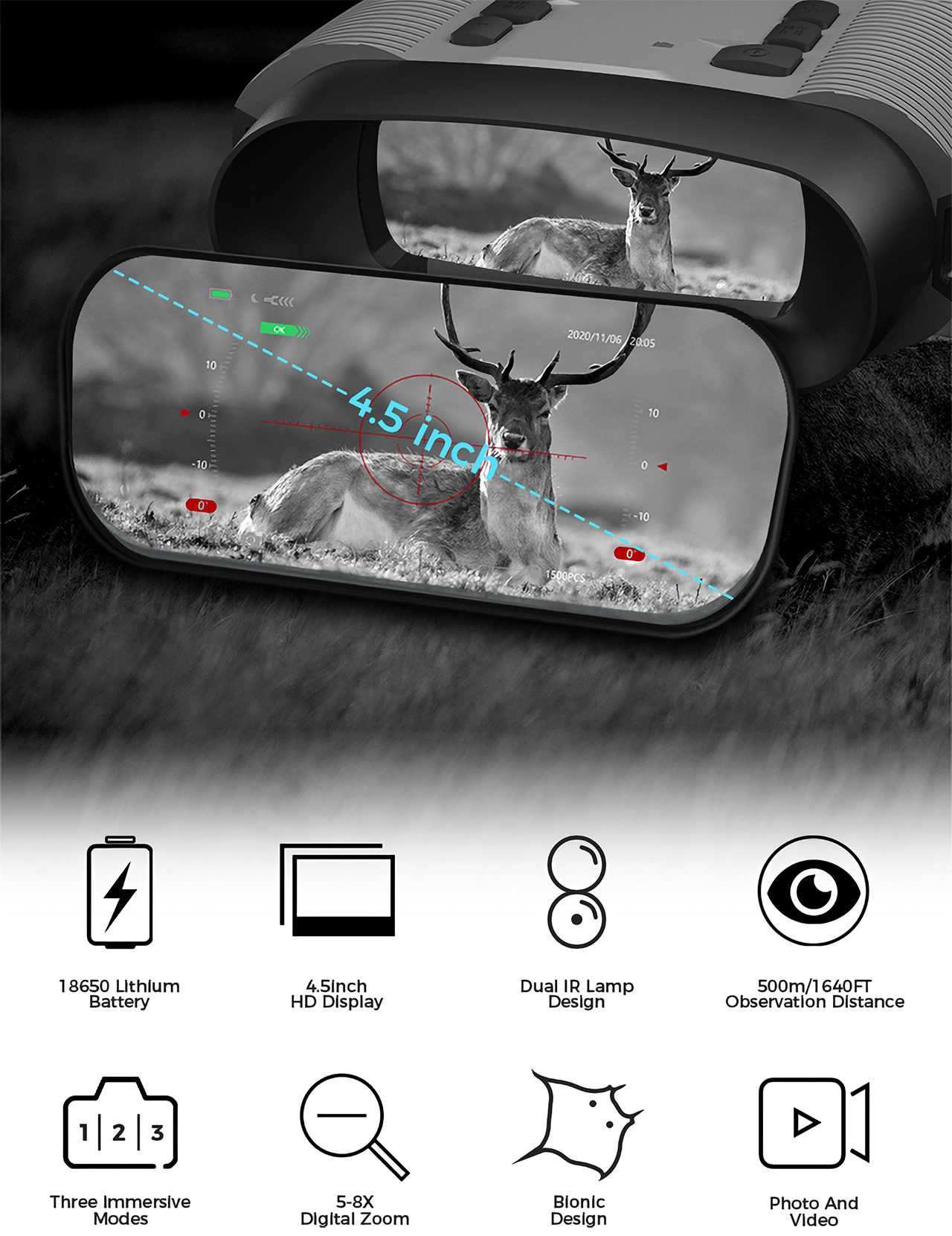 Simply put, the ACPOTEL is a combination of a few things – notably a state-of-the-art binocular that houses a camera with powerful optics, within a VR-headset-like design. The ACPOTEL is relatively slim for a gadget in its category, given most advanced binoculars are pretty clunky. This is enabled by the fact that it relies not on a series of magnifying lenses but rather on a set of cameras that broadcast an image to a screen for your eyes to see. Despite its slim design (which could easily slide into a backpack), the ACPOTEL has a relatively ergonomic design that feels great in your hands, and wraps perfectly around your face, even making accommodations for people wearing spectacles.

This modified binocular build features a space-saving trinocular design that delivers more impressive visual clarity under even the most complicated of conditions. 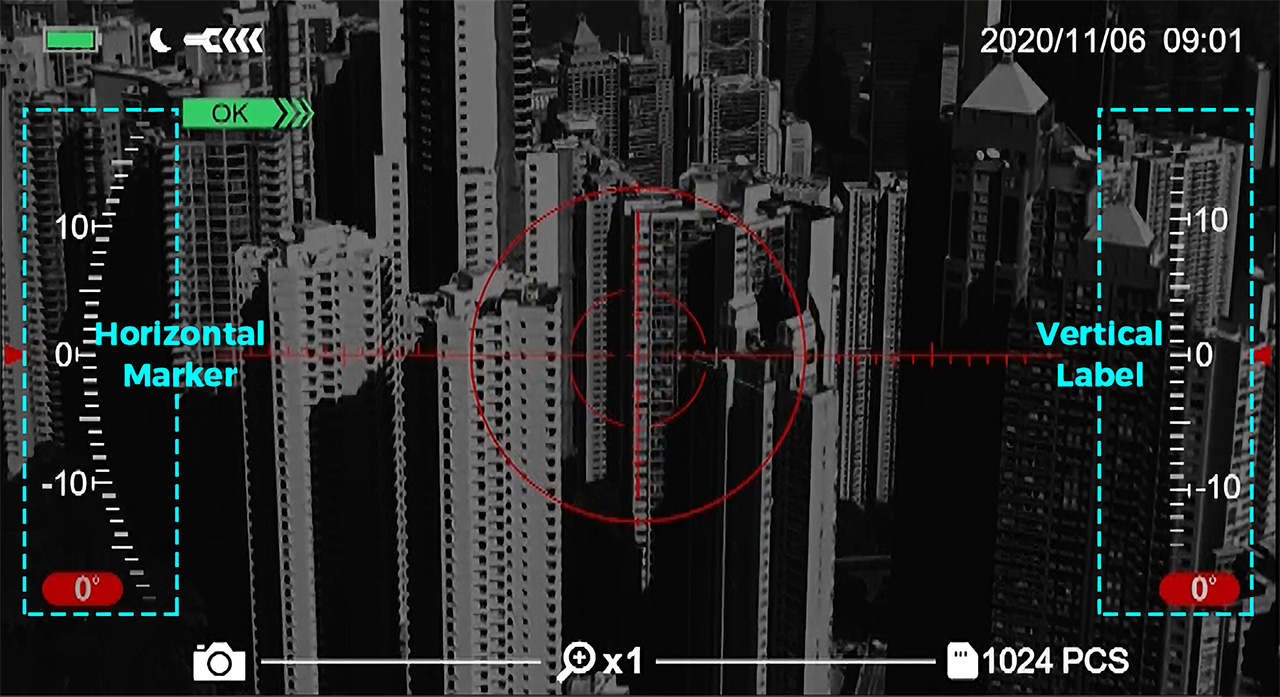 The ACPOTEL gets its trinocular status from its ability to not just allow your eyes to see far ahead, but to also be able to record what your eyes are seeing to digital media. The trinocular sports a 35mm objective lens on the front with up to 5x optical zoom and a FOV that ranges between 7° and 5.25°, while letting you further digitally zoom an additional 8x, giving the ACPOTEL an overall zoom of 40x up to distances of 500m (1640 feet). 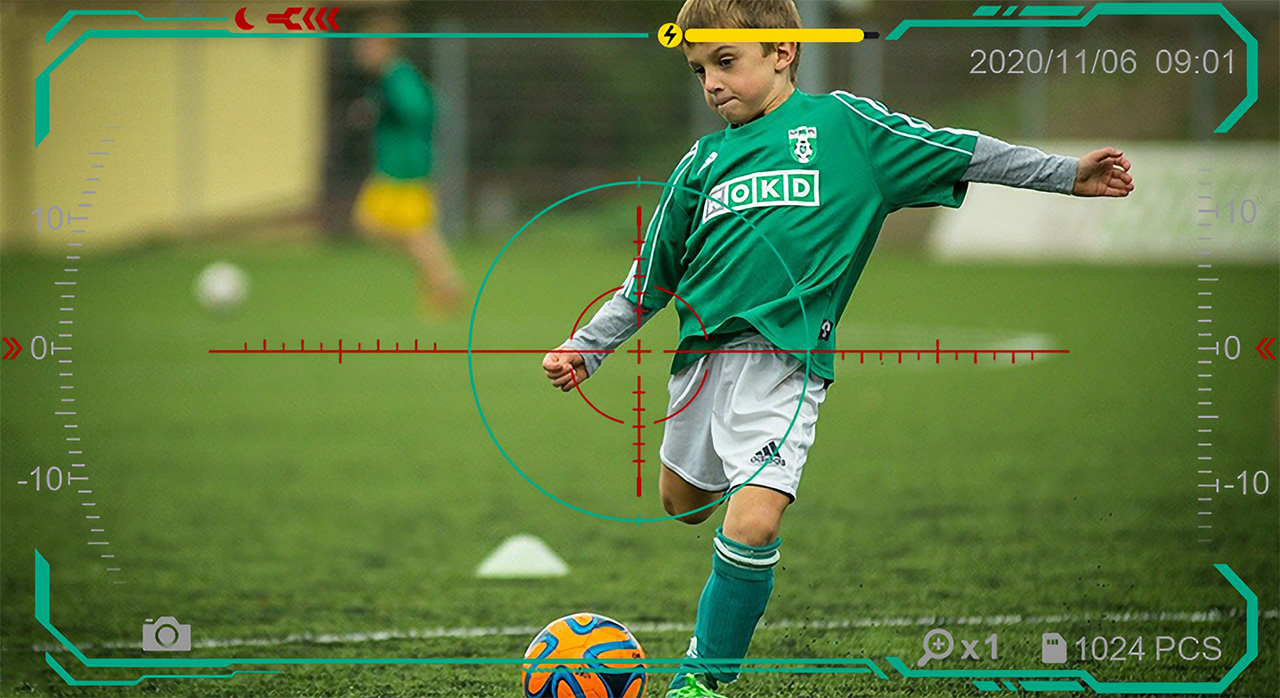 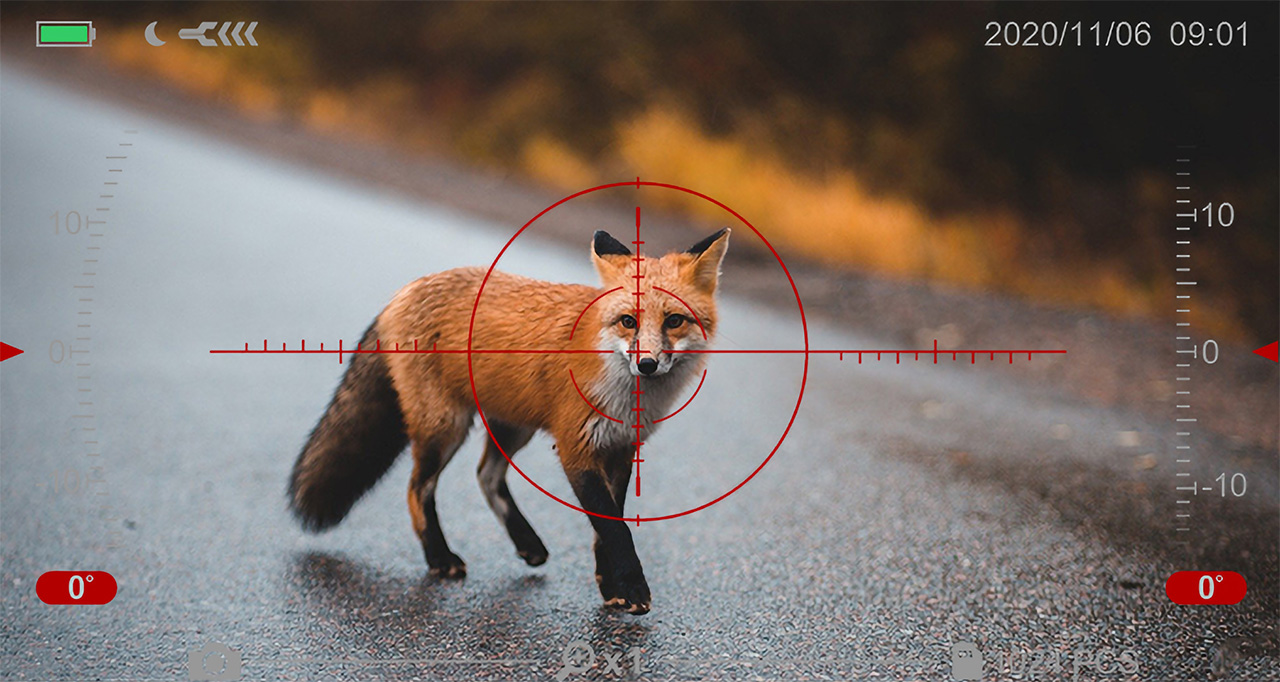 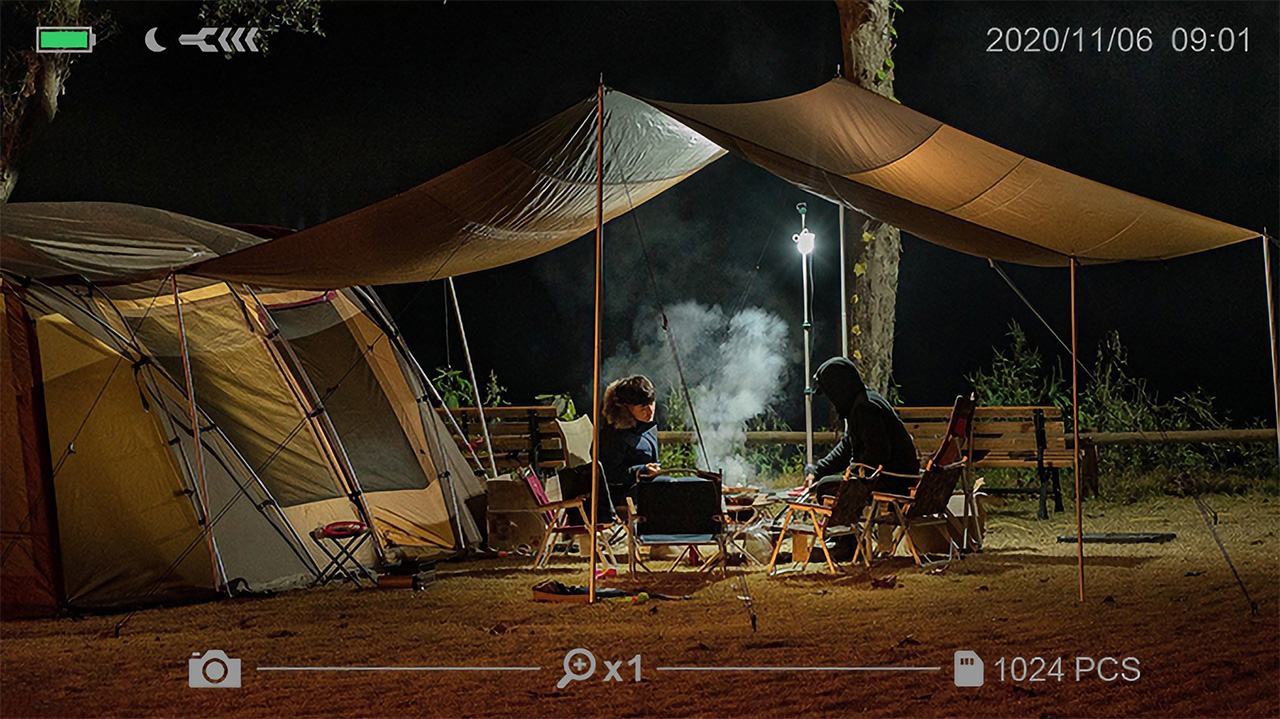 The front of the ACPOTEL also sports two infrared arrays (near beam and far beam) that let you see into the night too, working wonderfully well for night-safaris, camping, night fishing, and let’s also be realistic, night reconnaissance and security. Images and videos get recorded to the ACPOTEL’s onboard 8GB memory, with the ability to bump it up an additional 32GB thanks to the presence of an SD card slot. 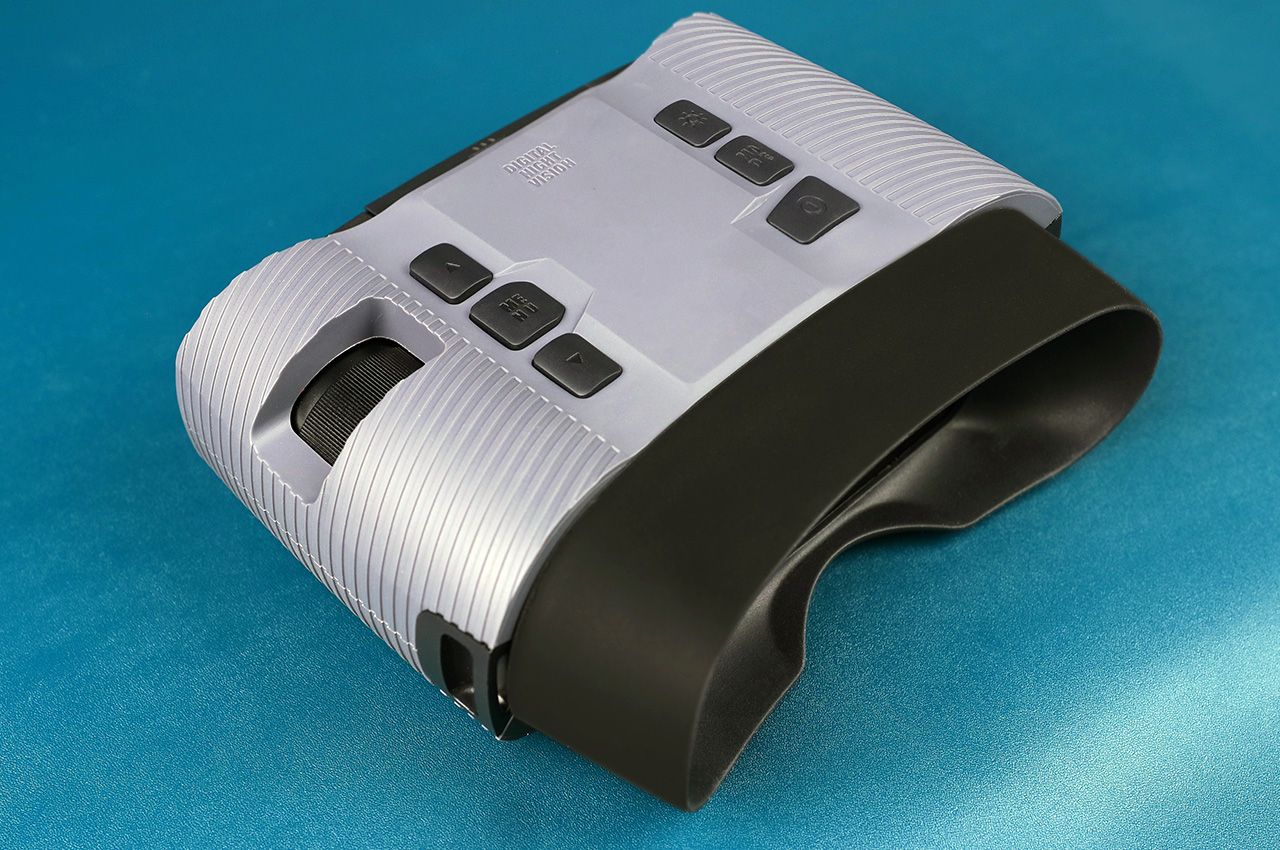 Covering a wide range of cases, especially outdoor ones, the ACPOTEL sports a rugged body that’s designed to be waterproof (although the campaign page doesn’t mention its IP rating) and comfortable to use. 6 buttons on the outside and a focus wheel let you use the ACPOTEL as well as cycle through its digital UI to switch between modes and access its various settings. A tripod mount lets you hook the trinocular to a more stable setup (especially if you’re zooming in a lot or using the ACPOTEL for long hours), and a USB2.0 port on the device lets you even hook your trinocular to an external display like your laptop or a monitor.

The ACPOTEL sports a removable 18650 lithium battery that sits in its dedicated compartment in the front, with a 2000mAh capacity that provides 8 full hours of use with the IR turned off. Providing a longer use-time than standard trinoculars that run on AA batteries, ACPOTEL’s battery isn’t just more potent, it’s reusable too, offering up to 20,000 recharges before needing replacement. 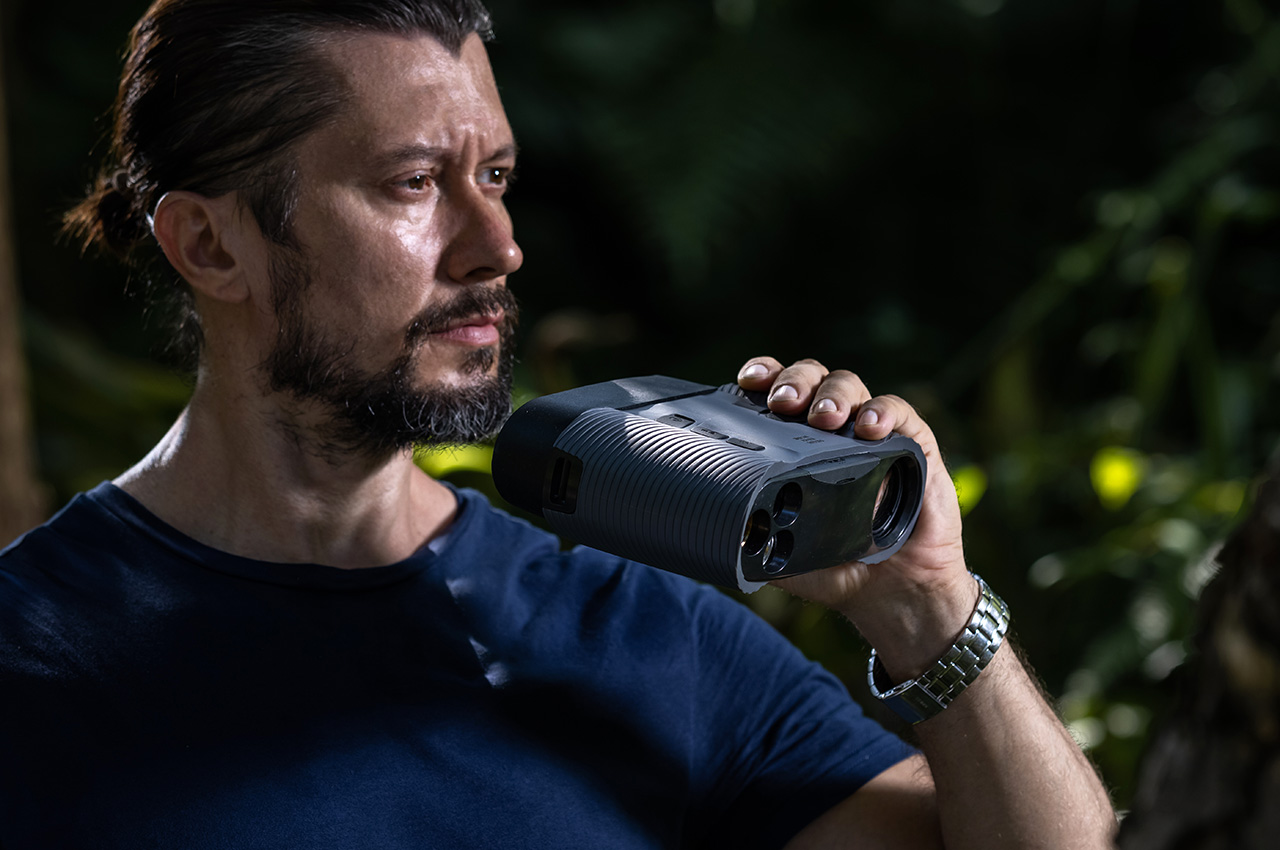 Even with daily use, the battery should last 3 years according to ACPOTEL, so you can focus on, well whatever it is you’re focusing on, instead of on a depleted battery. For its Kickstarter backers, ACPOTEL is offering its trinocular at a special discounted price of $179, with deliveries slated for March 2022… or camping season in Spring.

However rare they may be, tsunamis wreak havoc with their surprising and powerful nature. Designed for tsunami zones, especially areas still reeling from the devastating…

Lighted Artwork On My Walls

The closest I ever got to needlepoint or patchwork was way back in school when I was forced to do it (for grades!). Looking at…

Returning lumberjack slash designer Joel Escalona has a bookcase for us all that gets back to basics in a real metaphorical way. Or is it…