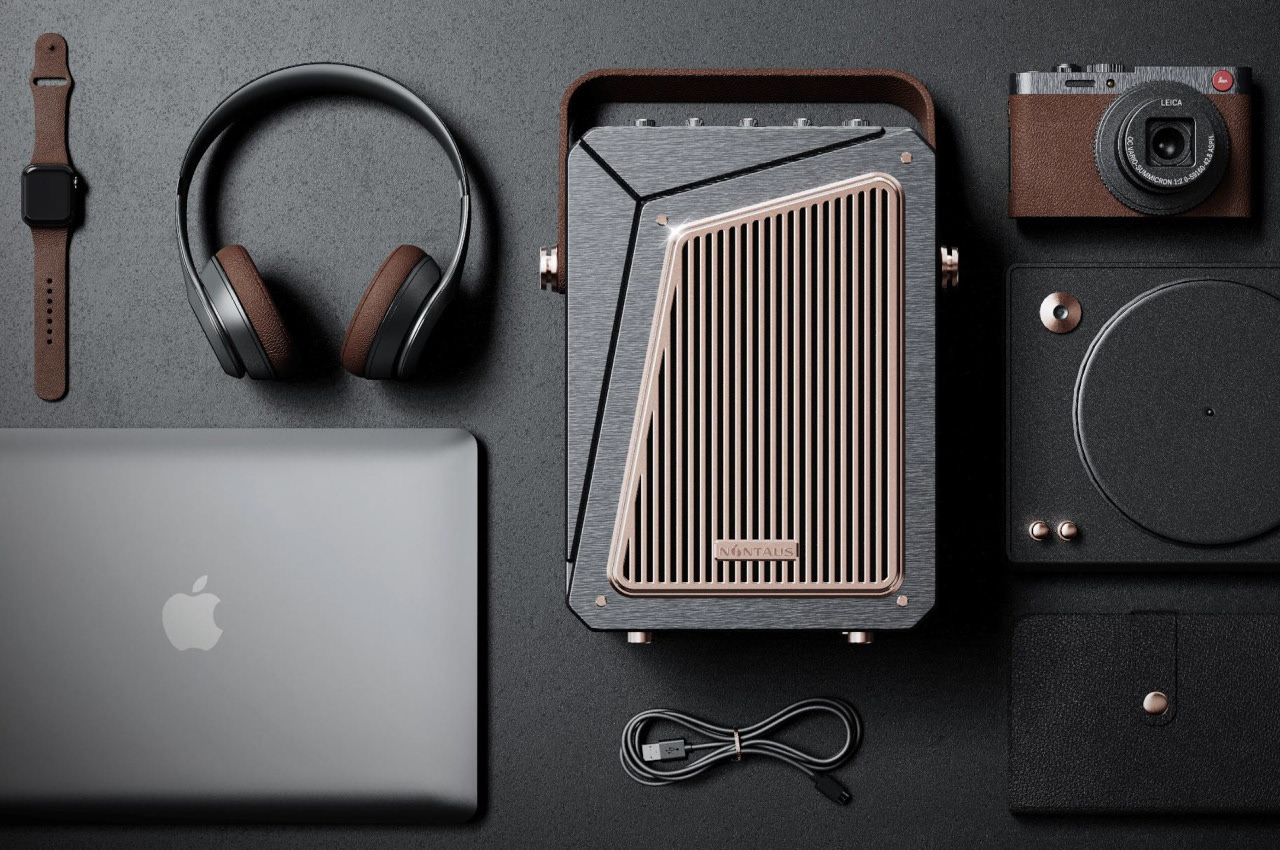 This black and gold box admittedly has appeal, but it might make you think twice about bringing it outside.

Long gone are the days when speakers were expected to be nothing more than big black boxes with one or two circles that throb to the beat. Thanks to revolutions in manufacturing, audio technology, and product design, speakers today come in all shapes and sizes that are often designed with specific use cases and setups in mind. Some, for example, are meant to disappear into the background, while others demand to be put on display. Still, others are made to rough it out in the great outdoors, and this rather striking speaker doesn’t seem to fit that bill.

Looks can be deceiving, as they often say, but there are a few standard traits you’d expect to see on products designed for outdoor use. Dust and waterproofing definitely come to mind, which often translates to very tight designs that leave very few places for dust and water to enter. A speaker with a large grille, physical knobs, and a variety of exposed ports is probably the last thing you’d think of. 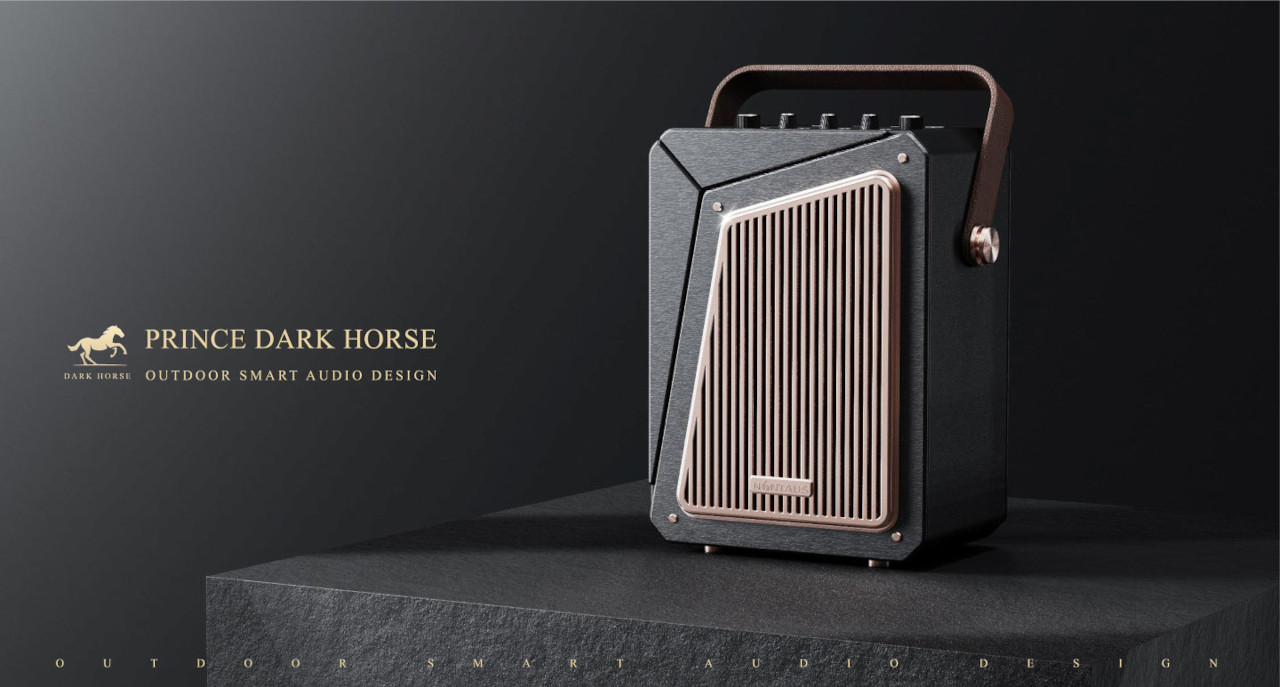 And yet, that is what the Prince Dark Horse is meant to be, designed as part of an outdoor sound system conceptualized by GOAT1. Make no mistake, the design is handsome and seems to have the perfect blend of hard, cold edges and luxurious golden accents. In other words, just like a majestic black horse.

In contrast to the still-dominant minimalist aesthetic, the Prince Dark Horse almost throws some contrasting elements into the mix. The asymmetrical golden grille contrasts perfectly with the nearly black body of the speaker. The handle’s textured surface suggests a soft, leather-like material that is juxtaposed with the body’s hard edges and corners. Circles for knobs and ports face-off with rectangular buttons on the top panel that combines analog and digital interfaces in a single location. It’s almost like a cacophony of visual elements made to harmoniously fit together, just like some of the music that will be blasting out of it. 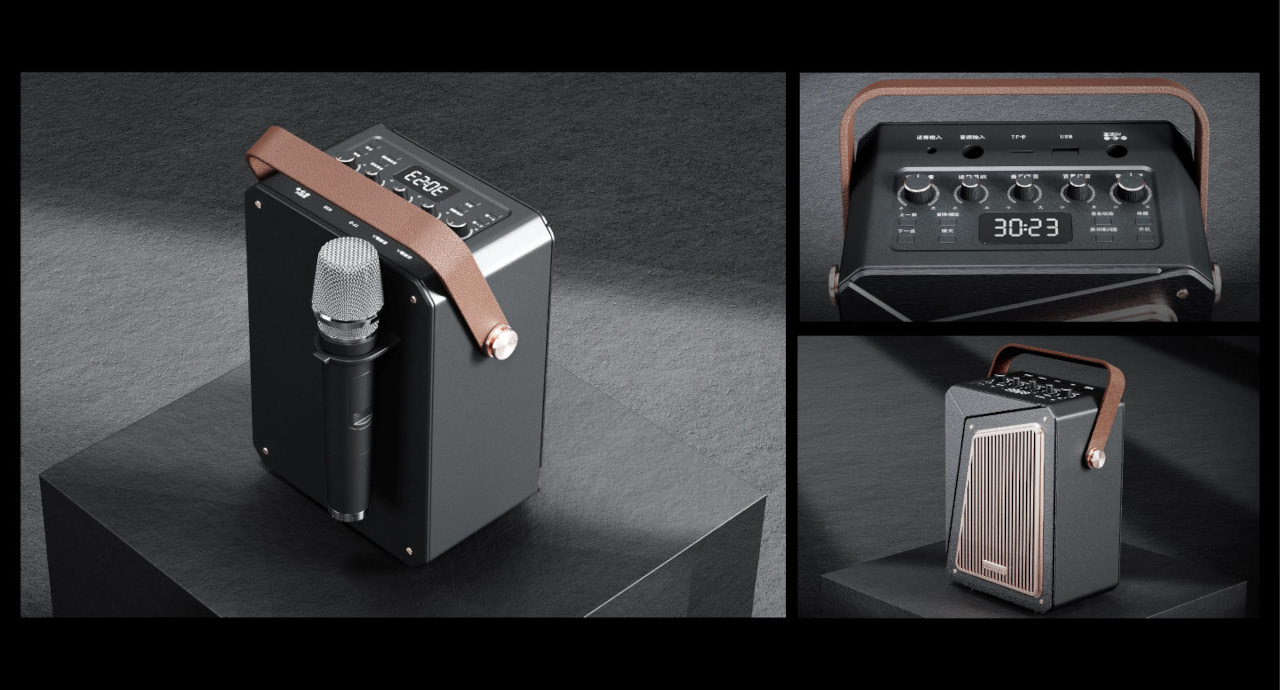 Nearly the size of a MacBook, the speaker is clearly something that’s meant to be carried around, even if not in your bag. It definitely goes well with other accessories that share similar natural tones, some of which might also use materials that don’t do well under the elements. The Prince Dark Horse is probably from the same herd and is something you’d only want to bring and use outdoors with extreme care. 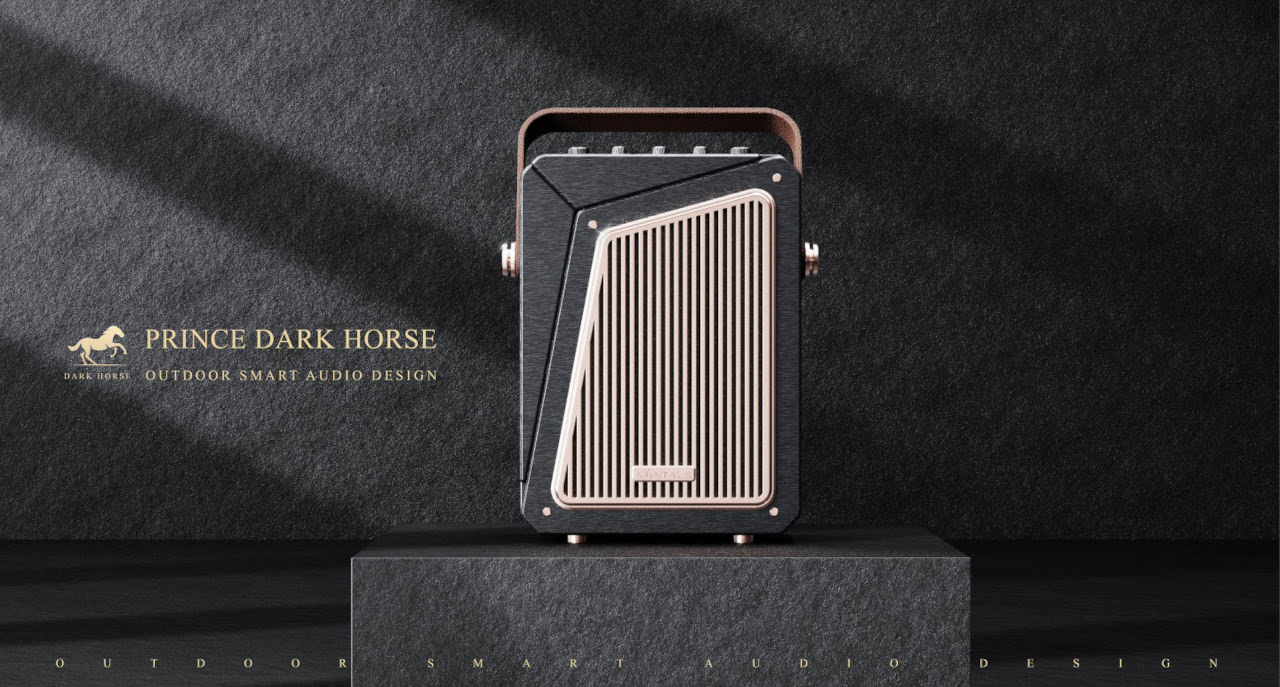 Living in an always-on world can be both a blessing and a curse. It’s a blessing because you will never miss an email, a message,…

Introducing the wrist MP3 player designed for runners. Designed to be everything you wanted in an MP3 player, with the benefit of you not even…

Now here’s a cool digital faucet that can perk up the ambience of your bathroom with its color coordinated flow. Casually called the Digital Faucet,…