RGB lighting on your PC cabinet? Sure, everyone has those nowadays. Water-cooling pipes that give your PC a steampunk vibe? Okay, that’s relatively niche but still heard of. A breathing PC with kinetic ‘gills’ that open and close like your desktop is alive? Now THAT’S completely new! Designed as an ode to kinetic art and dynamic sculptures, the CyberPowerPC Kinetic Case is a unique PC cabinet that brings your setup to life. 18 mechanical vents open and close, revealing the PC’s fans behind it in sheer alien fashion, like an organism that’s literally breathing air to operate.

Announced at CES 2022, the PC cabinet comes with a pristine all-white design, which serves as the perfect canvas to the rose-gold dynamic facade on the front. The frontal facade is a polygonal matrix of 18 vents that use 108 triangular panels connected together with a series of hinges. Sensors within the PC detect temperature changes and the vents open accordingly to allow more air to flow through, thus cooling the PC. Sure, it’s absolutely stunning to look at, but the Kinetic Case’s underlying functionality makes it much more impressive. The vents don’t open and close arbitrarily… instead, they sense which parts of the PC are vulnerable to heating and open the corresponding vents, creating a cabinet that’s quite literally ‘breathing’. 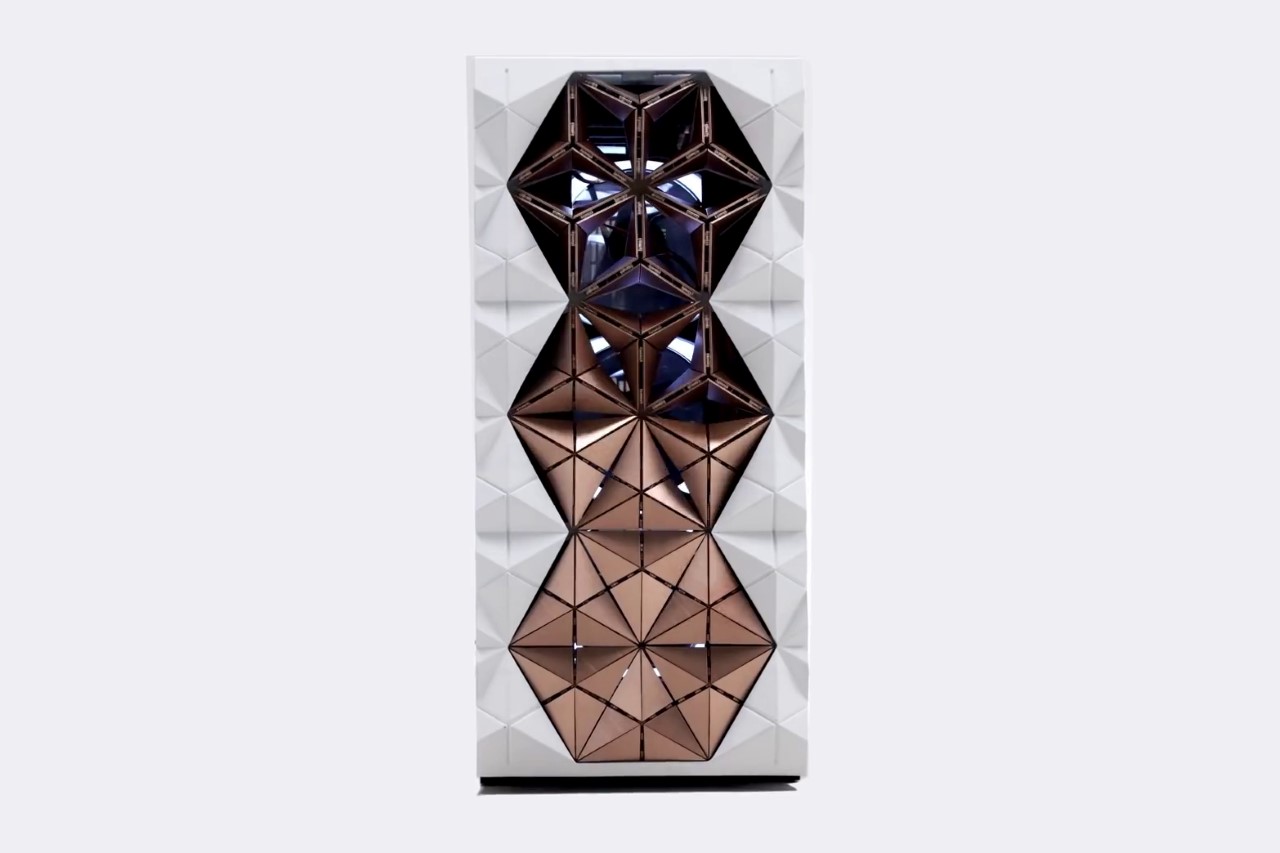 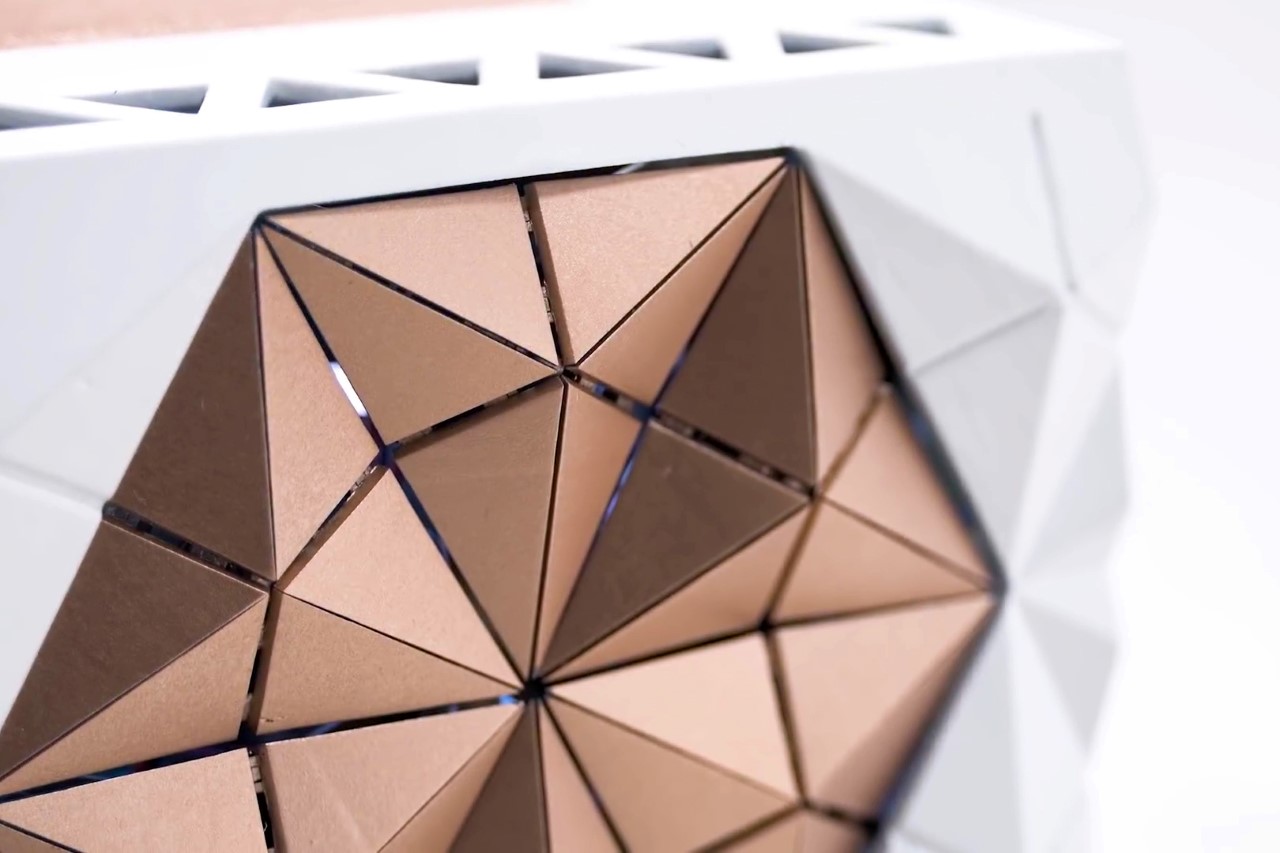 “Can a chassis do more and be more than just a box of holes?” creative director of CyberPowerPC Nam Hoang, rightfully asks. PC cabinets have fallen in a sort of lull, with even high-end companies ultimately adding just frills to what’s essentially a plastic and metal box. What Hoang and his team have been working on isn’t just impressive to look at, it feels like the logical next step for PC cabinets/cases. The Kinetic Case is an intelligent entity, that lives and breathes while you use your desktop. It cleverly analyzes your usage, your environment, and its internal temperatures to adjust airflow. Just as how the fan on your laptop speeds up when you’re using multiple heavy programs at once, and goes quiet when you’re doing something as simple as typing a document, the Kinetic Case’s vents adjust based on your usage. Run a heavy game and the vents open automatically to boost airflow. Open Gmail or YouTube and the vents remain closed. “It isn’t about maximum airflow, but intelligent airflow”, Hoang points out. 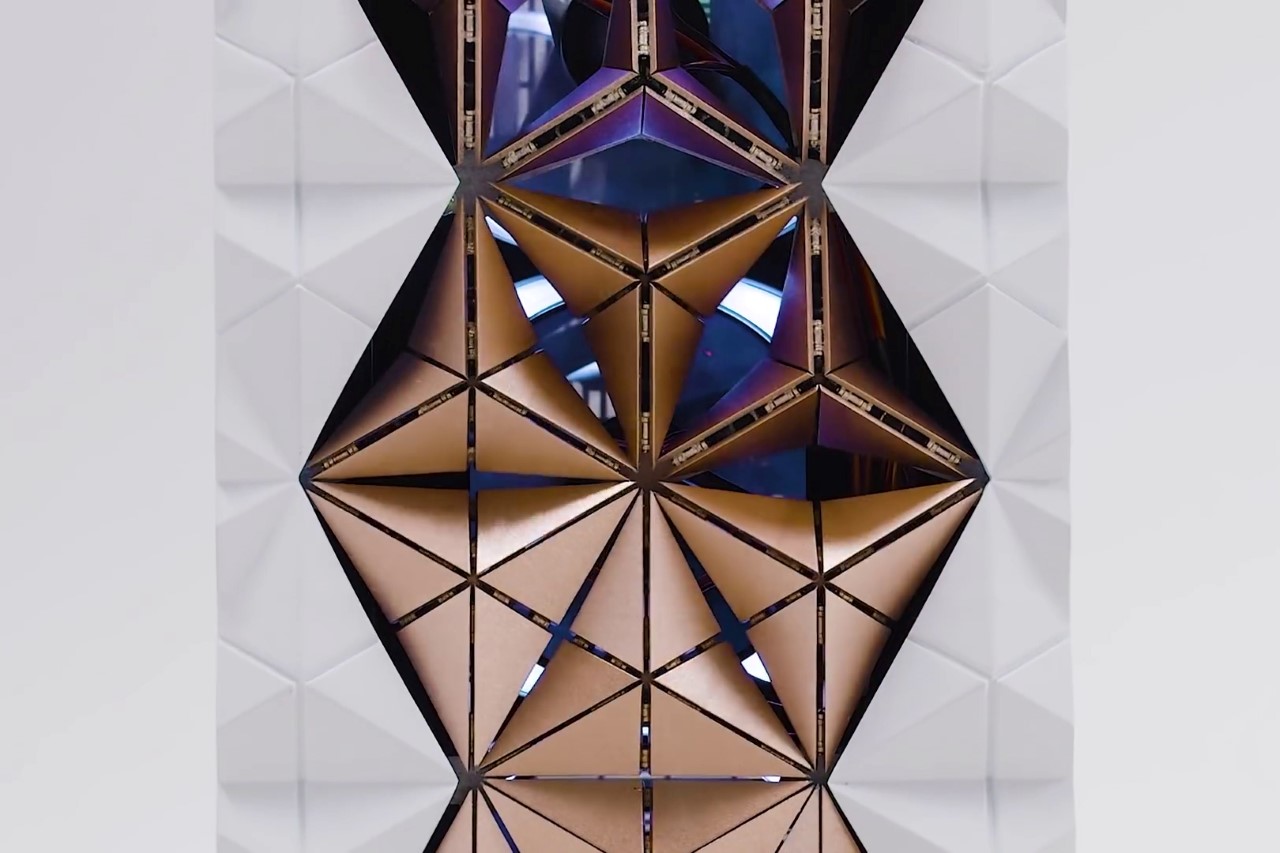 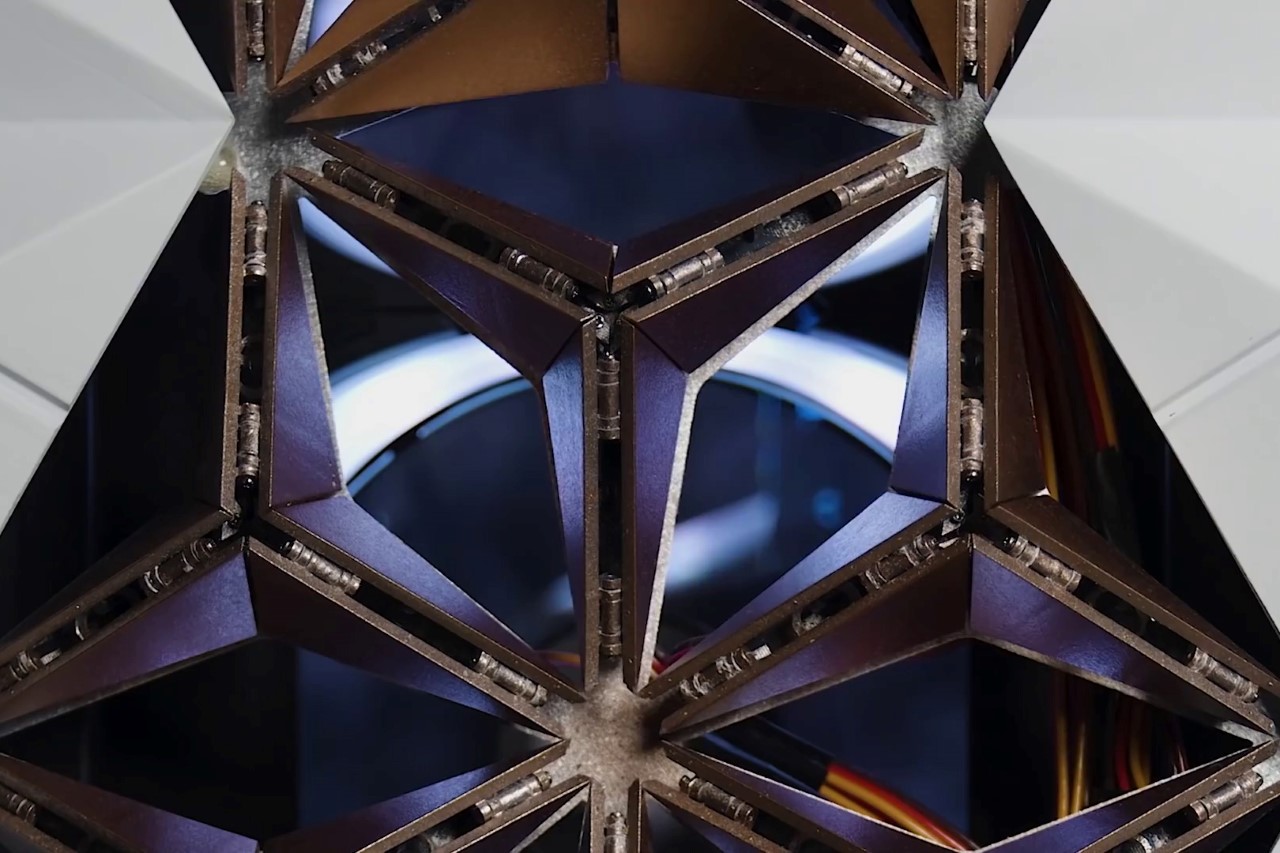 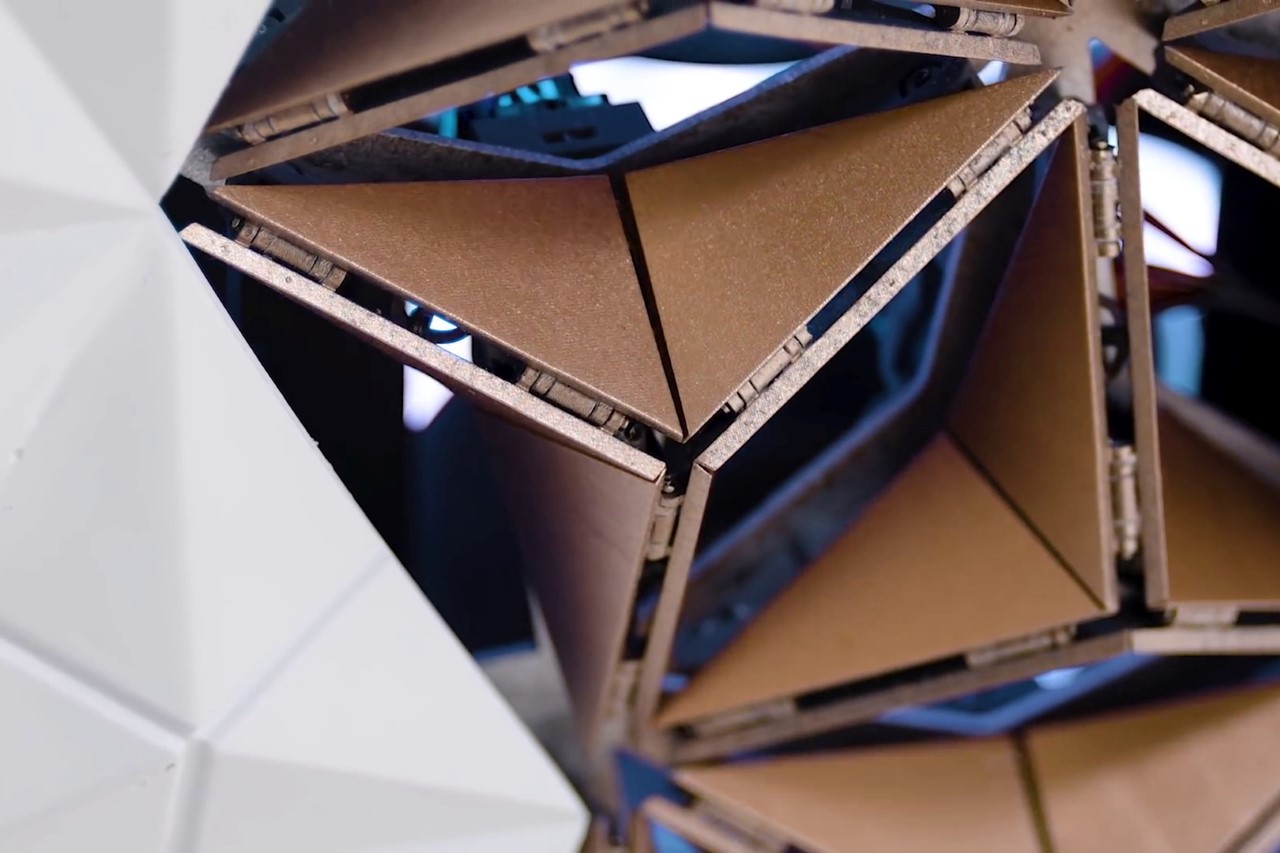 Details on the Kinetic Case’s build and specs are scarce at the moment, given that CyberPowerPC just announced the product at CES hours ago. How the vents operate, can their functionality be user-customized, what material they’re made from, and whether there are color options are all yet to be revealed. The company, however, says that it expects to ship systems in the Kinetic Series by the third quarter of this year and is considering selling the case on its own for somewhere in the ballpark of $250, if they see great consumer demand for it. 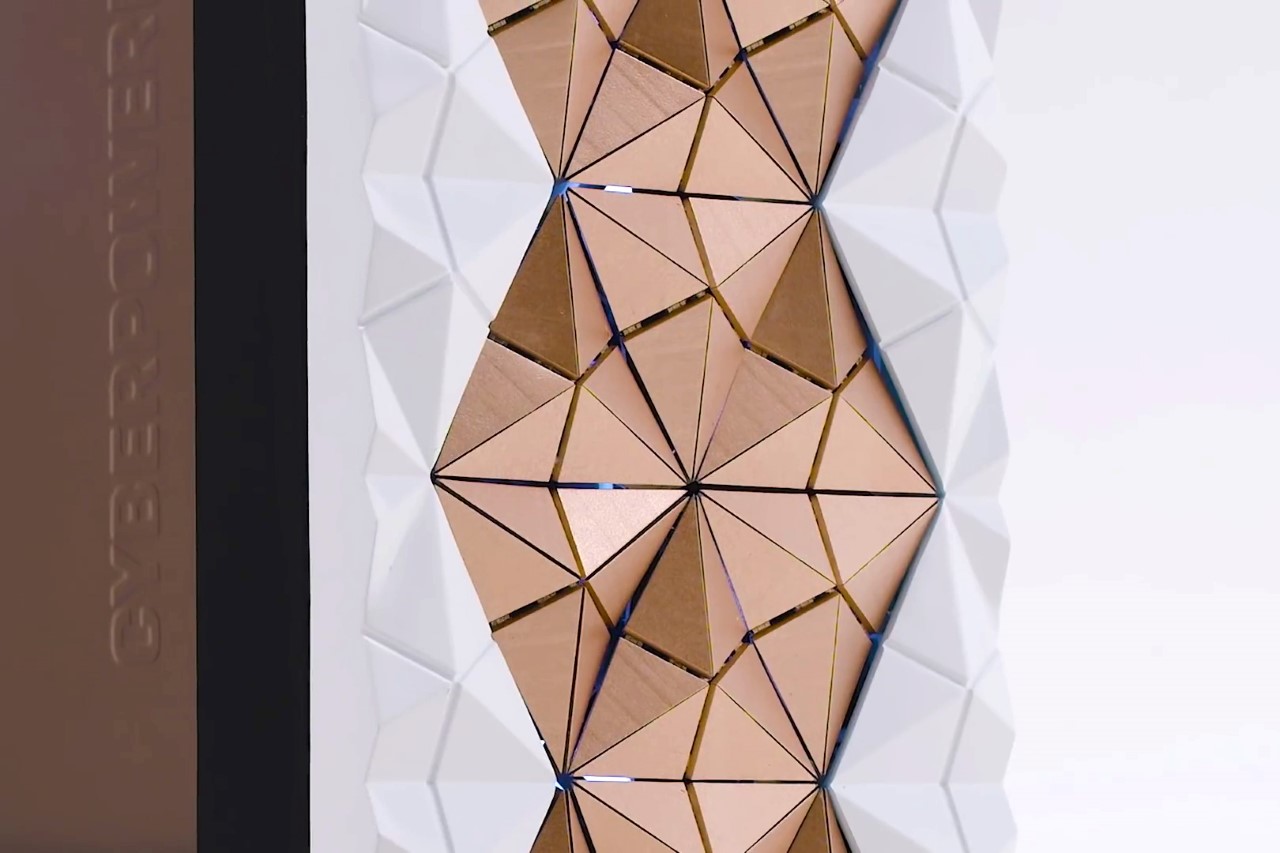 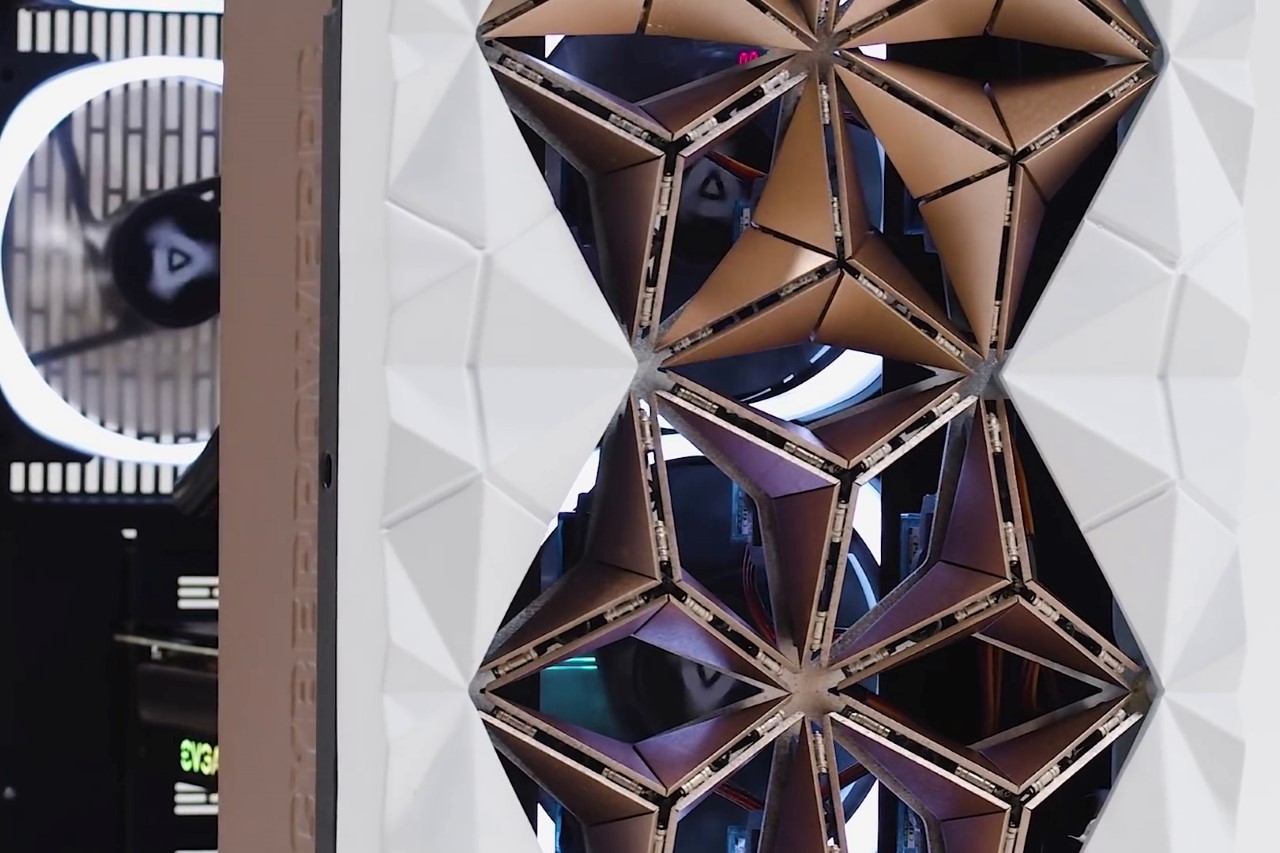 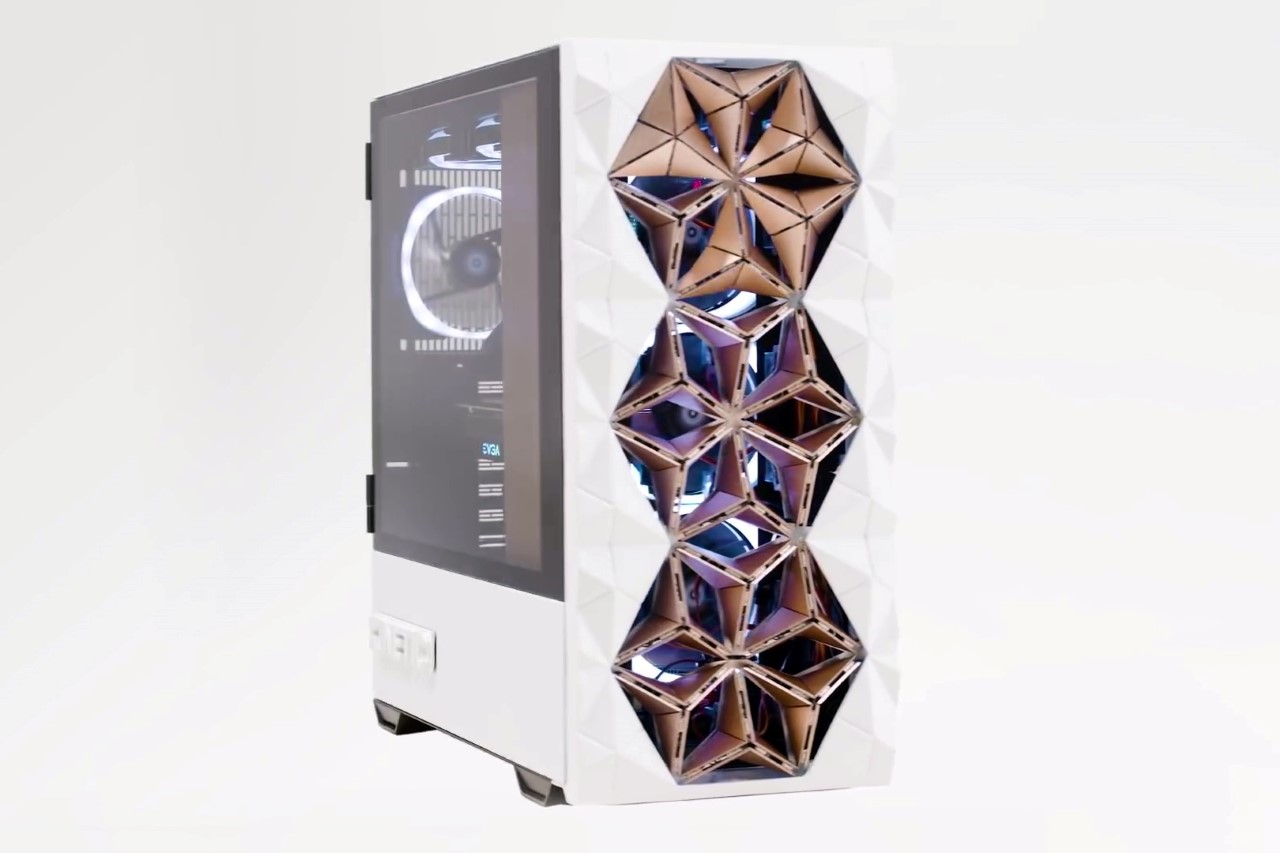 The latest Mac Pro is proof that Apple needs to step up its Design Game.

The first time I stumbled upon an image of the new Mac Pro, I honestly thought it was a photoshopped meme. Touted as Apple’s most…

The way the iMac Clamp Hub sits on the iMac is nothing short of fascinating. It makes use of a series of small slots running…

Sorry Post-it notes, we are moving onto digital sticky notes!

Yes, we all have notes on our phones but has that phased out the use of paper and pen at our work desks? Nope, in…

The keyboard of empowerment

Roya Ramezani made a rather interesting observation during her time working in Silicon Valley. While the gender imbalance was glaringly obvious, it had its effects…