Going above and beyond what most iPad stands can do, the HoverBar Duo’s design considers a WIDE range of uses, from being an additional display for your iMac to a tablet attached to your kitchen counter, or even your bedside. The stand rests on surfaces and attaches to shelves/ledges, giving you a maneuverable arm that lets you adjust your iPad to any angle or height of your choosing. This solves the iPad’s biggest problem, the fact that you have to worry about how to hold/position it. Designed to let you use the iPad for work, filming, blogging, video chatting, and casual entertainment, the Twelve South HoverBar Duo is easily the most versatile iPad stand money can buy… and its adjustable design lets it work with the larger iPads as well as the iPad Mini. 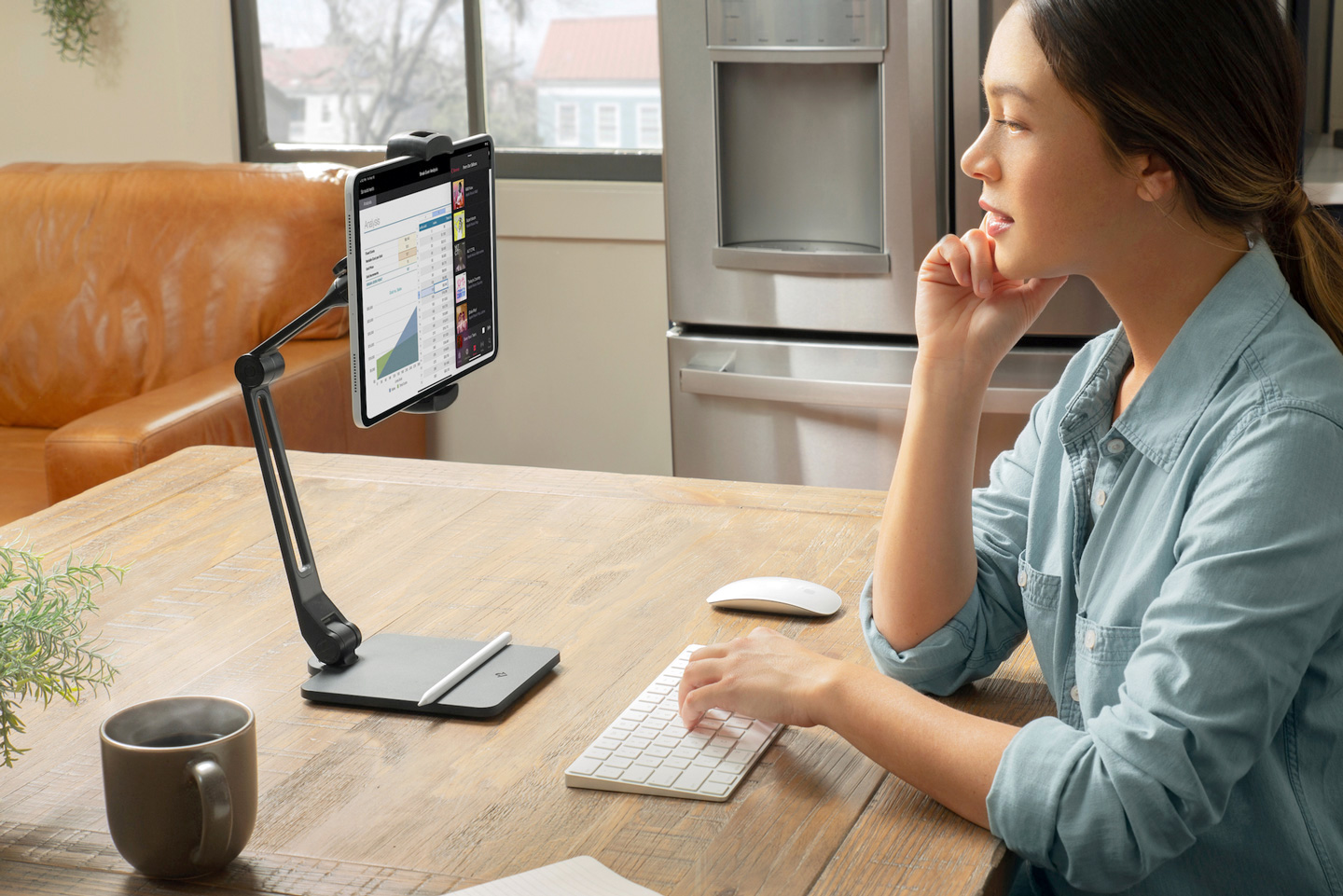 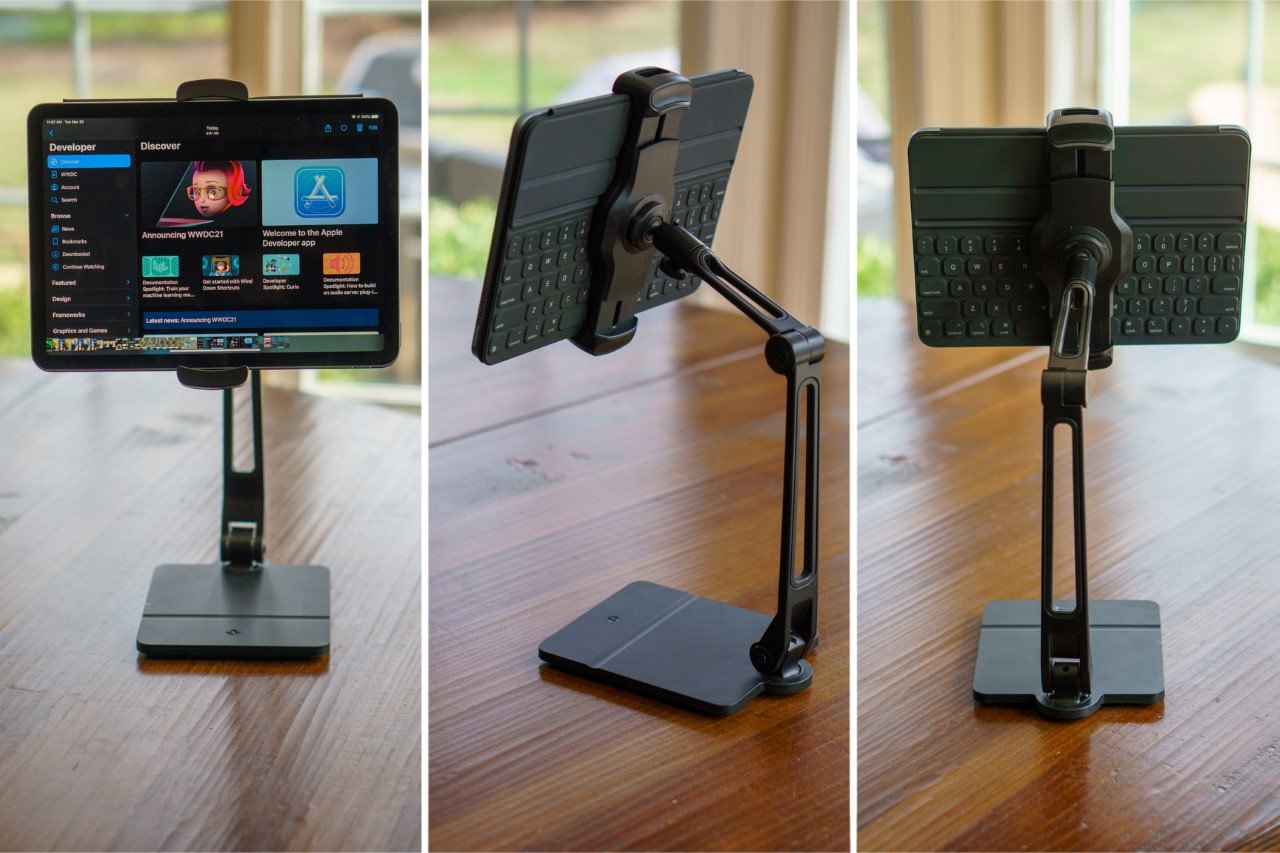 Simply put, the HoverBar Duo holds your iPad or iPhone wherever you want it, and in any orientation you need. The multi-hinge arm is infinitely adjustable (sort of like the lamp on a dentist’s chair), and the choice between a flat-base and a clamp-base gives the HoverBar Duo the ability to be placed practically anywhere – on a table or a kitchen counter, or even suspended from a shelf or a rod. A universal clip allows the HoverBar Duo to hold onto a wide variety of devices, including older and later models of the iPad as well as all generations of the iPhone (this obviously means it works with *most* Android phones and tablets too). 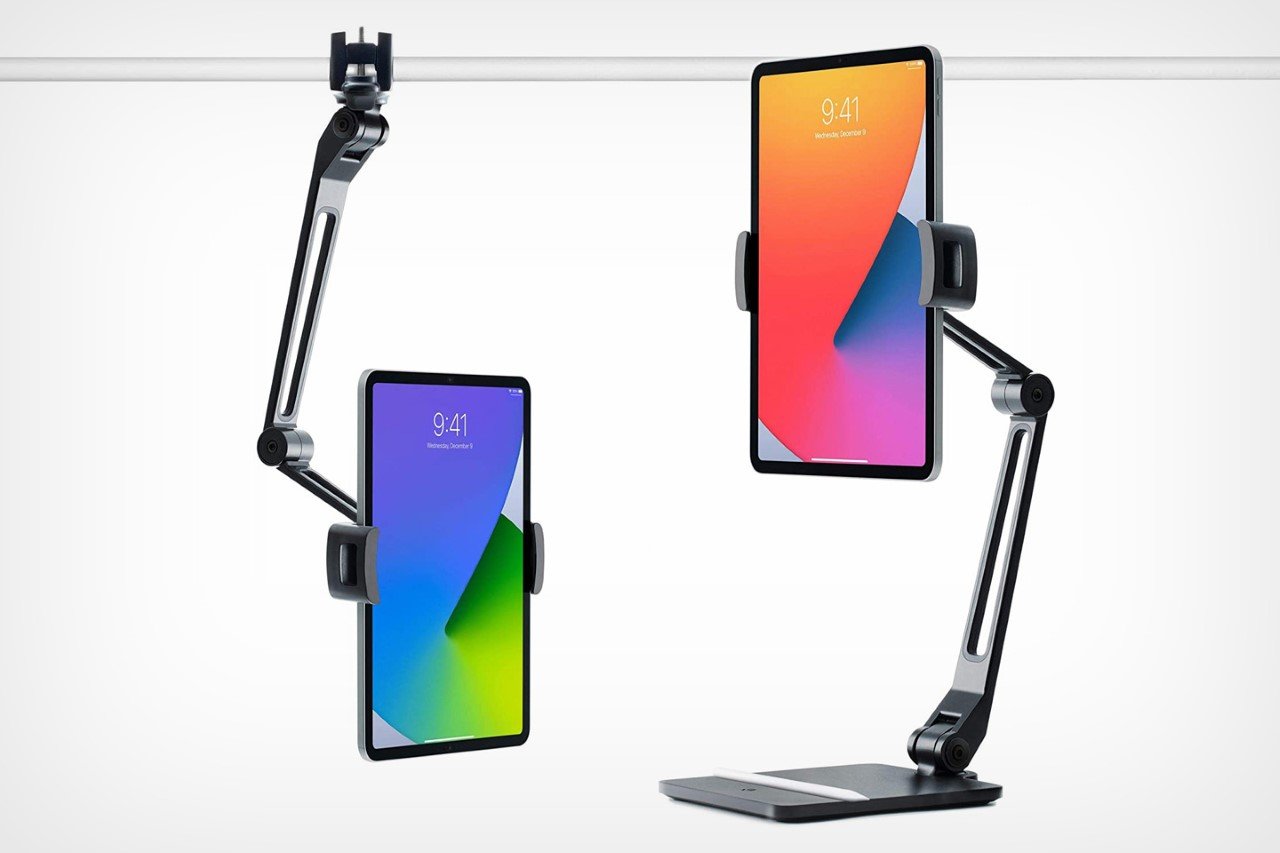 The rather long two-part arm allows the HoverBar Duo to hold your device at eye-level, giving you the ability to turn your iPad into an extra monitor that’s on the same level as the iMac, while the multiple hinges mean you could position the iPad to serve as an angled kiosk/terminal, a sketching tablet, or even an impromptu television or FaceTime machine. Moreover, the infinite adjustability means you could potentially use the HoverBar Duo to position your smartphone or tablet’s camera at any angle, turning it into a makeshift tripod with varying degrees of freedom! As I said earlier, the HoverBar Duo isn’t just merely an iPad ‘stand’… it’s a whole lot more! 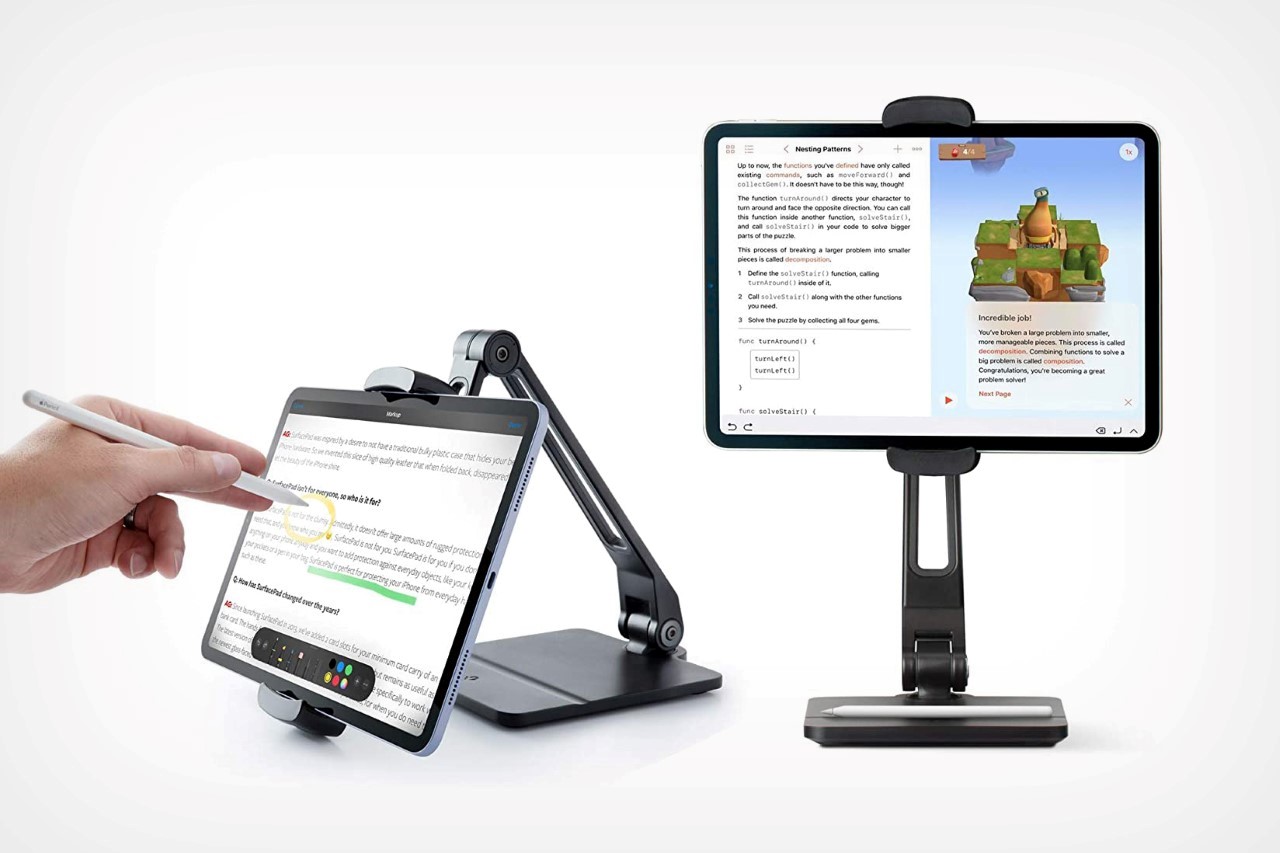 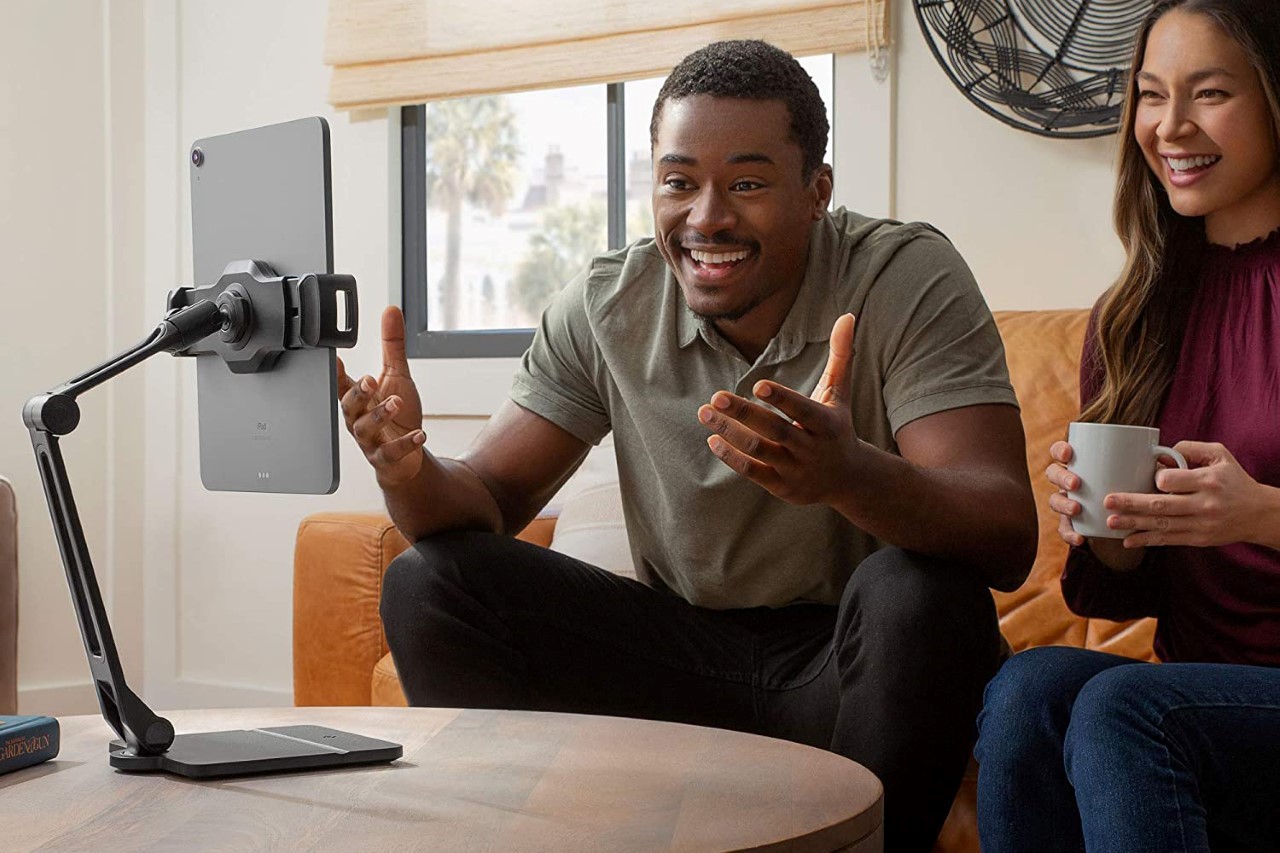 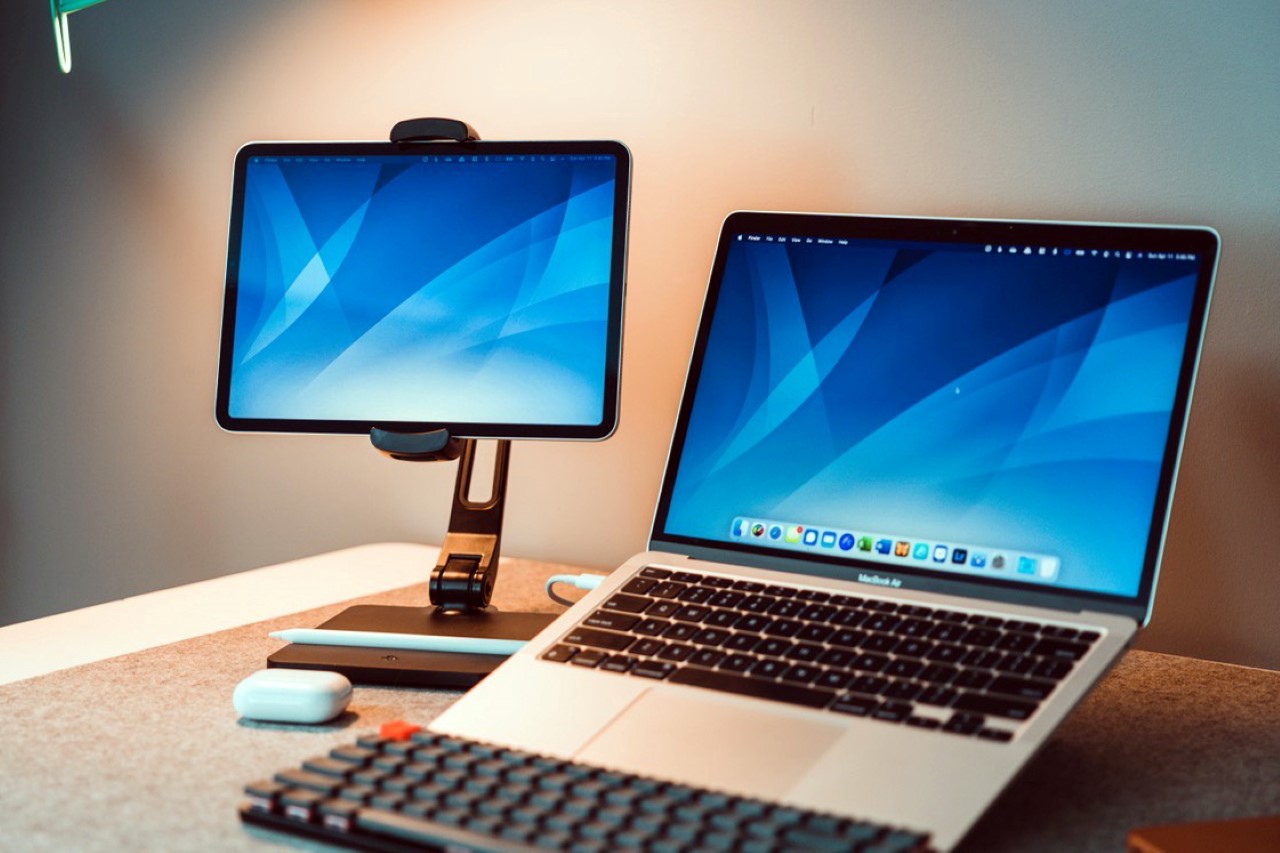 Razer Leviathan V2 is one powerful subwoofer and PC soundbar

Razer seems to be venturing into more consumer electronics these days. It sells mouse, keyboards, phones, and other computer peripherals. It has also released headsets…

A Watch With Historic Luxury At Its Center

Put a unique looking watch in front of us and you’re bound to have our attention. We’ve seen concrete watches, wooden watches, clear watches with…

Turn any object into a wireless speaker using this sleek bone-conducting audio device!

https://www.kickstarter.com/projects/692076889/blade-speaker-the-thinnest-bone-conduction-speaker Have you ever tried to call out to someone standing far away, only to find yourself instinctively cupping your hands to make your voice…