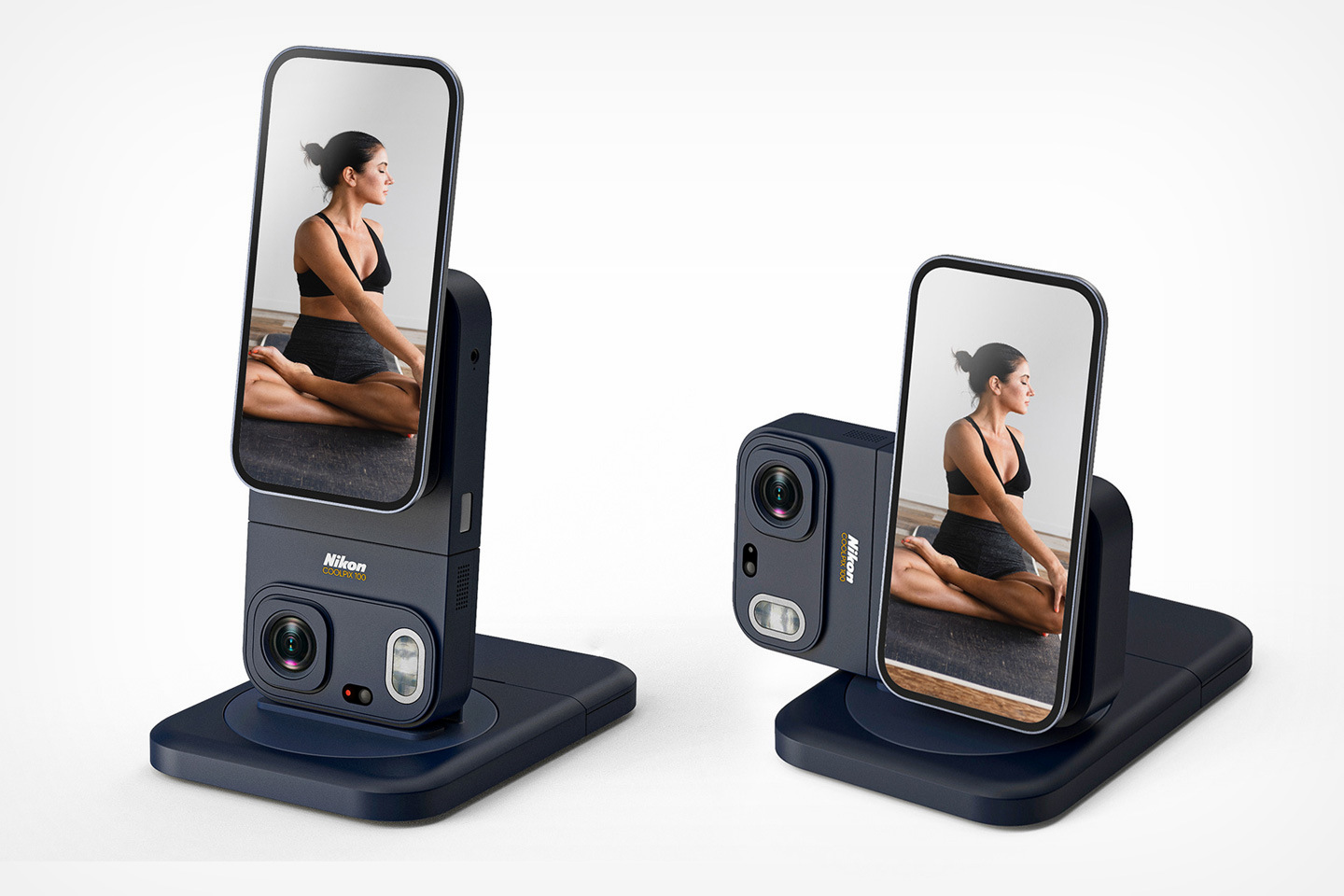 Nobody uses point-and-shoot cameras anymore… but everyone needs better webcams.

It took Apple till the year 2021 to realize that laptops need better webcams (a sudden push towards WFH culture definitely helped), and even though we’ve all got pretty great video cameras in our pockets, our smartphones are capable of so much more that it seems quite reductionist to use them as just ‘webcams’ during video calls… that’s where this Nikon concept steps in. 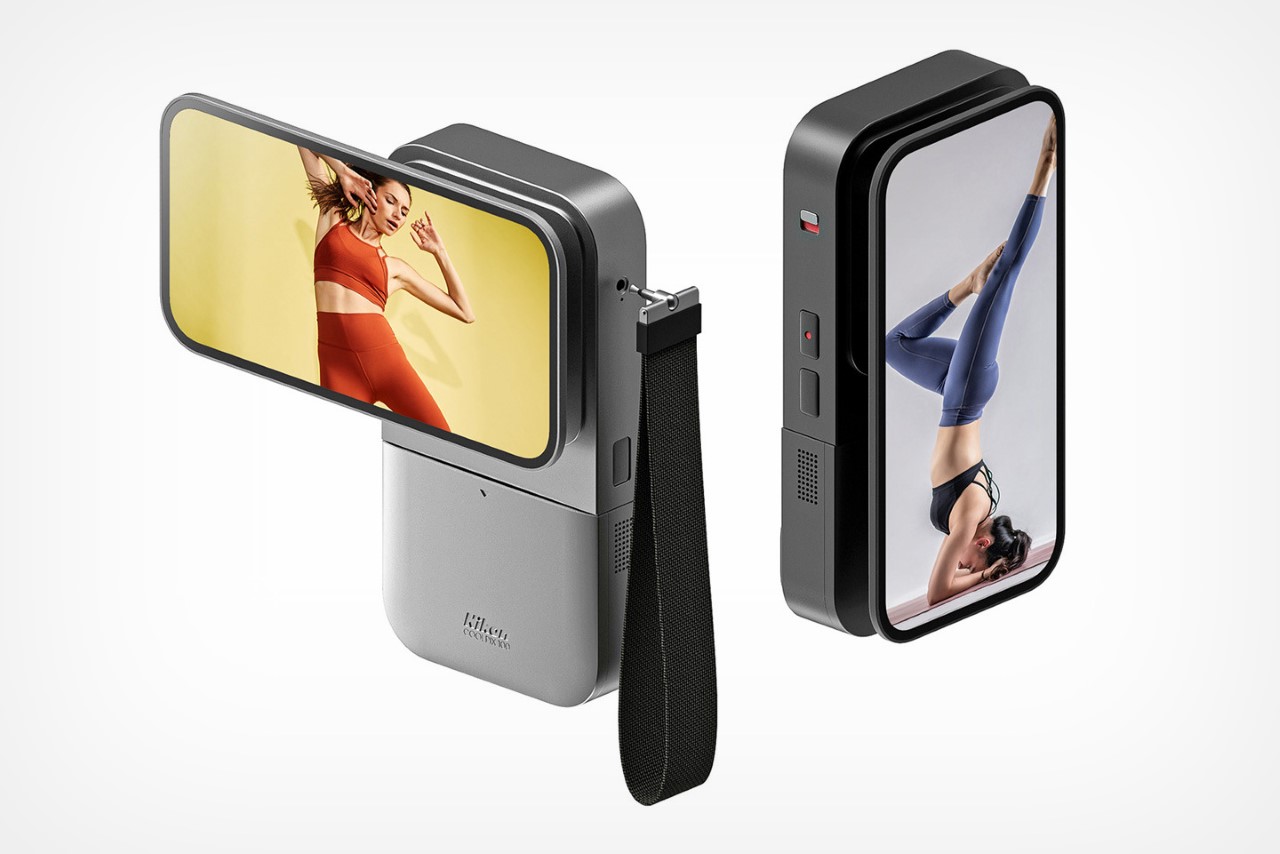 Smartphones practically killed the point-and-shoot camera industry, although there now seems to be a perfect niche for them to thrive – teleconferencing. The Nikon Coolpix 100 remake by Soyeon Lee and PDF Haus turns the consumer-grade camera into a nifty little webcam that’s perfect for video-calls. Originally designed to be a webcam specifically for home-fitness (virtual exercising, yoga, training), the idea of having point-and-shoots transition into webcams seems perfect for a whole bunch of reasons. 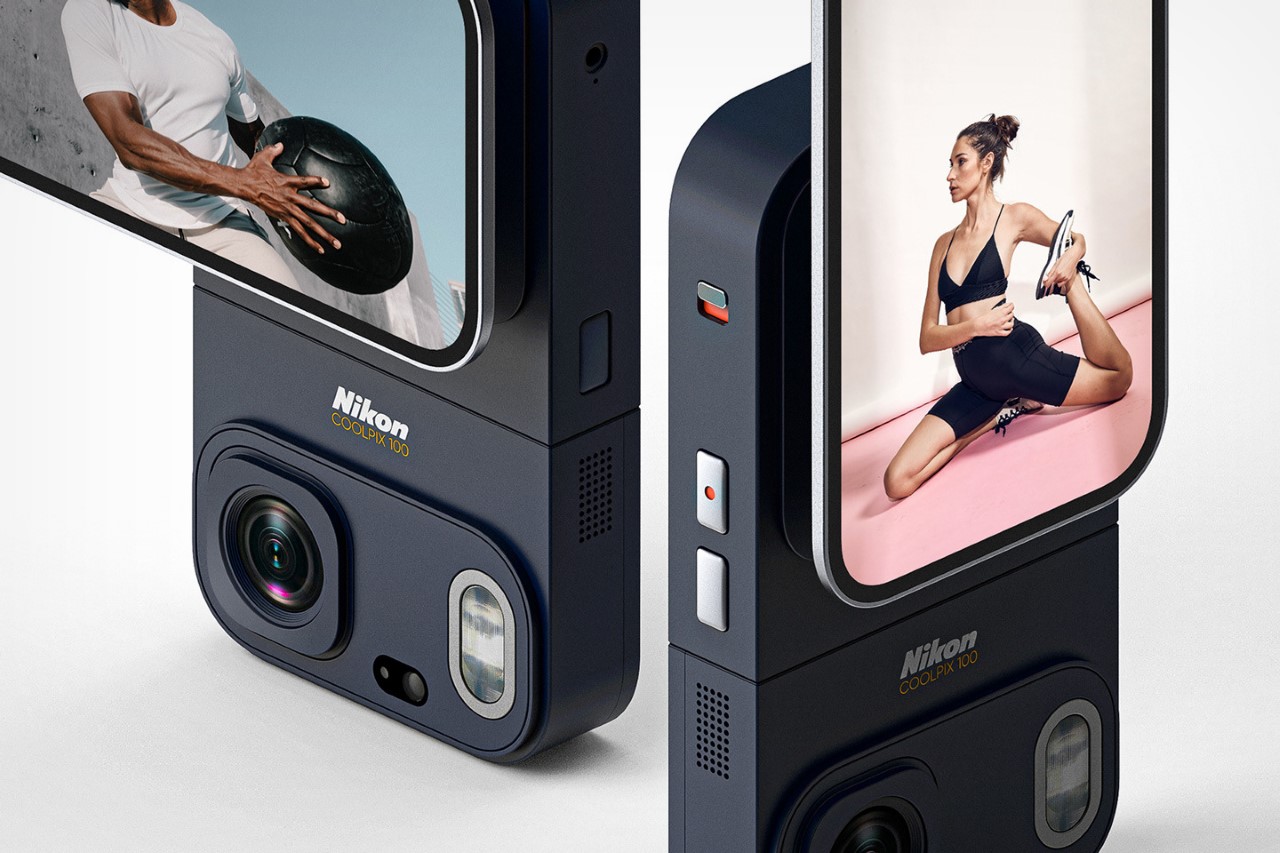 The Nikon Coolpix 100 remake is the perfect portable camera for a highly specific purpose. Laptop webcams are pathetic, smartphone cameras are for selfies, tablets are hard to prop up or maneuver, Polaroids are for hipsters, DSLRs are for professionals, and smart home cameras are mainly for surveillance… but the Coolpix 100 is perfect for just video conferencing. It comes with a pretty large lens and sensor that’s perfect for crisp, clear imaging, along with a swivel screen that’s ideal for alternating between landscape and portrait modes (plus it has a distinct Nokia N-Series vibe). 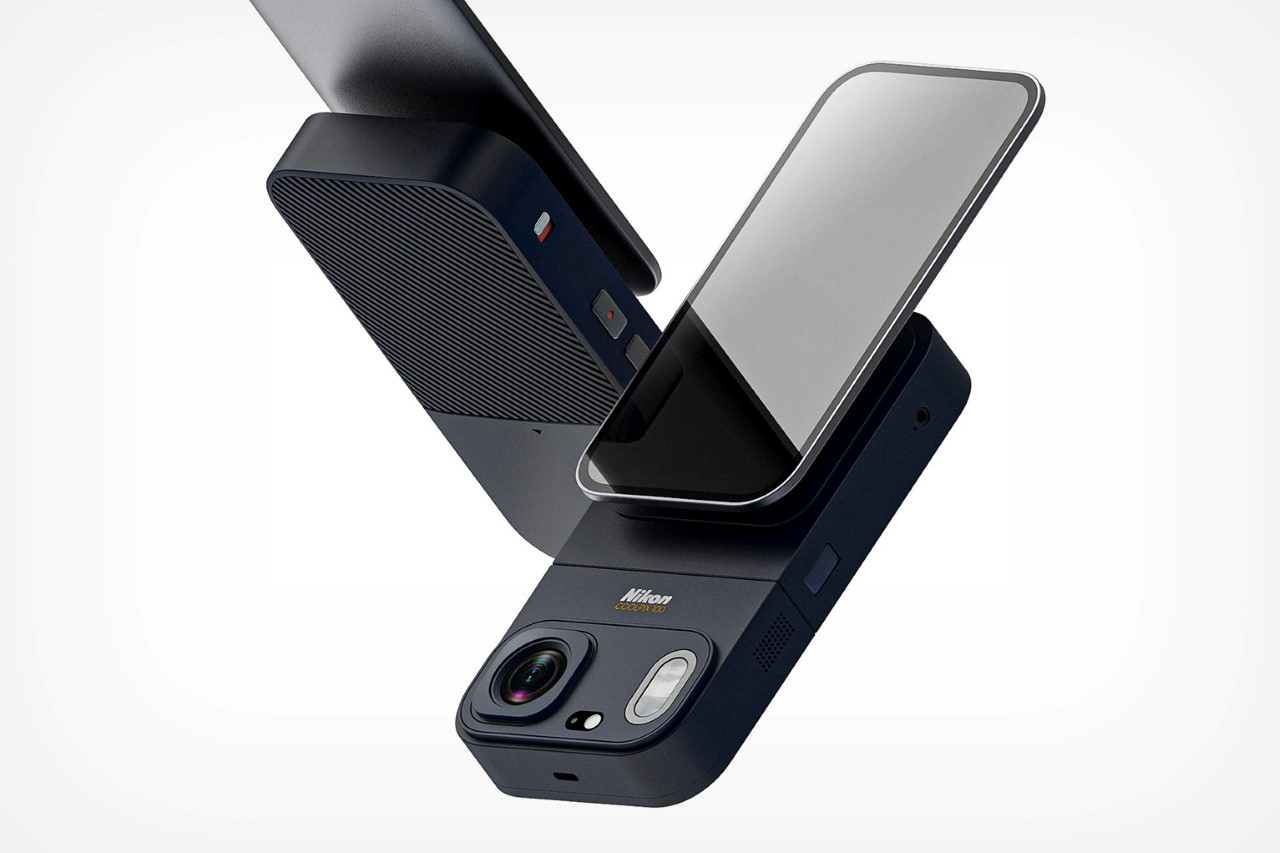 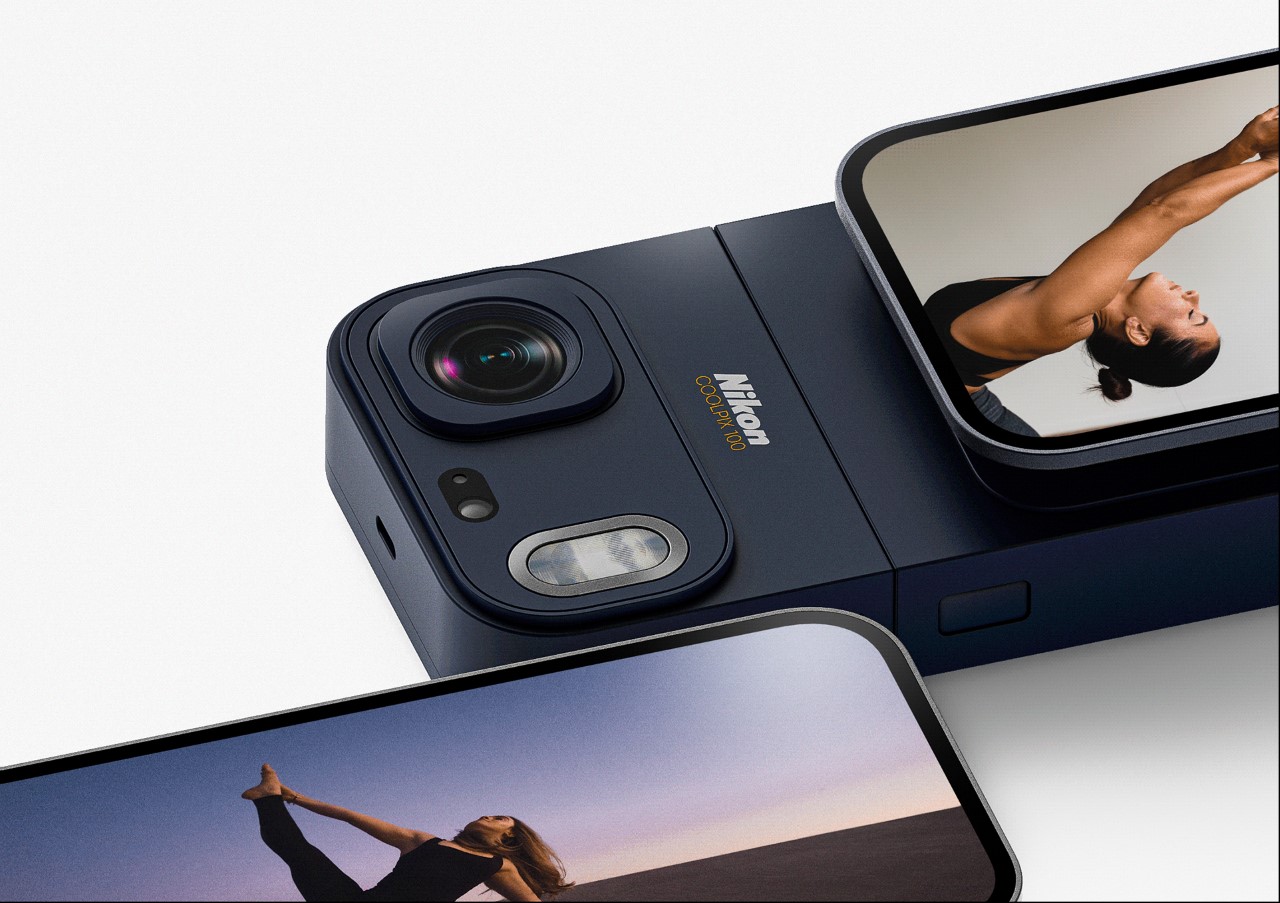 Designed to be just a really good camera, the Nikon Coolpix 100 remake is the perfect size and shape for its job. It’s slim enough for you to be able to carry it around with you, yet thick enough that it can be propped up on its edge and made to stand. The camera comes with laser autofocus as well as a flash for good measure, and is thick enough to house a battery that doesn’t constantly need to be charged every few hours. However, to charge it, the Coolpix 100 comes with its own docking station that connects to the camera via a USB-C port, located both on the bottom as well as the side of the camera, so you can prop it up any way you want. 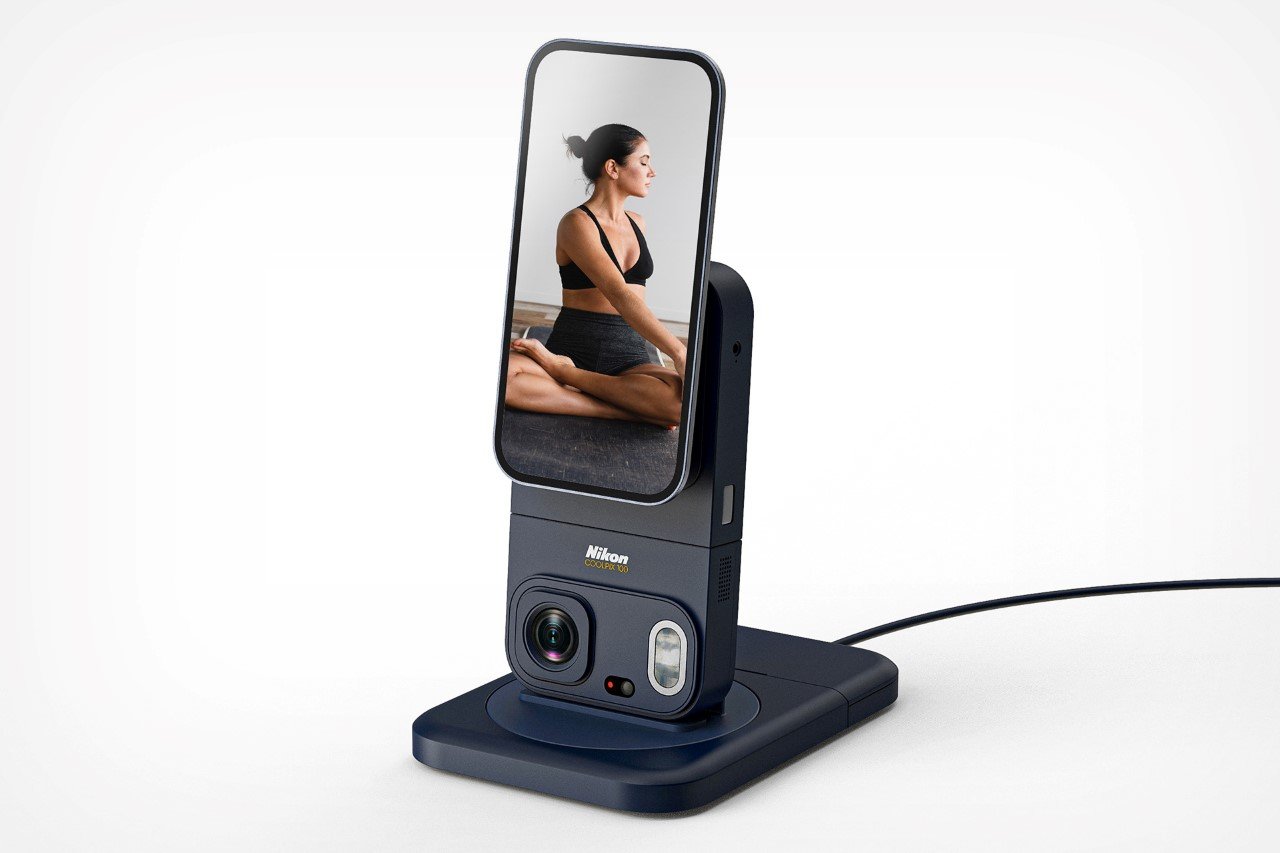 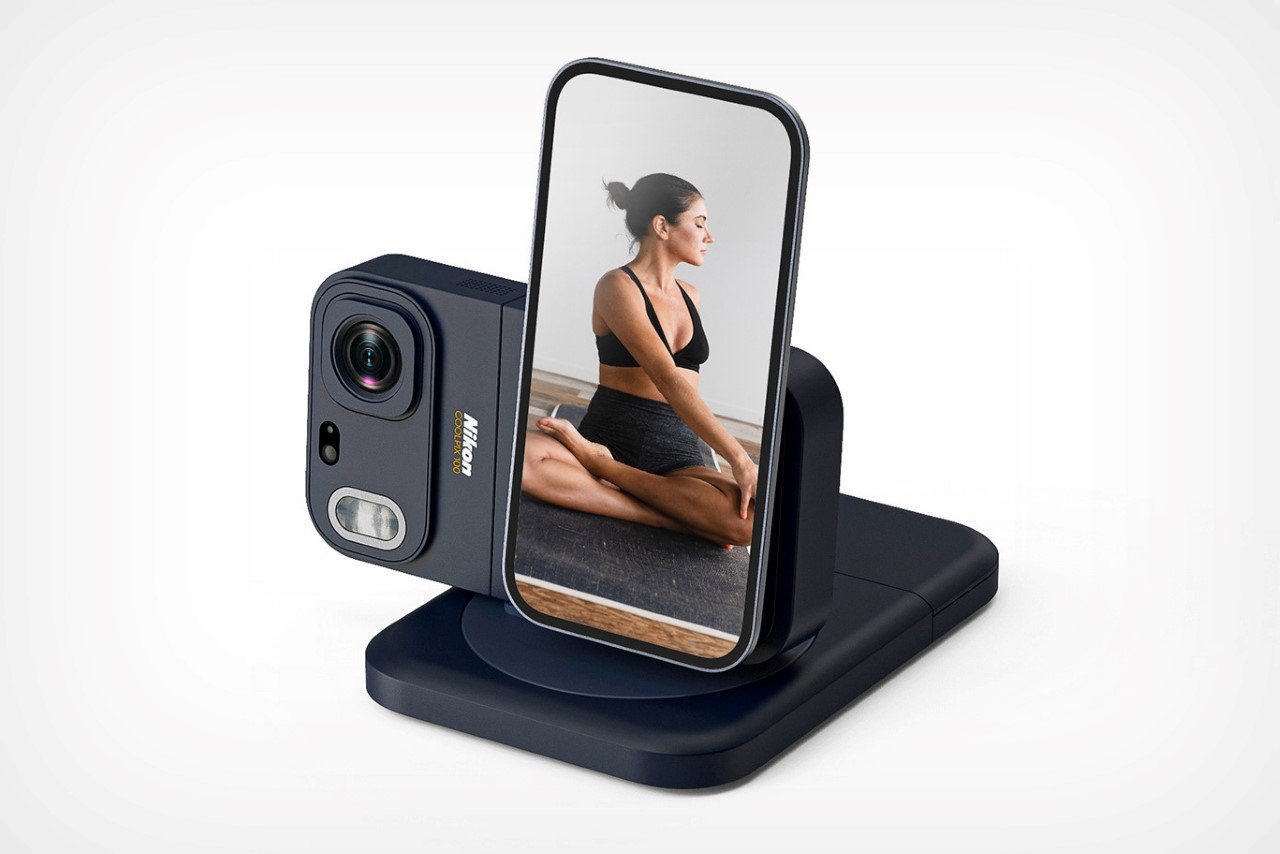 The docking station, however, does more than just charge the camera. It even comes outfitted with a rotating turntable, allowing the camera to effectively track objects and follow them (just like the new webcams on the MacBook and iPad, but by physically panning the camera). The rear end of the docking station also holds space for remote triggers, really showing how the popular point-and-shoot camera can be easily optimized for a modern scenario, fulfilling the role of a dedicated webcam for easily teleconferencing from home. View the design project in its entirety on Behance here. 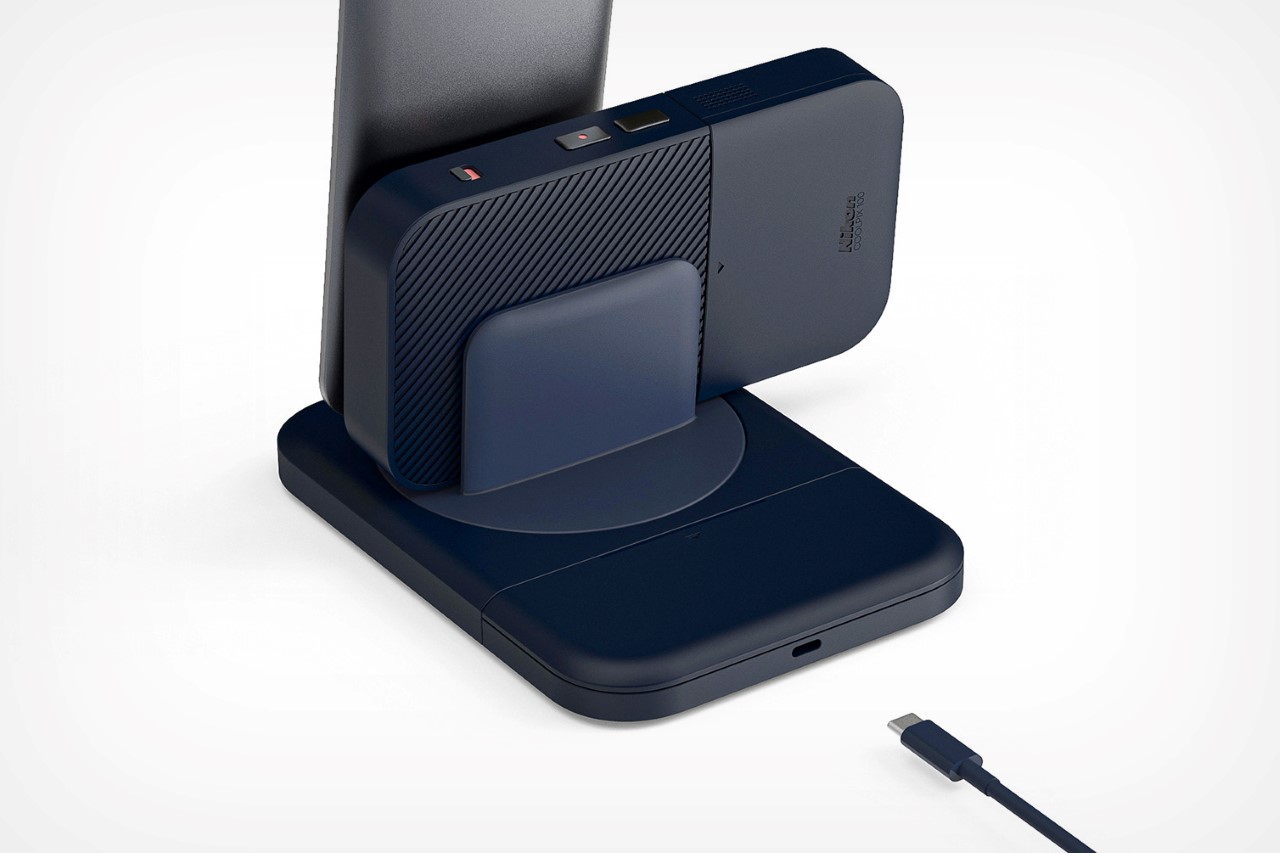 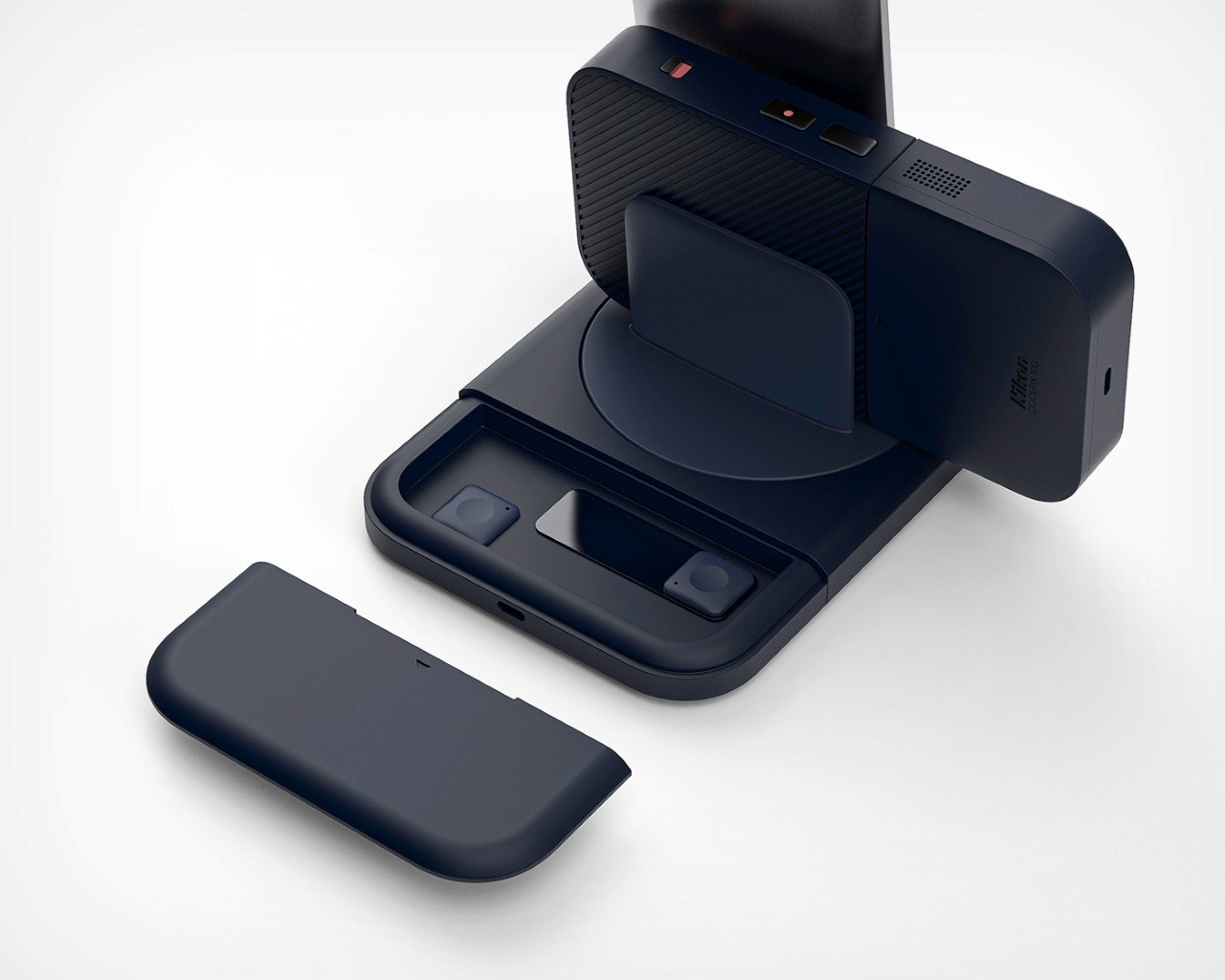 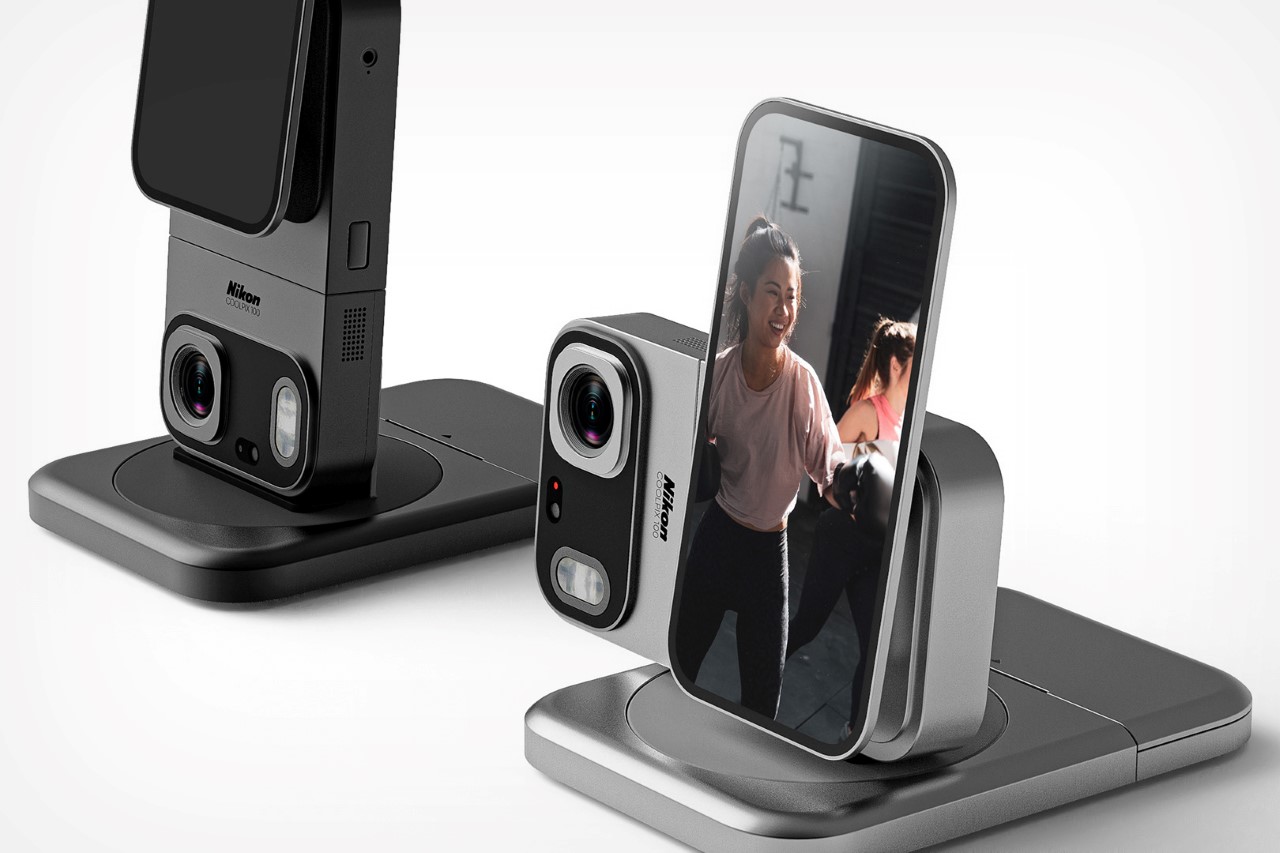 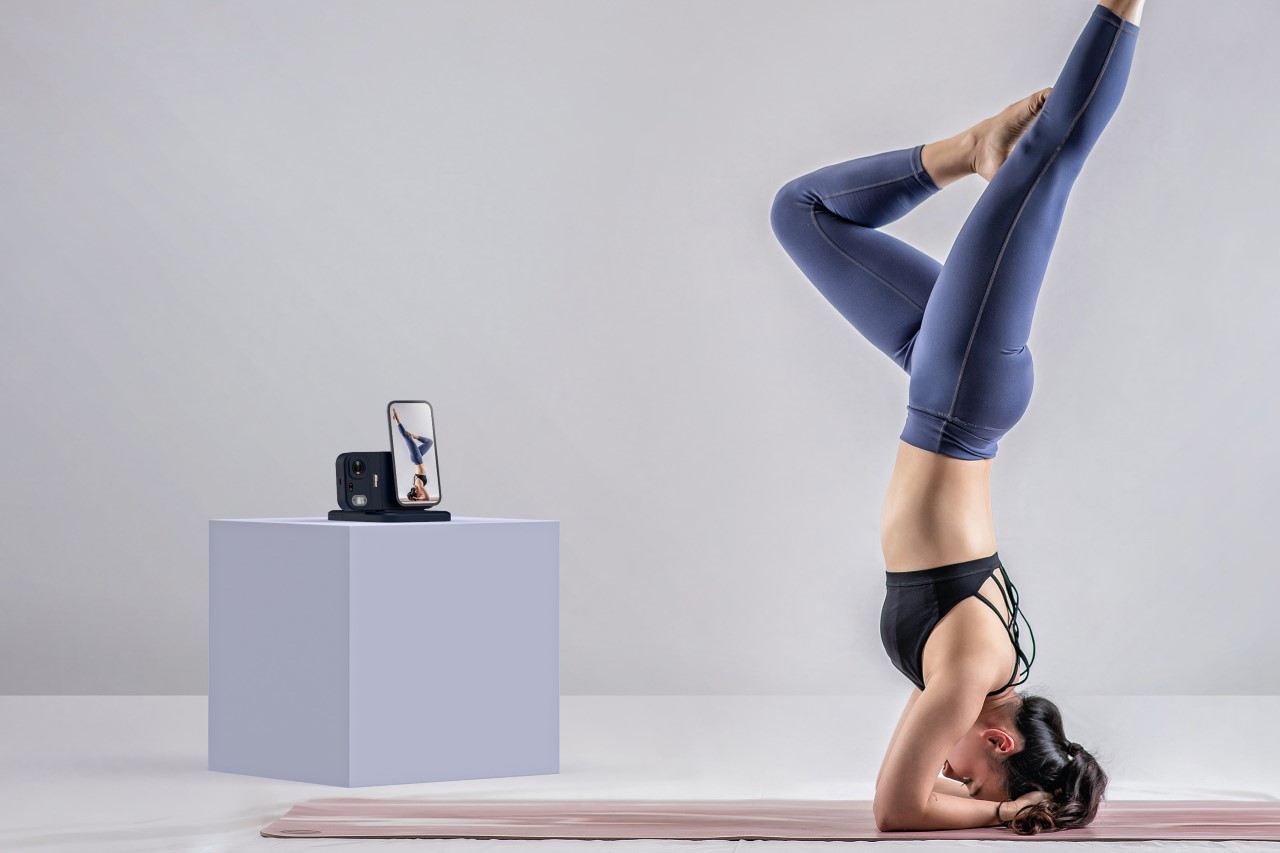 Influencer-friendly product designs that content creators will swear by!

Colored black to look powerful and premium, and christened Obsidian because it’s an unshakeable force to reckon with, Kandao’s VR camera comes with 6 fisheye…

With an incredibly diverse eco-system of snap-on modules that let you practically attach the camera anywhere you want, the DJI Action 2 is what you…