Lochair is a portable and compact floor seat for the home that allows sitters to spin around in full circles for a joyful time while sitting.

We’re always fidgeting in our chairs, moving from one position to the next while our tossing our feet up and down. When we sit for long periods of time, some restless squirming is inevitable. Some lean back in their chairs, tilting back until the chair legs fly upwards. Some rock back and forth and some constantly switch between different seated positions. Like a fidget spinner for our bums, Lochair is a floor seat design from South Korean designers Hong Donghyeon and Park Nuri whose design encourages sitters to spin around while sitting. 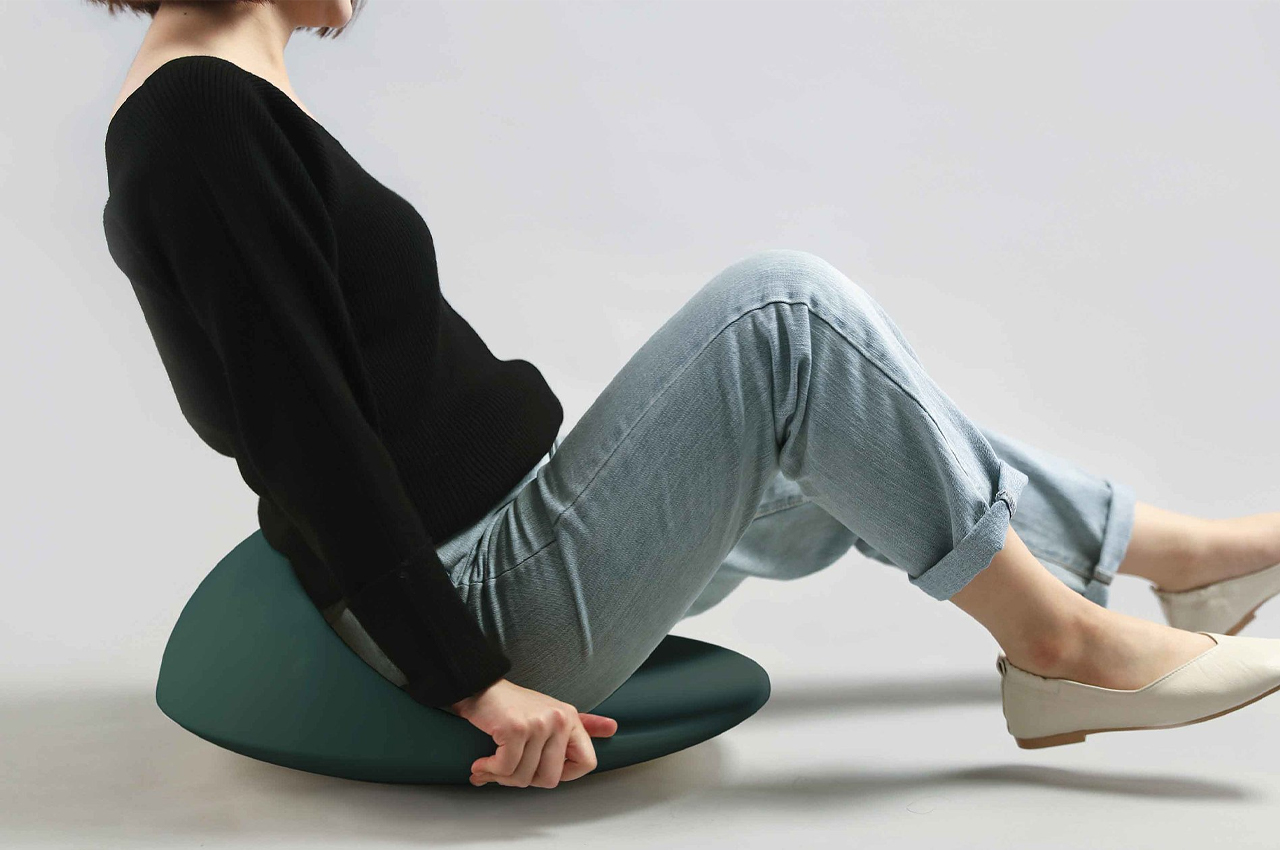 Inspired to create joyful moments while sitting down, Hong and Park designed Lochair as a reinterpretation of the traditional floor lounge chair. Lounge chairs are generally fun designs to embark upon because they typically favor comfort and whimsy over practicality and function. Designed to be a fun alternative to the couch or armrest chair, Lochair scales itself down to a small disc with a raised backrest that covers around the same size as the tabletop of a small nightstand. The chair’s approachable size allows users to sit in Lochair comfortably and carry it away when out of use. 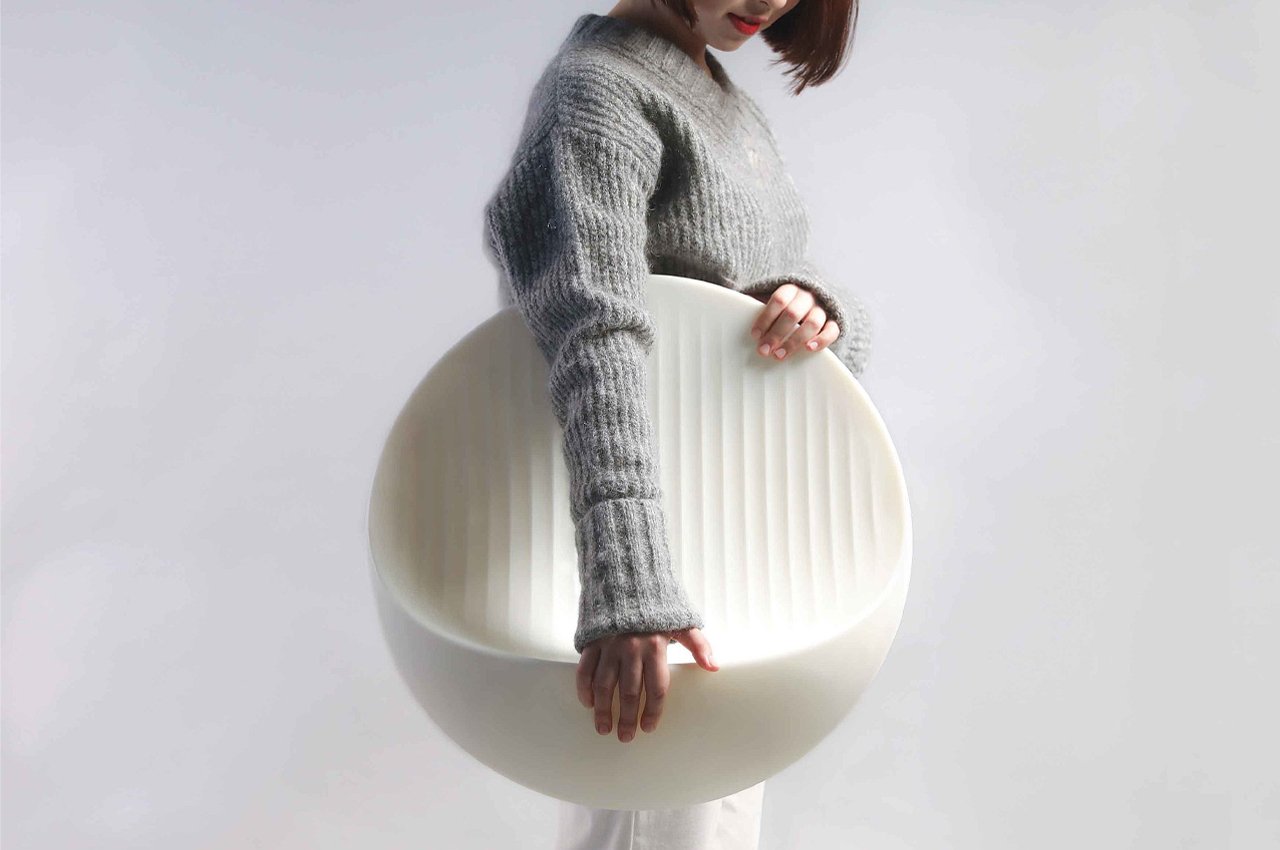 Portable by design, Lochair easily tucks under your arm to be carried anywhere. Hong and Park also gave Lochair a hard outer shell so that if inspiration hits to bring Lochair outdoors, users can rest assured that it’ll maintain its shape and function. Recognized by the Red Dot Design Awards for its innovative design and whimsical function, Hong and Park were awarded as winners for their Lochair design. 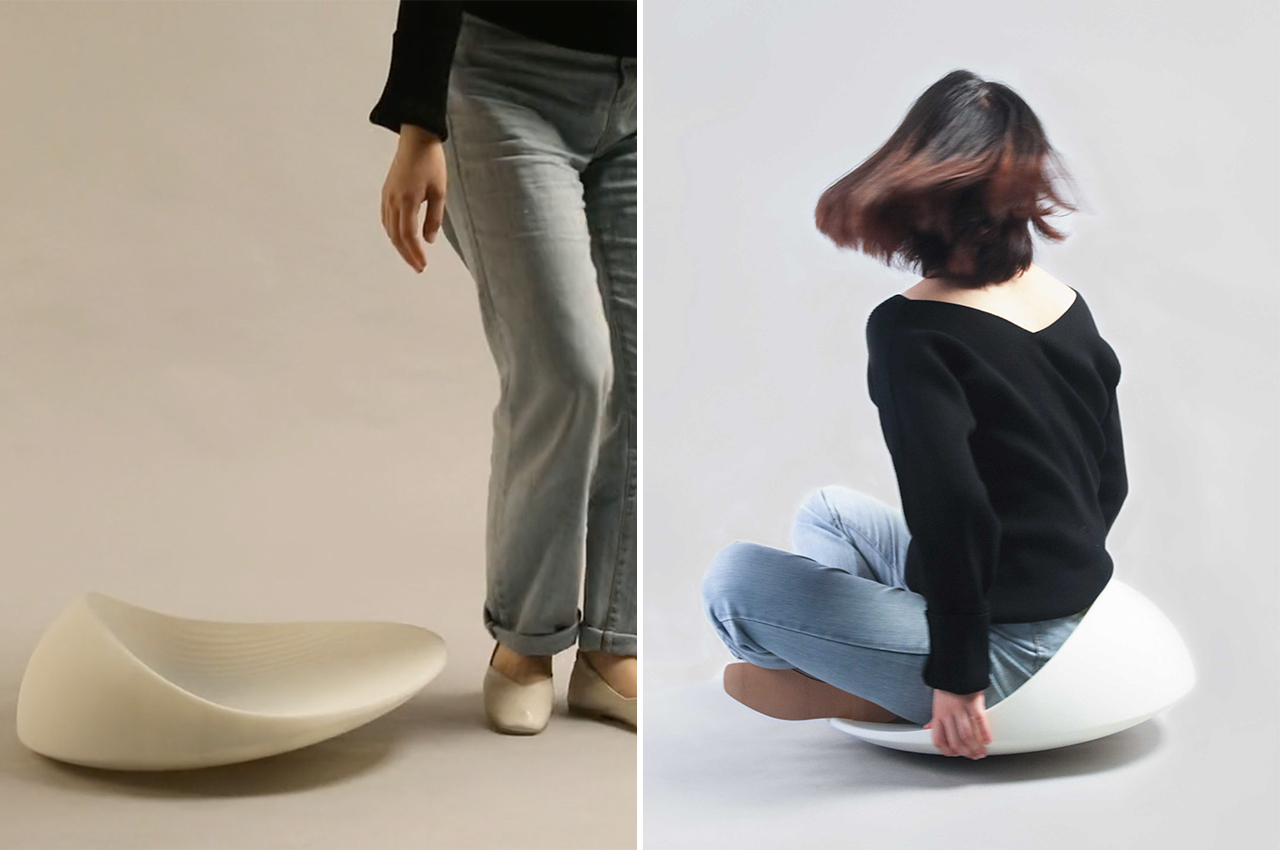 We all have our own personal checklists while stuffing our backpacks before leaving the house. I know I can’t leave without the paperback I’m currently…

The inspiration for this particular hanging lamp comes from the famous Chesterﬁeld sofas (Capitonné), their fabulous and extremely recognizable pattern of pillowy poofs added to…

Keep Your Insect Self Safe