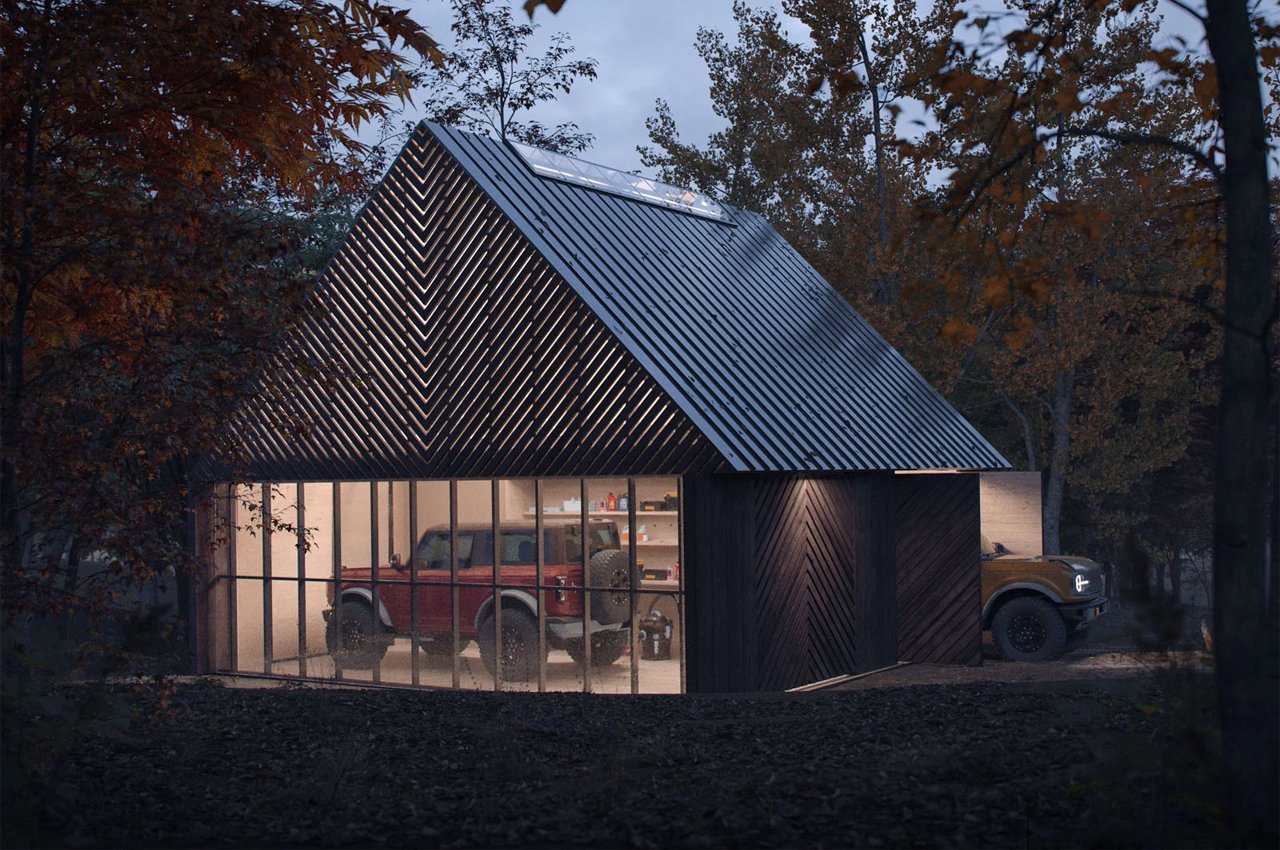 The Den Garage is a DIY garage floor plan from Den Outdoors that allows owners to build their own garage while following Den Outdoors’s blueprints.

Over the past couple of years, DIY cabin floor plans have become a hot commodity. Everyone’s hoping to build their own dream cabin in the woods and get their hands on the floor plans to take them there. With all of our attention spent on tiny cabins, our cars are missing out on some love. Coupling their expansive catalog of DIY cabin floor plans with garage floor plans, Den Outdoors released downloadable PDF files for consumers to follow and build their own garages in the same style of Den Outdoors’s cabin downloads. 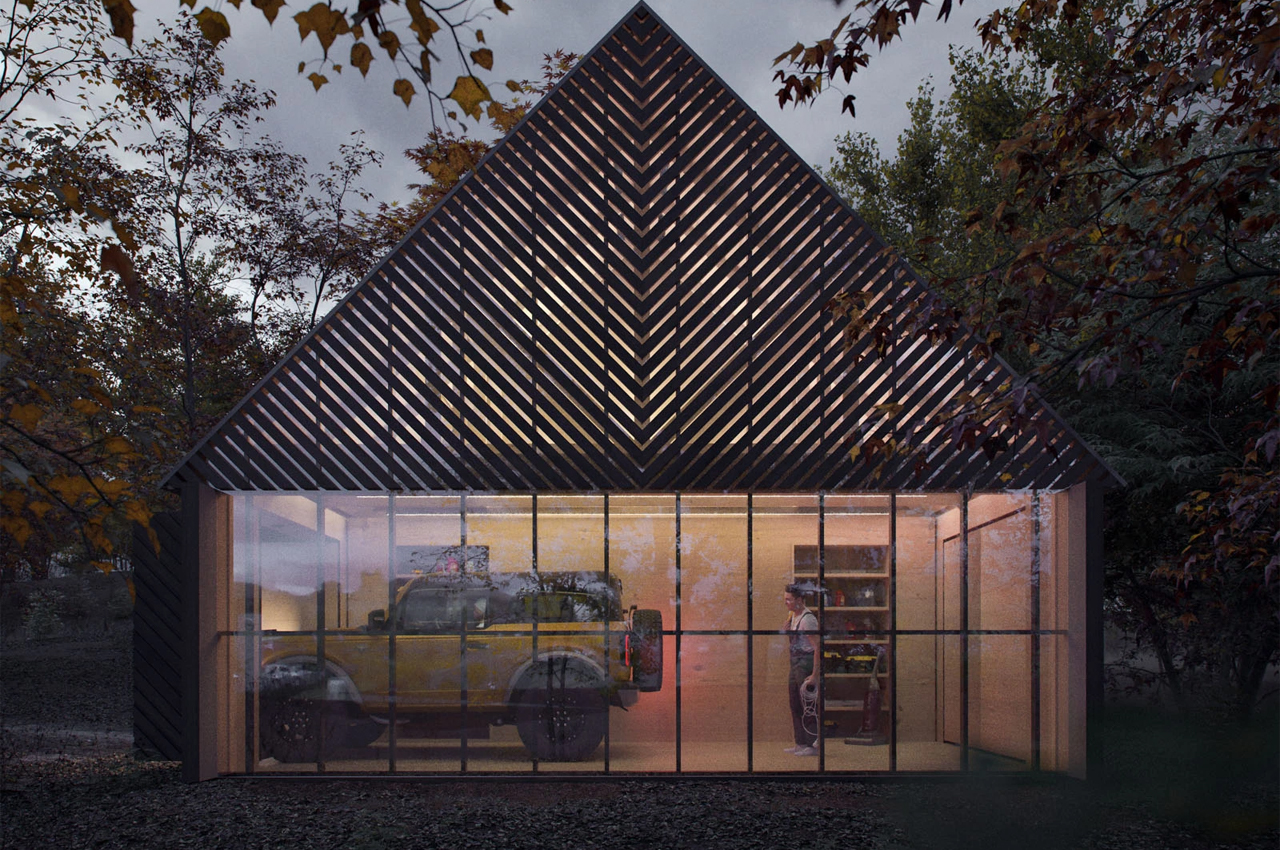 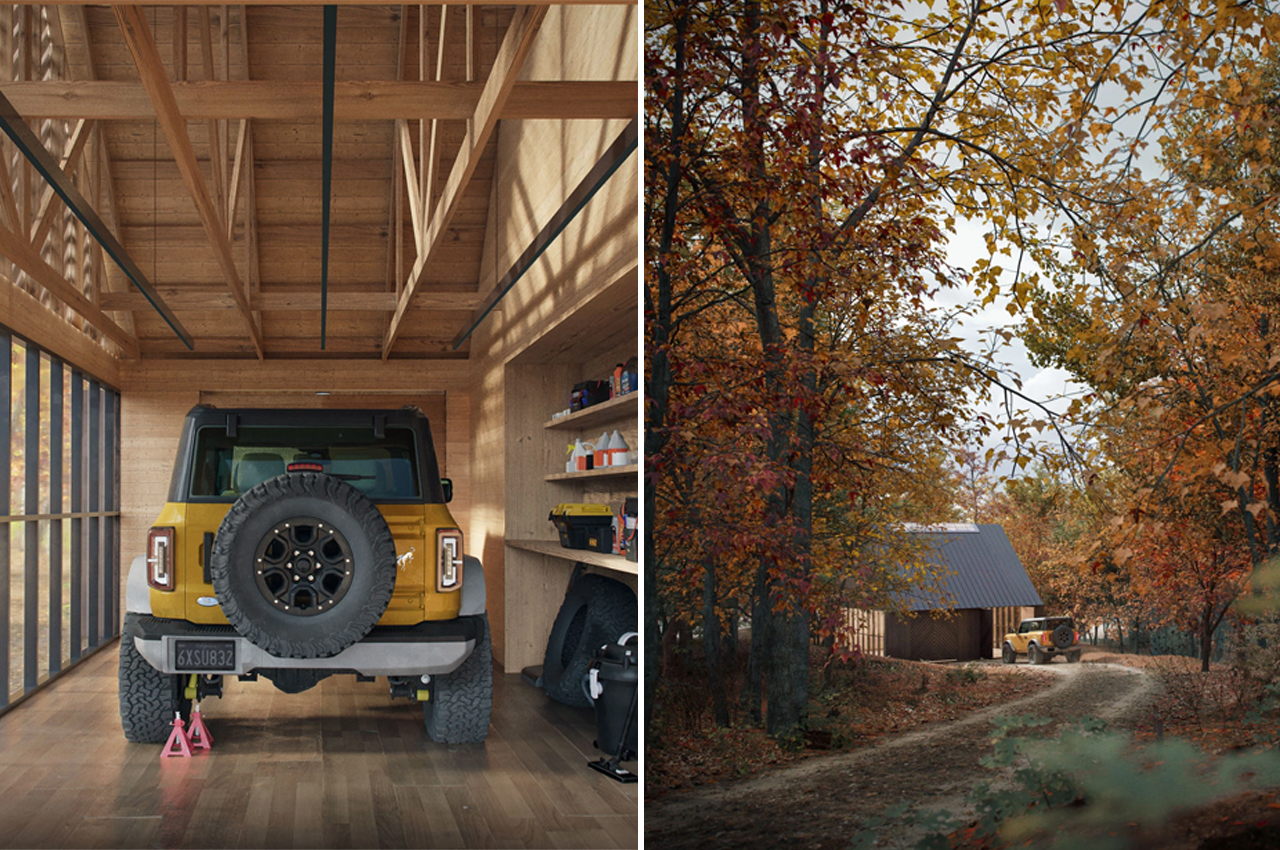 Presented in three different packages, Den Outdoors has available floor plans for two-car and three-car garages. The two-car garage spans 650 square feet while the three-car garage stretches a little further, covering a total of 950 square feet. Similar to the company’s collection of cabin designs, the garages maintain that same classic A-frame structure that exudes rustic energy without compromising the structure’s geometric, contemporary appeal. Adding to the garage’s modern look, Den Outdoors outfitted each garage floor plan with weather-resistant, floor-to-ceiling windows for owners to show off their cars without fear of the elements getting to them. 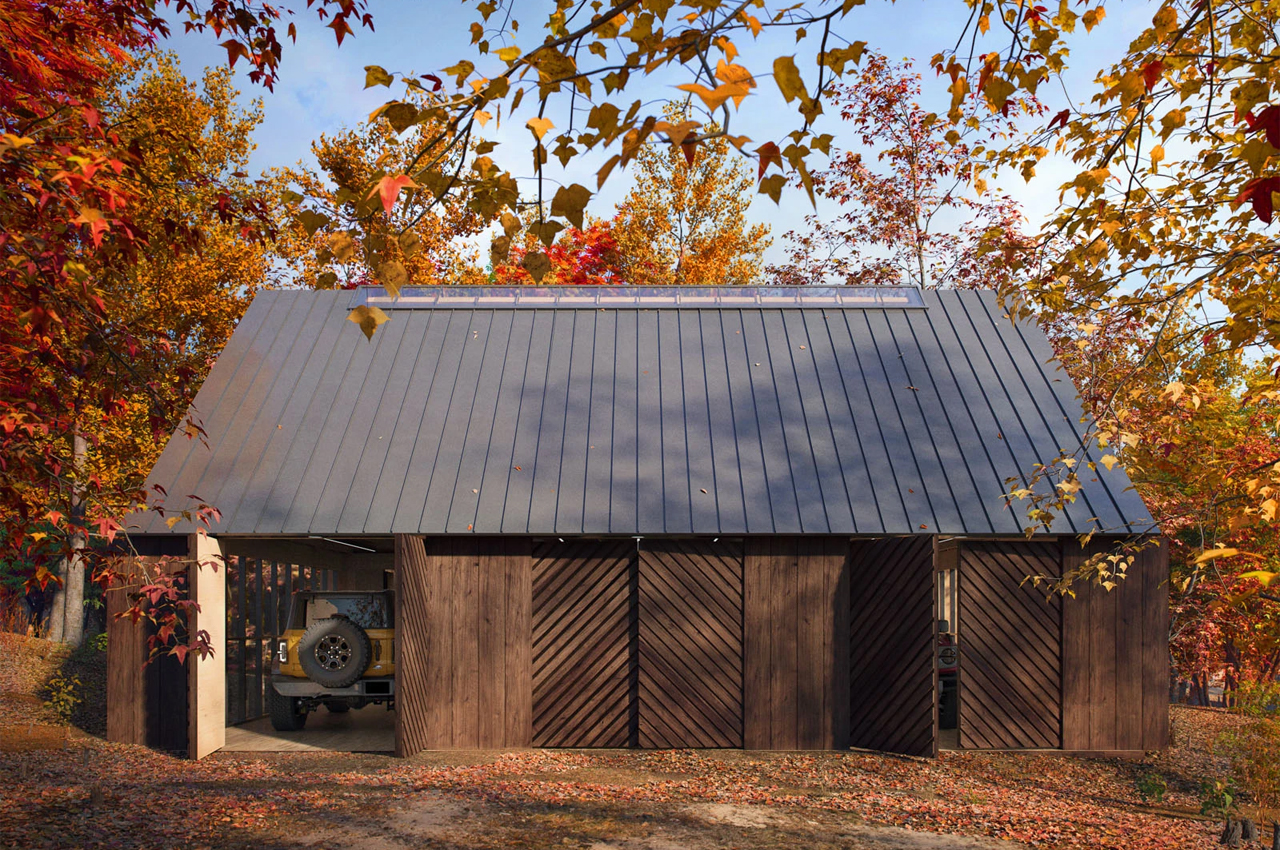 Inside each garage, integrated storage units provide ample space around each car for owners to store the same items that typically remain in garages, like holiday decorations and passed-down family furniture. Under the same roof, Den Outdoors incorporated a small workroom into the floor plan with a mini-split for heating and AC so owners can work on their favorite cars even through the changing seasons. 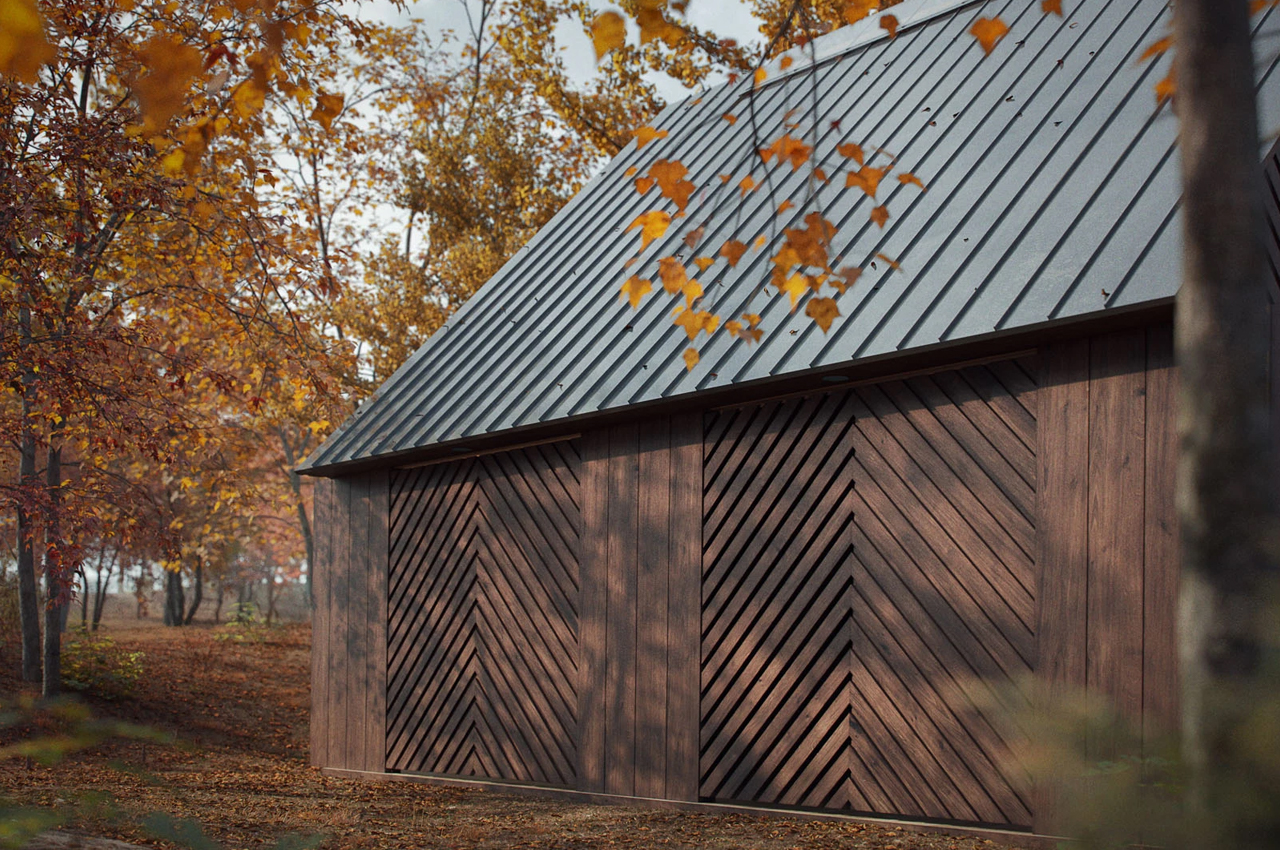 As of now, the downloadable files only comprise floor plans and 3D models for builders to follow when constructing the garage. The Starter Package contains a PDF of the schematics needed to build the garage. The Complete Package comes with the full blueprints, including 3-D models and AutoCAD files. While Den Outdoors suspects the three-car garage will amount to around $212,325 to build, the two-car garage will cost around $145,275. 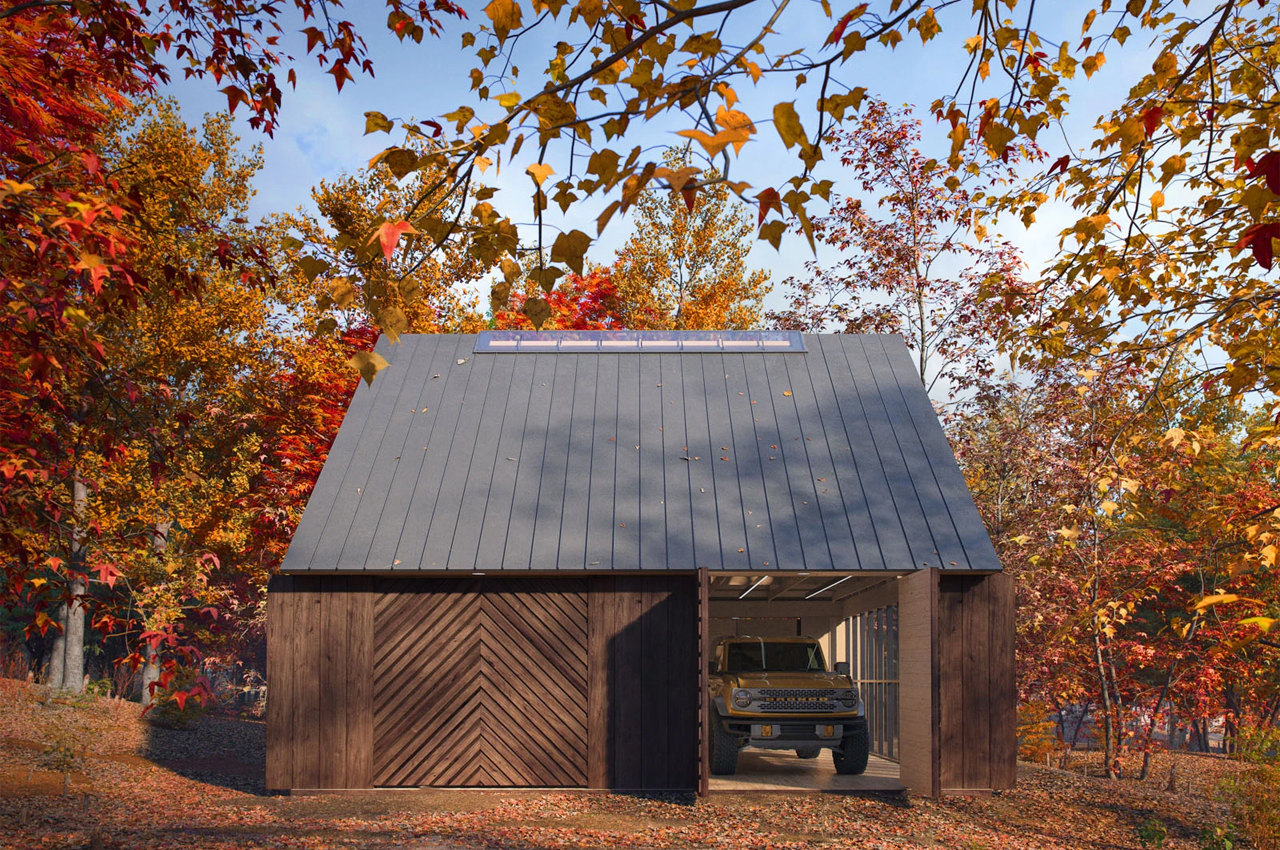 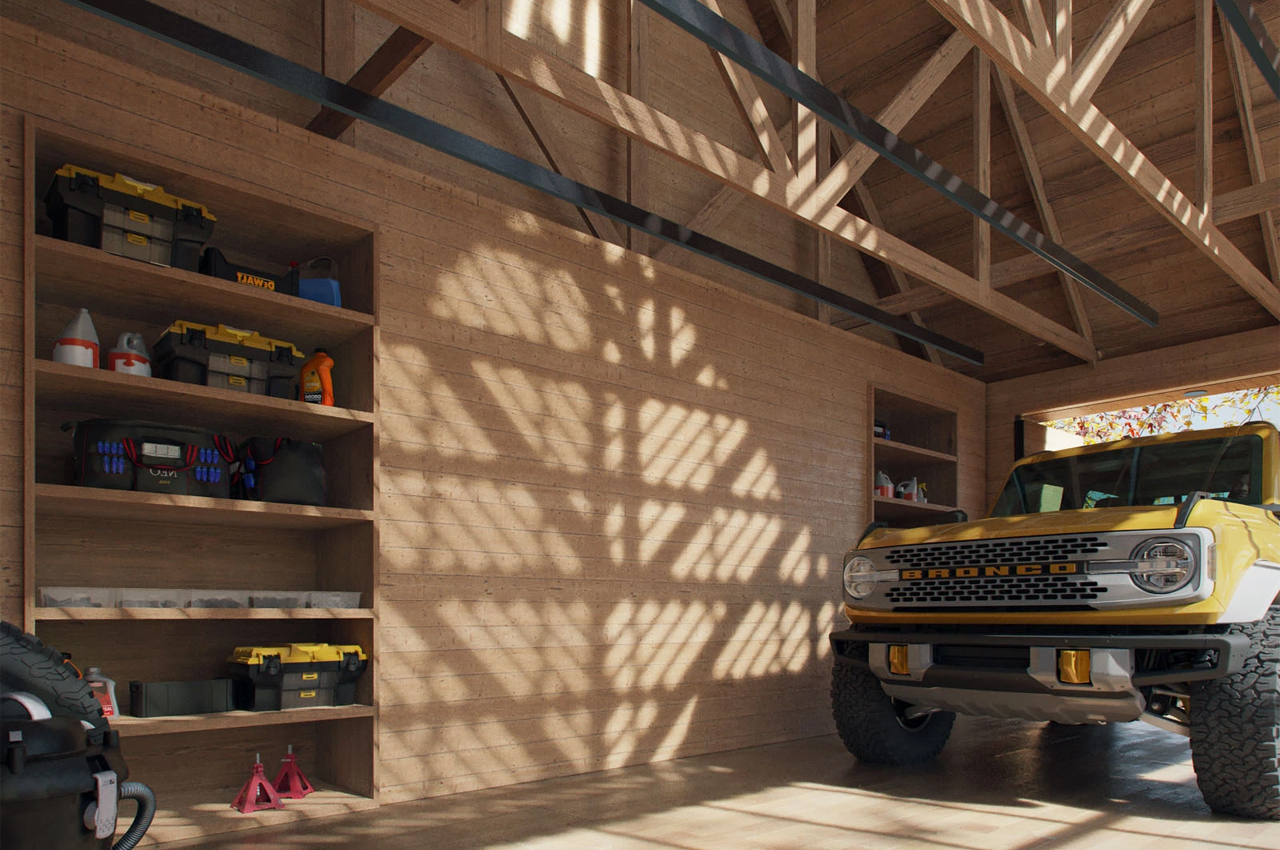 This zero-emission dirt bike’s design will give you an adrenaline rush!

The electric bike segment is evolving from the basic designs to something that brings more value and has aesthetically pleasing attributes. SUPER73 clearly redefined the…

Ukrainian Designer Igor Sirotov is back with a new architectural paradise, the ID1 House. Made purely out of cargo containers, the house design brings stor-age…

Bamboo Architecture designed to prove that this trending + sustainable material is here to stay!

Bamboo is gaining a lot of popularity as a sustainable material in the world of architecture! Bamboo is being used to create beautiful and majestic…

What could be more fun than flying a kite or riding a Waverunner? Try both at the same time! That’s the basic idea behind the…