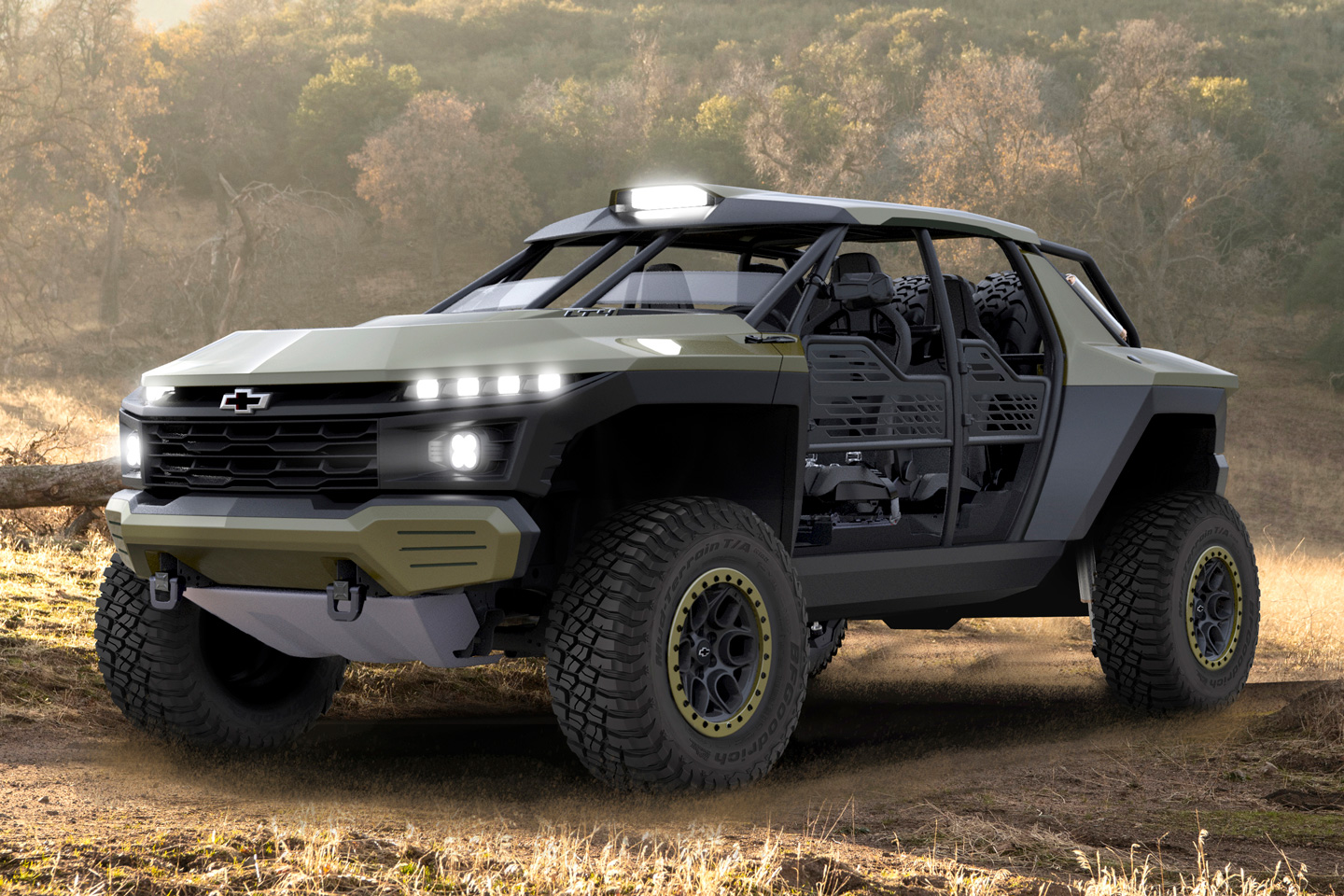 Designed with the same “Drive fast, leave a sexy corpse” bad-boy attitude that the Cybertruck displayed back in 2019, the Chevy Beast promises to turn any terrain into a road you can drive on.

Unveiled at the SEMA Show in Las Vegas just hours ago, the Chevrolet Beast is the closest thing you’ll probably get to owning a Halo Warthog. Designed to be the crown jewel of Chevy’s already jam-packed roster of trucks, the Beast is a desert-ready mammoth created specifically to “take the popularity of high-performance off-road trucks to the next level,” said Jim Campbell, GM U.S. vice president of Performance and Motorsports. 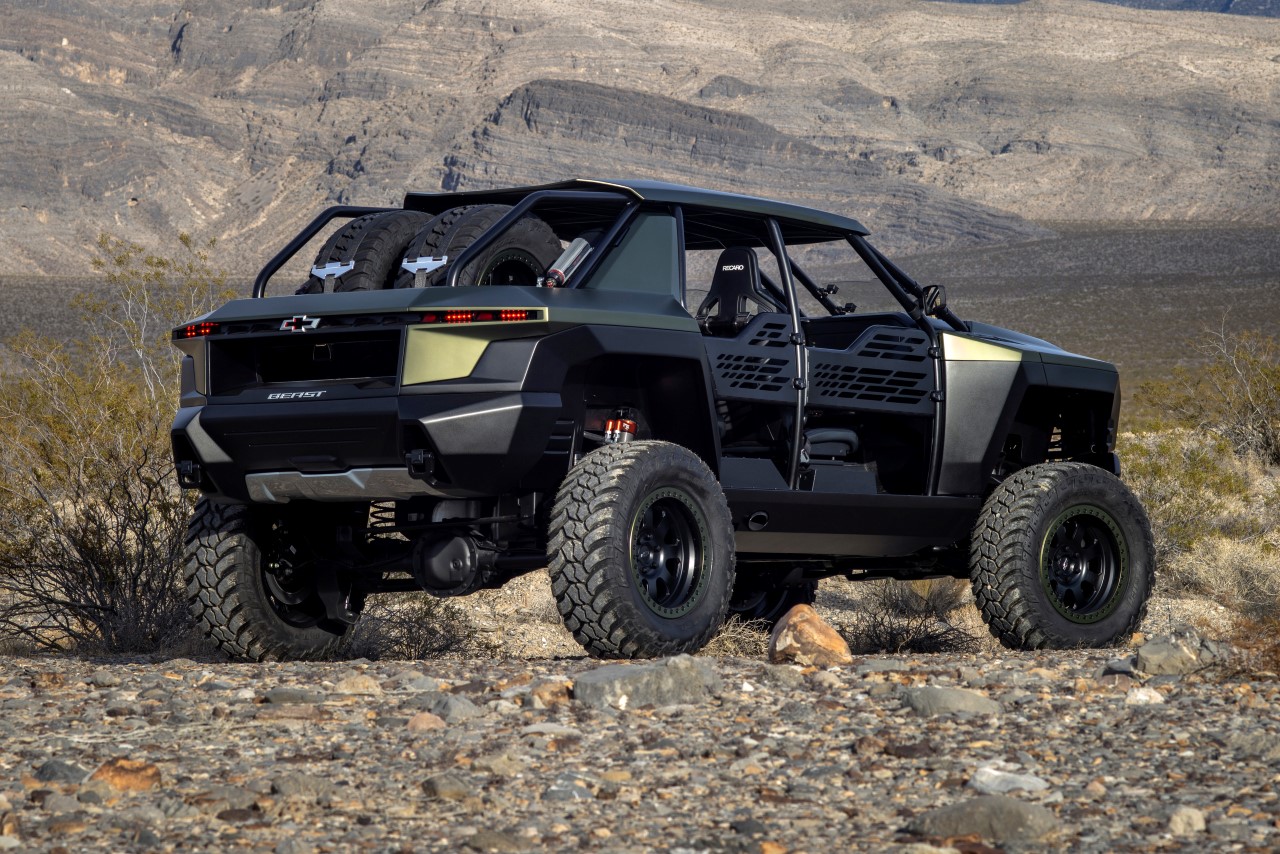 Sure, you can’t really compare the Beast to the Cybertruck without acknowledging the fact that they’re both completely different categories of vehicles. One’s a master of terrain, the other’s designed specifically to be a heavy-duty cargo-pulling vehicle… but they do have a common intersectional audience – the people who just want to own a badass vehicle that has ‘big chassis energy’. 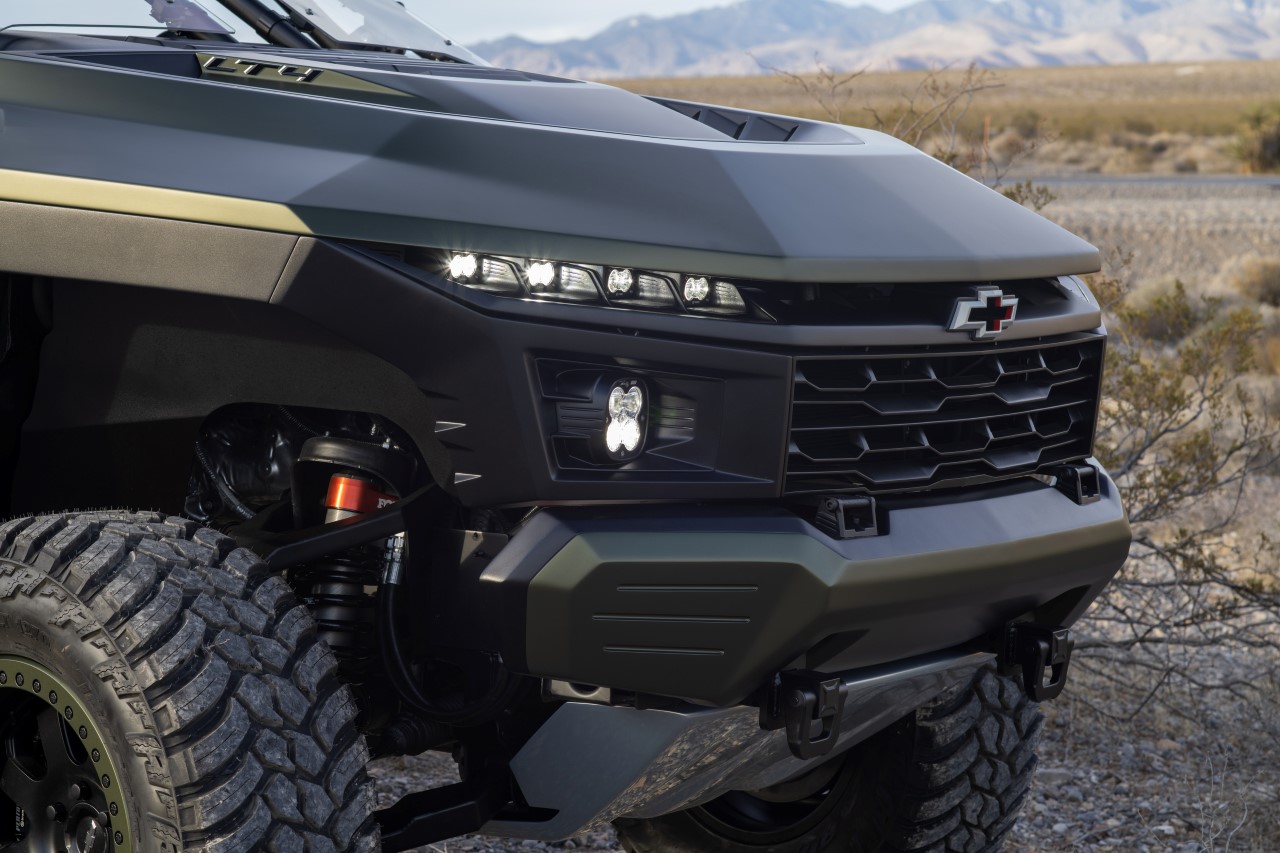 Built from a modified Silverado chassis, the Beast concept was created to turn any terrain into tarmac, although the photoshoot heavily hints at desert-driving. Under its hood lies a Chevrolet Performance LT4 crate engine – a 6.2-liter supercharged V8 that’s rated at a mind-numbing 650 horsepower, paired along with a 10-speed automatic transmission that sends torque directly to a two-speed transfer case and distributes it to 37-inch-tall off-road tires mounted on 20-inch beadlock wheels. 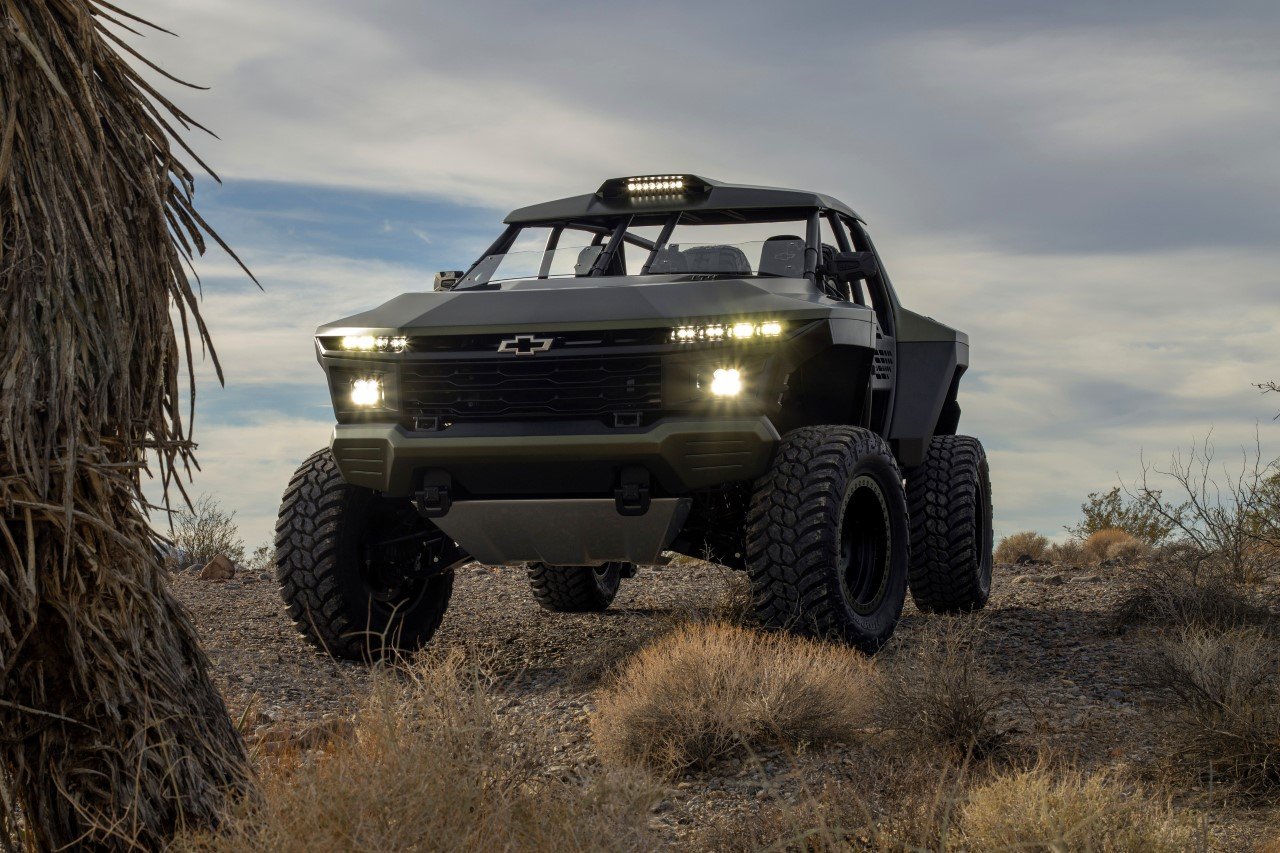 Although it’s built strictly for performance, the Beast is, as its name suggests, rather intimidating to look at. Aggressive angular lines and slim lights give the truck a mean, no-nonsense demeanor. Tubular doors and a simple clamshell-type front end reflect the functionality and aesthetic of desert running while the rear of the vehicle was intentionally designed with almost no overhang to maximize the angle of attack on steep grades, and an open design, to let dust pass through without it gathering inside your vehicle. Additional unique design cues include a custom front grille, front and rear bowtie emblems, and powerful off-road lighting from Baja Designs®. 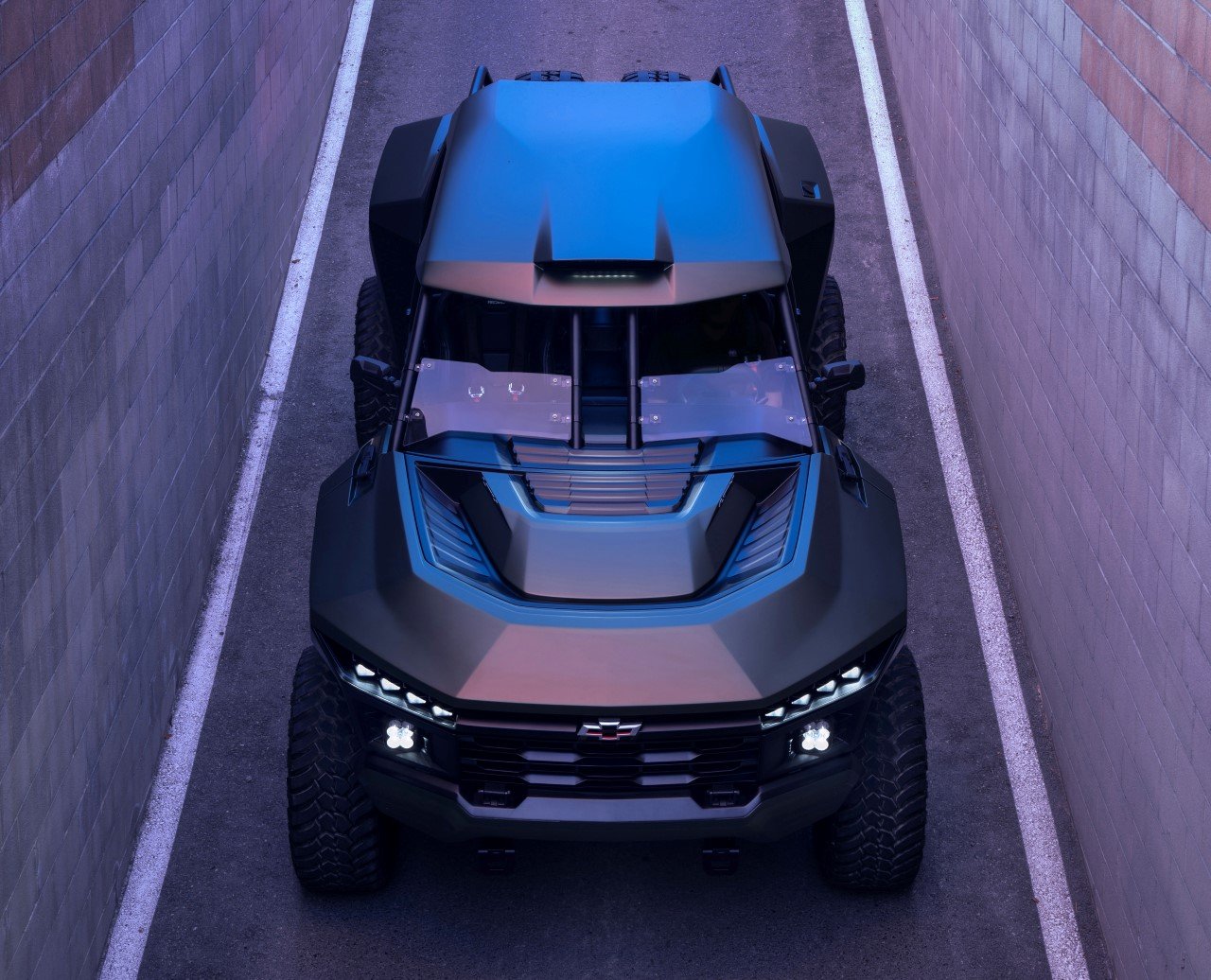 On the inside, the Beast’s cabin has a minimalist, functional design, featuring a quartet of seats with four-point harnesses, as well as a pair of 7-inch-diagonal LCD screens that monitor vehicle functions and performance data, including pitch and roll during off-road driving scenarios. 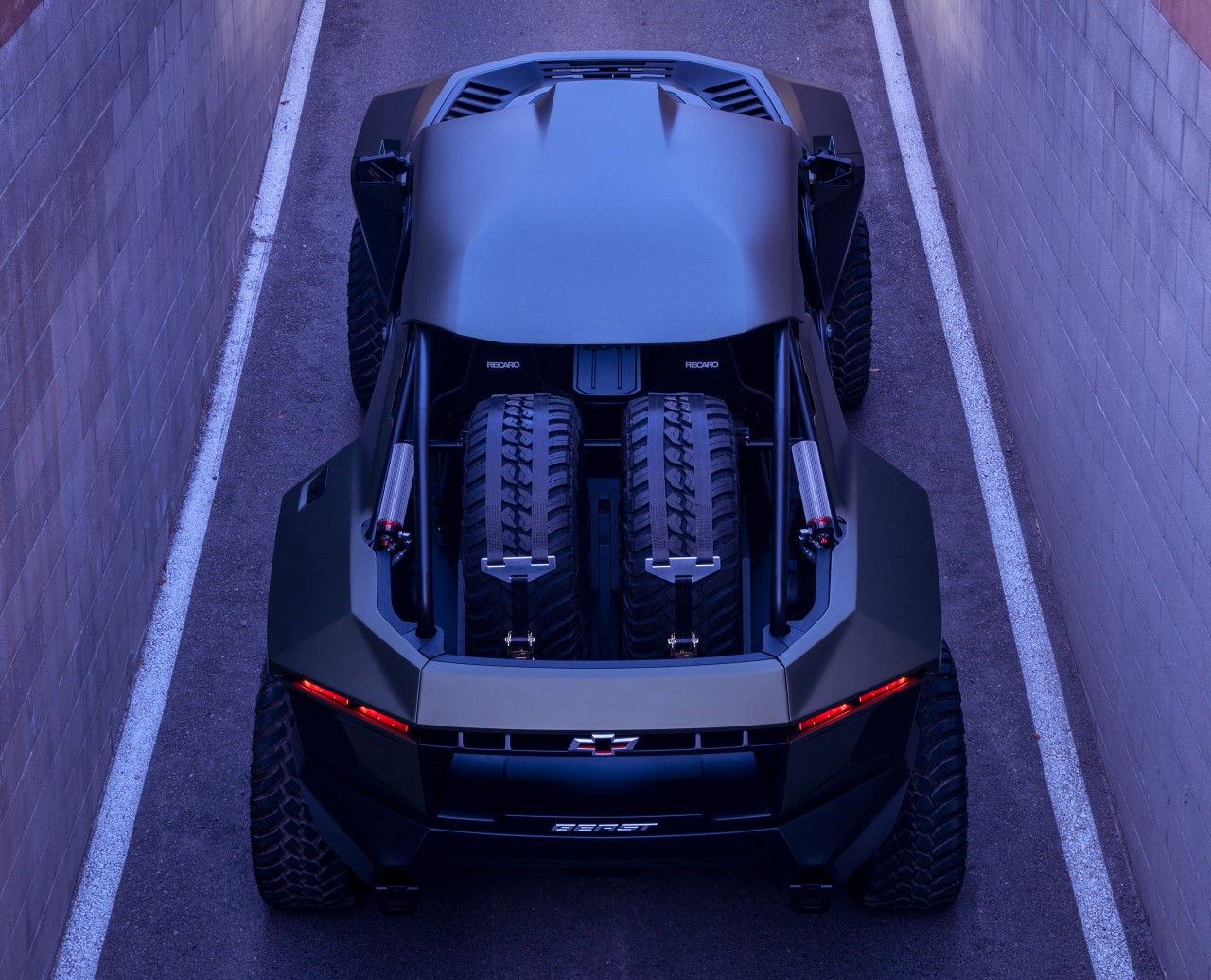 “There’s nothing else like The Chevy Beast,” says Jeff Trush, GM program manager, Pace Car and Specialty Show Vehicles. “It delivers a ton of performance and capability, which makes it adept at conquering rough terrain — and it flat-out flies in desert running.”

You can’t really buy the Beast for now, although the fact that Chevrolet unveiled such a mean machine at SEMA definitely shows what direction the company’s heading in. The Beast is accompanied by 8 other concepts unveiled at the Vegas event, and you can visit Chevrolet’s own SEMA microsite to know more about the vehicles being showcased at the event. 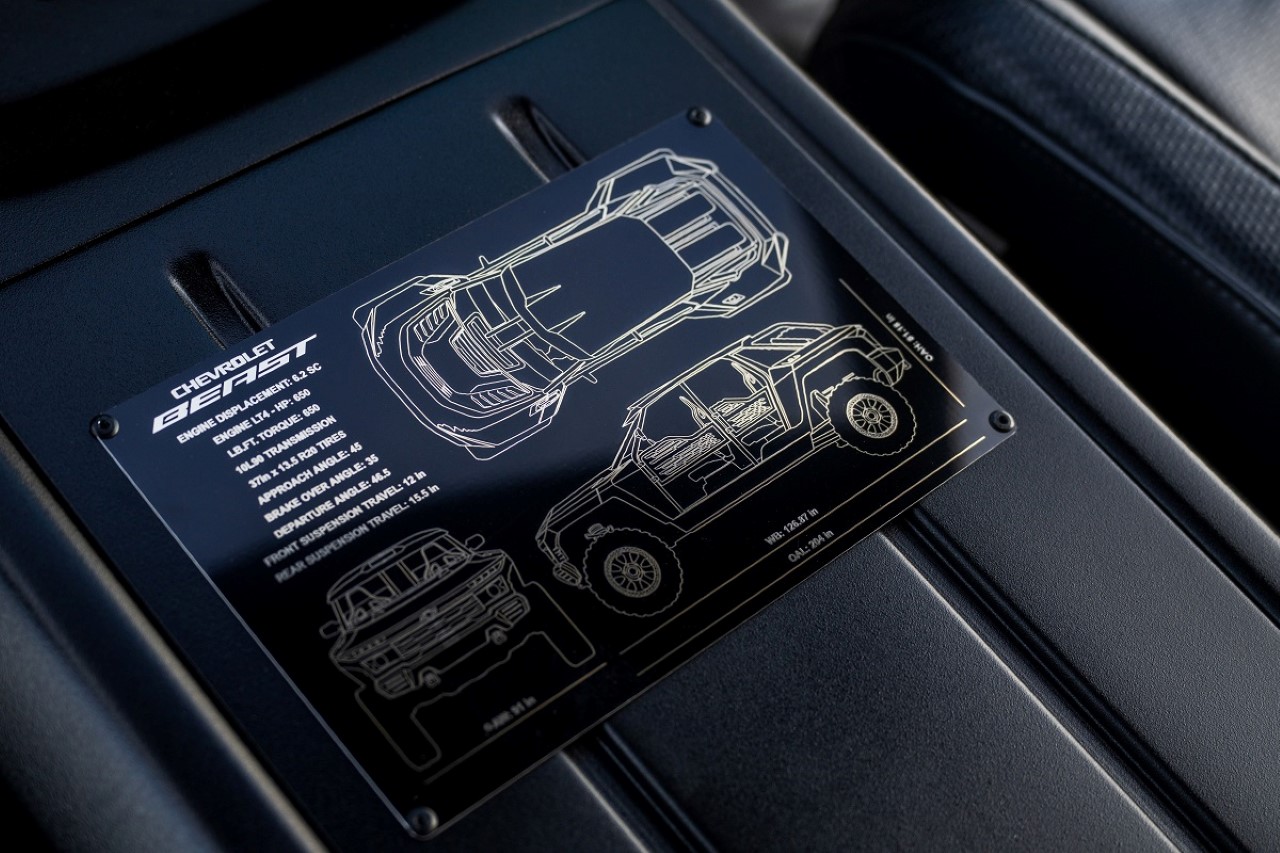 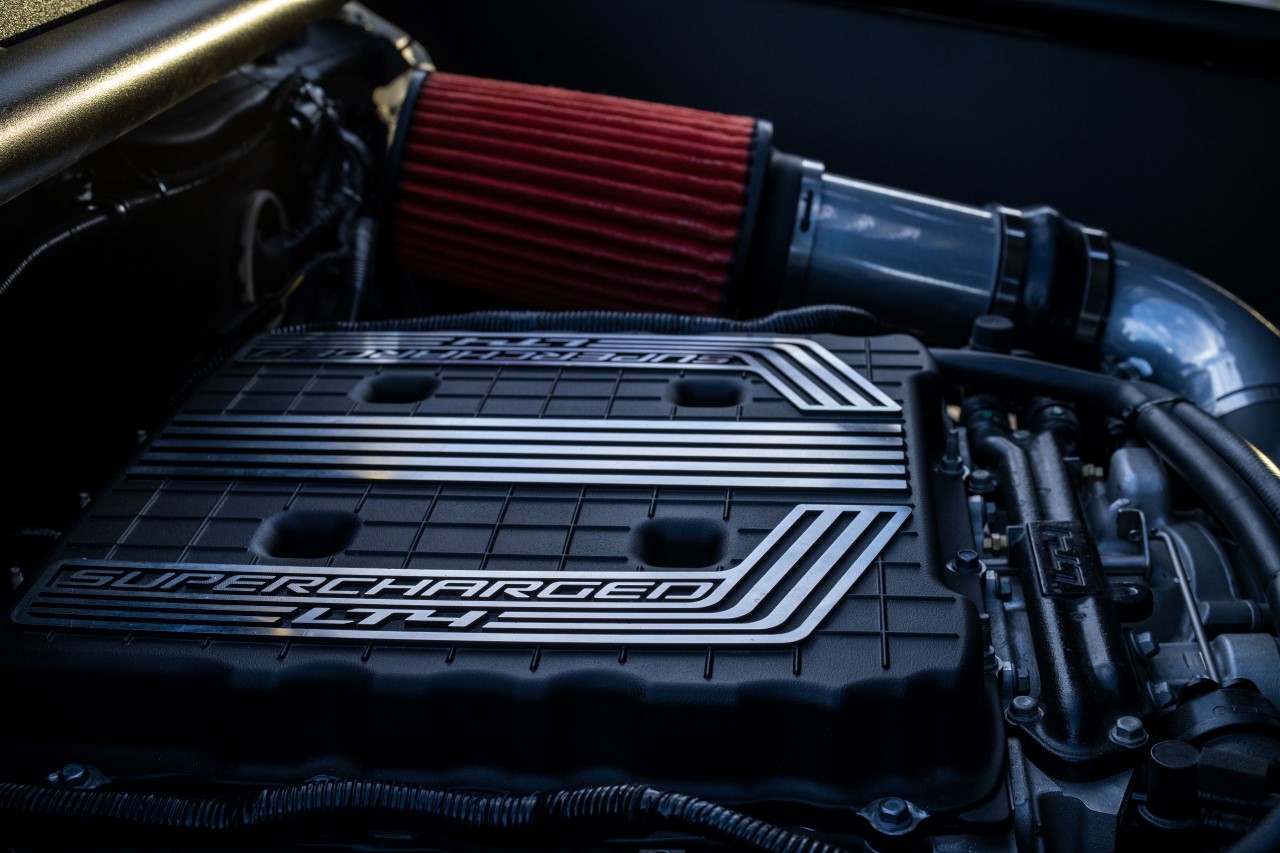 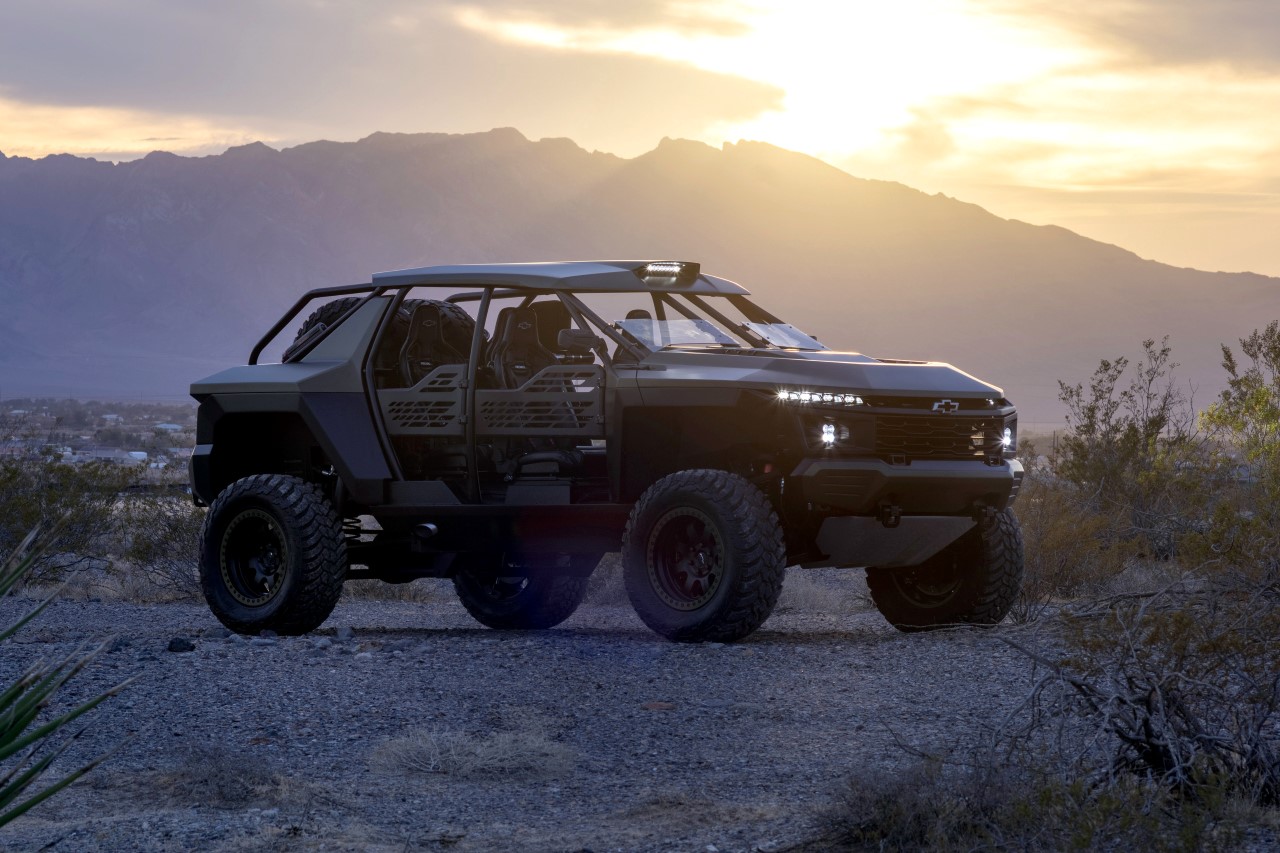 If done correctly, designers can create a very powerful tie between their products and their brand in a way that makes them instantly recognizable even…

Better than Skates or Skateboards; It’s Even Got Brakes

It’s not a half-baked attempt to tout a new Segway and neither is it replacing the rollerblades; StepGlider is in a league of its own….