By definition, a carabiner clip’s designed for securely clipping items to yourself, or even yourself to tethers. Carabiners are designed to be incredibly load-bearing, and they’re mostly relegated to heavy-duty military, construction, and camping equipment… the GPCA X Clip PRO makes the case that if a carabiner clip can allow you to tether yourself while rock-climbing, why can’t it also be used to securely hold your dog while walking outdoors? 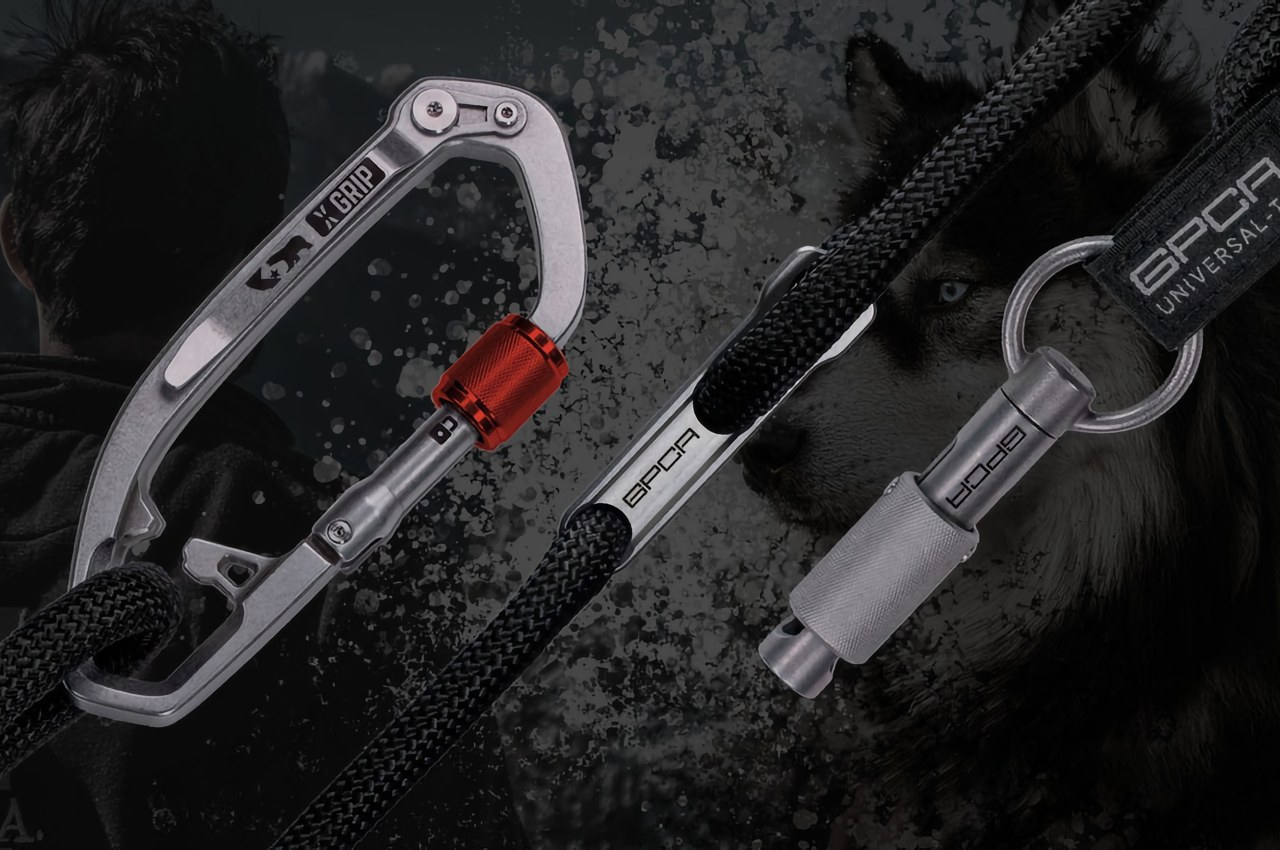 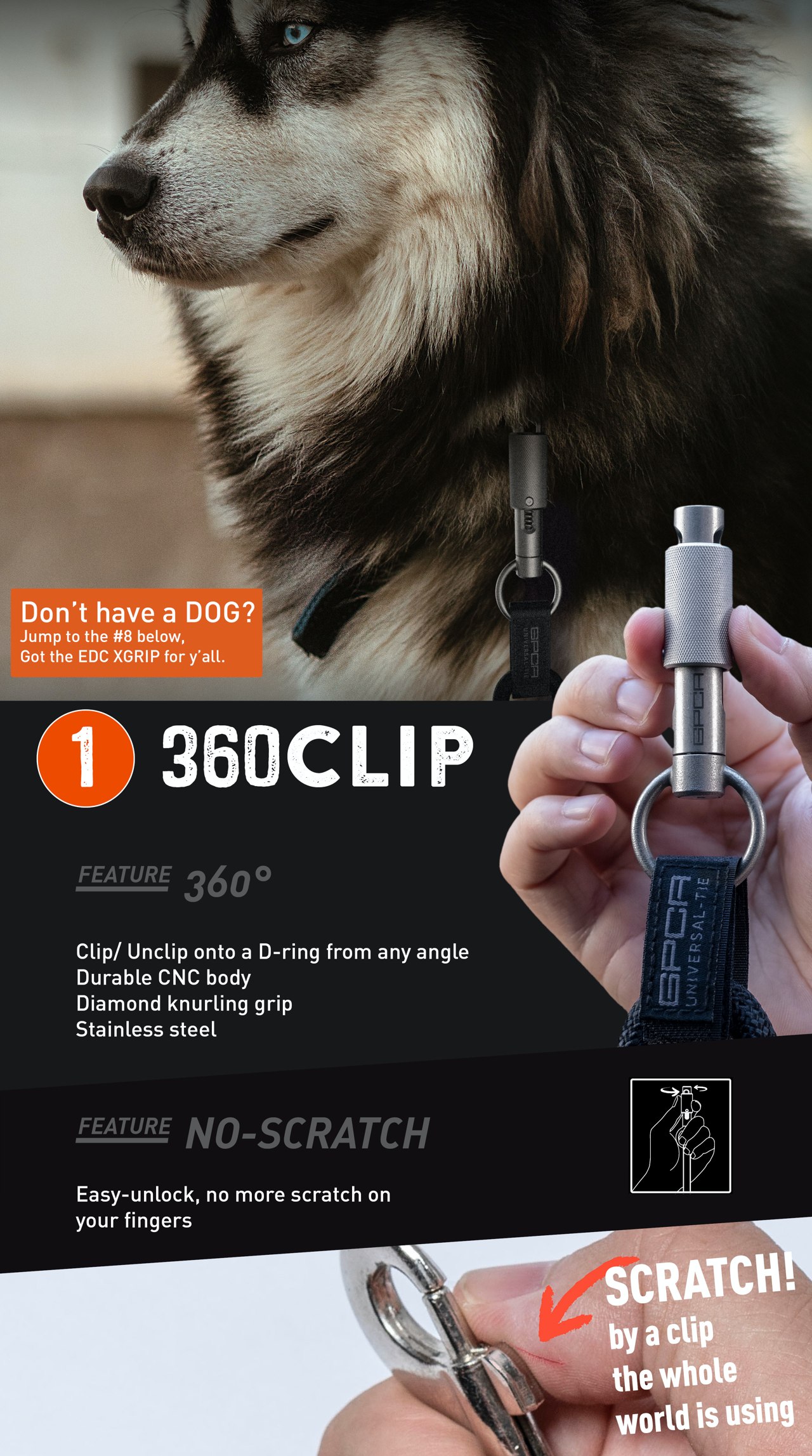 Designed as a heavy-duty carabiner-leash, the GPCA X Clip PRO is, well, for heavy-duty dogs. It comes with a CNC-machined 360clip that easily clips onto any dog collar or harness, offering a better user experience than traditional clasps, which are fiddly and fragile at best. The 360clip is thicker and comes machined out of solid stainless steel. It clips onto any D-ring with absolute ease, and a diamond-knurled grip makes it easy to maneuver for humans, allowing you to slip it on or off with ease. The 360clip even supports a special no-pull leash looping formation, formulated via the GPCA team. By simply allowing you to loop the leash around the dog’s front legs before clipping it to the D-ring, the no-pull formation forces the dog to turn sideways every time they pull too hard against the leash. Perfect for larger dogs (although just as functional and aesthetically suitable for smaller, cuter pooches), this no-pull formation disables their ability to forcefully tug on the leash, giving owners control over their excitable pets! 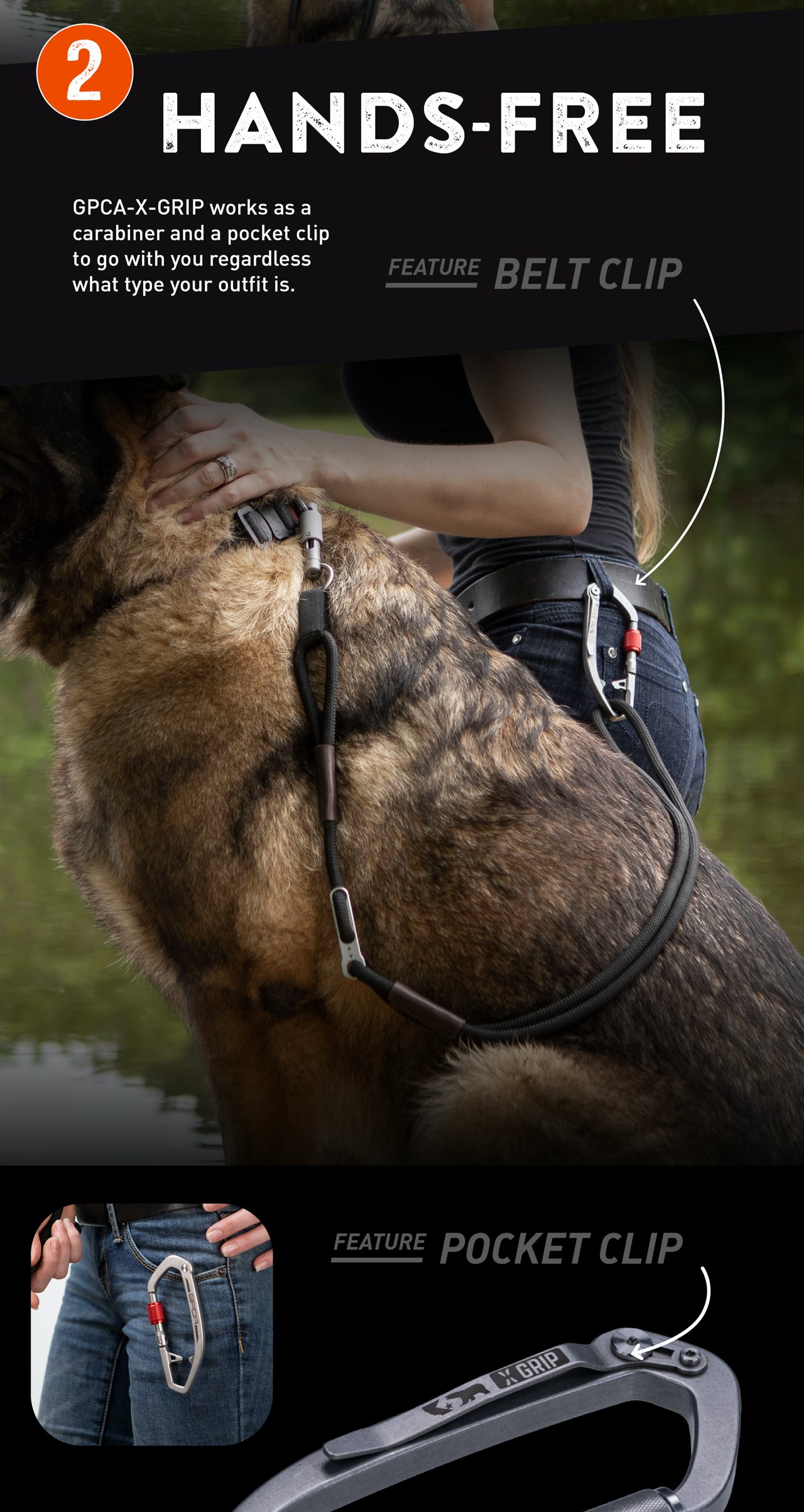 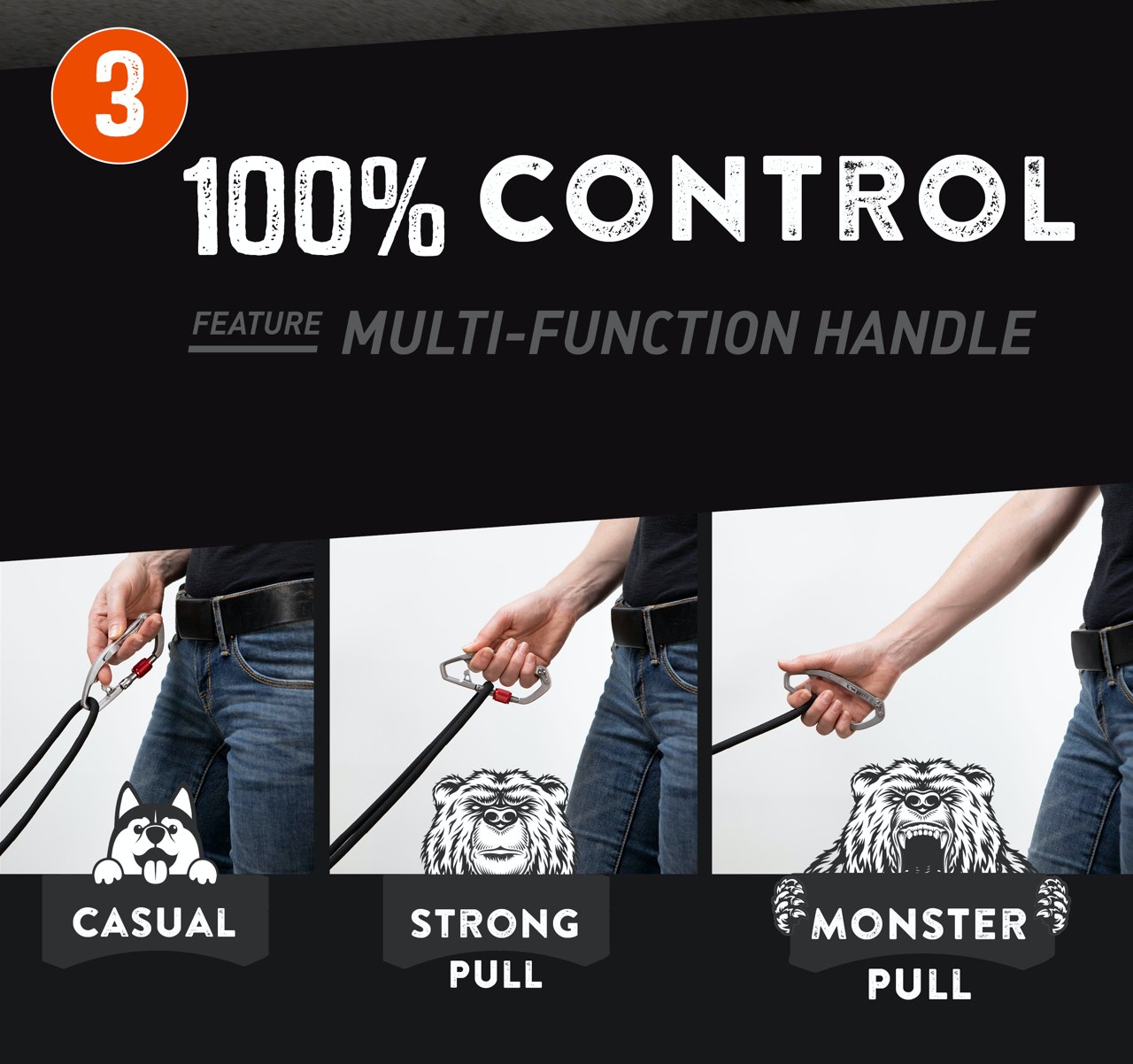 On the other side of the leash is the carabiner, designed and proportioned perfectly to fit right into the hand and serve as a high-tension handle. The carabiner can easily clip onto poles or your bike’s handlebar (or even around the leash) to secure the pet when you want, and can be used as a handle while walking your dog. Its design is perfectly grippy and can be held in one of three ways, depending on how big or strong your dog is. For smaller or gentler dogs, the carabiner can be held or even secured to your belt loop, or even your pocket via a pocket clip. With larger, more powerful dogs, the carabiner itself can be gripped within your palm, giving you the perfect grasp to ensure that you don’t accidentally let go of the leash as your dog tugs on it. What’s convenient about the carabiner is that it isn’t even limited to a single dog leash. Just open it up and slide multiple leashes in, and you’ve got a single grip to tether all your dogs… you could even chuck your keys or poo-bag-holder in for good measure. 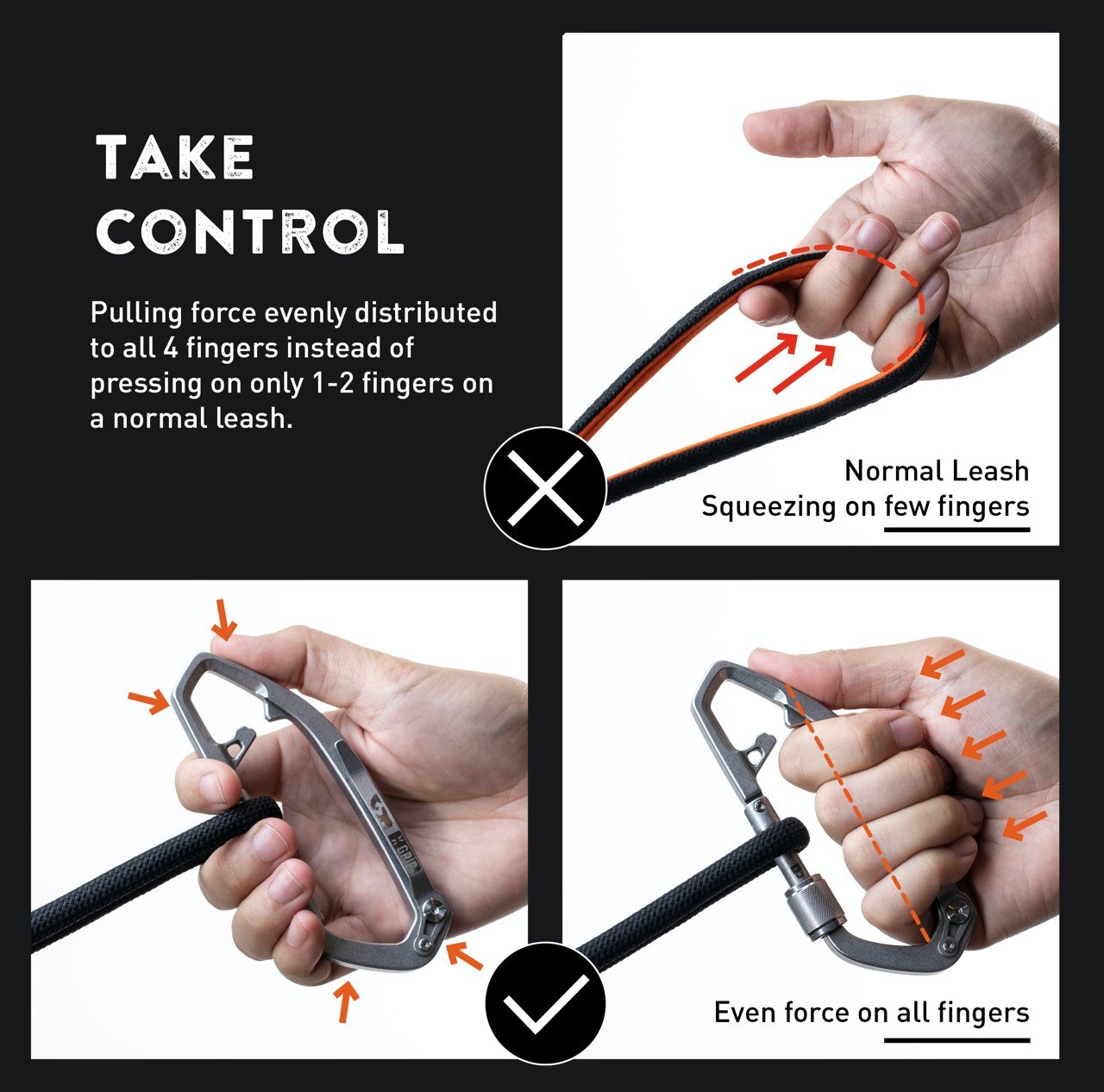 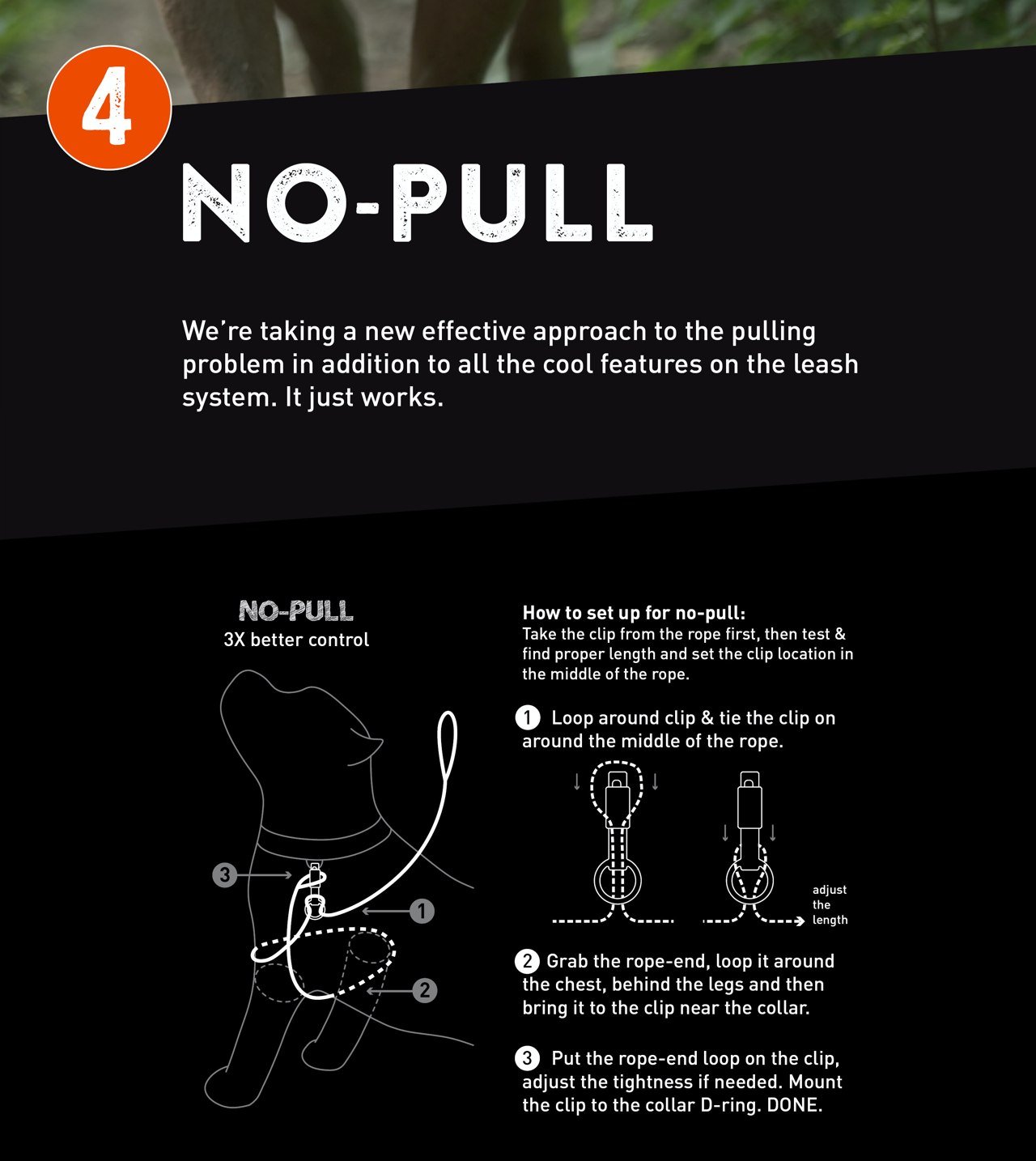 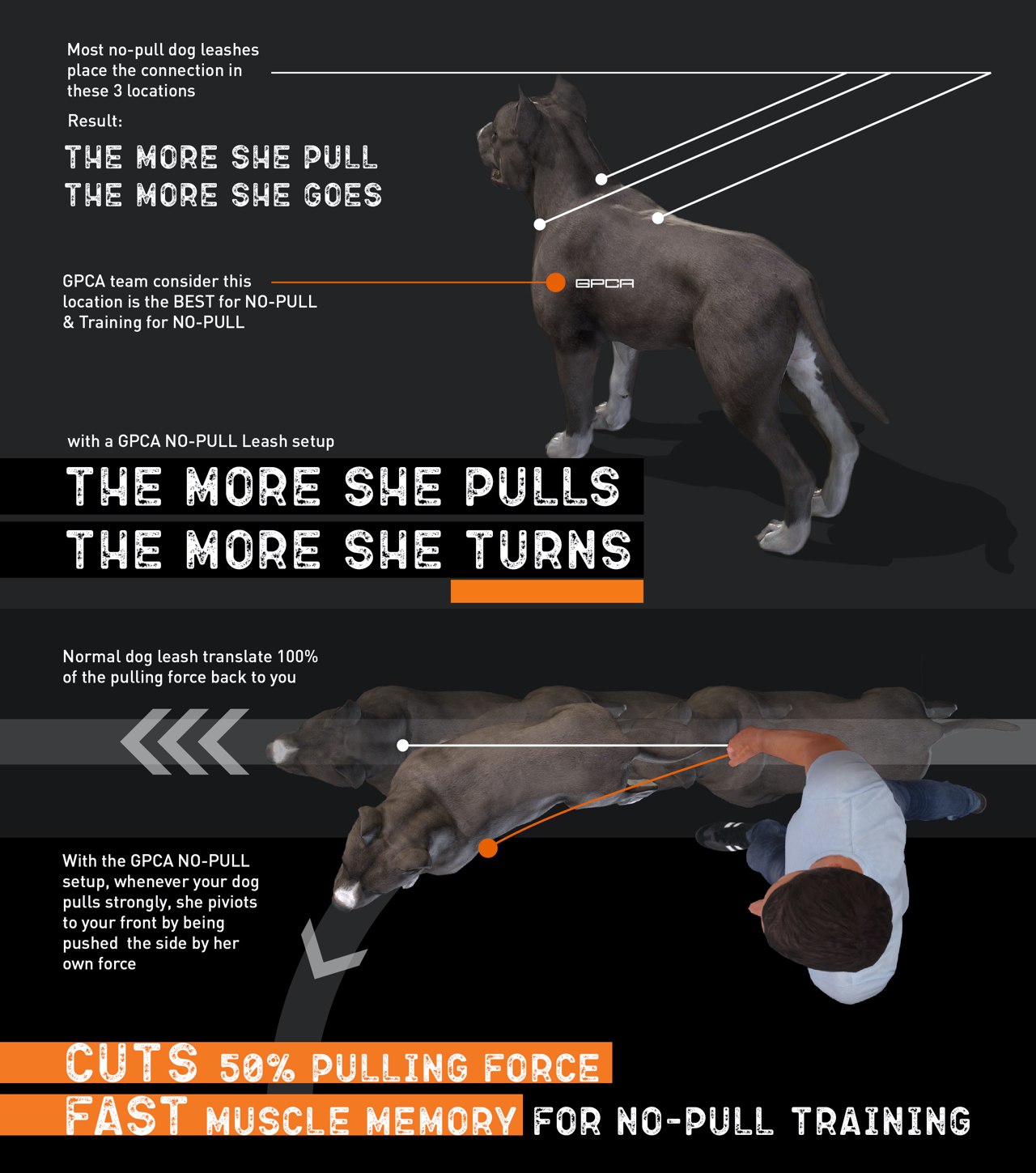 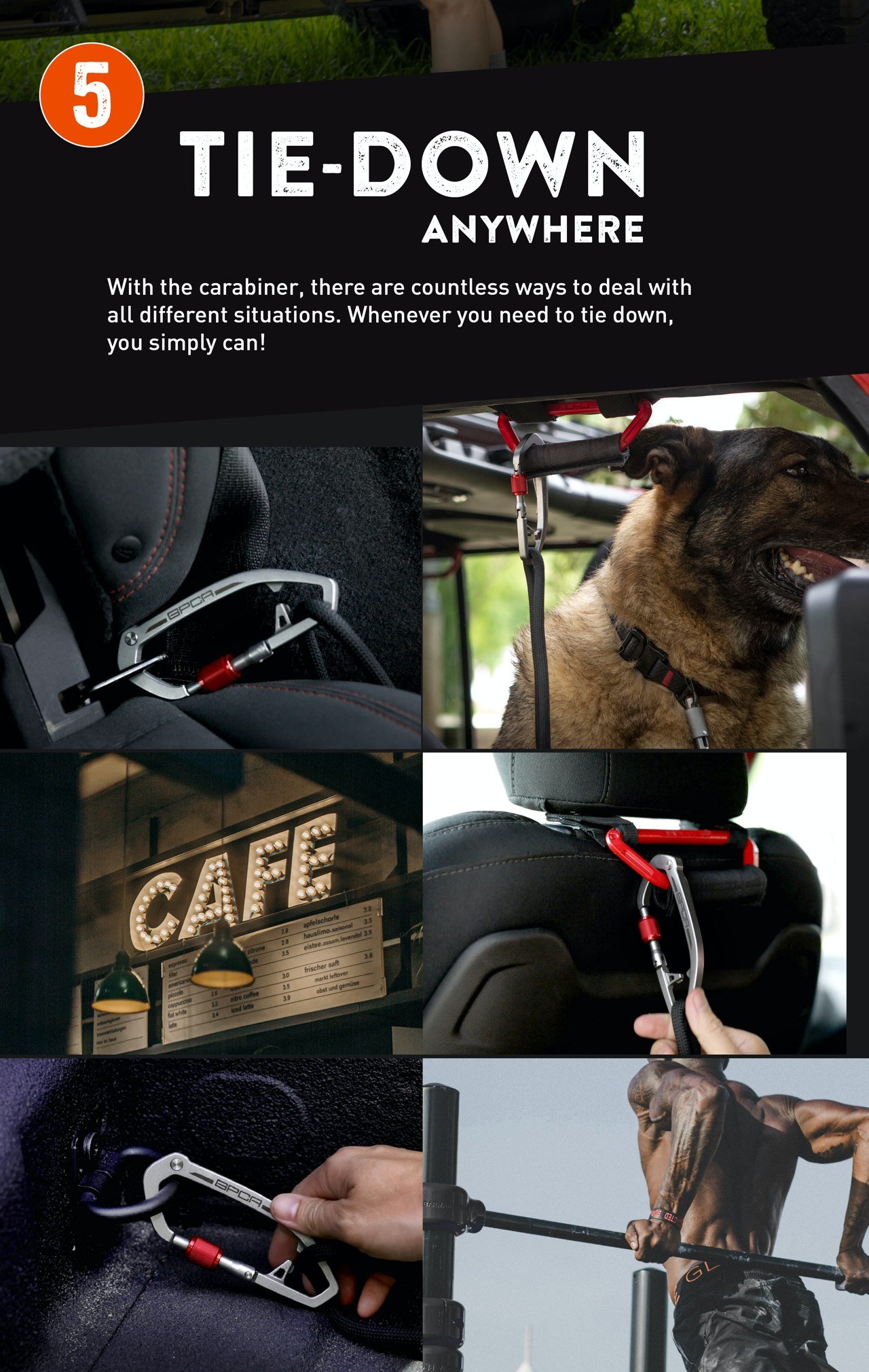 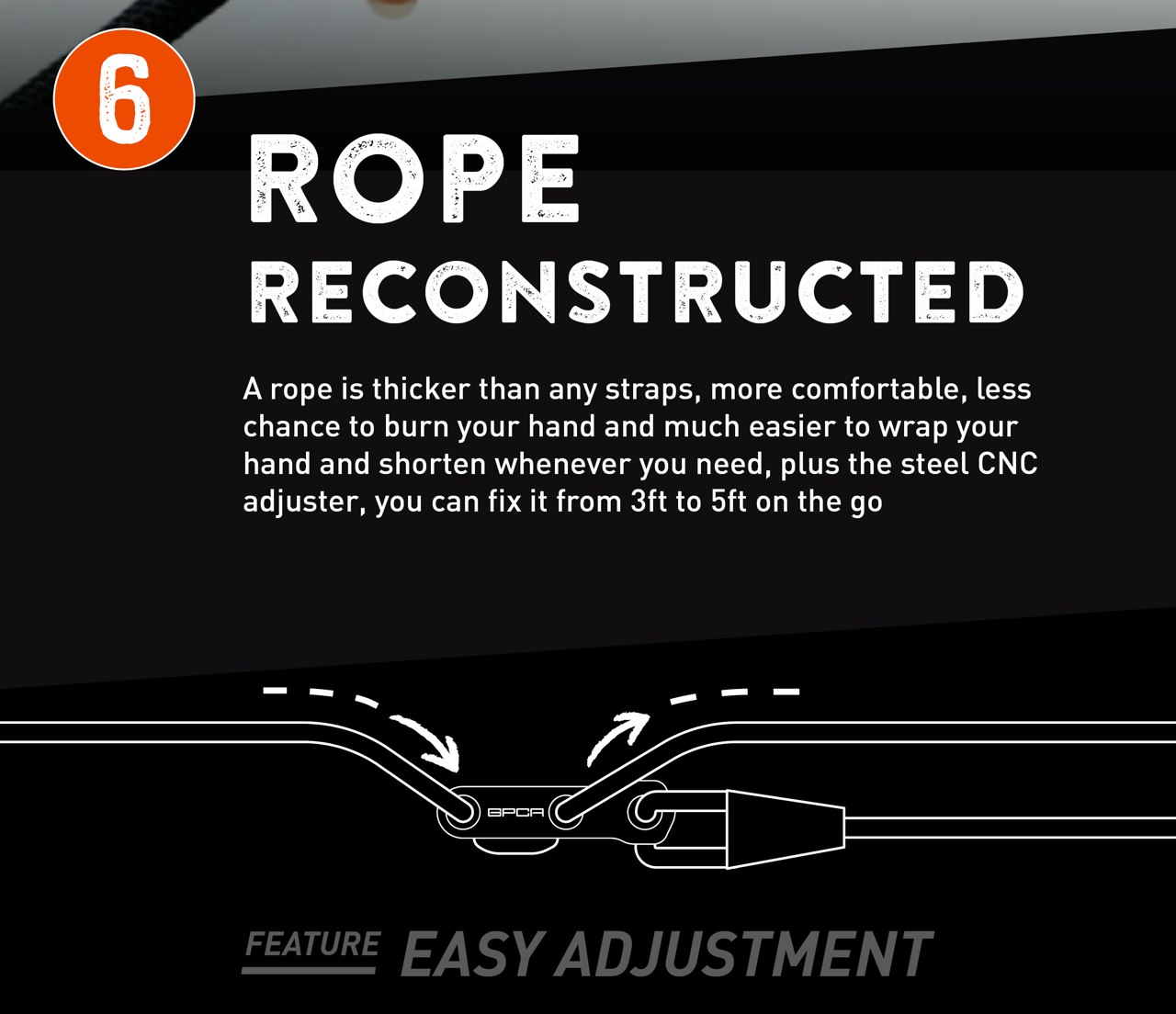 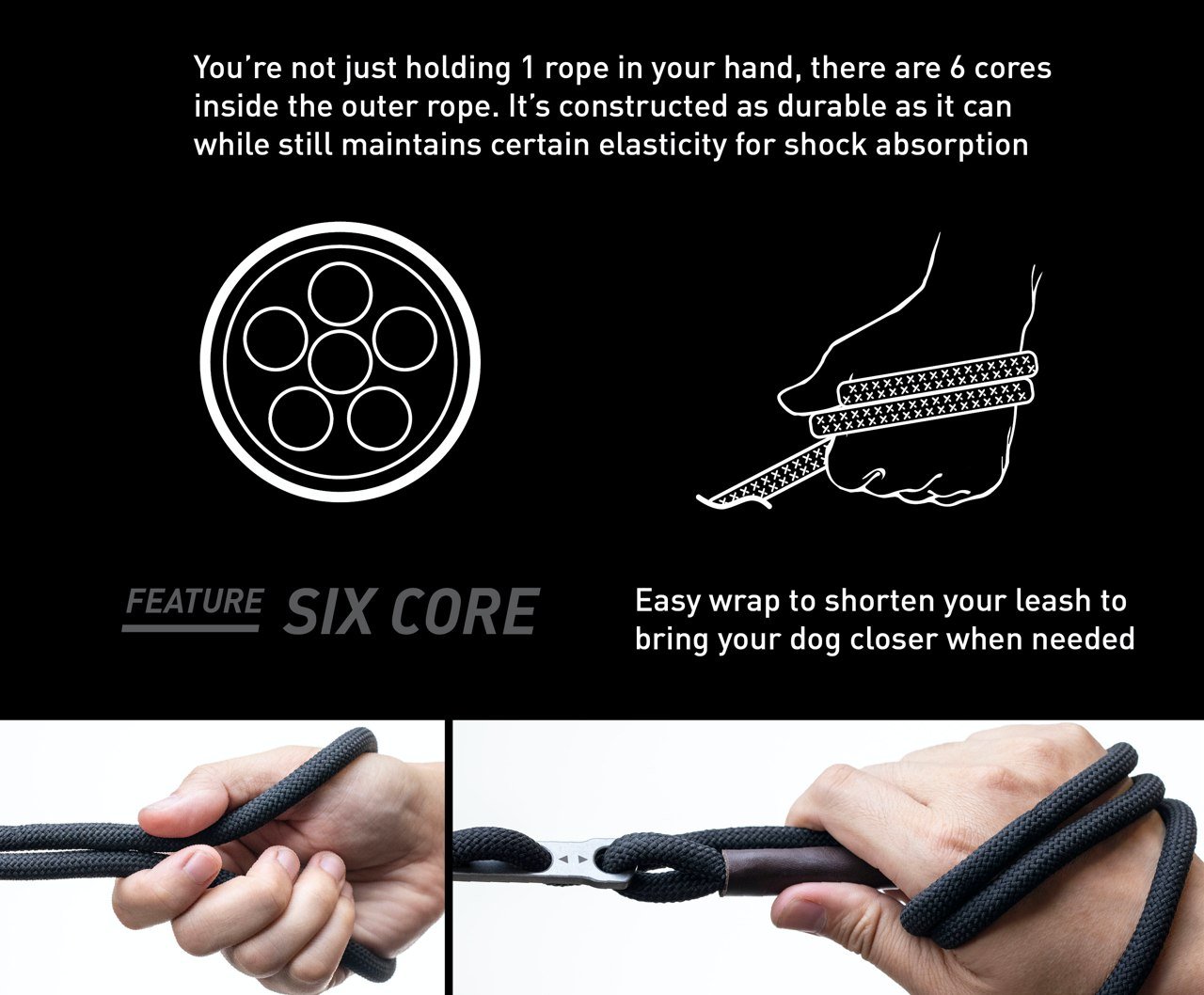 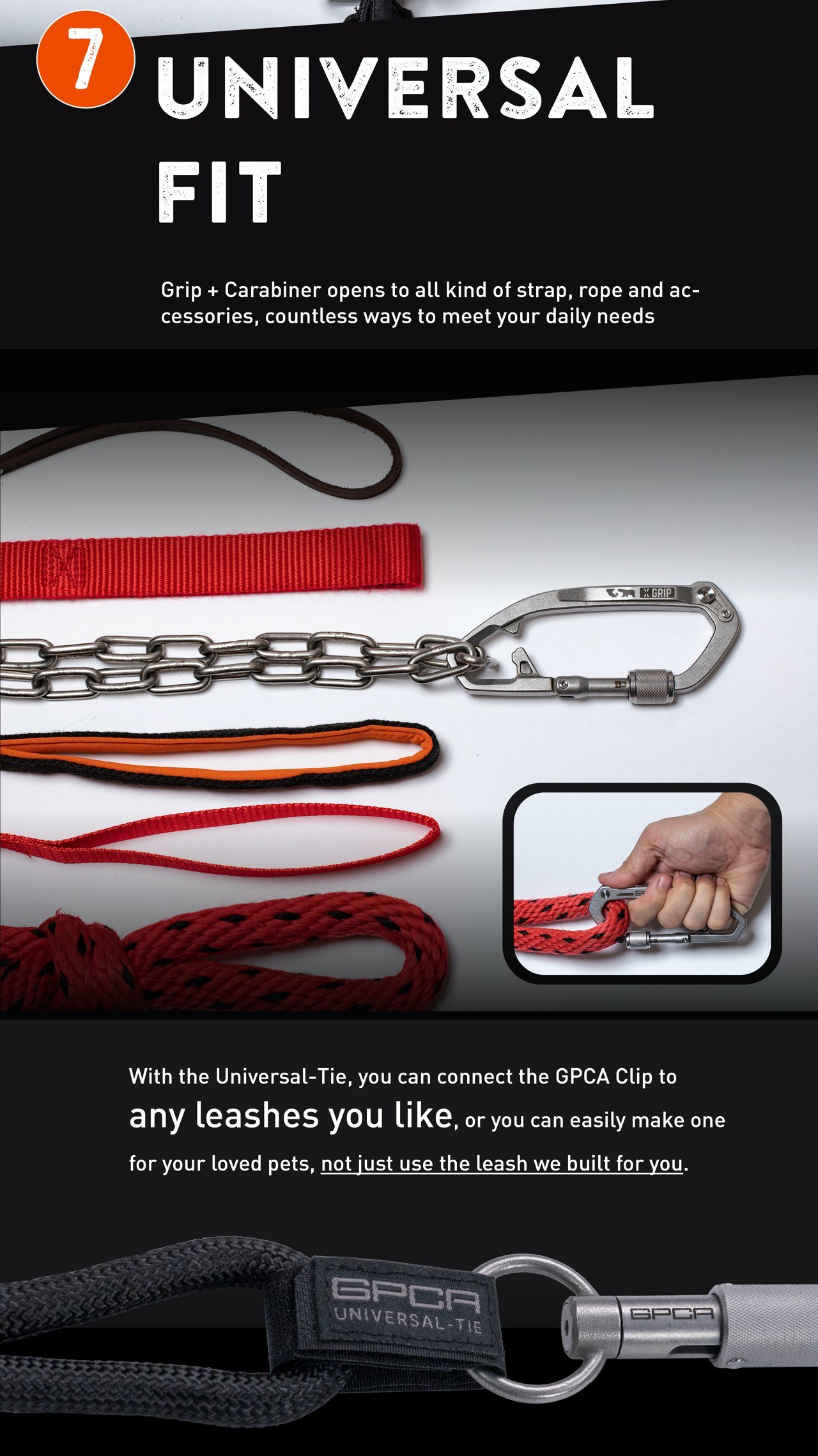 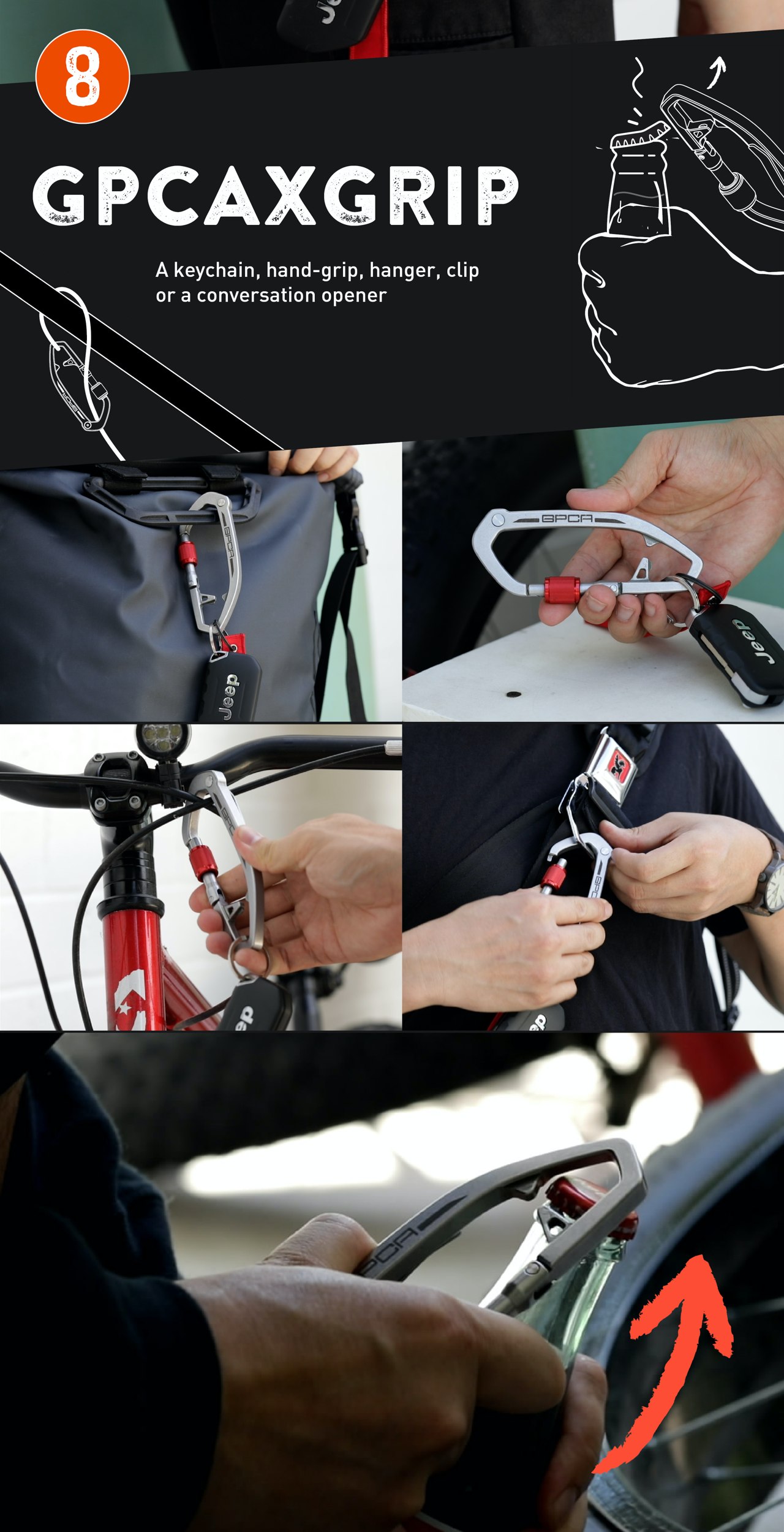 The GPCA X Clip PRO’s carabiner comes machined out of either stainless steel, or infinitely stronger titanium. Either of the variants give the carabiner the ability to take 400 lbs of force, allowing you to easily reign in even the most brutish of dogs without worrying about a leash digging into your skin, or snapping apart because of your large dog’s tugging ability. Given how versatile and universal the carabiner is, you could use it for other things too, while camping, trekking, or even carrying things around (it isn’t rated for climbing, FYI)… and perhaps my favorite part about the carabiner’s design, a tiny detail that allows it to even open bottles with ease!

Sitting between the carabiner and 360clip is the GPCA X Clip PRO Set’s rope leash. Thicker than flat-woven leashes, the rope is akin to the kind of paracord of tethering cord used in camping, rock-climbing, and even military rappelling. It’s measurably stronger, much more comfortable, and comes with a nifty adjusting mechanism that lets you easily adjust the length of your leash on the fly. 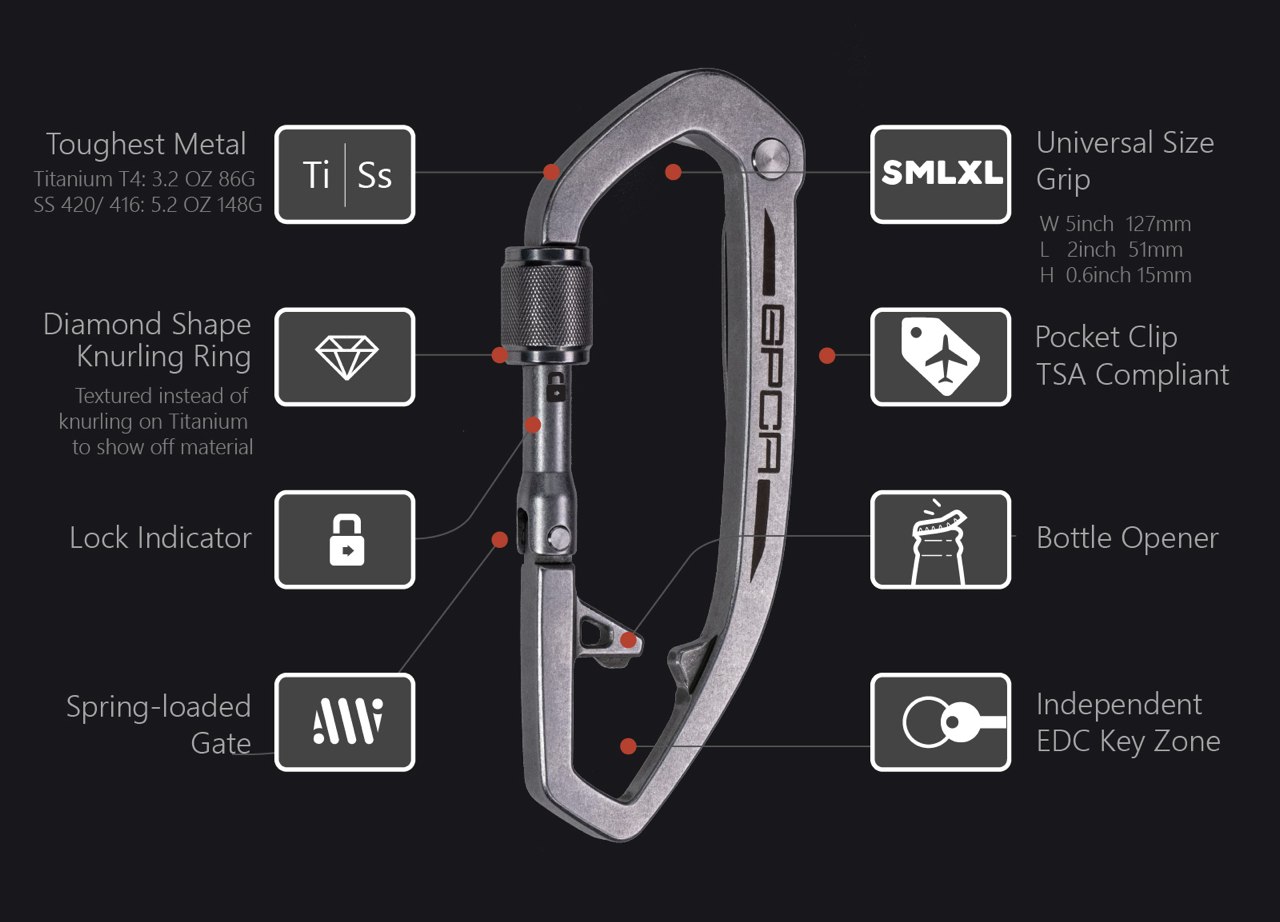 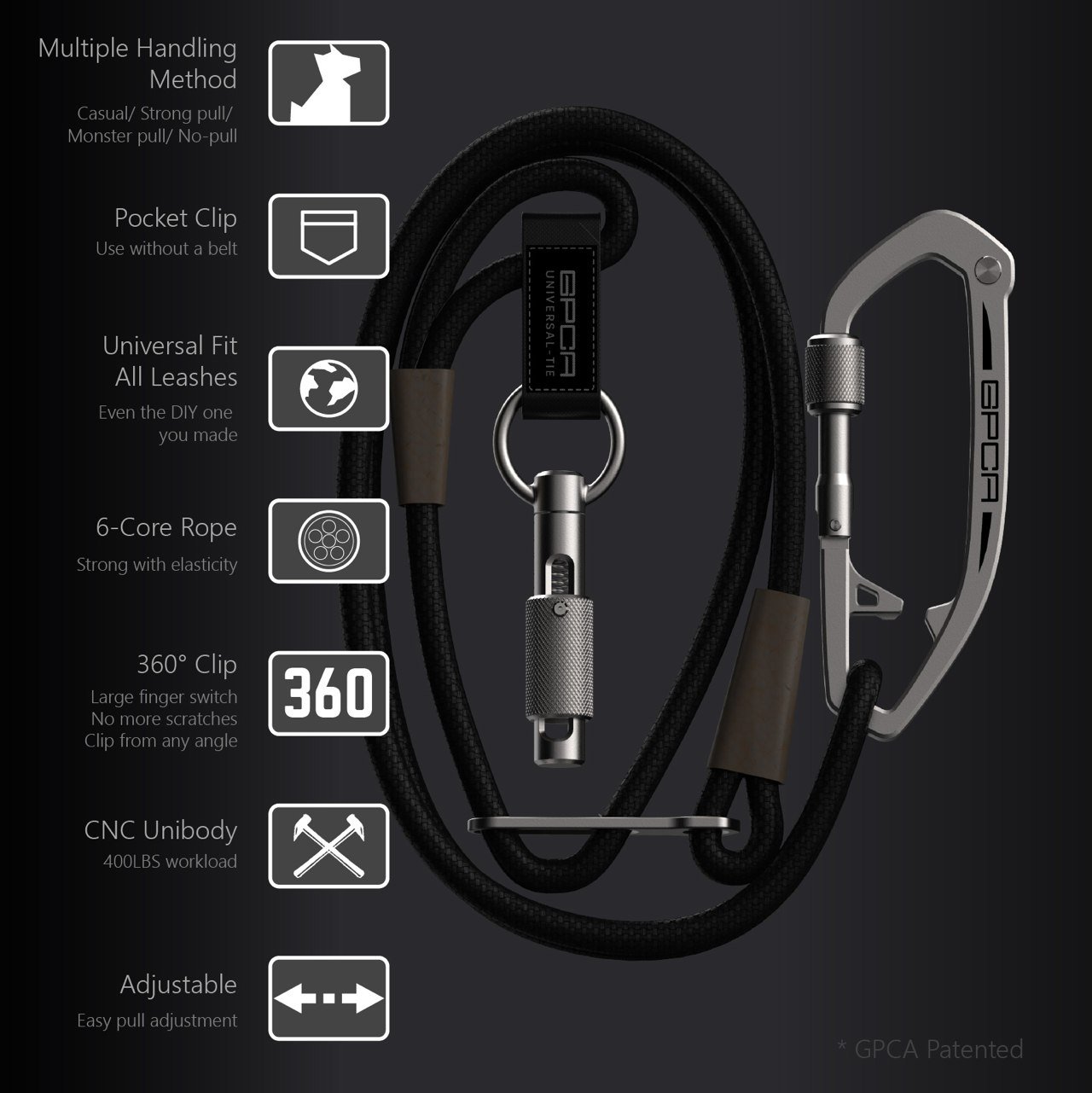 Every element of the GPCA X Clip PRO Set is designed as an upgrade to the current leash system… functionally as well as visually. The ruggedly designed EDC works well on its own, and allows you to universally use the clip and carabiner with other leashes too, letting you walk multiple dogs while easily gripping onto them. The carabiner clip can secure onto bike handlebars and car-handles too, or even around your belt-loop or a harness-jacket, if you’re walking multiple dogs together. The metal clip and carabiner come CNC-milled and are designed to last for years, while the rugged rope-leash boasts a 6-core design and comes made from stainless-steel and polyester for high-durability and strength. It’s not often that we see a lot of pet-centric EDC here on Yanko Design, but the GPCA X Clip PRO Set definitely sets the standard extremely high!

When you look at the Ten desk, the first thing to grab your eye is that it looks a little off. It looks like it…

Look at the irony in nature, the very same river that quenches your thirst turns into a toxic monster once it floods your city. The…