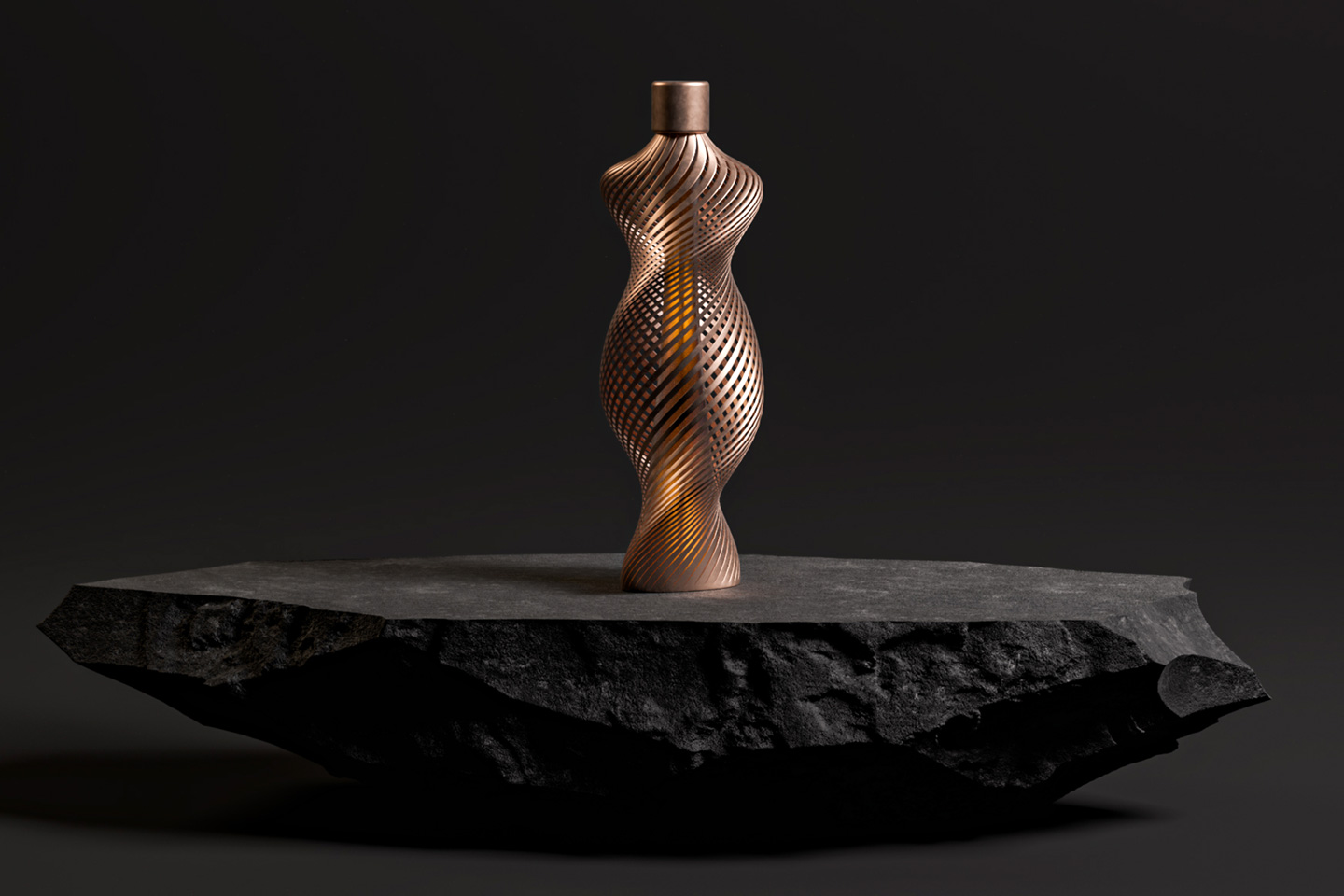 Getting its name from the Egyptian word for beauty, the Nefer perfume bottle embodies sheer elegance on the inside and out. The bottle’s design is derived from the curved lines of the female figure (possibly as an ode to the ancient Egyptian Queen Nefertiti), and comes with an organic skeletal design that could only be fabricated using 3D printing. In fact, Nefer’s design reminds me of Ross Lovegrove’s 3D printed line of fragrances, created in collaboration with Formula 1. 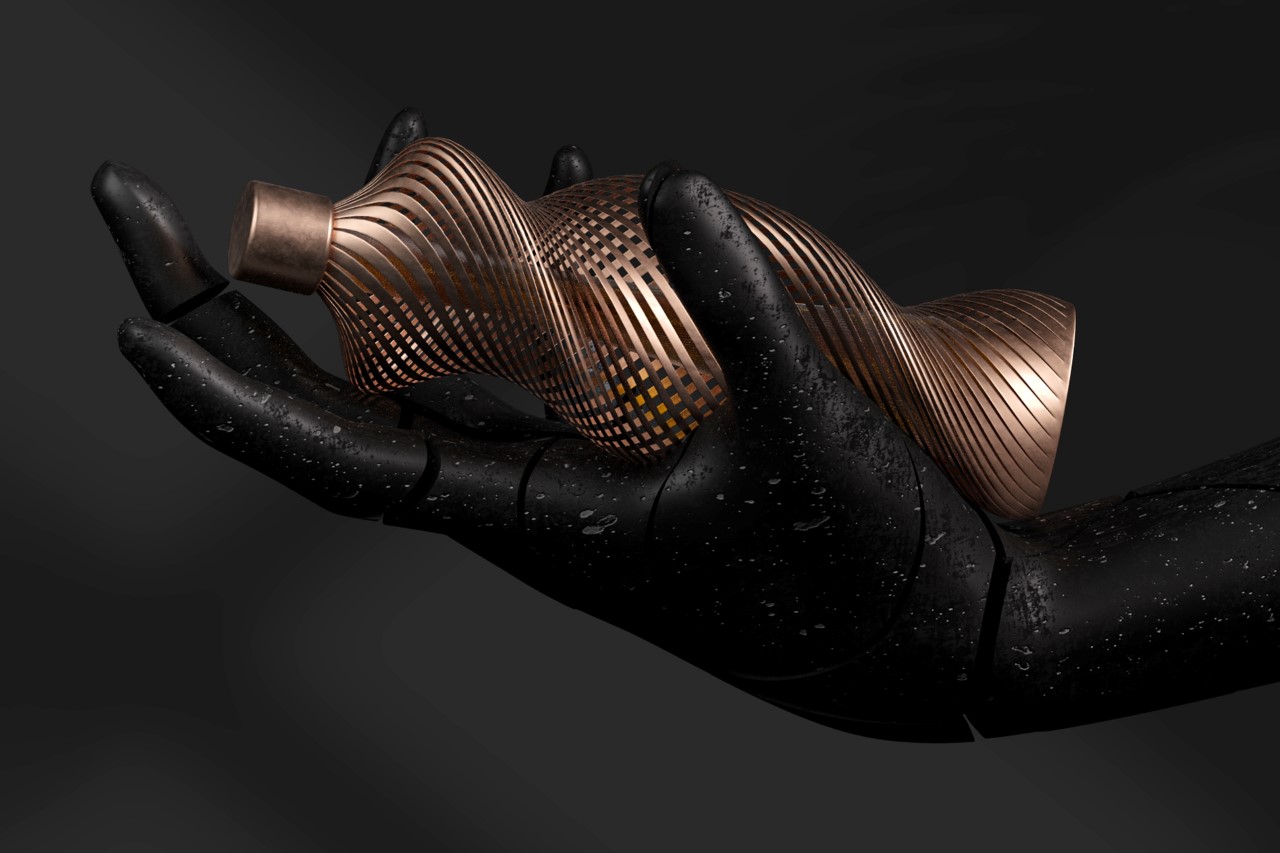 The bottle’s intricate design comes with a sculptural exterior and an interior that contains the liquid fragrance. Given that 3D printing isn’t a conventional form of mass manufacturing (and also removes various design constraints), it made sense for the Nefer to showcase a luxurious bottle design that used 3D printing in a bid to look eye-catching but also exclusively limited.

As large as the bottle may look visually, it holds a mere 90ml (3 fl.oz.) of liquid in its inner chamber. While under most circumstances I’d call that wasteful, the more fitting characteristic term here would be opulence. 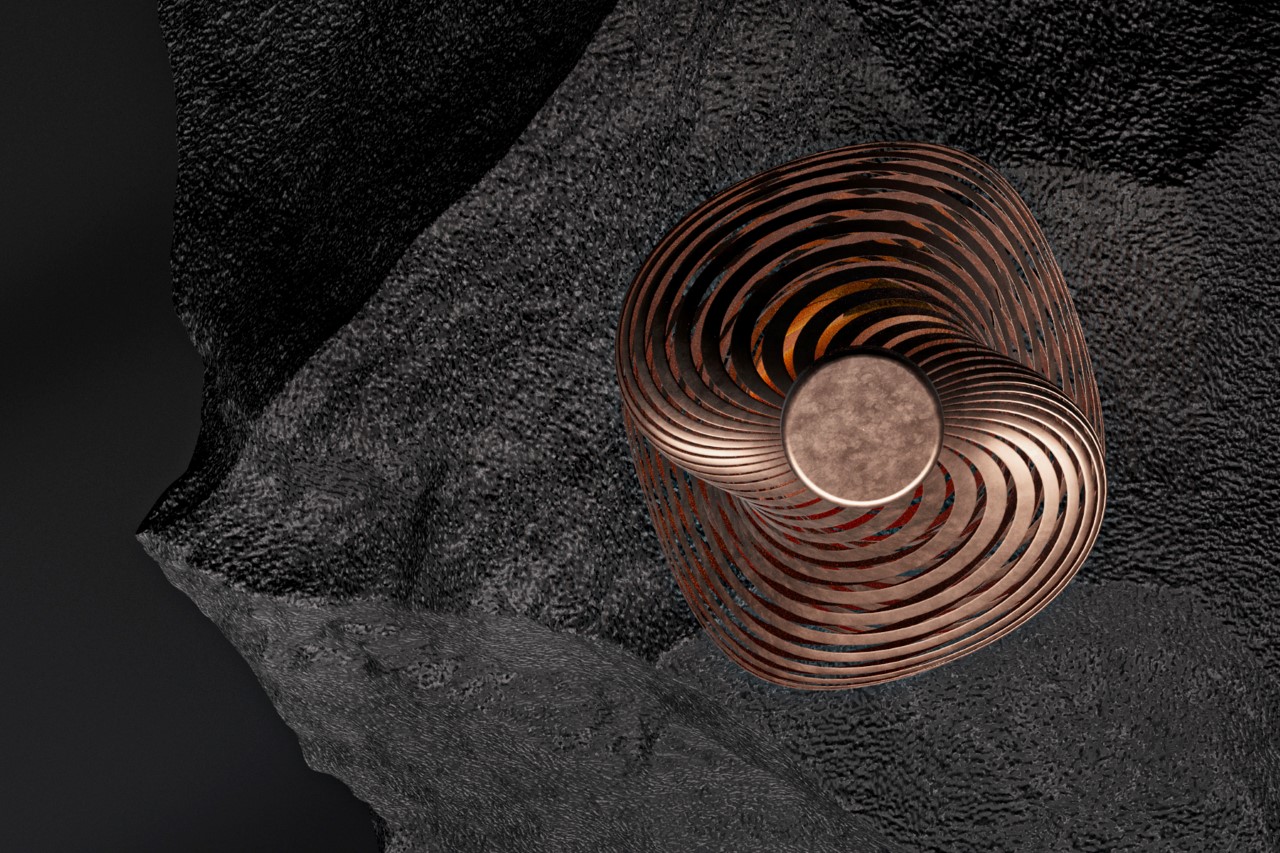 The Nefer perfume bottle comes in a decorative box that uses a combination of black and rose-gold to create an eye-catching visual contrast. Open the lid and it reveals the highly alluring bottle on the inside, set within a specially formed inner chamber with the bottle’s negative form, allowing the bottle to snugly fit inside it. Ultimately the bottle doesn’t come with any branding of its own, although designer Amr Ibrahim Mousa believes that the bottle’s iconic design is enough to serve as its visual branding.

The Nefer perfume bottle is a Silver Winner of the A’ Design Award for the year 2021. 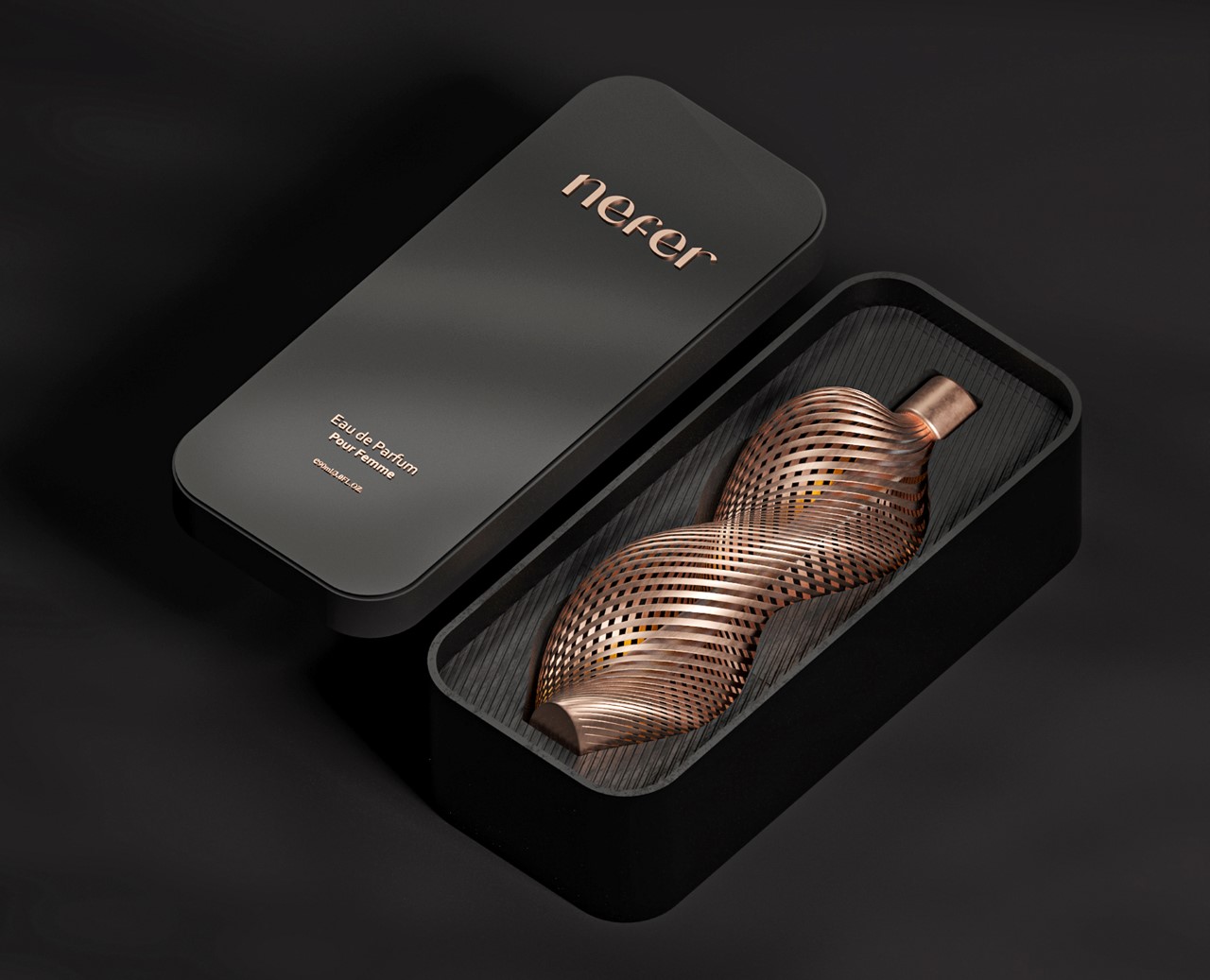 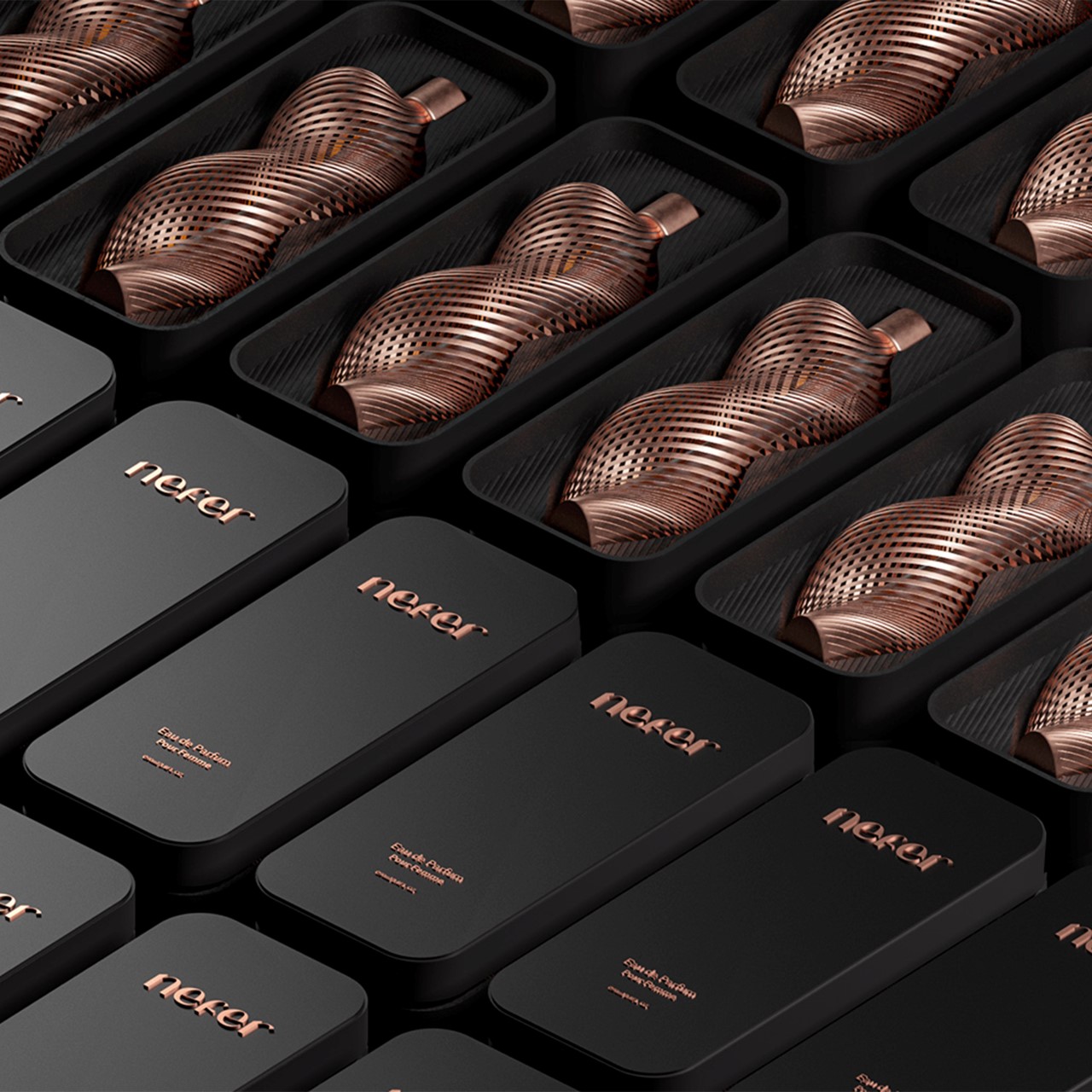 One Large Envelope for your Shoulder

This shoulder envelope, cleverly titled “Envelope Bag” and designed by Lee Weilang of MEGAWING, is approximately W9.8 x L13.4″, made of leather and polyurethane, and…

Influencer-friendly product designs that content creators will swear by!

Pinch of Salt by Craighton Berman

Kosher salt– an additive-free salt with a flaky texture and a clean flavor– is typically kept in a large open vessel next to the cooktop,…

You never really know what sort of curveballs the year 2020 can throw at you. I mean we’ve had forest fires, a pandemic, murder hornets,…