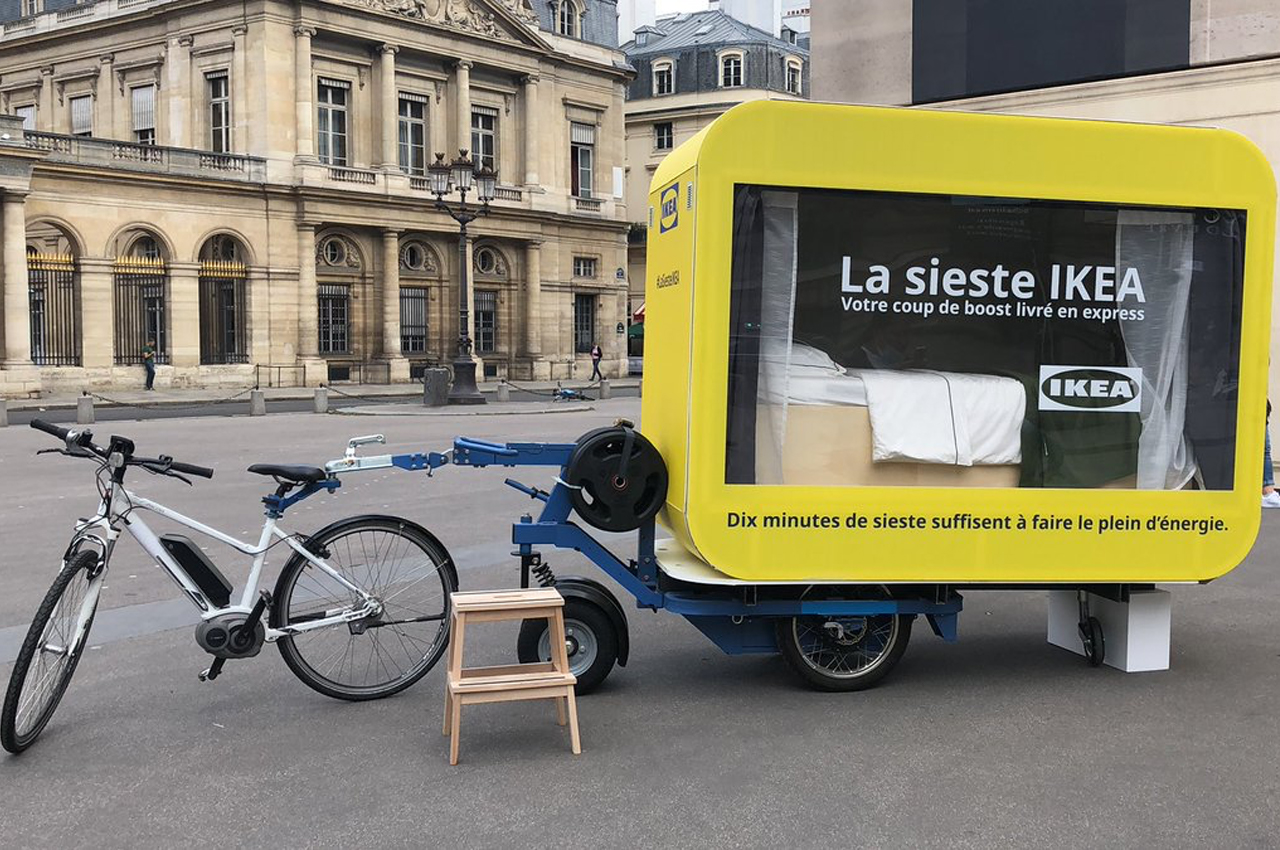 La Sieste is an outreach project from IKEA that makes up a fleet of cargo bikes that carry sleeping capsules for people to take naps in while cyclists cart them around the streets of Paris.

We could all use a nap. The pandemic has changed our relationship with sleep and many across the globe experience sleeping issues as a result of the quarantine. According to a SleepStandards study, 98% of people in the US have developed new sleep problems post-lockdown. Thankfully, we can always nap and IKEA’s got our back. Hitting the streets of Paris from August 30 to September 3, IKEA launched La Sieste, a fleet of cargo bikes that cart sleeping capsules with beds around the city where people can take power naps in before returning to work. 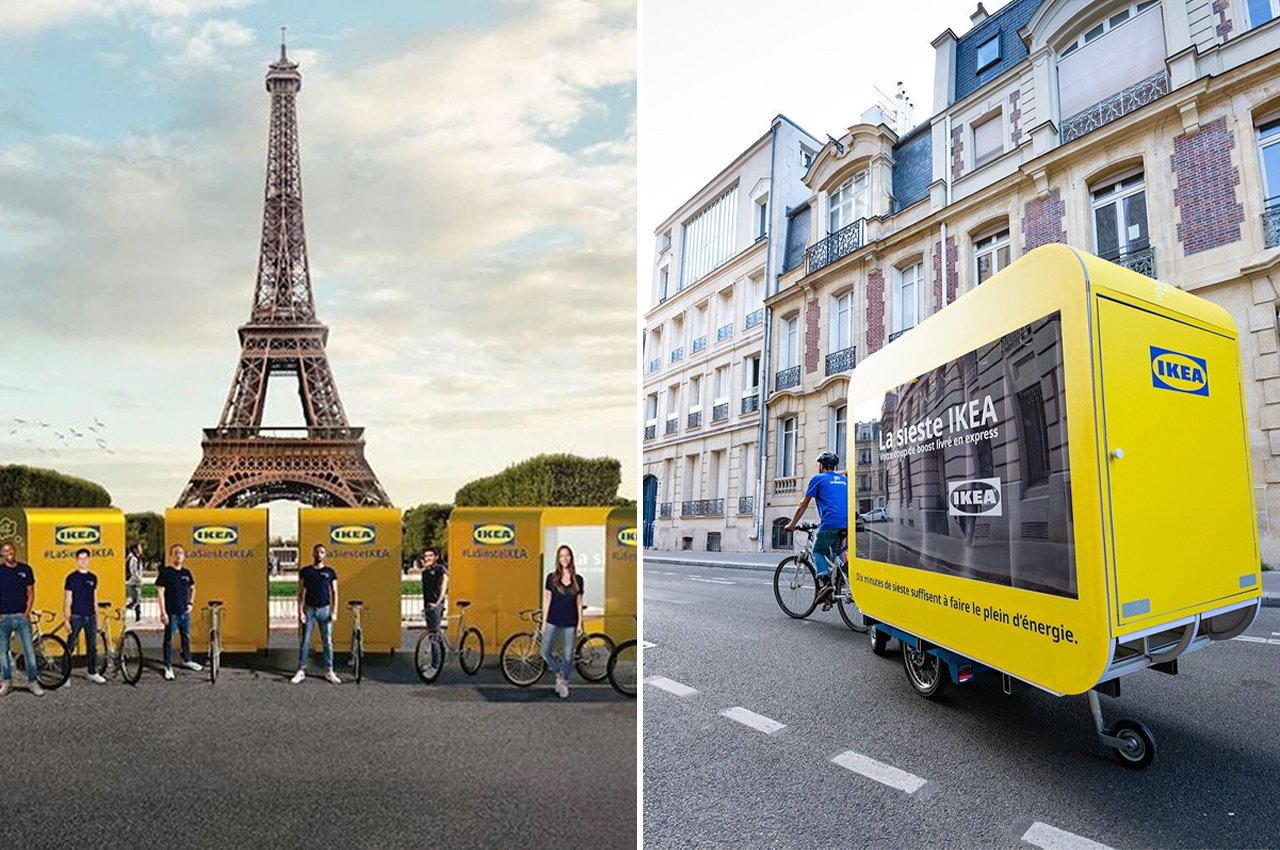 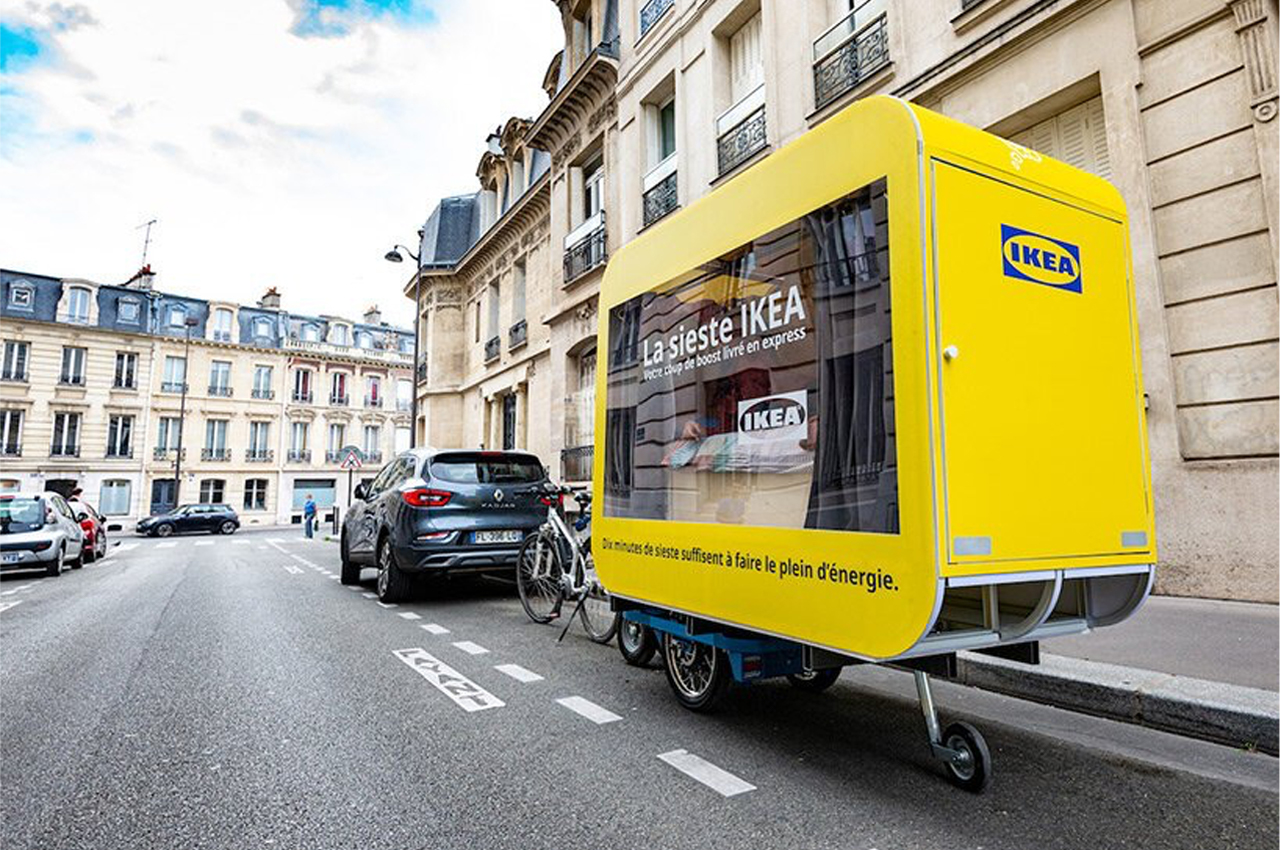 In the midst of semi-returning to the office, we’re tired. Today’s workspaces have moved to the home and the lack of certainty around when we’ll be fully returning to the office is hanging us in an exhausting limbo. This newfound lack of sleep across the globe seems to be both a cause and effect of lifestyle changes brought on by the pandemic. Part-marketing strategy, part-wellness boost–IKEA’s La Sieste bike fleet will comprise of sleeping capsules outfitted with IKEA furnishings, such as a mattress, cushions, sheets, duvets, curtains, pillows, and bed frame. Nappers will have the option of blacking out their IKEA La Sieste capsule with heavy curtains or leaving the curtains pulled back for a brief, 30-minute micro-tour of the avenues in Paris. 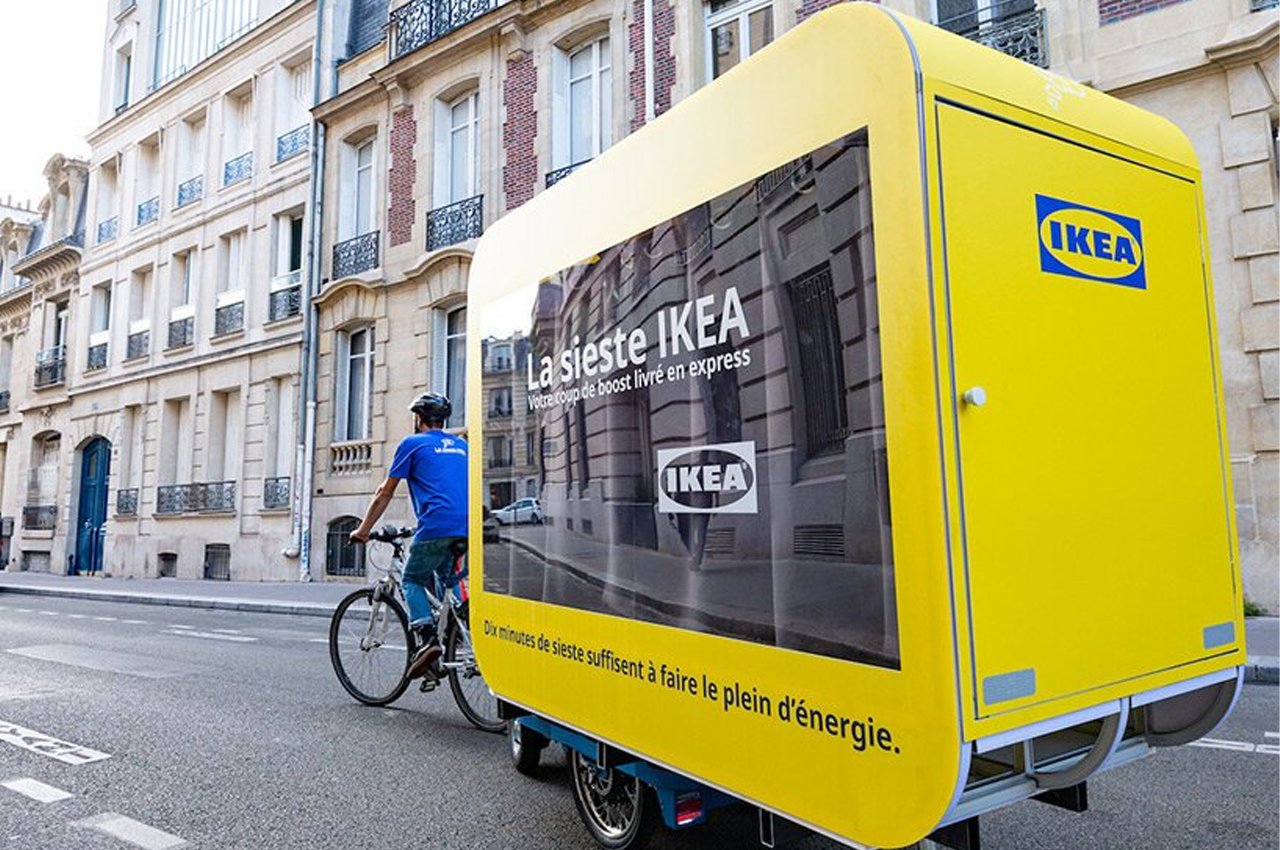 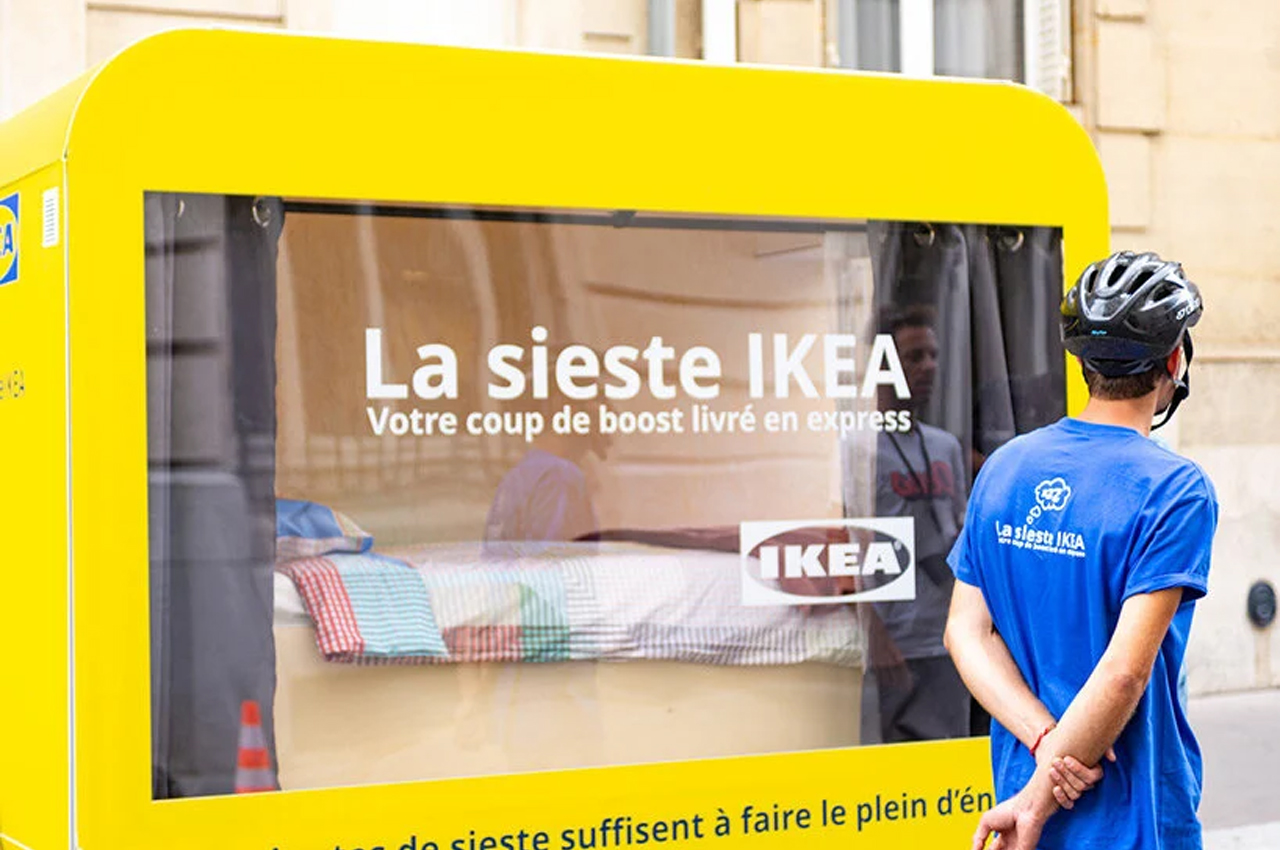 When the itch for a nap comes, don’t yawn it away–take a trip around Paris in one of IKEA’s La Sieste sleeping capsules. Nappers will only have to post to their socials by mentioning @IKEAfrance on Instagram or tweeting @IKEA_france on Twitter with the hashtag #lasiesteIKEA. From there, a cyclist will slide into your DMs and confirm your nap before picking you up to catch some Zs. 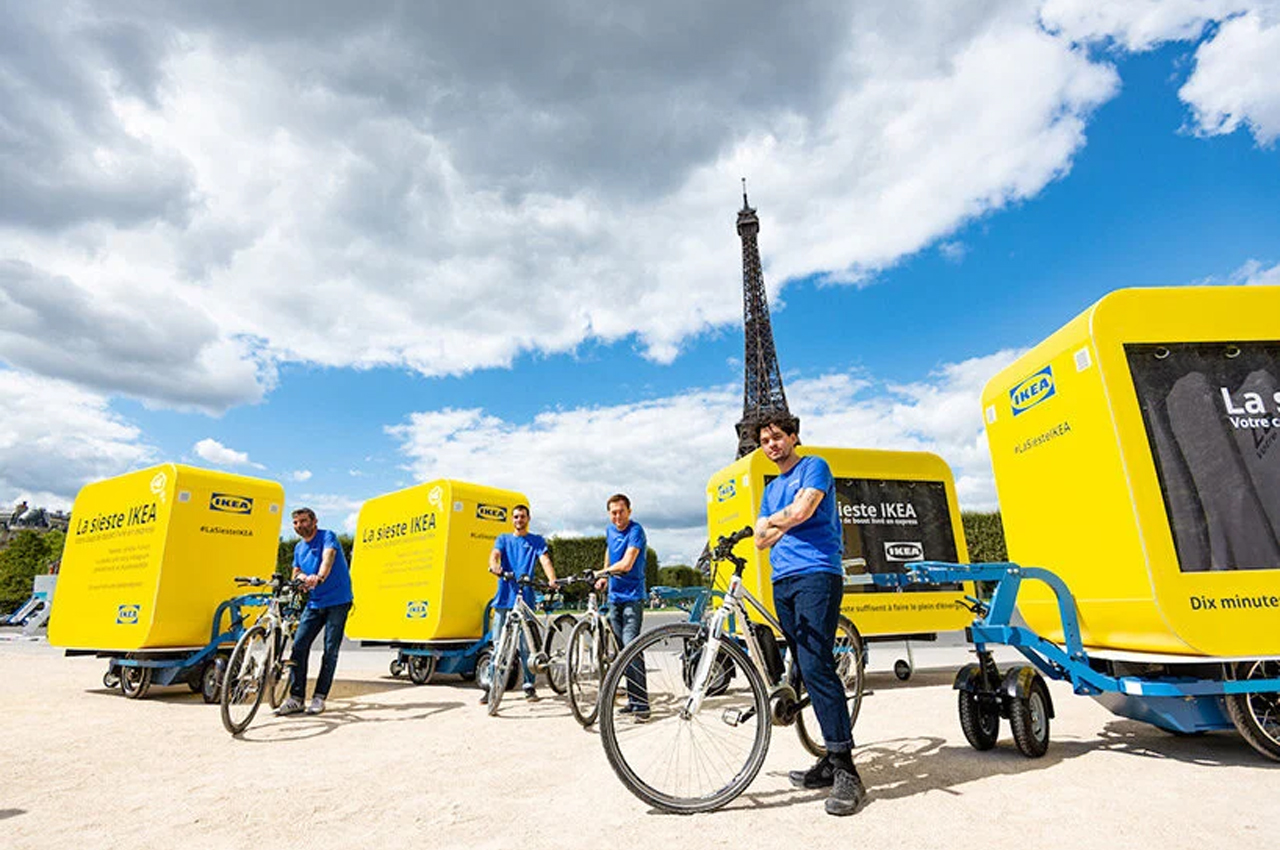 La Sieste will hit the streets of Paris on August 30 where they’ll remain until September 3. 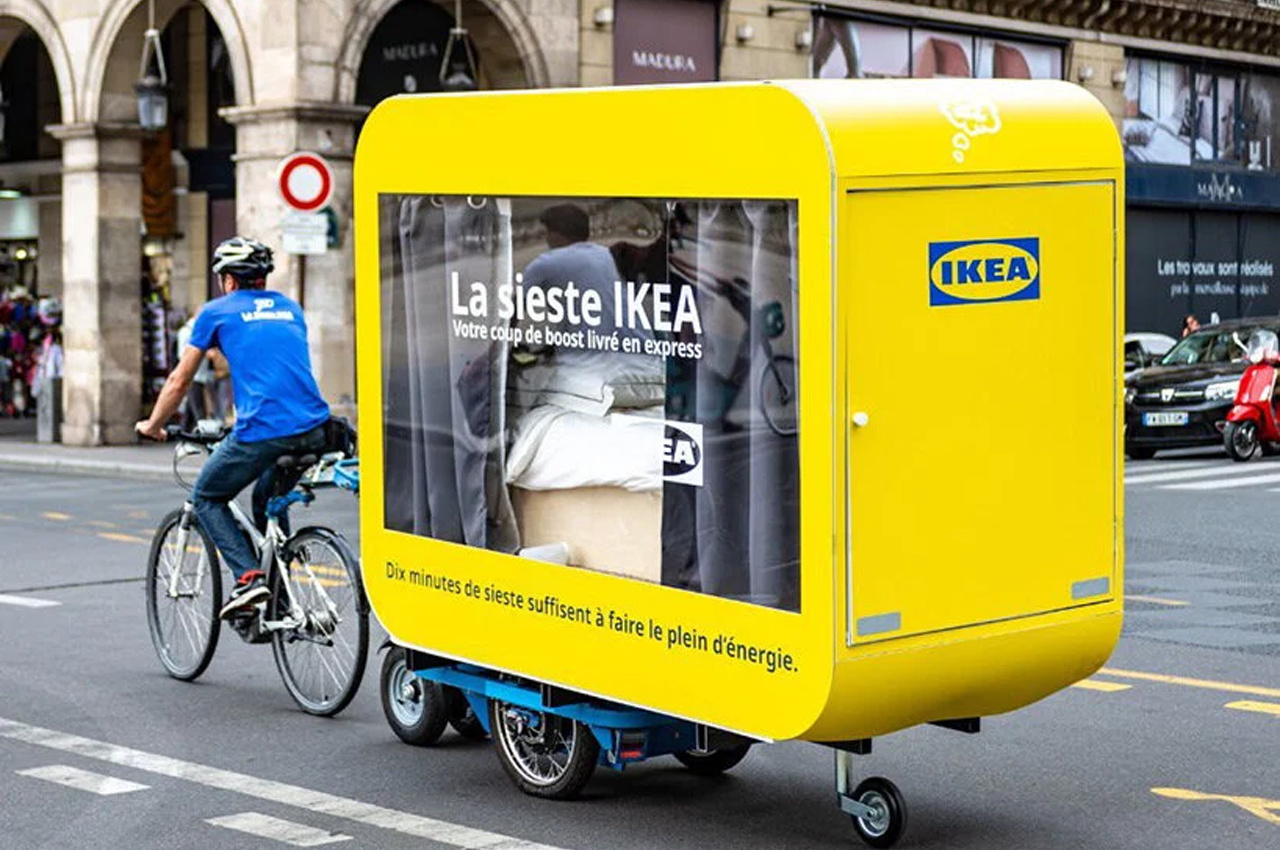 Nappers will Catch be limited to 30-minute sleeping journeys. 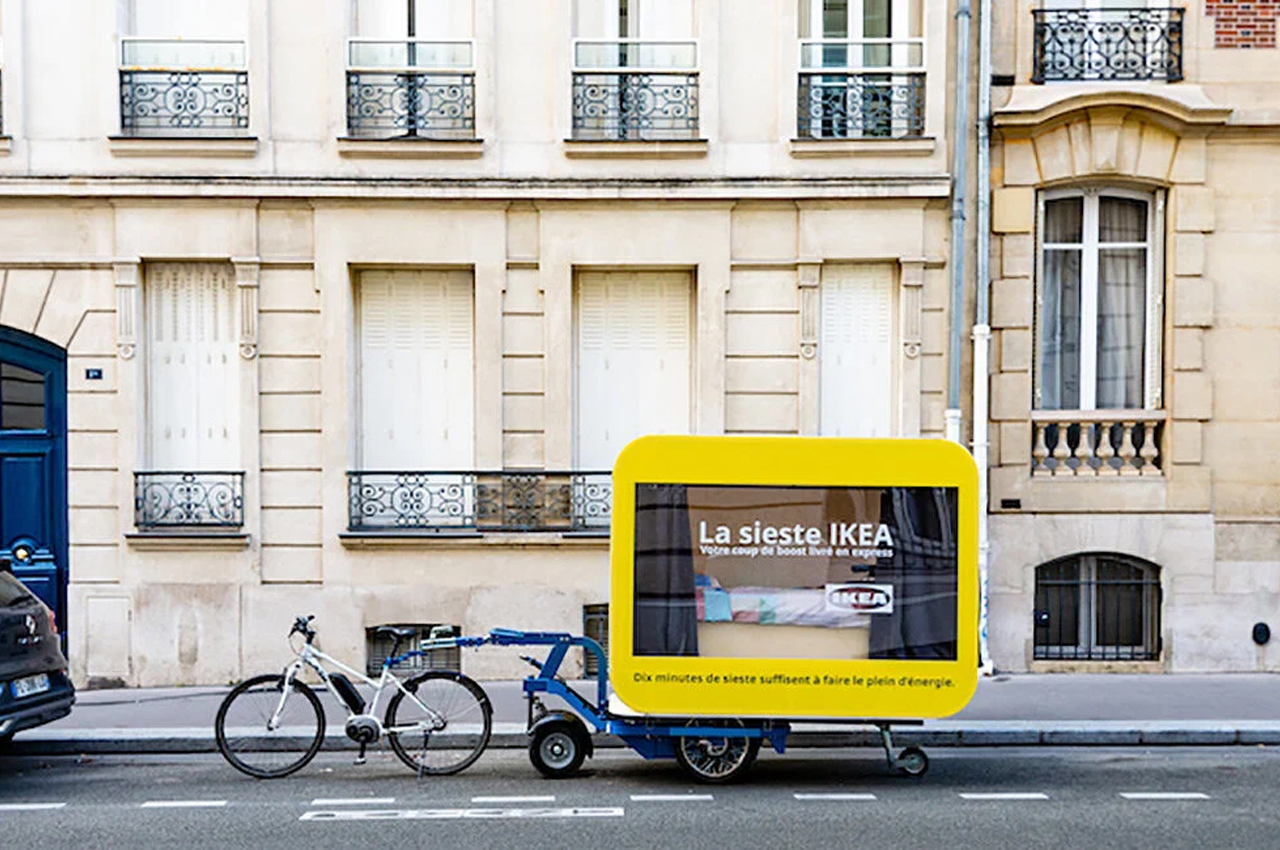 Catch some Zs by tweeting @IKEA_france or mentioning @IKEAfrance on Instagram.

How Well Do You Rank?

The popular A’ Design Award has just announced their World Design Rankings of countries. The numbers were crunched based on the number of design awards…

It’s the lull right after Christmas and before the New Year’s frenzy; the perfect time to get hold of those projects and submit them to…

Two hands, one bike (or buggy, or wheelchair, or stroller) and loads of things to carry, including a sippy cup and soda can! How will…