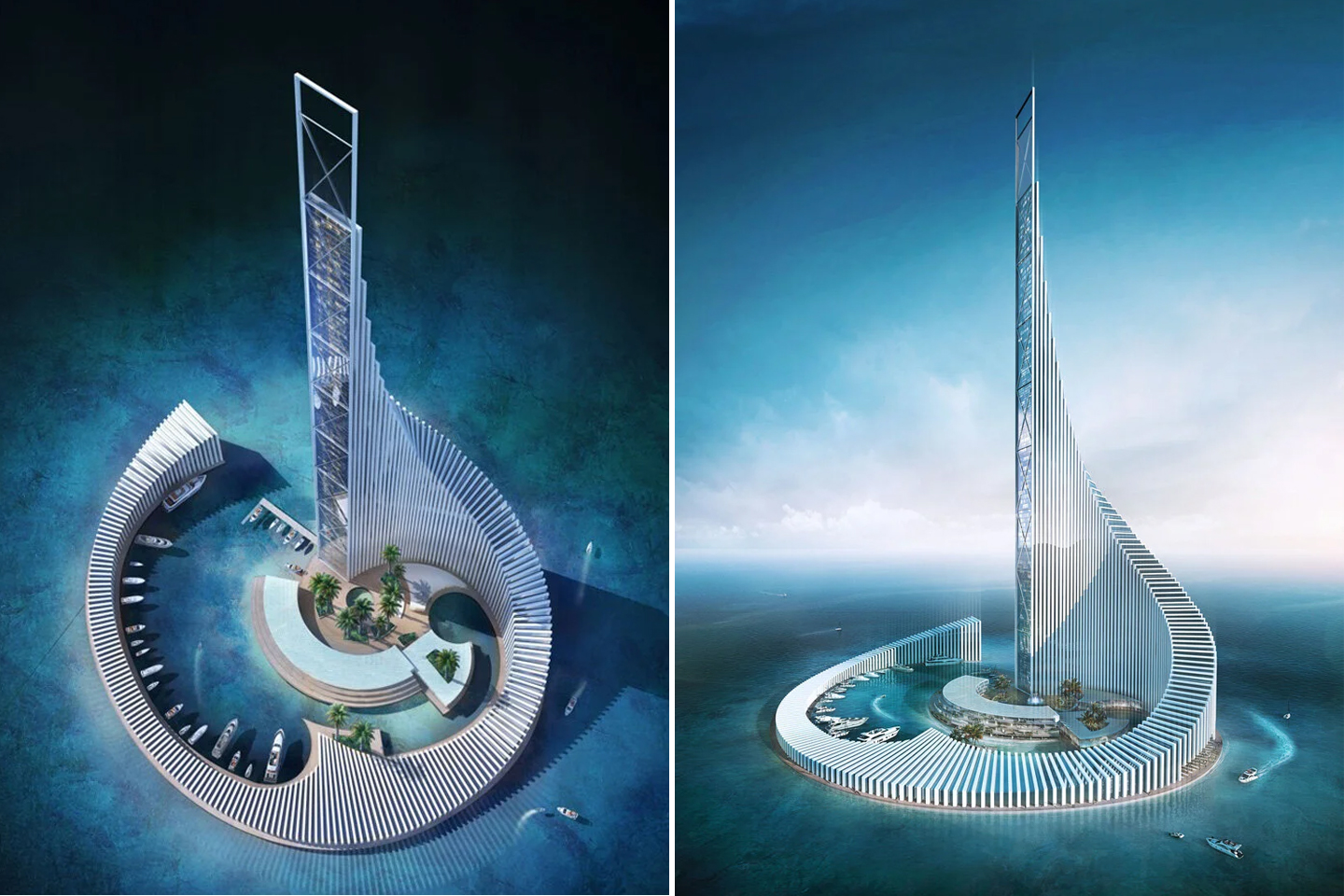 If brought to fruition, the Zanzibar Domino Commerical Tower will become Africa’s second-tallest building and a landmark tourist destination to help stimulate the country’s economy and tourism industry.

The COVID-19 pandemic has seen some crushing setbacks on the tourism industry, in particular for countries that rely on it for their economic output. In response, architects have churned out some of their most daring and inspired plans, from apartment skyscrapers to floating museums, all with the hope of luring in tourists from across the world. Architecture and interiors firm xCassia unveiled its plans for Zanzibar Domino Commerical Tower, a dominos-inspired skyscraper slated for Zanzibar, an autonomous archipelago off the coast of East Africa, to become the second tallest building at 70-stories high in Africa and help stimulate Zanzibar’s local tourism industry.

If the building’s plans ever come to fruition, the multipurpose skyscraper will cover a sweeping 370,000 square meters and be composed of 360 scalloped slates with an observation deck at its highest point. One day, the tower is designed to function as a landmark tourist destination. xCassia initially developed the dominos-inspired tower for different sites in Vietnam and Saudi Arabia, but a recent contract was signed by Tanzanian AICL Group and Edinburgh Crowland Management for xCassia to begin progress on the skyscraper in Zanzibar. 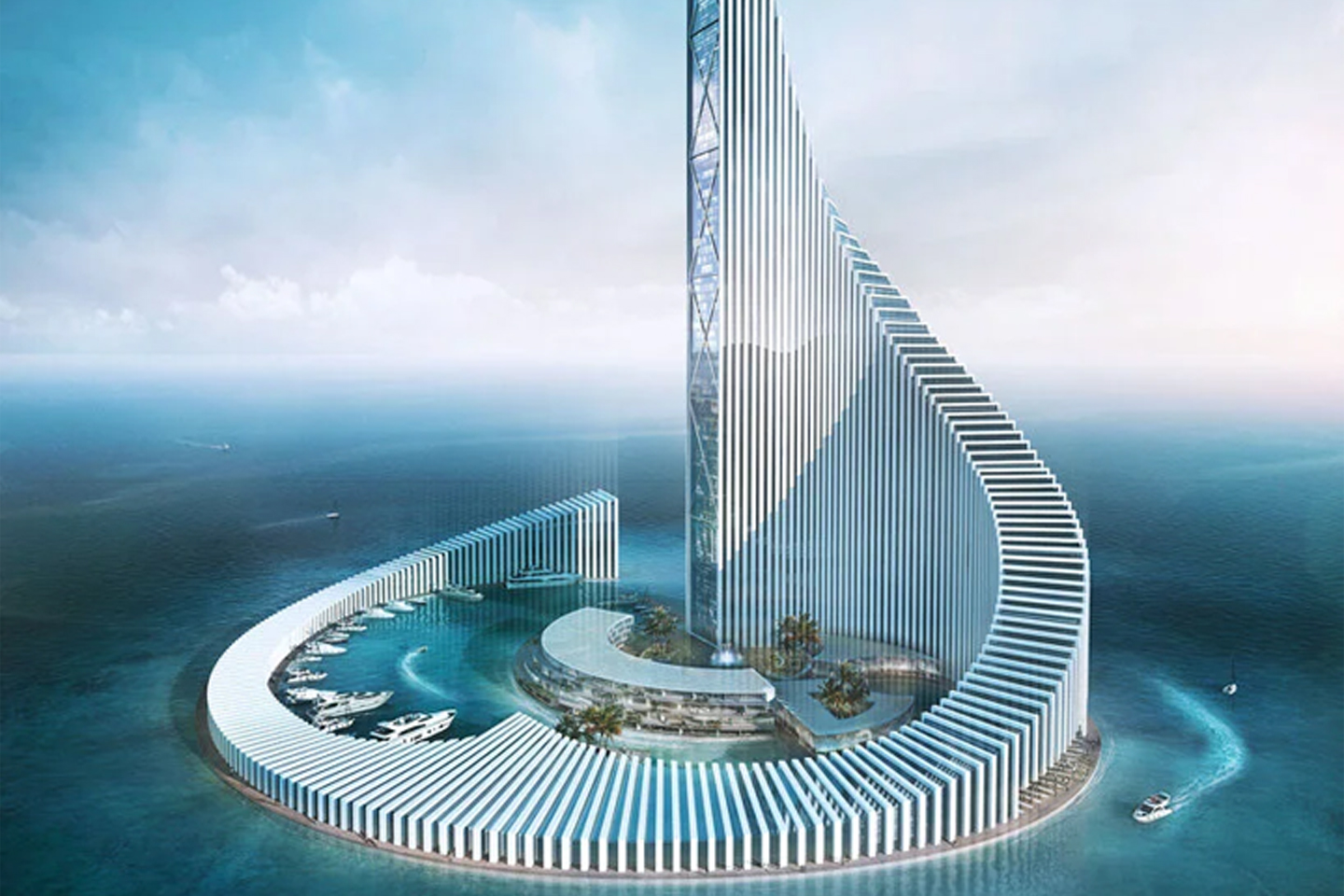 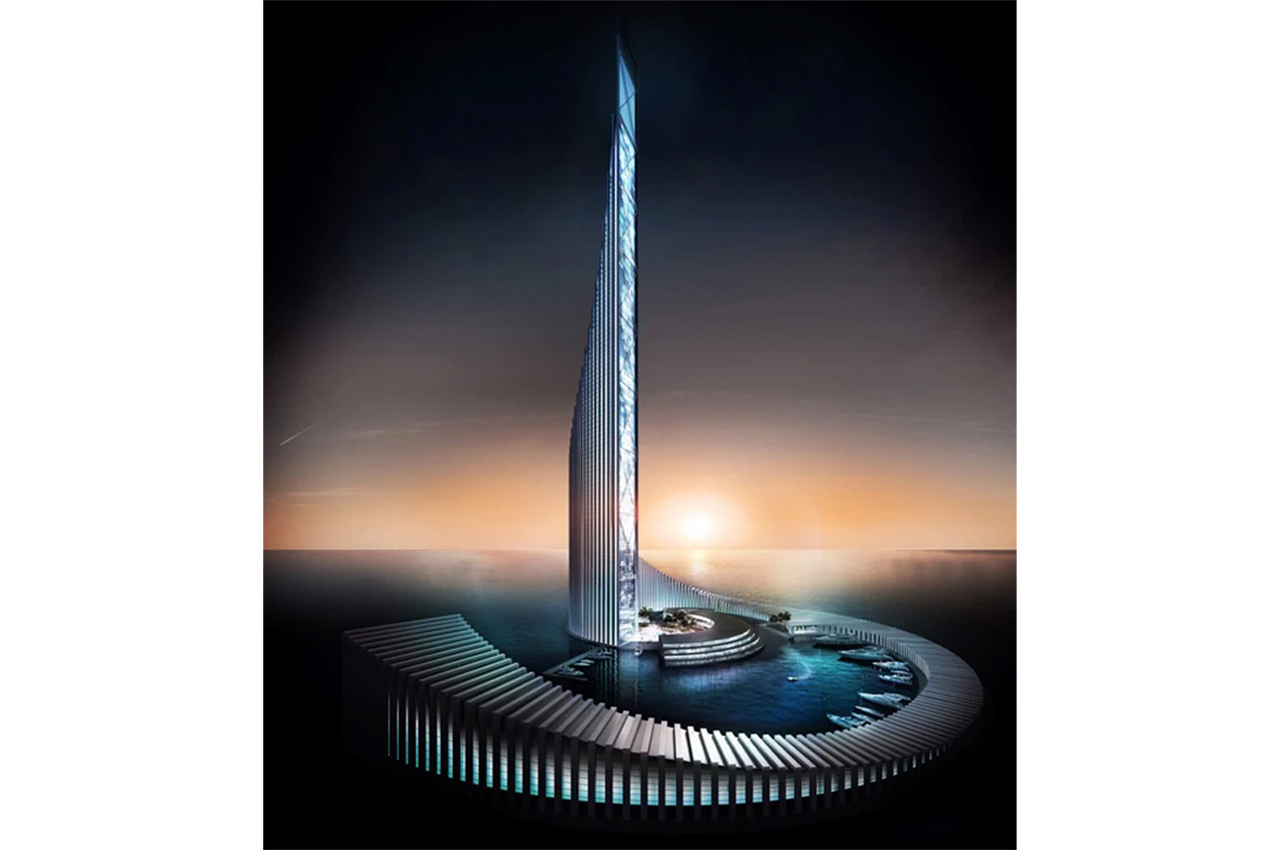 The tower itself will be host to a 560-unit resident complex and five to six-star hotel and spa facilities. Covering 20-hectares on a 4km-long plot of land, the larger site will give rise to the largest resort in East and Central Africa, and will see a golf course, wedding chapel, and marina for yachts and cruise ships on the island’s private islet. 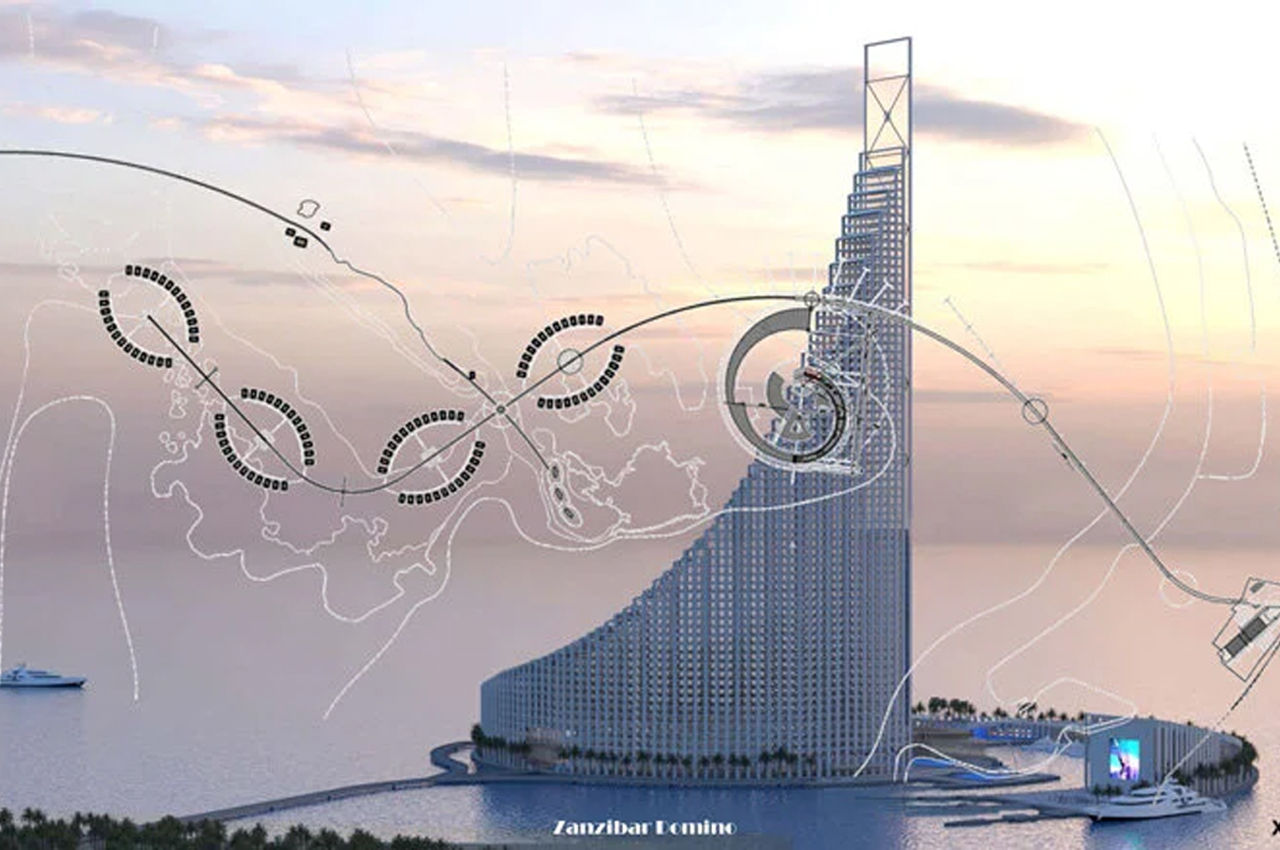 Jean-Paul Cassia, founder and design director of xCassia, described the tower’s initial inspiration, “First sketched in Paris in 2009, after my late father, two sons, and I played a round of dominos–I dreamed of building this project for over a decade. Between its innate mathematical order and geometries found in nature, its pure lines and proportions that evoke growth, progress, and freedom, it had all the bearings of an icon anyone could remember and draw on a paper napkin. All it lacked was the right visionary investor and site to make it come true.”

During the signing ceremony between AICL Group, Edinburgh Crowland Management, and xCassia, CEO of Crowland Management Ltd Dr. Emmanuel Umoh mentioned, “The building which will be called Zanzibar Domino Commercial Tower is expected to be one of the international iconic features, facilitating tourism, culture, and business opportunities.”

This AI-operated villa in the Czech Republic comes with panoramic views and needs no keys!

Artificial-intelligence controls Villa Sophia, designed by Coll Coll, which blooms at the top of a hill above Prague, Czech Republic. Described as the “center of…

Imagine driving a Lamborghini to work or on a grocery run. Well, if you can afford a Lamborghini, you probably have someone doing your grocery…