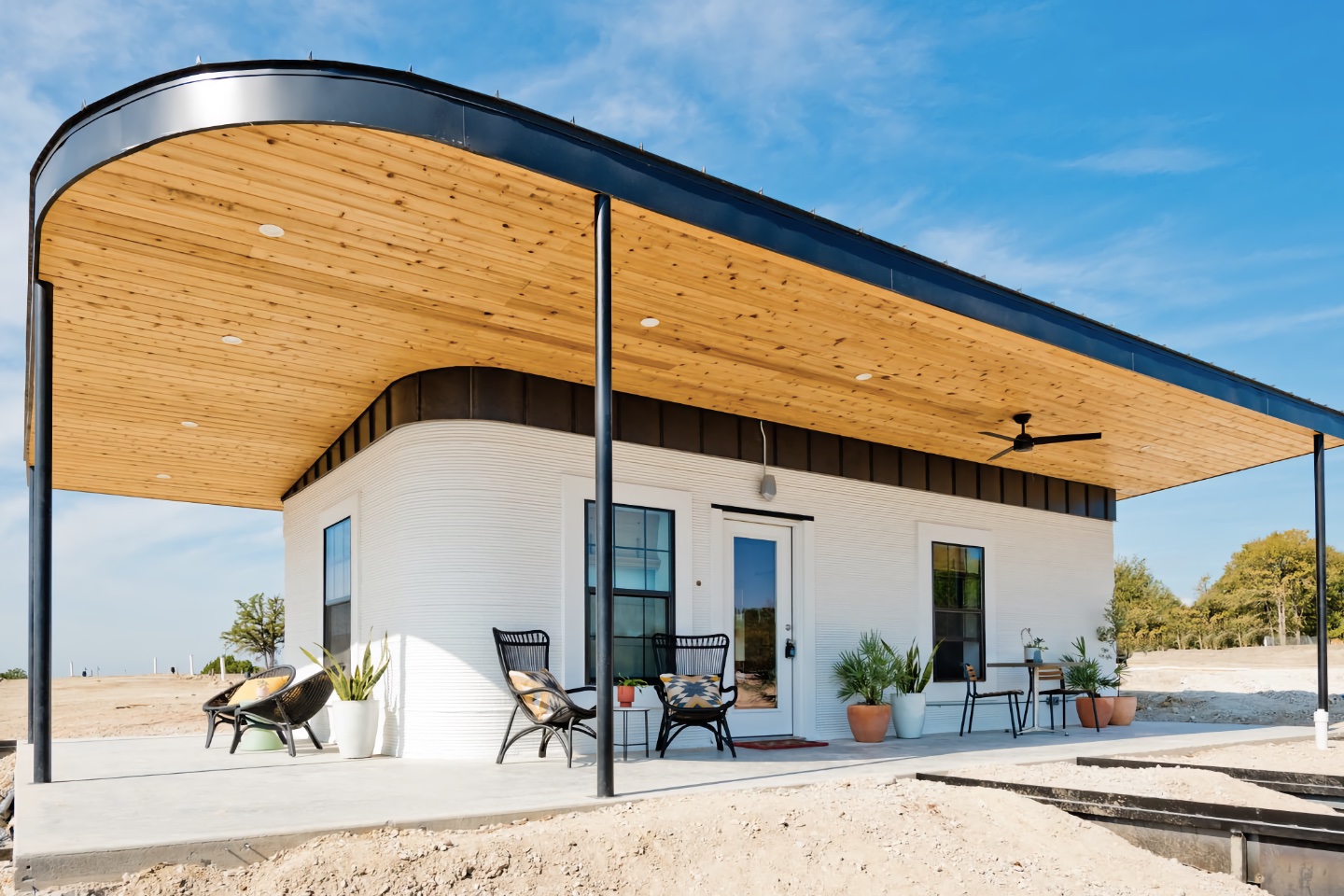 Nowadays almost everything is being 3D printed, so why should architecture be an exception? Many architectural firms are adopting 3D printing as their preferred technique to build structures. And 3D printed architecture is slowly but surely gaining a lot of popularity and momentum. This emerging trend is paving a path for itself in modern architecture. And I mean, no wonder, it has a ton of benefits! It’s a simple, efficient, and innovative technique that lowers the risks of errors, and also manages to save on time. 3D printing eradicates a lot of tedious steps during the construction process and simplifies it. It is being used to build homes, habitats on Mars, and even floating islands! The potential and possibilities of 3D printing in architecture are endless and mind-blowing. We’ve curated a collection of 3D-printed architectural structures that are our absolute favorites – from 3D printed sustainable office pods to a 3D printed housing community for the homeless, every single one of these designs unleashes the magic and potential of 3D printing! 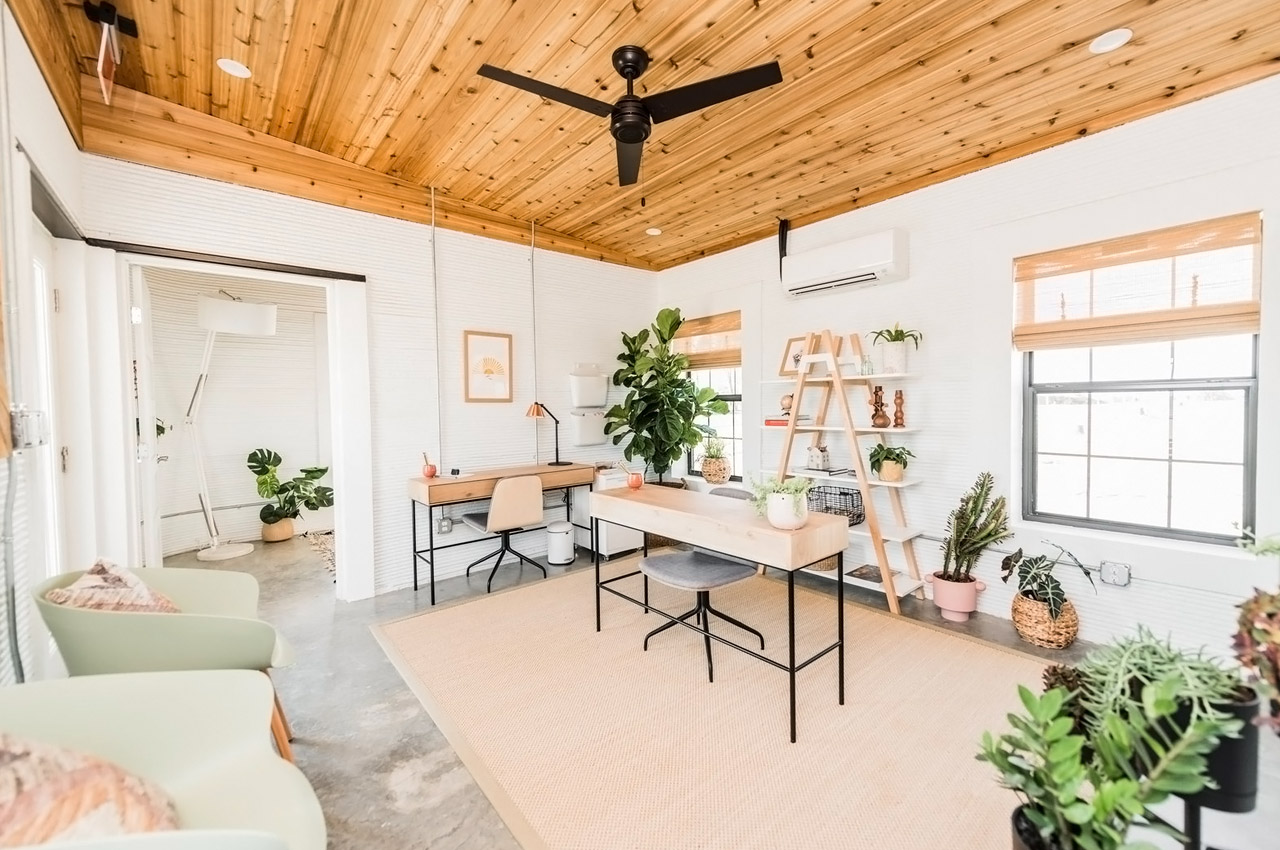 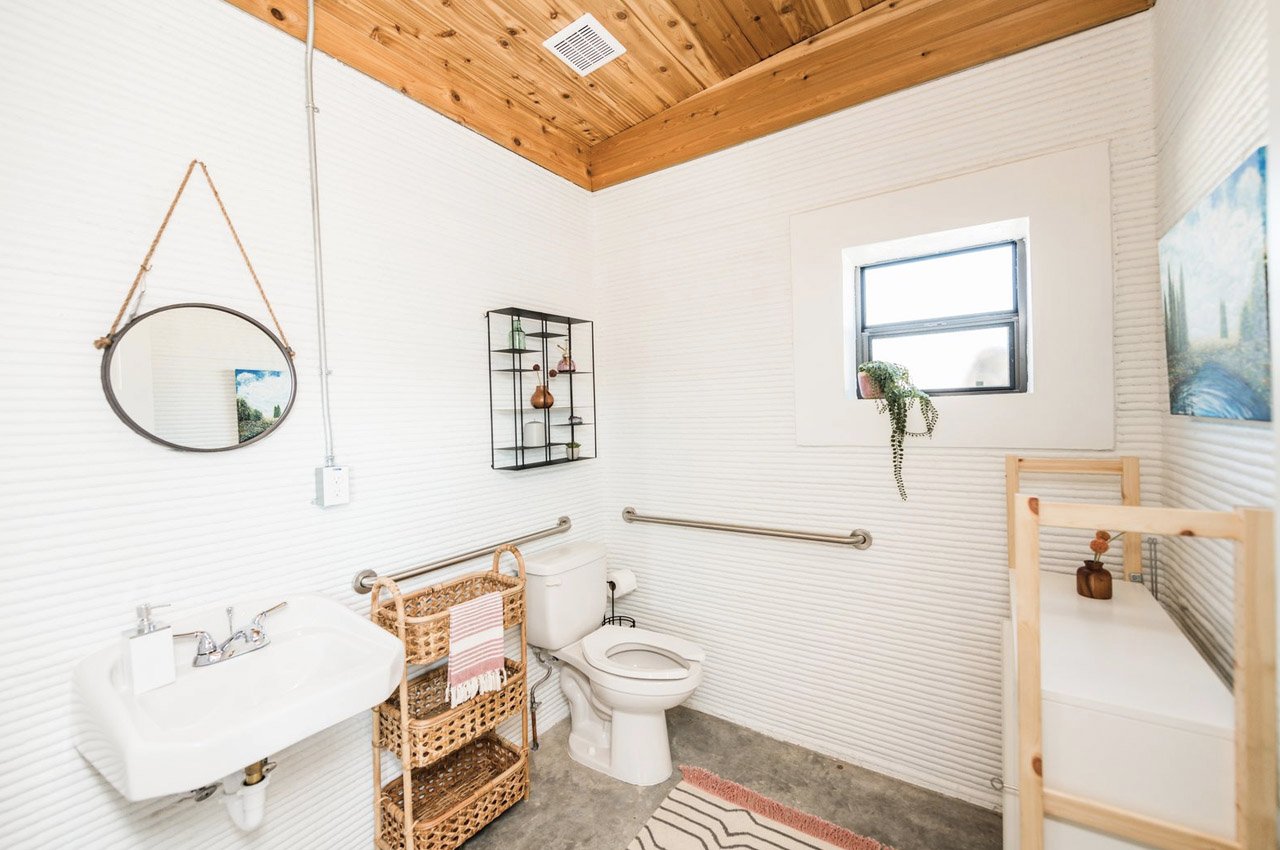 ICON 3D printed a 500 square foot structure which only took 27 hours of labor to construct. It will function as a welcome center at Austin’s Community First! Village – which will serve as affordable housing for men and women coming out of chronic homelessness. Six more 3D printed homes will be added to the development by ICON! The homes will be built using a proprietary concrete called Lavacrete, alongside the use of automated machinery and advanced software. The newly printed house features accents of black, white, and natural wood, creating a clean and minimal space that is aesthetic to live in! 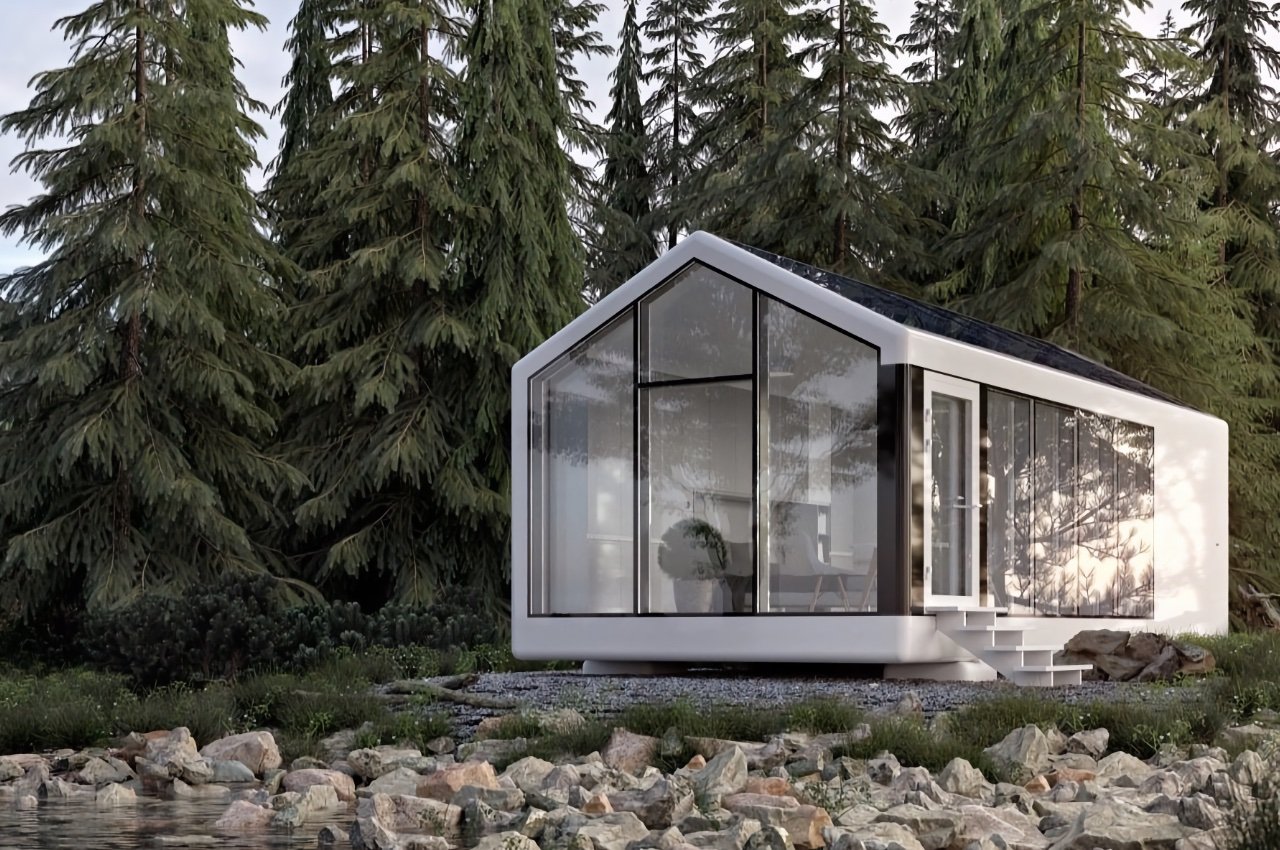 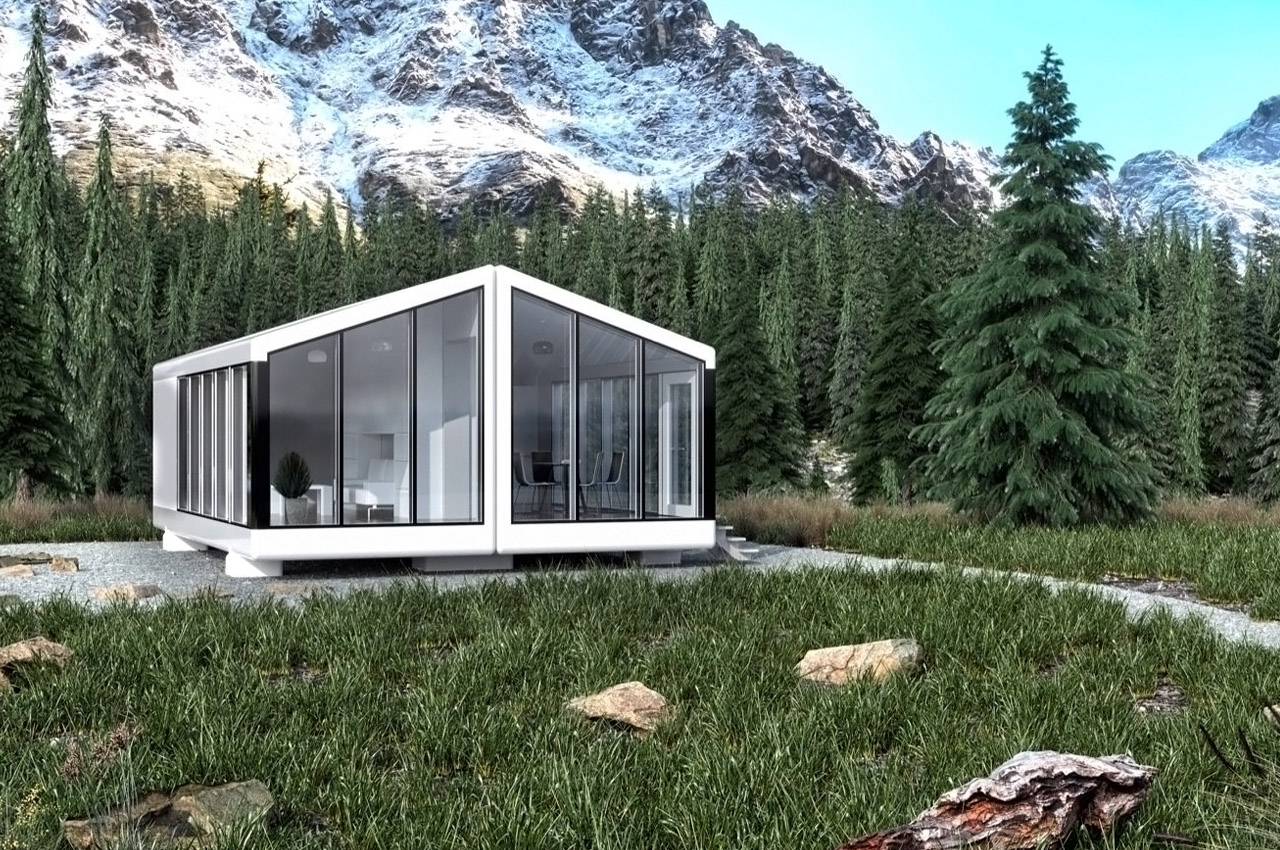 Haus.me is a 3D printed luxury smart home that lets you live off-grid almost anywhere! The fully autonomous home is solar-powered and has been amped with an air-to-water generator which is hooked to a purification system, as well as a bioactive sewage system. The 400 square meter unit is prefabricated and comes equipped with smart systems, built-in furniture, and highly functional appliances. Though the price tag is slightly higher than usual 3D printed structures, but that’s because it’s being aimed at the luxury market. It’s a luxury vacation home you can set up anywhere! 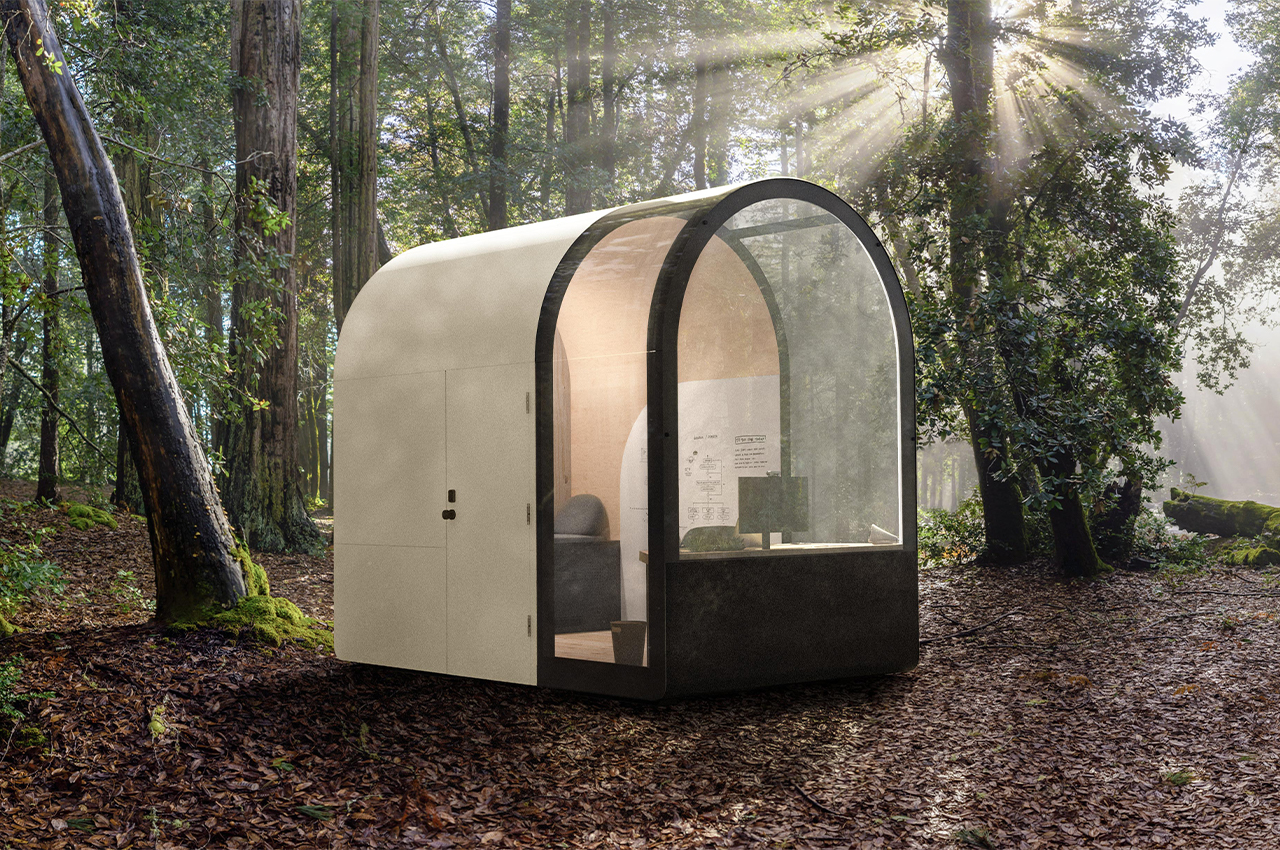 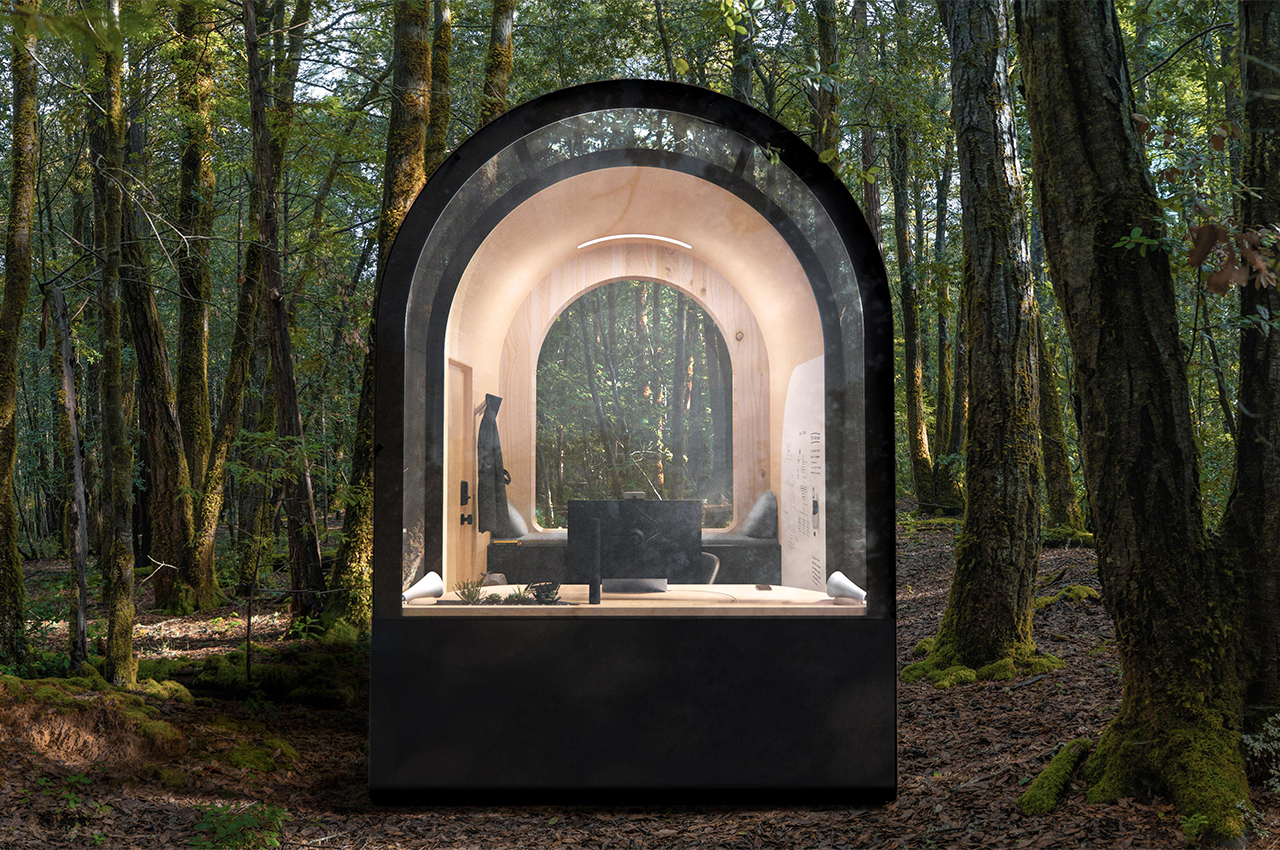 Meet the Denizen Architype pod – a smart, functional, personal office that supports your remote work life and also could double up as a creative escape! This prefabricated office is designed with everything you need for the perfect workday and you can set it up anywhere in the world if you have subscribed to it – it’s like Netflix but for a physical office space. Denizen pods want to help reduce central office costs while adapting to the changes like remote work and flexible lifestyles. The 100 sqft pod is a modern solution with a small footprint that can help retain global talent, maximize productivity and reduce the environmental impact that big corporate offices have. 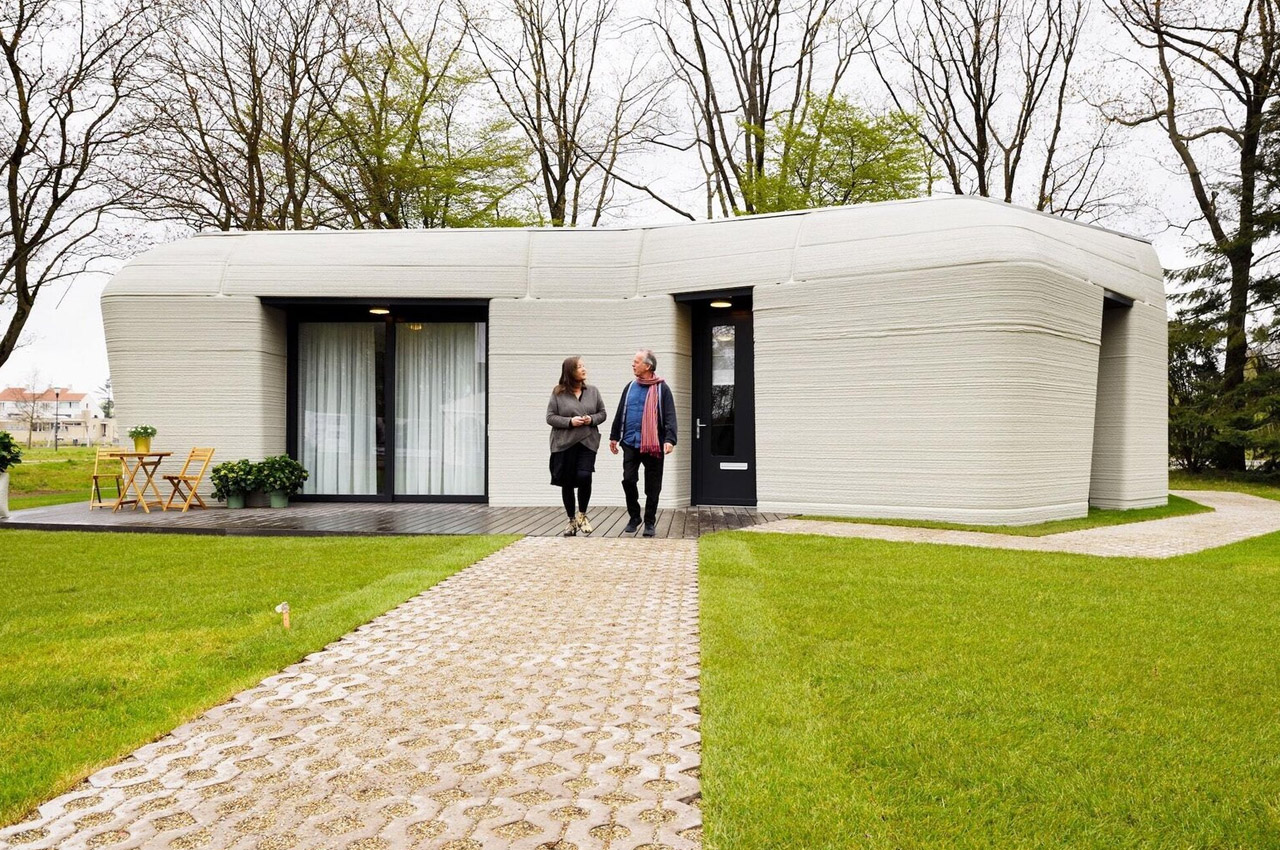 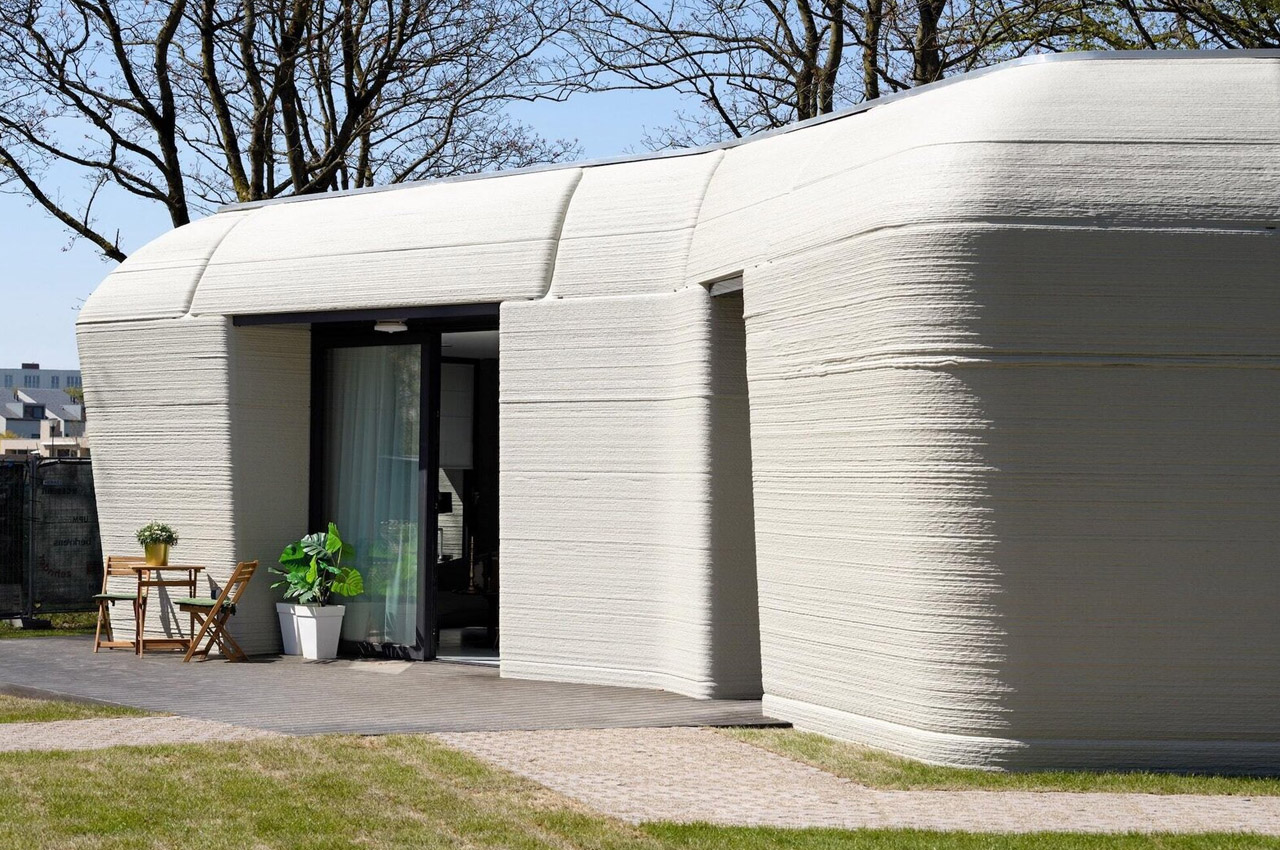 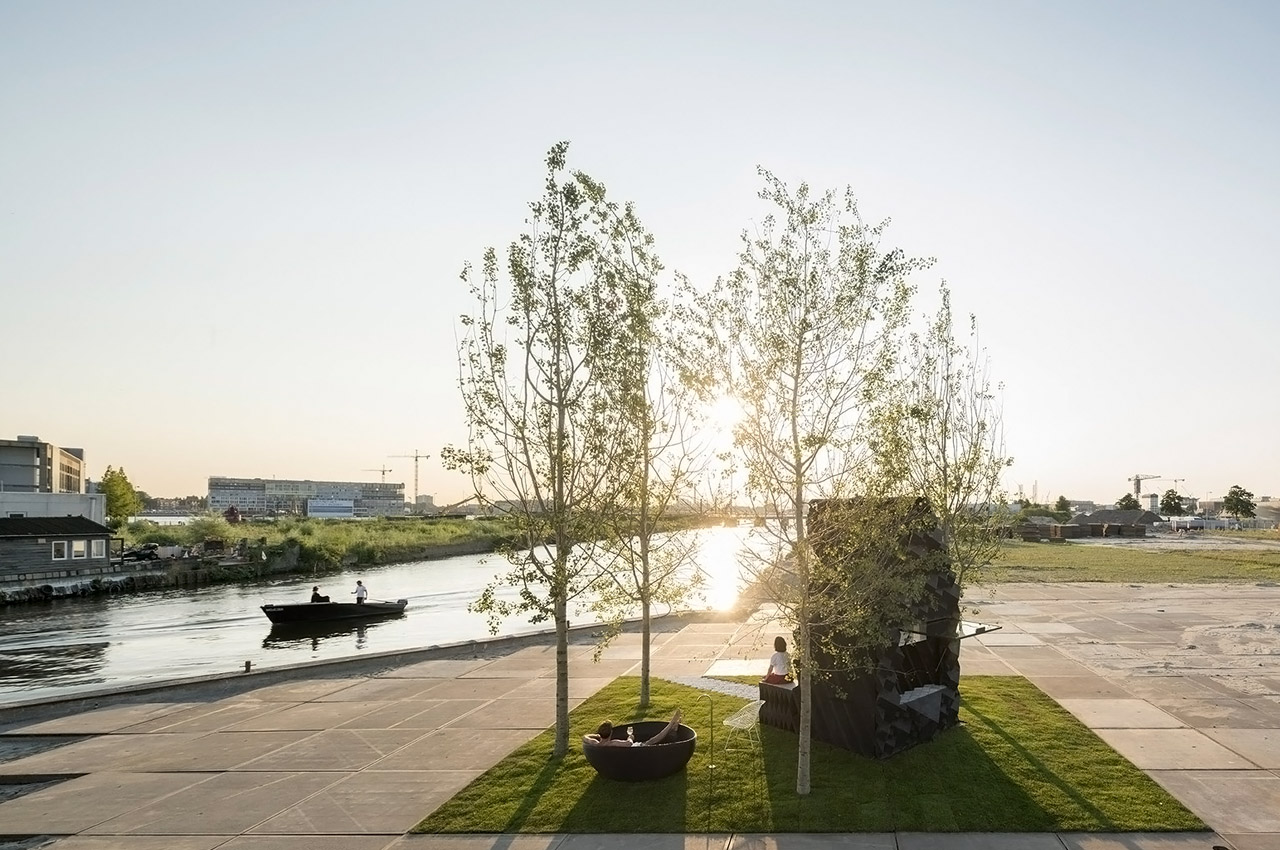 DUS Architects created a 3D-printed tiny home in Amsterdam! Called the Urban Cabin, the little retreat is made of a bio-plastic, that has been crafted from linseed oil. This particular bio-plastic can be shredded and recycled into a new project, hence making the 3D printed home recyclable! It occupies only 90 square feet and is concrete-filled. A sculptural bathtub is placed alongside the home, and it is 3D printed as well. The super cute home is a true urban retreat, placed along a riverside, with an adorable bathtub to lounge about in. It’s a tiny home straight out of a fairytale! 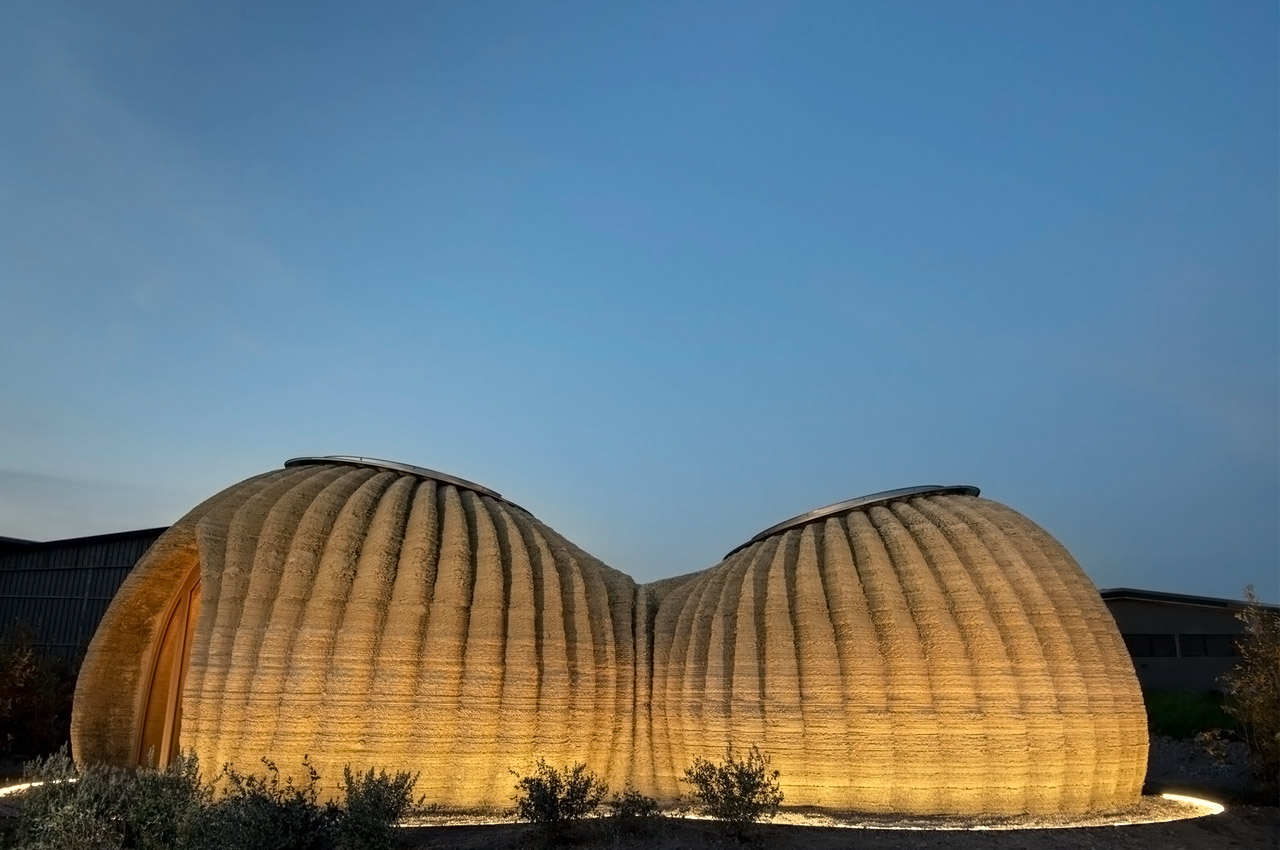 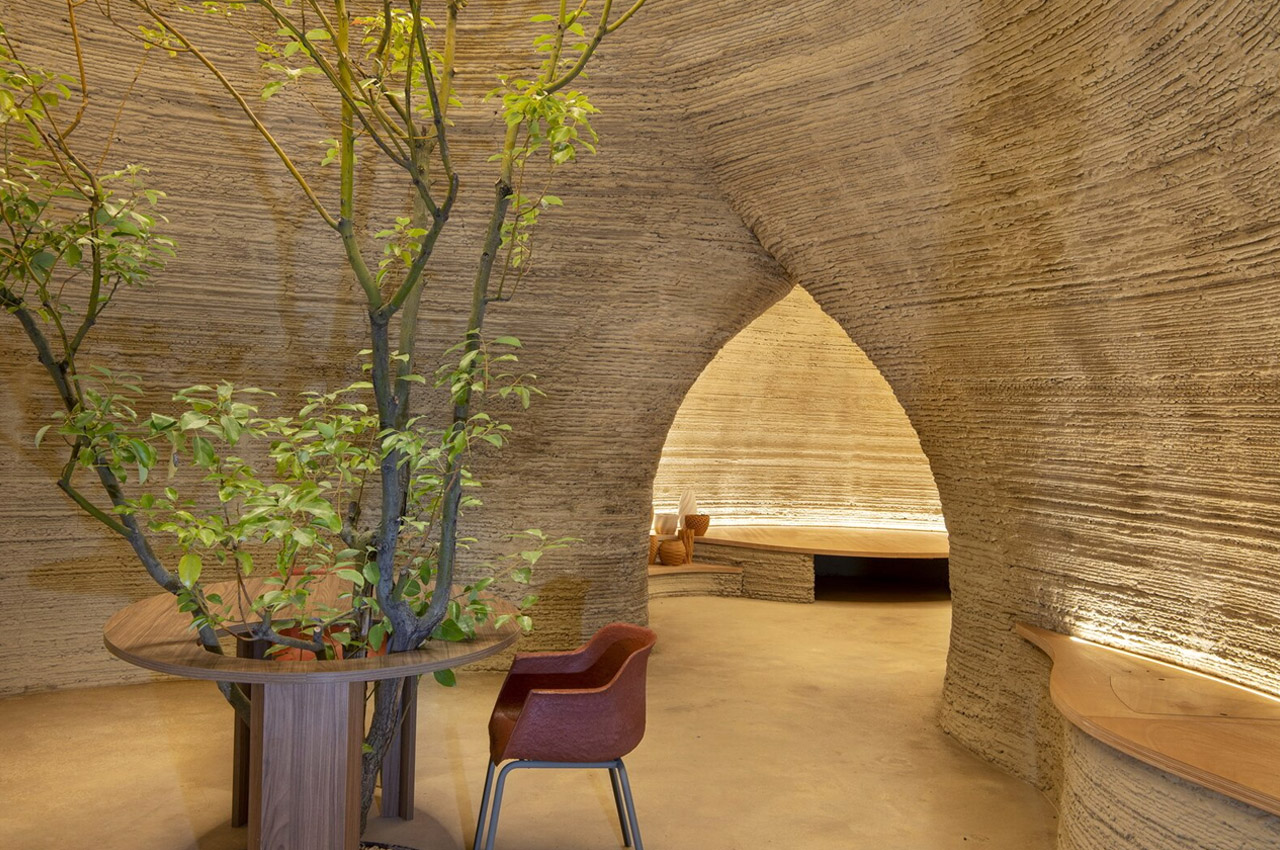 TECLA  is a completely 3D printed global habitat based on natural materials. TECLA’s construction started as a prototype in 2019 near Bologna, Italy as a response to pressing societal issues of explosive population growth which inevitably led to a lack of affordable accommodation. TECLA is created using entirely reusable, recyclable materials taken from the local terrain – it aims to be a model for circular housing as well as eco-housing. The habitat has been designed by Mario Cucinella Architects and brought to life by WASP’s engineering and printing tech. TECLA is set to be the first house to be entirely 3D-printed using locally sourced clay which has been used for centuries in countries like India as a cost-effective and environmentally friendly alternative to cement – clay is biodegradable and recyclable material that will make the building a zero-waste structure. 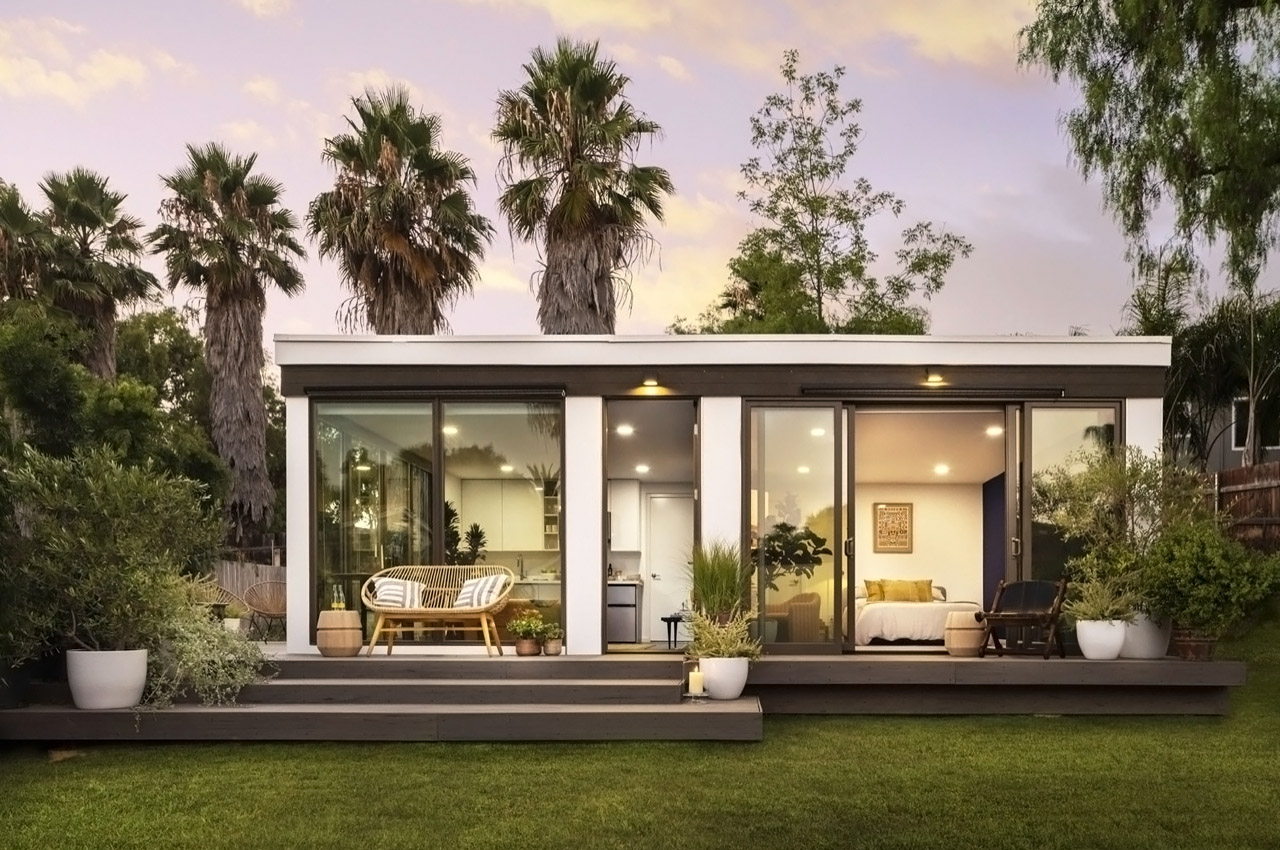 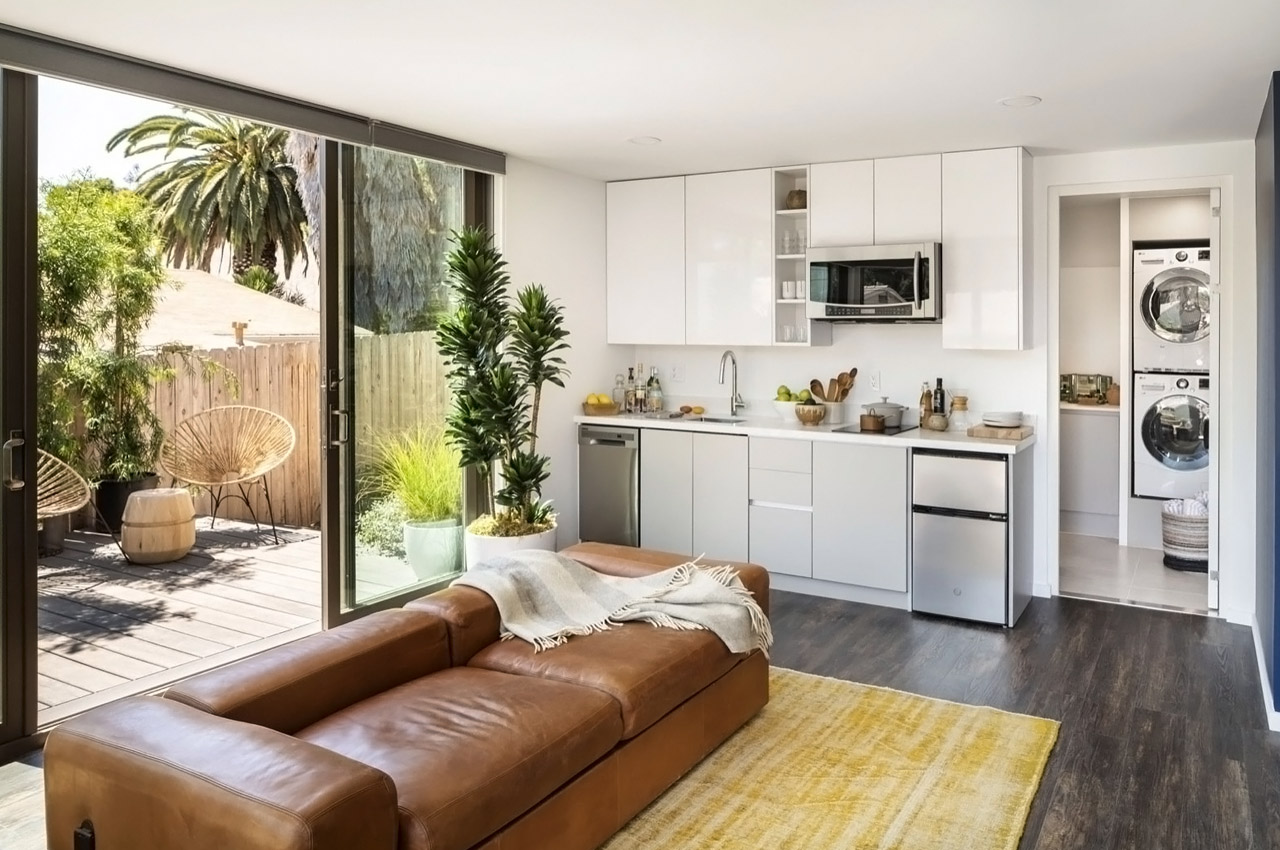 Mighty Buildings designed 3D printed homes that can be built with 95% fewer labor hours, and at twice the speed of a traditionl construction process. The company creates these prefab homes using their Big-G printer – a 20-foot tall 3D printer that functions at the speed of 120 millimeters per second. The structures have been constructed from Light Stone, a thermoset composite material (it hardens when exposed to UV light). The homes are quite stylish and elegant. They are usually around 700 square feet and equipped with a single bedroom, a kitchenette, a bath, and a walk-in closet. 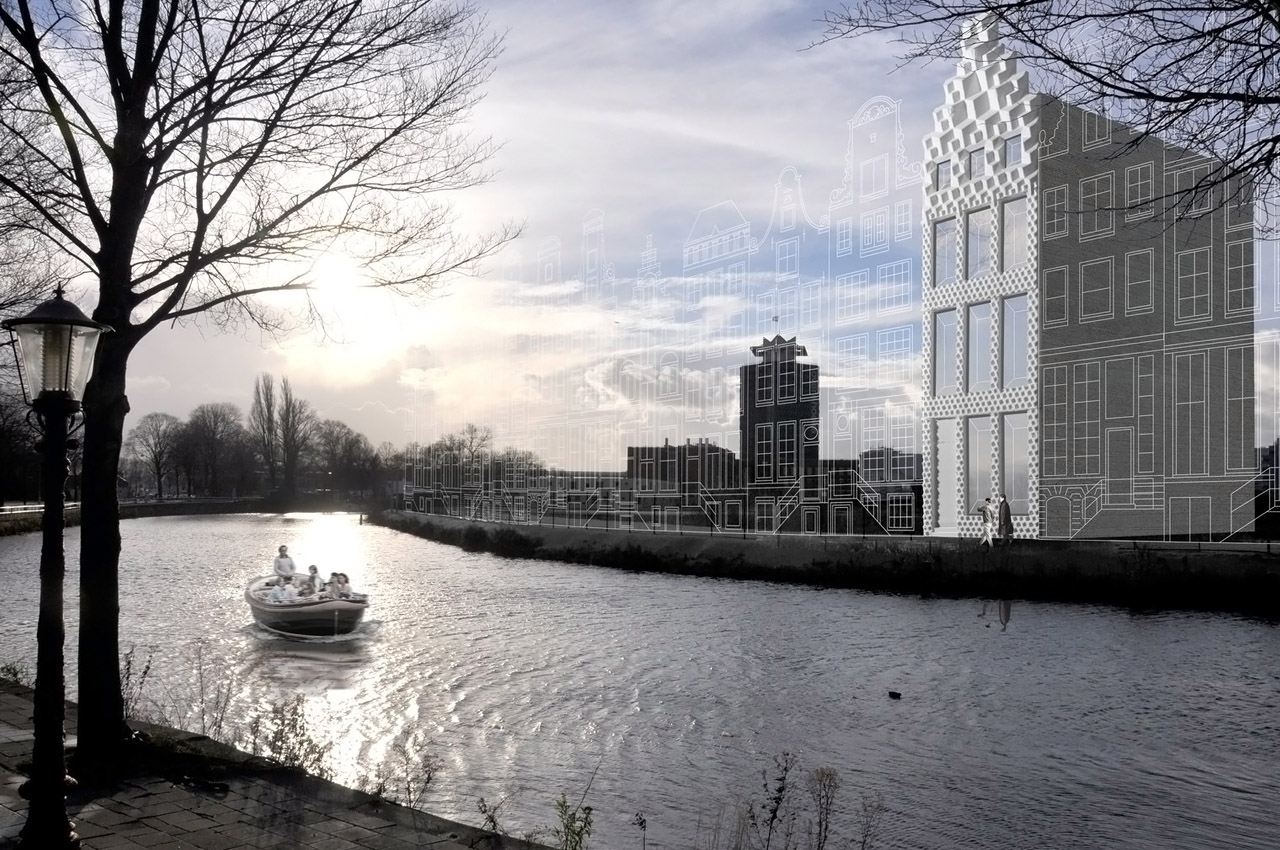 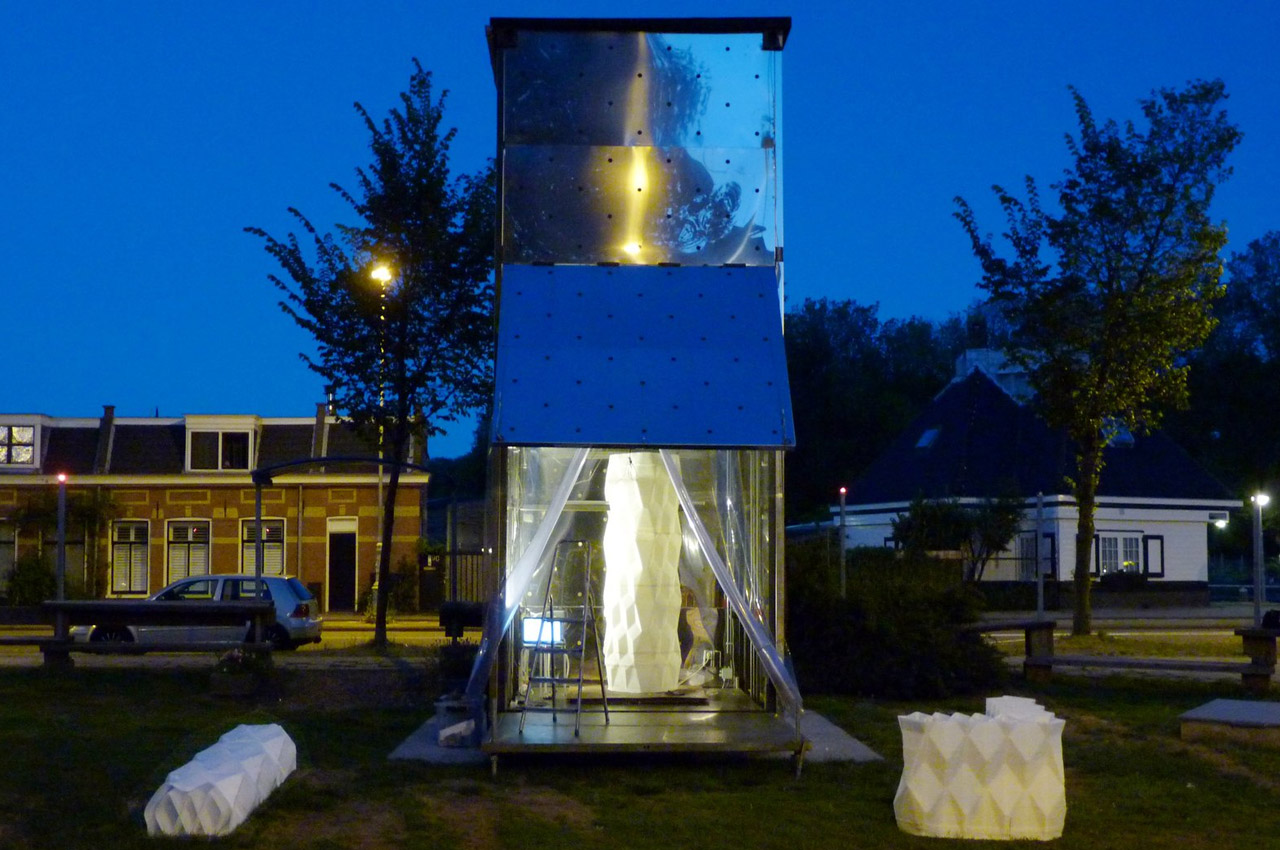 DUS Architects built a 3D-printed canal house in Amsterdam! The components for the full-size canal house were printed on-site via a purpose-built printer called KamerMaker. The house was built alongside the Buiksloter-canal, acting as a research hub for 3D printed architecture. Each room in the canal house has been dedicated to a research theme. There is a ‘cook room’, wherein researchers will experiment with 3D printing with potato starch, whereas another room has been deemed ‘policy room’, where discussions regarding permits and how to obtain them, are carried out. Pretty cool, no? 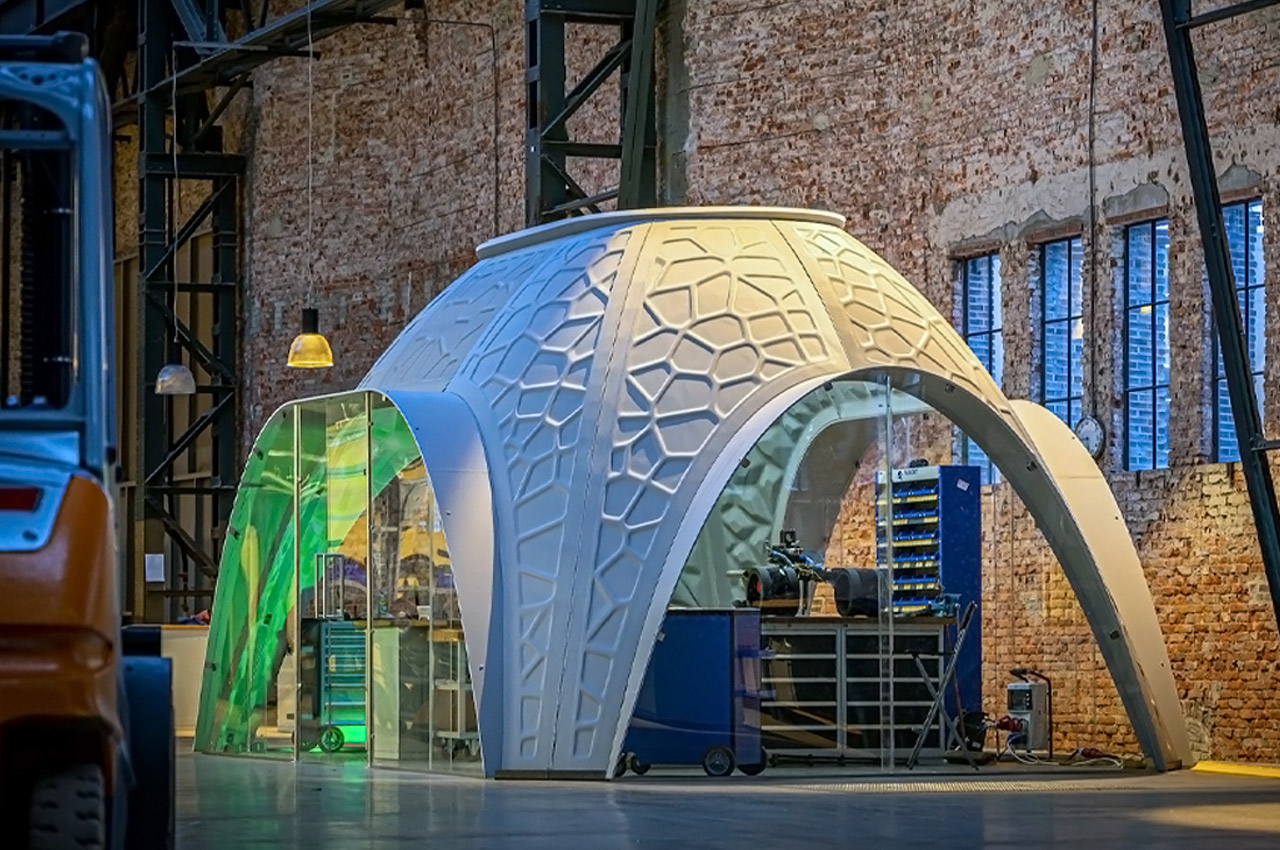 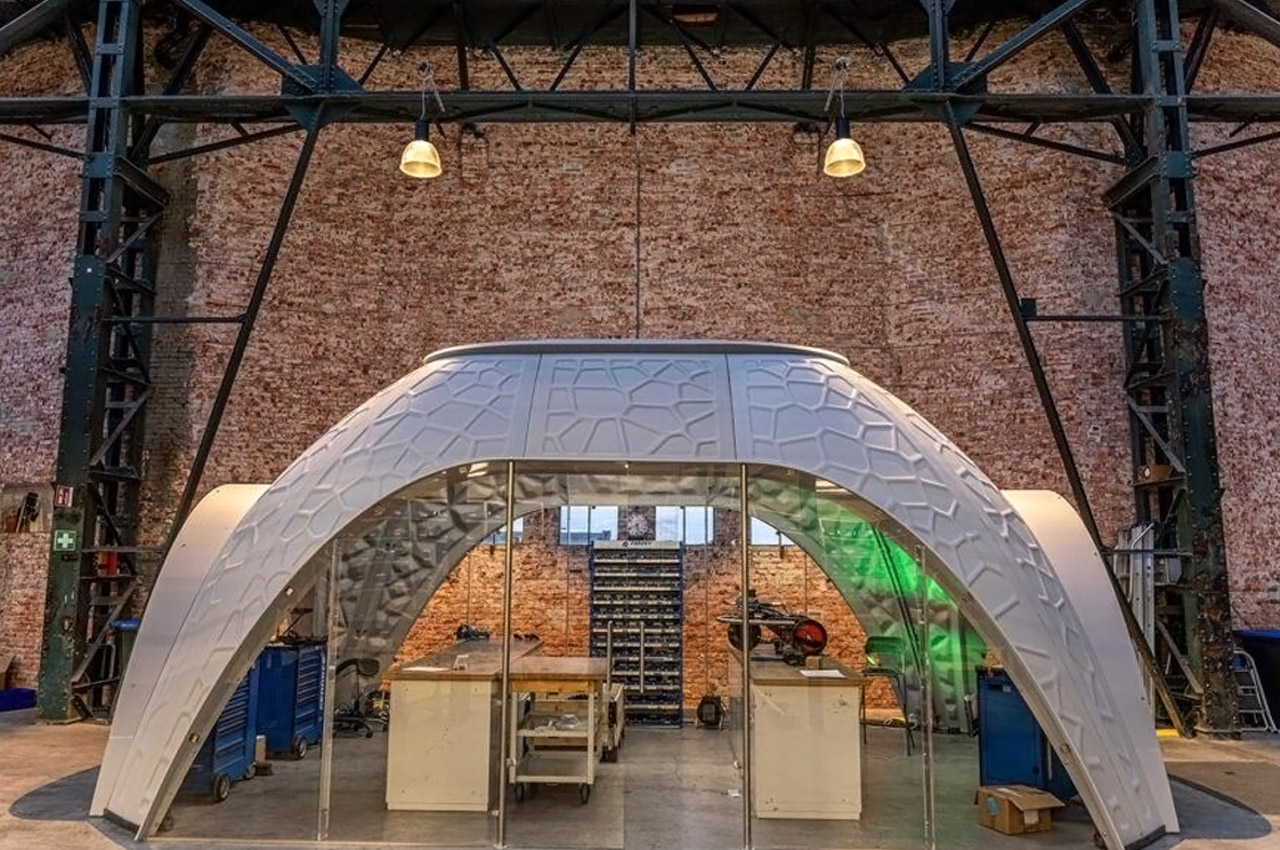 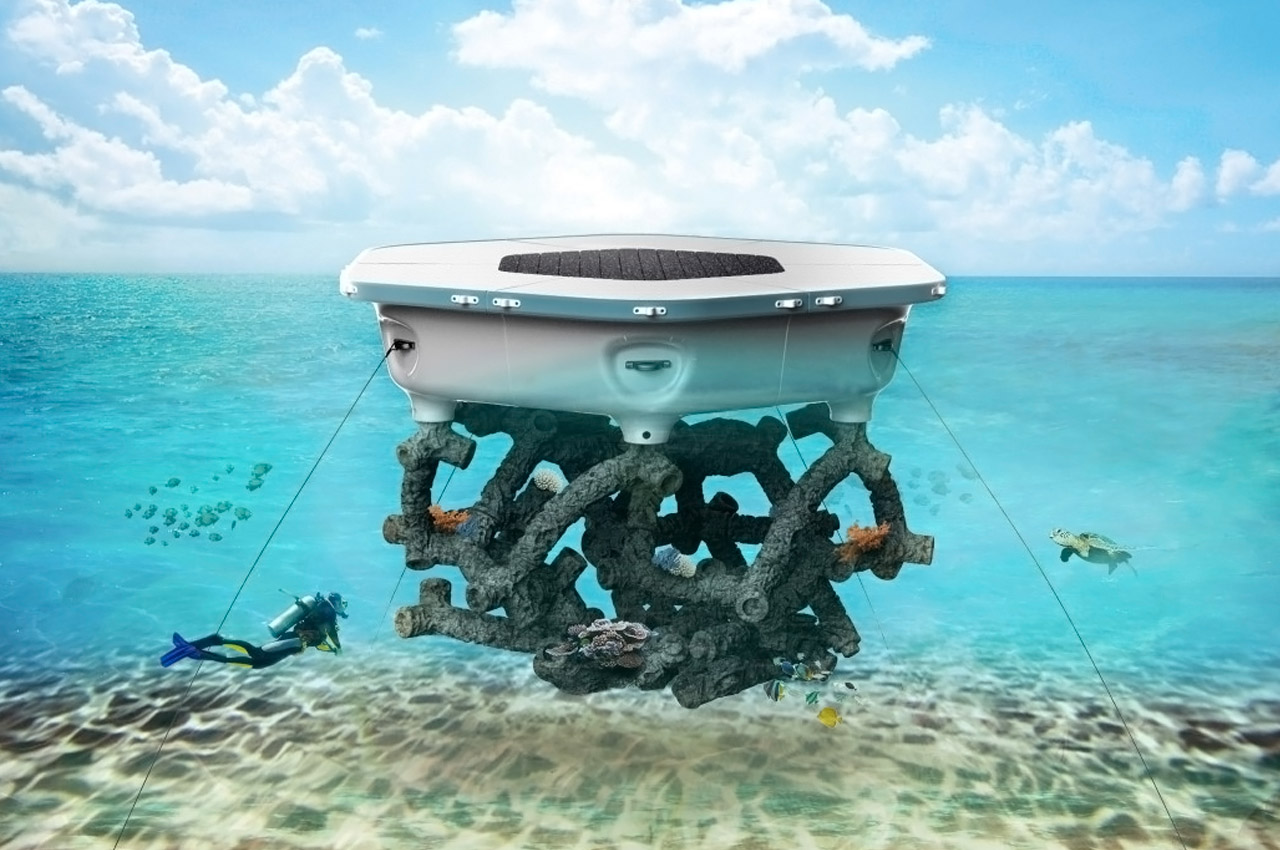 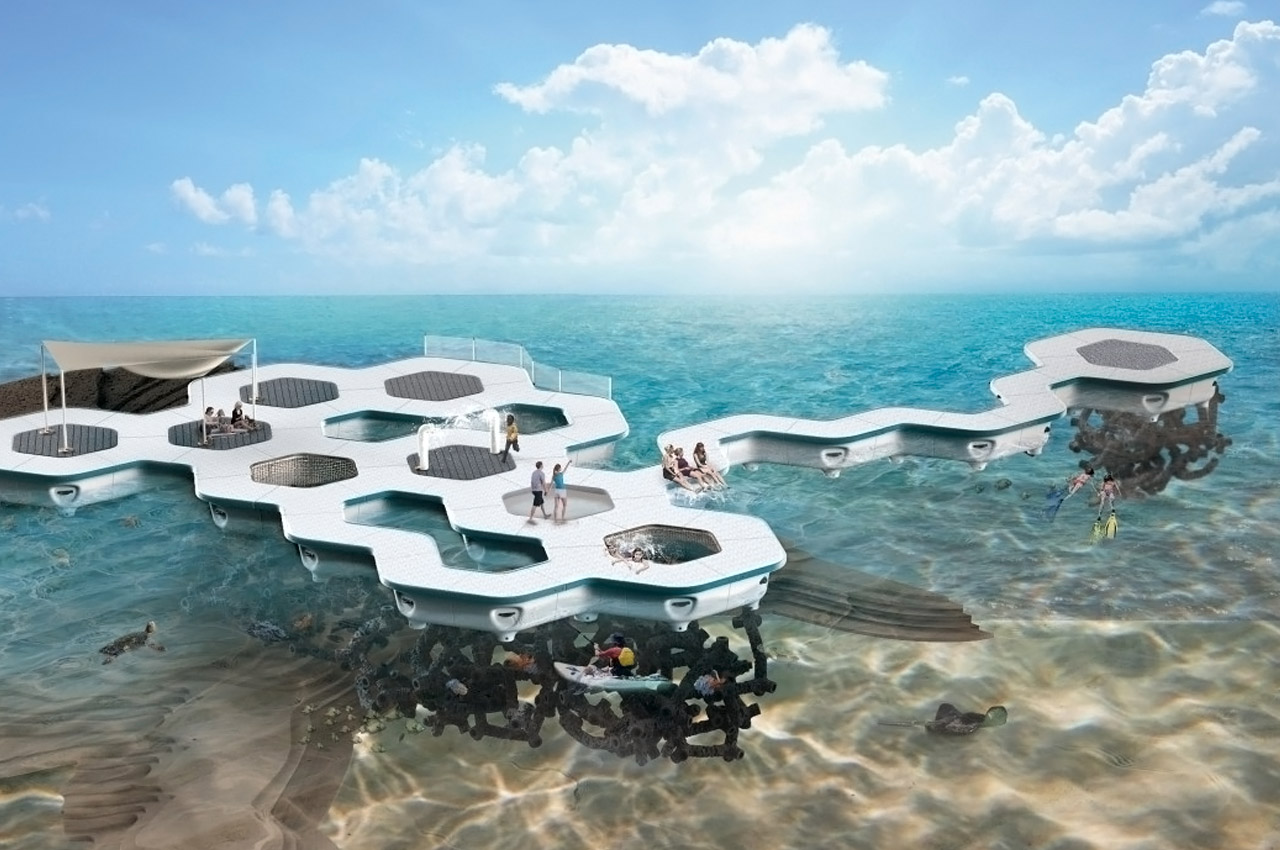 Designed as a series of modular islands that can transform any waterfront into a public space, Reeform aims at supporting life on land as well as underwater. A portmanteau of the words Reef and Form, the floating island comes with a two-part design. The upper half is designed as a hexagonal floating platform crafted entirely from recycled plastic, while the lower half bio-mimics the design of corals, using 3D printed concrete and calcite. As a result, both the upper and lower halves act as areas of interest for humans and marine life alike. Humans can use the modular platforms to create social spaces on water bodies like riverfronts, lakes, or pools, while the coral-inspired lower half helps reduce ocean acidification.

Those of us who use small kitchens know the importance of storage space, especially when it comes to the refrigerator. So, staying on top of…

A BB-8 Droid for your home

Carl is your trusty pair of eyes, ears, and even nose when you’re away from home, or even when you’re inside home. Constantly keeping an…