The past few years have been rough for Huawei. After being hit by heavy sanctions by the US government and subsequently seeing multiple vendors, carriers, and even tech suppliers back out of all contracts with the company, the company’s gone into a global hibernation of sorts. In 2017, it held the mantle of the world’s second-largest smartphone company, dethroning Apple in the process… now, Huawei’s phones, tablets, and laptops aren’t something the world hears much about. The flagship Mate series, however, seems to be the only buzzworthy device in Huawei’s current line-up, and Technizo Concept and LetsGoDigital have pieced together what could be the upcoming Mate 50 Pro smartphone.

The renders present a rather new direction for smartphones in general. The back of the smartphone comes with not one, but two camera bumps (that sit on a third raised surface), while the front is almost entirely just a display. Notably, the display curves onto both the left and right surfaces, forming what is being referred to as an ‘arc display’, and absorbing the area where you’d commonly find the power and volume buttons. 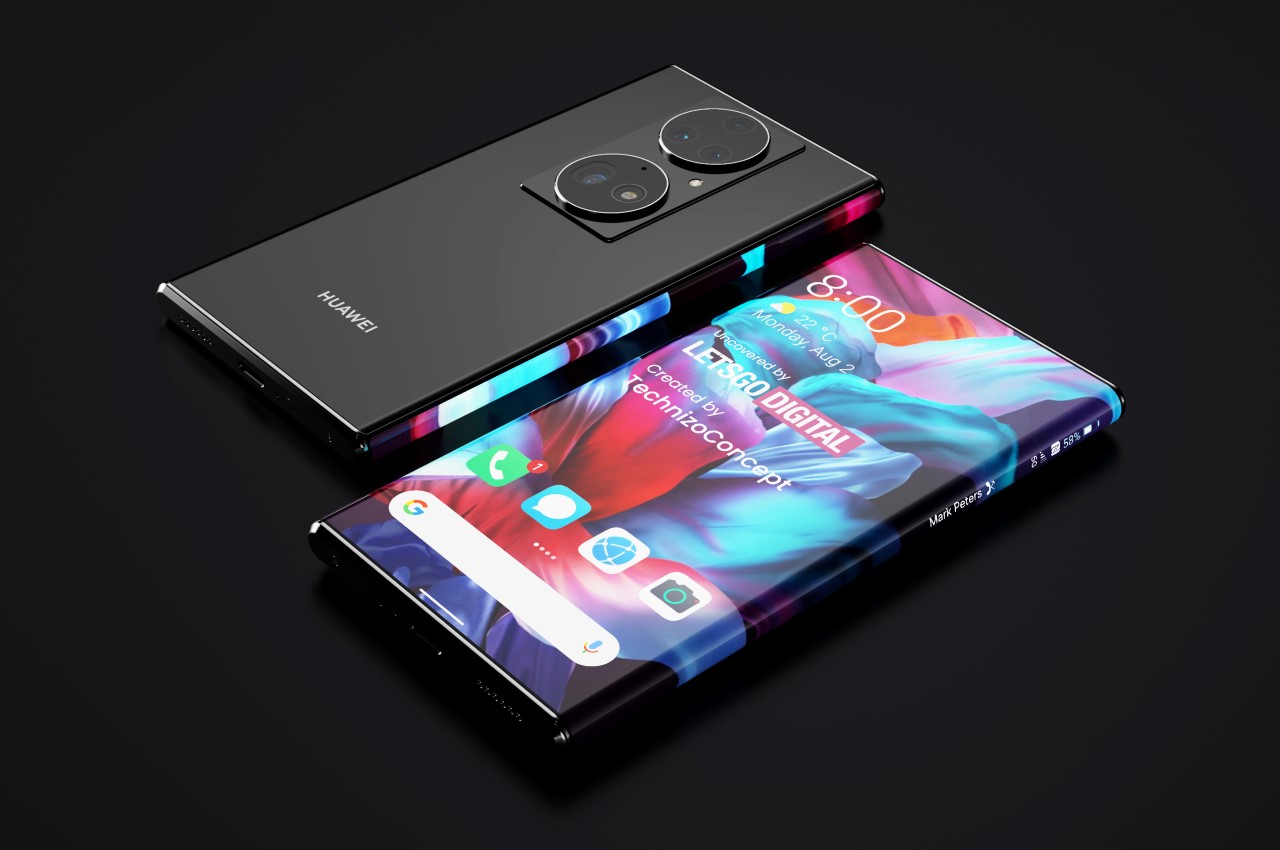 The removal of the buttons gives the Mate 50 Pro its unique character. The screen now cascades towards the left and the right, allowing relevant information to be moved to these two ‘bars’ on the side. In fact, battery information, notifications, and the time now sit on the side – almost like information on the spine of a book – instead of on the top. This allows the front of the phone to be as ‘picturesque’ and clutter-free as possible… a fact reinforced by the presence of a discreet under-display camera instead of the intrusive hole-punch camera. 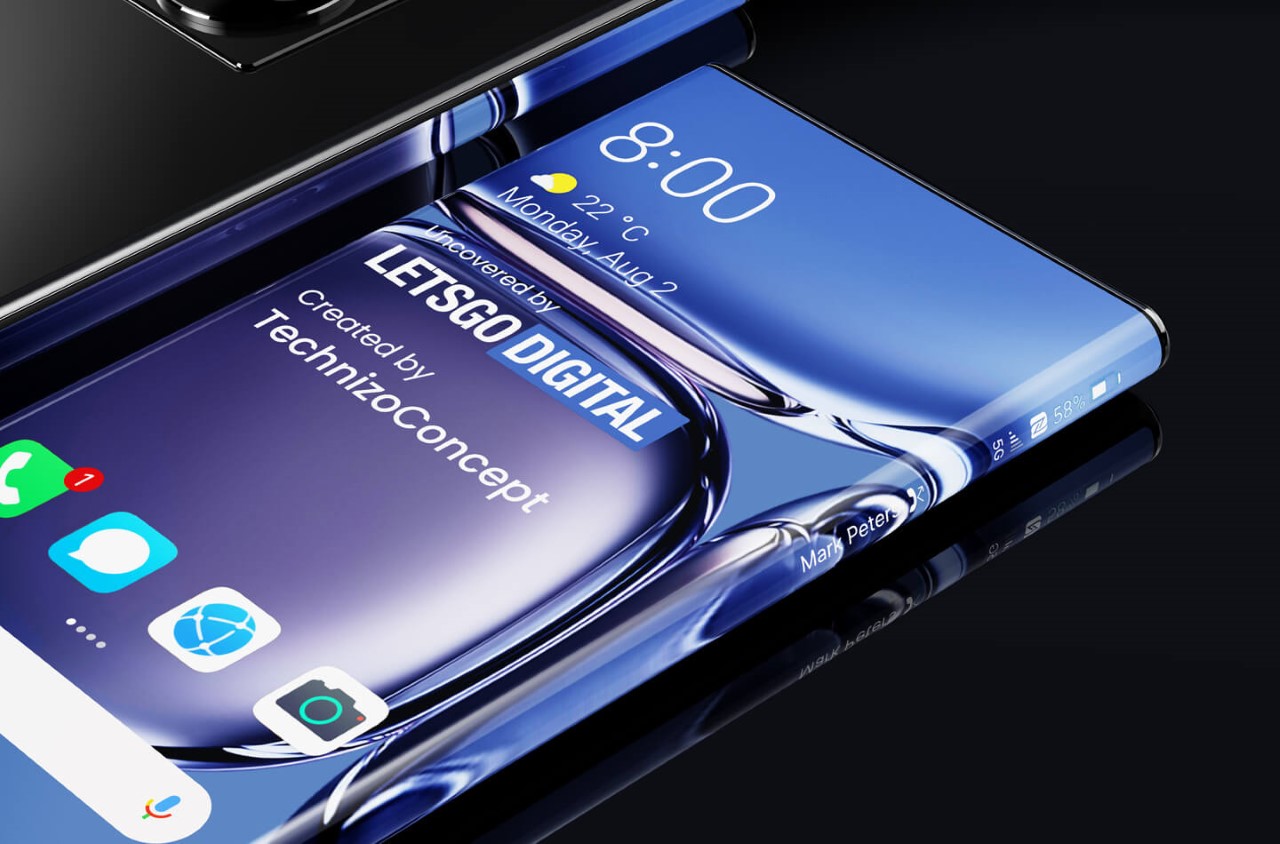 The buttons exist within this cascading screen too (as displayed in the image at the end of the article) as virtual touch-zones that you can push to wake the screen, control the volume, quick-launch apps, and even use as controls while gaming. According to the patent files analyzed by LetsGoDigital, the screen ‘strips’ on the side are force-sensitive, which means they respond differently based on how hard or soft you press the area. This allows you to build multiple functions into the same touch-zone, allowing you to tap softly to change volume, or harder to skip tracks. The documentation further states that the smartphone will be equipped with an AI chip, a heat dissipation regulation system (a cooling system), a vibration component, and even a stereo speaker. 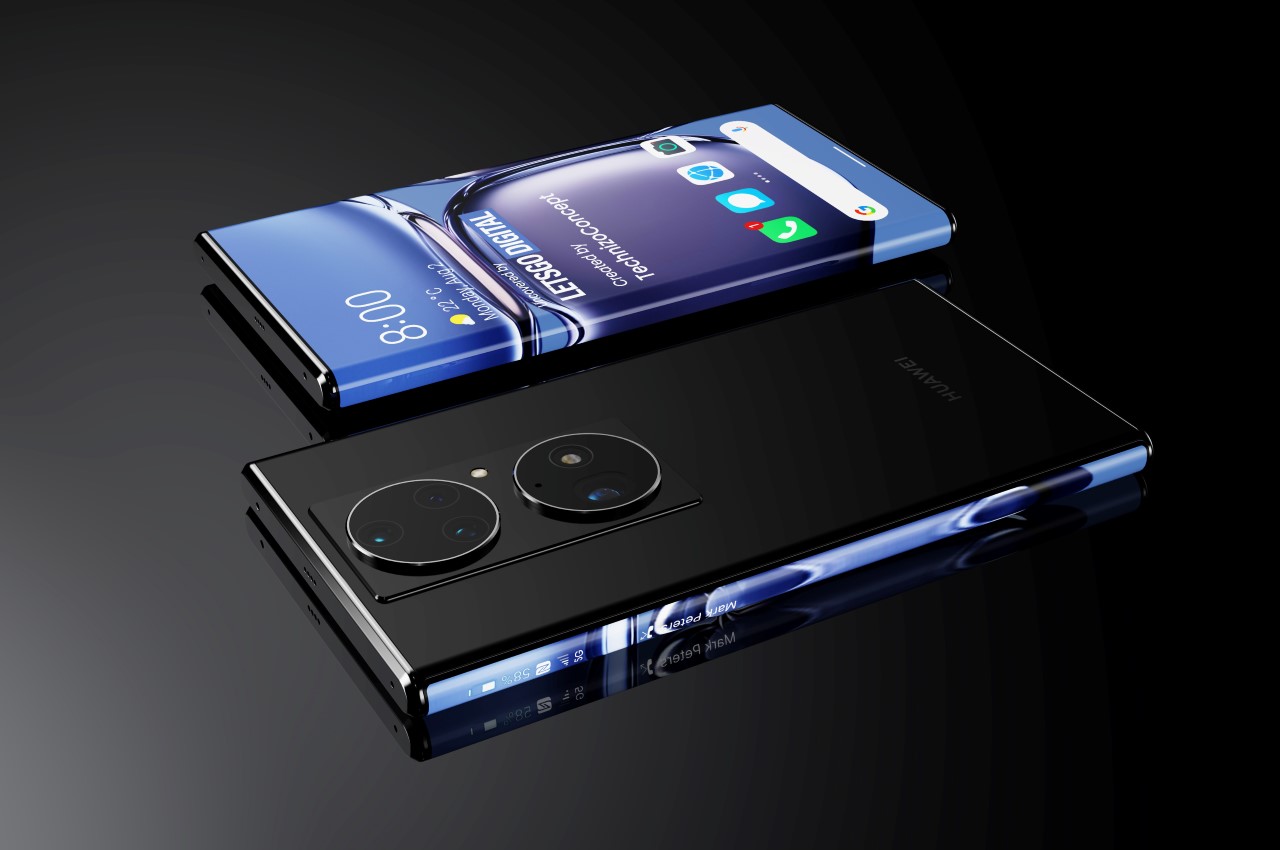 Flip the phone over and you’re presented with two massive camera bumps. This layout may be familiar to people who remember the humongous camera bumps on the Huawei P50 (which received the ire of the internet back when it debuted in July). At least with the Mate 50 Pro concept, the camera bumps sit against a dark background, merging in instead of standing out like two black holes on the rear of the device.

While a lot of the details shown here are merely visualizations, there are a few things we can say with a respectable deal of certainty. The Mate 50 Pro will almost certainly be 5G ready, and will run on the latest version of the company’s HarmonyOS. There’s no concrete timeline on when Huawei will launch or even ship these phones, given that the entire tech world is dealing with severe chip shortages (something that’s added fuel to the fire with Huawei’s existing sanction problems). Nevertheless, these images definitely do paint a rosy picture of what the Chinese tech-giant is capable of achieving, even with limited resources. 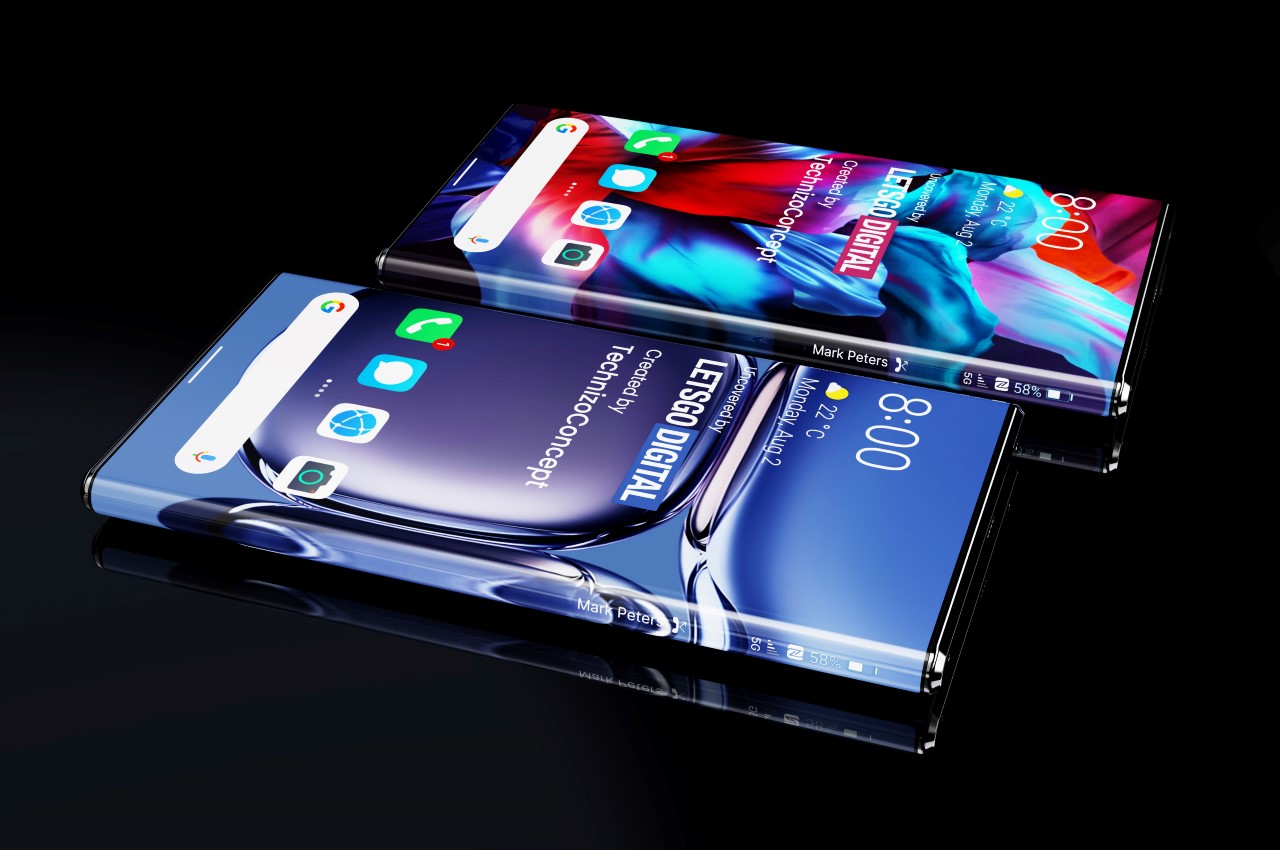 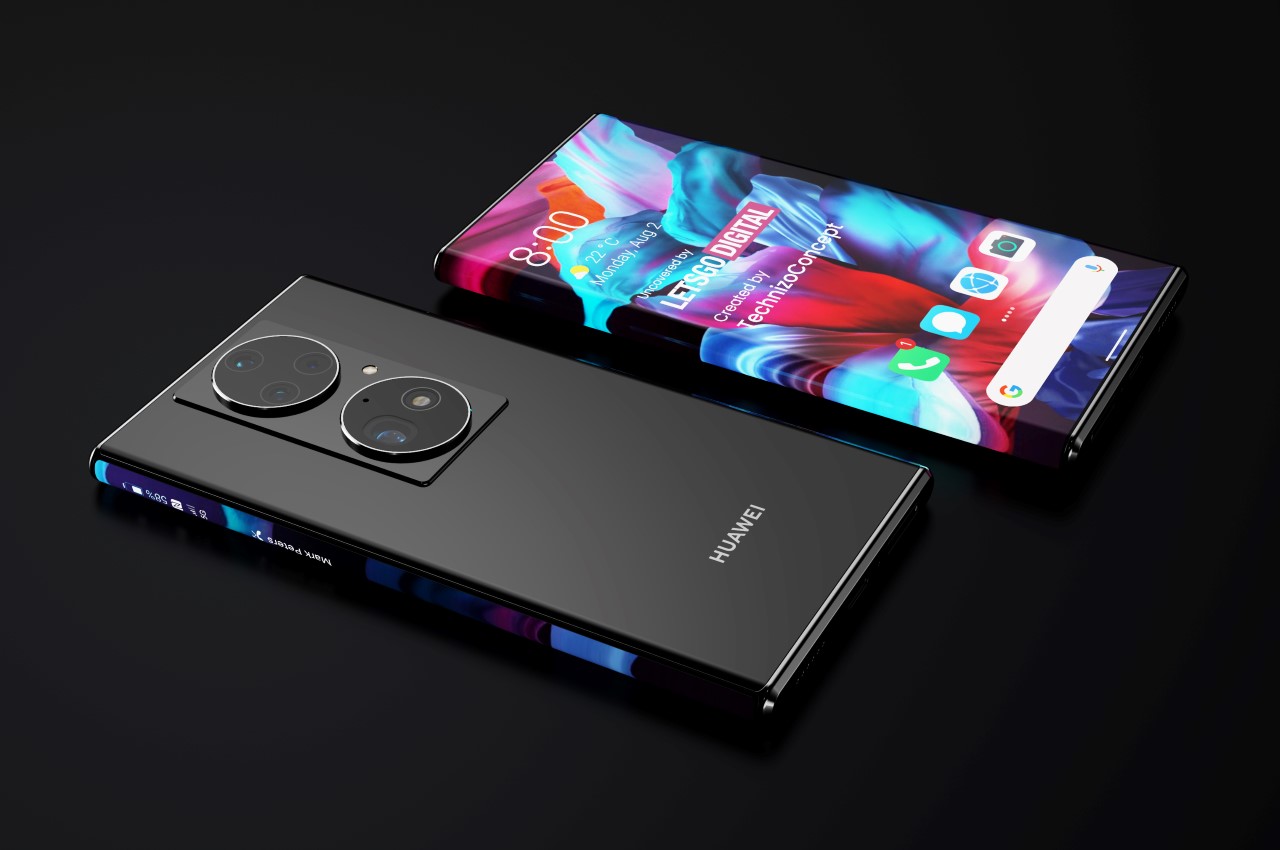 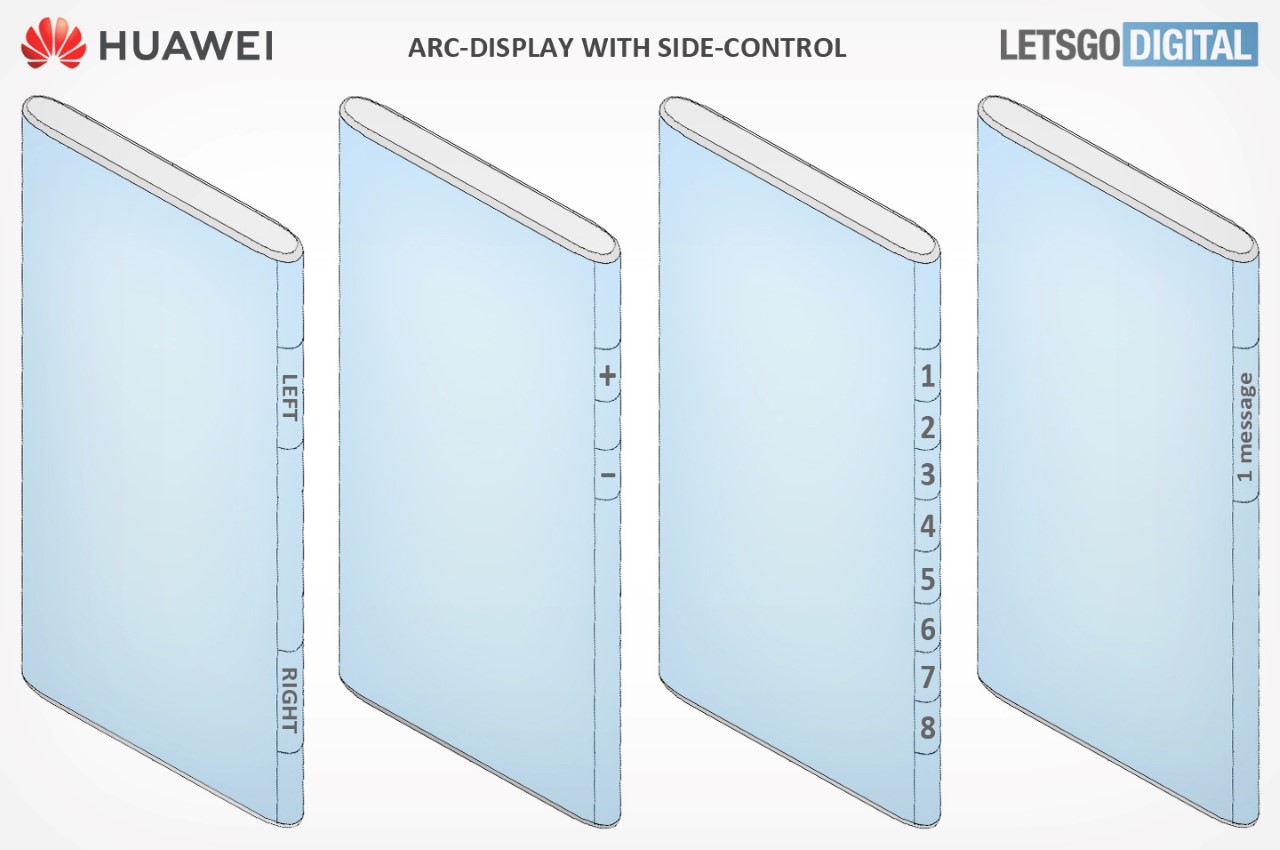 Home Audio Like You’ve Never Heard (Or Seen) It

Designer Chanmi Lee rethinks home entertainment in an all-new, never-before-seen format known as the Wind Sound Bar. Don’t be confused by the name, however… this…

Lambos for Your Legs