A good skeleton tourbillon watch can cost as much as a small yacht… ZEROOTIME’s watches, on the other hand, look just as luxurious, but at 1/100th the price.

The Tourbillon has a pretty interesting history. Invented more than 200 years ago by Abraham-Louis Breguet, a Parisian watchmaker, the tourbillon’s purpose was to fight off the pesky effects of gravity on a pocket watch’s intricate movement. Given that pocket watches were often in one of two positions (vertical in a pocket or horizontal on a surface), their delicate inner mechanisms would suffer from unilateral drag caused by the earth’s pull. To circumvent this, Breguet devised a small cage in which to mount the most important components – the escapement and balance wheel – and had it constantly rotate so as to negate positional errors. He called it a “tourbillon”, meaning “whirlwind” in French, and earned a patent for it in 1801. 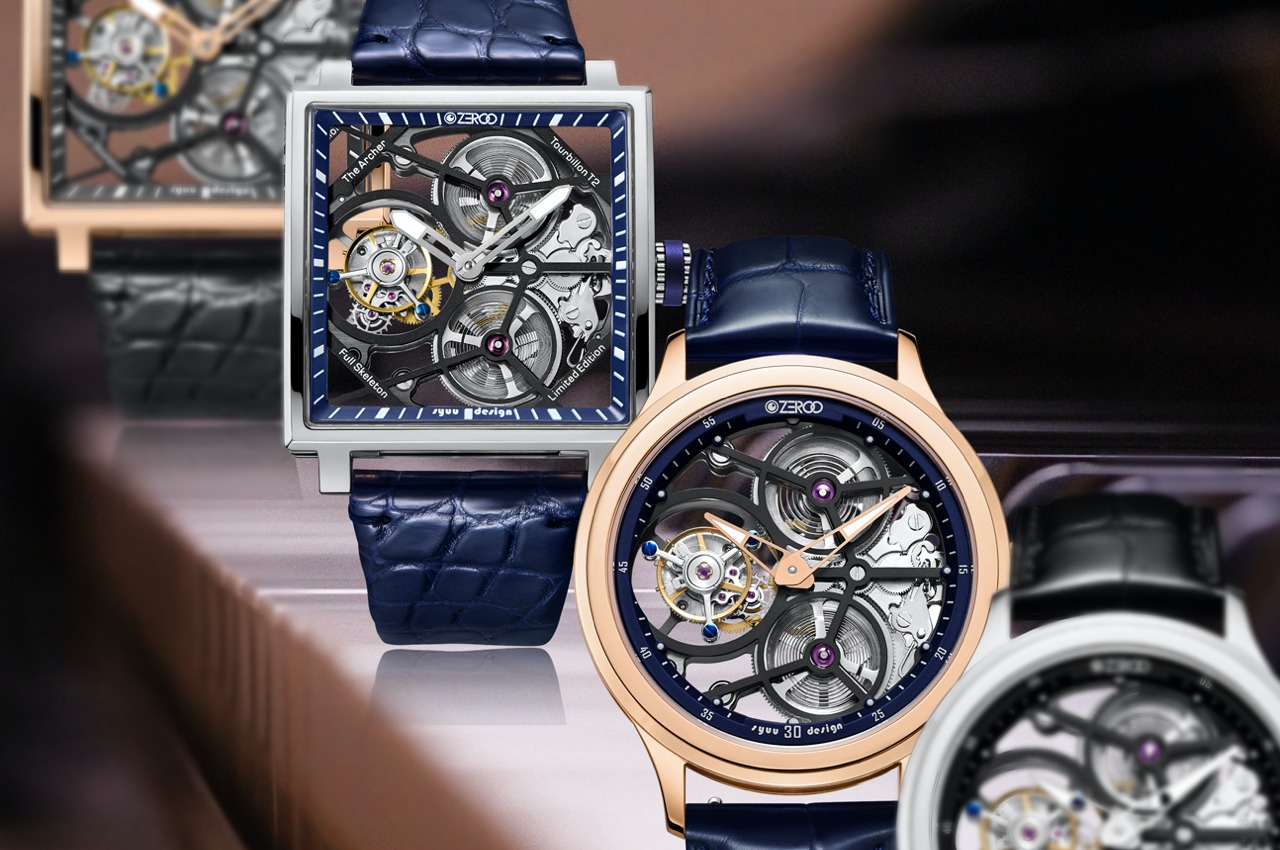 Today, however, the term Tourbillon is relegated to the most luxurious of brands. Given its incredibly ornamental nature (and its immensely intricate construction), luxury brands often charge a ‘premium’ for adding tourbillons to their timepieces; often hundreds of times more than what the timepiece should actually cost. The watchmakers at Japan-based ZEROOTIME are challenging that notion with their affordable Skeleton Tourbillon Watches. By relying on crowdfunding (where you circumvent barriers like retail costs, brand markups, showroom fees, expensive exhibitions) and delivering to-order watches directly to passionate consumers, ZEROOTIME’s been able to make and sell watches at their ‘true cost’. Their 2021 series, titled The Archer, comes in two styles, the T1 Archer with its circular body, and the T2 Square, sporting a square body. Both watches boast of an elegantly bare skeleton-design that lets you see the artistry underneath the dial. The watches showcase the tourbillons at the 9 o’clock position (which is rather rare, given most watches prefer to put it at the 6 o’clock position) and have double-springs located at 1 o’clock and 5 o’clock positions, giving the watch a power reserve of 72 hours. 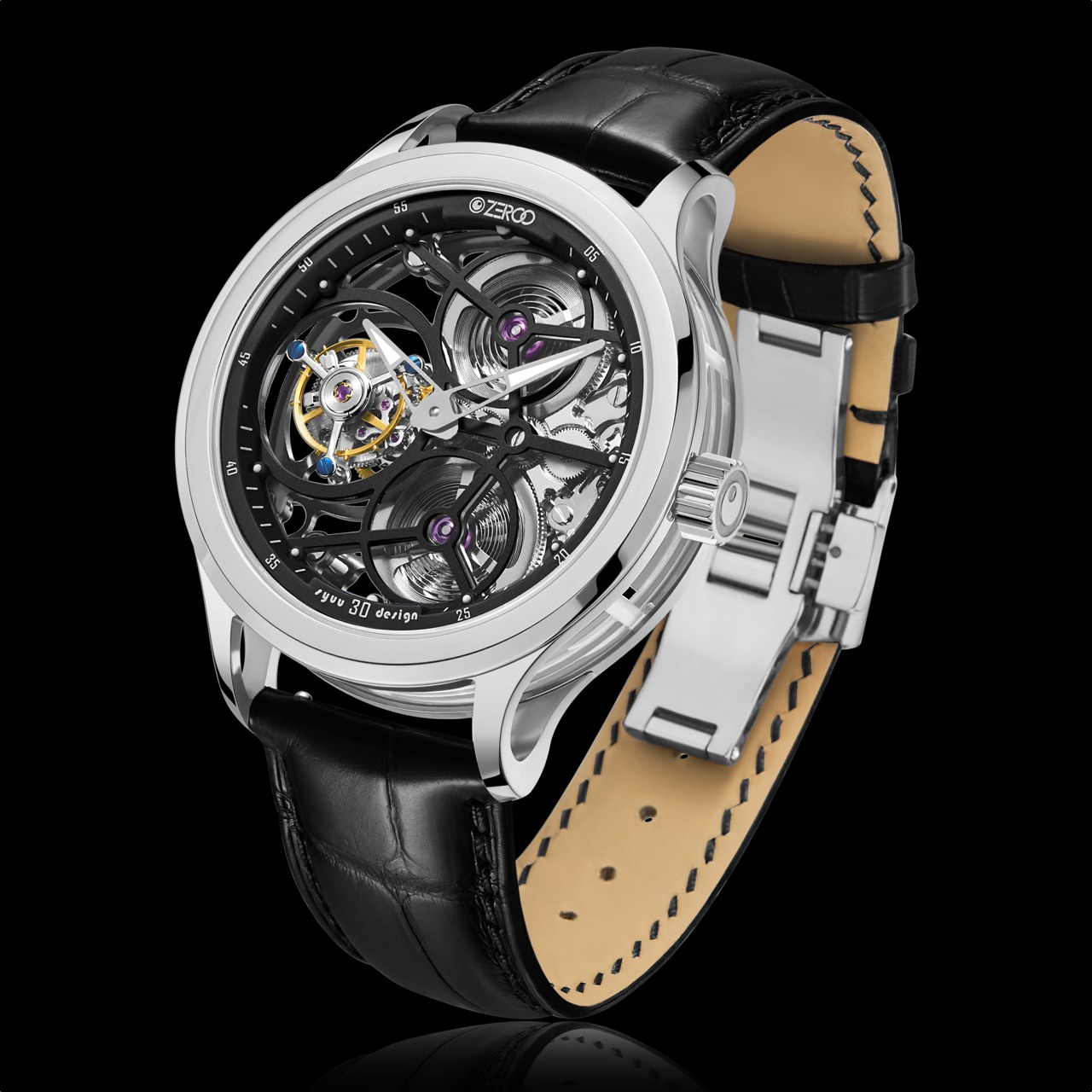 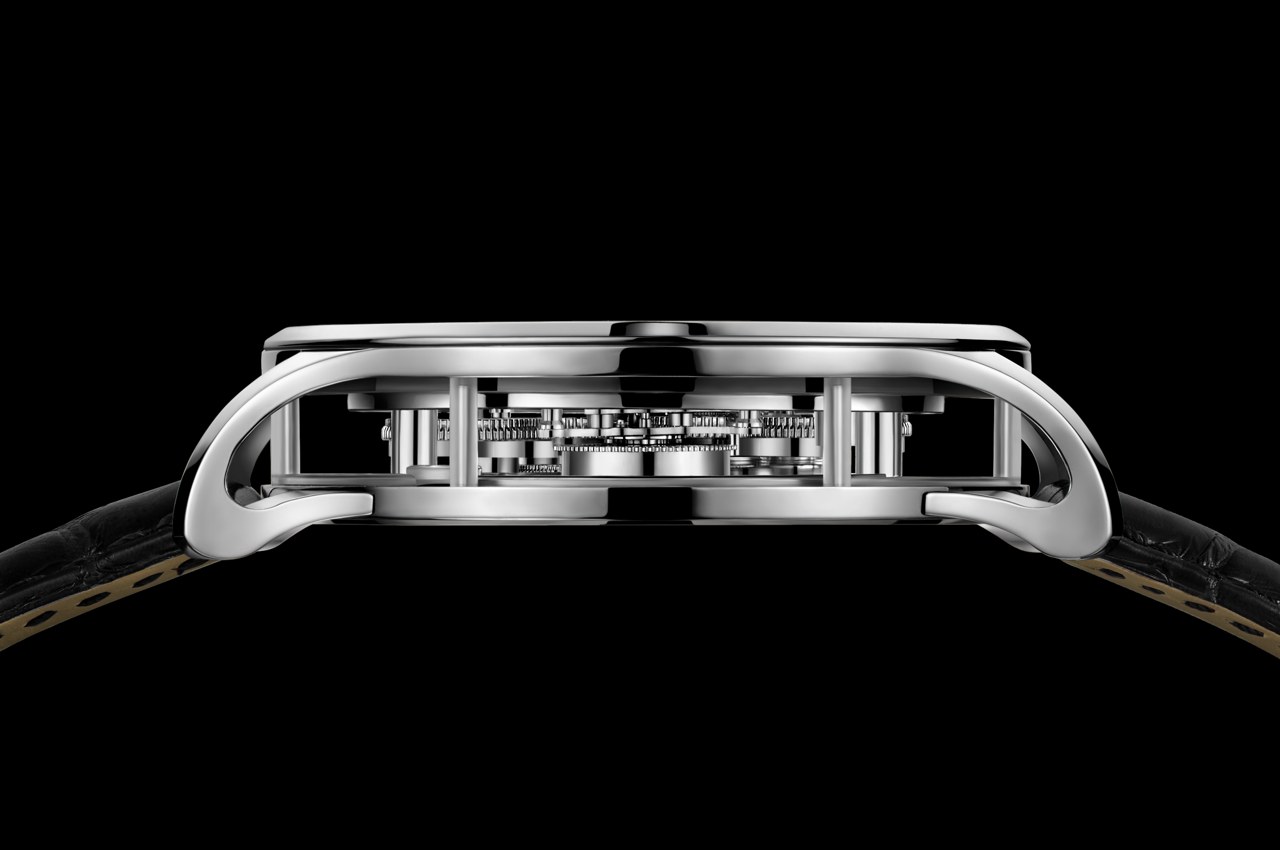 A full skeleton body to allow a 360-degree view of the inner structure. 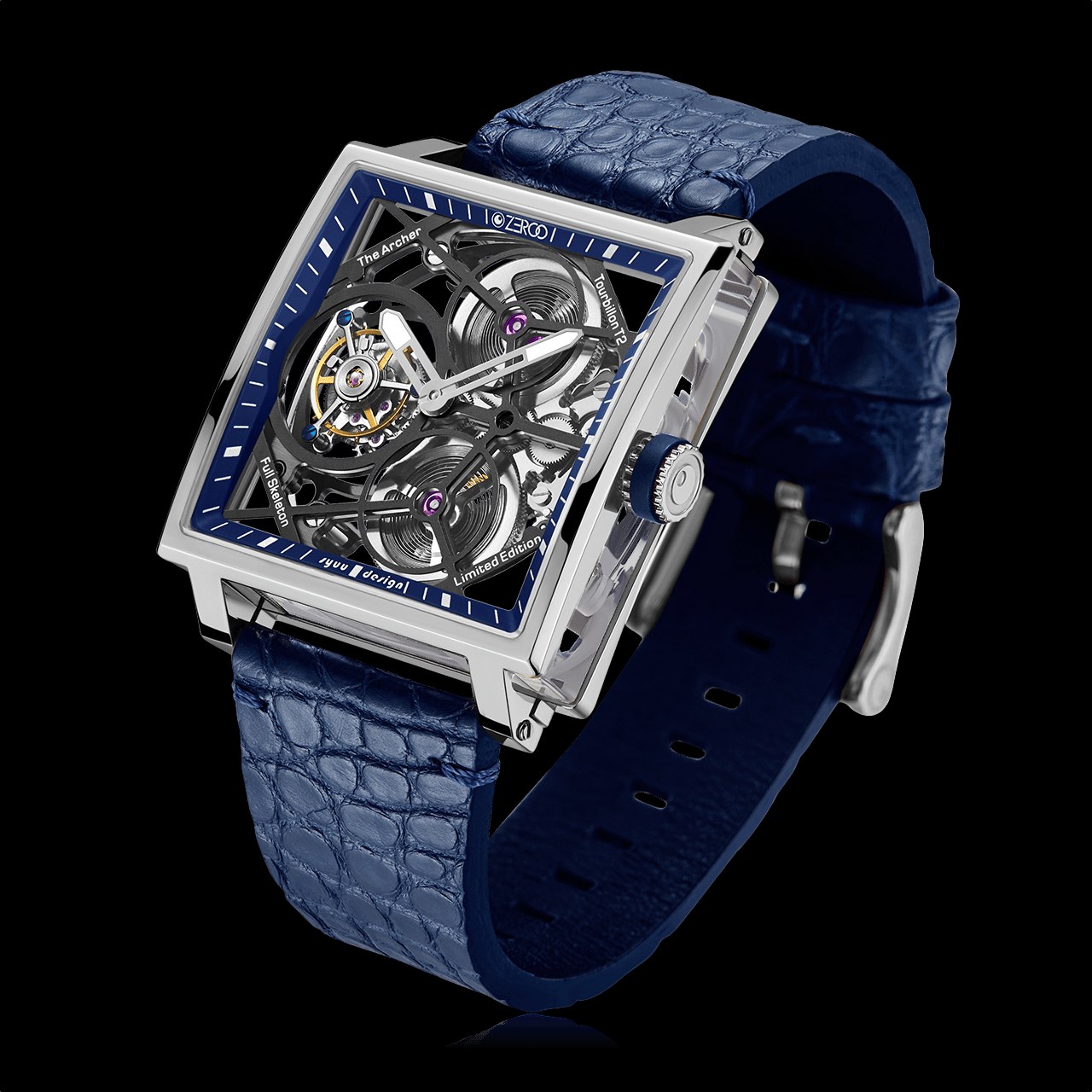 In the pursuit of creating a watch that’s as skeletal as possible, the Archer series boasts a transparent rim around the watches too. The case, with its sparingly minimal design, comes made from 316L Stainless Steel, and is capped on the top and bottom with Sapphire Crystal displays that let you observe the tourbillon’s choreographed dance. The rim of the watch sports a crystal glass ring too, letting you see the movement from the side too, giving you an unusual view of the tourbillon that’s rare to come by in watches. Each watch comes with a Nightglow Lumionva coating on the hand as well as the markings around the incredibly slim rim, and when the hand reaches the 3 o’clock position, the skeletal frame and hand look almost like a bow and arrow… leading to the series being fittingly named ‘Archer’. 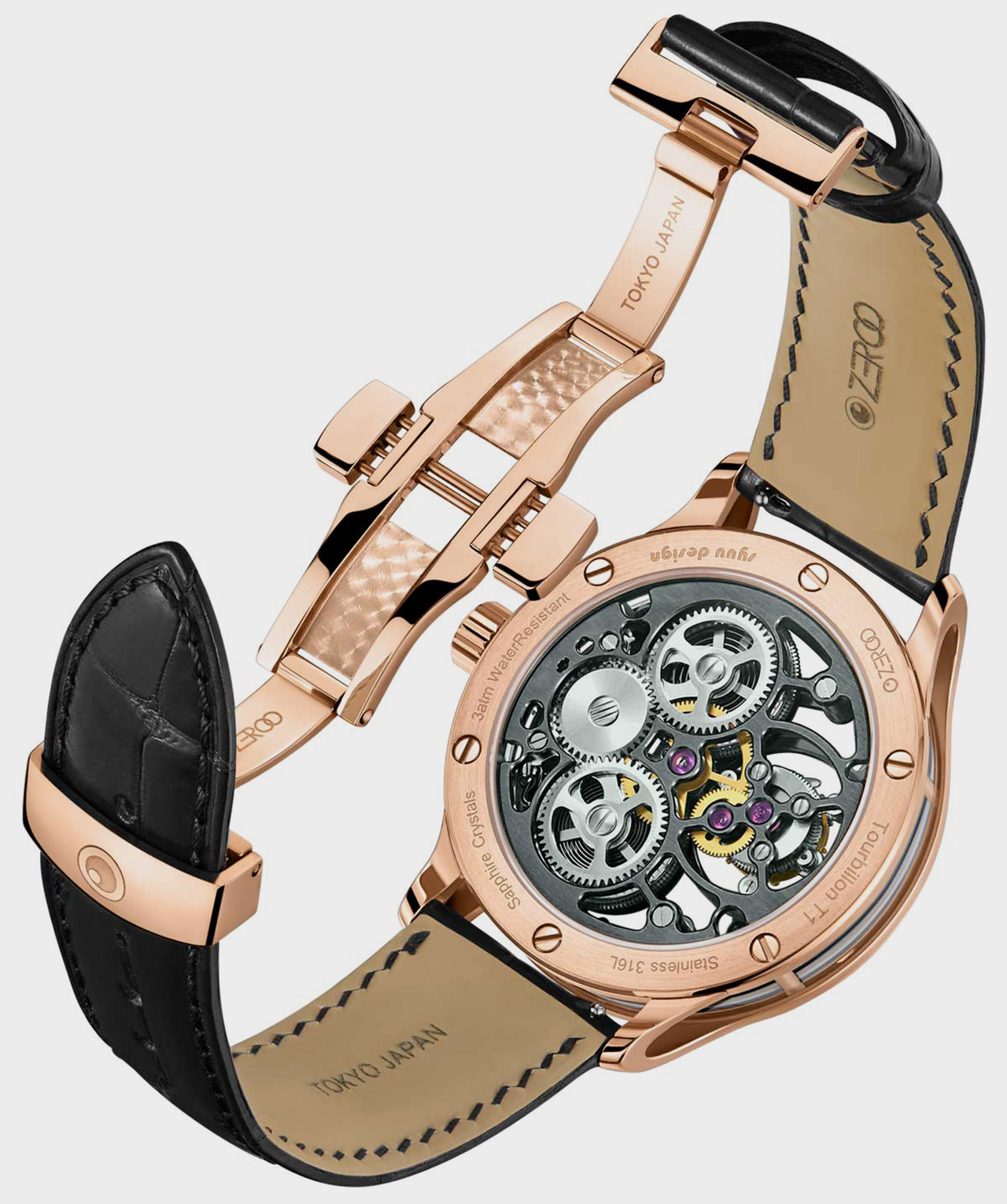 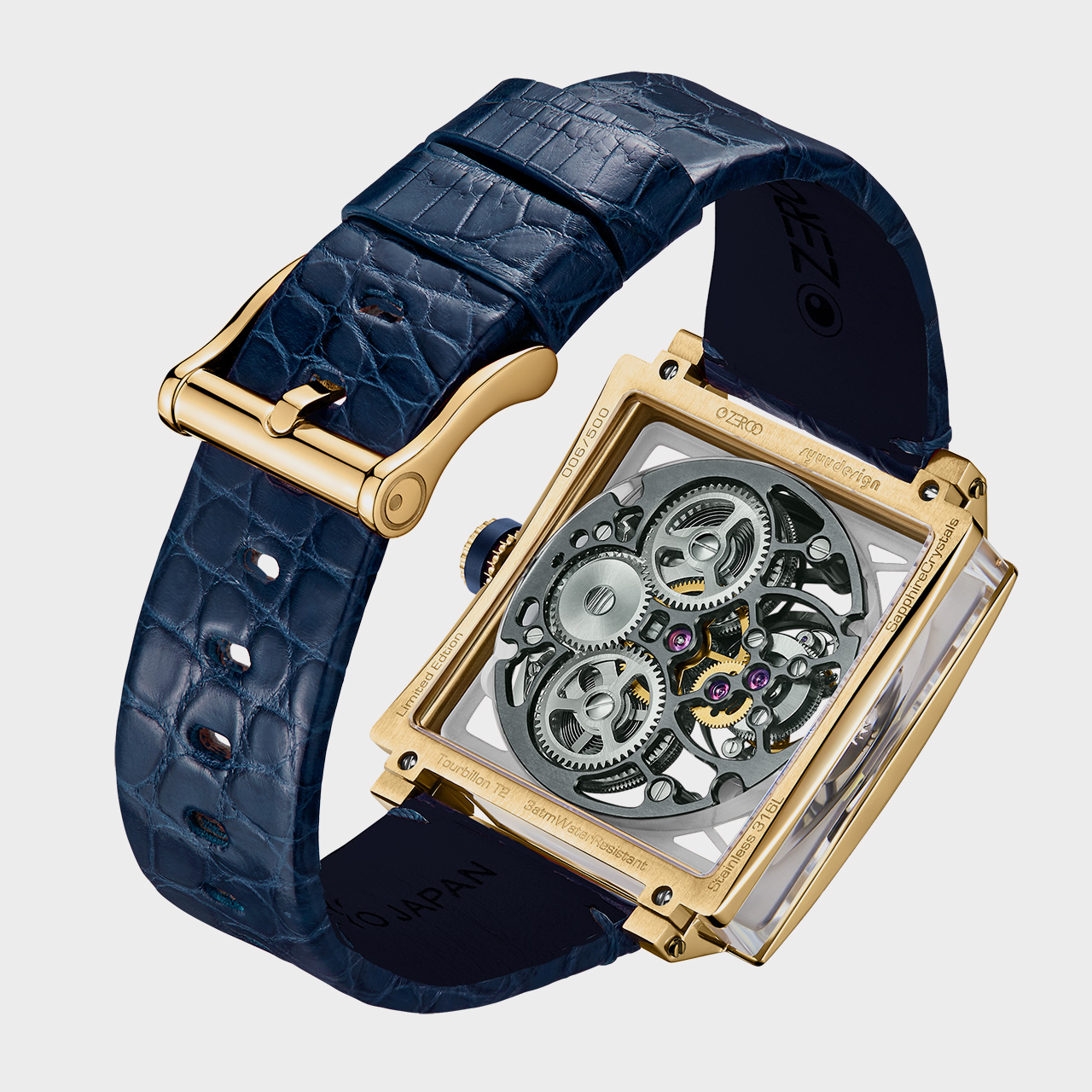 The two watches within the Archer series are limited to just 250 units each. This helps the watchmakers at Zerootime plan their supply chain like clockwork (for the lack of a better term!) and allows them to narrow the cost of each watch down to the exact dollar needed to keep the company in the green while allowing patrons to receive high-quality Japanese-built timepieces. The circular and square-shaped watches come in two styles – a silver skeleton-body matched with a blue handmade leather strap, and a golden skeleton body complemented by a black handmade leather strap. With a $1,500 price tag, the Archer series are probably the most reasonably (or rather, fairly) priced Skeleton Tourbillon watches. Each watch even comes with a 2-year warranty and sits upon a leather cushion inside its premium wooden case (with beautiful Rolls-Royce-inspired doors) that also doubles as the warranty certificate.

Amazing advancements have been made in 3D-printing technology, but designer Sebastian Bertram has taken it a step further, expanding the capabilities of 3D printing to large-scale…

I’ve heard of making music, but the BOSEbuild wireless speaker takes it literally! This badboy is a hi-fi audio speaker, but it comes absolutely disassembled, like…

The New Pendant Lamp for Wästberg is a creative piece of work by Claesson Koivisto Rune. The lamp seems surprisingly small, yet tactile and friendly. Crafted…