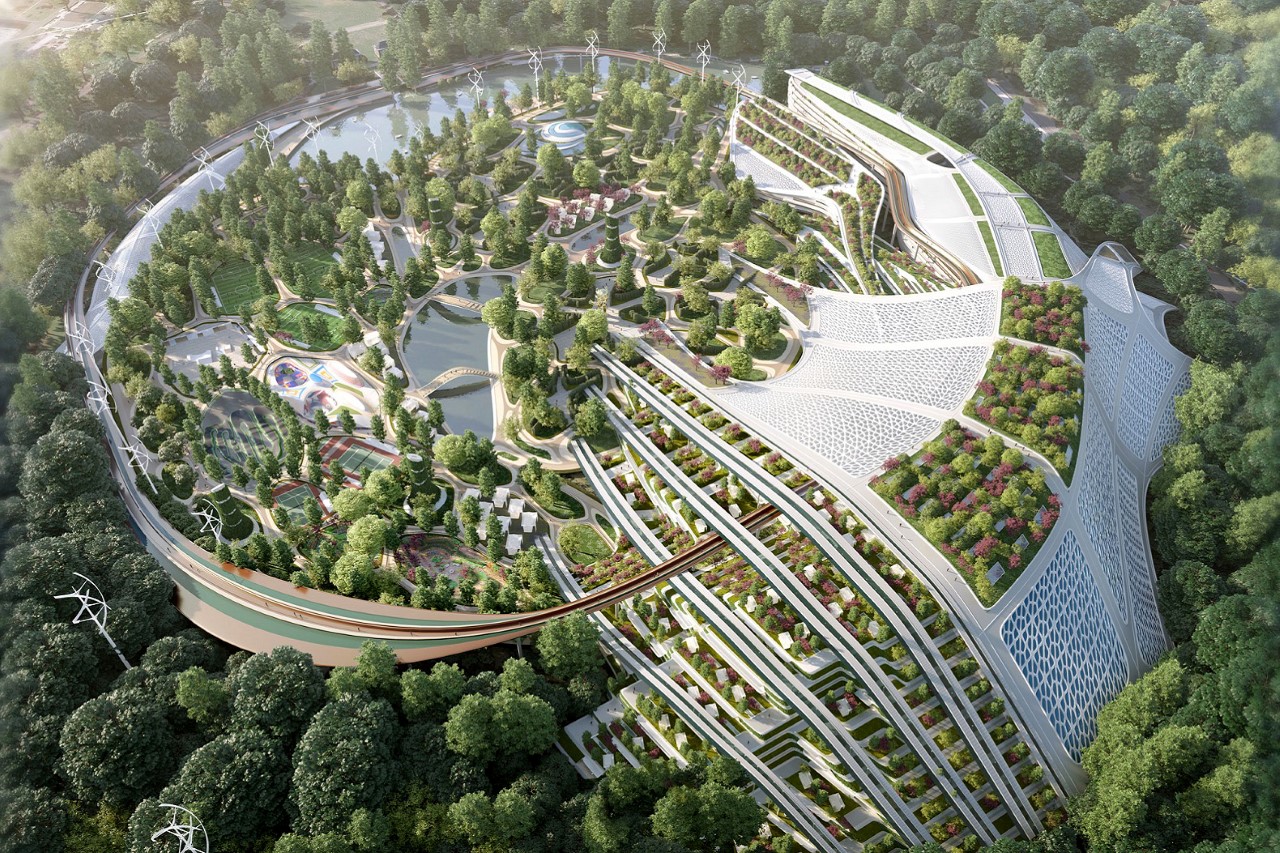 Titled the ‘Garden City of the Crescent Moon’, this eco-urban project by architecture studio Rescubika locates itself on the eastern fringes of Paris within the Bois de Vincennes, the city’s largest public park. Although conceptual for now, the hypothetical project explores how new health, ecological, energy, climate, and sociological challenges will help redefine architecture and urban environments. 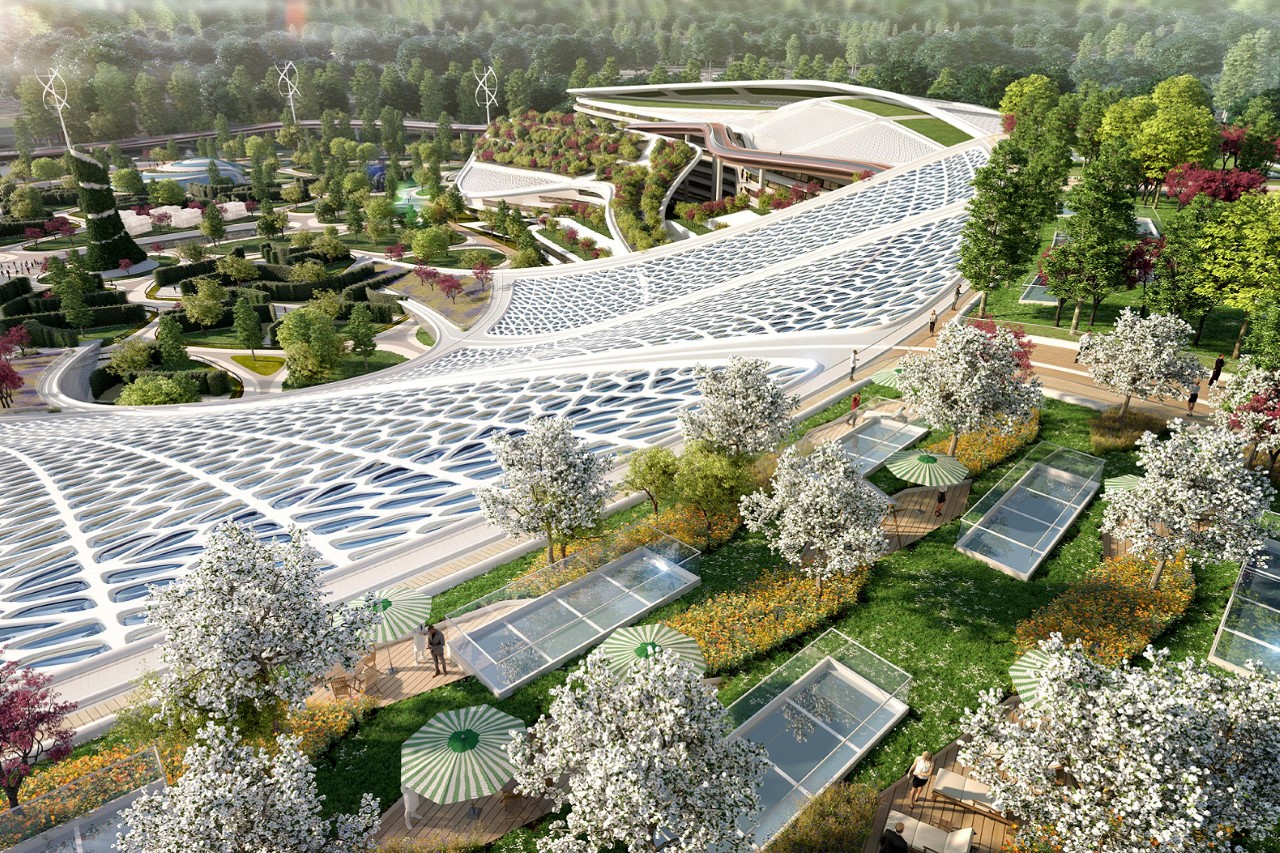 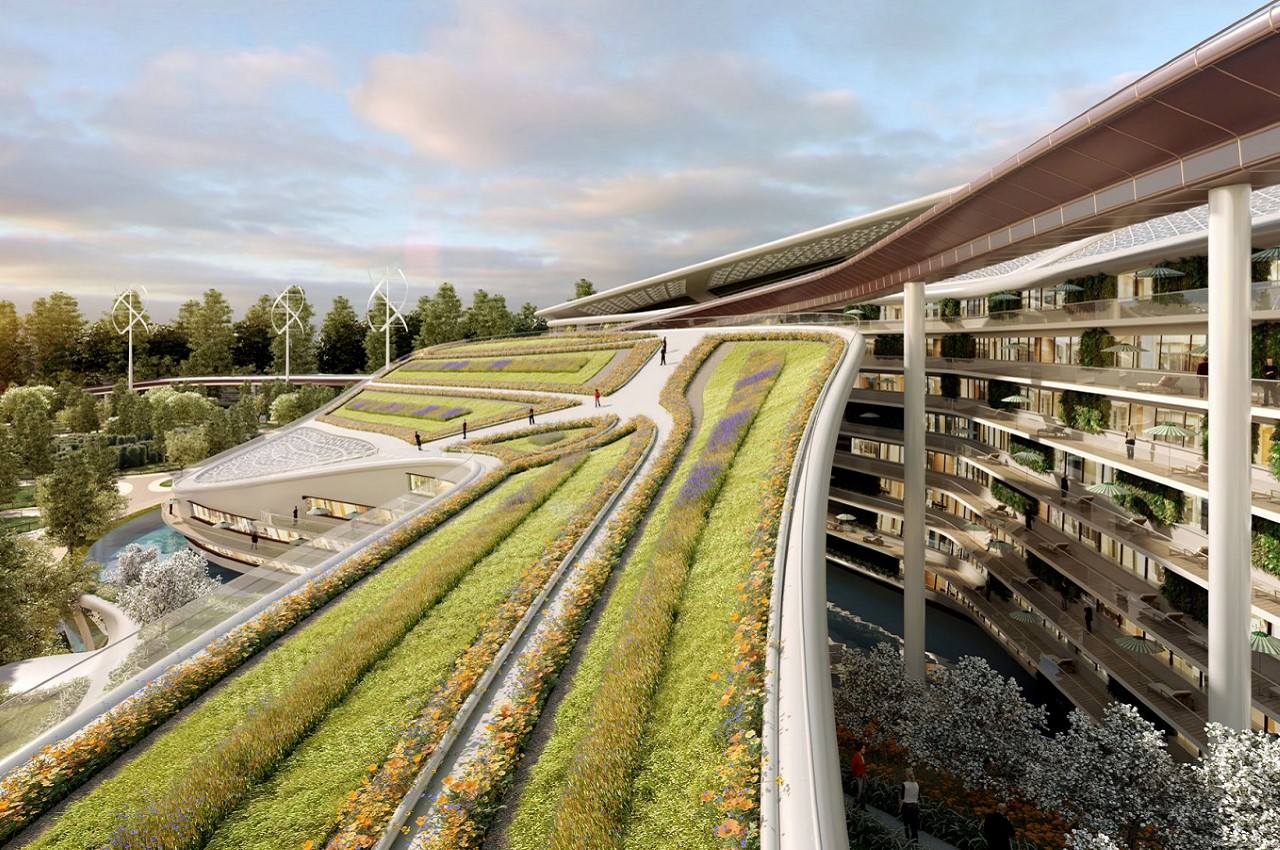 The theme of proximity focuses on self-reliance by putting all aspects needed for sustenance within the boundaries of the city. This meant embracing urban agriculture on a massive scale. “First of all, urban agriculture allows us to produce food within the city”, says Benoit. “Whether it is yards, roofs, or even public spaces, they can be used to produce basic commodities such as corn, beans as well as herbs and spices, etc., and make cattle breeding directly in town, such as dairy production activities.” This would then foster the rise of local shops and markets, bringing citizens closer to their local markets and communities, and allowing all necessary resources to be within ‘proximal distance’ of the residents. On a side note, urban agriculture would also help improve soil quality and reduce air pollution, promoting healthier living. 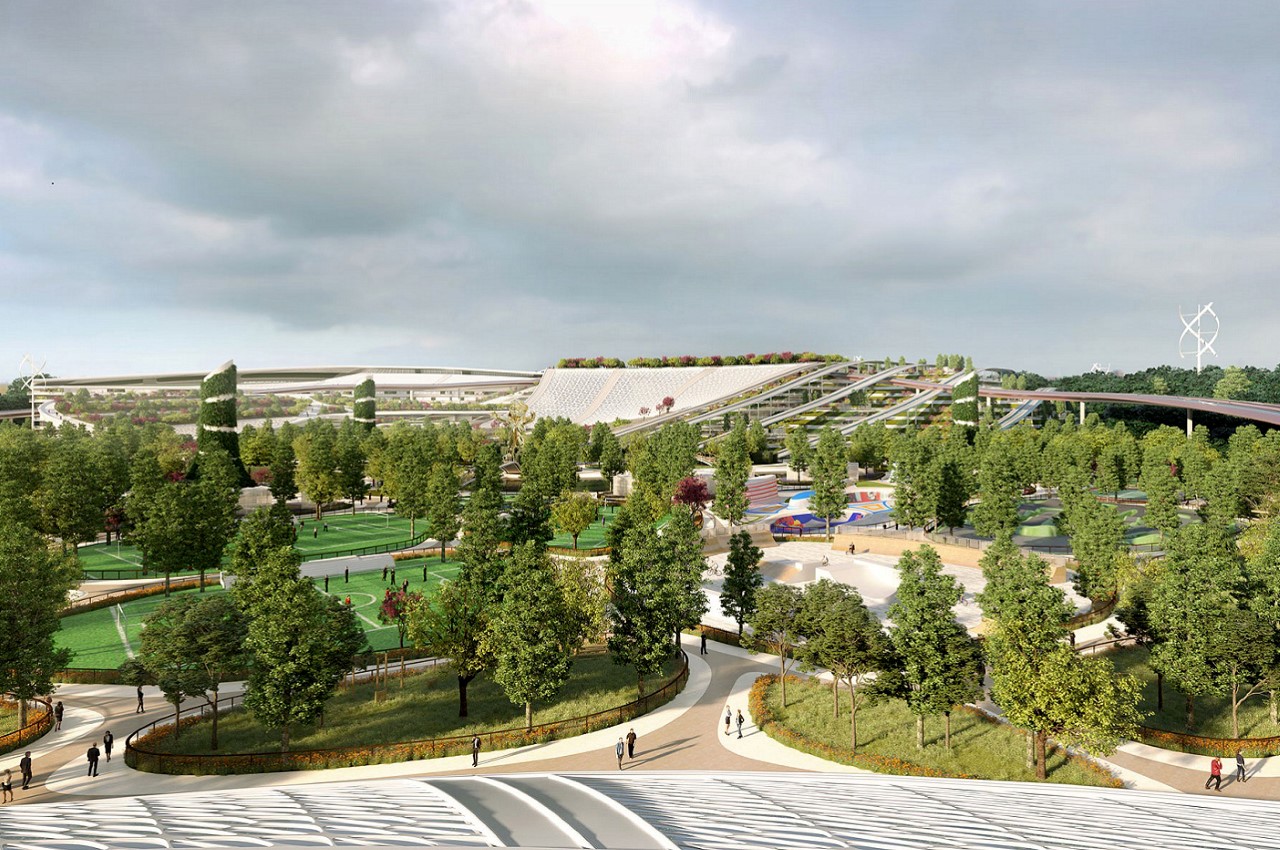 The idea of instantaneity is ‘purely related to being able to enjoy urban facilities’. A direct result of the proximity built into the city’s design, Rescubika hopes the Garden City’s dwellers will rediscover the notion of time, given that all of the city’s hallmarks, from its offices to houses, recreational spaces, sports complexes, and cultural facilities, are just a heartbeat away from each other. 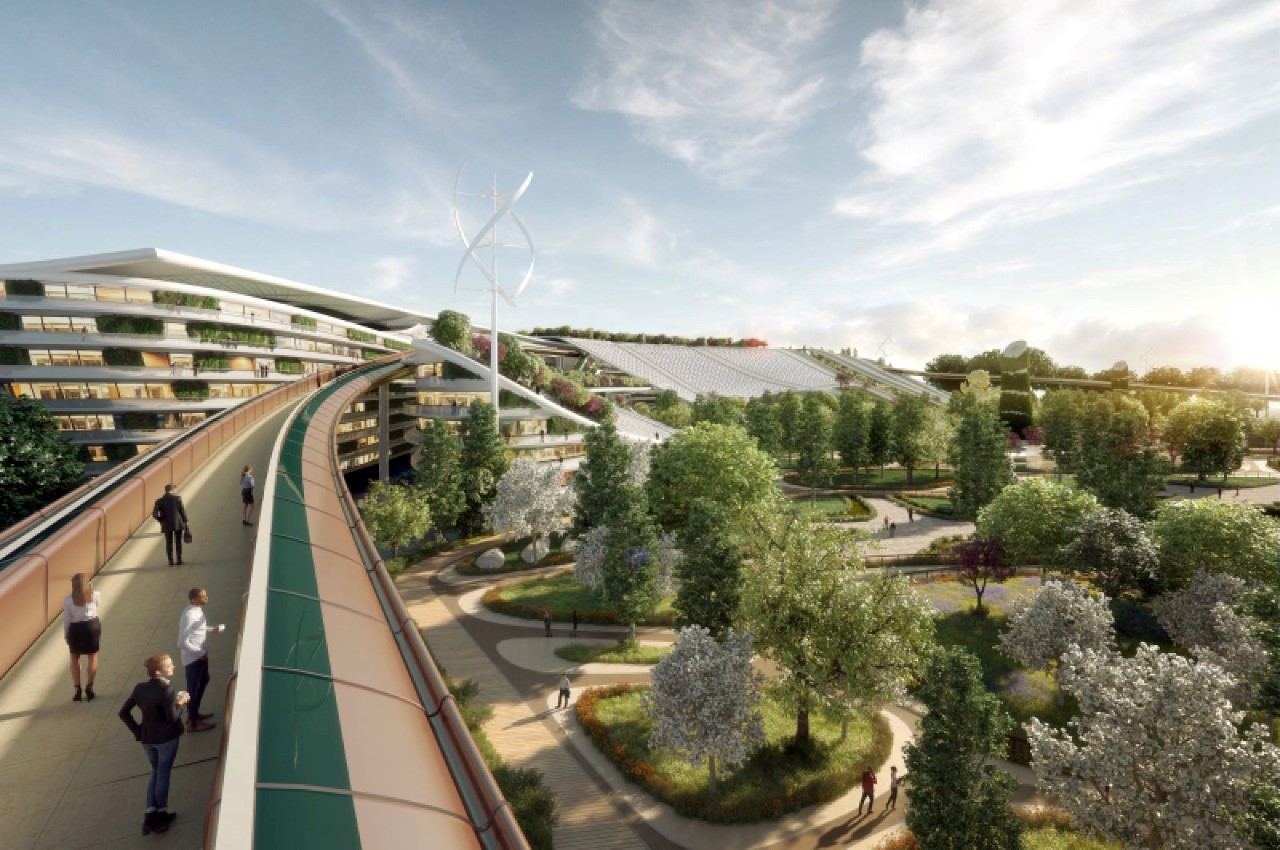 The fact that the Garden City was envisioned on the outskirts of Paris is very telling. It isn’t just about creating a model city where there’s ample space for construction, it’s also emblematic of a revival, a redefinition of the city as we know it… designed to exist outside of the ‘old city’ area of Paris, both literally and figuratively. 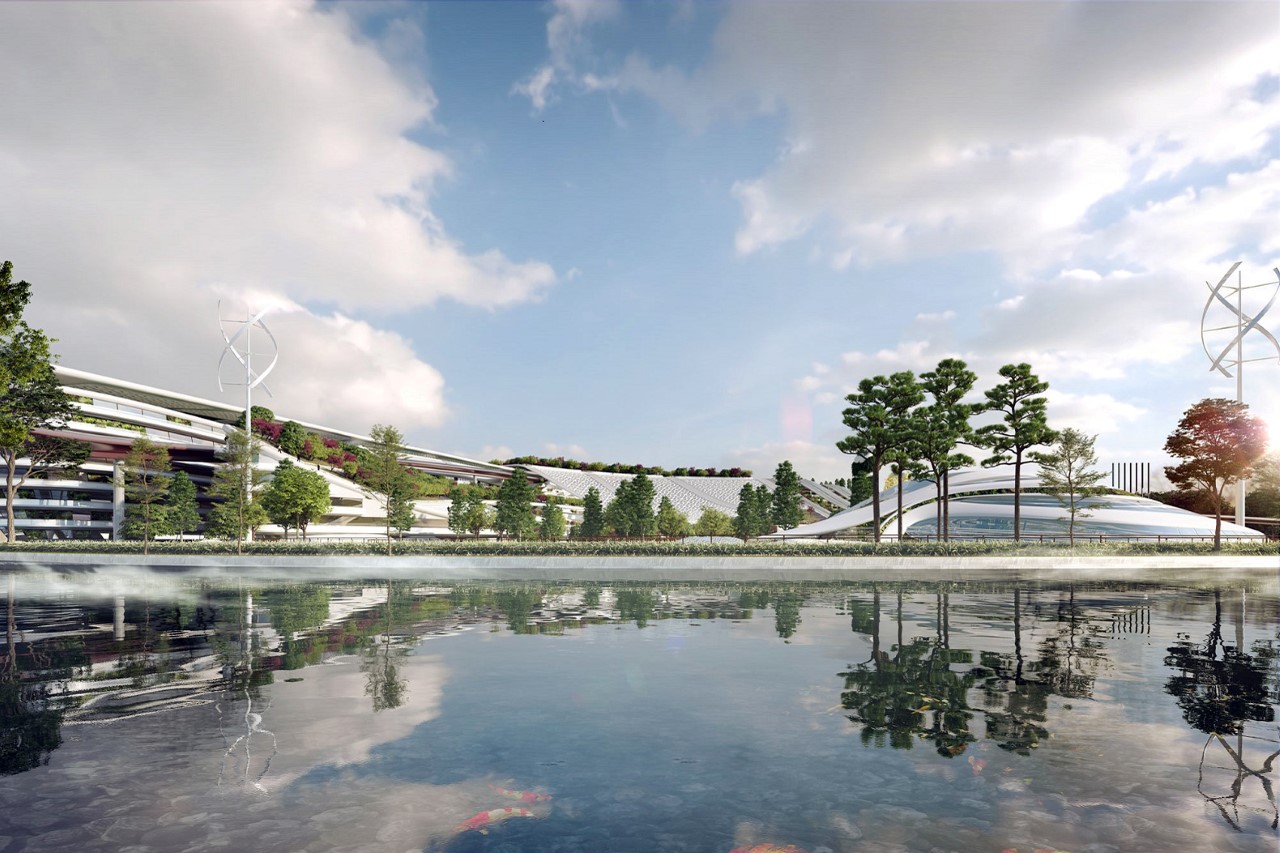 The Santa Elena student residence is a new bioclimatic dormitory for students living in the rural areas of Peru’s central jungle. For children living in…

Tiny living isn’t only for cabins and campers. Making the most of a small studio apartment space takes some serious skill and creative know-how. However, when it comes to apartments,…