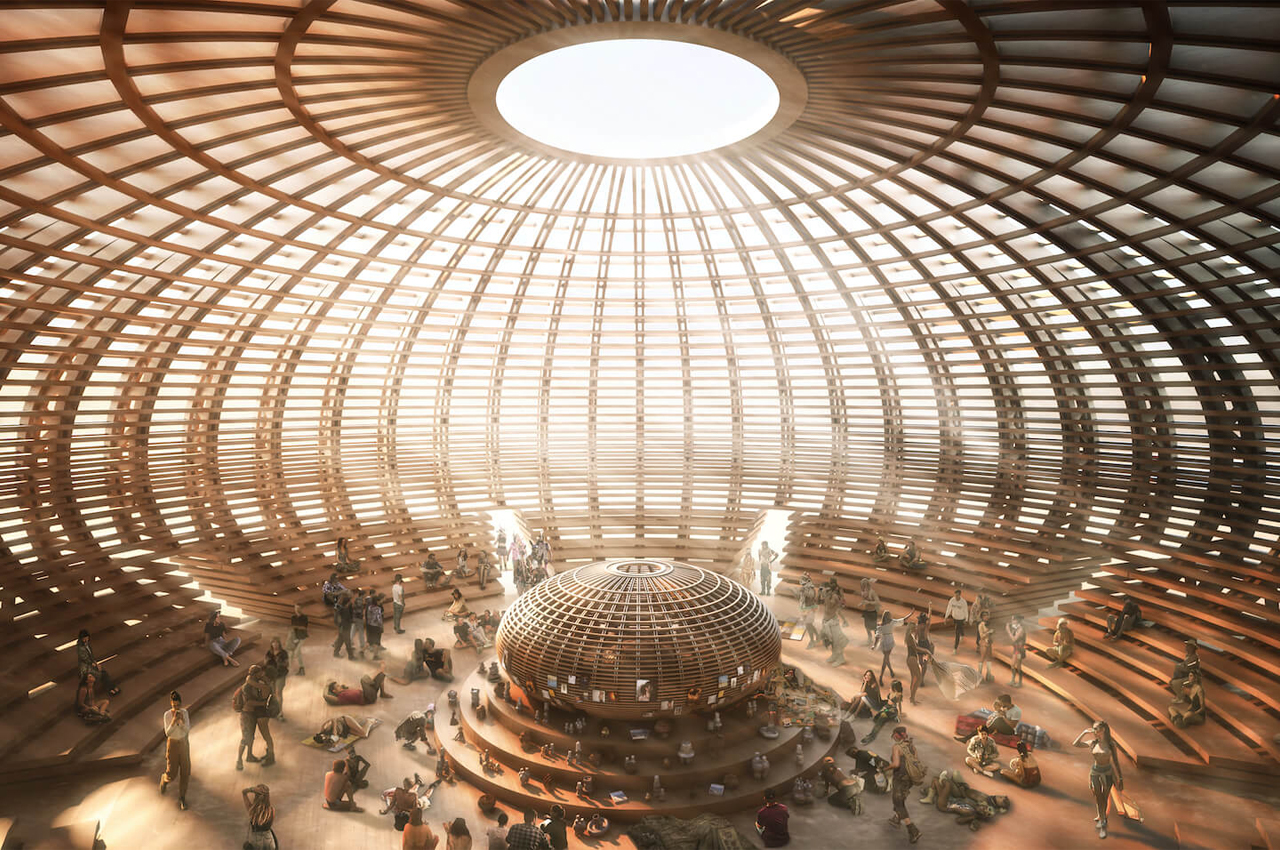 The Temple to Burning Man is like Apple to Silicon Valley–it’s what it’s known for. At Burning Man, a nine-day desert gathering, the Temple is burned to the ground in total silence on the eighth and final night. While the Temple functions as a non-denominational, spiritual gathering space for Burning Man’s attendees, it represents a blank canvas for people to leave objects and words behind to be burned. Fernando Romero Enterprise (FR-EE), a New York and Mexico City-based architecture firm, revealed Holon Temple, an all-timber, spherical structure that’s designed to be burned.

The timber structure features interior replica altars with surrounding steps/stairs where festival-goers can reflect and meditate before the Temple burns to the ground. Each year, a new Temple is burned in Black Rock Desert, Nevada, where Burning Man is held and each year, the Temple represents something new. The wooden globe developed by FR-EE was named Holon Temple after Greek philosophy. Holon expresses that something is whole in and of itself as well as a part of a larger whole. 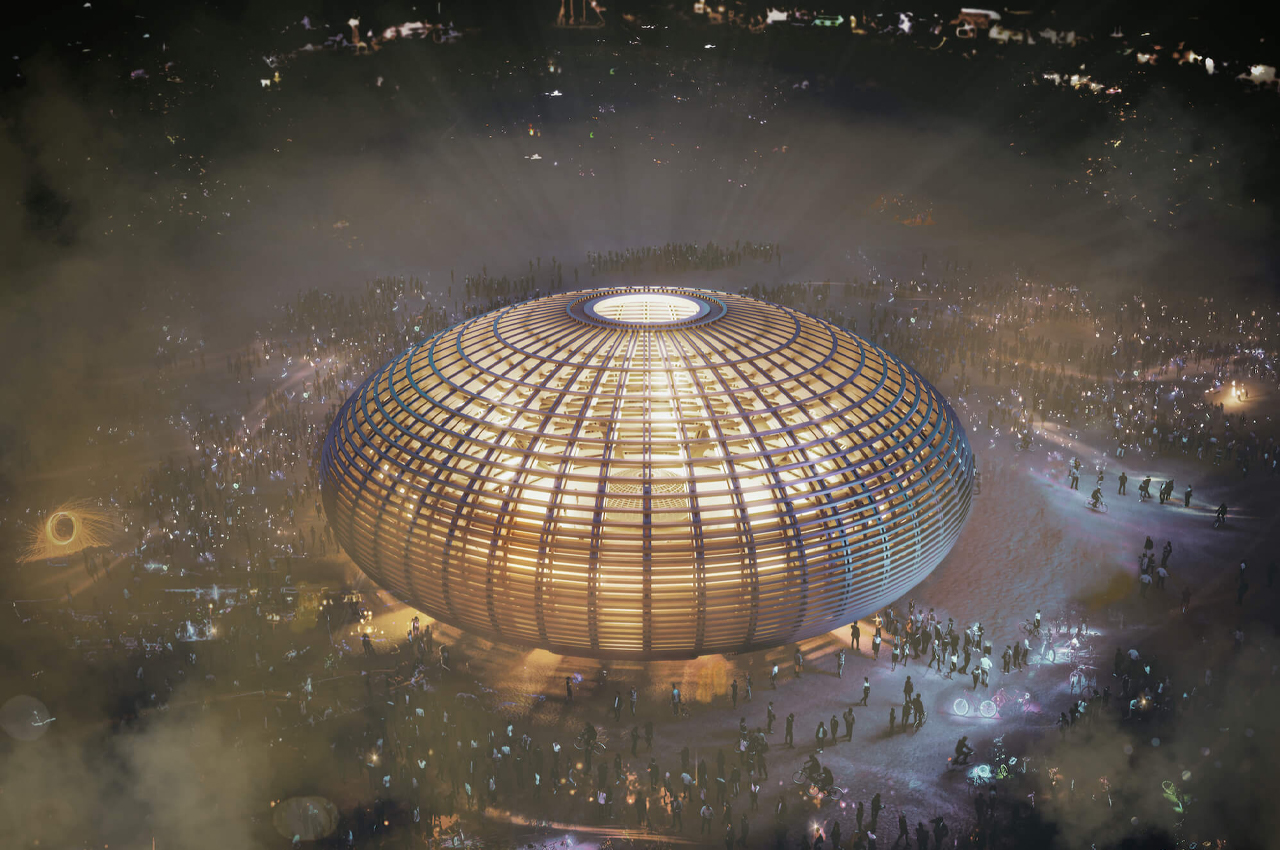 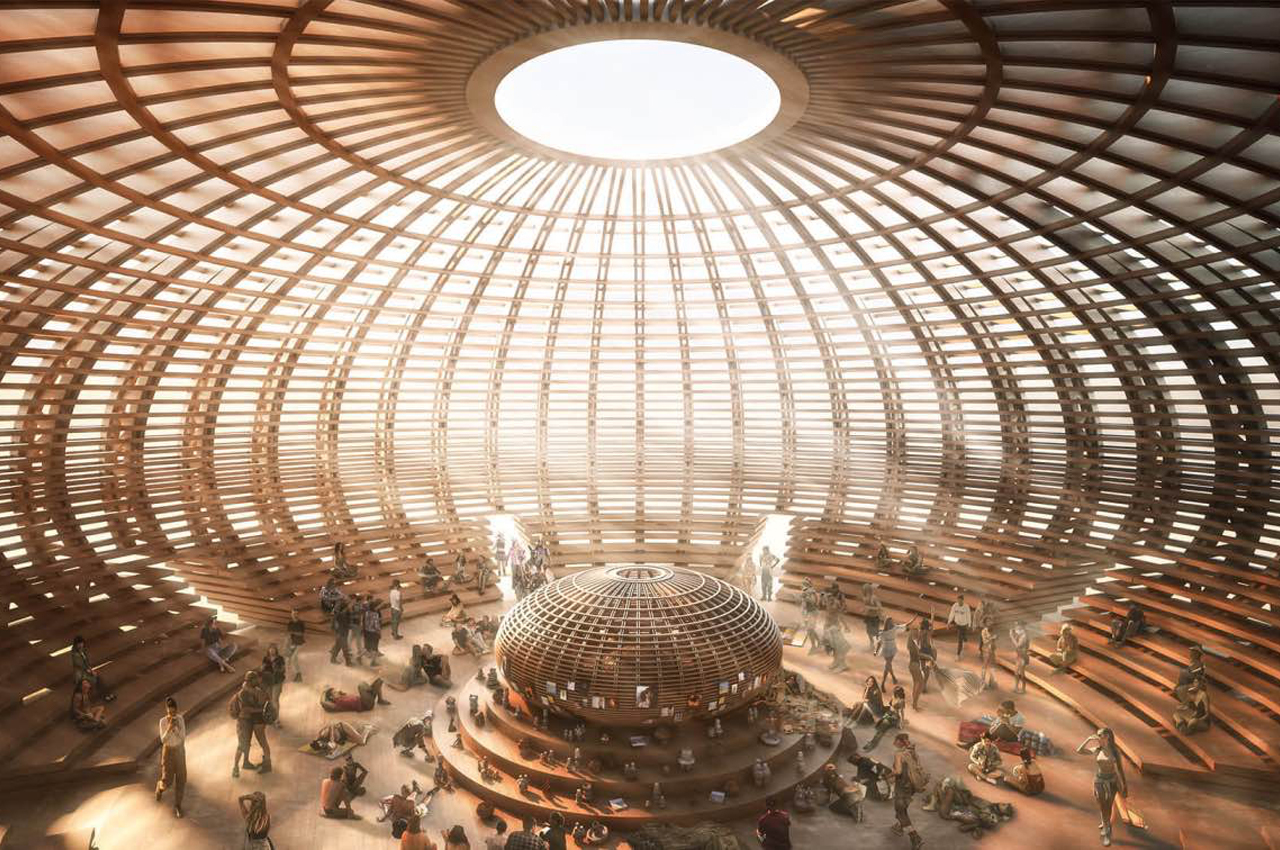 At Burning Man, wooden structures are designed to be burned as part of the festival’s spiritual mission. Describing the inspiration behind Holon Temple, FR-EE notes, “It can be conceived as systems nested within each other. Every entity can be considered a holon, from a subatomic particle to the entire Universe. In the design concept for our proposal, the temple represents itself as the multiverse, a group of nested universes, a holon.” Similar to the grids of latitudinal and longitudinal lines on globes, Holon Temple is built on 48 “latitudinal” trusses and 34 “longitudinal” wooden beams, a number representative of the years Burning Man has existed. 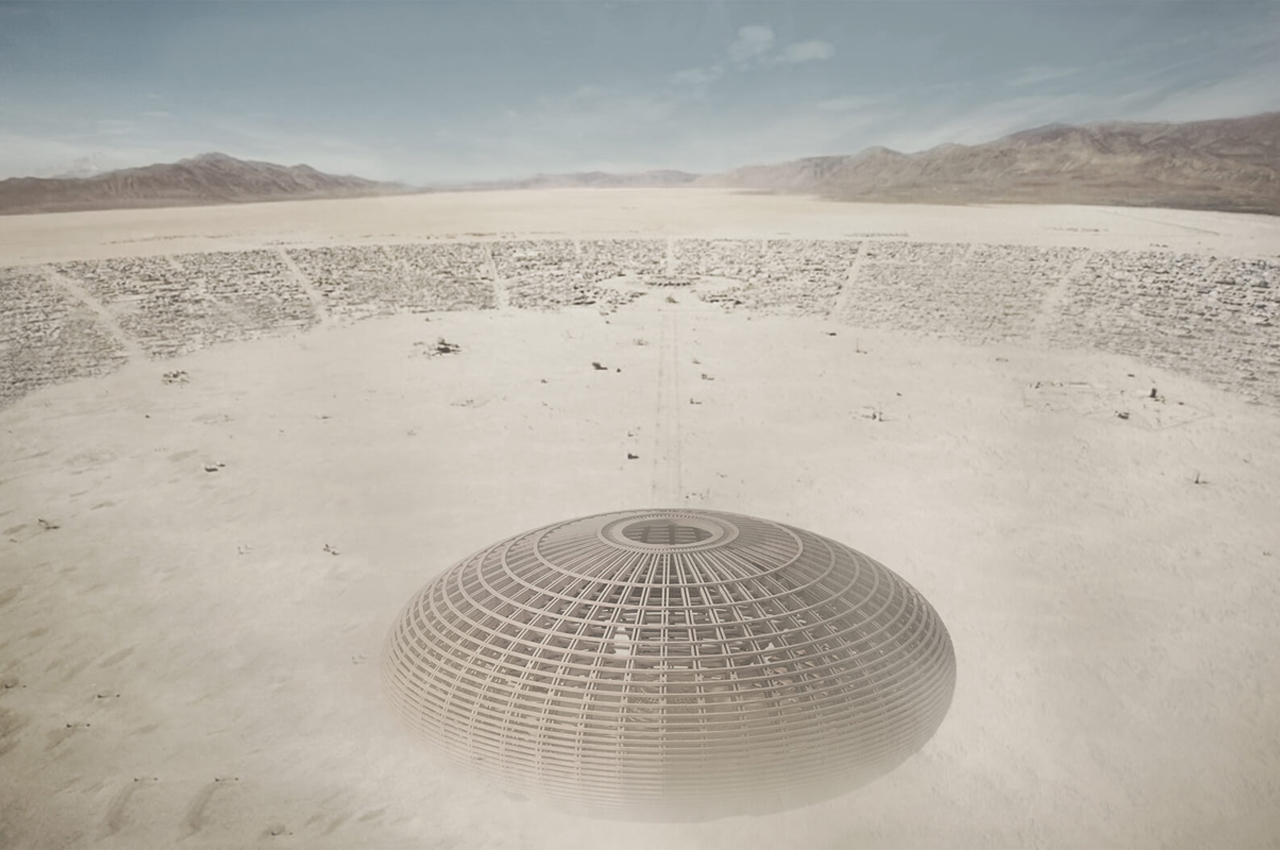 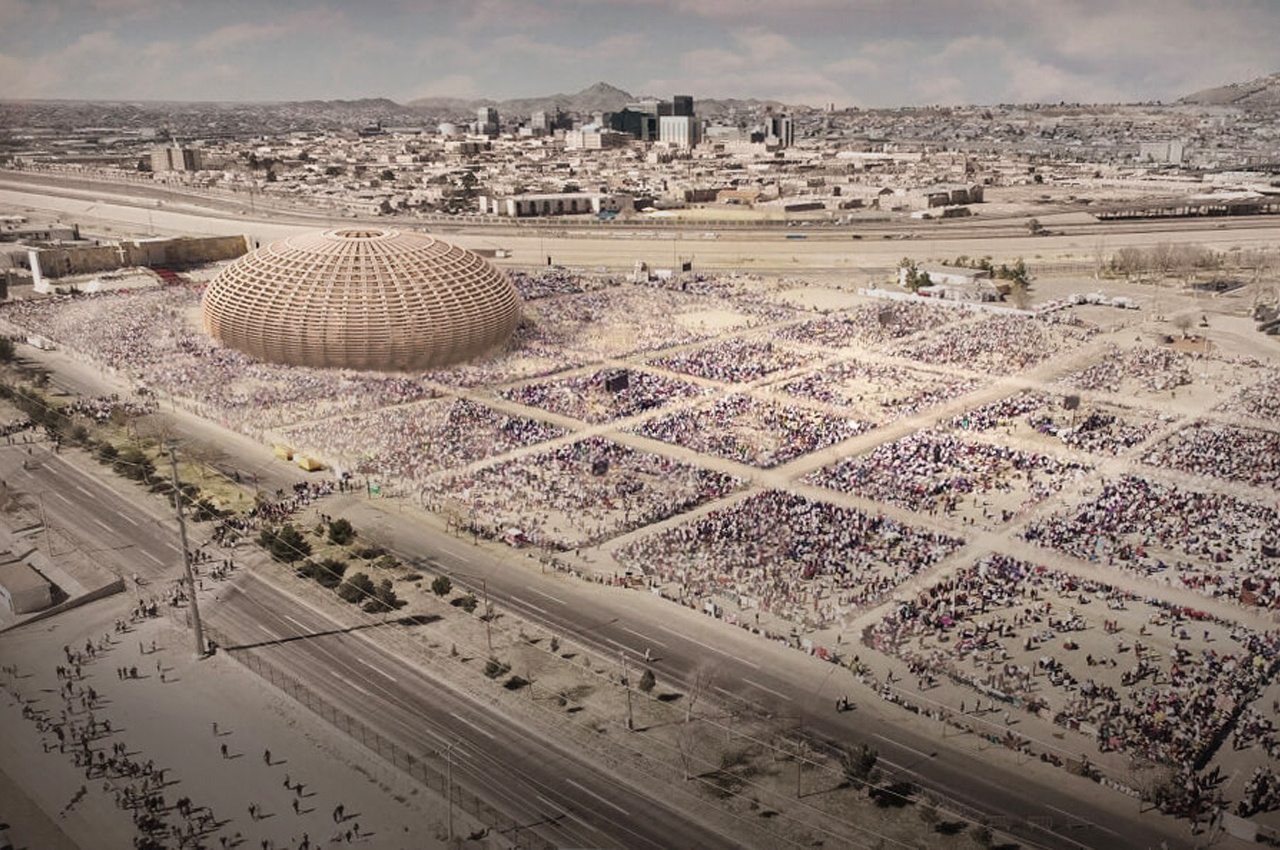 From the outside, Holon Temple really does appear like a globe, a microcosmic model of Earth in the Black Rock Desert. The curvilinear trusses and globular structure of Holon Temple are symbolic of perfect order in the Universe and the Temple stands as a whole in and of itself, in addition to being part of a larger whole. On the eighth night of Burning Man, either the entire Temple or a miniature replica inside of Holon Temple would be burned. As the interior altar burns, the smoke would rise through the Temple’s cluster of compression rings, symbolizing the inevitable return of parts to a whole. 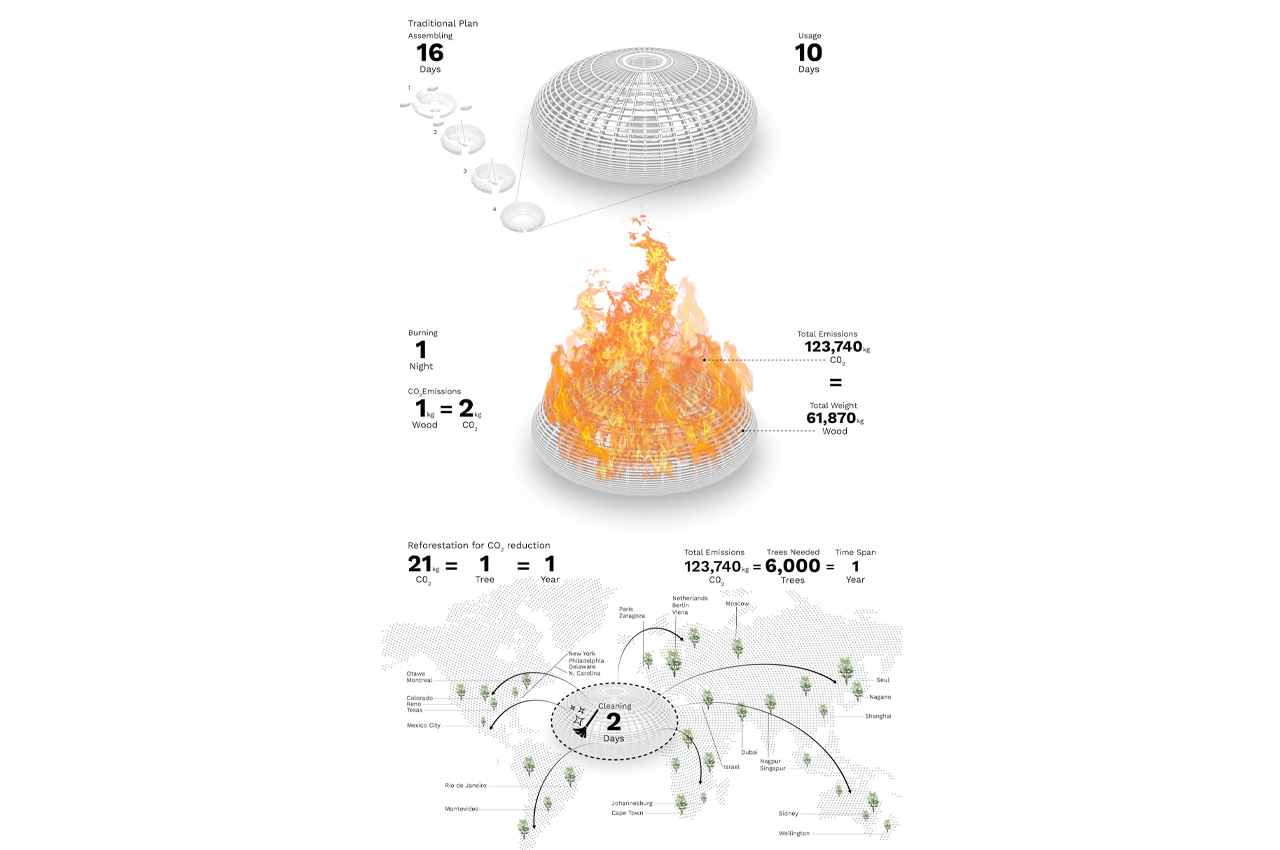 As part of their bid for a spot at Burning Man, the environmental impact and give back had to be calculated. 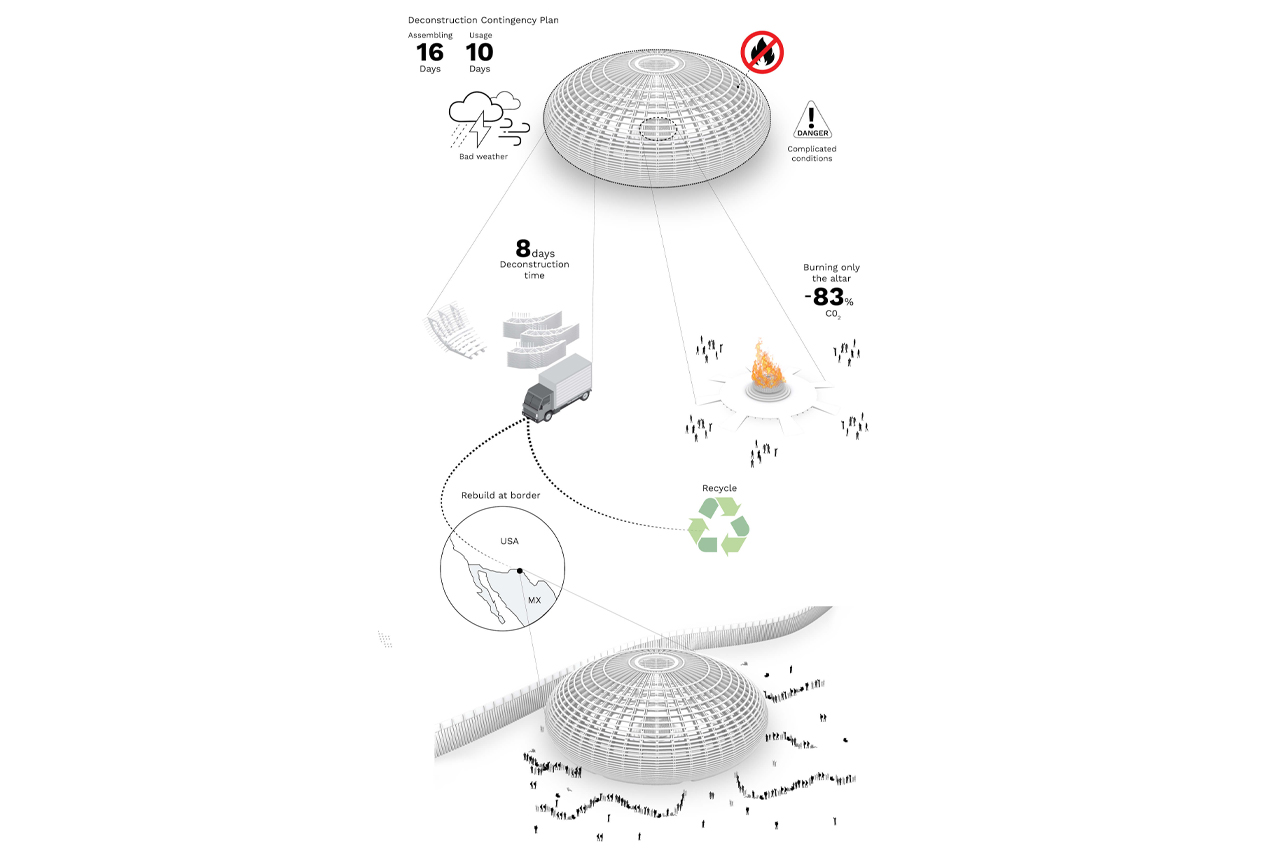 How do you show a smell?  No, I’m not talking about mirrored shelves at Sephora. I’m talking pure scent. En Esencia is an olfactory exhibition…

Not many architects would have the patience, passion and persistence to design, take part in competitions and constantly produce work for over 10 years, with…

Fire hydrants. They’re red. They give firefighters access to water to put out fires. Dogs pee on them. They work pretty good for what they’re…