Designed to integrate right into the wearer’s shoe, the Ashirase uses a series of haptic ‘tickles’ to help guide the visually impaired as they walk, providing a much more intuitive and effective alternative to using a smartphone.

The Ashirase has a rather heartbreaking backstory. Honda EV-engineer Wataru Chino began working on the concept following the death of a slightly visually impaired relative under circumstances he deemed avoidable. Determined to come up with a much more effective solution to help the blind navigate roads freely and safely, Chino saw no alternative but to craft together a design solution. Honda even helped incubate the design and build the startup through its new-business incubation initiative, IGNITION. 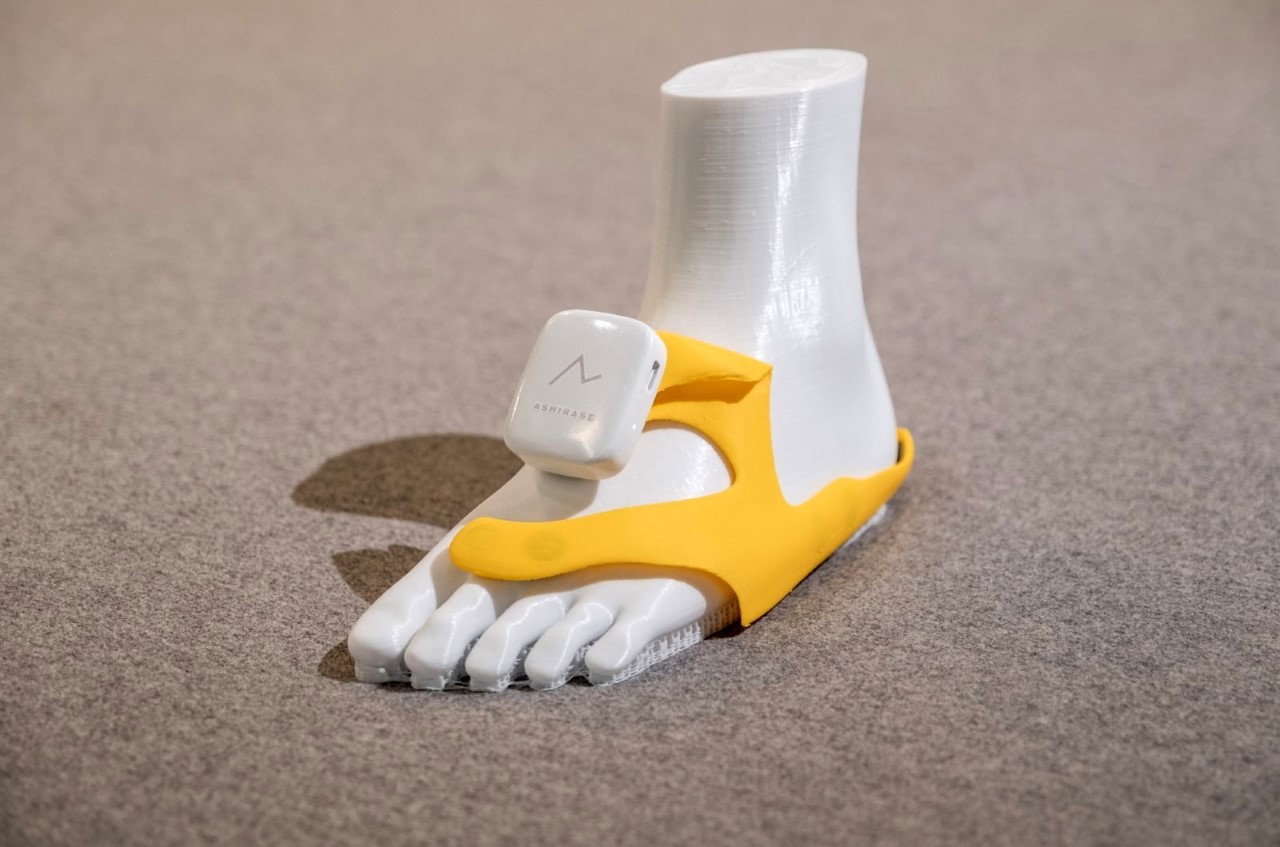 Armed with one less sense, visually impaired pedestrians find it incredibly difficult to navigate to unknown destinations. With their limited senses occupied in concentrating on directions, they can often forget to pay attention to their surroundings or the roads, putting them in danger. The inverse is problematic too, because when they pay more attention to their immediate surroundings, they could in the process forget to follow the directions correctly and get lost. Chino’s solution helps the impaired concentrate on the road while also being able to intuitively receive directions in a less-distracting way. The wearable sits sandwiched between the foot and the wearer’s sneaker. This frees up the user’s hand to hold onto their walking cane (as opposed to their smartphone), and allows them to use their ears to sense their surroundings (instead of listening to audio directions). 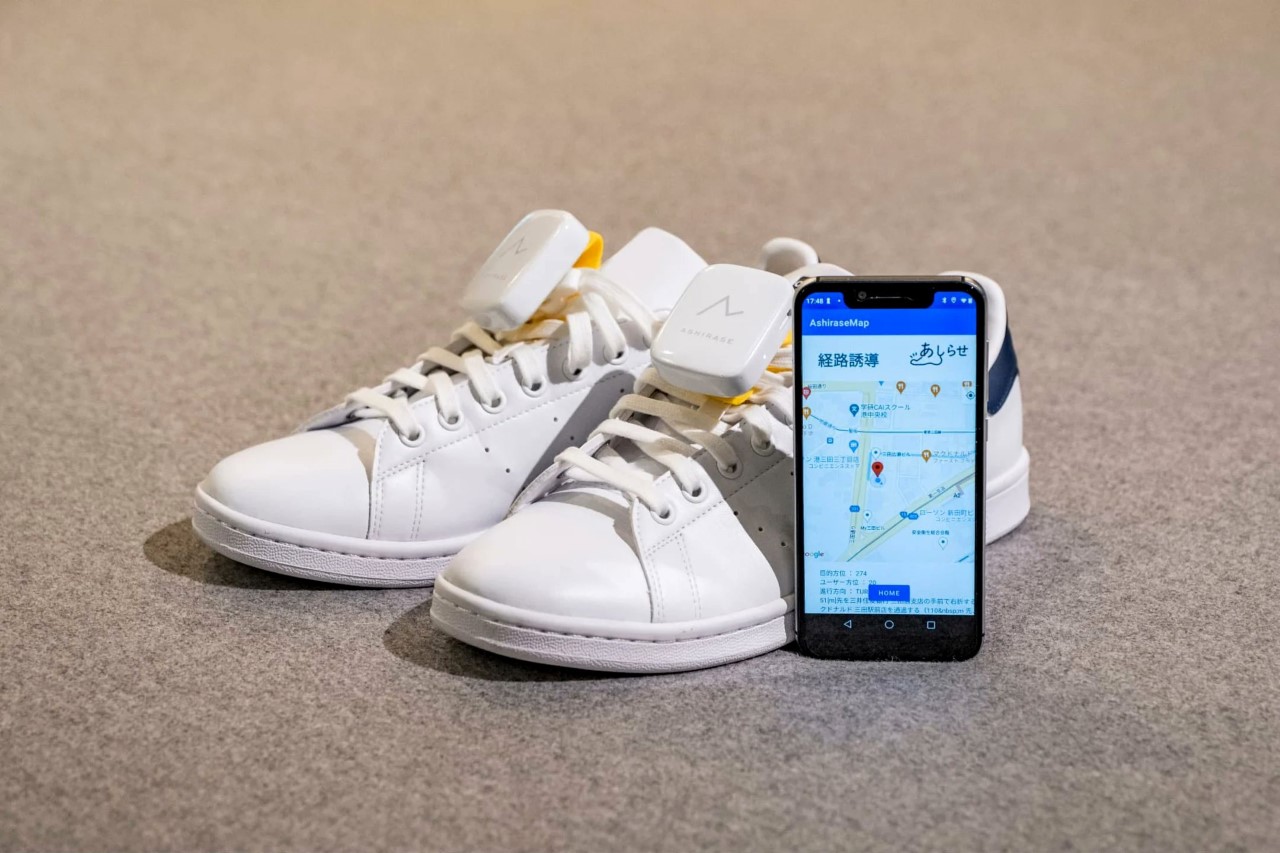 The name Ashirase comes from the Japanese word ‘oshirase’, for notice/notification, as the in-shoe wearable helps notify the wearer while they walk, effectively guiding them through a series of vibrations. The in-shoe wearable comes in two parts – a silicone band that wraps around the foot, and an electronic ‘compass’ that provides the haptic feedback. Wearables on each foot help guide the user in any direction, guiding the wearer to their end-destination that’s fed into Ashirase’s smartphone app (which also decides the most optimal path for the wearer to take). The app currently runs on the Google Maps API, which provides a few limitations like needing the internet to work, and not being able to provide effective navigation indoors, although the company is already working on overcoming those drawbacks.

Chino’s startup plans on releasing a beta version of the Ashirase system in Japan in October or November of this year, where users will be provided with free versions of the wearable and the app for testing purposes. Following the public beta, Ashirase is gunning for a commercial-ready product by October 2022, with a subscription-based payment system that should cost somewhere between $18 to $27 (or 2000-3000 Yen). 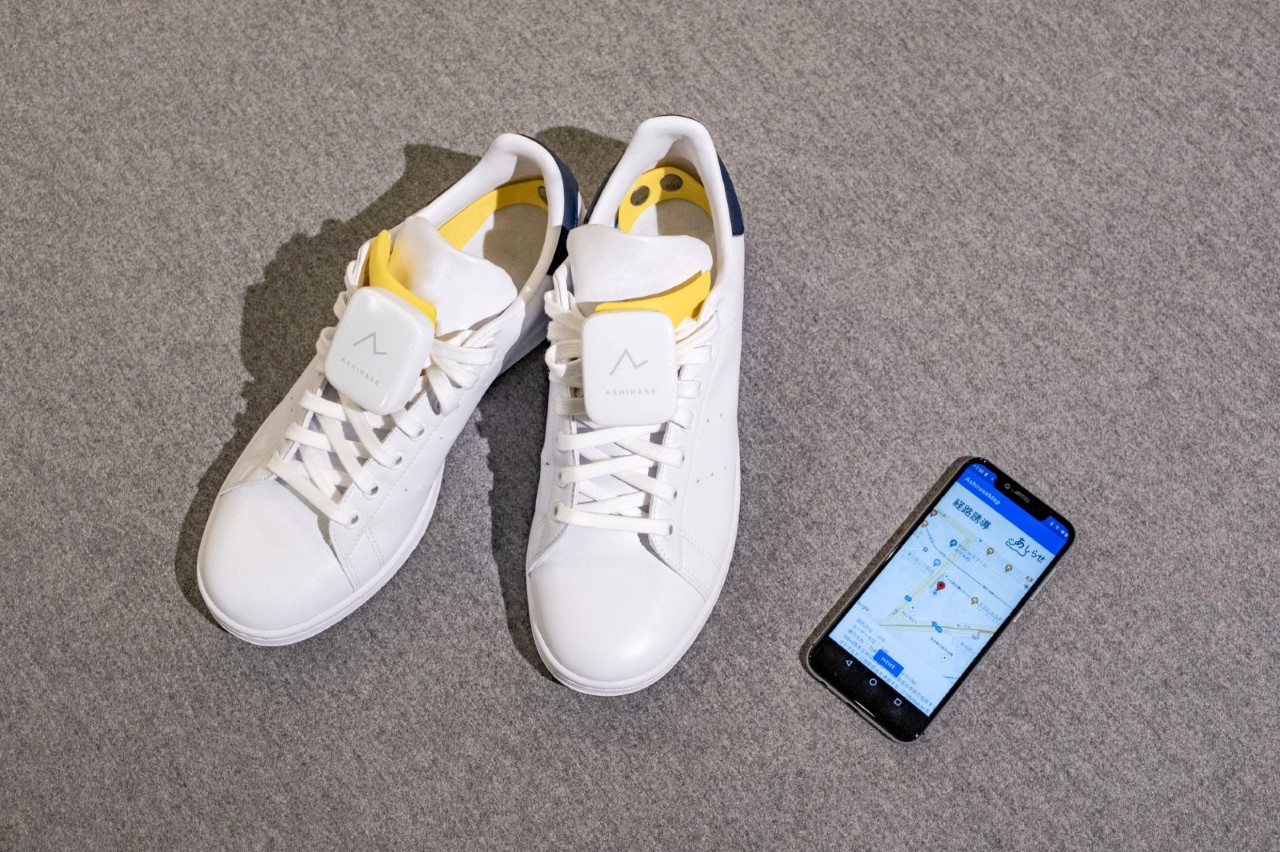 I wear my fitness band to sleep. The idea is to keep track of my sleep pattern. Ideally, you may be doing the same, whether…

This Fitbit-inspired dog collar is on point with keeping your pet safe and healthy!

Do you wish you could track your dog’s location in case of emergencies but don’t want to embed a tracker in his or her body?…

Titled the Apple Watch Loop, this concept by Felipe Duarte does two things – it brings variety to Apple’s smartwatch offering and adds a beautifully-basic…